What other nations think of Russia 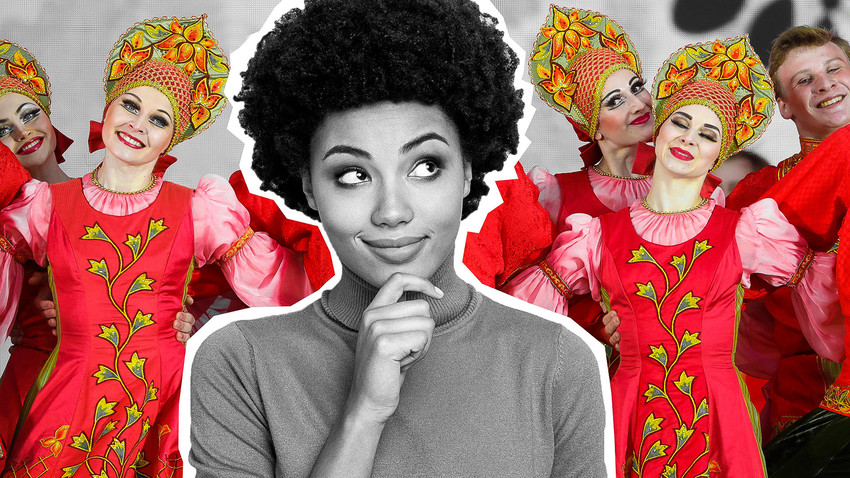 Michael Metzel/TASS, Legion Media
The stereotypical image of Russia does not always coincide with reality, but sometimes it is all that Russians can hope for. We polled our readers and analyzed Quora users’ thoughts on how they view Russia and its inhabitants. The results were funny, controversial, and at times a little insulting.

Don’t mess with them

“Russia. They are some tough, hard mother-f*ckers. I know that there’s other language I could use, something less crude, but it wouldn’t be as accurate. Suffice it to say, Americans, even though we have some tough guys scattered about the population, are a bunch of cupcakes compared to the Russians.” (Joe Taylor)

“The meme for Russians is ‘战斗民族’ which means ‘people of war’. No matter what the reason is, they always seem to think it necessary to fight.” (Bo Sun) 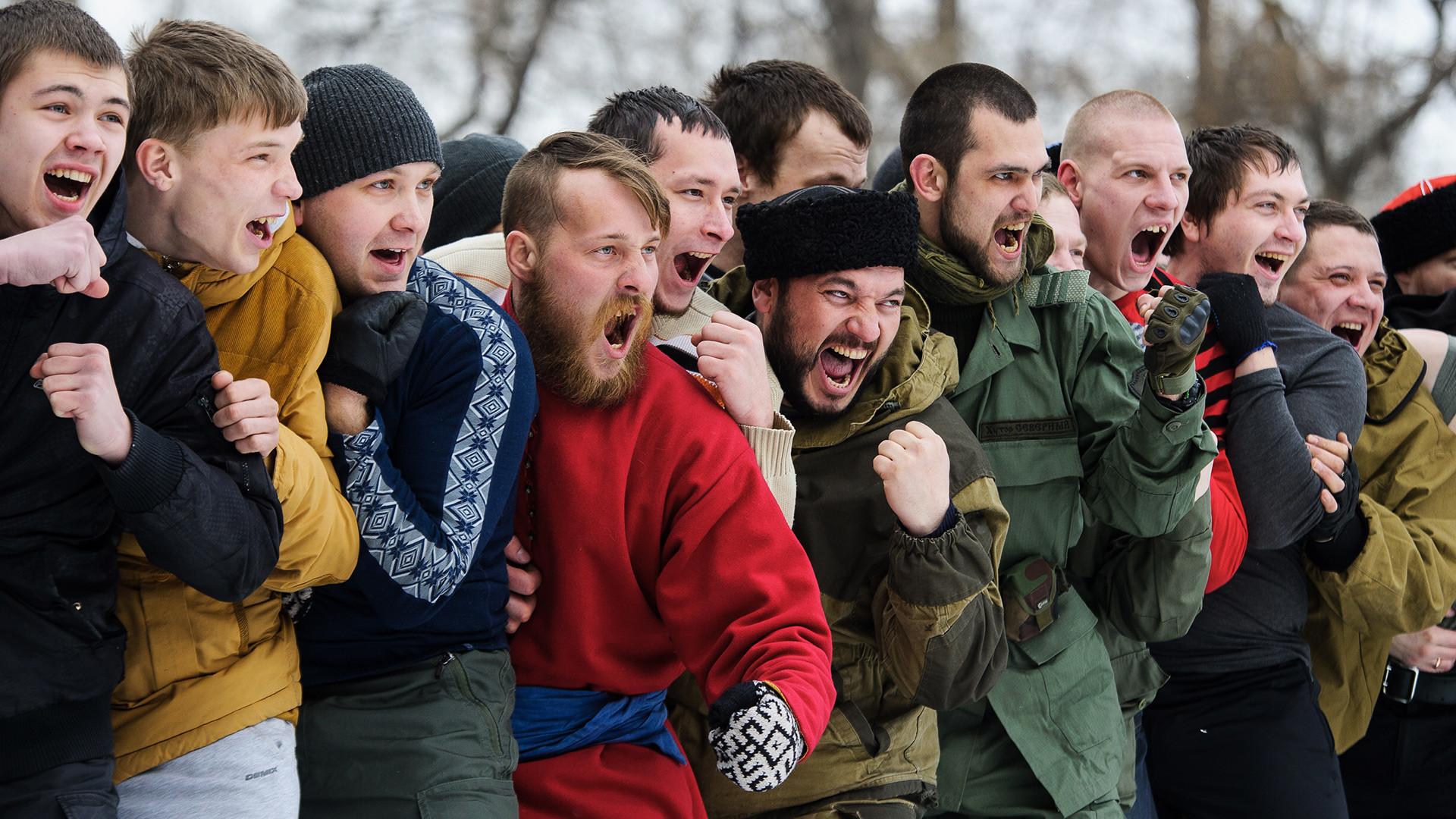 “However, most Chinese people see Russia as a soldier who writes poems.” (Toestos Hook)

“No one has successfully invaded Russia since the Mongols in 1223. Many have tried, but they usually got caught up in a combination of scorched earth tactics and logistical problems (first Charles XII of Sweden, then Napoleon, and finally Hitler).” (Ryan Jiang)

Their food is not that great 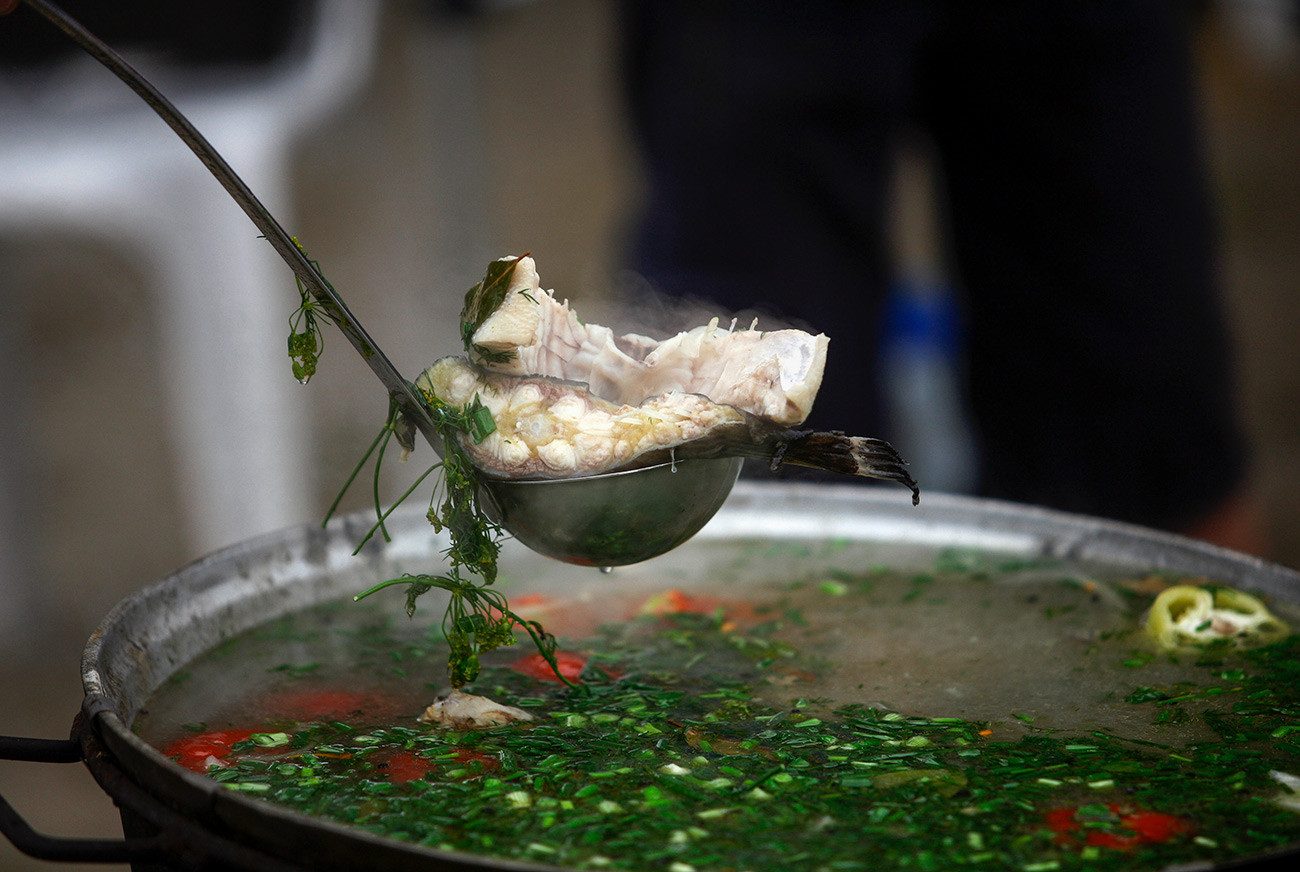 “I’m an Englishman married to a Russian. Firstly, Russian people will tell you that there is no such thing as ‘Russian Cuisine’, only foods that go well with vodka… and they are only half joking. Secondly, Russian food (as all foods) vary from the utterly divine to ‘WTF is that?’. Ukha, a.k.a. fish soup. This falls into the WTF category. Everywhere I’ve been offered this it has been a grey dish-water slop with vague bits of something in it and a fish skeleton. Yep, a fish skeleton exactly like the cat gets given in a cartoon.” (Sean Clitheroe)

“When I ate in Russia, whether it was potato, or chicken, or insert other bland food, it was boiled to death. Beyond recognition. Or it was swimming in butter and cream, like kasha (porridge). And ugh, my personal least favorite — okroshka. I’m sorry, but kvas (a fermented bread drink) and kefir (basically buttermilk) should not go in a dish together. Just no.” (Naï Damato)

“Russian foods in my experience aren’t any more terrible than those from countries like Sweden, where they also eat a lot of herring and mayonnaise.” (Brian Dong, California)

Their girls are pretty, their men not so much 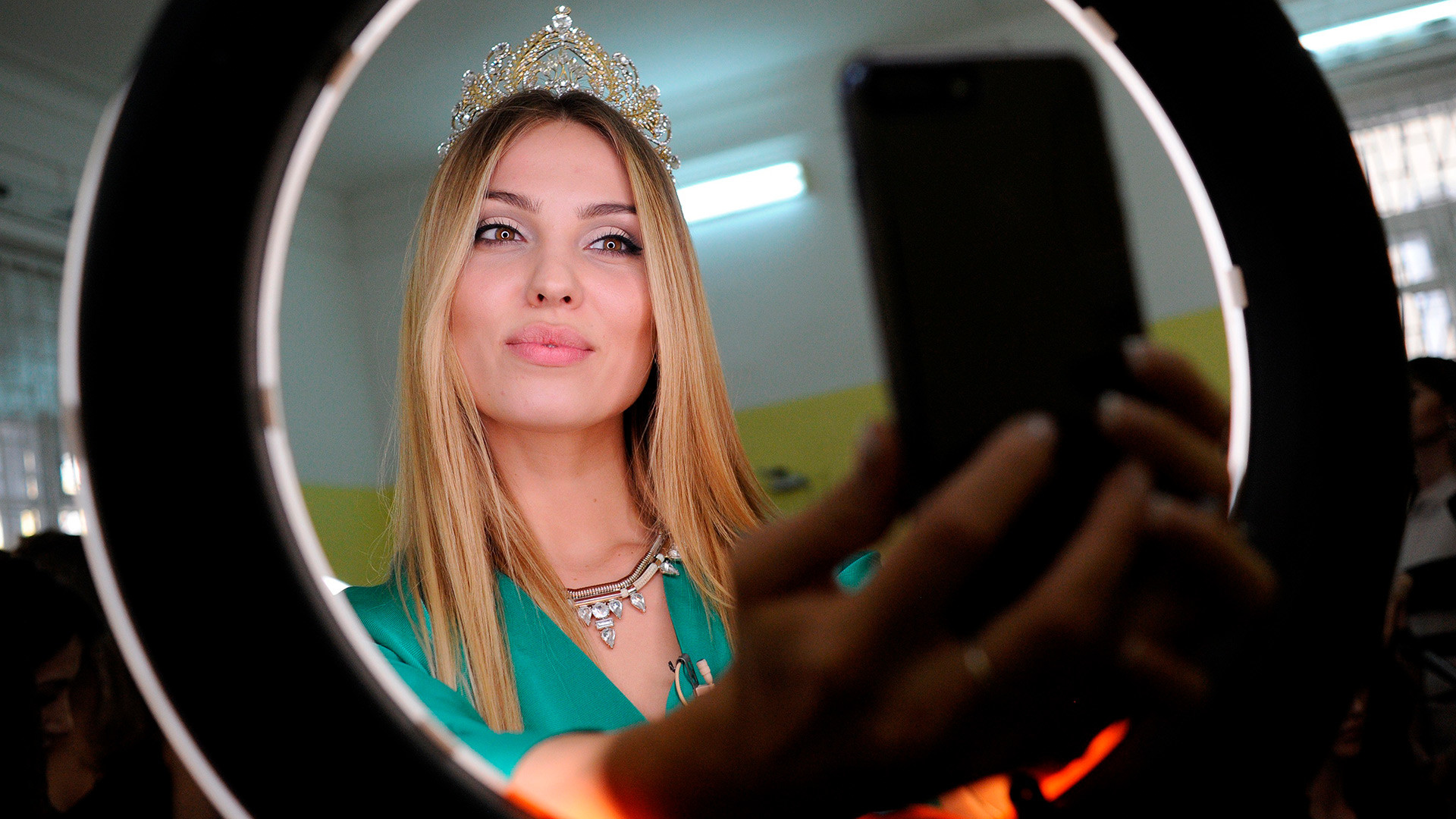 “I was baffled to see so many couples in their 40s and 50s consisting of an overweight hairy middle-aged man married to a woman who seemed to have aged incredibly well like Halle Berry. Even among younger couples, there are many visibly unattractive, brutish men dating supermodels.” (Ryo Yokoe, Japan)

“I am a Brit. My girlfriend is Russian/Ukrainian. Of course she is beautiful. We were both using eHarmony, a popular internet dating site. We arranged to meet up in a bar close to where she lived. I did actually see her when she came in, but my initial assessment was ‘she’s stunning, but far too pretty to be the lady I’m looking for’. I kept on trying to spot my date and it wasn’t until she stood right in front of me that I realised that the stunning woman WAS my date.” (Andrew McLeish)

“I'm sure almost every Chinese knows some Russian songs, poems, and novels. Many Russian melancholic songs are like a tough man whispering some gentle words to you.” (Xiao Lin)

“The writers! Dostoyevsky… Solzhenitsyn… so many it boggles the mind. As a kid, I read a slender book of Russian proverbs and sayings. My favorites included “Every man is a hero to his dog,” and “Half a loaf of bread is bread, but half the truth is a lie.” (Cortney Hollister, USA)

Russians care what others think of them 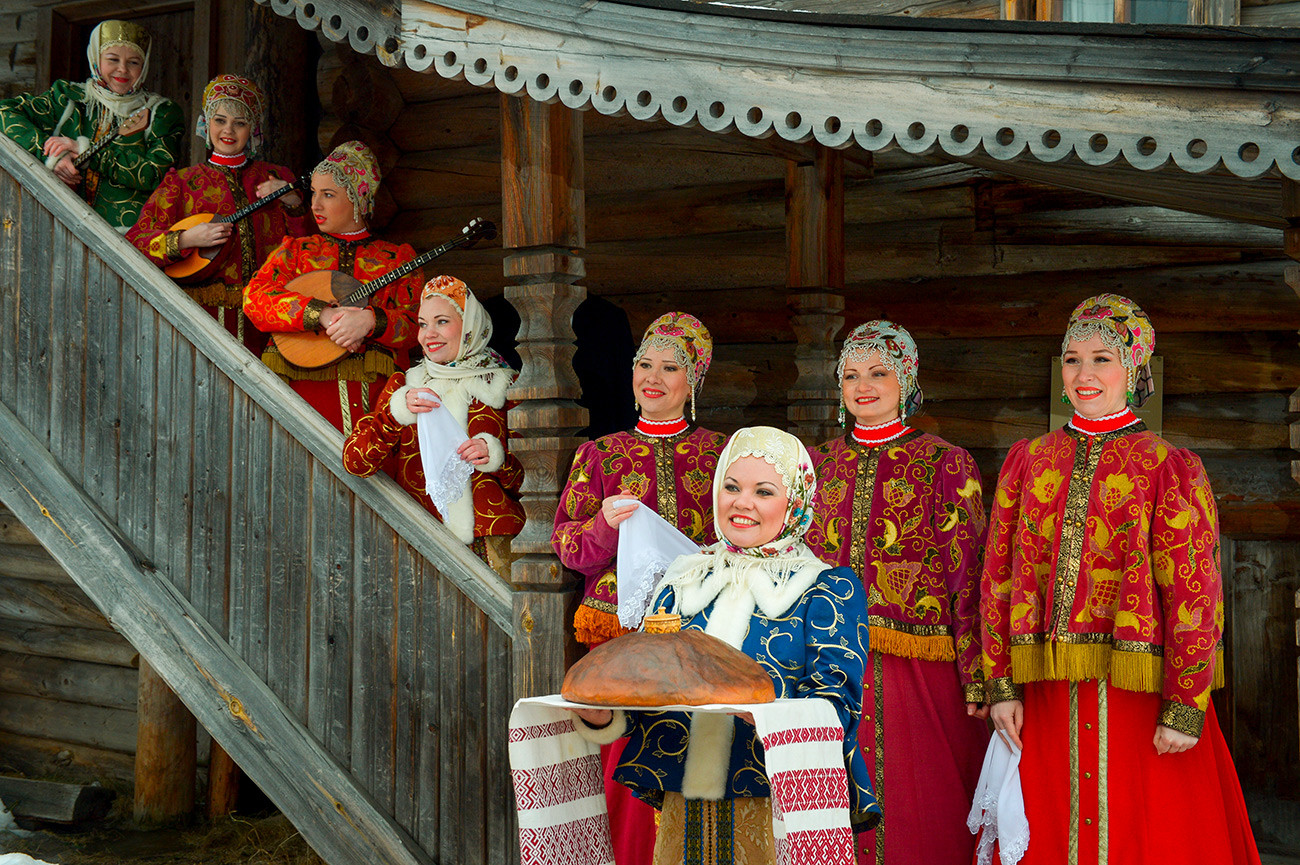 “Most people we met hadn’t had the opportunity to travel a lot outside of Russia, so they were excited to hear our stories from abroad. One question that was asked by everyone was ‘what do foreigners think of Russia?’ It’s the only country I’ve been to where people have asked me this consistently and actually care to know. I think that speaks a lot about the people.” (Amanda Tran, Australia)

“Few nations in the world that once were great powers and later lost out ended up back in the same place. Russia was in a way the first to break this law. After going almost financially bankrupt in 1991, the nation went through a severe leadership lacuna, and to add insult to injury, there were separatist movements in some sensitive zones. The people of Russia were literally ready to give away everything to get back their glory.” (Sayak Biswas, India)

They’ve suffered and achieved a lot 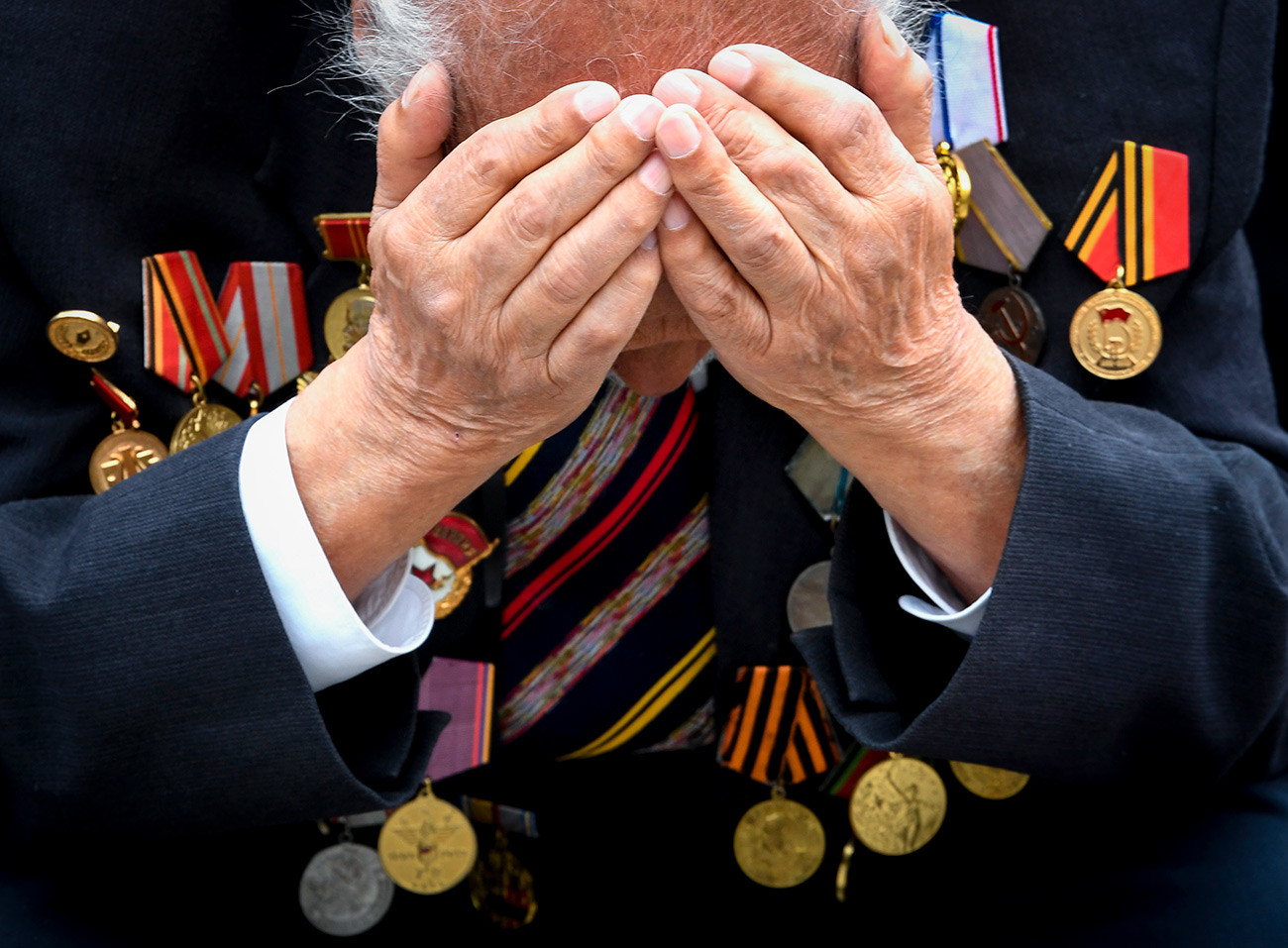 “They are a nation that has suffered greatly (think of the Stalinist purges and the incredible loss of life in WWII) and that has left an indelible mark on the psyche of their nation. Yet they have given the world a taste of Russian exceptionalism with their art, literature, and zest for life.” (PJ Clarke, USA)

“You beat us into space. (But we beat you to the moon, IN YO FACE! 'Merica!)” (Fredrick Wheatley, USA)

“Most Americans think of Russia (if they think of it) as a vast, cold place that is still quite traditional and conservative —- a place that still resists the adoption of modern ‘Western values’. That all may sound like a negative impression, but Americans also tend not to write off whole national populations as irredeemable or awful. Before and after my own visit to St.Petersburg in 2009, not one person in the US I talked to about the trip had a negative response. People were curious and envious and intrigued, but no one said, ‘Russia — yuck!’ or anything like that.” (Joe Roberts, USA)

“I learned the Russian language for three years in the university, with the Russian name Tolya, which my teacher gave me. Russia is a country with a gorgeous and proud history. Russia is a land of disasters and self-redemption, with a long history filled with both weirdos and heroes”. (Du Shu-Jie) 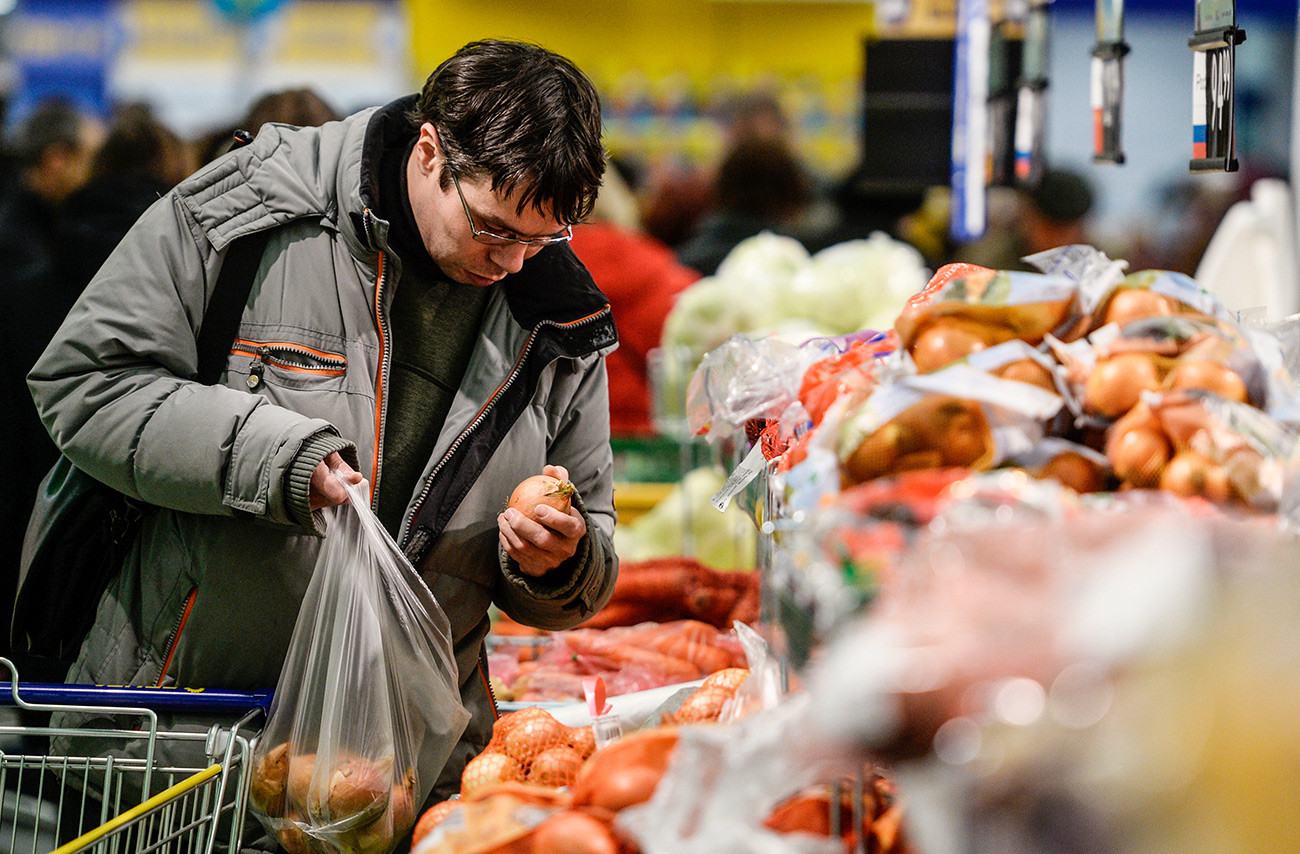 “Russian prices are very cheap. We mostly paid around 250 rubles ($3.50) when eating out, groceries are affordable (from a foreigner’s perspective), fuel is cheap, and trains are a good price given the distances you travel.” (Amanda Tran, Australia)

“I stayed in Russia for a month at the time of 2018 FIFA World Cup, arguably a very bad time to visit for a budget traveler, and I spent close to 100,000 Indian rupees ($1,400) in 30 days (everything included, even the flights). I personally think it was a bargain!” (Nirlendu Saha, India)

“I’ve always loved Russian history. Russia is part Europe, part Asia, and it does not fit in either. Russia has never been truly accepted by other nations. Even with the inbreeding of Russian tsars with European royalty, they never seemed to totally be trusted and fit in.” (Leonard Wolff, USA)

“You don't do fake happiness. Smiles are reserved for when they are needed instead of all the time. Russians strike me as quiet, reserved people who just don't give a damn until it’s truly appropriate. Russia is more real than America in some instances.” (Fredrick Wheatley, USA)

“The people! What I've read about them…they don't smile like we Americans, because they seem to think it's disingenuous. Good point.” (Cortney Hollister)

“Many of us see them as a contented group of people who want nothing much in life. They just want to be comfortable — with basic amenities, bread, cigarettes, and vodka, send their kids to school, take care of their old ones, be respected, and die peacefully. They're not aggressive as many think.” (Soogun Omoniyi)