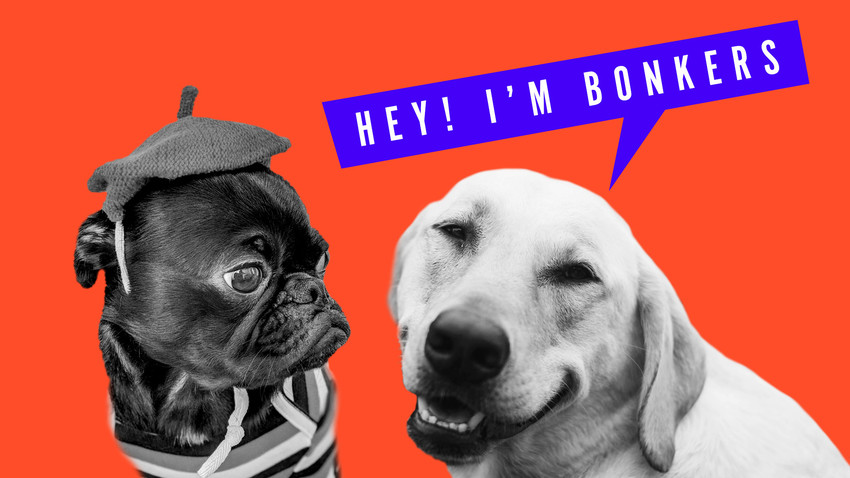 Irina Baranova
When you live in any culture long enough, you pick up habits. In Russia, some of these habits can turn you into an awkward, and sometimes rude, guest in other countries. An American living in St. Petersburg shares his observations.

1. Not knocking on bathroom doors 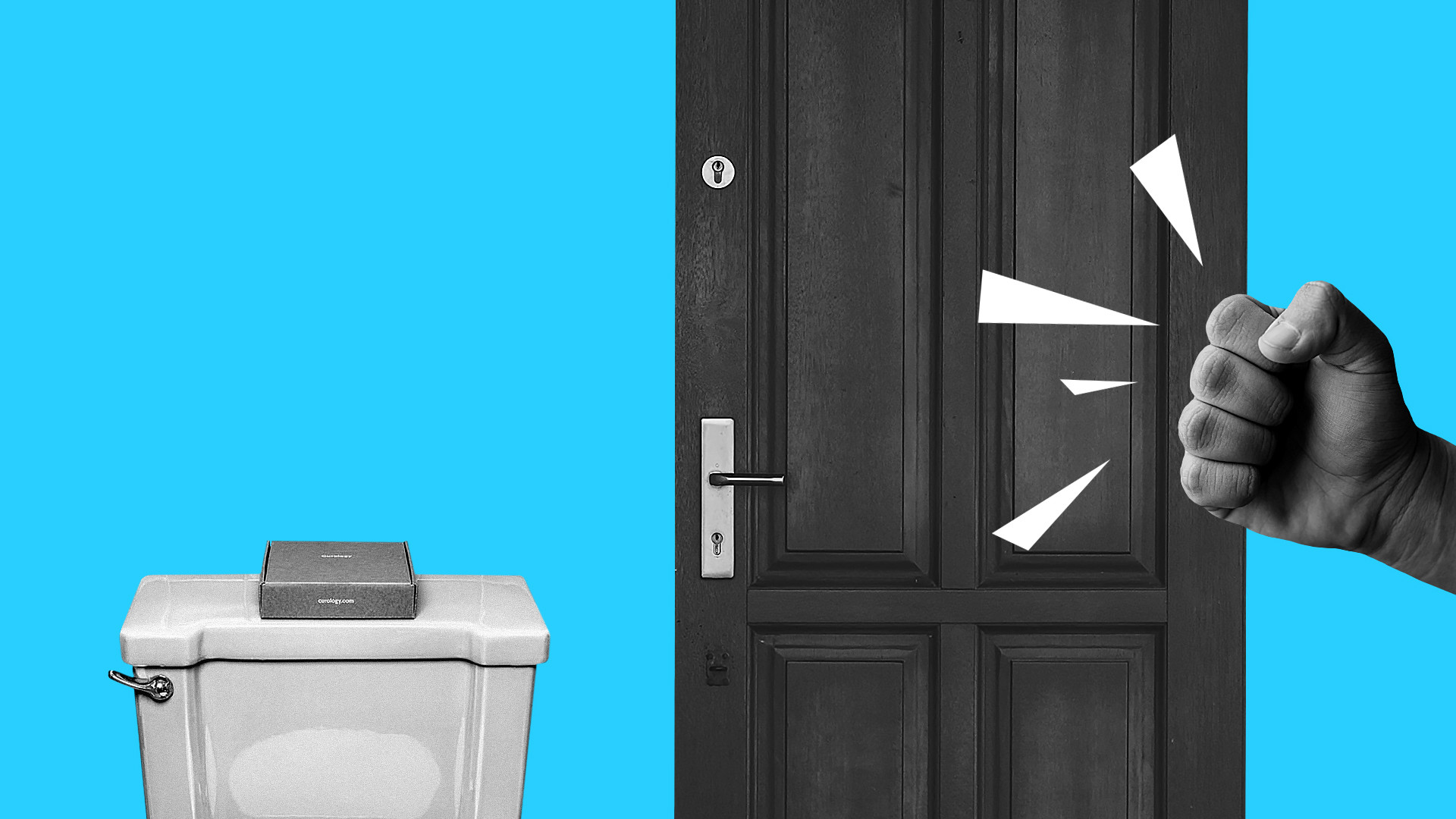 If you are a Russian that knocks on bathroom doors, congratulations, you’re a saint. The combination of bathroom doors that don’t properly lock and the habit of Russians to just barge in is a sick cosmic joke.

The first time I brought this phenomenon up to my friend Ivan, he raised an eyebrow and asked,

“What are you doing in the bathroom that’s so secretive?”

“You mean other than blowing up my nuclear family of sex-dolls?” I asked.

Whether this was insight or bullshit, I am not sure. The mystery of Russian bathroom-barging remains ever-elusive. The problem is that, as an impressionable man-child, this habit has followed me to other countries where my new found bathroom-barging habit is very rarely taken in stride. 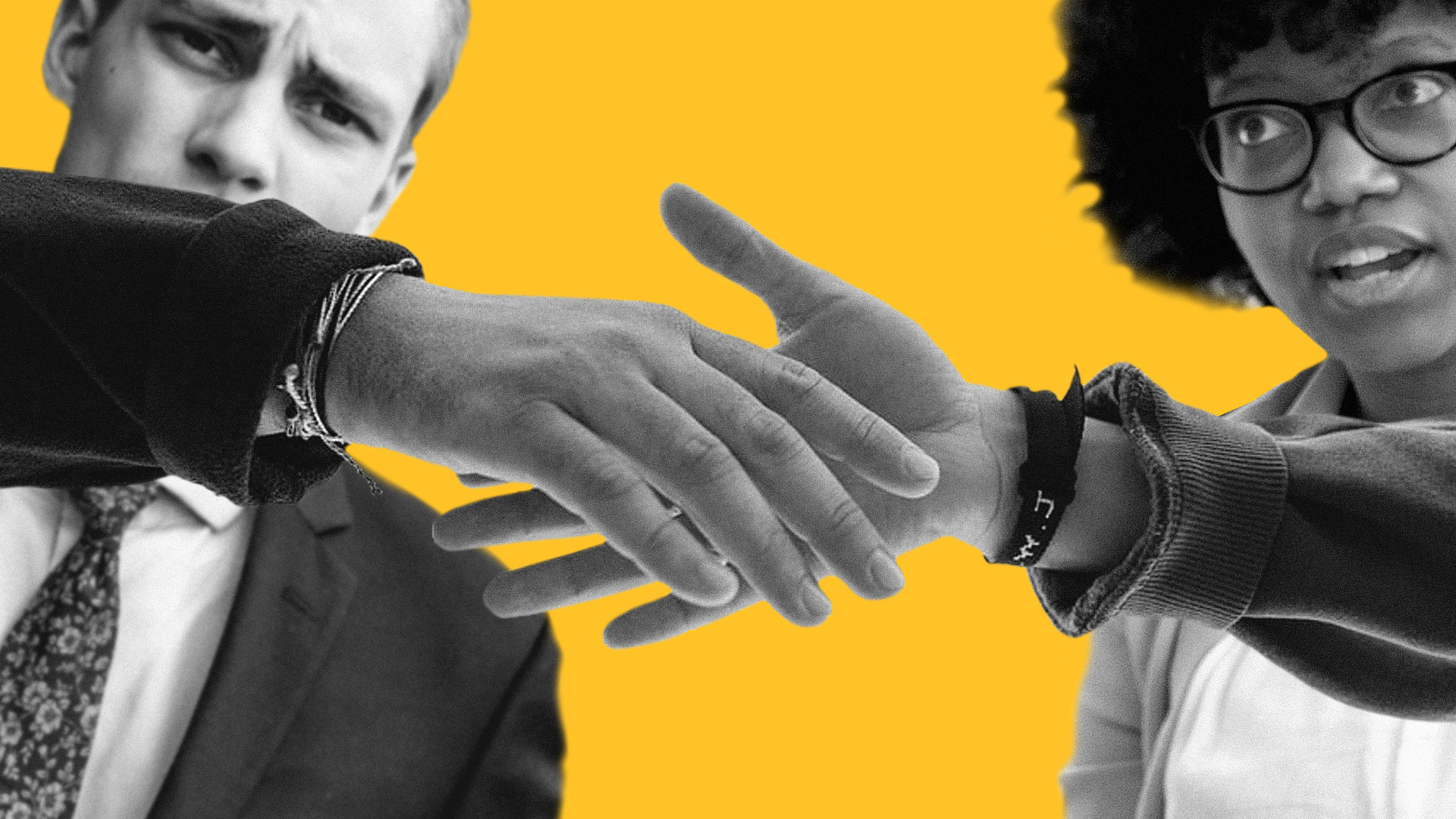 In Russia, often, men and women do not shake hands. When I first came to Russia, I’d try to shake hands with everyone. I’d walk right up to a group of people and indiscriminately reach out my hand, only to find that in many situations my hand would linger, and some woman would be looking at me as if to say, “you want me to touch that?”

And I’d awkwardly wipe my hand on my pants and hope everyone would move past it. This happened enough times over two years that I naturally stopped shaking hands with women in a group. This was until I was at a conference in Switzerland when I stepped into a group, shook hands with the men, nodded to the woman, then as I began to start speaking, the woman stuck her hand out.

I felt the wind adjust around me as, somewhere in the world, my mother held her head in shame.

3. Not smiling back to people 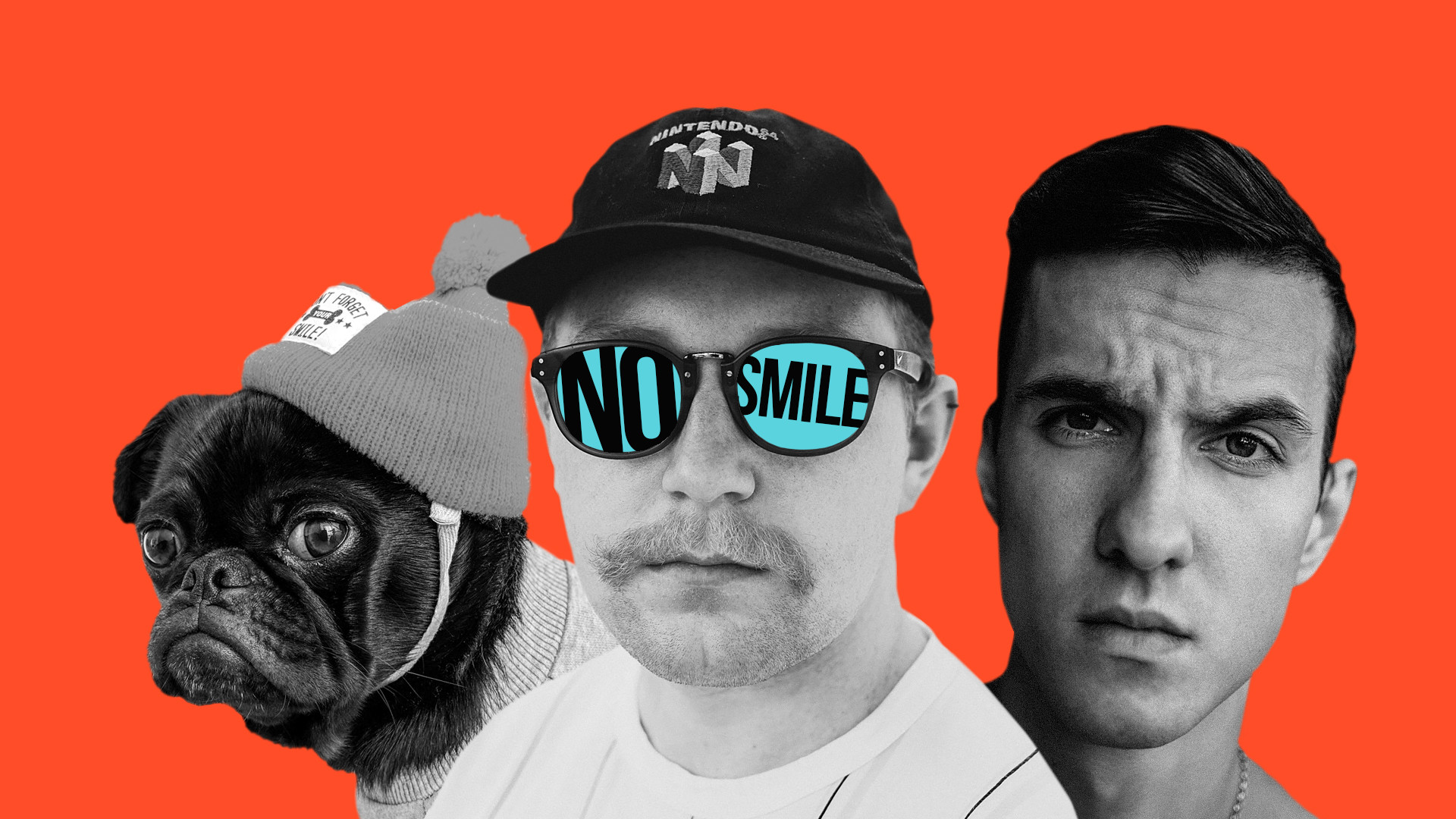 Russians do smile, but often only if they have a reason to. If someone in Russia is randomly smiling at passersby, people will be very confused and think that something is probably wrong with the person. Yet in America, smiling alleviates the awkwardness of random eye-contact, as though to say, “oh, sorry I was looking at you as we passed by each other, I promise, I am not a crazy person.” But if you smile randomly as you make eye contact with a Russian, your smile is more likely to say, “I just ate a squirrel behind that building over there and I might follow you home later and lick the contents of your sock drawer because—hey! I’m bonkers.”

If you live in Russia long enough, you just stop smiling if you find yourself in an awkward situation, and so, when you find yourself in America and someone smiles at you, you stare straight through them. Instead of giving them your normal smile, which says, “oh, sorry I was looking at you as we passed by each other, I promise, I am not crazy.” Your look of blank emotionless sociopathy tells the person, “I just ate a squirrel behind that building over there and I might follow you home later and lick the contents of your sock drawer because—hey! I’m bonkers.” 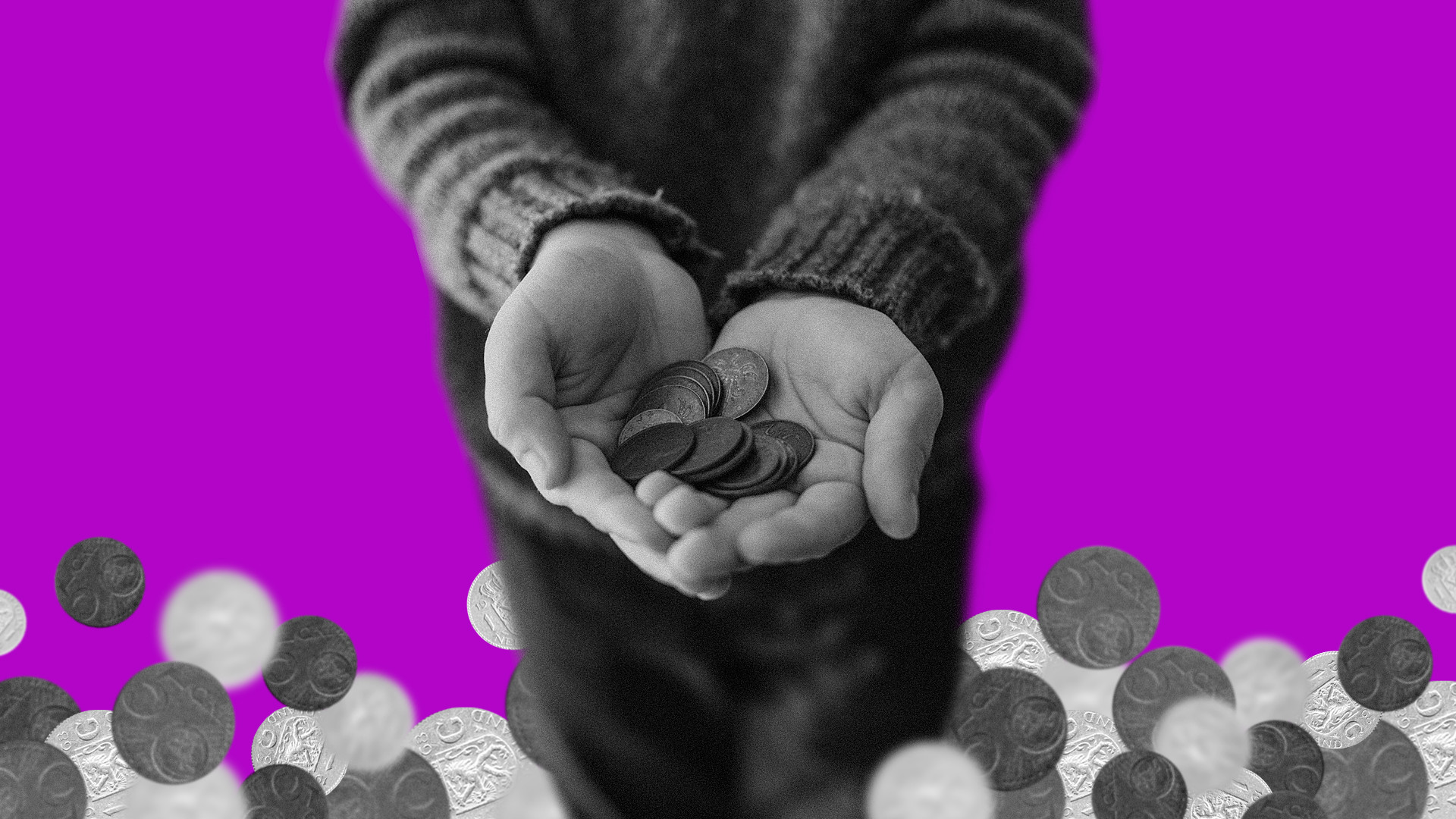 On more than one occasion in Russia, I have been turned away from shops for not having exact change. In bigger grocery stores, malls, chain restaurants, this isn’t an issue. But, there are many stores that don’t want to waste all of their small bills and change on breaking your 5000, or even 1000 RUB note. Especially if you’re in a situation where you’re using a 1000 or even 100 RUB note to cover a couple of extra rubles.

In America, there is the policy: “The customer is always right.”

In Russia, there is the policy: “Don’t be an asshole.”

This is why, when someone doesn’t have exact change in America, it is the store’s problem. Most of the time American customers won’t be rude in a situation like this - it is rare and understandable. But, some of the time Americans will take this as an opportunity to chew out the store, the cashier, the manager, and so on. In Russia, it is your problem if you don’t have exact, or at least smaller, change.On more than one occasion I’ve been turned away from shops because of it. Any foreigner who chooses to tell a Russian cashier this is somehow their problem is in for a very unpleasant surprise. So, now I carry small change and always try to pay around the exact amount. The great thing is that when you get to know Russians in your area, they’ll often let you pay later.

When you take this change-counting habit home to America with you, all Americans, rude and polite, will be standing in line behind you, cursing you to the very depths of hell.

5. Cheers-ing everyone at a table 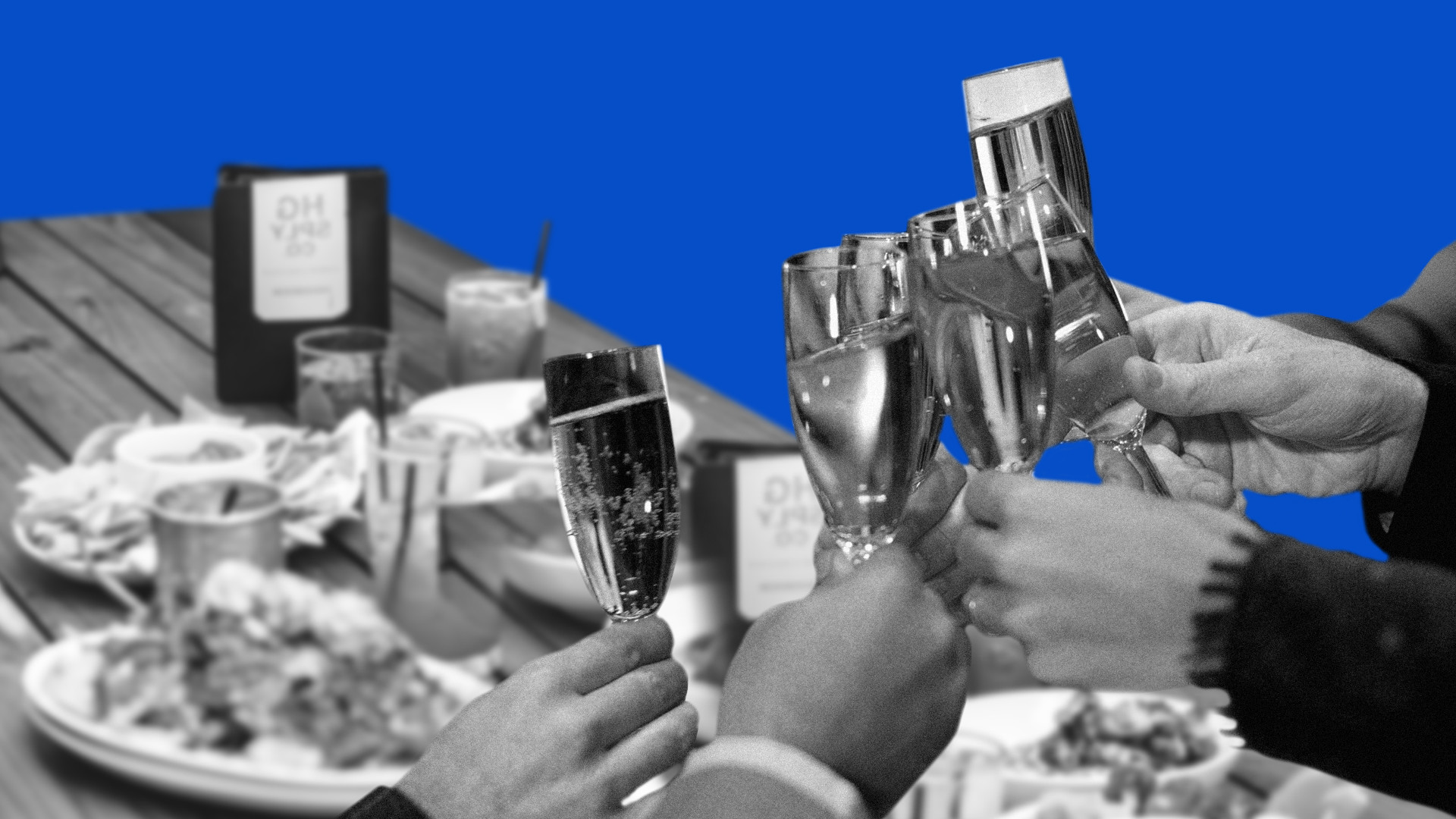 If you ever are at a Russian gathering and someone gives a toast, it is important, and good manners, to cheers everyone at the table. In America, you can get away with some eye contact and a tip from across the table, but that won’t do in Russian company.

Toasting culture is a big part of birthdays, company events, holiday parties and so on in Russian culture, so be prepared to reach across the table a few times.

When you visit places outside of Russia, this can get a bit awkward. In some weird turn of events, it’ll look like you’re over-eager, one-upping everyone, or desperately trying to sleep with the person you’re reaching across the table to cheers.

6. Hanging up on people 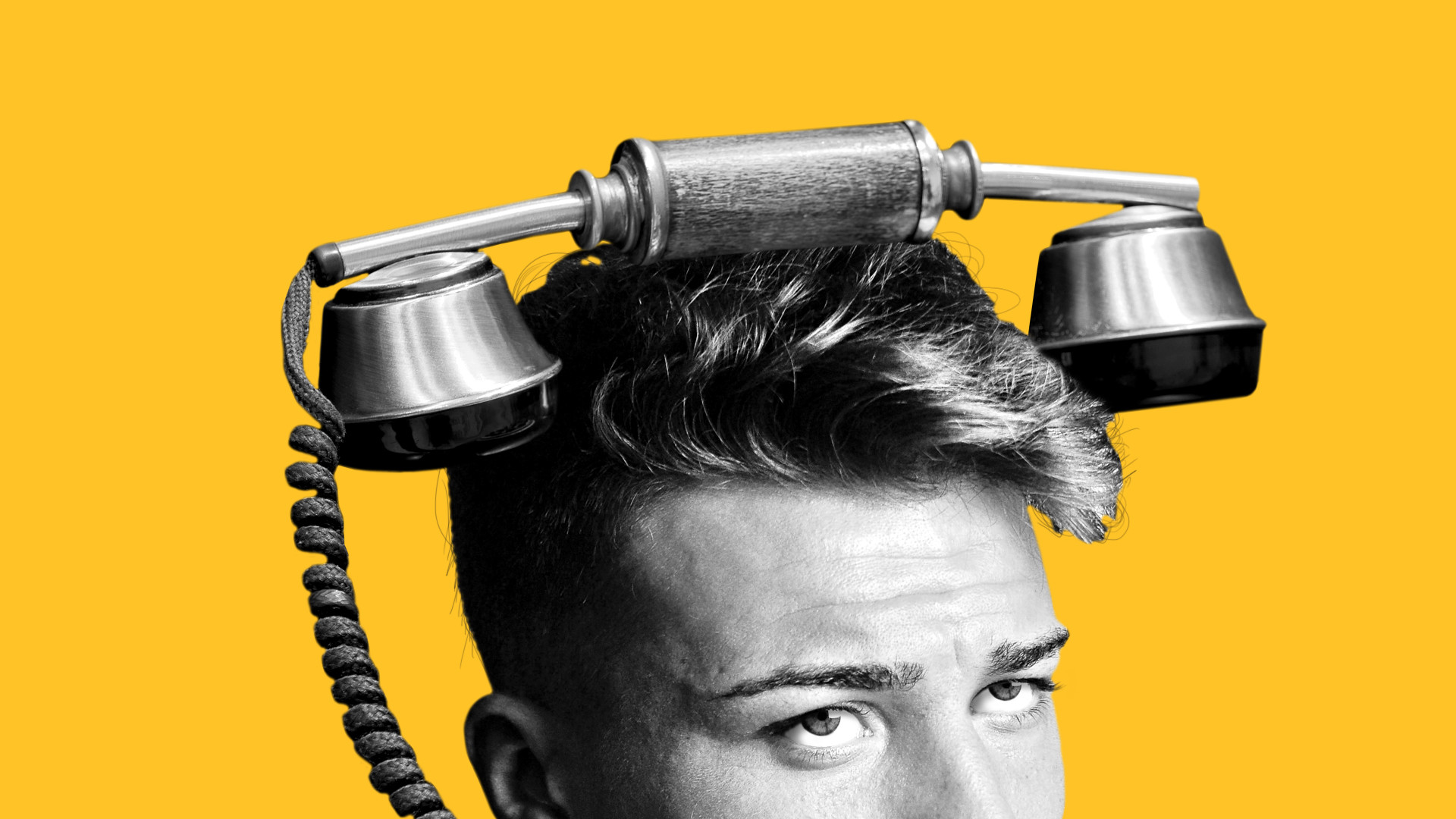 Despite being a culture that will happily spiral down into any depths in conversations on all sorts of topics, there is one conversation that has never happened in the history of Russia. It goes something like this:

“No, silly goose, you hang up first.”

“No! I thought you were going to hang up!”

For my first six months or so living in Russia, the abruptness with which Russians will end a phone call confused me. Did I say something wrong? I’d wonder. Embarrassingly, I would even call some people back and ask, “Oh, sorry, I think we got disconnected.” And they’d say something like, “Nope--did you need something else?”

What I had at first found hurtful, I later started to appreciate. There really is no purpose to the song and dance of saying goodbye on the phone. It is a useless pleasantry that doesn’t really serve a purpose.

So, after a year of living in Russia, when I later hung up the phone on my mother, she was quick to call me back and say, “You just hung up on me! First, you didn’t shake hands with our new paralegal last time you were home, and your father wanted me to remind you to stop making jokes about his sex dolls.”

That being said, I have been told young Russian couples get all gooey and romantic during late-night calls, where they might do the whole “you hang up first!” thing - perhaps these emotions in time simply transform into the Russianness that we know so well: direct, to the point and no unnecessary fluffiness. Though, certainly not all Russians would describe themselves as cold.