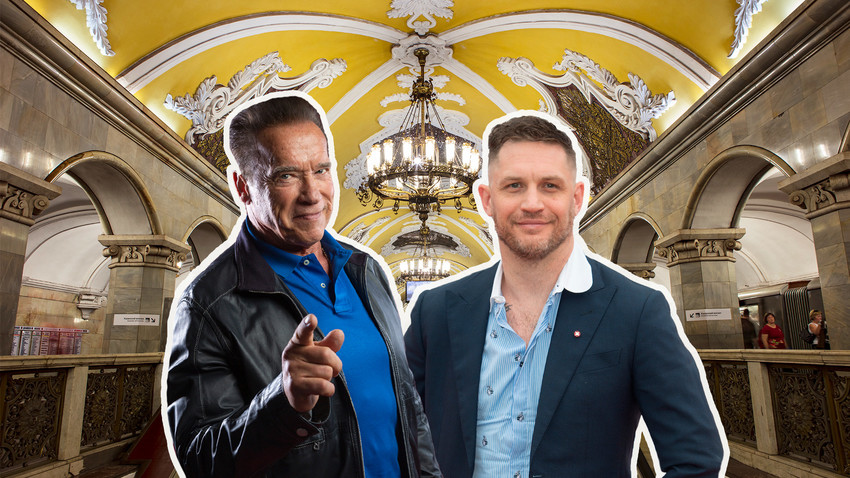 Getty Images, АР
Arnold Schwarzenegger, Pierre Richard, and Hideo Kojima went down the Moscow subway — and came up convinced that it’s one of the best in the world.

Schwarzenegger in Moscow subway in the rush hours pic.twitter.com/KnXy0CBW

The famous Hollywood actor and ex-governor of California came to Russia in October 2010 at the personal invitation of then President Dmitry Medvedev to take part in the Global Innovation Partnership Forum.

The Governator rode the metro, accompanied by the US and Austrian ambassadors. He got on at Okhotny Ryad station, switched to Teatralnaya, and continued as far as Novokuznetskaya. Schwarzenegger was followed all the way by people filming on phones, causing a minor crush in the process. Fortunately, no one got terminated.

After his ride, Schwarzenegger tweeted:

Arnold has visited Moscow several times since, but didn’t go down the subway. 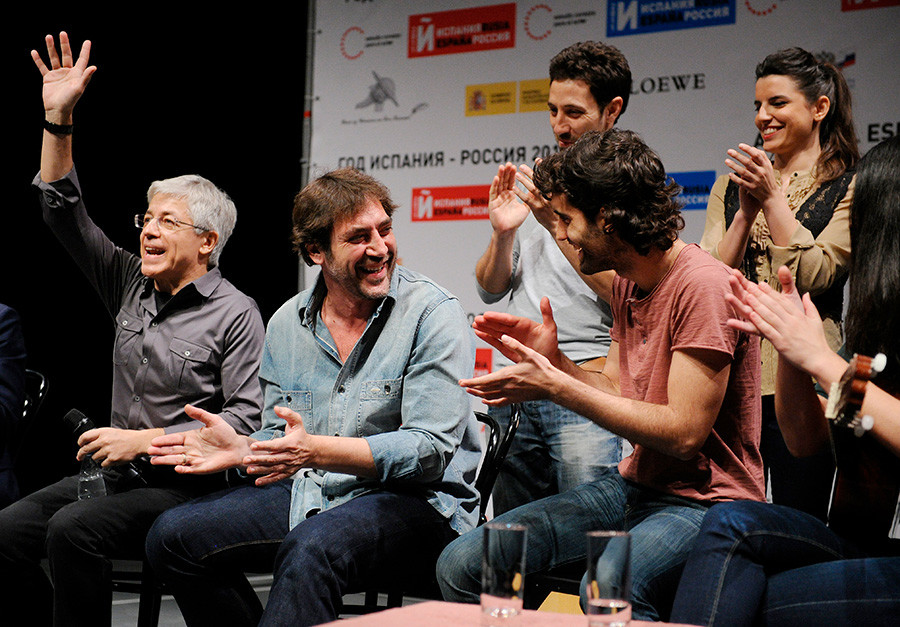 Spanish actor Javier Bardem flew to Moscow in 2011 with Penelope Cruz to attend the premiere of the movie Pirates of the Caribbean 4. However, unlike Schwarzenegger, his appearance in the metro was unplanned — bad traffic meant Bardem was late for a master class with theater students, so he hopped on the subway to speed things up.

He didn’t comment publicly on his trip and didn’t cause much commotion — perhaps because fellow passengers didn’t recognize the actor.

French actor Pierre Richard came to Moscow in February 2016 for the premiere of his one-man show Pierre Richard III. Unable to resist the allure of the Moscow metro, he was given a night tour of Baumanskaya and Ploschad Revolyutsia stations after closing hours. He even rode in the driver’s cab of the very first A-type electric train, which carried passengers from 1935 to 1975.

“It is clear to see that Muscovites treat the metro with huge love and respect, especially when you consider how everything is so clean and beautifully done, how it’s maintained. It’s not a metro station, but a museum. In Moscow, you don’t need to go to museums, you can enjoy beauty right there in the subway,” was how Richard described his impressions of the Moscow subway in an interview with TASS. 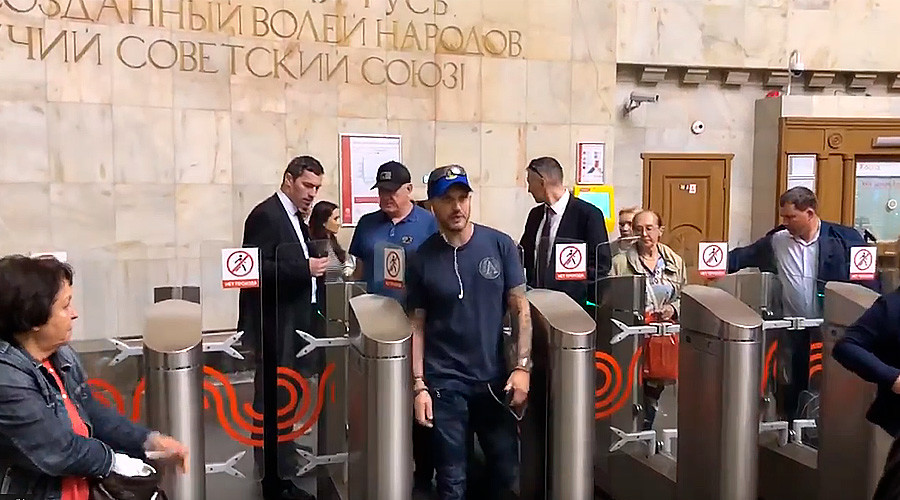 The Hollywood actor visited Russia for the first time in 2012, having been invited to take part in a Discovery Channel documentary about the coldest route on the planet — the Siberian road from Yakutsk to Oymyakon. He not only completed the whole journey, but bathed in an ice river along the way.

Six years later, in 2018, Hardy arrived in Moscow to promote his new movie Venom. The actor posed for photos against the backdrop of Zaryadye Park, told a press conference that he was 22% Siberian, and then went down Ploshchad Revolyutsii metro station to rub the nose of a statue of a border guard dog (which, according to legend, brings good luck). 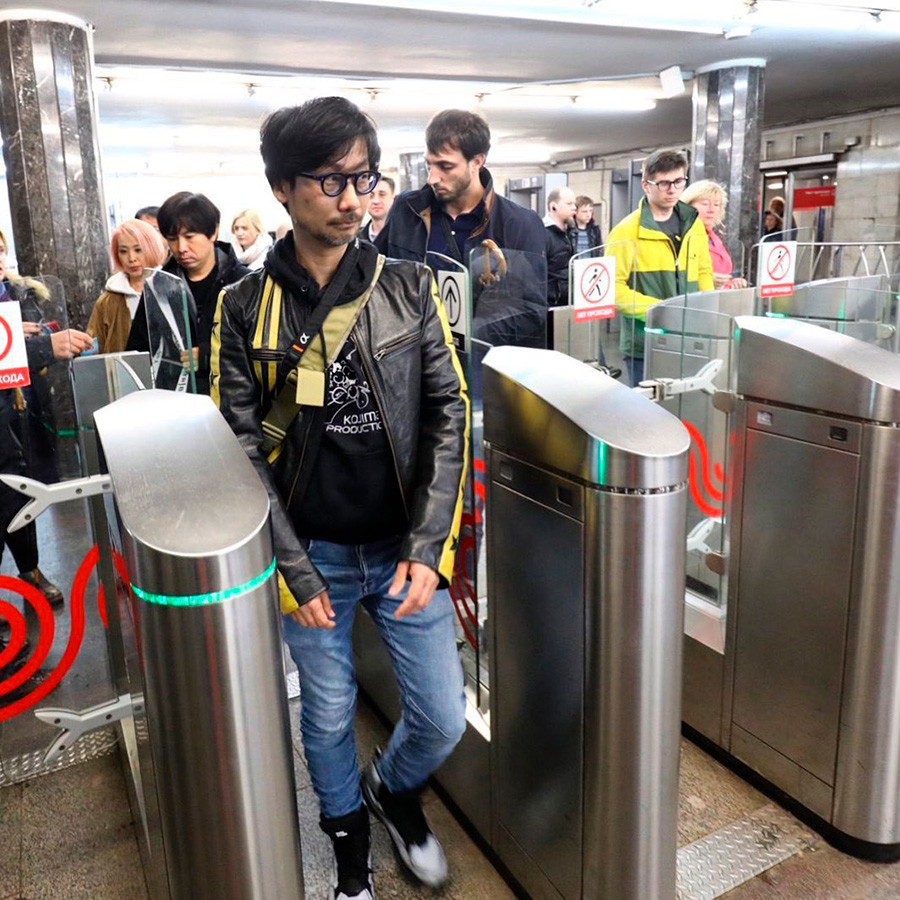 Japanese game designer Hideo Kojima came to Moscow to attend the premiere of his game Death Stranding at Comic Con 2019. His free time in the Russian capital was anything but free — he visited Red Square and the Ostankino TV center, ate borsch at Cafe Pushkin, and paid a trip to Bunker 42, a museum dedicated to the Cold War.

At his own request, despite his hectic schedule, the game designer found time for the Moscow metro. He rode through several stations, photographing each of them and posting the results on Instagram.