What are Russian Orthodox priests doing on TikTok? 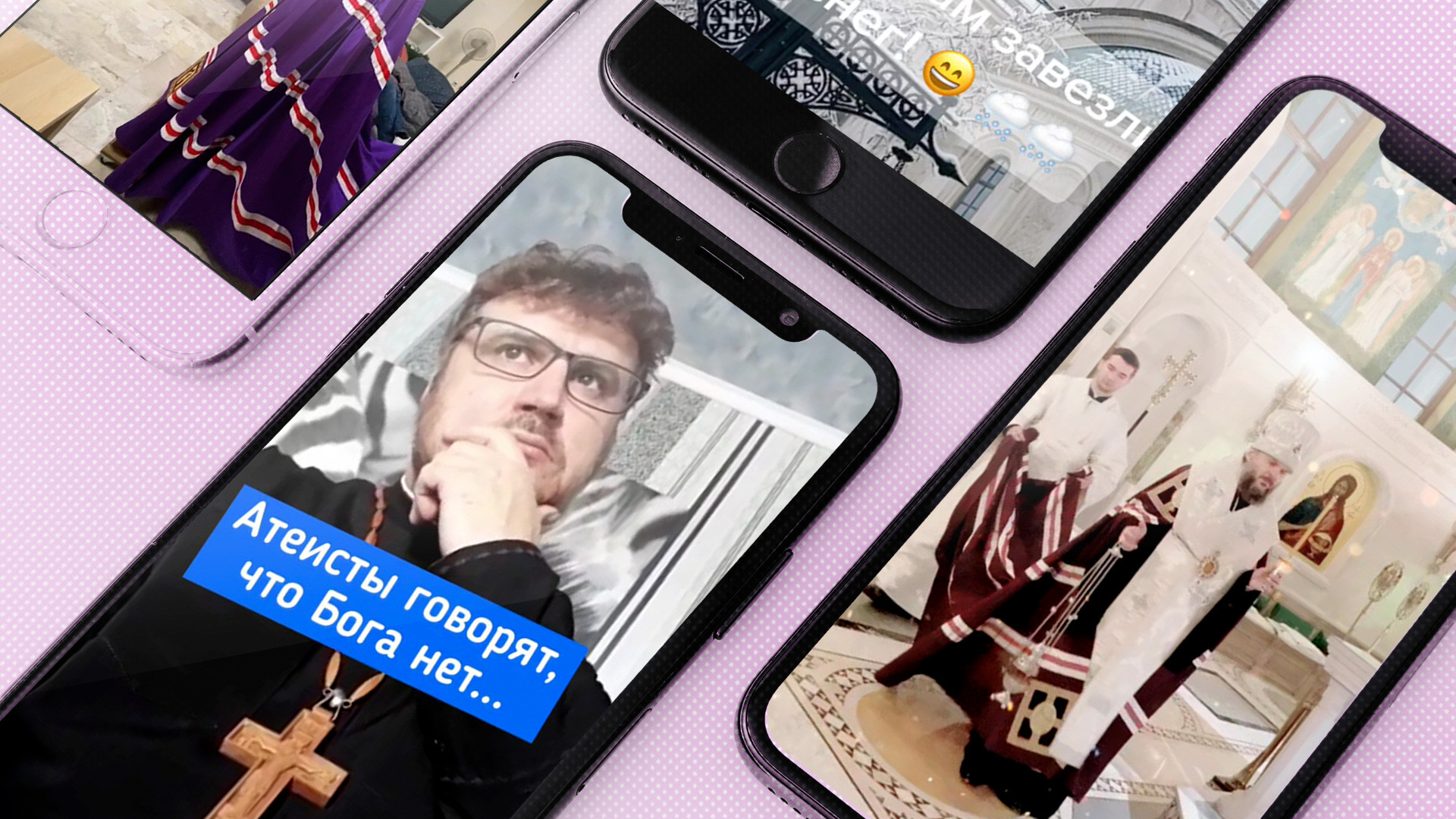 andronik.sm, batyushkaonline/tiktok.com
Since late 2019, Russian Orthodox priests have been spotted actively using TikTok, with some videos gathering over 500,000 views. A number of users of the new social network are unhappy with their presence, but the clergymen appear resolute about TikTok being the future for reaching young people.

“A woman is there to give to her husband, while all you care is only one thing: oh, I feel offended; oh, I have my pride; oh, he didn’t buy me this or that. You don’t know how to love men," a nun is lecturing a group of women, while one of them is filming it on her phone.

“When a man comes home, you must take his shoes off, look up his ass, check his tonsils, feed him and only then ask: How are you today, my beloved husband in Christ?”

This video has gathered over 500,000 views on TikTok, sparking a heated discussion among users - some women praised the nun for the sound advice, while others accused her of trying to turn women into slaves. 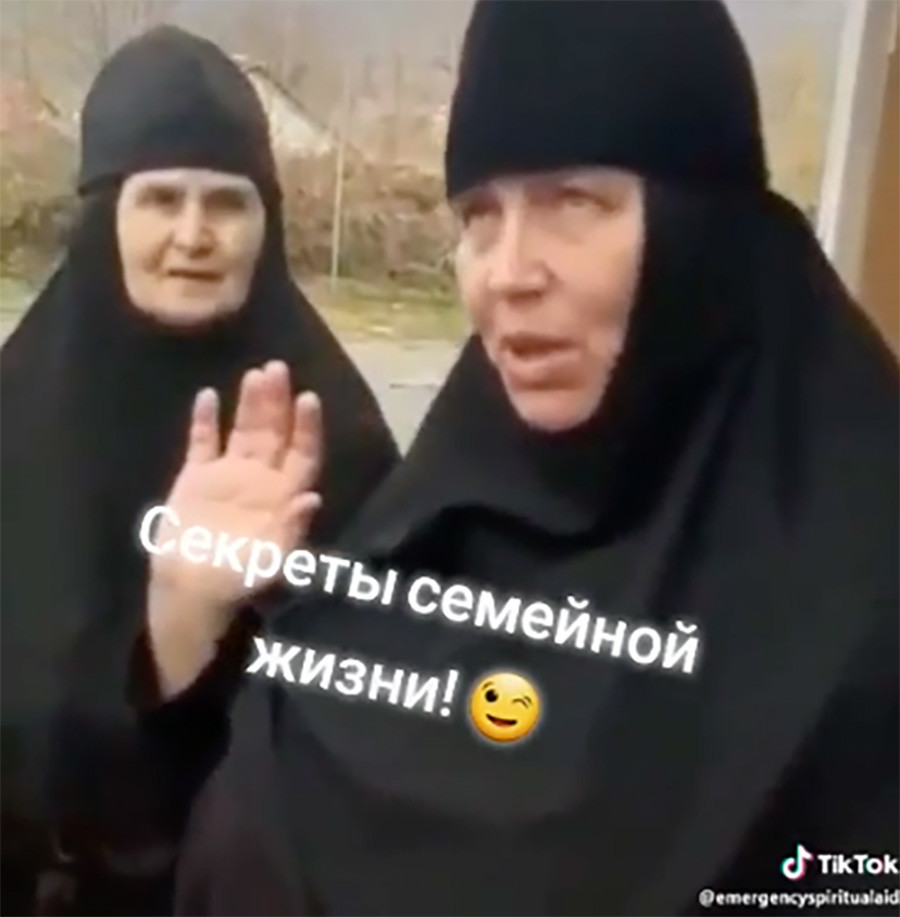 The video, captioned “Secrets of Family Life”, was posted by priest Vladislav Beregovoy, head of the missionary department of the Pesochensky Diocese. He is far from the only clergyman to have an account on the social network popular with young people - Russian Orthodox priests have been actively uploading their videos on TikTok since October 2019. Why are they doing this and what prompted them to preach in this new format?

The first popular Orthodox Christian channel on TikTok was set up as part of the “Father Online” project, whereby priests answer questions posted on social media. In one of the videos, a young churchgoing woman shows how to dress for the church, while one of the priests - when asked “What should I take for my anxiety?”, responds: "God's will."

“Priests have godchildren, and the godchildren have TikTok accounts. Members of our group, which includes well-known priests from different countries, were for a long time badgered by their children and teenage nephews to start posting videos there. By the way, young people actively help priests edit their videos and also film videos for their peers on our channel,” says the founder of the project, Nadezhda Zemskova. 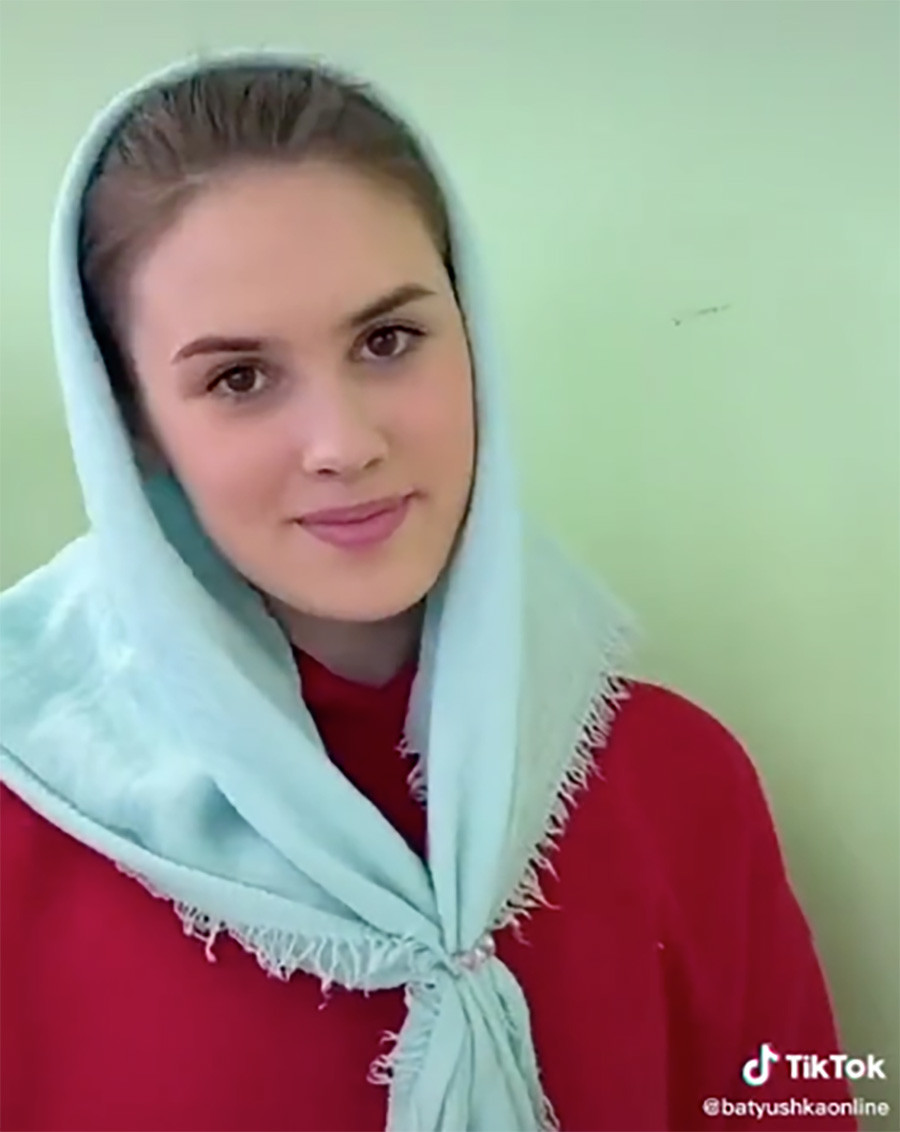 According to her, one of the first videos garnered more than 400,000 views in just 24 hours.

The popular video, which posed the question: "Atheists say that God does not exist, so how did the ladybug get its name?" [ladybug in Russian is bozhya korovka, which translates as 'God's little cow'], was posted by Svyatoslav Shevchenko from the Diocese of Blagoveshchensk, who officially became the first Russian Orthodox priest on TikTok.

Commenting on his decision to join TikTok, he explained: “What I like in TikTok is the brevity, the ability to express a thought in a pithy form, which is a sign of creative and talented people… My elder son’s classmates began to respect me, they tell him: your Dad is on TikTok, he’s cool. But most importantly, it is very easy to create content there, and it has a very responsive and sincere audience.” 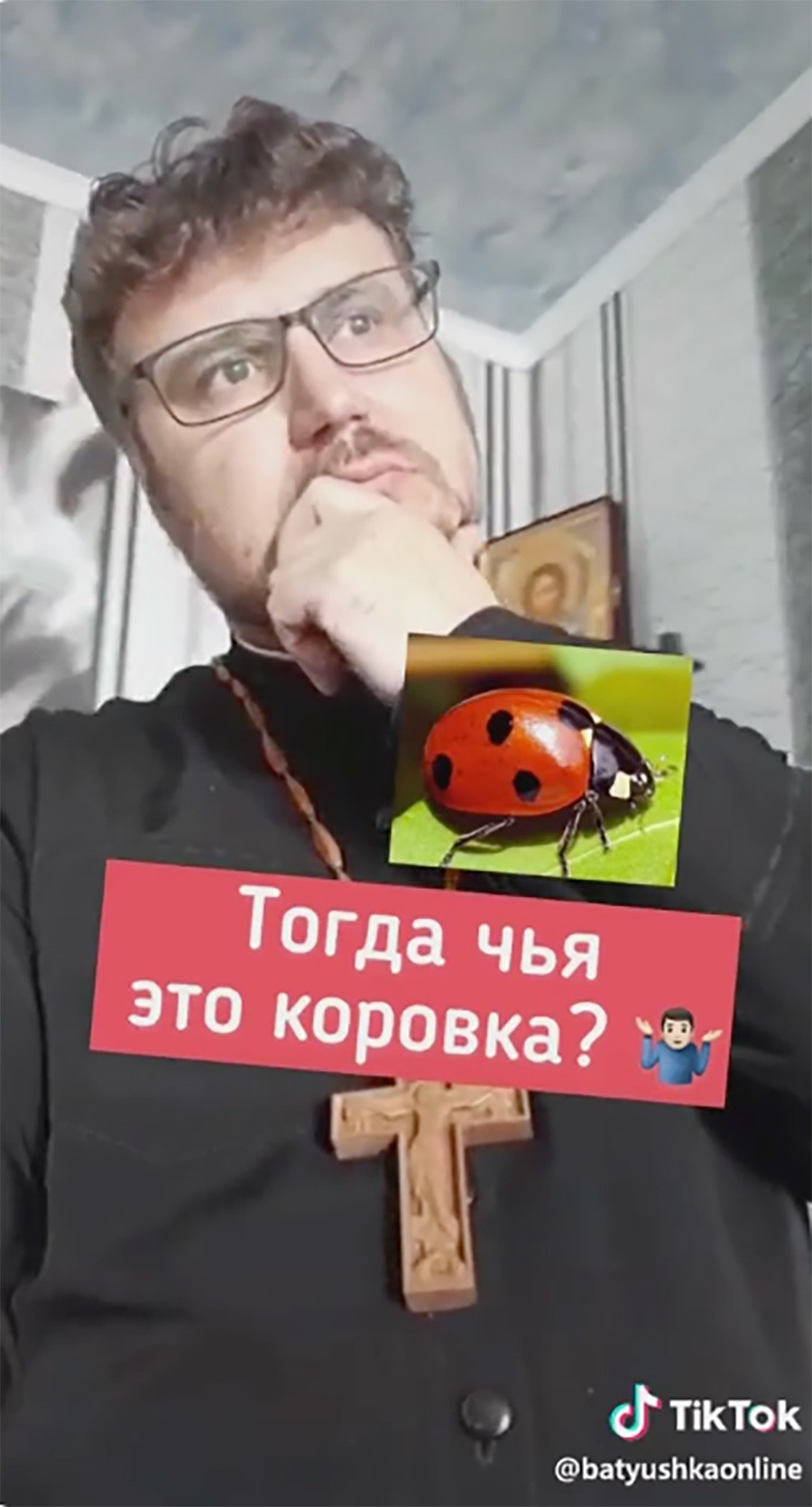 After his success on the "Father Online" channel, Shevchenko started his own account. There, the biggest splash was created by a video in which he shows his old 2007 Toyota car, thus refuting accusations of a luxury lifestyle often levelled against the clergy on social media.

In other videos, he is explaining that his crucifix is not made of gold, making a snowman and eating heart-shaped cookies on camera.

Another priest, Alexander Mitrofanov, uses his videos to tell parables - such as comparing the Gospel to a parachute, which “too will not help until you open it” - and to comment on scandals involving members of the clergy. 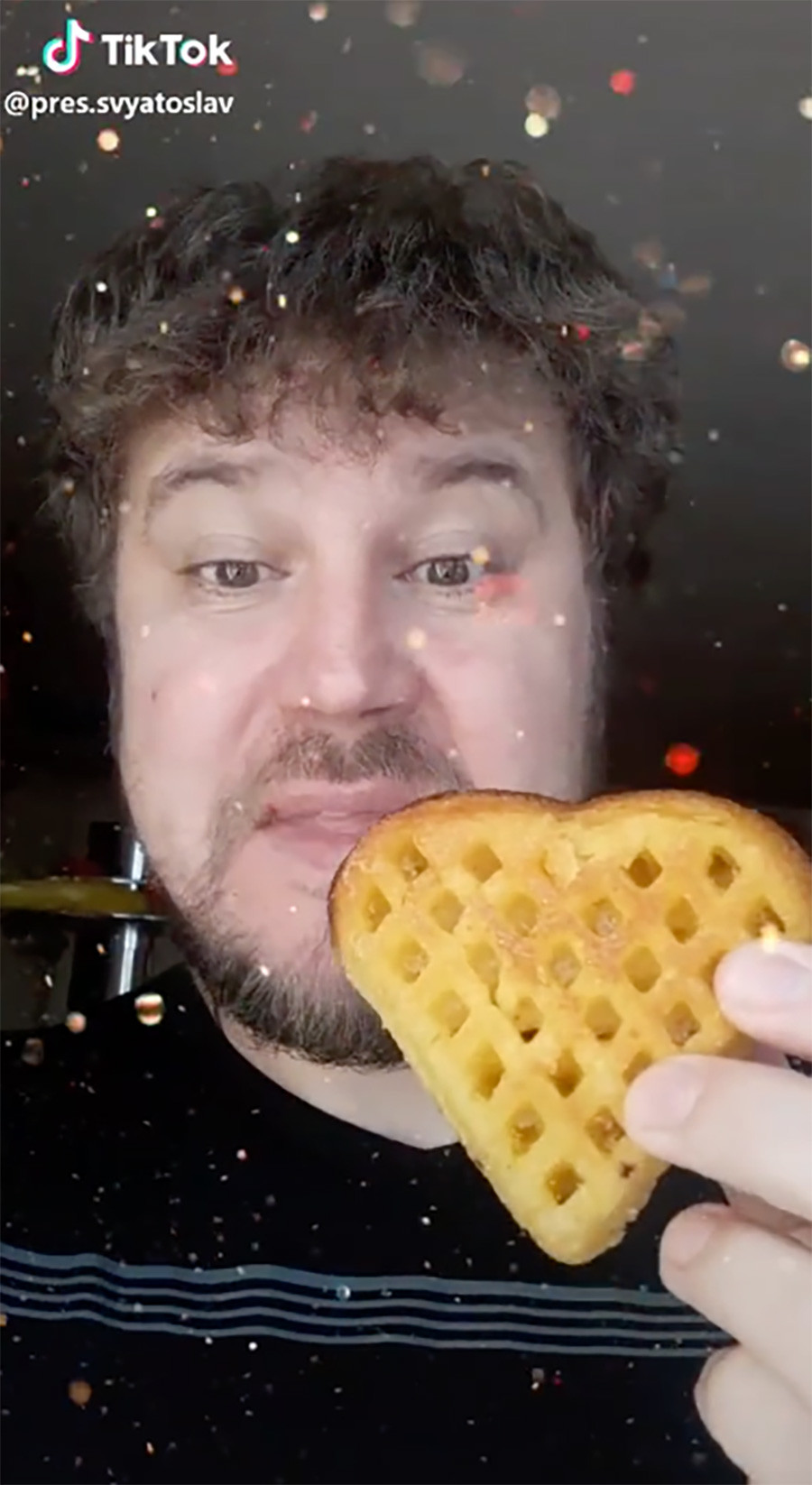 “If you've heard of another negative media report about priests, do not be surprised. Priests are like airplanes - they are talked about only when they fall,” he says in one of his videos, which gathered more than 100,000 views.

Of the 312 comments under this video, more than half are critical, accusing the priest of hypocrisy and describing the church as a modern business.

“Of all social networks, TikTok has the biggest number of haters, - says Mitrofanov. - But that is all because of its users' age. Young people are learning about the world, they are interested in everything, including in what our reaction will be if they write something nasty.”

Fight for faith on TikTok

Priests' main goal on TikTok is to talk with young people about faith in a language that they understand, Zemskova says.

Priest Svyatoslav Shevchenko is convinced that TikTok is a good vehicle for explaining in an accessible way how believers think.

“My main goal is to show that priests are ordinary people like everybody else, who too have a sense of humor. I raise different topics trying to stir people, to get them thinking, analyzing. I do not set myself the task of converting them; everyone makes their own choices. Although I do sometimes troll particularly pernicious haters,” Shevchenko says. He points out that criticism of priests voiced on TikTok is often “constructive”, but hate is mostly born out of a lack of understanding of the nature and purpose of the church. 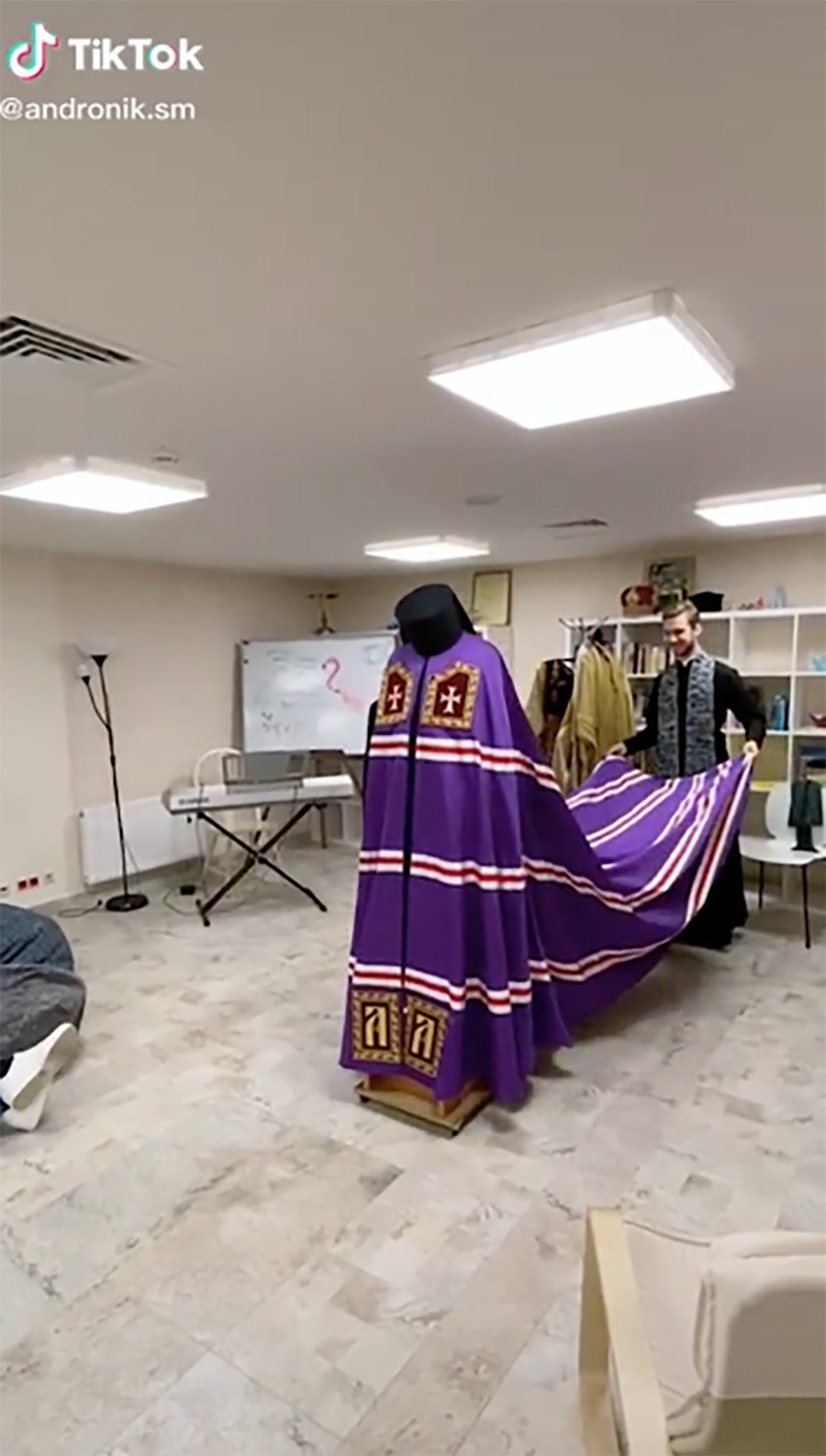 Priest Alexander Mitrofanov notes that TikTok can be used not only to show to the younger generation a path to God, but also to debunk some of the stereotypes about priests.

“Often people who criticize the church and the clergy criticize not the real us, but myths about us. They ask why priests are fat, what cars we drive, why there is a charge for baptism. That is why it is important to show that if the Church of Christ has some issues, they often get amplified in the media, and often reports are simply not true,” Mitrofanov points out. 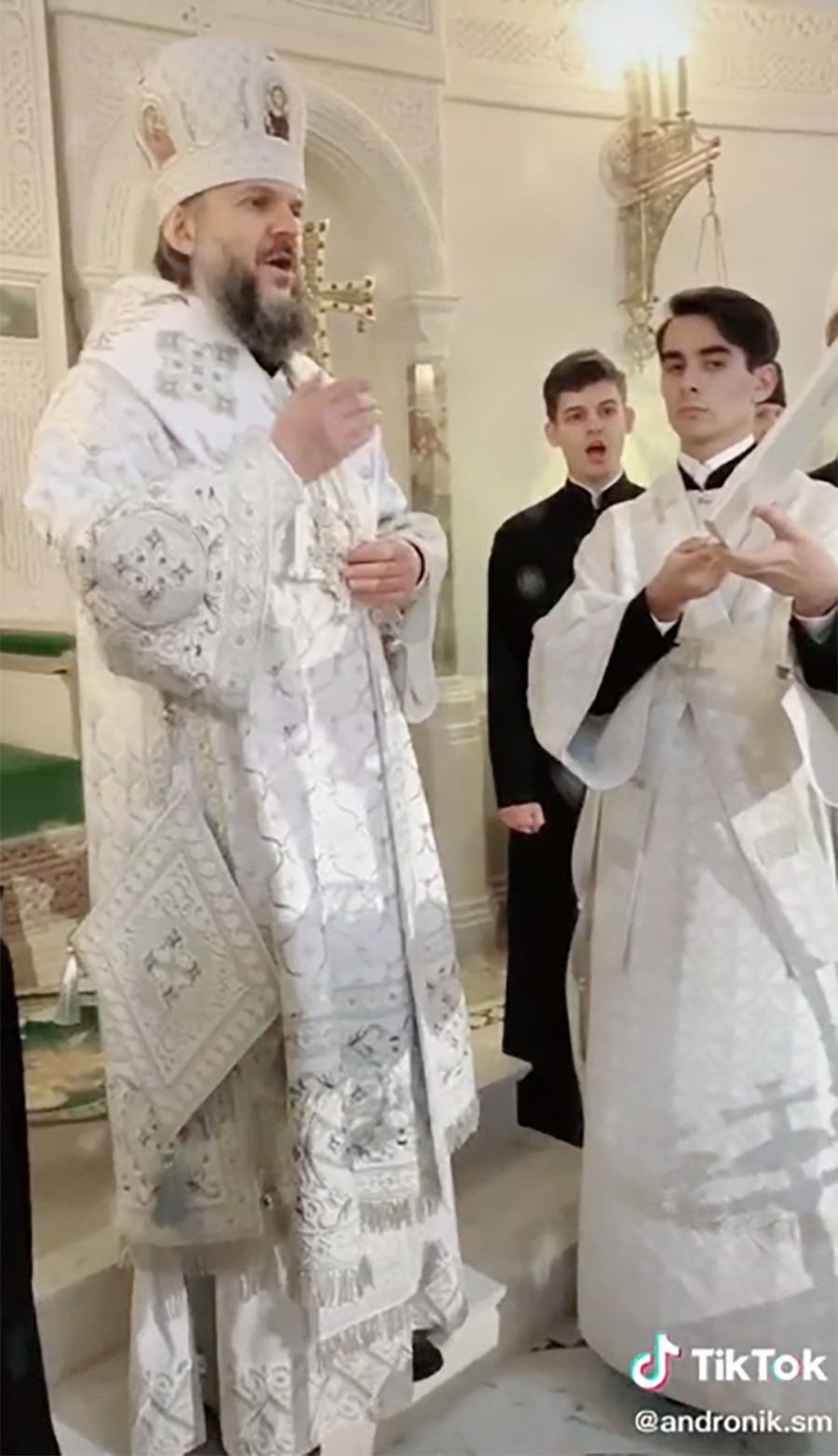 Nadezhda Zemskova, the founder of the "Father Online" project, believes in the success of the project and, despite some negative comments, is confident that their presence on TikTok will lead to positive results.

“I know for sure that people love priests! For many years, day and night, our priests have been answering questions in messengers, live broadcasts and direct communication with people, and they treat everyone with kindness. I would not judge anyone or take offence. Besides, you know, somebody who is a hater today may become a saint tomorrow,” Zemskova concludes by saying.