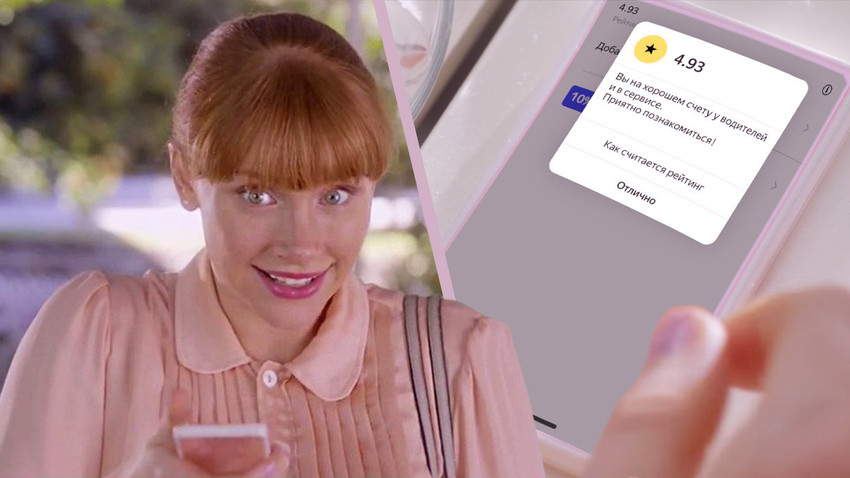 Yandex, Joe Wright/Netflix, 2016
Starting March 1, the online cab services Uber Russia and Yandex.Taxi have introduced passenger ratings. Some users are boasting about their high score, others are poking fun at the new system.

“When you have a 5.0 rating on Yandex.Taxi,” Twitter users joke about the passenger rating system.

The score is based on the most recent 40 ratings left anonymously by drivers. The driver can give a score of 1 to 5. Users with a high rating have their orders prioritized by the service, reports RBC. For the time being, drivers themselves are not able to view a passenger’s score, but such a feature will be added shortly.

Russian users immediately began boasting about their high rating in the app.

“I'm highly rated in Yandex.Taxi. Come and get me, my dear!” wrote @LnYti_piDor5vGg.

“In tomorrow’s world, I won't be looking for a taxi, it’ll be the other way round. There'll be ads like: ‘Timur, the movie starts in 30 minutes, Nikolai wants to take you for 200 rubles. Shall we go?’ And there'll be an ‘Already getting dressed’ button,” wrote a Twitter user.

Another Yandex.Taxi user @Ooolya_96 tried to guess where her high rating had come from:

“Btw, I’m really surprised to have a 5.0 rating because if a drunk passenger decided to take her dress off on the back seat of my car, I’d give a slightly different rating,” she tweeted.

@LenkaKurolesova also shared the secret of her high rating.

“I'm a 5 in Yandex.Taxi. How come? If you puke up in the taxi, fall asleep, argue with the driver, show them a more interesting route — they'll appreciate you more,” wrote Elena.

Meanwhile, other users were outraged by their low rating.

“I have 4.7. Gutted! And I don't like rating a driver 4 even if the car stinks of homeless people. What did I do wrong? Didn't keep up the conversation? Didn't respond to the driver’s flirting? No, let me guess. I didn’t get in the car 1 second after arrival?” @chertovka00 complained about her unjustly low score.

Due to a low rating, @IBenderRod decided to take revenge on all drivers in the app.

Some responded to a low rating with memes: 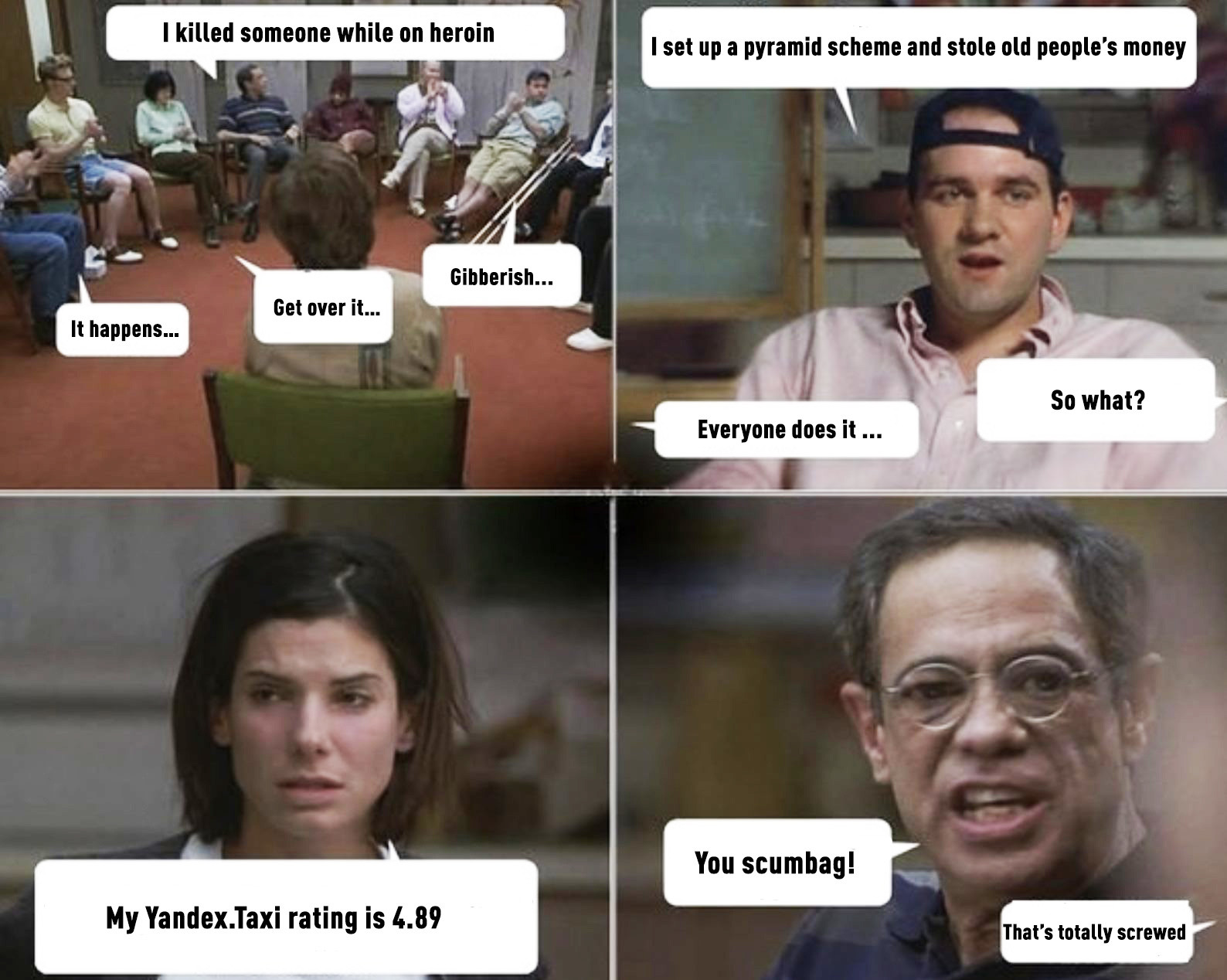 “I found out my Yandex.Taxi rating is 4.6. I have one question for the drivers: What terrible evil did I do to you?” asks Timur Shakirbekov, adding a picture with that caption.

For its part, Yandex.Taxi decided to answer one passenger with a phrase from The Avengers: “Now I define reality”