Faces of labor: What people of different professions in the Russian Far East look like 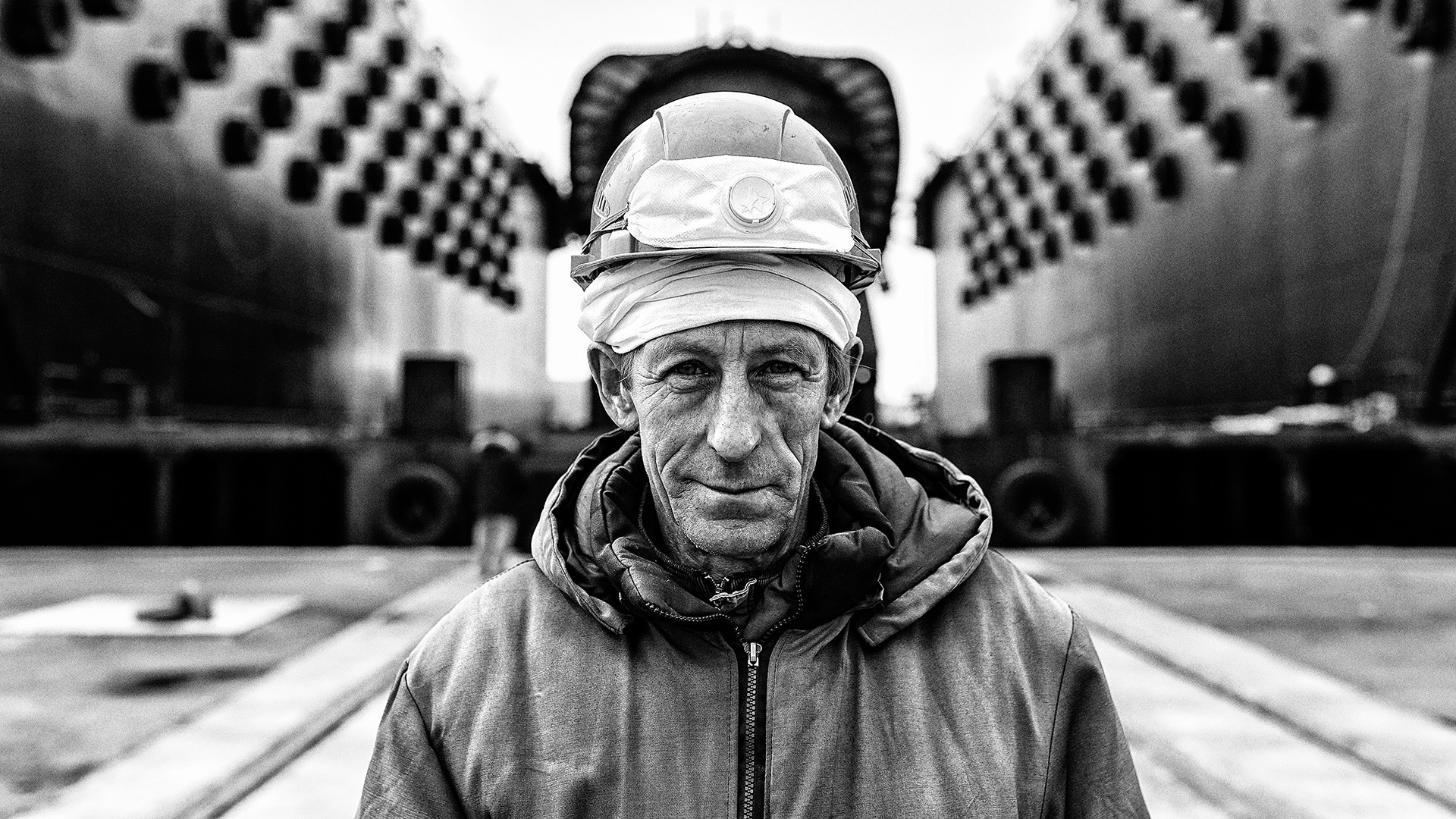 Alexander Khitrov
For many years, a photographer from Vladivostok has been snapping portraits of people from all walks of life: from priests to divers, milkmaids to lumberjacks. We selected the most interesting. 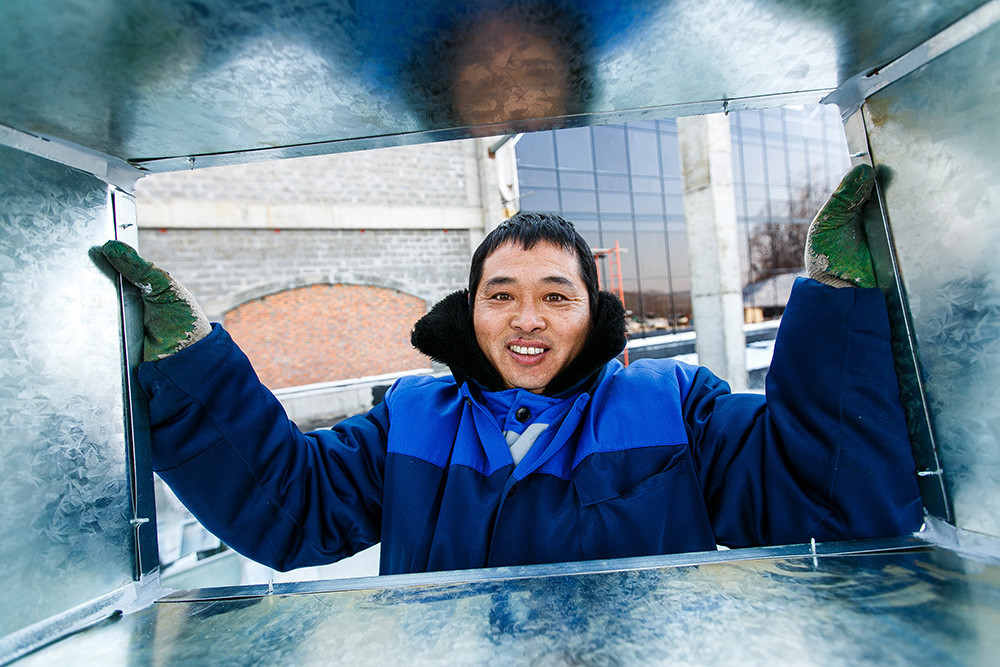 “If I see an eye-catching individual, I always try to get a photo,” says Alexander. “I try to shoot portraits of people staring straight into the camera, without any pretentiousness. They are more honest than staged shots.” 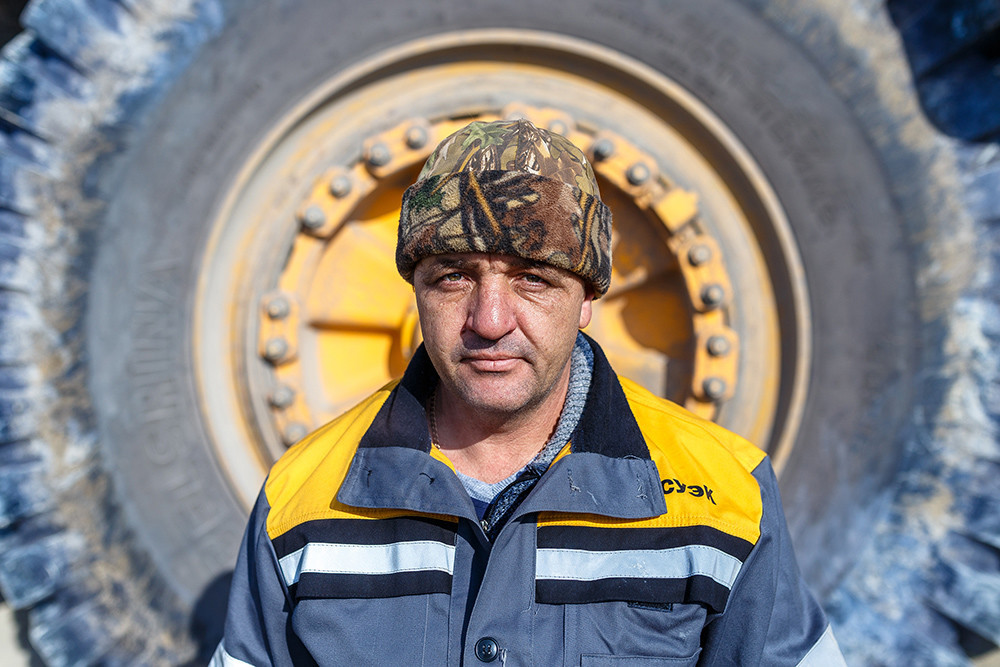 Alexander met one of his most memorable subjects in a secluded monastery in the remote village of Tigrovy. He came to report on the lack of electricity and raise the issue with the local authorities. But the story ended up being about an unusual electrician (pictured below) who had escaped from a religious sect. “He looks more like a wandering bard or, if he put a leather jacket on, a metalhead,” says Alexander. He was the only one who took a lot of persuading to be photographed. 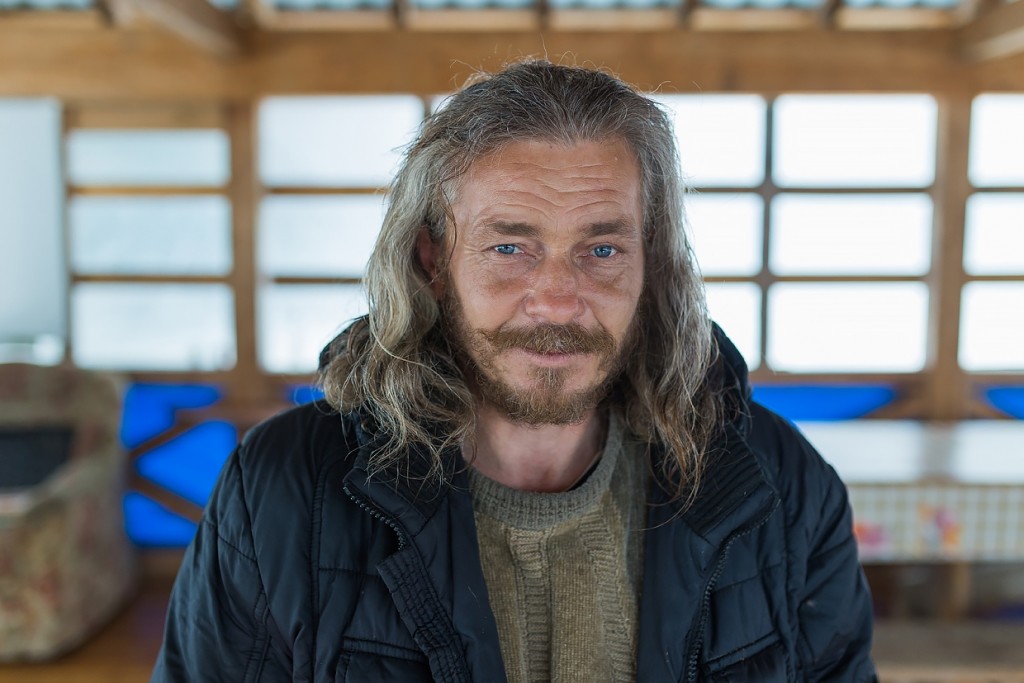 Electrician in the village of Tigrovy

This is the abbot of the monastery, Hieromonk Amvrosy, who invited the photographer to visit Tigrovy. In conversation with Alexander, he opined that monasticism in Russia is becoming obsolete, and many find it difficult to serve God. Consequently, he is the only permanent resident at the monastery, while other lay brothers come and go. 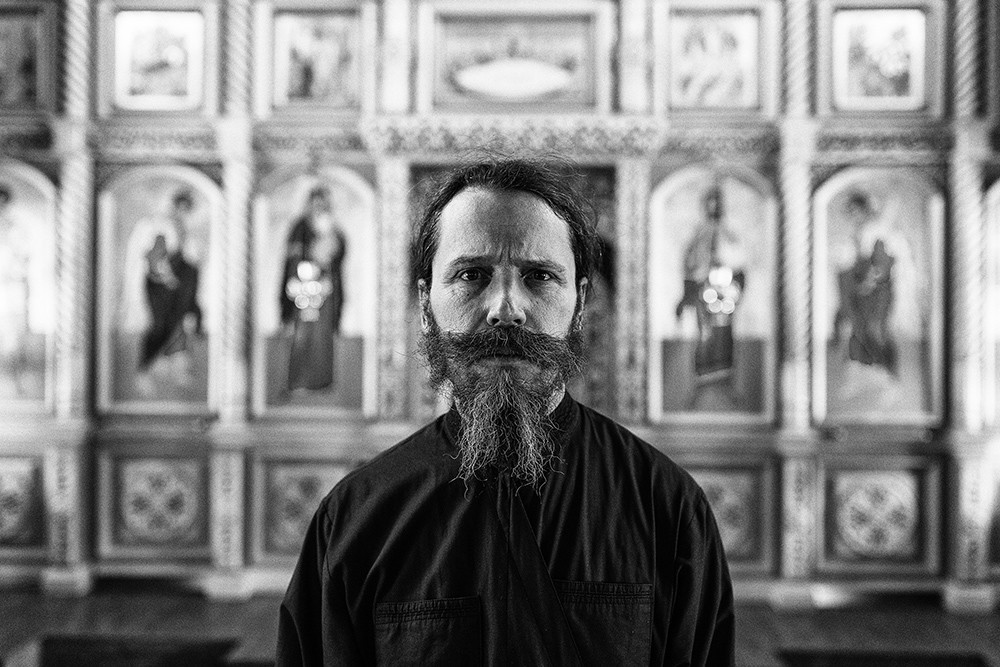 Alexander met this diver on a small farm that grows and sells scallops and trepang (sea cucumber). “We went there to photograph them poking around in their water gardens,” he said. 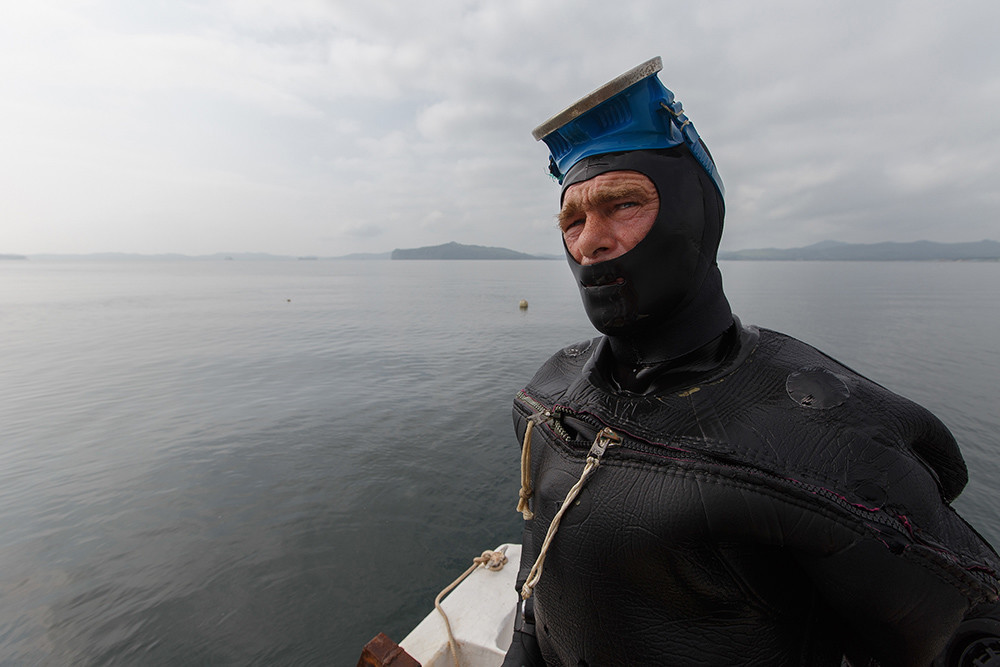 This man combines two professions at once. Maxim Kalennik works simultaneously as a reporter for a coastal TV station and a press secretary for a local railway company. Maxim invited Alexander to a train spotting event for journalists. 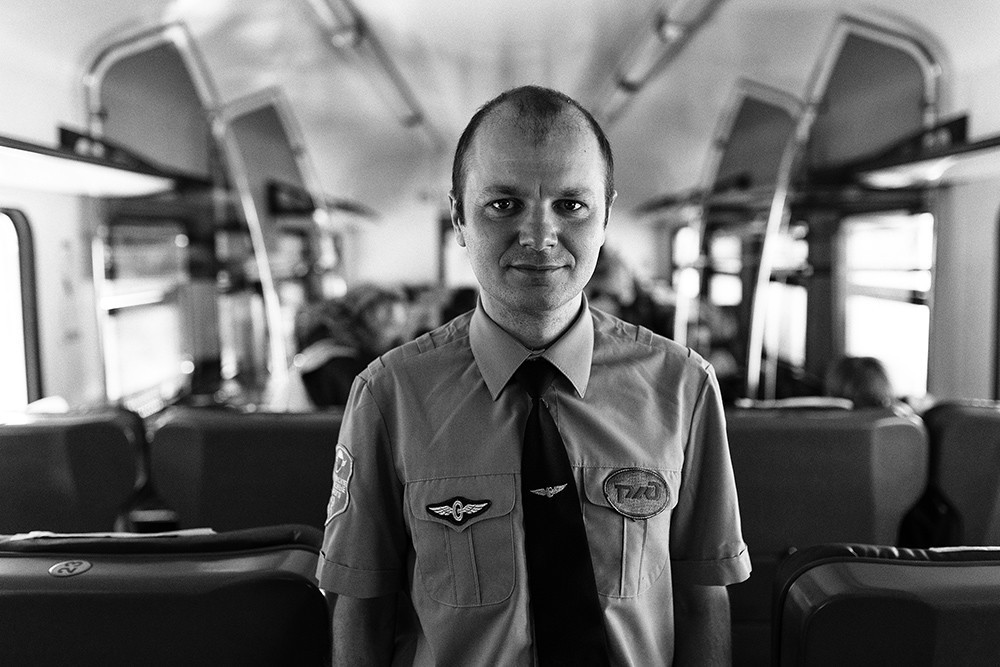 Alexander snapped this lumberjack by accident, while on vacation celebrating the New Year in Agzu, the northernmost settlement of Primorsky Krai in the Russian Far East. It’s not the easiest place to get to: a 14-hour bus ride from Vladivostok to the settlement of Terney, then a 3.5-hour helicopter flight.

On the day that Alexander had to return, there was no chopper available. So he decided to travel by sea. At the port, he saw timber being unloaded from a ship that was due to take a group of loggers back to the shore. Alexander arranged a ride aboard the ship and did a photo shoot of the loggers during the trip. By Russian Far East standards, the wages of shift workers are good, so despite the hardships involved, logging is a considered prestigious job. 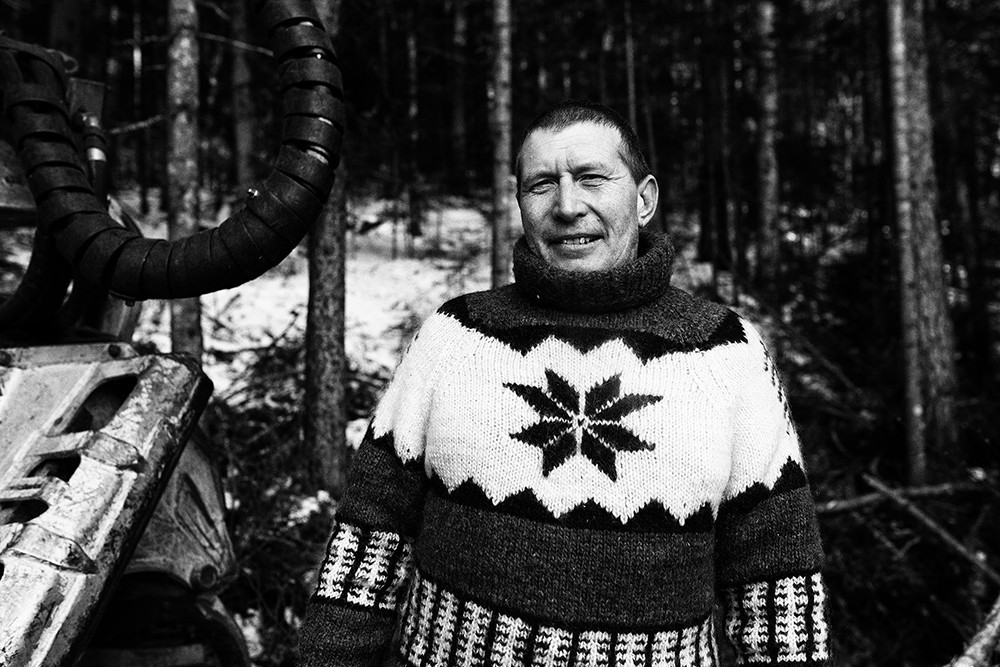 When asked about the hardest profession he’s ever encountered, Alexander struggles to answer. “Everything is hard in its own way. Lumberjacks can sit in a warm cabin, so physically the work is perhaps not so hard as it once was. But to be in the wilderness for such a long stretch, away from family, with other guys, where alcohol is banned and you can’t unwind — that can be tough emotionally. Being a milkmaid [pictured] is also hard, but not because of the milking, but because you have to live permanently in the middle of nowhere with only cows for company.” 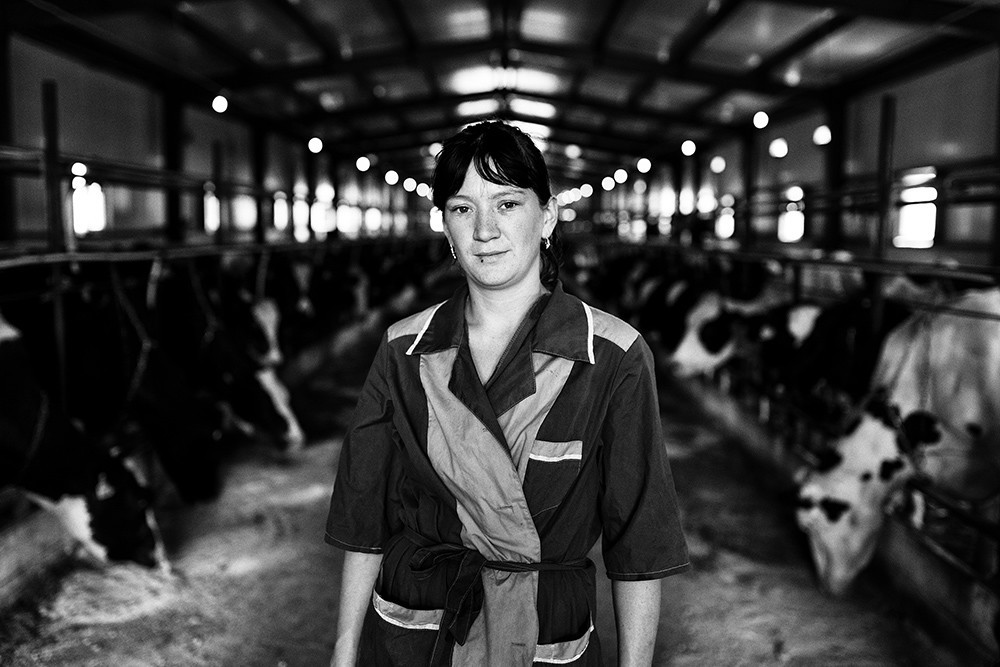 Primorsky Territory of Russia's Far East is home to a branch of the RosRAO enterprise, which disposes of nuclear waste. At its dockyard, Alexander photographed this worker. “A docker's salary is good, but the work can involve exposure to radiation. So it’s not for everyone, it depends on the person. That said, even an accountant can say they’ve had a hard day’s work.” 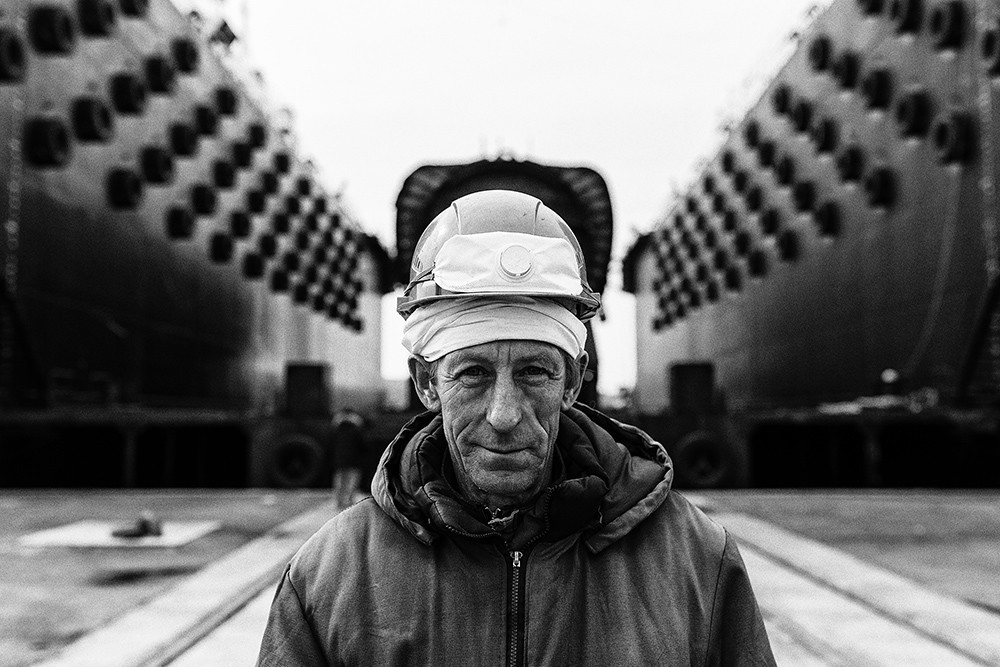 Alexander admits that he too has difficult moments at work, but only when he has to sit in the office for hours on end: “I’m an outdoor guy, and they make me sit in the office.” In the end, Alexander quit the staff of the coastal TV station and became a freelancer. The photo portrait below shows Yaroslav, nicknamed Troll, who has been living a punk lifestyle for almost 20 years, working only occasionally and spending all his cash on musical instruments. 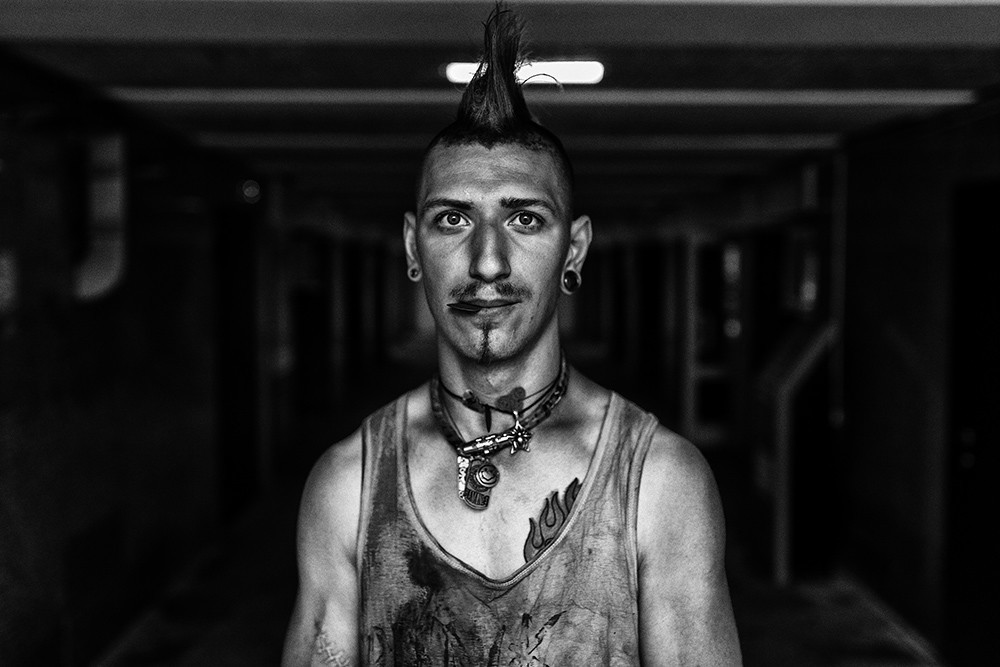 These and other images can be seen at the “Far Focus. Photographs of Vladivostok” exhibition at the Zarya Center for Contemporary Art in Vladivostok until May 17, 2020.