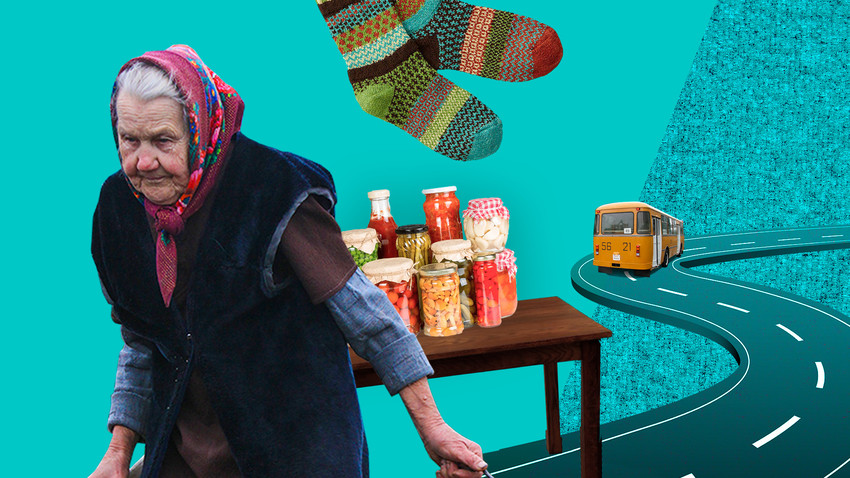 Alexey Malgavko / Sputnik, Legion Media
A Russian babushka (elderly woman or grandma) is not just a charming old lady. She is a hurricane in a dress and if you have a brush with her you are unlikely to forget it in a hurry.

1. Speaking her mind with impunity

She doesn’t care in the slightest what jacket you’re wearing, or what university you went to, or how old you are, and what all these people around you think of you. If you’ve done something wrong (or it seemed so to her), she will give you a piece of her mind, to your face, right then and there, in front of everyone. And you are lucky if this doesn’t happen to you in a crowded bus, where everyone will start staring at you in bewilderment, thinking: “How could he/she offend an elderly lady?”

A Russian babushka is even capable of briefly turning a 40-year-old man with a beard into an apologizing and mortally-ashamed five-year-old again.

2. Going somewhere at six in the morning 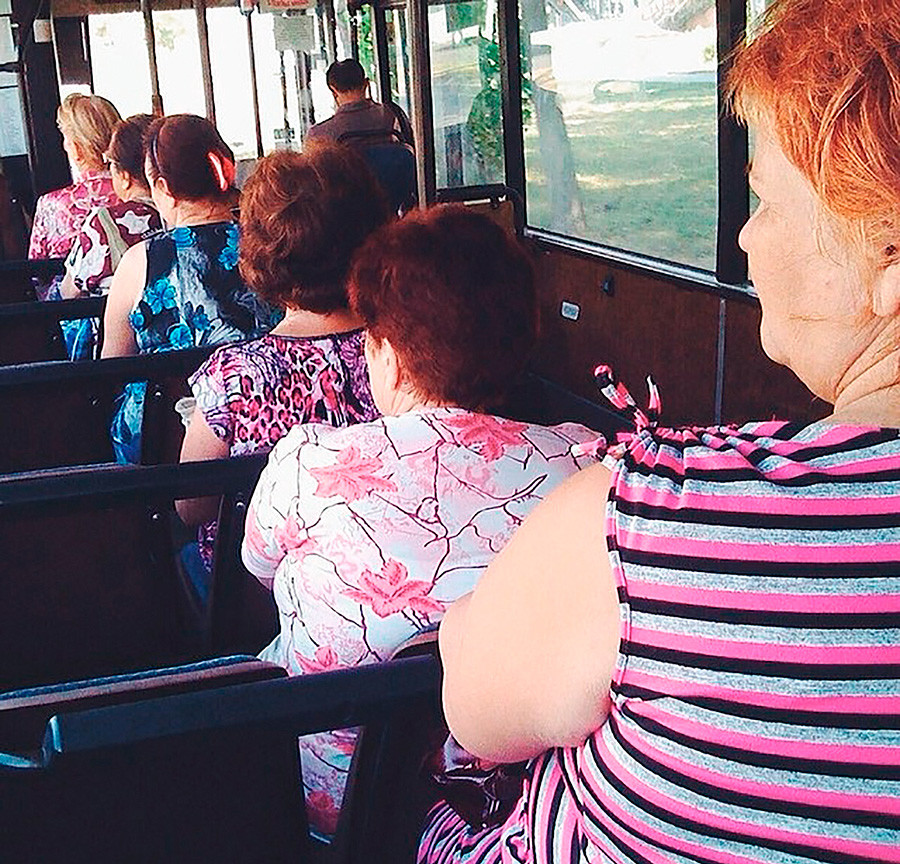 No-one knows why so many babushkas use public transport so early in the morning, or where they are all heading to at the other end of town. If, as usually is the case, they are retired - in other words people free of daily responsibilities - why would they be rushing off somewhere at this ungodly hour?! Some believe that they go to secret conspiratorial meetings of some kind at six o’clock every morning. That’s the only possible explanation.

We also don’t know at what point exactly an elderly woman goes into “security” mode, but, once a babushka starts guarding her own or public property with as much zeal as if she were guarding the national border, she never stops. Here, for example, a Reddit user shares a photo of her mum chasing a cat out of her tomato plants, looking extremely heroic.

"Perfect shot of my mom trying to get the cat out of the tomato garden."

Babushkas maintain public order and know not only all the residents of their apartment block by sight, but also their friends and relatives. If you enter a babushka’s territory for the first time, rest assured she will know. A babushka’s catchphrase is: “Which part of the building are you from? I haven’t seen you before.” At the same time, neighborhoods where a high proportion of babushkas live are generally believed to be safer. A “neighborhood watch” of this variety is more effective than all the CCTVs in the world.

4. Never throwing anything away

She doesn’t understand the notion of “trash”. Everything is given a second, and sometimes third, fourth or fifth (to infinity) incarnation. Even a mayonnaise jar is reincarnated as a pot for seedlings or a container for bits and pieces. 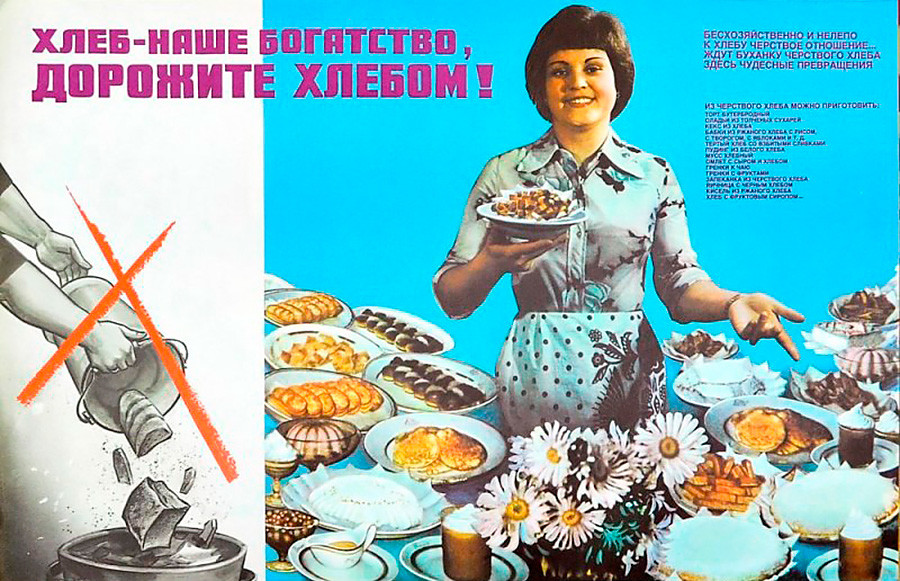 The worst sin is to suggest that stale bread be thrown away. Many babushkas lived through the hungry postwar years or experienced food shortages at other times, and for them bread has an almost sacred significance. But what to do with old bread, you ask? Ask your babushka, she will know.

Read more: Why do Russians fight about the “Cult of Bread” (and why it’s stupid)?

There are all kinds of babushkas: some are charming, some have a fierce temperament, some are belligerent, some are cultured, etc. But they all have one thing in common - they express their love in the purest and most direct manner, through food. There is a rule to the effect that, “if you are going to visit your babushka, don’t eat for a week beforehand”. In the eyes of a Russian babushka, you are always thin and sickly, and she will keep adding food to your plate until you literally turn into a penguin. And just like in fairy tales, more and more food will appear before you and you have to eat it all (otherwise you’ll offend babushka!).

This is real food tyranny, but it is also the quality which endears them most to us. In the end, if it doesn’t kill you, it will definitely make you stronger (and bigger, which is almost the same thing, if we follow babushka’s “logic”). 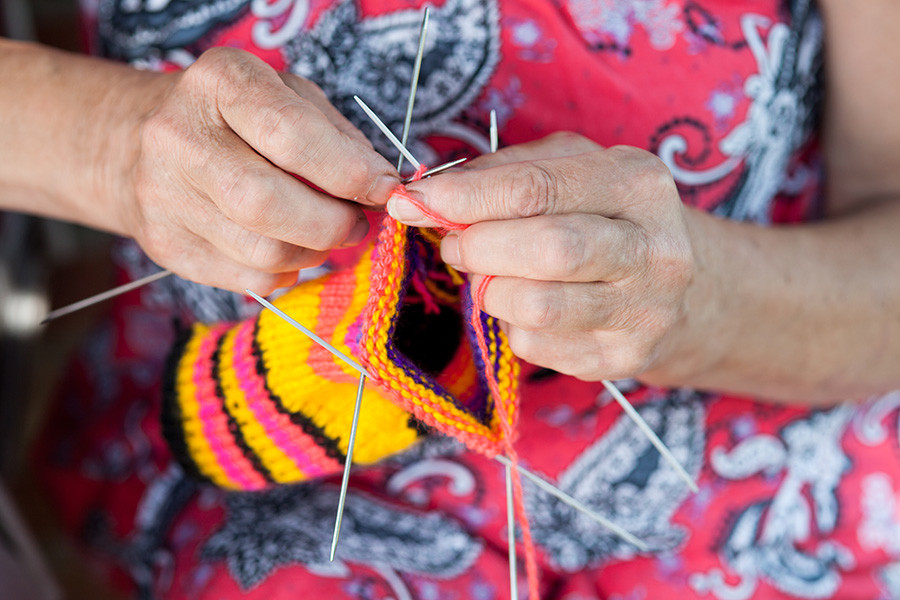 Hand-knitted sweaters, socks, hats, mittens - anyone lucky enough to have a Russian babushka has lots of these items. Most likely, none will ever actually see the light of day, but everyone loves these presents from their babushka and puts them away on the hardest-to-reach shelves in their wardrobe. 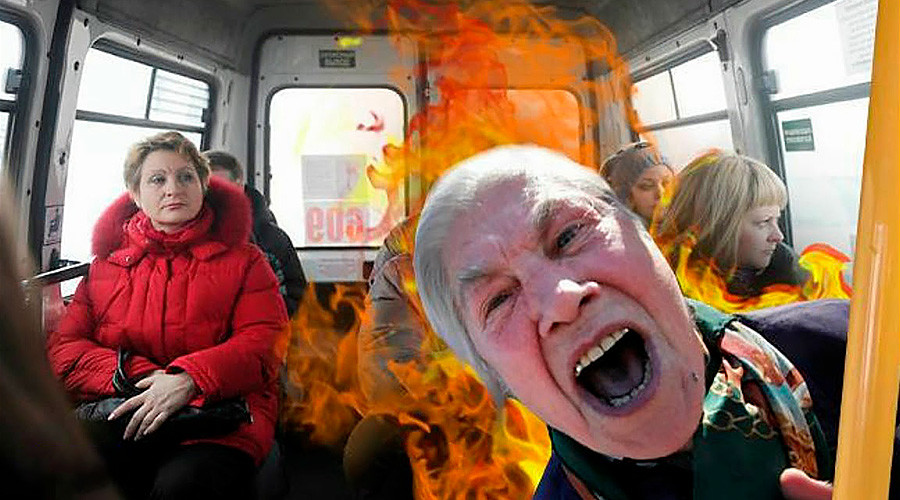 Don’t mess with a Russian babushka without good reason. And even if you have one, think again. Everyone knows this. Give her your seat in a bus or train BEFORE she fixes you with her Medusa stare, don’t argue with her, give way and press yourself flat against the side of the carriage when she enters a Metro train. Otherwise you may well find her shopping trolley running over your feet. You are sometimes amazed by the stamina and strength that a little babushka can display when she starts to elbow her way through a crowd in the Metro.

Striking fear into all is a genuine super-ability. This may be why all relatives usually send their grandmothers whenever there is a need to battle against various authorities or to redress injustices. A babushka is capable of making even the most heavy-footed of bureaucrats fall into line. They’ll end up doing anything she asks just so as not to have to see her again. 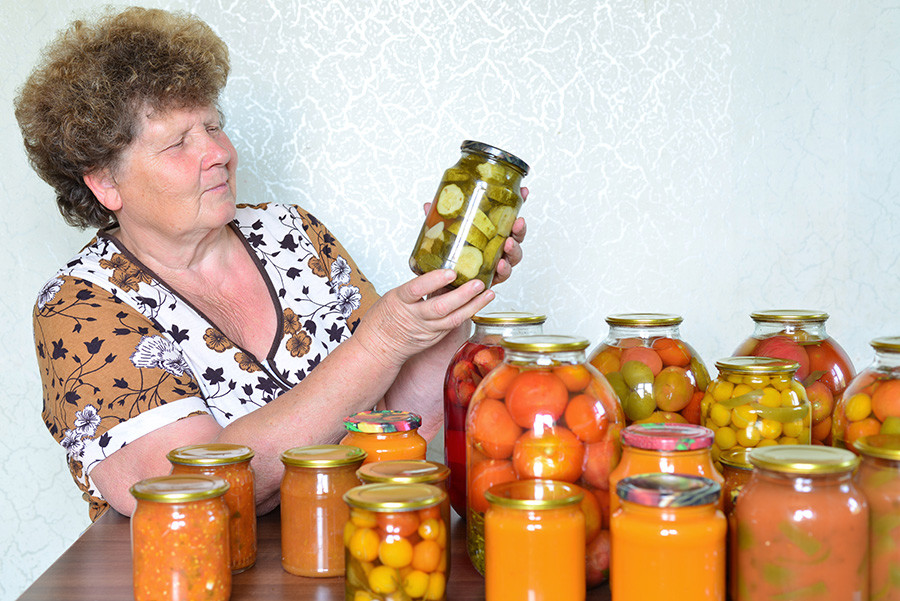 According to the babushka, you can never have too many homemade jams. Every fall, the babushka prepares her “winter stores”, stuffing jars with pickles, mushrooms, jam and so on. It looks very much as if war is about to break out and we are all going to spend the next five years living underground. No-one can eat all this food, so as spring approaches the unneeded jars are distributed to relatives on an almost industrial scale.

9. Nostalgia for the Soviet past

“It wasn’t like that in our day,” is the babushka’s mantra. The more distant the time of her youth, the more rosy and cloudless it seems, in her mind, to have been. All the failings of the Soviet period fade away and what remains in her memory is an ideal world where everyone cared for each other and had a job and an apartment, and children could play outside unsupervised. All

this has unfortunately disappeared without trace, according to the babushka, but she continues to cherish the memory of better days within the confines of her apartment that she now owns: She refuses to remove the decorative rug from its place on the wall and carefully wipes the dust off her special tableware service with its hammer and sickle motif. 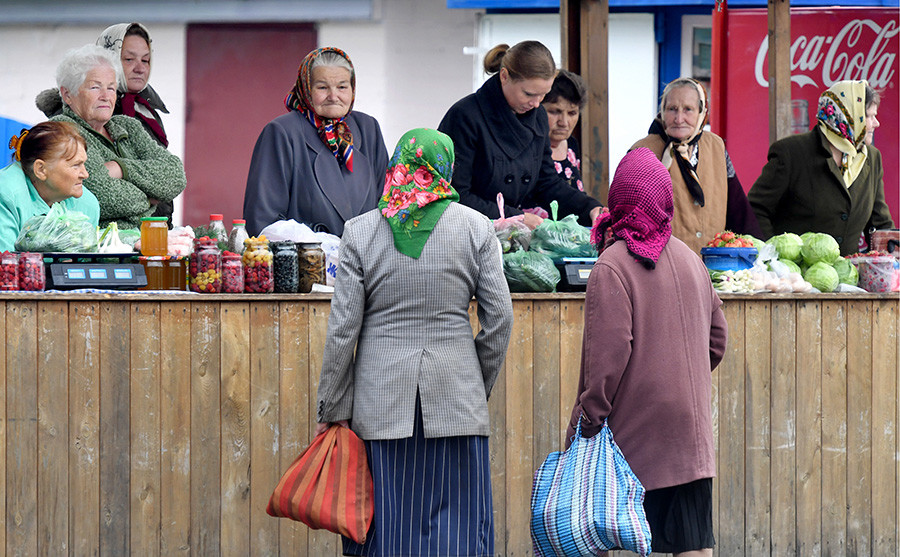 The babushka has a private schedule known only to her and which she has been following for the last 40 years. So if you thought that Russian pensioners have too much time on their hands you would be mistaken. Every day at a specific time she heads off to a vegetable market on the other side of town, even though there is a supermarket right next to her apartment block. Each day, bang on the dot, she heads to the park, where she meets up with fellow babushkas, and always leaves at precisely the same time. That is because she has to hurry home for the evening news or a TV show featuring crime reports. All this feverish activity makes her very busy. She may even be busier than you.