Why does Putin wear his watch on his right wrist? 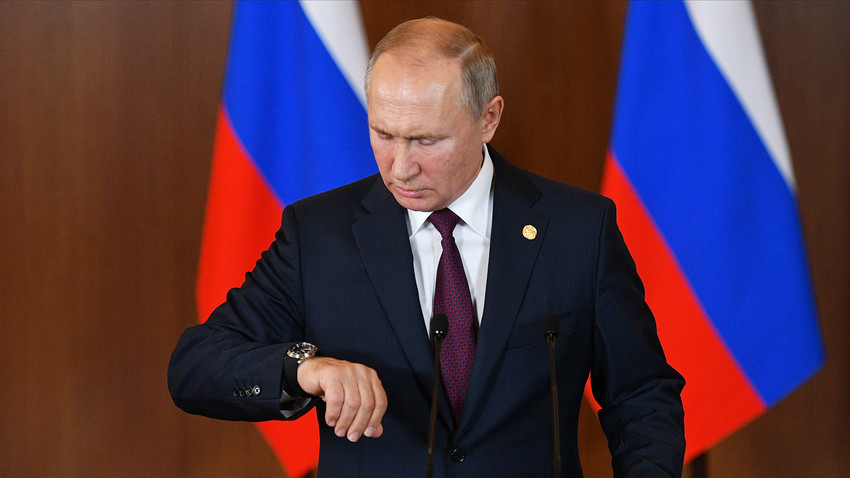 Ramil Sitdikov/Sputnik
Is Putin left-handed, ambidextrous, a devoted judoka, or does he just prefer it this way? We try to answer this peculiar question about Putin and his watch.

The habit of wearing a watch on one’s left wrist is not something that the Russian president shares. The most eagle-eyed observers must have noticed that he always wears his watch on his right wrist. Why is that? 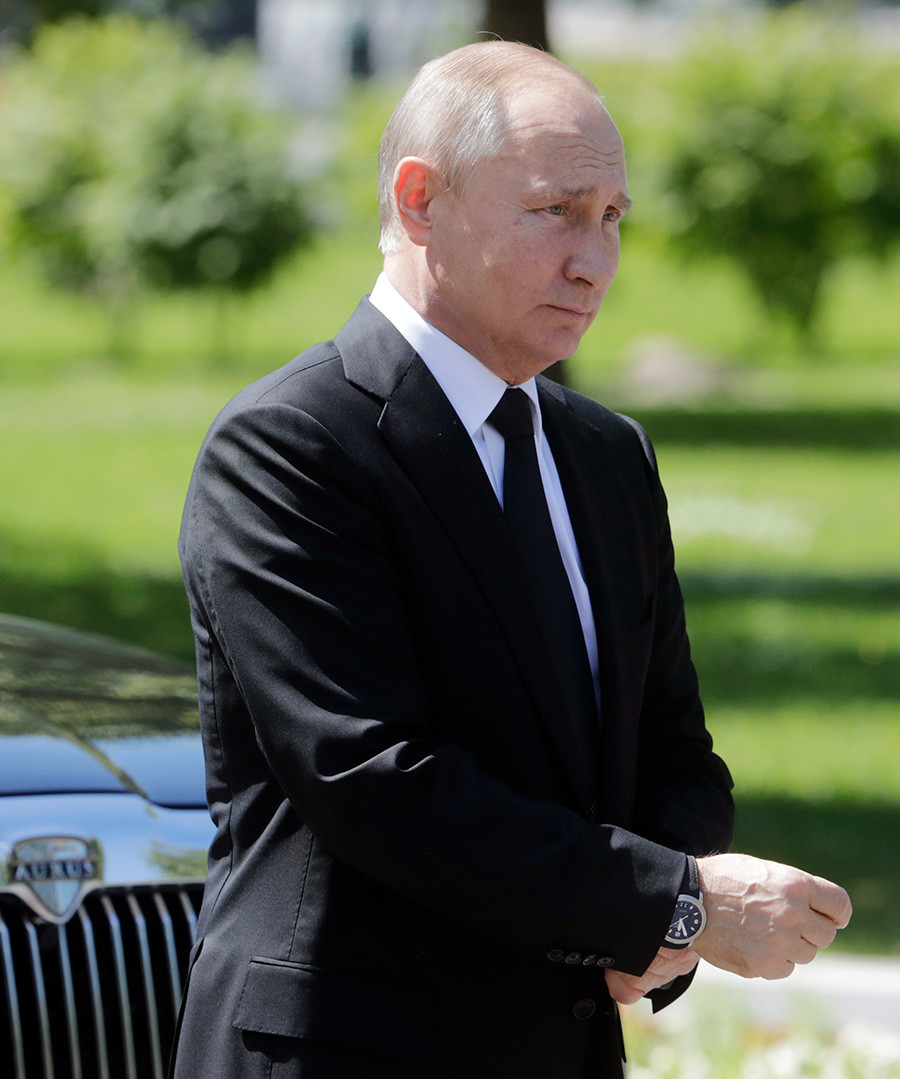 Russia's President Vladimir Putin attends a wreath-laying ceremony at the Tomb of the Unknown Soldier by the Kremlin Wall on June 22, 2018.

This is the first thing that comes to mind. It is believed that only left-handed people wear their watch on the right wrist, because writing with the left hand with a watch on it is not very convenient. Yet, this theory is easily crushed: Putin writes with his right hand.

There are also people known as ‘closet left-handers’: they perform most tasks with their right hand, and subconsciously shift less significant functions to their left hand. It is hard to say, though, whether Putin is one of them.

There is also a theory that he is ambidextrous, i.e. he is able to use his right and left hands equally well. “Ambidextrous people use both hemispheres at once, they have both - great intuition and logic. In computer language, they have two operating systems installed in parallel and they can use them simultaneously. Of those who are now 50 years old, only one in 10,000 people are ambidextrous, whereas among those who are 30-40 years old, it is already one in a thousand. To give you an idea of what these people are like, Russian President Putin is one of them,” says psychophysiologist Vladimir Pugach, MD. 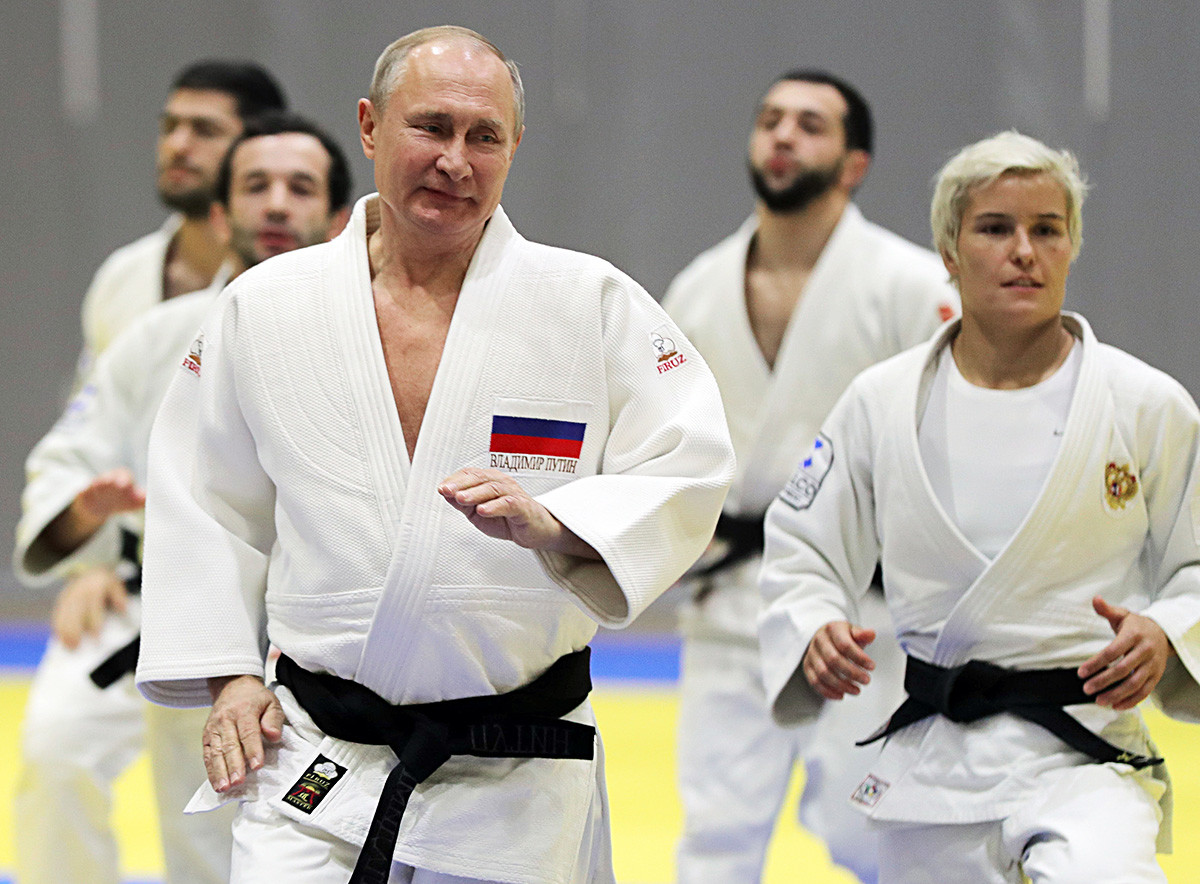 President Vladimir Putin during a judo training session on February 14, 2019.

Another theory has to do with judo. Vladimir Putin, as an experienced practitioner of judo and sambo, must have heard of meridian lines and points on the body that serve as energy channels (according to an ancient Chinese system of meditation known as ‘Fukuri’). This teaching is shared by many people who practise martial arts. It states that men have three important meridian points on their left wrist, including one that is responsible for the work of the heart. If you believe that watch straps can block these points, it would make sense to wear your watch on the other wrist. In the 2000s, the press speculated a lot that this may be the reason why Putin wears his watch on the right wrist.

Alas, now we will have to crush all these beautiful theories. Because Putin himself explained once why he wears his watch on his right wrist. This intriguing question was first put to him at the end of his two-hour live phone-in with the nation in 2002.

“I wear my watch on my right hand, because that way, the crown doesn’t scratch my wrist. That’s all there is to it,” Putin said then.

By 2018, everyone must have forgotten the president’s explanation and the question arose once more. And the answer was the same: “If you wear it on your left hand, the crown, which turns, makes it uncomfortable and painful. That is why I moved it to the other wrist.”