A Russian’s survival kit during times of panic 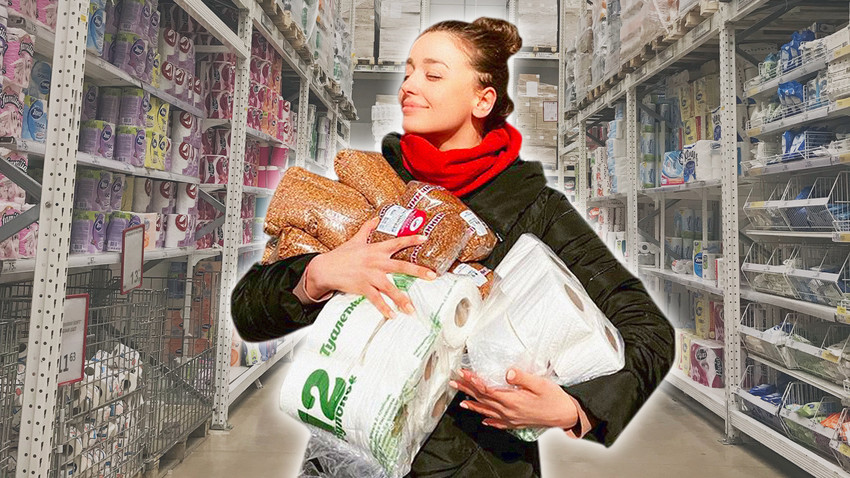 anna_rodina
While Europeans and Americans are on the hunt for toilet paper in preparation for quarantine, Russians are hoarding other ‘strategic’ reserves.

In the current coronavirus pandemic, many countries have imposed quarantines, and people are hoarding goods in order to survive in isolation. Those who lived through the goods shortages in the USSR and the terrible economic crisis of the 1990s are getting a feeling of déjà vu.

Unlike a growing number of European countries, Russia is not in total lockdown and everything is still open, but empty shelves have also started to appear in many stores. According to retail chain spokespeople, stores are simply not managing to bring goods up from their stockrooms in response to the sudden surge in demand, but so far, it is unclear how long this panic buying will last. So what’s in a Russian’s survival kit for a “rainy day”?

(Muscovites, can I bring anyone any buckwheat? Smolensk has everything!)

Nowhere in the world is buckwheat as popular as in Russia and the other post-Soviet countries. Partly, it’s because buckwheat grows best in the harsh Russian climate, it’s inexpensive and has a long shelf life. But it is also rich in protein and doesn’t contain gluten - in other words, you couldn’t imagine a better thing to buy.

(Let’s go and get some buckwheat!)

In the event of any apocalypse, buckwheat disappears from the stores first. This was the case during Soviet times and the 1990s, and is still the case now with the outbreak of coronavirus.

People also buy rice and pasta, but not as much. Ironically, no one is buying the currently fashionable green (unpolished) buckwheat, which is seemingly as unpopular as penne lisce (smooth penne) pasta is in Italy.

Canned meat - the stuff of life

It cannot be claimed that canned meat (tushenka in Russian) is in high demand in Russia as a dish in its own right - the only exception, perhaps, being anglers of a certain age who take it with them when they go fishing. Fresh meat is available in any store or market, and it will be cheaper, weight for weight, than the canned variety. It seems that ordinary meat can be frozen and will keep every bit as long as canned, but not everyone has worked out this particular life hack. Even young people are currently stocking up on canned meat.

The secret is simple: It can keep around five years and even longer without a fridge. So it’ll come in handy should the electricity supply be turned off (and we know that such cases are not a rarity in times of crisis).

And it’s being bought up as frantically as buckwheat.

Mind you, people are also preserving meat at home, putting their homemade pork and beef recipes into jars.

Salt and sugar, which can be kept almost indefinitely, are also disappearing from shelves.

The fragrance of soap

Many young Russians still find Soviet household soap in the home of their elderly relatives that was hoarded by the boxload at one time. It’s suitable both for laundry and for washing hands. It has a particular smell, but it’s a real weapon of mass destruction against bacteria and microorganisms.

In addition to soap, Russians are also stocking up on all kinds of disinfectants, from branded cleansers to ordinary bleach. And sensibly so - after all, like everywhere else, there aren’t enough face masks and gloves to go round.

But what about toilet paper?

On the Russian internet you would have to have been particularly idle not to see a joke cracked about how toilet paper can save us from the coronavirus.

But, jokes aside, everyone’s grabbed an extra pack or two for themselves, nevertheless!