Looking for an alternative to a handshake? 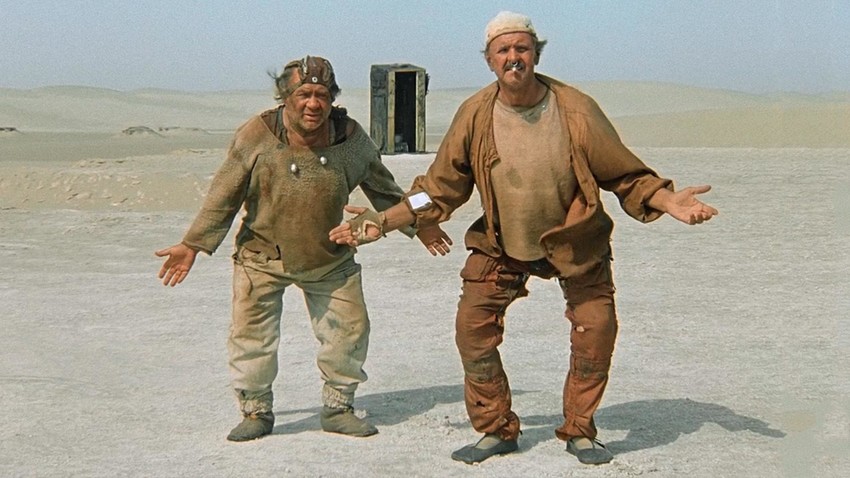 Georgiy Danelia/Mosfilm, 1986
Doctors advise avoiding physical contact with other people so as not to accidentally catch the virus that the whole world is preoccupied with right now. So, what other, non-contact forms of greeting are there? Here are some ideas from old Soviet movies.

Here is a good old fashioned way that has never let anyone down. Check out how it’s done – perhaps a bit too elaborately – in a 1970s Soviet adaptation of the classical Spanish play The Dog in the Manger.

In the sci-fi film Kin-dza-dza!, the inhabitants of the planet Pluke pay their respects with a ritual known as “doing a koo”, which consists of squatting with arms stretched out to the sides, and saying “Koo”, thus marking the start of telepathic communication. The higher a person’s social position, the more squats are required. Two at the very least!

“Bring in citizen ambassador!” This is how a Swedish diplomatic mission is greeted in the cult Soviet comedy Ivan Vasilievich: Back to the Future. Ivan Vasilievich is a fake tsar, a time-traveller from the future. He has no idea about 16th century etiquette for greeting distinguished guests, so he reaches out to shake hands with the ambassador. Wrong move. “Frown,” the tsar is told instead. Later, when eye contact has been established, a bit of a dance is expected.

4. Try taking your hat off

We can greet each other by taking off our headwear. Are you wearing a hat? Excellent. A baseball cap? That would do, too. You are not wearing anything? Well, at least take off your headphones! Learn from this character in the 1960s Soviet action movie The New Adventures of the Elusive Avengers: even in the criminal underworld, a polite greeting is a must.

5. Try making use of your legs!

Remember how when you were a child, you and your friends had your secret codes, passwords and hidden messages. Now is the time to bring them back! As a form of greeting, you can come up with your own coded moves, better using your legs and feet rather than arms and hands. That would be safer. For inspiration, check out the Russian fairy tale Barbara the Fair with the Silken Hair: the title character receives prospective bridegrooms seeking her hand in marriages, and each of them offers his own form of greeting.