Stay the F*ck Home Bar: How to survive self-isolation with friends online 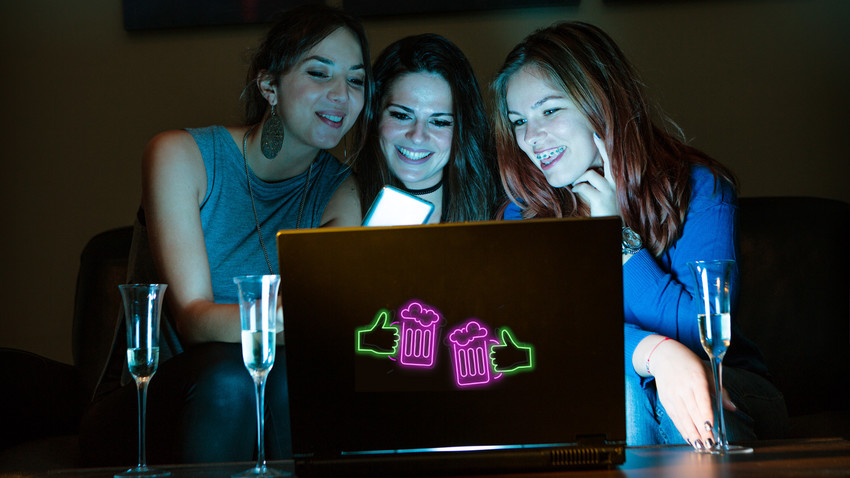 Getty Images
A group of St. Petersburgers have created a website where people working from home, due to coronavirus, don’t get bored and don’t feel lonely.

With governments enacting quarantines and businesses sending people home to work remotely, a lot of people are losing their minds. People are social creatures, and those talk-to-me-chemicals (science term) in our brains are not going to stop pumping. Enter the ‘Stay the F*ck Home Bar’.

With restaurants and bars temporarily closing, a group of designers from Saint Petersburg called the Shishki Collective set up an online bar conceived out of the online #staythef*ckhome movement. It is a BYOB virtual video-conferencing bar without borders, where people from all over the world can meet, have a drink, and try not to lose their collective minds by supporting each other.

I logged in to the “English, do you speak it?” room and was surprised to find it quite lively. The number #1 topic of conversation:

Working from home is lonely as f*ck 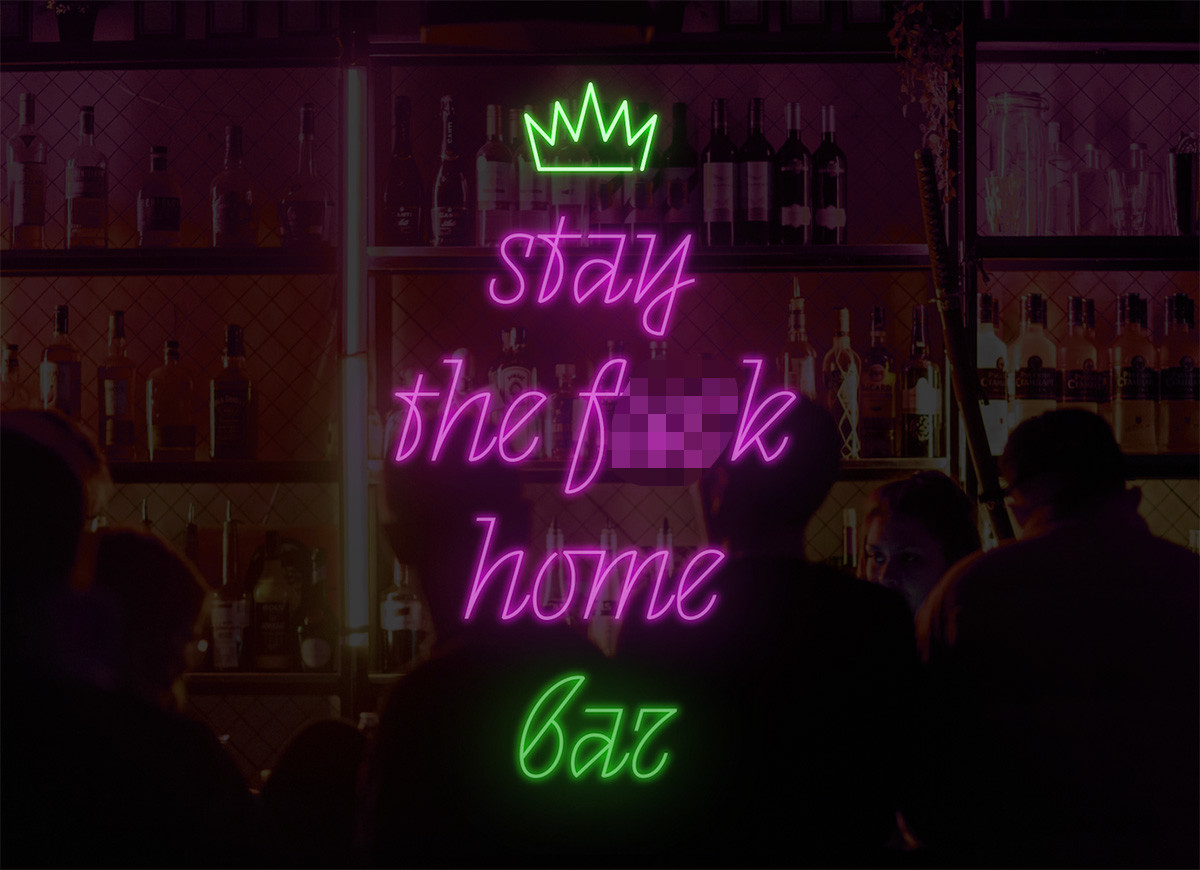 It is one of the world’s greatest experiments in being careful what you wish for. Going to the office can be dull and annoying, but sitting on your butt at home turns out to be not so great either. So, the Stay The F*ck Home Bar is doing its part to make this a bit easier. As an added perk, this bar is full of people from all over the world, so you don’t have to spend your time avoiding fellow townies. Currently, there are four rooms with no borders:

With more to come.

It’s an opportunity for people to satisfy that pay-attention-to-me itch (more science) while, at the same time, expanding their social circles around the globe.

After all, we’re in this sh*tshow together

While there, I had the opportunity to talk with a number of people, which currently are mostly Russians, but living all over the globe. I had the chance to talk with people in Spain, Estonia, France, and Russia about quarantines, alcohol sales, everyone’s hoarding habits (buckwheat in Moscow, garlic and potatoes in Tallinn, weed in Barcelona).

When I first came into the chat, there was only me and an older man with a bottle of scotch. Sadly, not being as well-endowed, I grabbed a beer from the fridge and joined him. He was a marketer for alcohol brands and was about to get on a conference call to discuss different ways for their clients to stay profitable in this time. “So,” he said, “I saw this bar and came to check it out.”

A few others joined and the man left for his conference call.

An alcohol distributor named Alexei in Estonia told us about how a fake news story about the government restricting the frenzy of alcohol had sent citizens into a buying panic. “It was crazy,” he said, “but, of course, good for us.”

A Russian man with the username ‘Ganji’ told me about what life is like in Barcelona. “It is a 600 euro fine for being caught on the streets without purpose. My friend was going to buy a car yesterday and he ran into a police officer who asked where he was going. When he told the police officer the truth, he was told that he’d better get 600 euro off his new car. 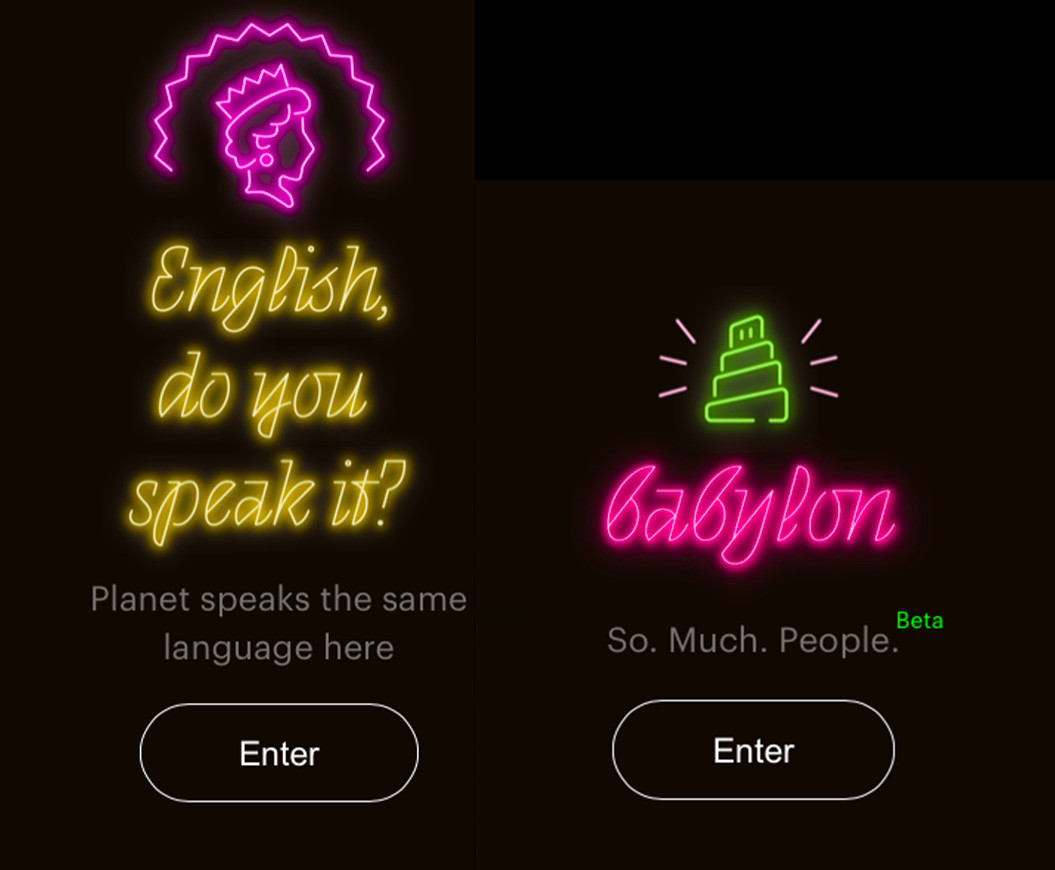 Many people popped in just to listen for a while, but many stayed to chat. A lot of the sentiment centered around the craziness of being in self-isolation. A Russian woman living in France said that there was a 30 Euro fine for French folks going out, but, she explained, “They are French, so they are going to enjoy life how they want anyway.”

Of course, when the topic of toilet paper and guns came about, screens were turned on me. “Why does everyone need toilet paper?” Everyone wanted to know. The whole situation is “pizdets” they told me, and then started to explain what pizdets means (a rather rude word in Russian), before I told them I was well aware and agreed. “And, why are Americans buying guns? Is it to steal toilet paper? Fight criminals? What?”

“Nobody knows,” I told them. “Americans are a little crazy.” This was met with a general round of nods.

All-in-all, it was quite surreal. Everyone seemed eager to just talk and commiserate and everyone wanted to learn about how things are going in everyone else’s country. With a month of chaos and misinformation in our wake, it was refreshing to find a place where people were trying to be people and find usual comfort in this very unusual situation.

With bars and alcohol companies already reaching out to start their own bars and offer sponsorships, this might only be the beginning. If you’re curious about what’s going on in other parts of the world or just want some company, I’d recommend checking it out.

READ MORE: #QuarantineAndChill: All things Russian to do while in self-isolation