How has the Russian Orthodox Church responded to coronavirus? 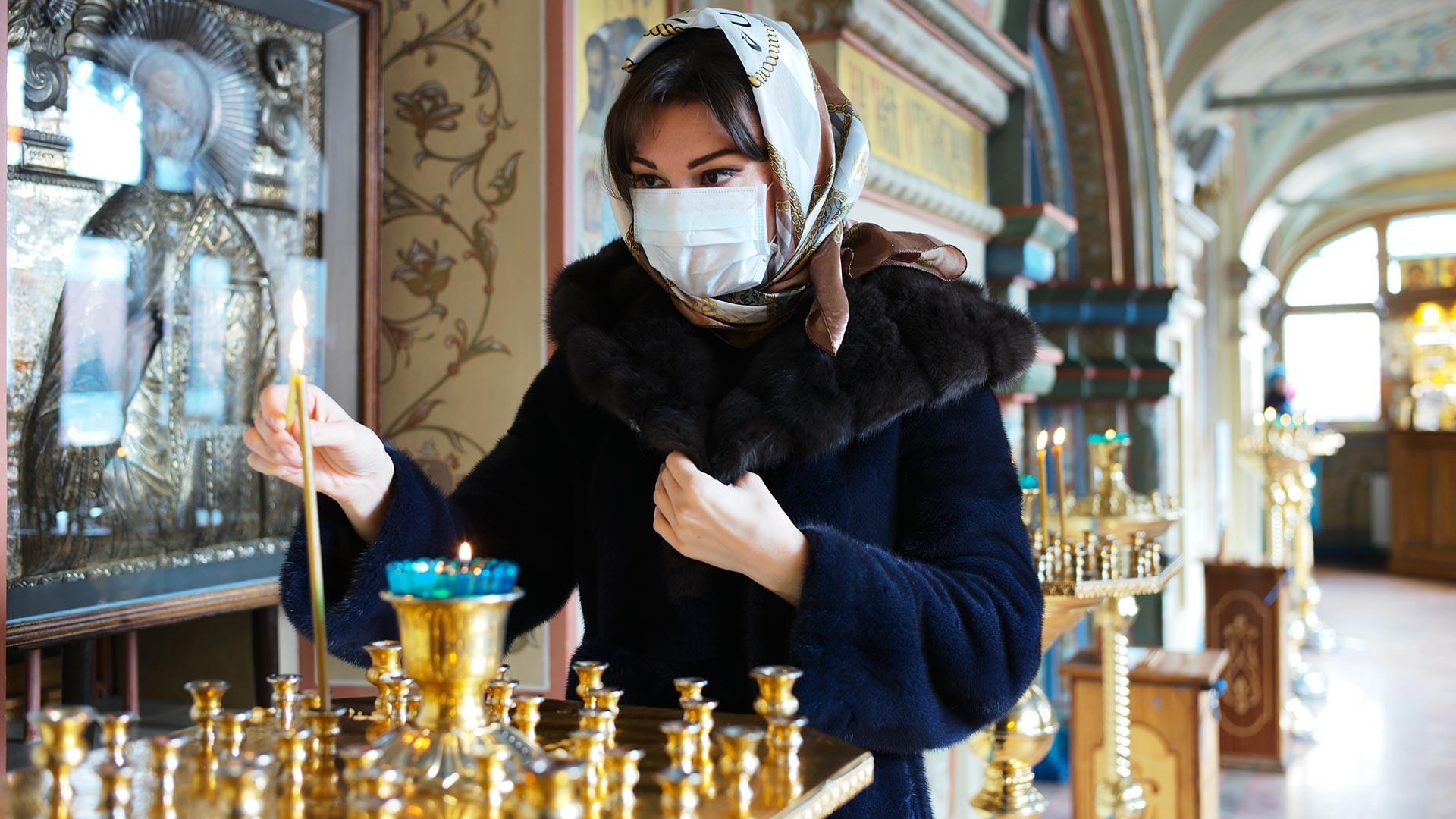 Sergey Pyatakov/Sputnik
The church has issued a set of rules to prevent the spread of the coronavirus, but far from everyone is prepared to follow them.

In mid-March, when Russia already had over 50 confirmed cases of COVID-19, dozens of people crowded into a small wooden church in the north of the capital, where the miracle-working, myrrh-streaming Eleusa icon had been brought from the Bryansk Region for the first time ever. Men and women spent hours in a queue waiting for their turn to kiss the icon.

An aide to the bishop of the Zheleznogorsk Diocese in the Kursk Metropolis, Yuri Shishkov,  assured that the icon helped to cure cancer and infertility. While one of the parishioners, Lyudmila, confidently stated in comments for the media: “The coronavirus will not slip between the kisses. Generally speaking, one cannot contract anything in a church, let alone from an icon like that!” 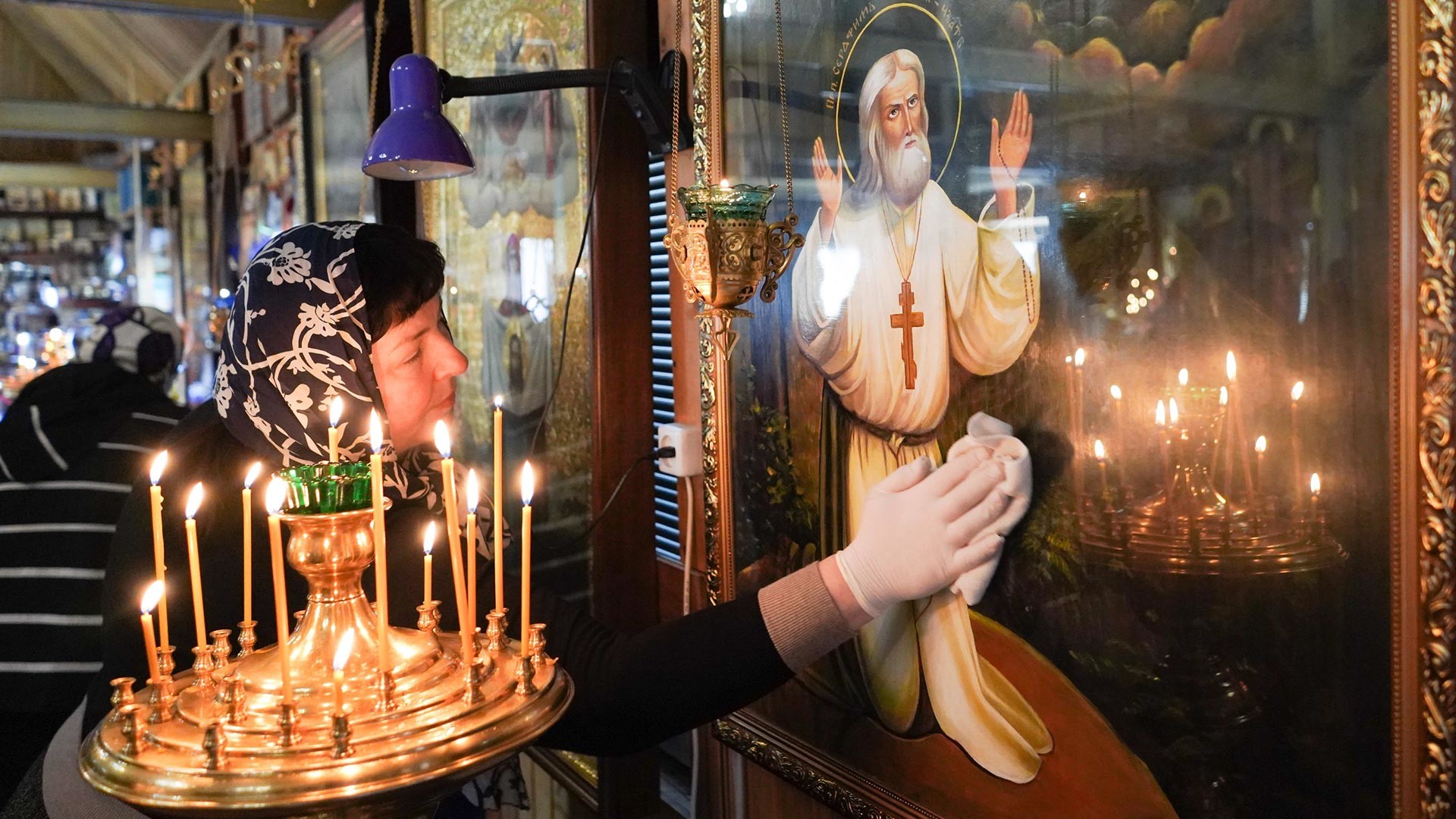 Two days later, on March 16, the mayor of Moscow issued a decree banning all mass events involving more than 50 people. Similar measures were introduced in St. Petersburg. In a matter of days, the number of COVID-19 cases in Russia rose to 93 people. How have these new circumstances affected the Russian Orthodox Church, and what has changed in religious services across Russia?

On March 10, a relic of John the Baptist was brought to the Kazan Cathedral in St. Petersburg. Over the course of seven days, some 70,000 people kissed the relic. There were dispensers with antiseptics and disinfectants installed at the entrance to the cathedral, and a volunteer from time to time wiped the top of the case containing the relic. Nobody refrained from kissing the case, although some did it with their masks on.

The adjustments to how the veneration of the relic was conducted were introduced thanks to the new rules regulating Russian Orthodox Church services that were approved by the Patriarch of Moscow and All Russia Kirill. 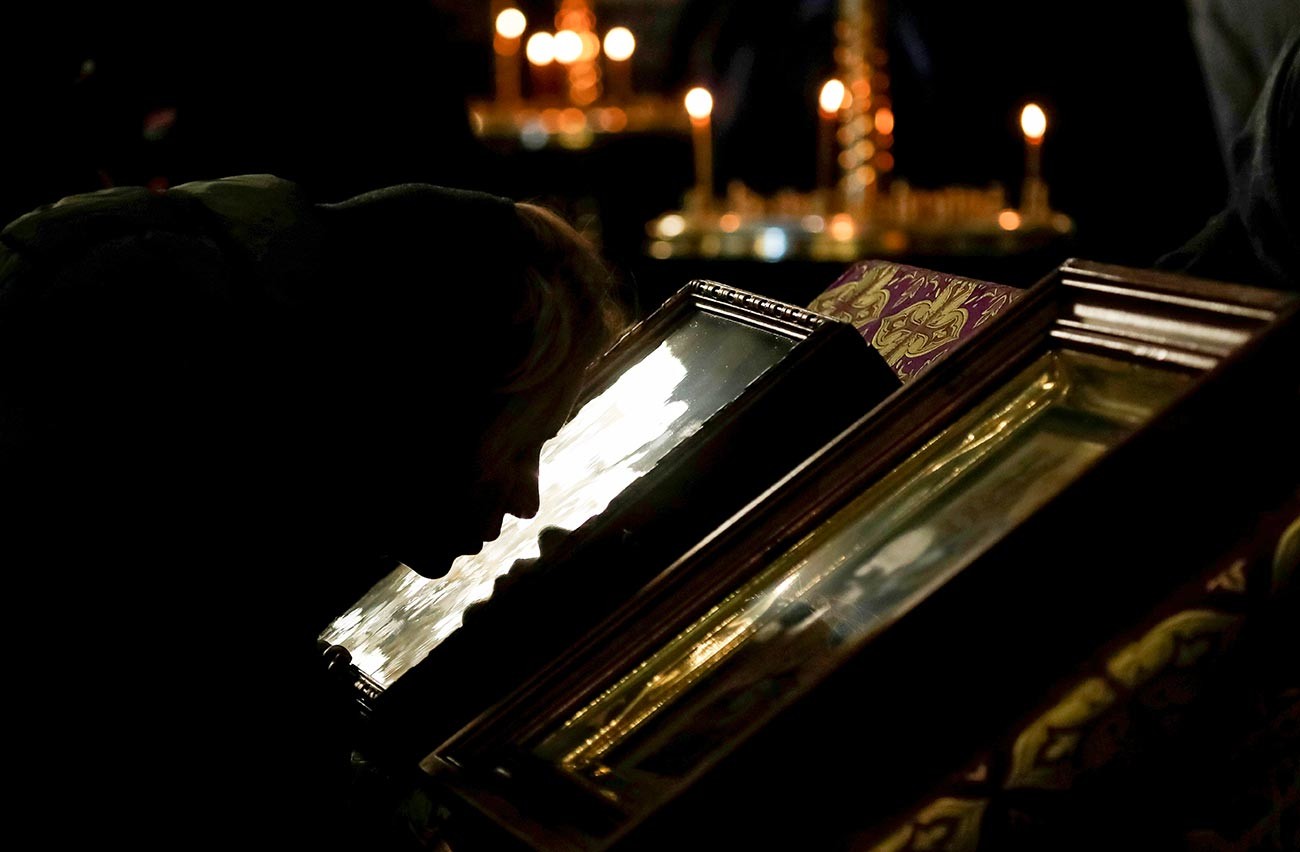 The document proposes to:

In addition, parishioners are allowed not to kiss the priest’s hand or the crucifix and the cup during communion.

Priests themselves must disinfect their hands every two hours, open windows in the churches on a regular basis, and take their temperature at the start of every working day.

Finally, priests should “explain to the congregation that compliance with the prescribed requirements and restrictions should be taken as following the words of the Holy Scripture: “Thou shalt not tempt the Lord thy God.”"

Not only the Russian Orthodox Church

The prelate of the Roman Catholic Archdiocese of Mother of God in Moscow, Archbishop Pavel (Paolo) Pezzi, also issued recommendations for priests on how to prevent the spread of coronavirus.

The recommendations say that churches must be provided with disinfectants, and that if, when serving Mass, a priest's fingers accidentally touch the lips of a person taking communion, the priest "must stop the sacrament and take care to clean his hands with a disinfectant”. Priests should remind parishioners about personal hygiene, and that communion can be taken outside of Mass. The recommendations will remain in force until April 3, 2020. 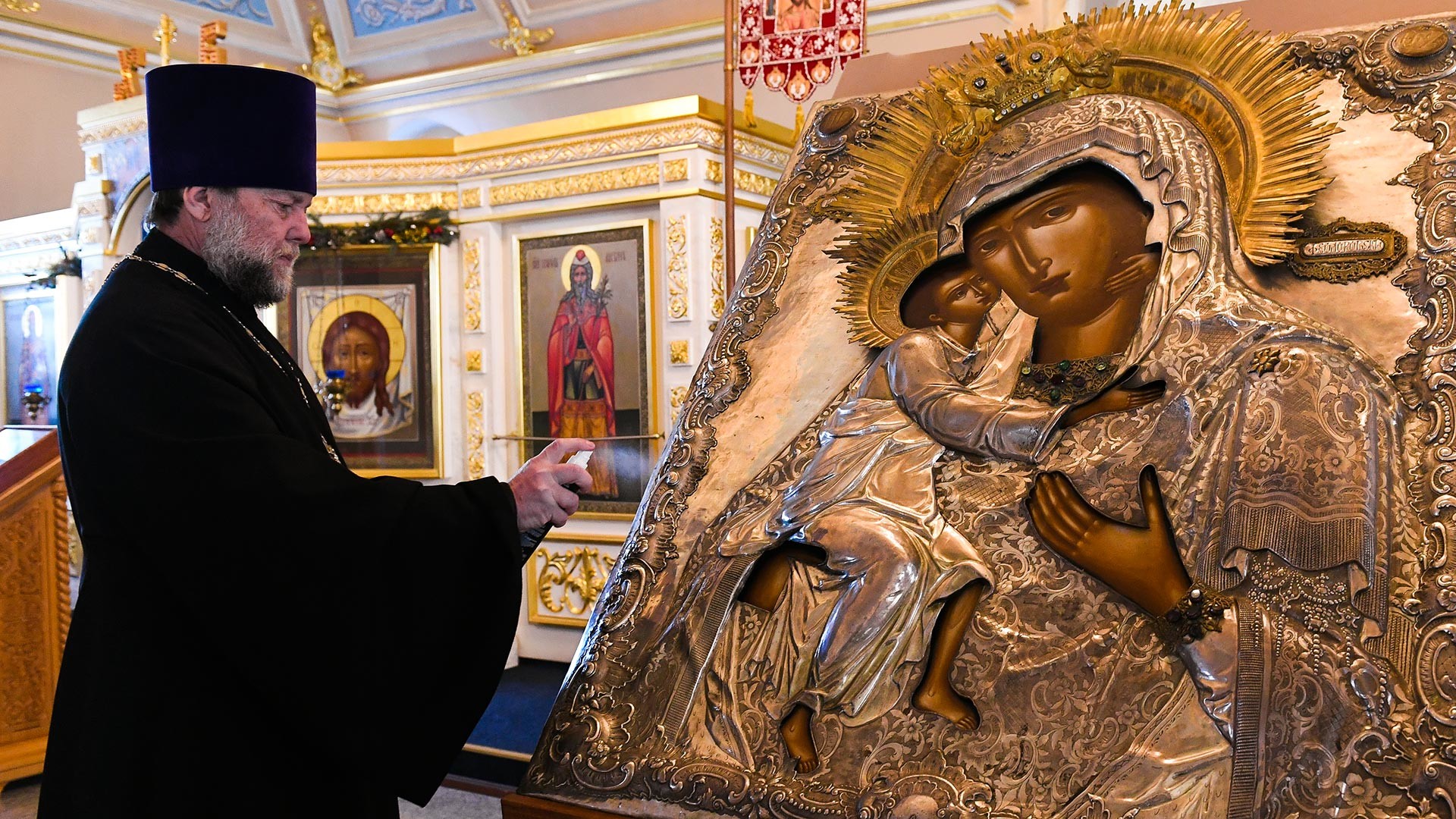 The rector of the Church, priest Vladimir Dukhovich during the sanitary treatment of the icon in the Church of St. Alexy in Rogozhskaya Sloboda

Priests in Buddhist monasteries across Russia will add prayers to their services asking for protection against the coronavirus, while the temples themselves will be cleaned more thoroughly. In addition, temples will be more frequently fumigated with an antiseptic Buddhist incense.

For its part, the Spiritual Board of Muslims of Russia has recommended cancelling all daily and Friday prayers in Moscow mosques, instead ordering imams on duty to conduct daily prayers in solitude. It is also recommended to install dispensers with antiseptics in mosques and screen all visitors for fever with the use of non-contact thermometers. In addition, mosques must undergo additional cleaning with disinfectants.

Against the rules, for the sake of faith

Despite the new instructions, some believers prefer to fight coronavirus with their own methods. On March 18, the head of Leningrad Region's Kirovsky district, Andrey Gardashnikov, said he “could take it no more” and would organize a procession of the Cross. He shared the news on Instagram.

A few hours later, comments under the announcement of the religious procession were disabled, and on the next day, Gardashnikov explained his thinking.

“A procession of the Cross is not just a form of collective prayer but also a powerful spiritual remedy that our pious ancestors resorted to both during festivities and during epidemics and pestilences. A procession of the Cross consecrates an area through which it passes, the air itself and, of course, the people who take part in it. Because where there is Christ, there can be no contamination,” he said.

A traditional Easter procession will also be held in Volgograd. Metropolitan Theodore of Volgograd and Kamyshin believes it is necessary to hold religious processions during the coronavirus pandemic.

“We know numerous examples when infectious diseases were stopped by a procession carrying an icon of the Mother of God. That is why a procession of the Cross should be considered not just as a crowd of people gathered in one place, but as a cleansing,” he said.

Daily processions will also be held in the center of Moscow, head of the city's Vysoko-Petrovsky Monastery, hegumen Pyotr (Yeremeyev) has announced on Instagram.

“In some regions, these events have already been cancelled because these mass gatherings of people present a certain danger. <...> Even if a procession takes place, it will be covered on TV, in the news, and many people will say: 'Why are you putting people at risk?' It is better to rule out these events, and to set an example with one's prayer,” he said.