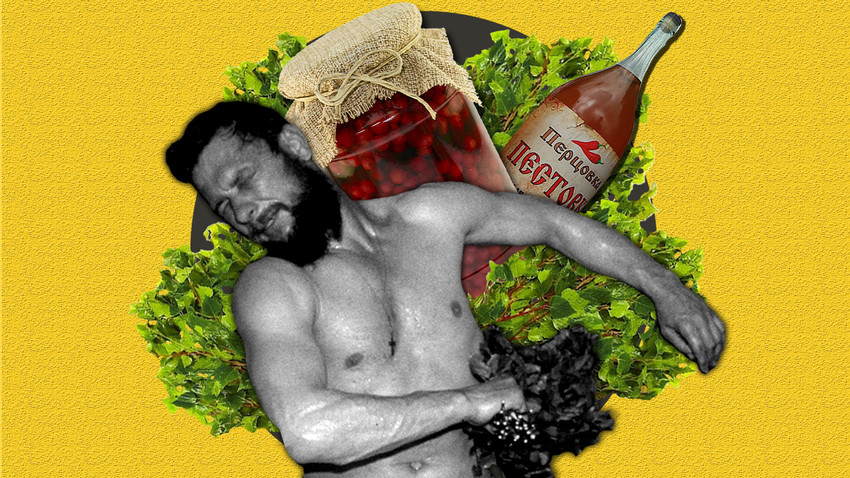 Fred Greenberg / Sputnik, Vladimir Smirnov / TASS
We look at the most popular folk immune boosters, and ask Russian doctors if there’s any truth to the stories of their amazing medicinal properties.

Disclaimer: the products listed here are not substitutes for the main types of treatment recommended by the World Health Organization (WHO) during the coronavirus pandemic. 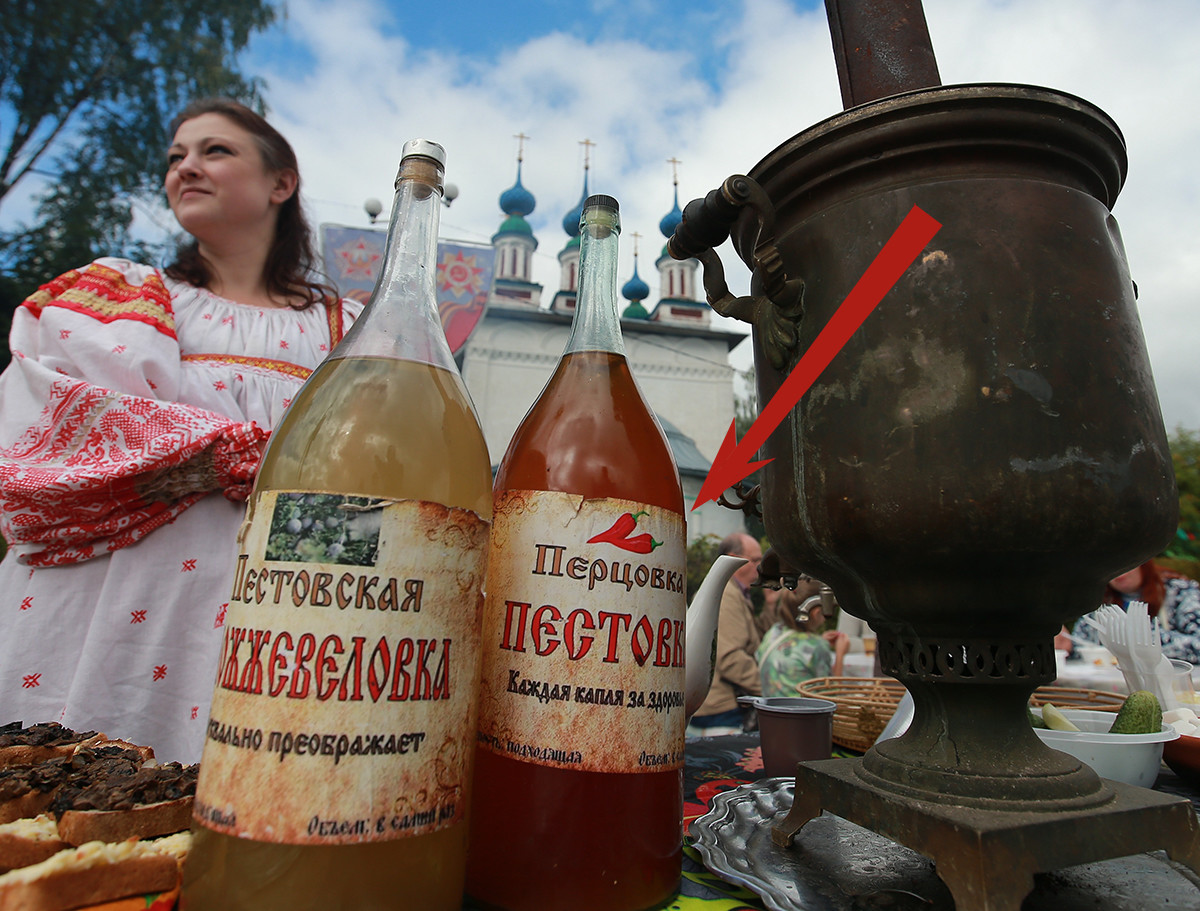 It’s a common belief among some Russians that pertsovka will prevent the common cold, or help cure it during its early stages. The drink was first concocted centuries ago as a way to stimulate the immune system: the vodka “disinfects”, while the pepper acts as an antimicrobial agent.

What the doctors say: “Alcohol is a strong antiseptic. It can’t not act positively on viruses. However, many people simply don’t know where to stop. So I could not in good conscience recommend alcohol here,” says Dr. Anna Kontseva of the National Research Center for Preventive Medicine.

“The ingested alcohol evaporates with the air as you breathe. You can therefore look at it as a way to sanitate the lungs, but it’s still a long way from being recommended as a preventive measure, as there are such things as alcohol dependency and overdosing to consider,” says Professor Aleksey Nasedkin of the M.F. Vladimirsky Otolaryngology Faculty at the Moscow Regional Research Institute. 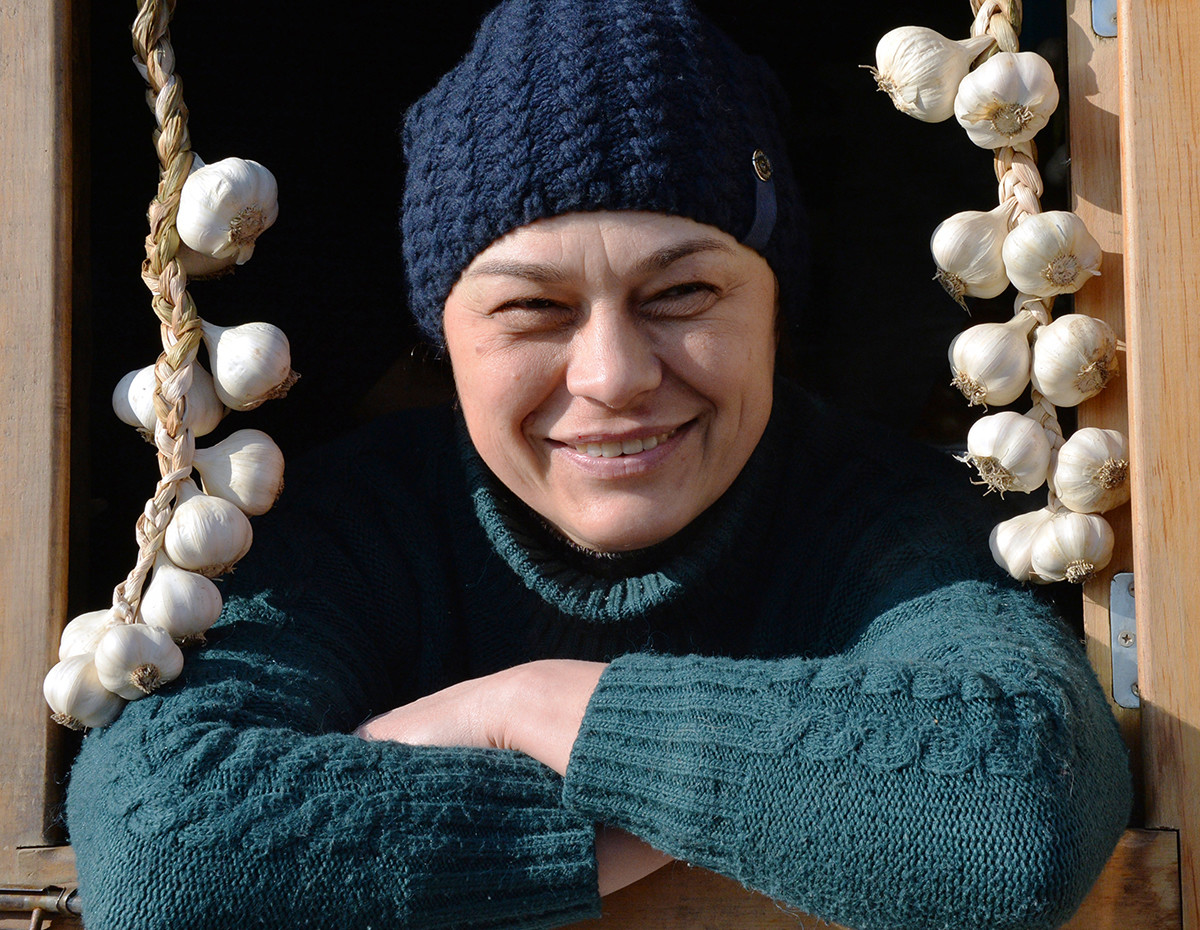 Russians consume garlic in spades as a regular preventive measure, whether adding it to their dishes, or simply chewing on it. Then there are the garlic necklaces: hard to believe, but they exist.

What the doctors say: “You can put chopped garlic on a plate next to you, it will give off vapors with bacteria-fighting biological properties. It can be ingested as well, to boost the local immune system,” says Dr. Vladislav Verevschikov, who specializes in infectious diseases.

The WHO also claims that “garlic is a healthy food that may have some antimicrobial properties,” but also that “there is no evidence from the current outbreak that eating garlic has protected people from the new coronavirus.” 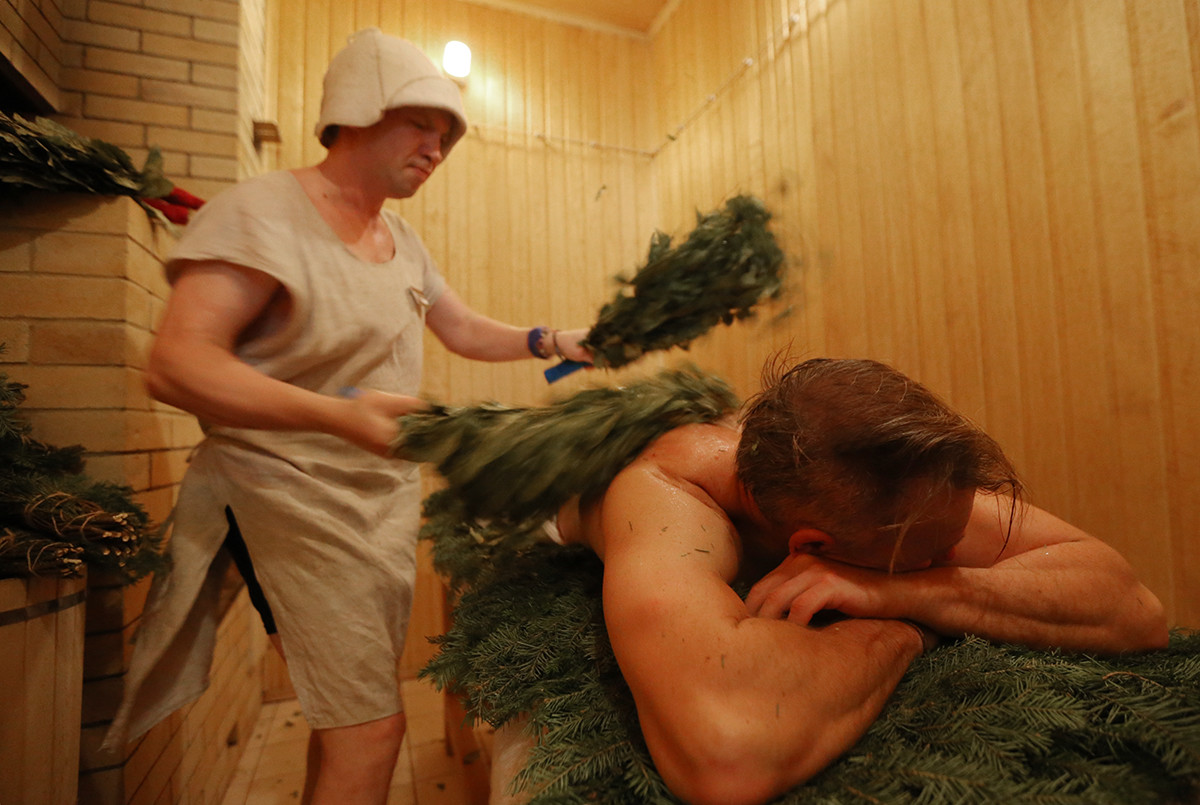 The banya is a cornerstone of good health for Russians. High temperatures, together with various procedures - such as being beaten with special bathing besoms, aids blood circulation. We’ve had several articles in the past outlining the correct way to enjoy the banya, as well as how to prank any newcomers.

What the doctors say:“You can strengthen your immune system with the banya, but only through regular visits. During the procedure, the organism heats up to 41-45 degrees centigrade, which leads to the destruction of viruses and microbes, as well as stimulating the production of antibodies,” says Dr. Yuriy Kuzmin of the First Clinical Medical Center in Kirov.

The WHO, however, warns that the novel coronavirus is not in any way affected by high temperatures.

4. Cold showers (or Russia’s version of the ‘Ice Bucket Challenge’) 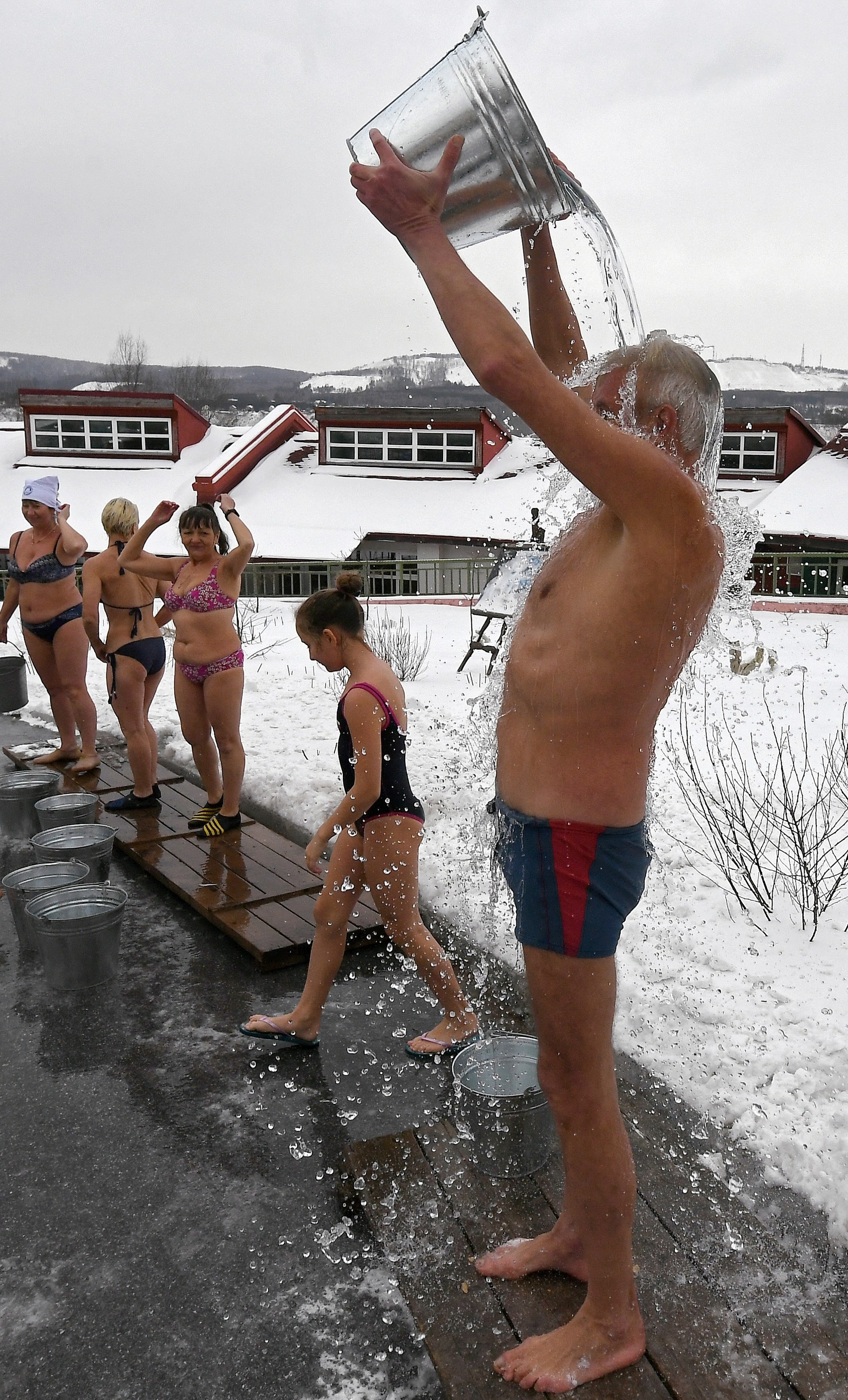 You’ve no doubt seen the photos: it’s winter, the river is covered in thick ice, a hole is drilled, and a group of people line up, each awaiting their turn to take a dip. This annual ritual, marking the annual Epiphany (January 19), symbolizes spiritual cleansing. However, religion isn’t the only reason the Russians engage in it. Such people are usually dubbed ‘morzhy’ (“walruses” in Russian), but even ordinary buckets of ice-cold water do the trick when it comes to improving one’s blood circulation and strengthening the arteries.

What the doctors say: “cold-water-hardening” (the Russians use the word “zakalivanie”), when incorporated correctly into a person’s daily routine, works to strengthen the adaptive mechanics of the organism. However, placing all your faith in the extreme-temperature procedures’ ability to help fight infection - let alone the new coronavirus - is, of course, not wise.

Moreover, the procedure isn’t meant for the uninitiated, and could even harm you. Any such extreme stresses, causing a temporary immuno-suppression [act negatively on the immune system]”, says Professor Andrey Svistelink at the Russian Medical Academy of Continuous Medical Education (RMANPO) and one of the lead researchers at the Basic Genomic Group. 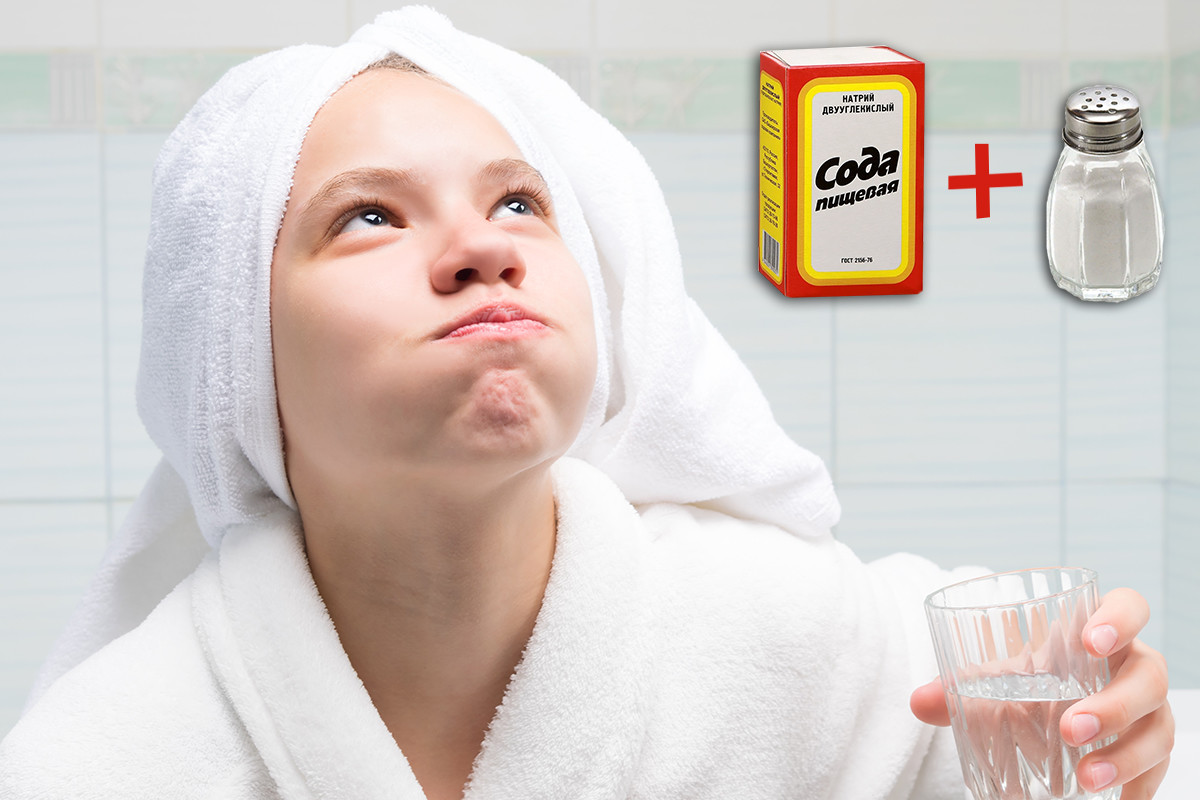 This famous combo has been used both as a treatment and preventive measure by some Russians. The resulting solution can be used to gargle, as well as giving the nostrils a bacteria-killing clean.

What the doctors say: “My advice is that if your nose is functioning properly and there’s no edema, then hold off on doing regular salt and soda cleanses. You will most likely interfere with the mucous membrane’s normal functioning, derailing it. However, if you’d like to err on the side of caution after having close contact with other people, it’s best to wash out your nose with seawater or a simple saline solution,” says Professor Nasedkin. 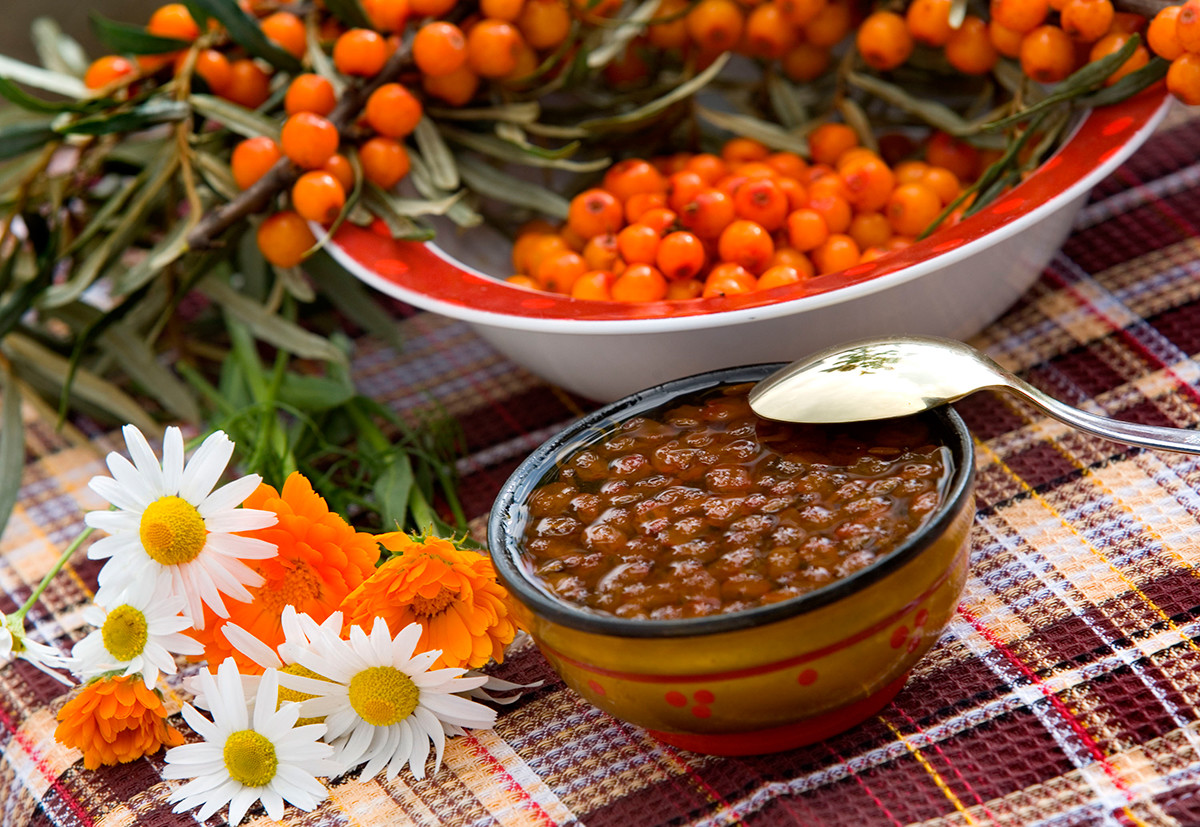 This sweet remedy isn’t just a topping for your syrniki (cheese pancakes), but a much-loved preventive medicine, often containing raspberries, red currant, sea buckthorn and other berries rich in vitamins.

What the doctors say:“Some types of preserve (excluding the kinds that require boiling for lengthy periods) do indeed contain a whole plethora of useful substances, along with massive doses of Vitamin C, which, undoubtedly, contributes to the organism’s ability counter infection,” Svistelnik of RMANPO believes, with Kuzmin also adding that raspberry preserve works best, as it also functions in a fever-reducing capacity.