Russians shave their heads en masse, including the leader of Chechnya, Ramzan Kadyrov. What? 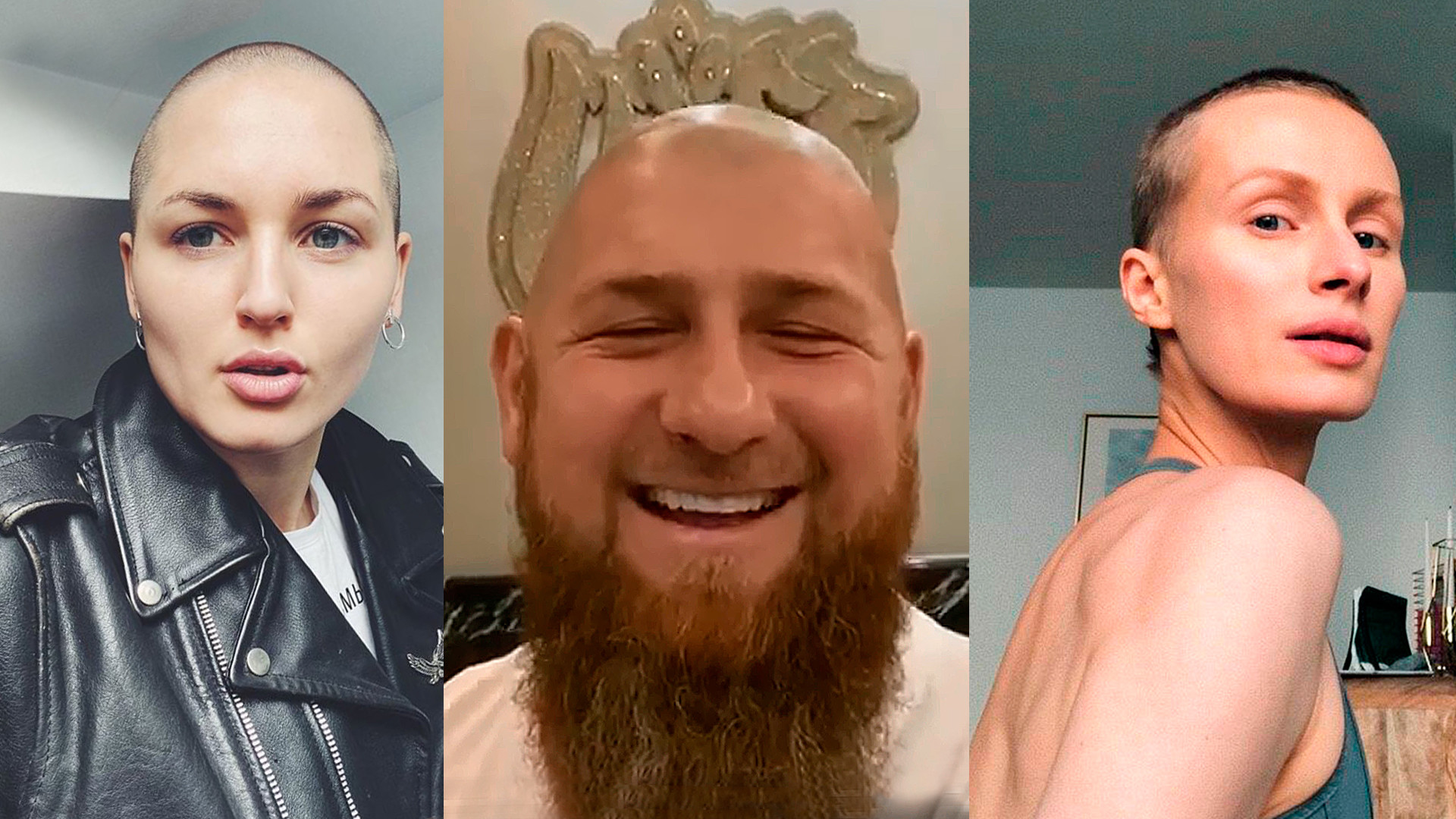 jb_eliara, liliabrainis, groznytv/instagram.com
In response to a request to open hairdressing salons in Chechnya, the head of the republic, Ramzan Kadyrov, promptly shaved his head. His example was contagious, not unlike something else at the moment… However, many Russians, including a fair few women, had been shaving their hair off long before Kadyrov got in on the act.

On April 20, a resident of Chechnya asked Kadyrov to allow beauty salons and hairdressers to reopen. Kadyrov called upon inhabitants of the region to be patient, and the next day demonstratively shaved all his hair off. Under the hashtag #чистаяголова (cleanhead), he urged men to do the same.

His example was followed by MMA fighter Alexander Emelianenko, and then Russian rapper Timati. In two days, the online flash mob had collected over 500 Instagram posts of men shaving themselves bald.

“One of these ‘shaved in quarantine’ tweets … I dyed my hair in honor of my favorite towel,” wrote Twitter user @myprecioussanie.

Some recorded the shaving process and posted it on social networks.

“On my birthday we decided to dye my friend’s hair. The color wasn’t all that great, and in the end she shaved her head. She was happy until she realized now she can't use headphones to recite poetry in literature class,” said a TikTok user.

Fitness coach Svetlana Bosshammer went into self-isolation on March 15, even before all of Moscow’s entertainment and leisure facilities were closed. She was planning a trim at the end of the month, but the constant dripfeed of depressing news sapped her desire to go for a haircut.

“Then I remembered that for the last five years I've been wondering about shaving my head. But I was afraid. All the shaving tips start with the phrase: if you have an imperfect skull shape, don't even think about it. I had no idea about the shape of my skull, and still don’t know what it means,” ponders Svetlana. 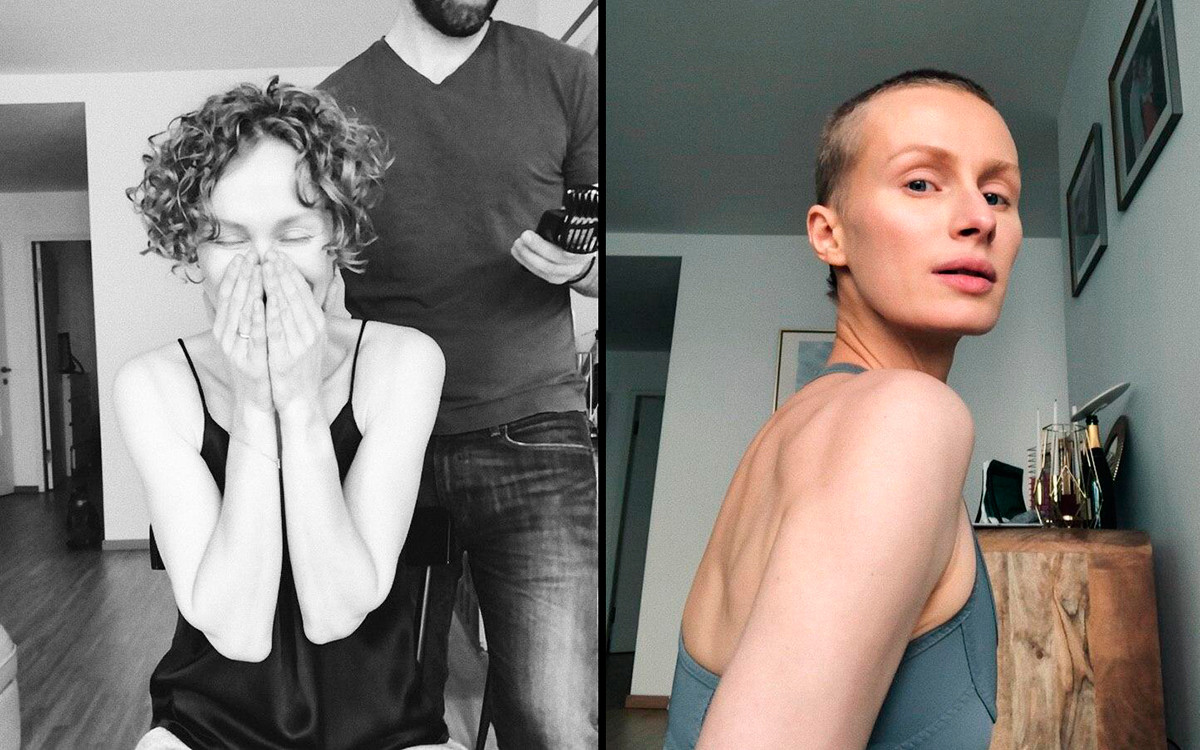 In the end, she was persuaded by a photographer friend, who offered to arrange a photo session on FaceTime.

“I asked her if it would be a ‘before’ or ‘after’ photo shoot, and she replied ‘during!’ My husband had grown a beard, but shaved it off after two weeks. And I’d had enough of all the jokes about how staying at home is easier if you've shaved your eyebrows off. Basically, everything came together, and I decided to go for it,” says Bosshammer.

She admits she still doesn’t know if she likes the result or not. All the same, hardcore haircuts have become a kind of distraction for many.

“Sure, it’s a way to take your mind off things. It takes at least a week to get used to your new look, during which time you think less about the coronavirus and the fate of the world. So I have no regrets,” sums up Bosshammer. 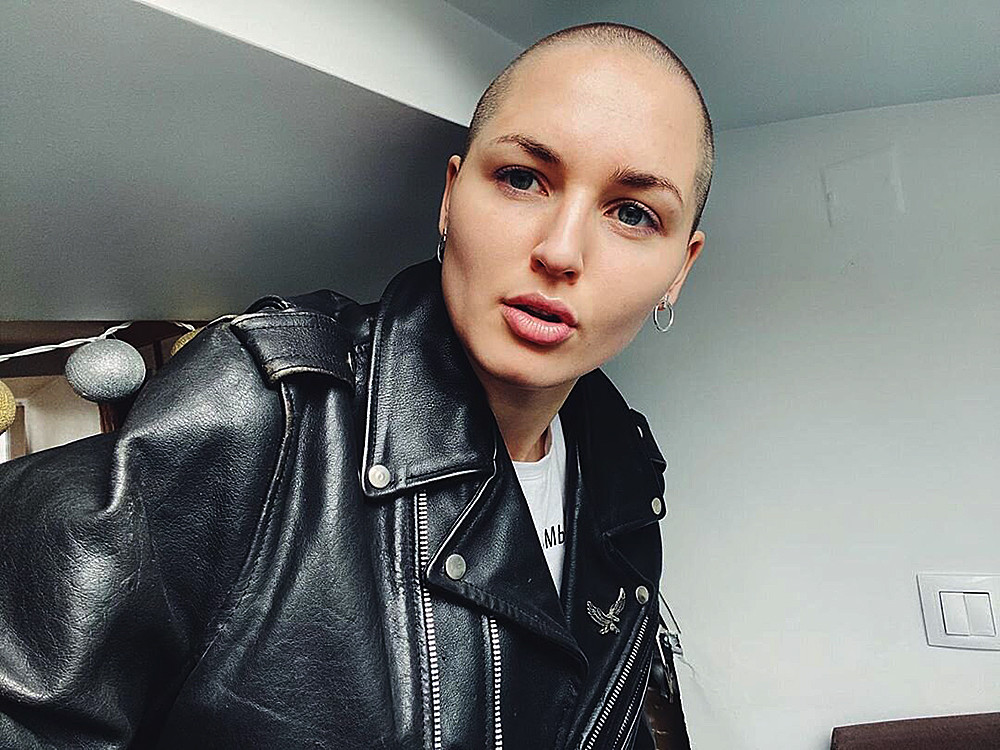 Lilya Braynis, director of the charity foundation Shalash, also decided to shave her head. She explains that in self-isolation she felt all her strength and energy slipping away. One day, she began sorting through old photos and saw some of herself from a decade ago when she was a student and, yes, had a skinhead.

“I got this sudden urge to do it again, to bring that brave and energetic girl back to life. The next morning, I grabbed my husband’s beard razor and shaved my head with his help. It took a whole hour,” says Braynis.

At first she says she felt her head turn cold, and then was overcome by tiredness. But as soon as she got used to her shiny pate, her mood changed dramatically.

“Now I feel great, I'm happy at last,” she declares.

Baldness as a protest

“[Head-shaving] is linked to the subconscious desire to change something in the world when in a state of uncertainty. People want to regain control when everything around them is in chaos. They don’t know how to adapt to their new living conditions, and so they change their appearance to give them something else to adapt to,” Pominova explains.

What’s more, any appearance-related experiments point to a positive level of psychological defense, she states.

“It's much preferable to hysteria or aggression. A desire for self-transformation is always good, and this desire needs to be encouraged, especially now,” the psychologist sums up.