Does Putin have his own coronavirus bunker? 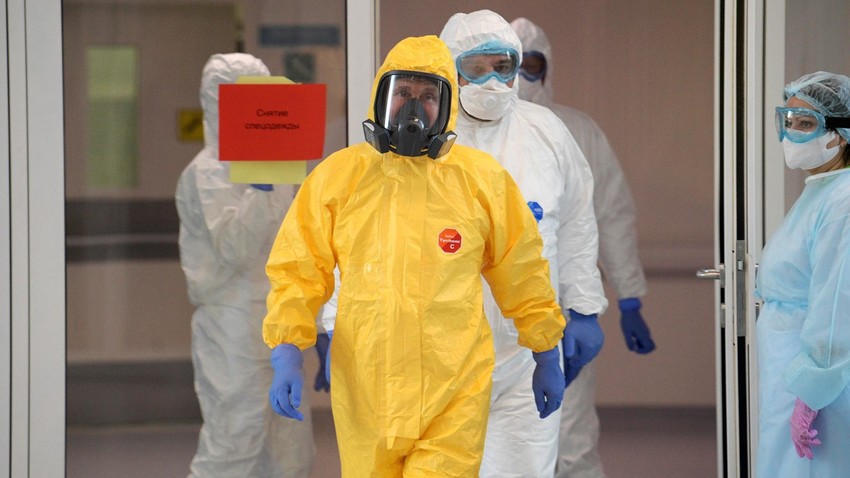 Reuters
Russia’s nationwide self-isolation regime has touched the life of every Russian, including President Vladimir Putin, forcing him to change his daily routine. Here’s what life is like for the Russian leader these days.

Went into isolation after a visit to the doctor

In late March, Putin visited Kommunarka - the main hospital for coronavirus patients. Shots of the president in a yellow hazmat suit made headlines then. 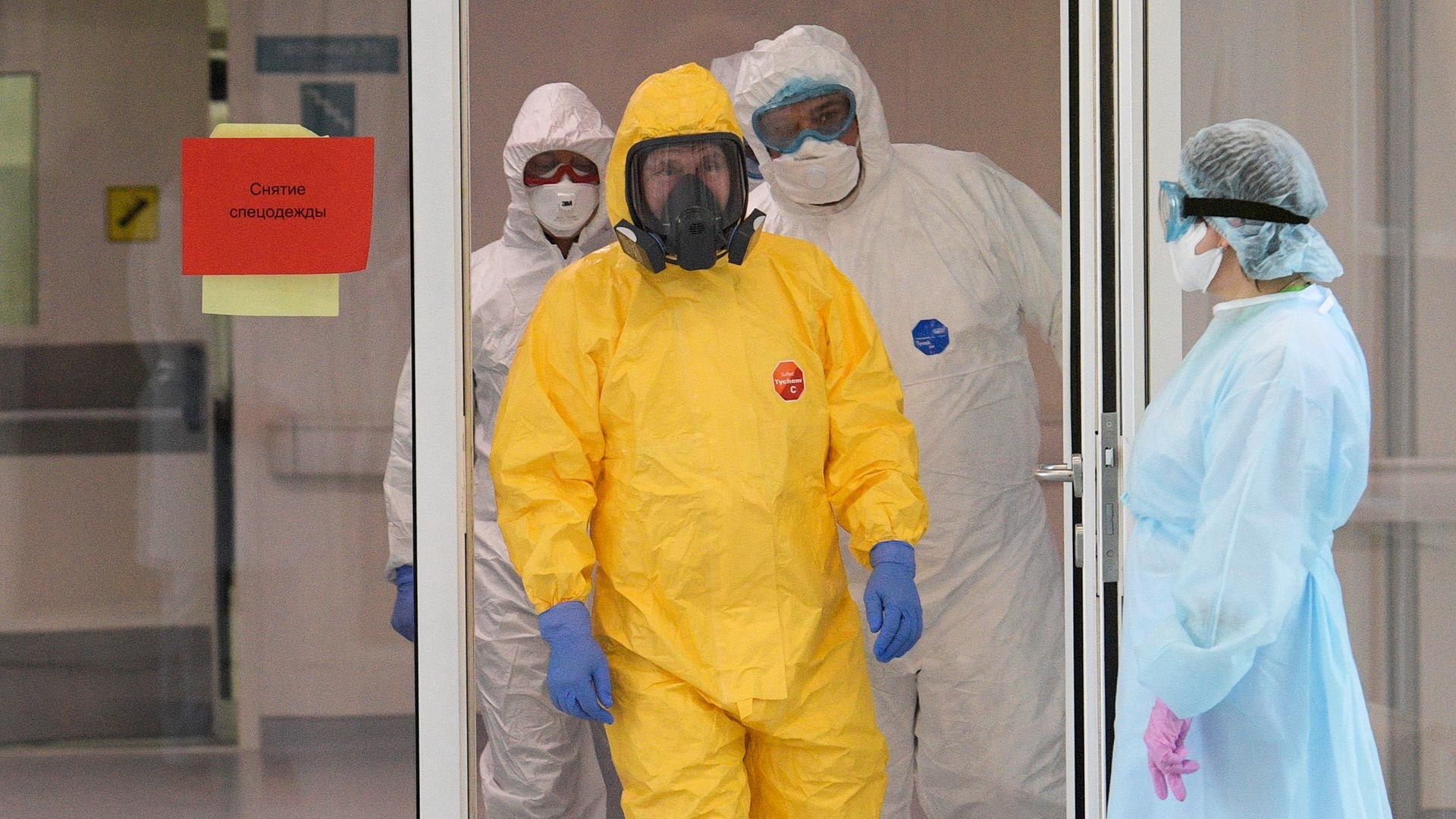 There was, however, another photo - one of Putin shaking the hand of head doctor Denis Procenko. And that was done without the protective suit. 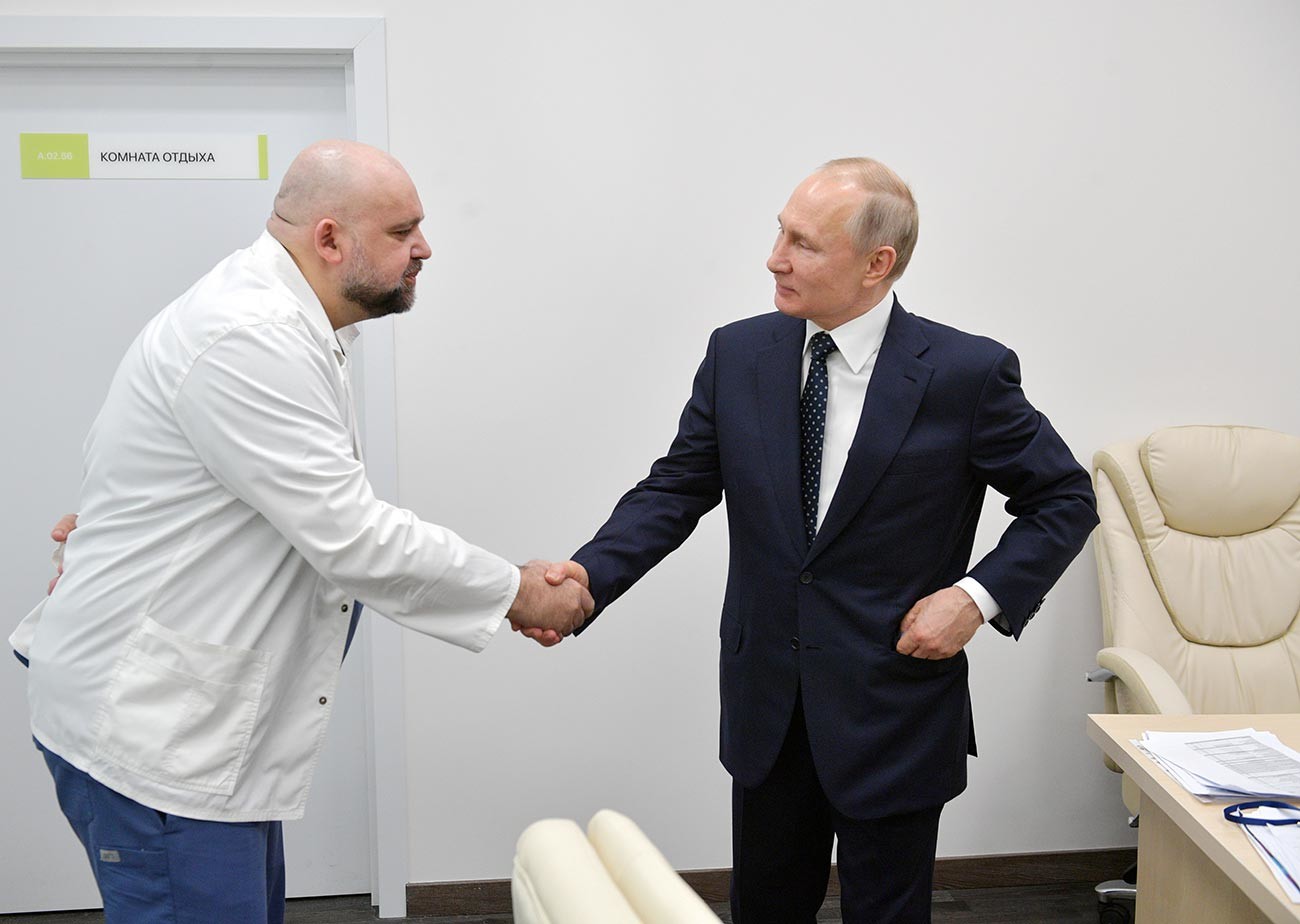 A week after their meeting, on March 31, Procenko had tested positive for COVID-19 (he has since recovered), forcing Putin to go into self-isolation the following day. The president stopped his work trips to the Kremlin, cut the number of daily meetings and stopped giving out handshakes, according to his spokesperson, Dmitry Peskov. The president even stopped appearing in public for a little while, which didn’t go unnoticed.

“The president is in the high-risk group, and there were immediate rumors that his work-from-home mode was just a euphemism for a quarantine, and that the president was unwell,” wrote Vedomosti daily newspaper on April 1.

Peskov has assured the nation that “everything is fine” with the president’s health, and that, naturally, “everyone is observing social distancing these days”. The Russian leader is taking social distancing very seriously: almost all of his meetings are by video call, using secure connections. Some are broadcast live, such as the coronavirus-related conference calls with his ministers, resembling a Zoom session. 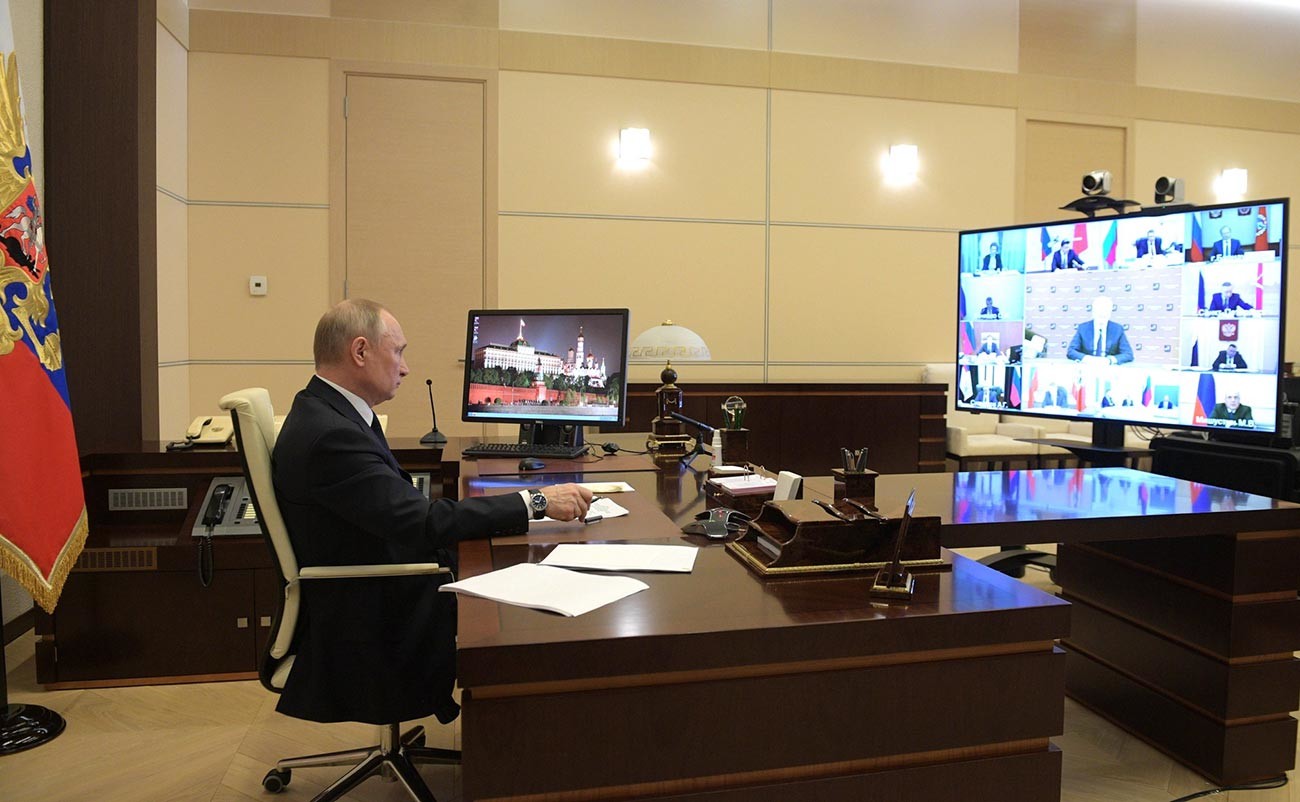 Still, some people are allowed a personal audience with the president. Over the last two weeks, he’s been meeting with various ministers and representatives from the financial and banking sectors. However, you can’t get a meeting if you don’t pass a COVID-19 test, according to Peskov.

Putin regularly gets tested. So does his spokesperson. A certain portion of the president’s staff gets tested several times a week. “Because we’re constantly at work. Some work remotely, others come in when necessary, such as when preparing a video conference,” Peskov said.

In actuality, there’s nothing super special being done about cordoning off Putin from the rest of the country: “Presidential healthcare is a whole separate dimension,” Peskov said. “This goes for every time of the year, and isn’t related to an epidemiological emergency. Therefore, everything required to keep the president safe from seasonal and other infections is being done.”

On April 8, the media noticed Peskov wearing a viral blocker, pinned like a badge to his suit. “I bought it at the pharmacy,” he told TASS news agency when asked if he had any recommendations for staff.

These ‘blockers’ vaporize chlorine dioxide (a dangerous chemical not recommended for use in the U.S.). According to the manufacturer, the substance neutralizes bacteria in the air and “effectively kills microbes and viruses”. However, Peskov has since taken off the badge, saying he only wore it as a preventive measure.

Where is Putin now?

Putin’s daily whereabouts since this all began have been a topic of much discussion. The media suspected that the Russian leader concealed himself “in some bunker”, and that his video calls are just “canned goods”, which is Russian slang for pre-recorded material.

The Kremlin denies the rumors. Putin continues to live and work in his residence just outside in Novo-Ogaryovo, 10 km outside Moscow’s MKAD circle road. The conference calls are broadcast from there, as well. 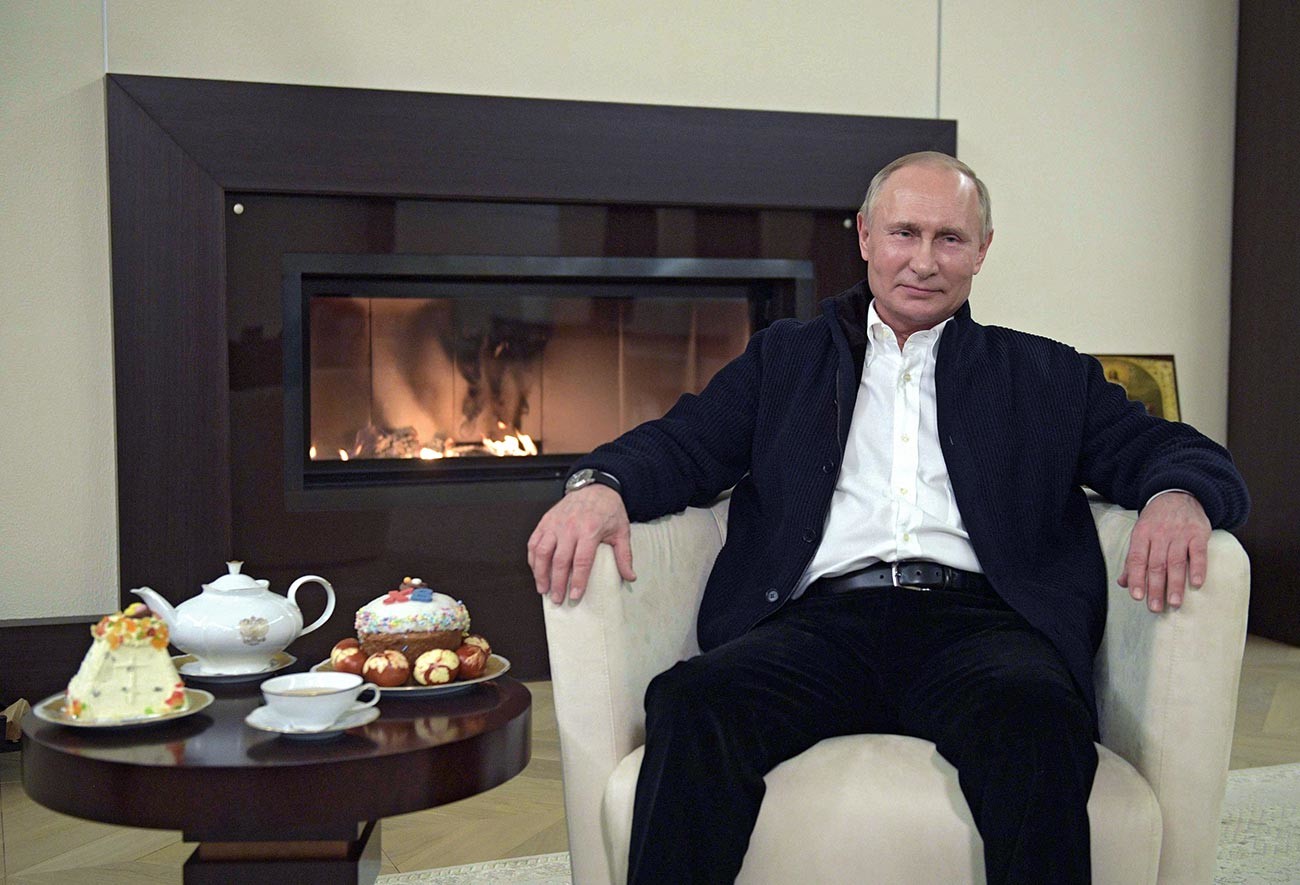 Peskov explained that the president works constantly, irrespective of working hours or day of the week. He also enjoys time at his gym and pool “as per usual”. Anything else the Russian leader might be doing, however, is not something Peskov says he’s privy to.