The young Russian herbalist who’s nothing like Greta Thunberg (PHOTOS) 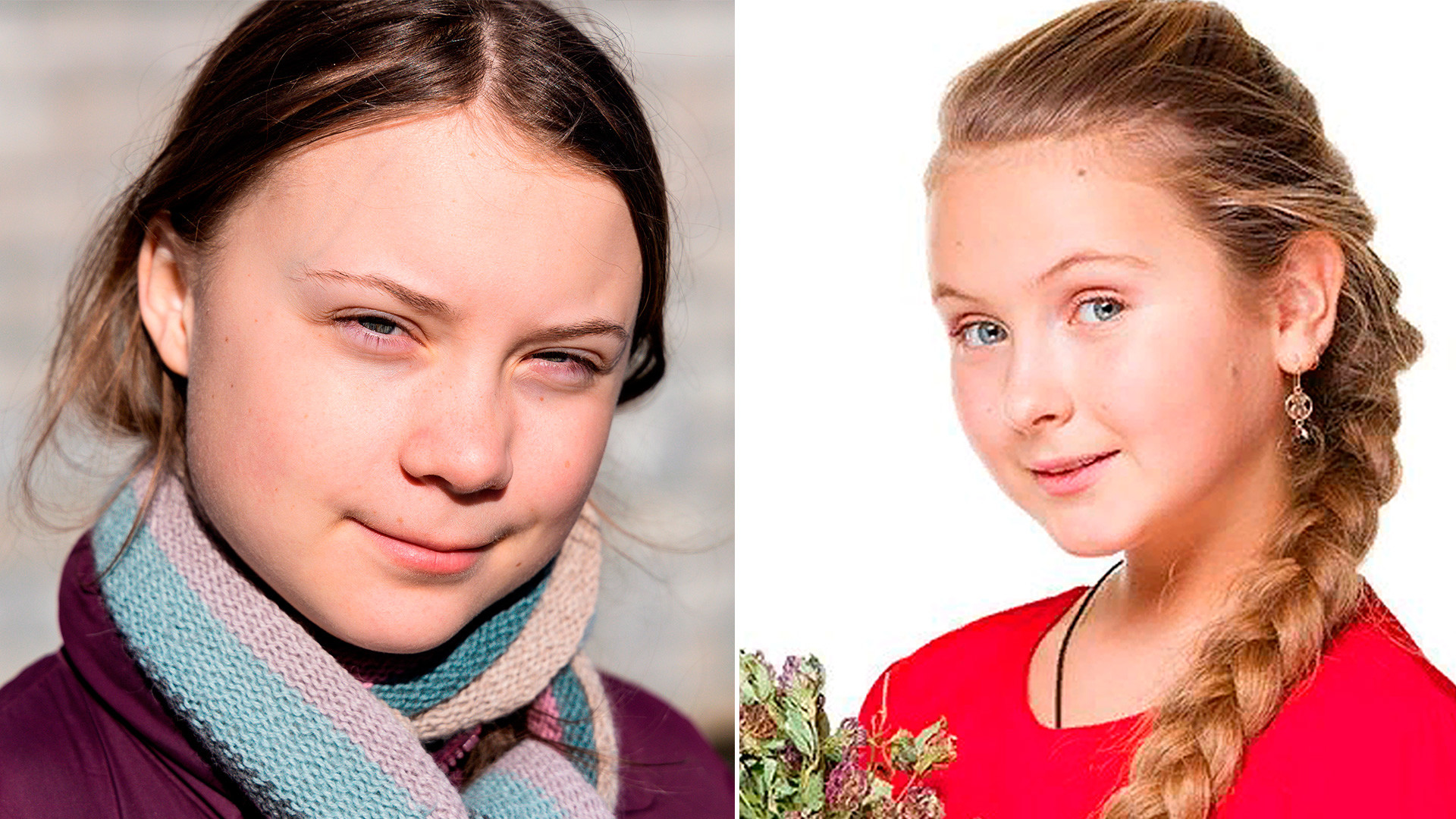 @alexsasha_rog; Legion Media
Alexandra Rogova, who is just 13 years old, uses herbal remedies as a preventative measure against the coronavirus and, while she only knows Greta Thunberg from afar, has her own message for the Swedish environmental activist.

The pretty young girl with long hair and blue eyes, who looks a bit like Greta Thunberg, does not tend to frown or be angry or tearful - on almost every photograph and in almost every video, she appears with a big smile. Another constant feature of every shot is plants from daisies to stinging nettles, the benefits of which Sasha [short for Alexandra] explains while sitting on a tree stump in the woods. The young girl does not do the rounds at ecological forums, because she has no time for such things - after school and homework Alexandra spends all her time collecting herbs and making new dishes and infusions with them. 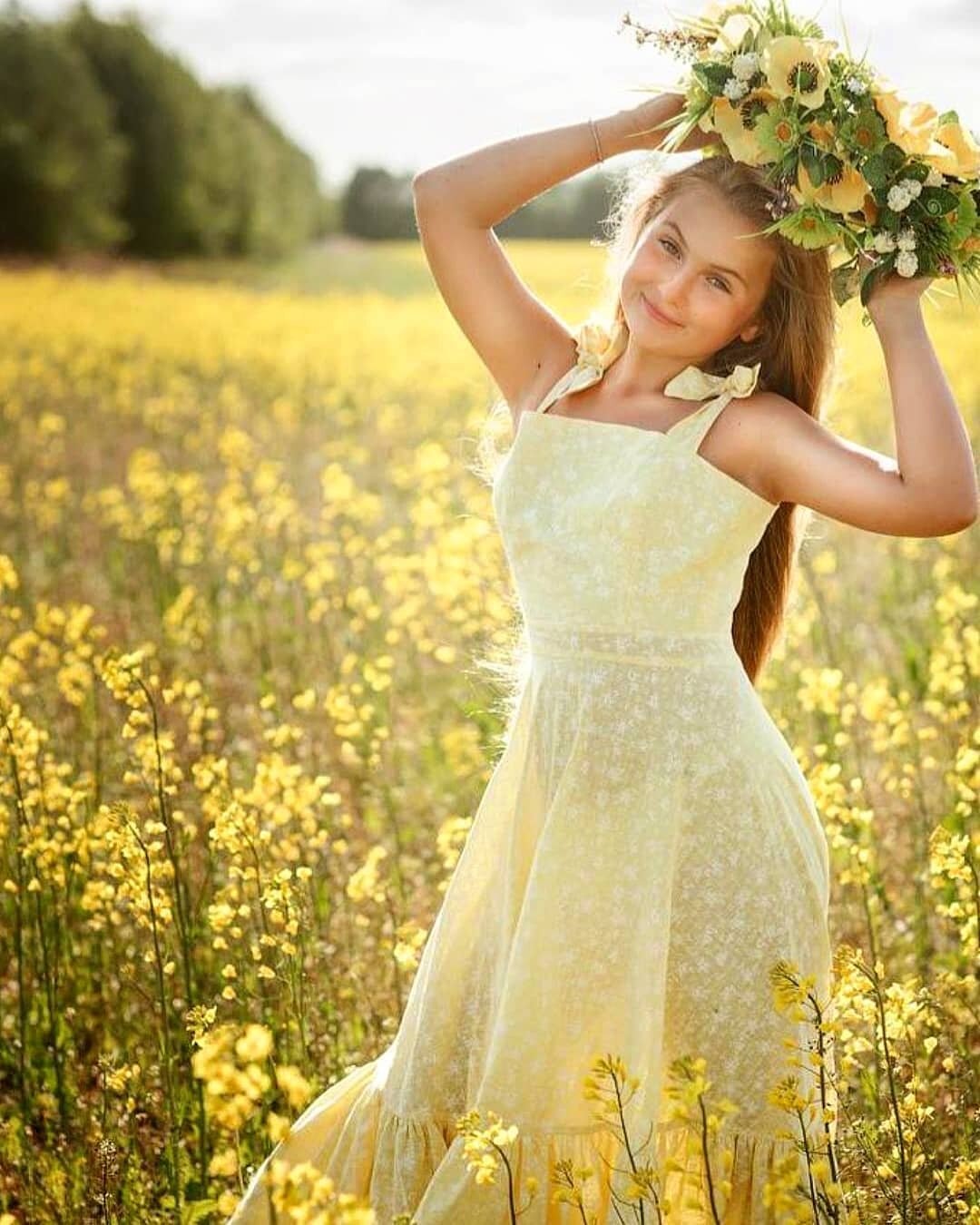 This is how Sasha upholds her title as the “youngest herbalist in Russia and the world”.

Alexandra was born to a herbalist mother and chef father in St. Petersburg. Every spring and summer, her parents would take her to the dacha (summer house) in Nizhny Novgorod Region, where her grandmother would teach her what herbs to pick and how to make dishes from various plants. 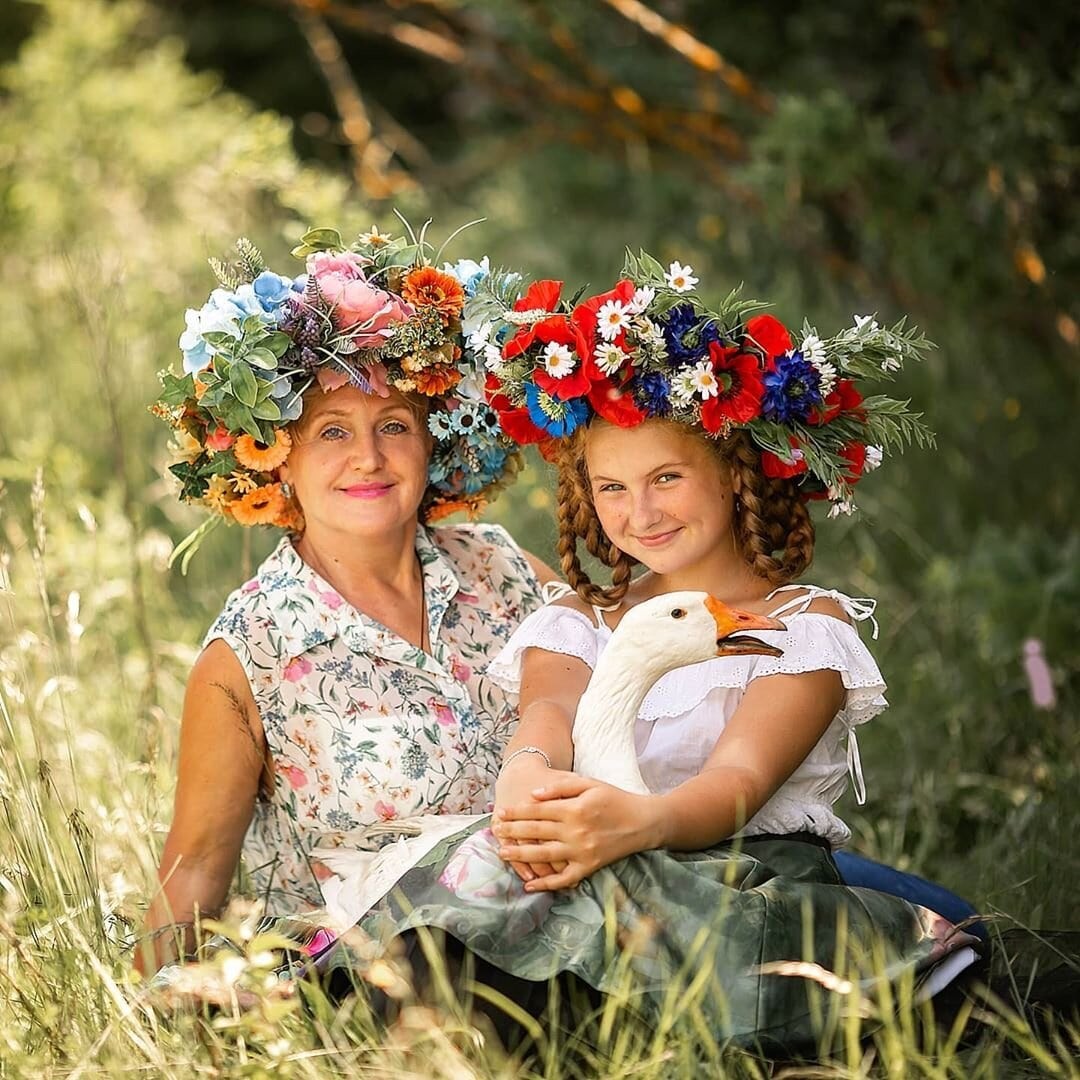 “It seemed to me something unique, so I quickly got drawn in. I remember how at the age of four, together with my grandmother, I made my first dandelion salad with tomatoes and capers,” Sasha recalls. 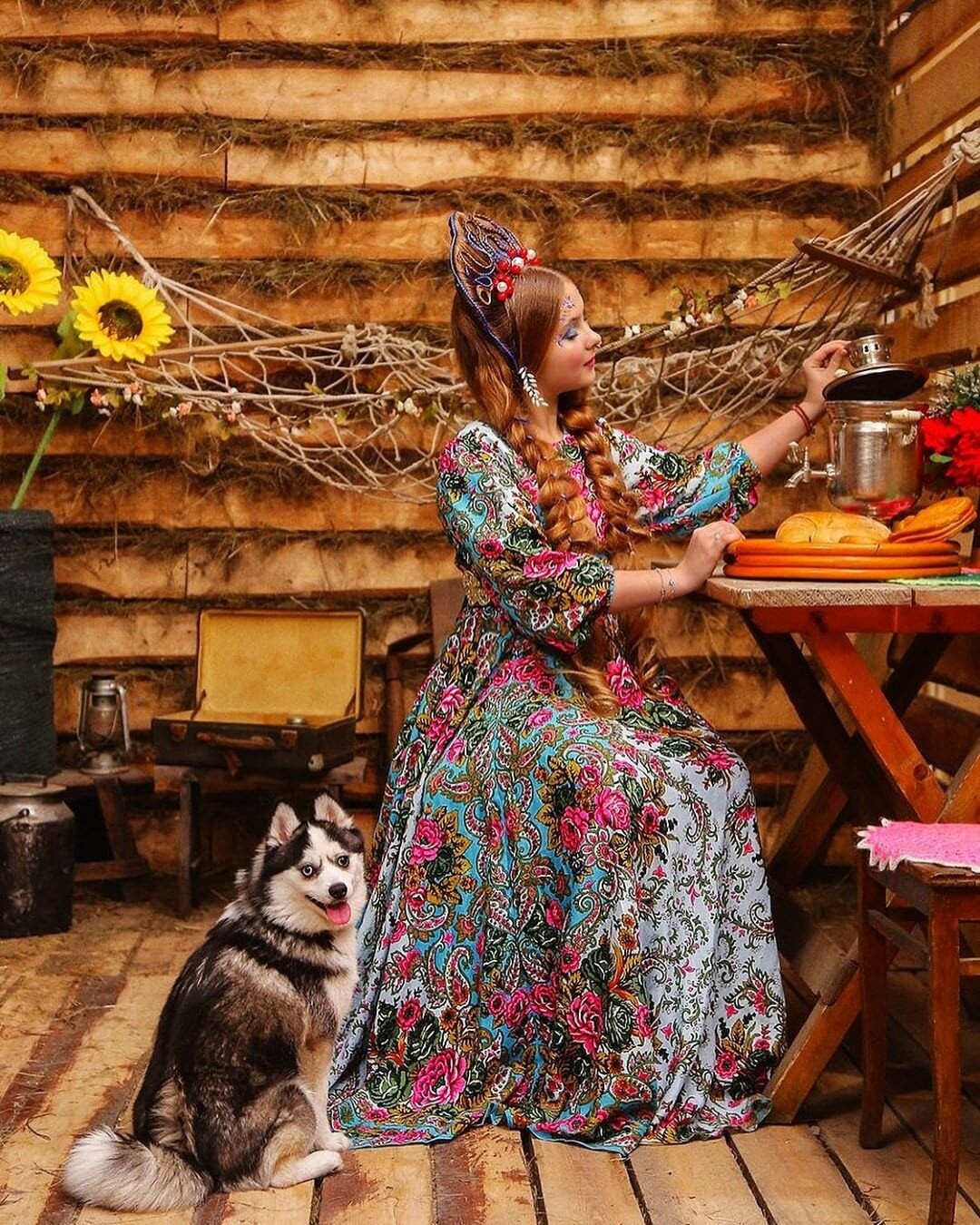 The first books she read were cookery recipes using flowers, and manuals on the benefits of wild plants.

“I was very excited when I was cooking and felt I was doing something magical. On the other hand, I see all food preparation as an art, like going to the theater or a museum,” the young girl says. 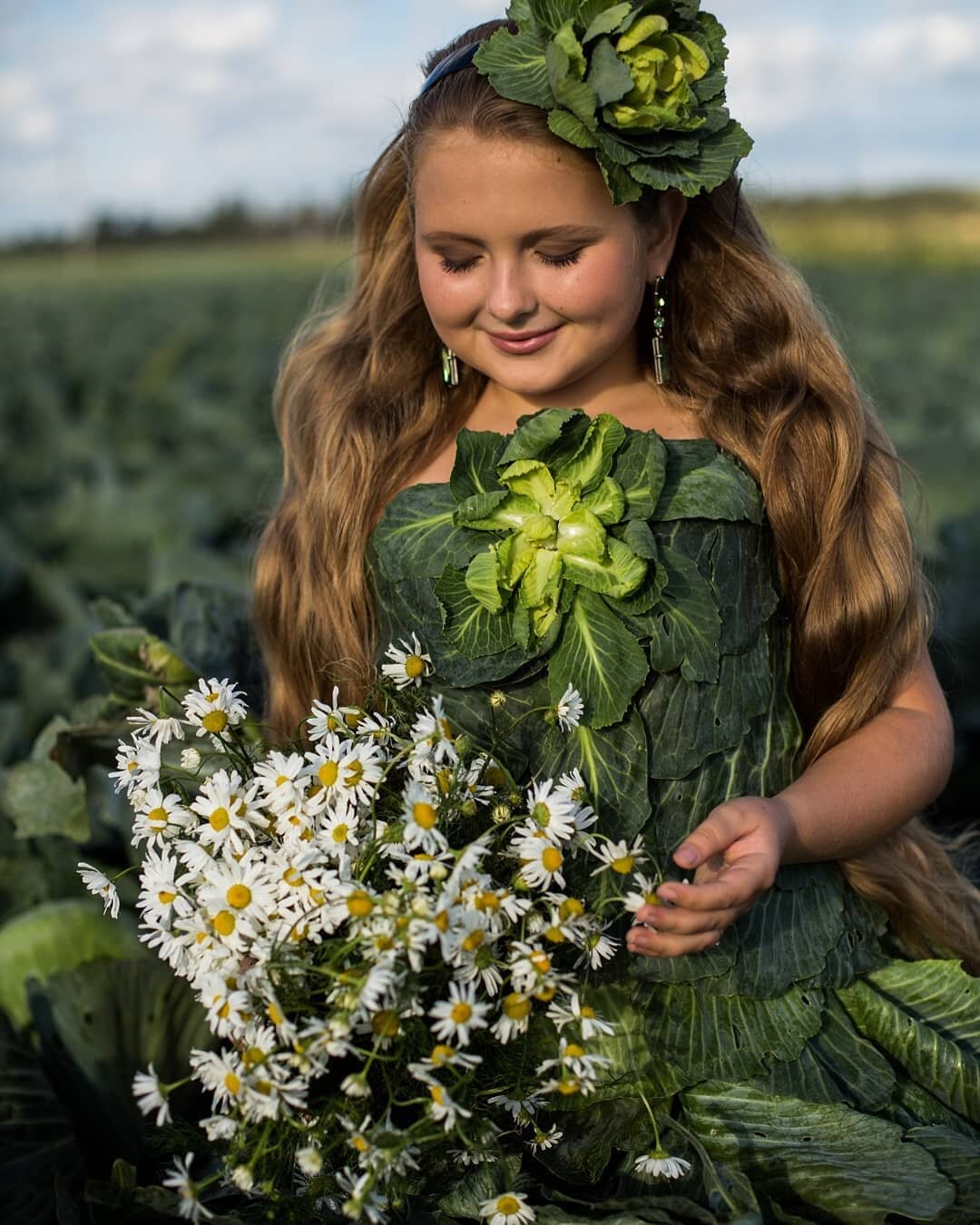 Her mother, Natalia, also works as an organizer of beauty contests for married women. When there was no-one to leave the child with, she brought her daughter with her to work. At one of the events, Sasha was spotted by the organizers of a children’s beauty contest, who invited her to compete for the title herself, so the young herbalist took part in her first beauty contest at the age of seven. Sasha has only vague recollections of how it went - she says it was like usual children’s competitions involving singing and dancing. 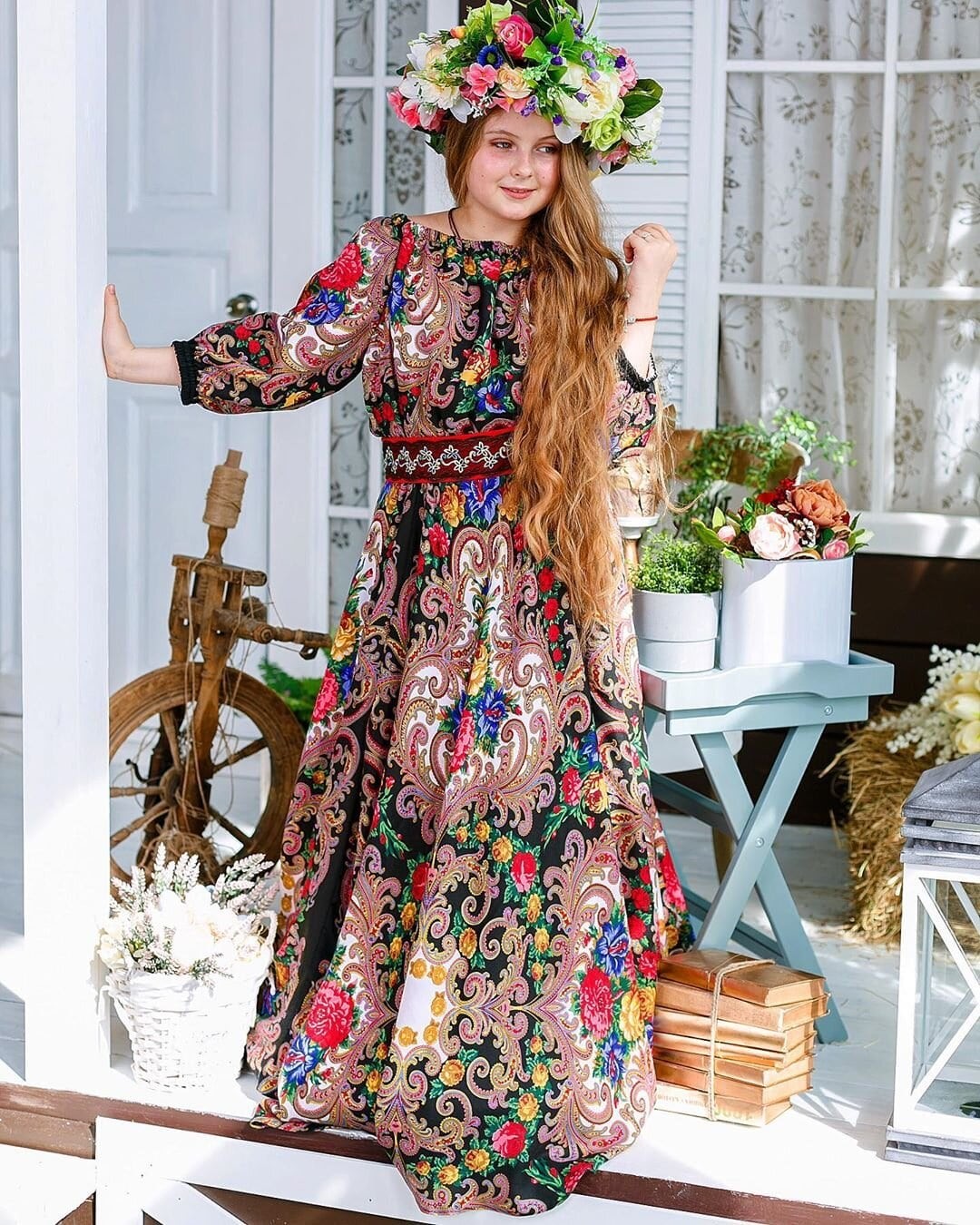 “I still go to beauty contests to promote my passion for herbs. For example, not many people know that the juice of coltsfoot, burdock and nettle makes your hair silky and helps it to grow. People at contests see my hair and begin to realize how beneficial it is and start paying attention to what I am saying,” is how Alexandra explains her reasons for attending beauty contests. 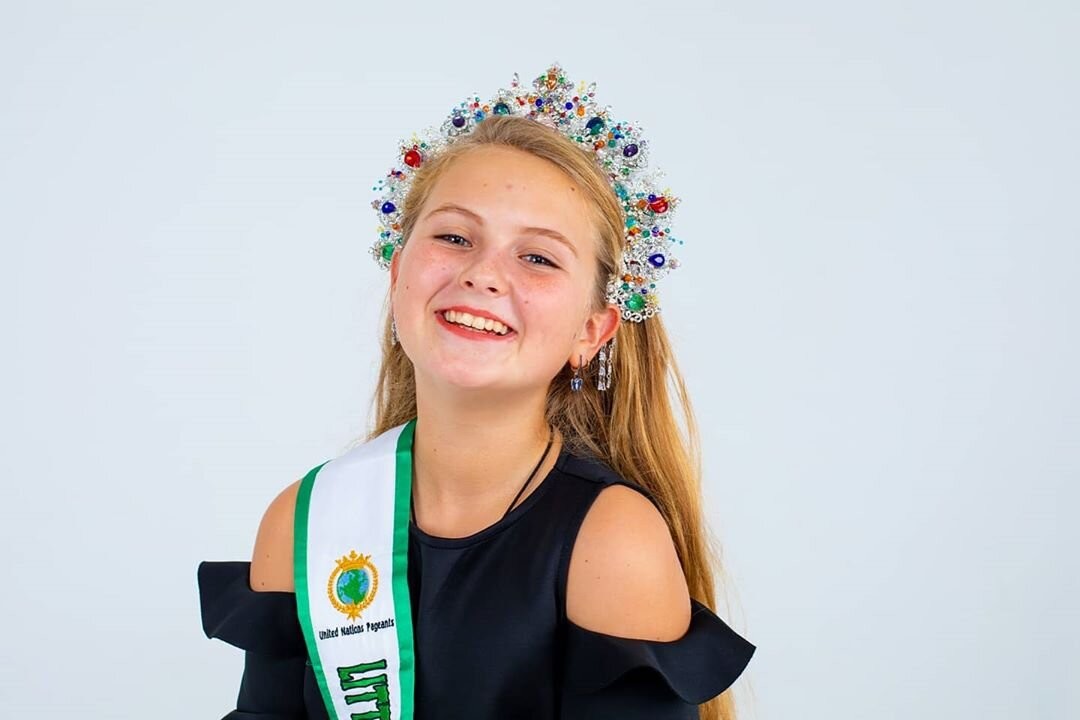 During the spread of the coronavirus the whole family moved to the dacha. In addition to observing the self-isolation regime, Sasha and her parents used herbal remedies to protect themselves against the virus.

“We used meadowsweet and marjoram as antiviral remedies - they work like a sort of natural aspirin. We also used them to make alcoholic infusions and also added the herbs to tea,” says Alexandra. 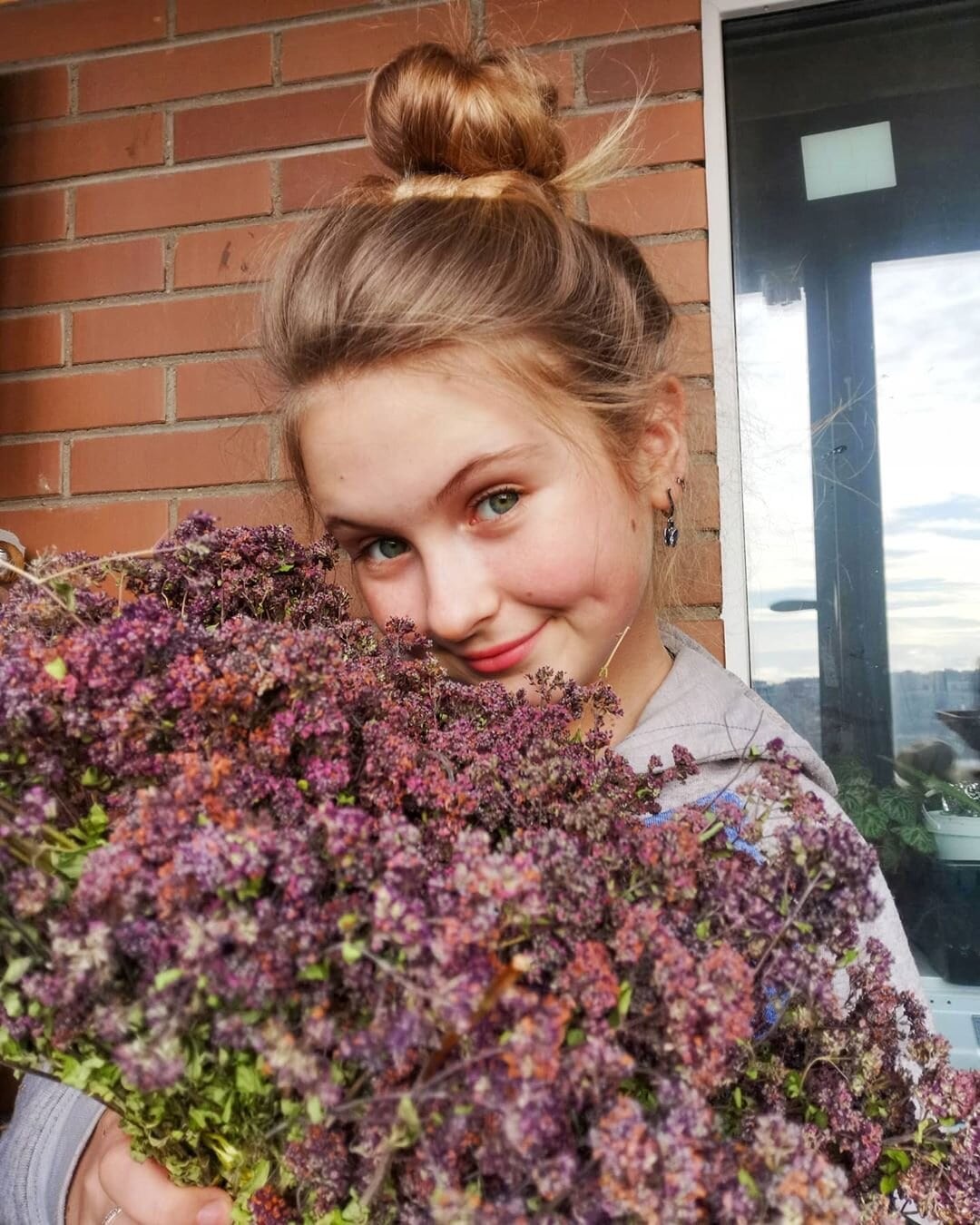 So as not to be bored during lockdown, the young girl decided to set a Russian record by preparing 10 different dishes from one plant in half an hour.

“I decided to use ground elder - it is the most native of plants, you can find it anywhere and ordinary gardeners are always trying to get rid of it. In actual fact, it is full of vitamins and this is exactly why I chose it - to persuade people to hold on to their ground elder,” is how Alexandra explains her choice. So, as part of her campaign to rehabilitate the plant, she made 10 dishes in 21 minutes and 17 seconds (using ingredients prepared in advance). The dishes included pies, draniki [potato pancakes], smoothies, juice, several types of salad and stuffed peppers. 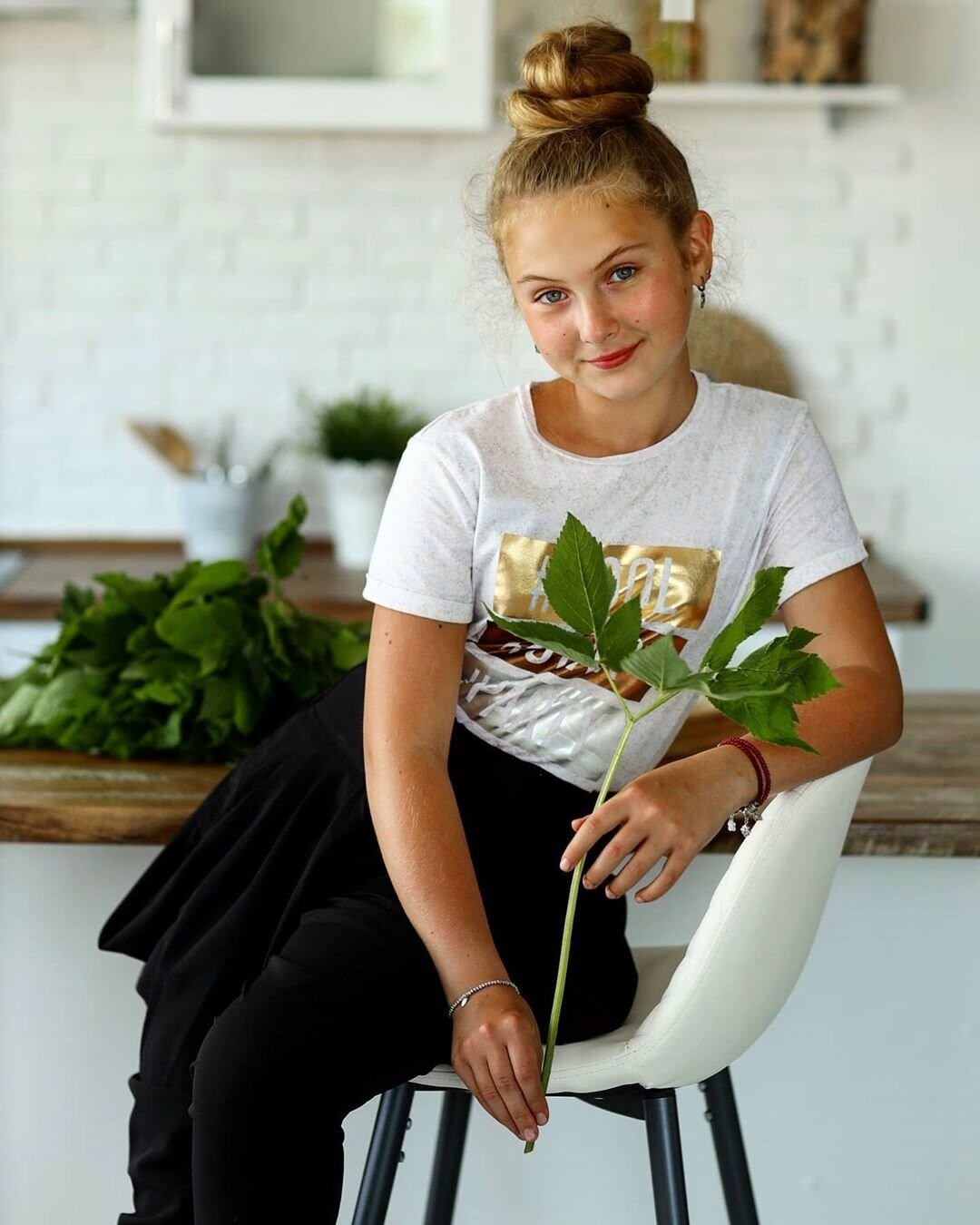 In comments and personal messages, Alexandra is often compared to eco-activist Greta Thunberg, but Sasha herself does not see any similarities between them.

“I agree that we should protect the planet, use less plastic, not cut down trees and not burn fields. However, I believe it is wrong to blame the entire older generation for ruining nature. One mustn’t react so aggressively to everything and hark back to the past - it’s better to join forces and work out what to do in the future to save the planet,” she says. 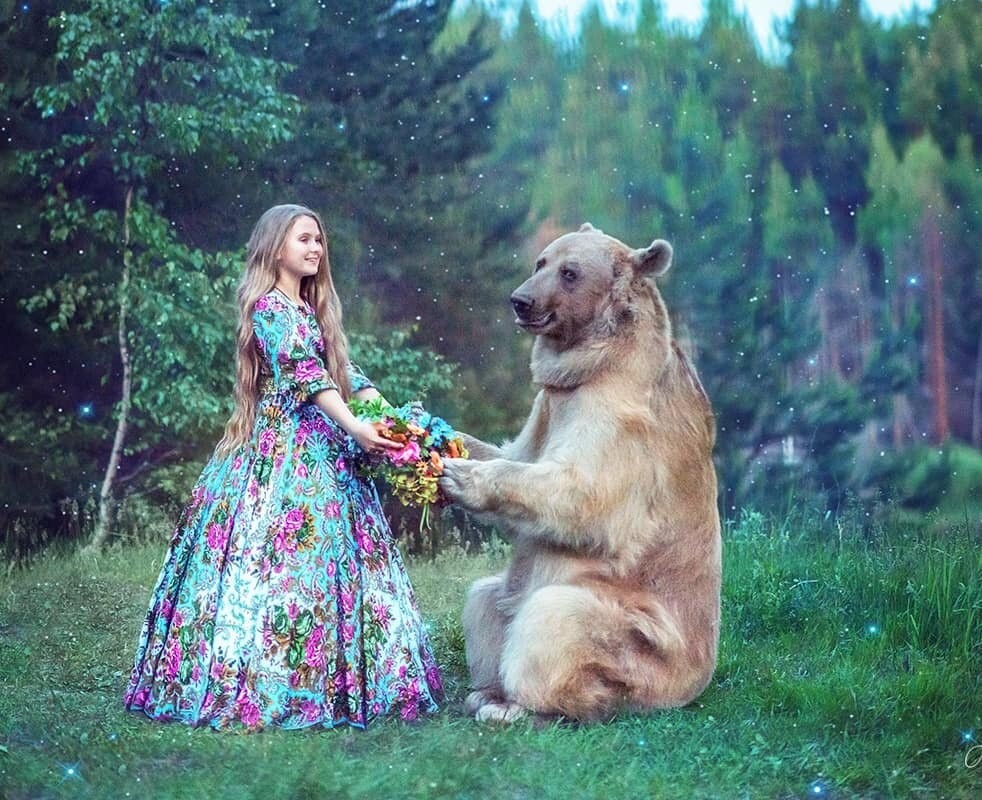 In the future, the herbalist wants to be involved in medicine or to study chemistry and biology at a Russian university. But these are distant plans - in the immediate future she hopes to talk about herbs on TikTok - if her mother allows her to. 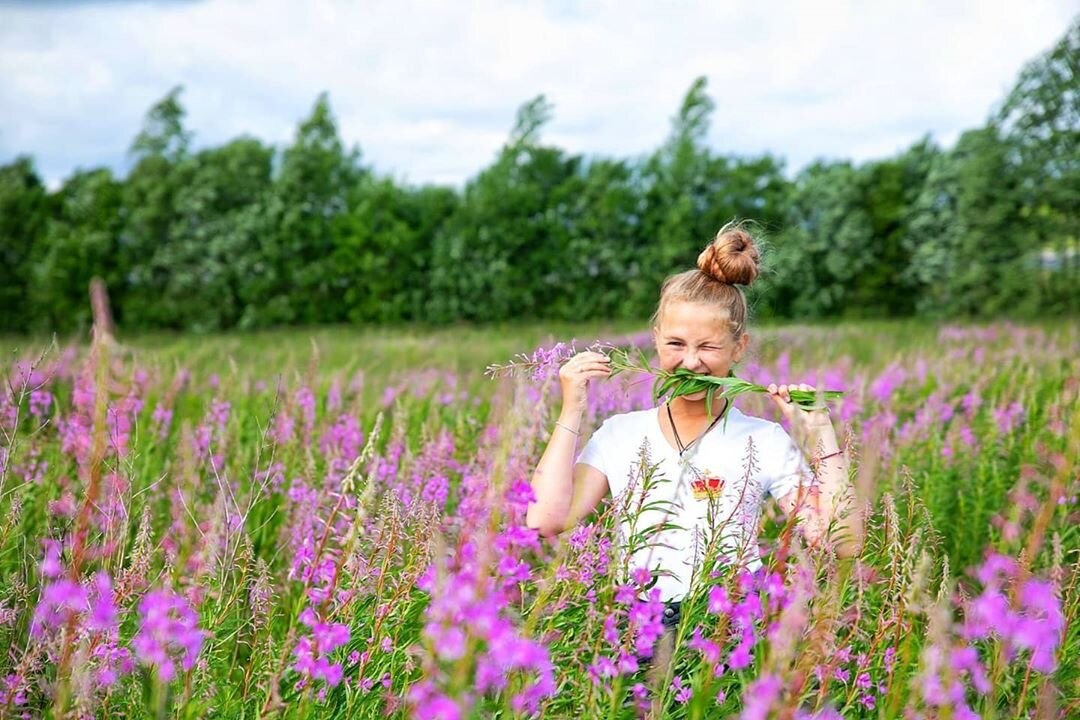 “I don’t like the explicit dancing posted on this social network but, if everything is done decently, then why not? But it is also important for me that she should ride around on her bike and go on walks with her grandmother in the fields in the country. That is better than any social media,” Alexandra’s mother Natalia quips in conclusion. 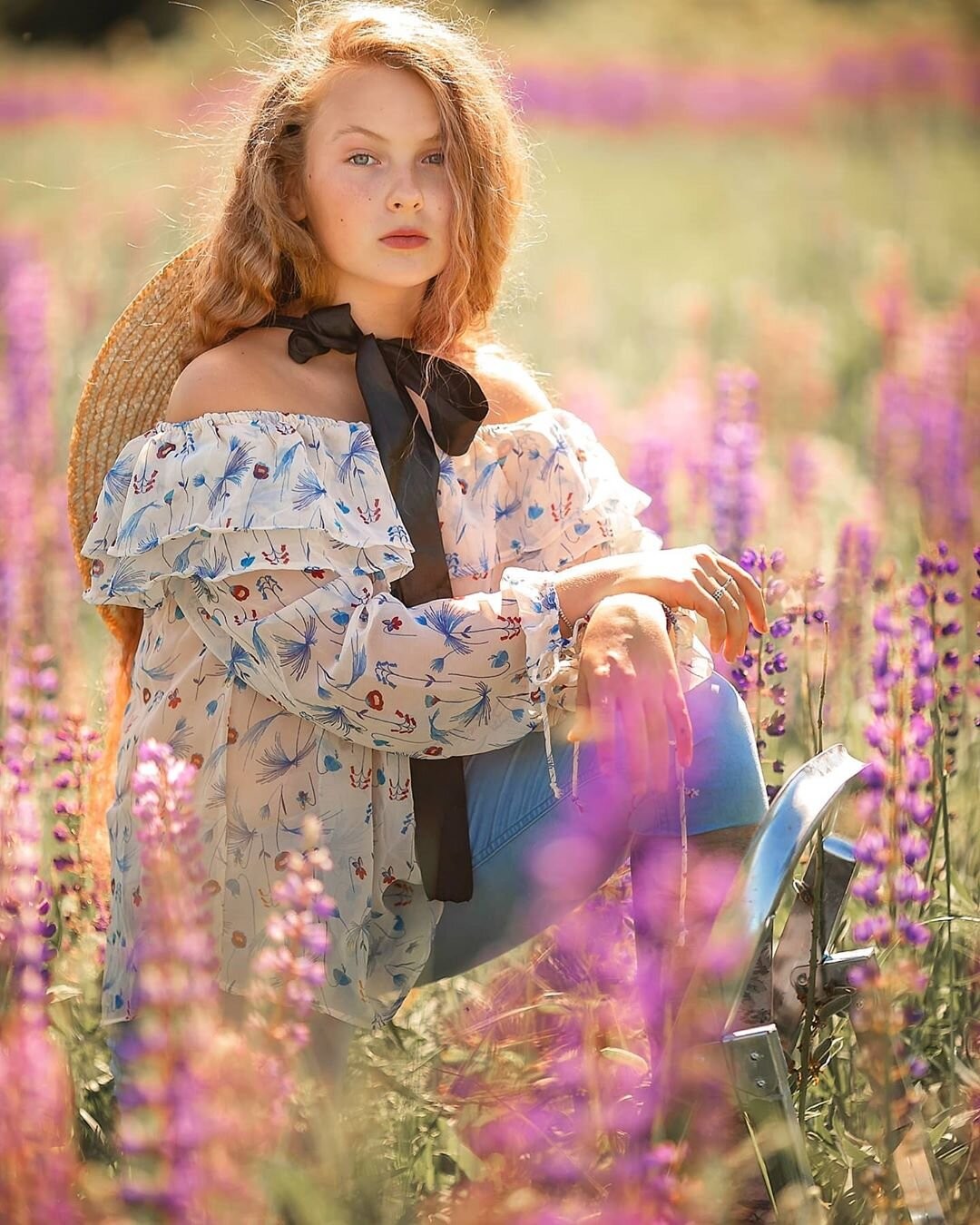