Meet Sasha Trautvein - the most stylish Russian on the planet (PHOTOS) 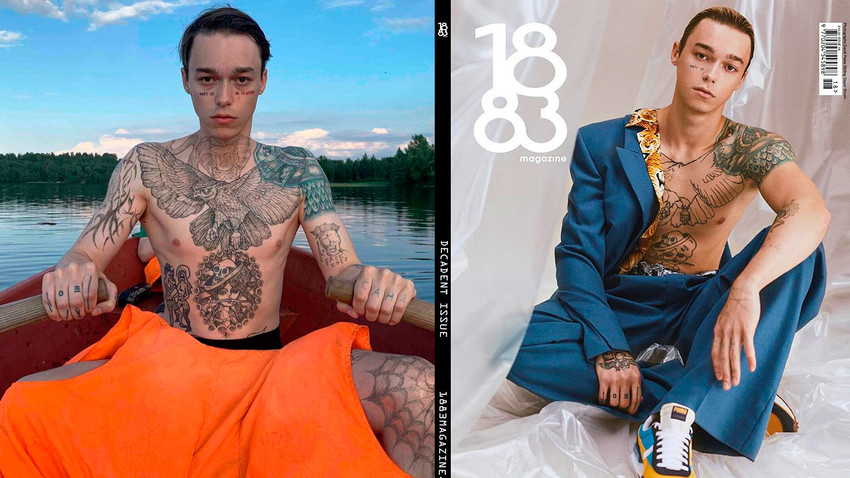 @sashadidntwakeup
The 21-year-old Siberian, with a “wake up” tattoo under his eye, once dropped out of school and escaped provincial life for one in the big city, where he shoplifted to stay alive. From there, the young man ended up becoming a style icon and a friend to Grammy-winning singer Billie Eilish.

When Sasha Trautvein first ended up on Off-White’s show in Paris, he was still just a tall, scrawny and apathetic-looking teen from Russia trying to make ends meet. “A friend took me there. I was wearing a dirty winter jacket, torn sneakers, a huge rucksack - as I was supposed to be leaving the Parisian apartment. Photographers saw me and started shooting me right there. I was very surprised, of course,” Trautvein remembers in an interview for Vogue magazine in 2017. 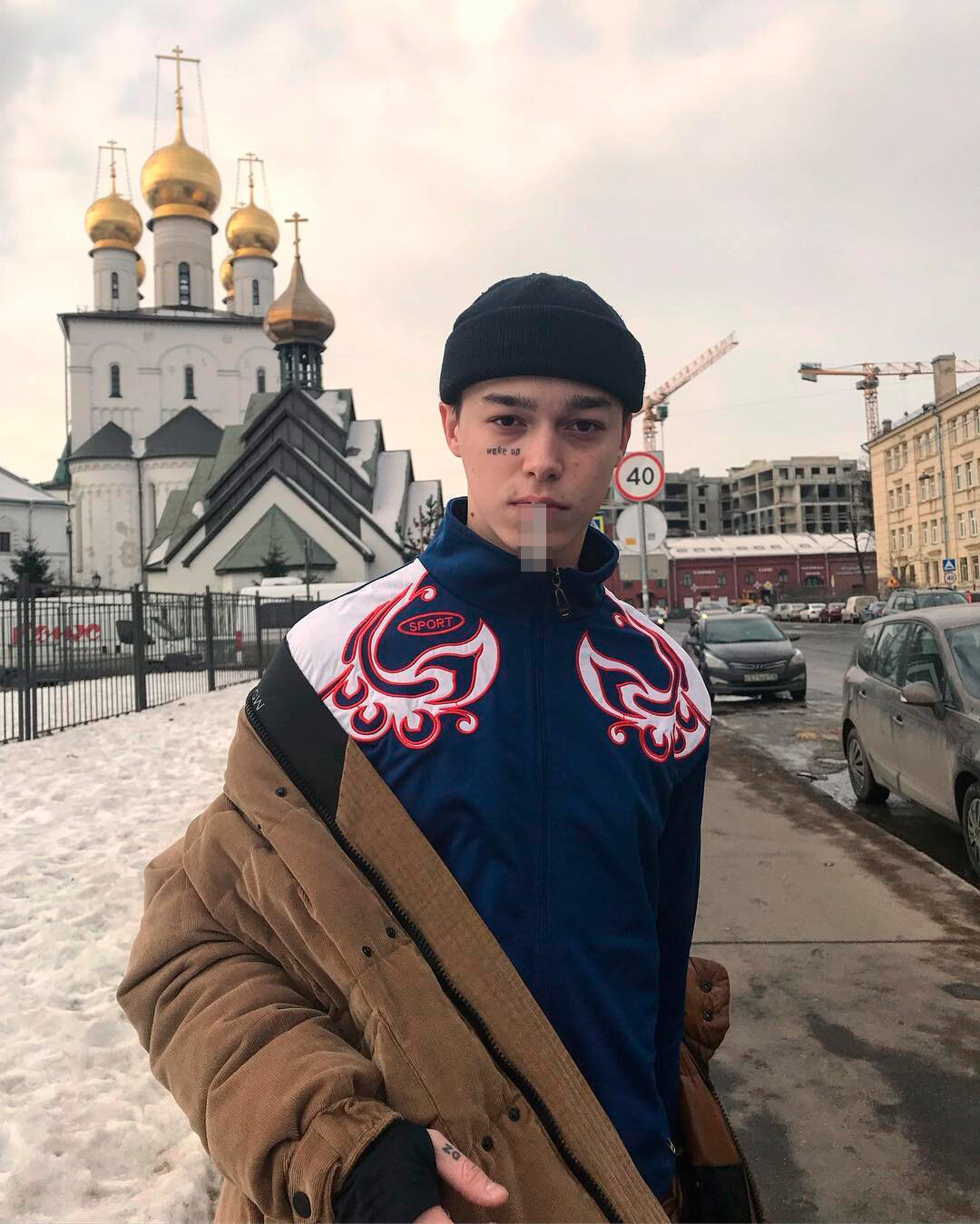 Today, Sasha Trautvein - sometimes referred to as ‘Sashadidntwakeup’ (thanks to his eye tattoo) - is one of the most recognizable faces of the Russian fashion industry. An American issue of Esquire included him in its top 10 most stylish young people on the planet. In summer of 2018, the 21-year-old took third place in Dazed & Confused magazine’s “people whose moment is now” category, falling short of Korea’s first openly gay singer, Holland, and Sadie Sink from the TV smash ‘Stranger Things’. 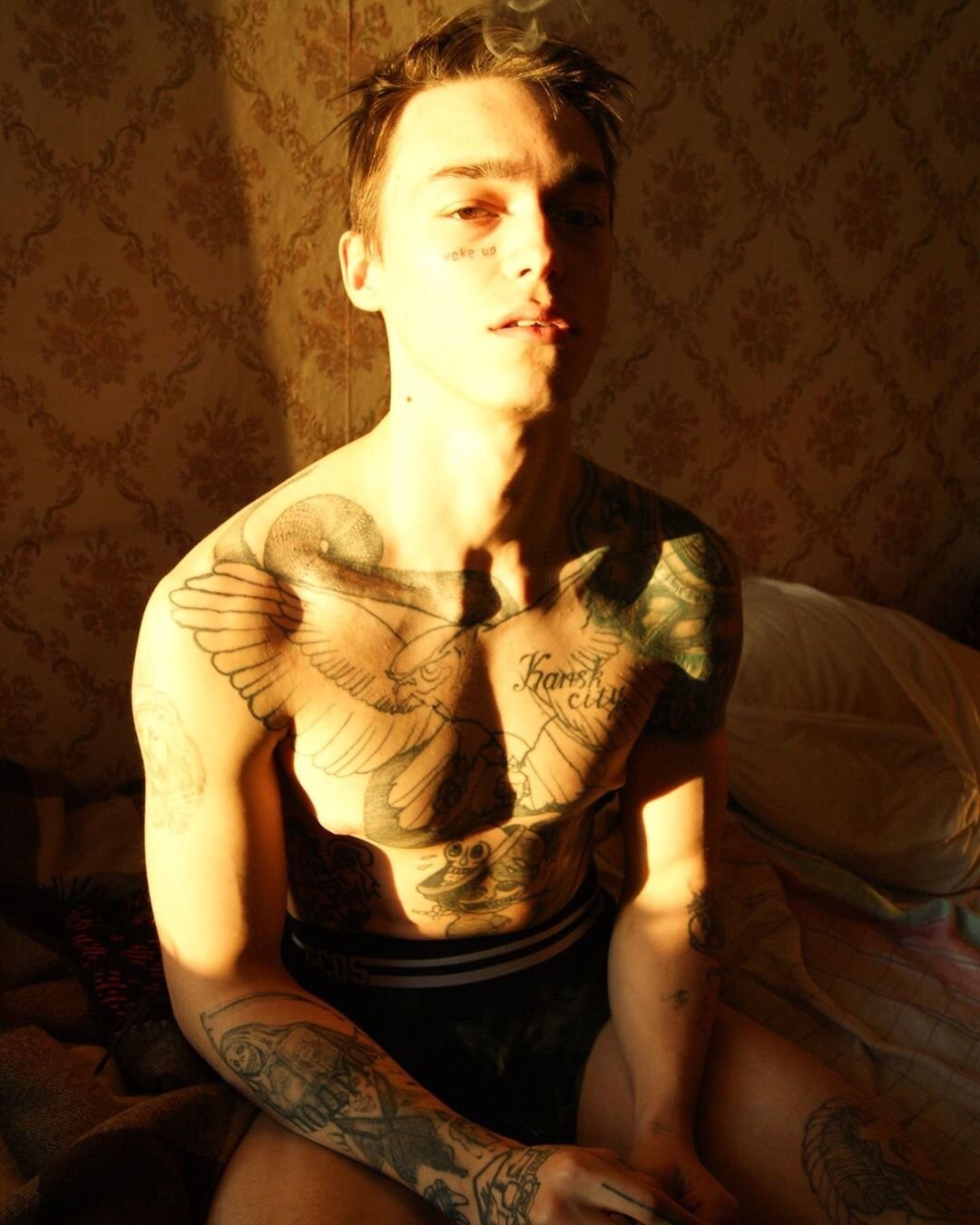 His bored-look photo in front of rusty garages, gray Khruschev-era residential buildings and the typical run-down kitchen got tens of hundreds of ‘likes’ on social media. Trautvein rides the Instagram wave like a pro using that ‘street’ style. And he’s garnered over 770,000 subscribers. However, he doesn’t treat his fame as a given - rather, as something accidental: “If it was ten years ago, nobody would give a f*ck about me.” 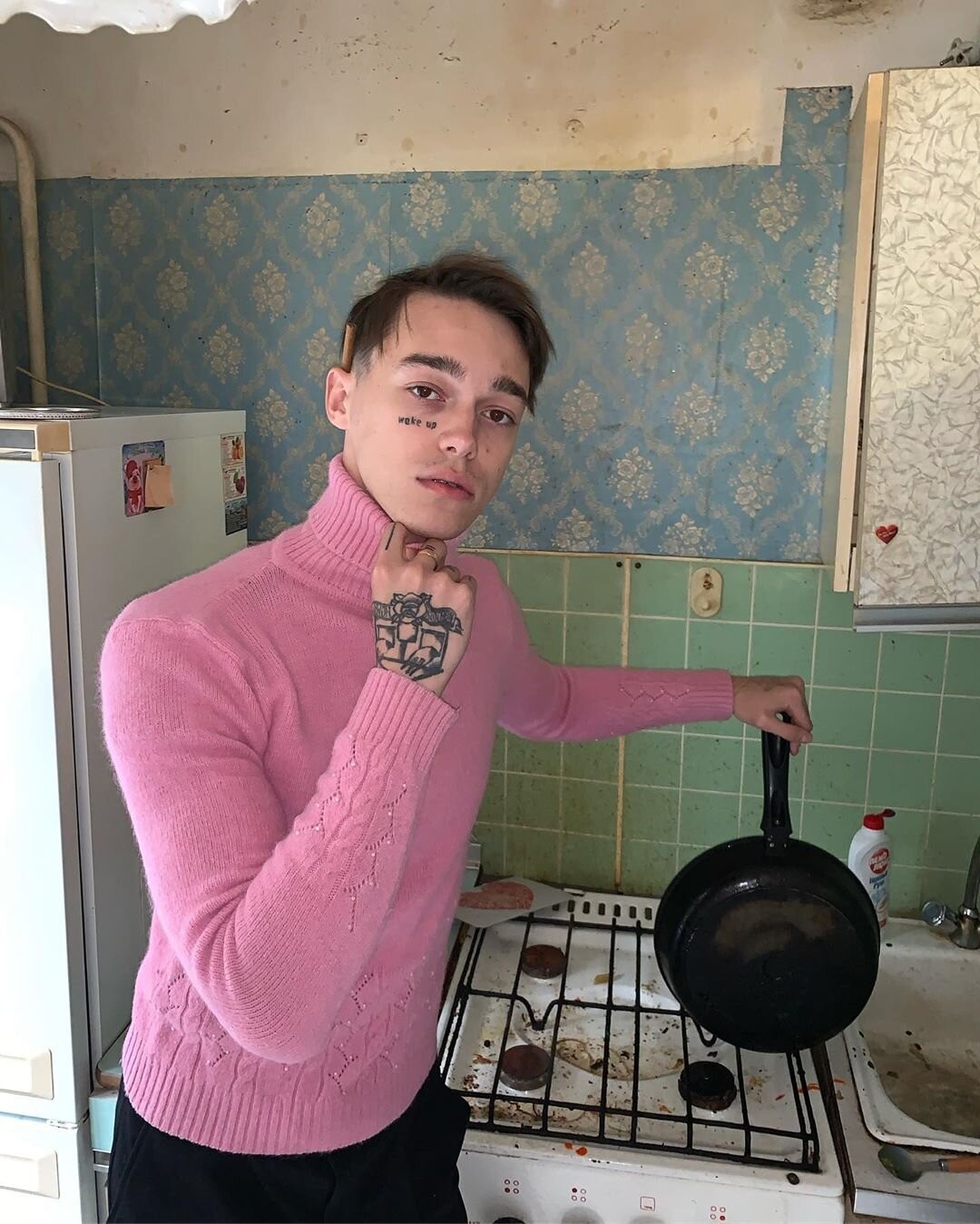 ‘The most shameful chapter in my life’

The small Siberian city of Kansk - some 4,363 km east of Moscow - and where Trautvein is from, numbers at just 90,000 residents. At one point in history, it acted as a place of punishment, where peasants and revolutionaries would be sent for hard labor; while today it is one of hundreds of Siberian industrial cities and, according to its residents, “the perfect place to develop a drinking problem”. 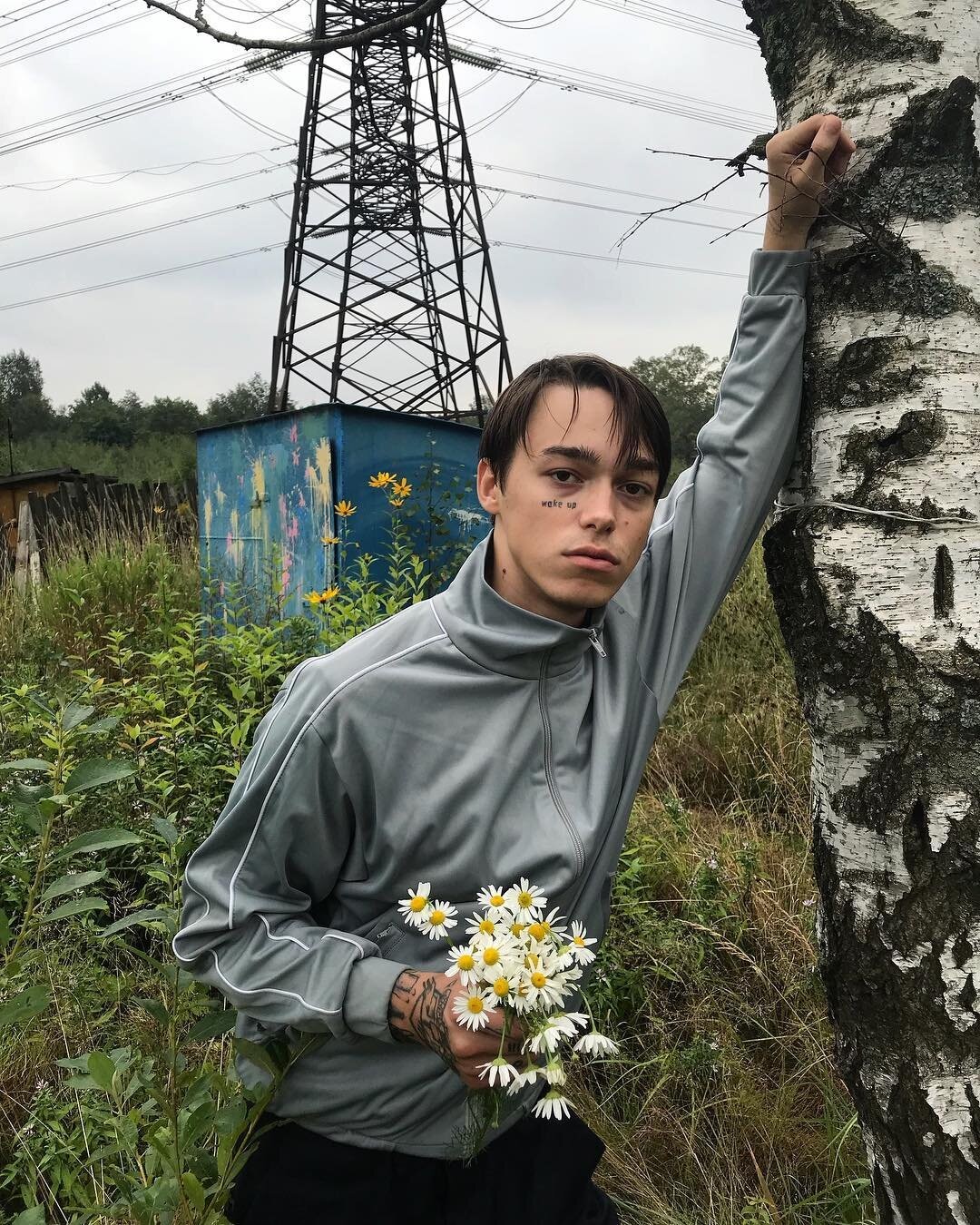 “We lived in wooden apartments, so when it was -40С degrees [outside], you needed to get wood and burn it in a furnace. There were around five factories that everyone worked in. After the USSR broke up and became the Russian Federation, every factory closed. Siberia was so broke. Now it’s a little different – more comfortable, though still bad. My stepfather is a carpenter and my mom works in a furniture store,” Trautvein says. 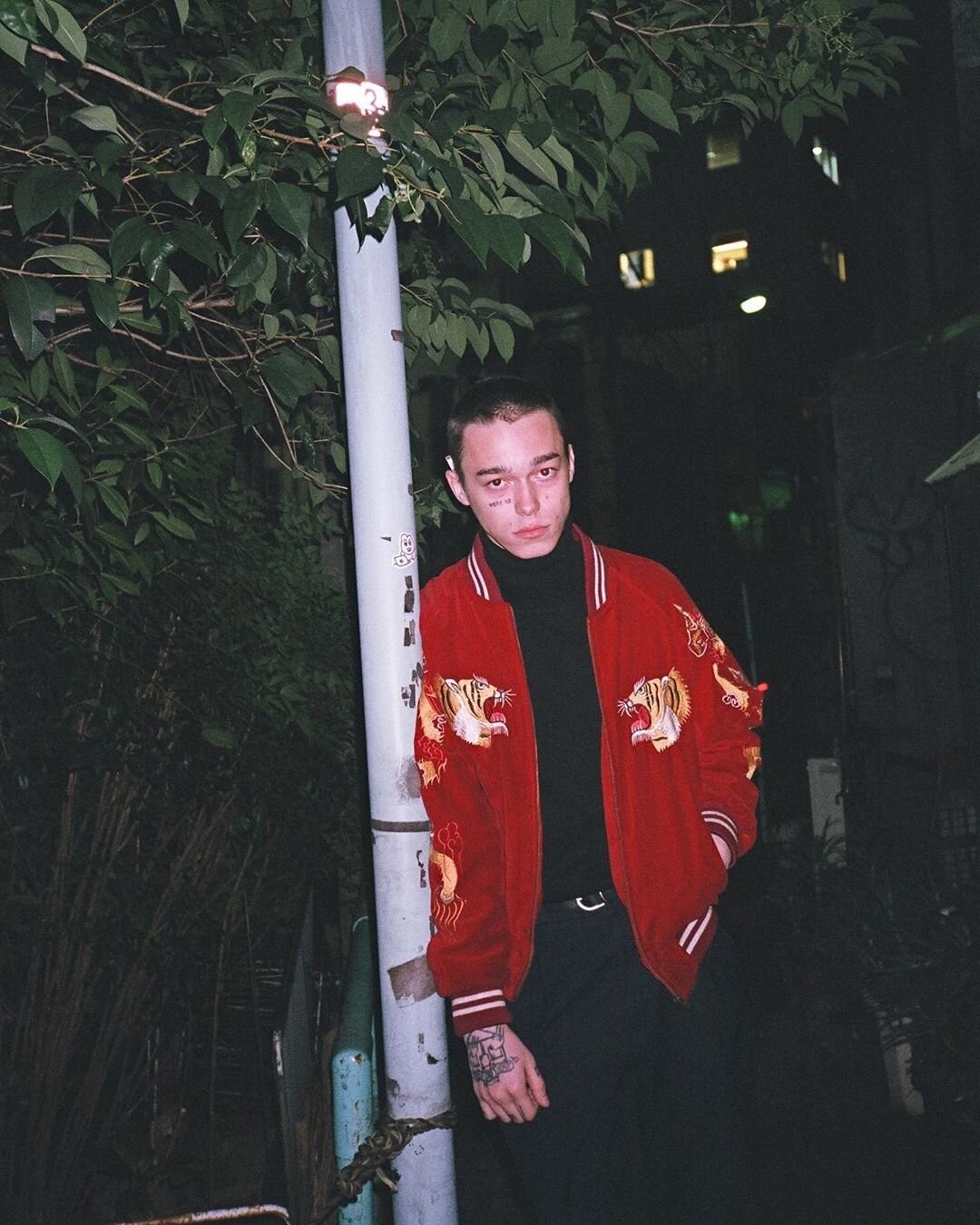 At 17, the future model got his now famous “wake up” tattoo under his right eye, sold his broken car, bought a rucksack, dropped out of school and hitchhiked all the way to St. Petersburg - a staggering 5,000 km from home. According to Forbes magazine - for a girl.

Trautvein opened up about the ordeal in February this year: “When I first time arrived (sic) in St. Petersburg, I had only $3 in my pocket. Sometimes I ate food after people in shopping centers, sometimes my friends fed me and my mum sent me $15 every 1-2 weeks.” 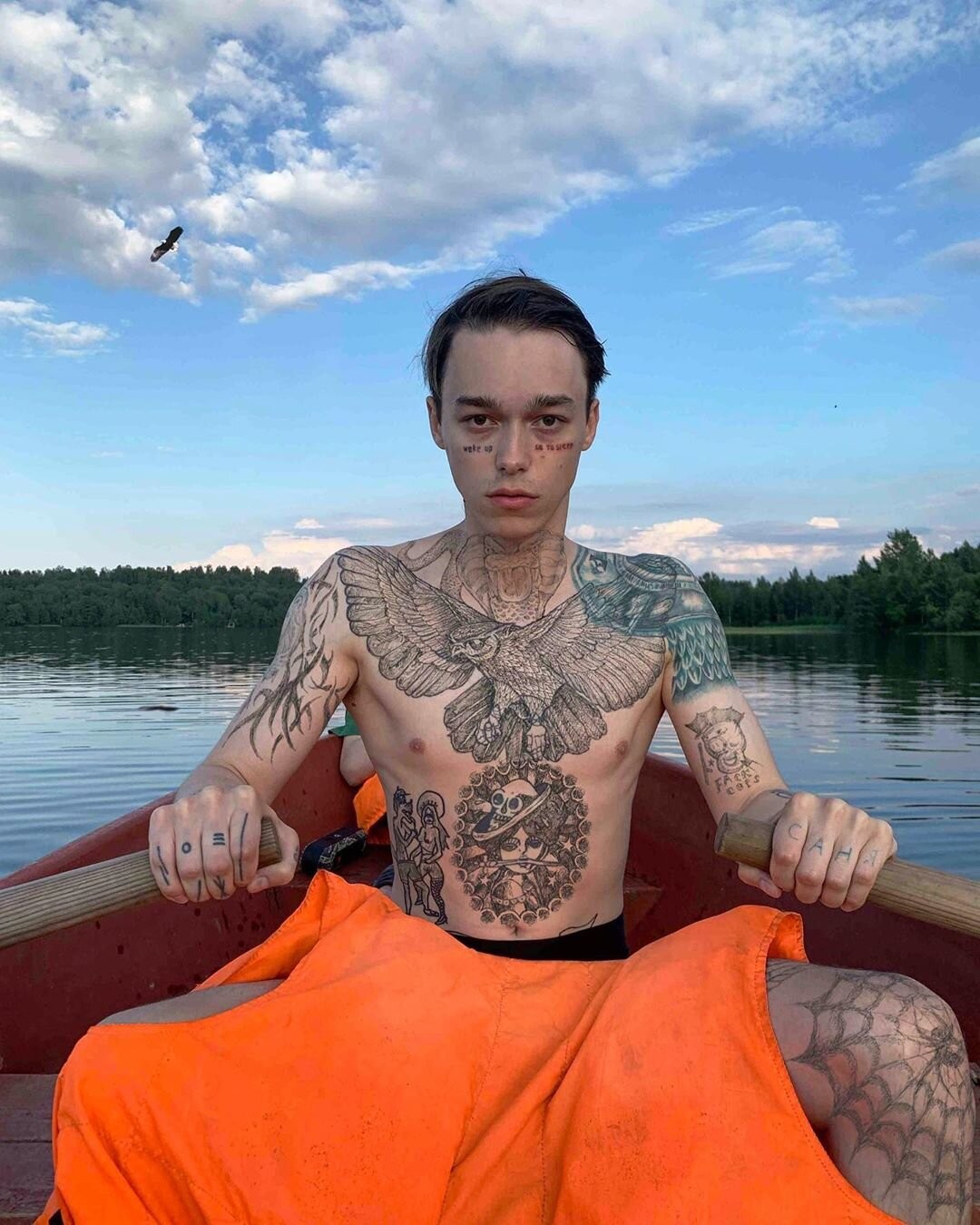 When he met a friend who allowed him to crash in his dorm, Trautvein started looking for a job. However, being underage presented a problem. “During the time when I was looking for a job, I began to steal food from the shops and I was good at it. By the way, I was stealing the food until the time I gone (sic) crazy with drugs.” 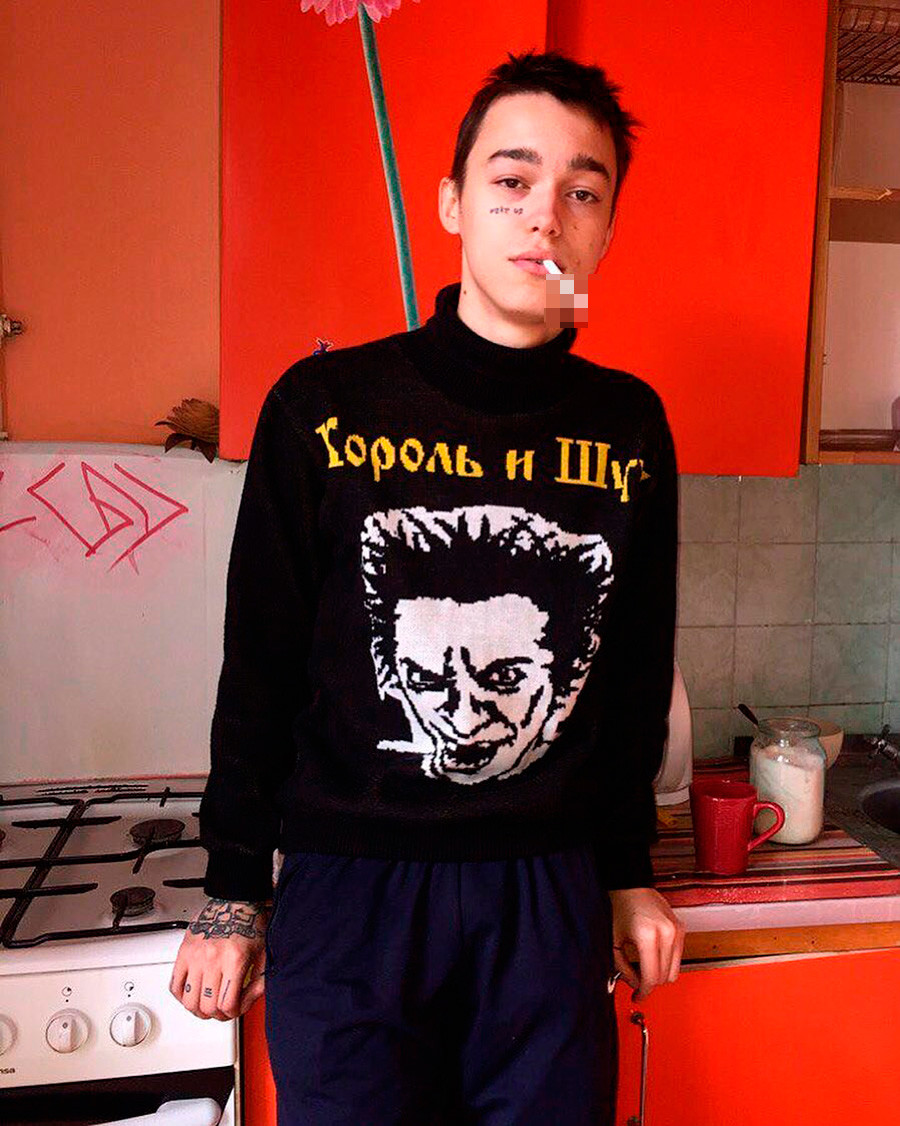 Things didn’t work out with the girl in the end. Trautvein started earning a living doing odd jobs at a construction site, as a security guard and for a company that posed as a charity for sick children. “Every day, I had to go out with a sealed box, where people should throw off money for sick children… We were paid 20 percent of the amount collected. But the leaders (sic) said if some kind of verification comes, we need to say that we are volunteers and work for free. This was the most shameful chapter in my life,” he confesses. 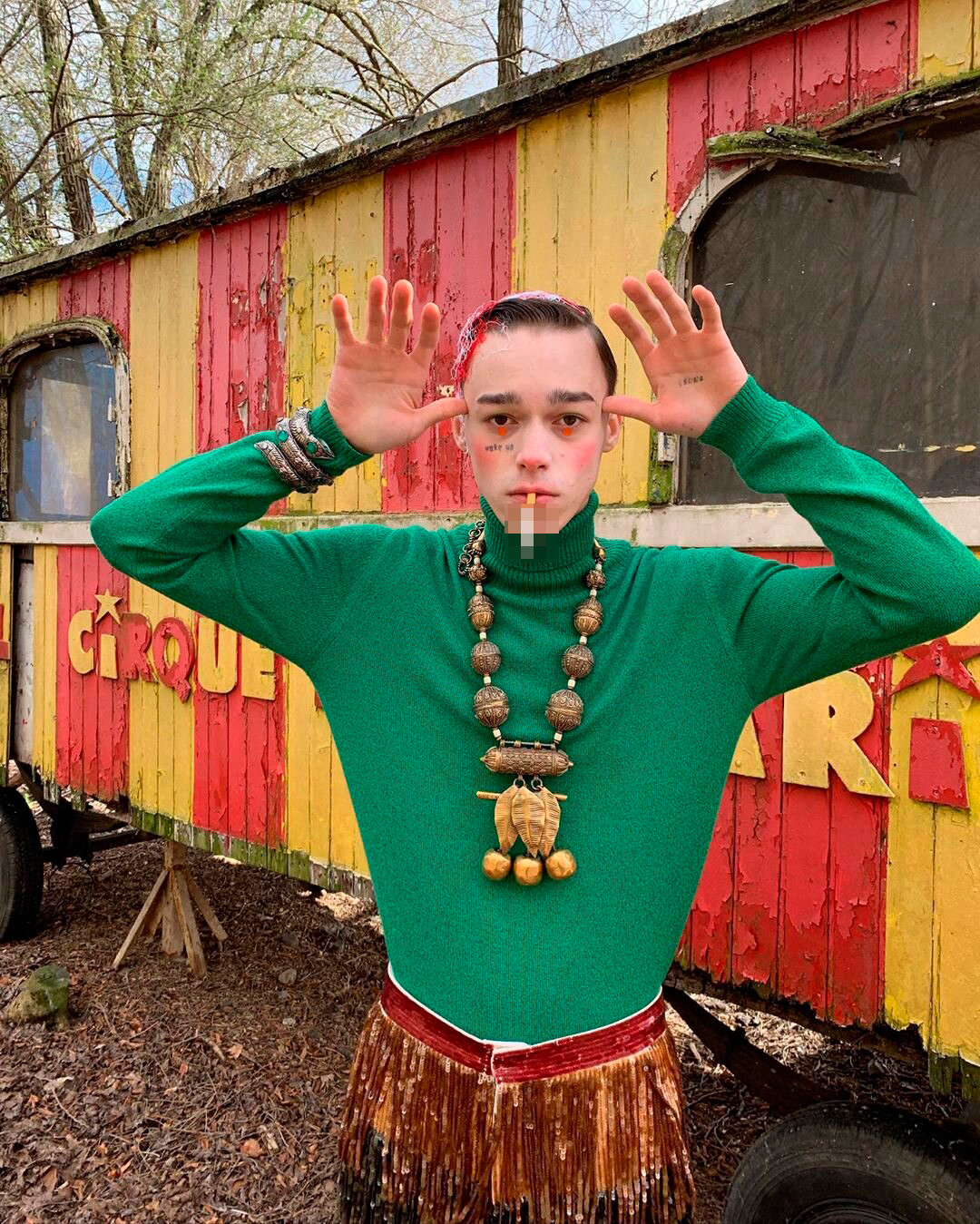 Some time later, Trautvein developed a big group of friends, connections - and new tattoos. St. Petersburg had become his home. In that period, he started being active on Instagram, where he uploaded photos of Petersburg’s outskirts, as well as its dramatic communal apartments and house parties - sometimes appearing in gym trousers, or in a gray sweater, and often with a cigarette and a bruised face. It stands to reason that the attention he was receiving was in no small part due to a resurgence in the love for Russia’s “wild 90s” - a mostly unhinged decade of relative lawlessness and, some might say, freedom.

On advice of Ukrainian hip-hop artist Yan Block, whom Trautvein met online, he decided to try his hand as a model and was noticed by several brands and street-style photographers. That is how Sasha Trautvein entered the beauty industry. 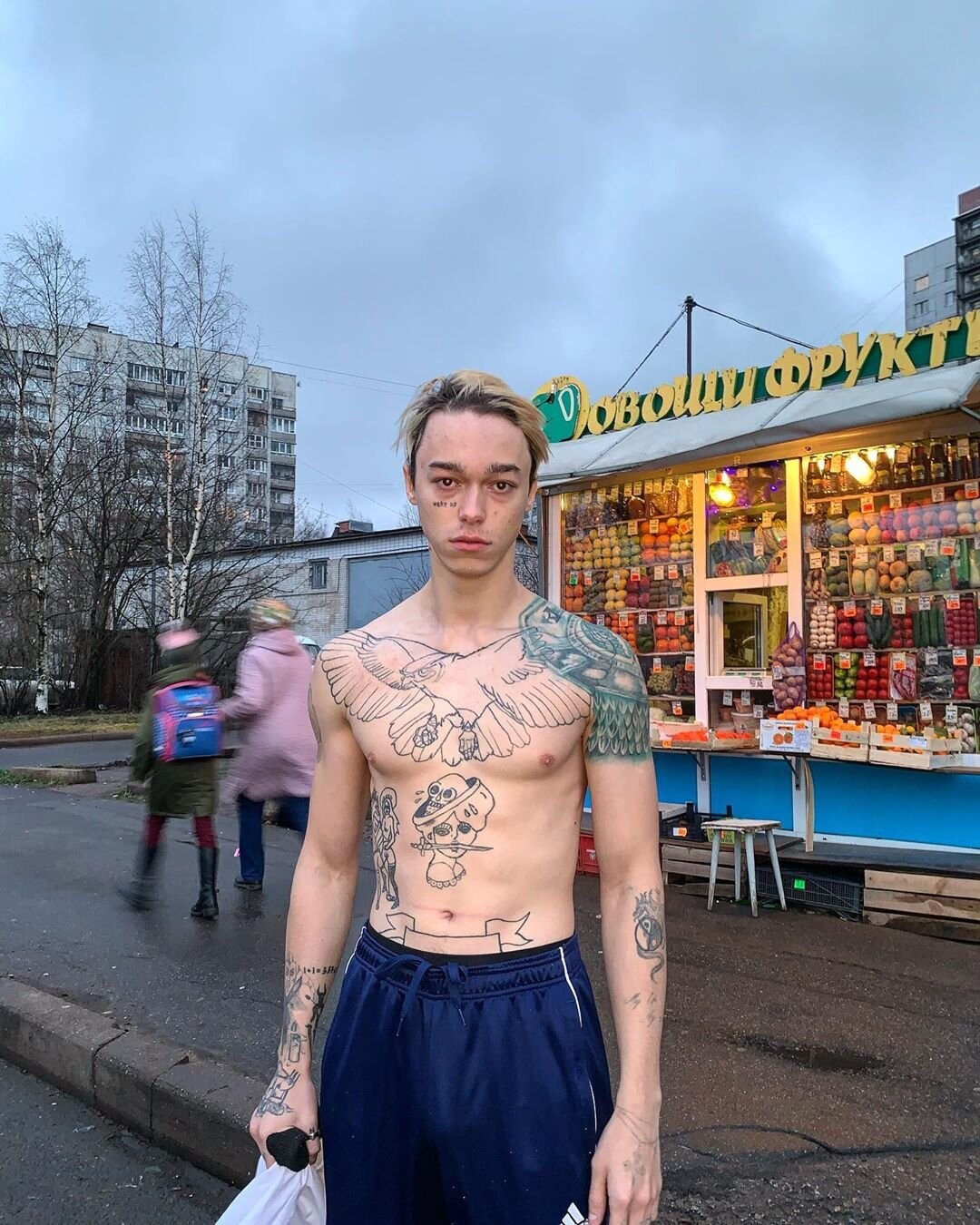 Today, Trautvein has enough money to buy plenty of Louis Vuitton bags, three-piece suits, go traveling in Europe and have cocktail parties with the likes of Winnie Harlow and Luka Sabbat. But he continues to sport his exotic mix of drab oversize clothes and luxury, which attracts an increasing number of people. 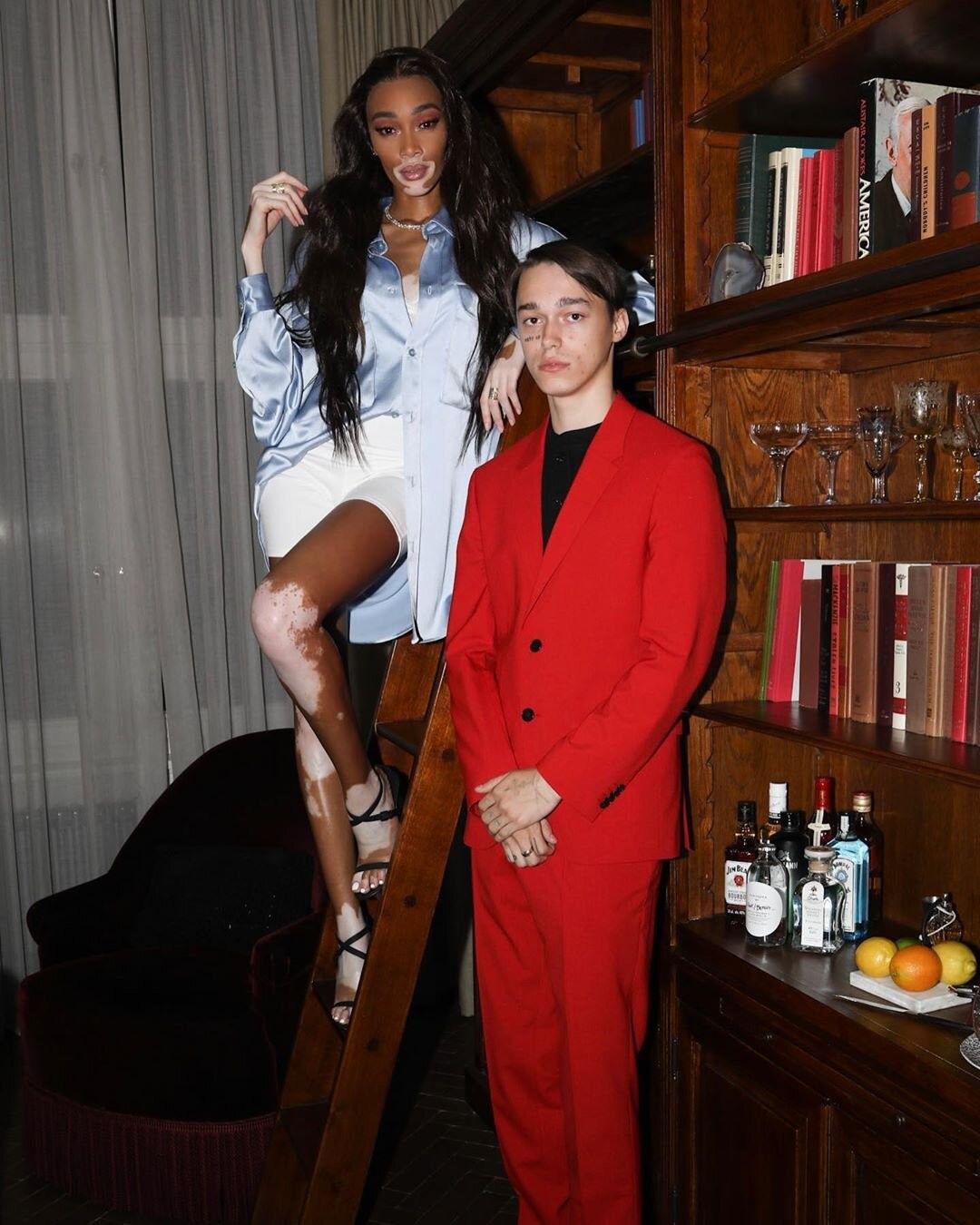 Trautvein himself claims that his life as a poor person, a reimagining of the concept of beauty and the promotion of the “stay yourself” trend in fashion, is what brought him fame: “Perhaps, it’s about the lifestyle I was displaying. It was something new. Everybody always tries to show the beautiful side of life, even when their own lives aren’t going so great and they aren’t as pretty in reality. I just didn’t give a damn, so I showed what was there.”

“Models were very pretty, very chiselled, they all looked the same. I feel it’s more individual now, beauty has changed,” he says. 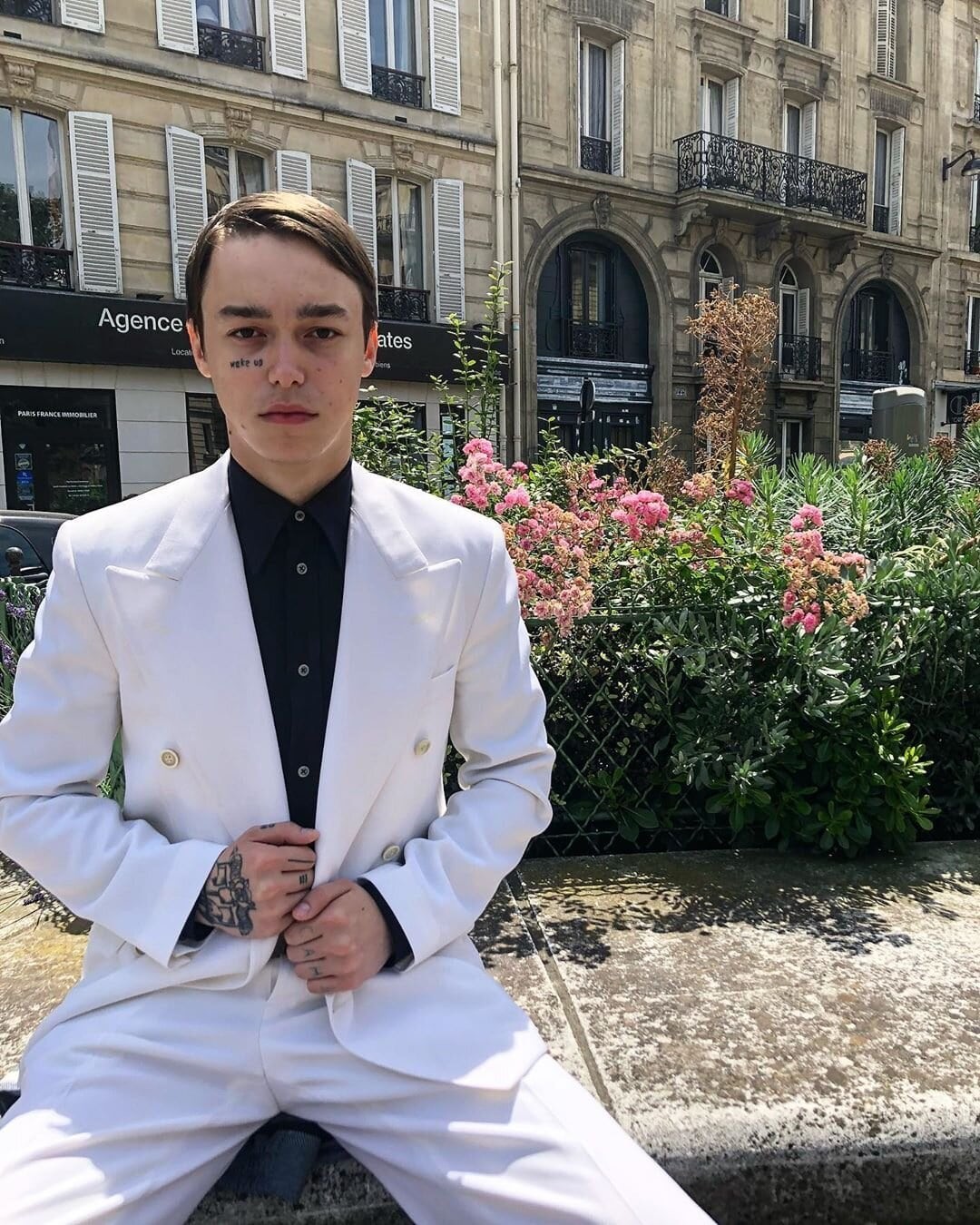 Trautvein uses Instagram to show his followers that a broke life can also be quite interesting - that Russian life can be interesting. “Beyond St. Petersburg and Moscow, there’s a feeling of hopelessness, the problem is especially felt among a large number of young people, who are trying to survive,” Trautvein says. “I’m no stranger to the feeling.” 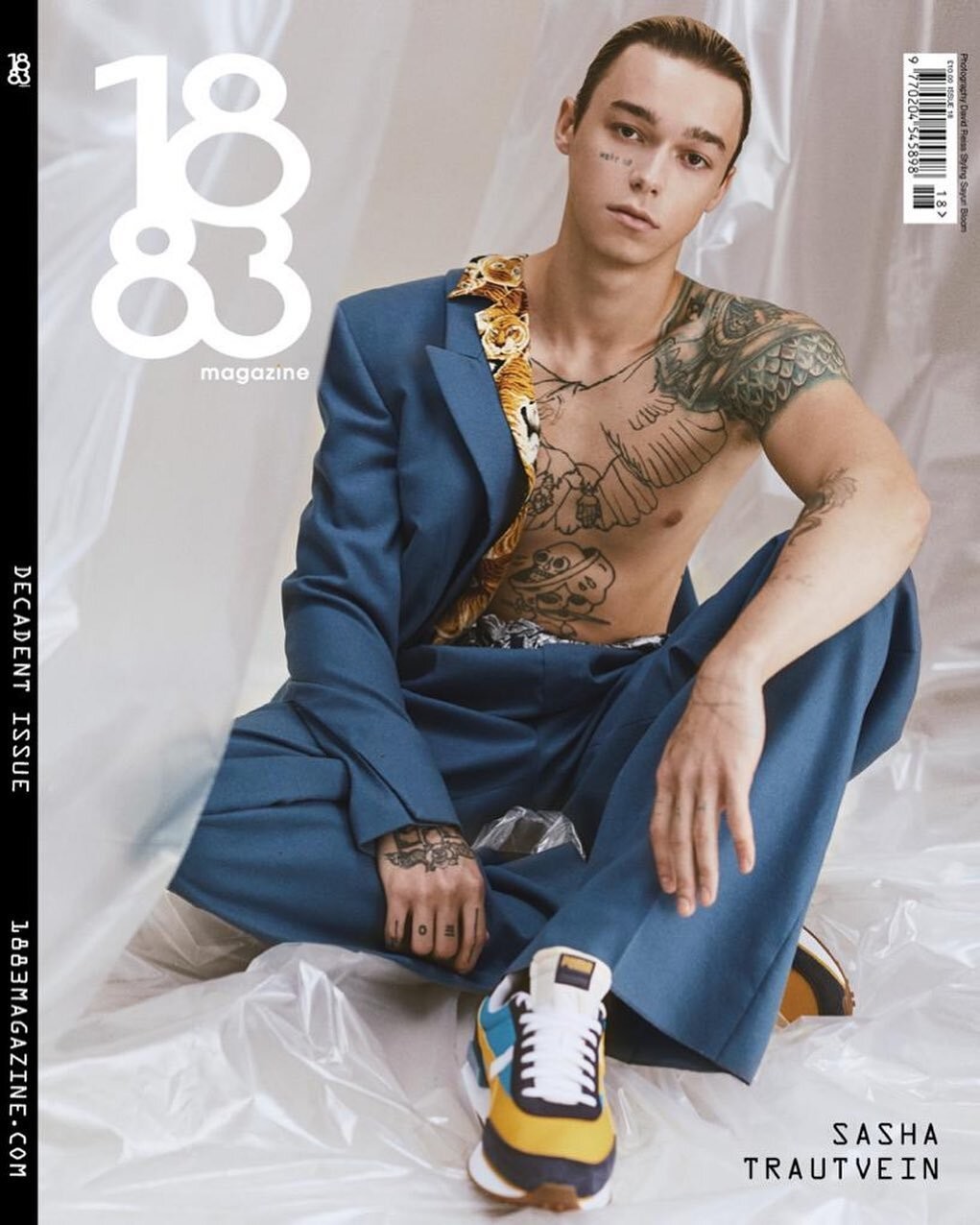 Sasha found fans in brands like Heron Preston, Y-3 and Fendi. Last year he did a photoshoot for an Italian issue of Vogue, while the Korean magazine put him on the cover and Vogue Homme gave him the password to their Instagram. Trautvein was also meant to do an online stream from a Virgil Albo opening night for Louis Vuitton. In the summer of 2019, Trautvein released his own line of merchandise - bright-colored balaclavas with embroidery of his “Wake Up” tattoo. Billie Eilish was recently seen wearing one. 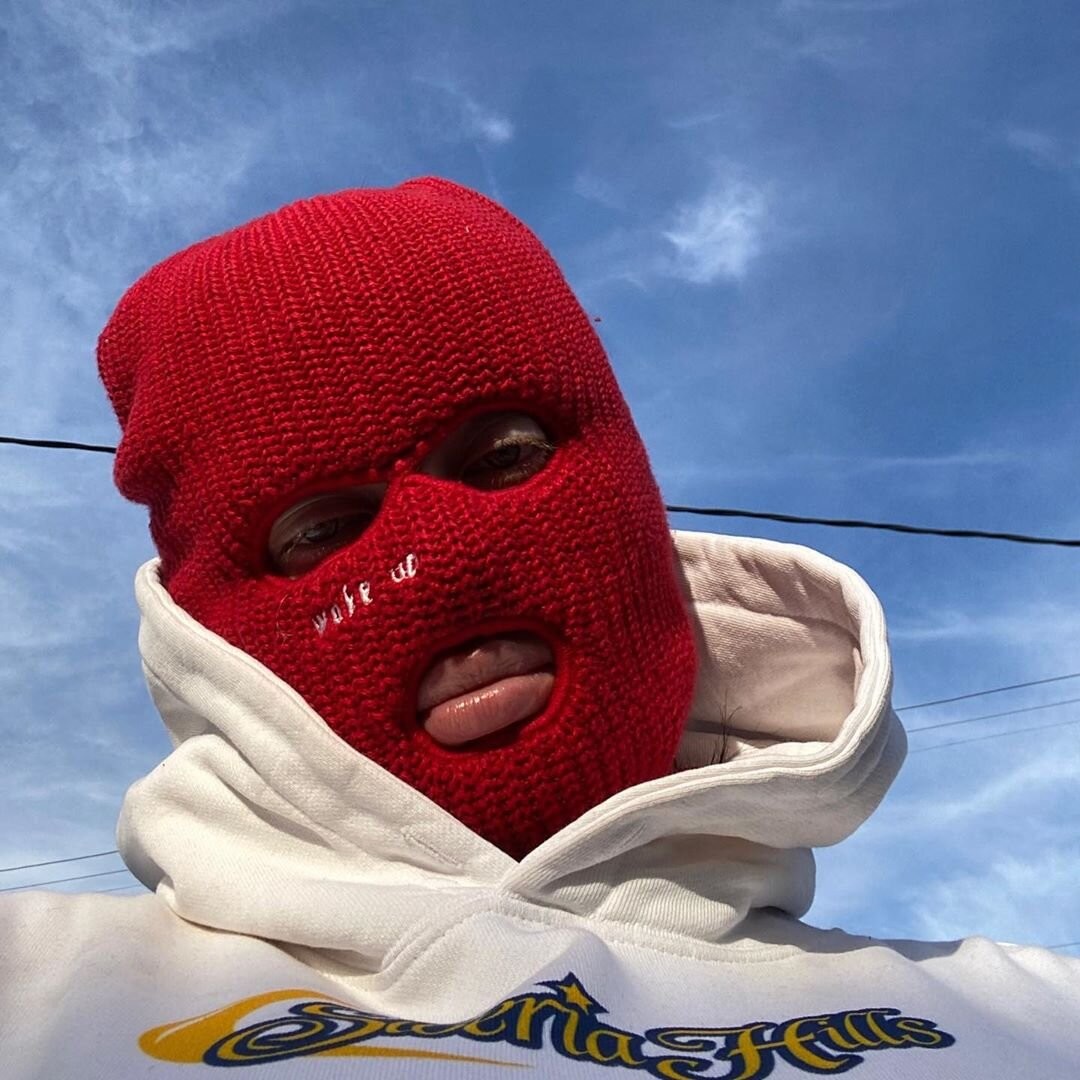 Sasha continues to live in St. Petersburg, sometimes writes hip-hop lyrics and is at the moment planning a trip to the U.S. and UK to work on an autobiographical documentary.