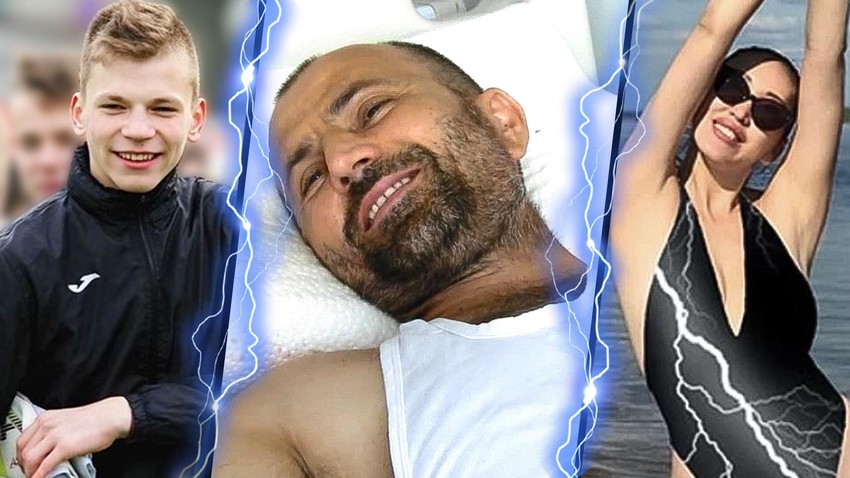 "Znamya Truda" FC; Ruptly; Angelina Stepanova
An electric tension up to a billion volts, and a current up to 500 thousand amperes – that’s what strikes a human who’s hit by lightning. Amazingly, some people survive. And there are Russians among them.

Around 3,000 lightning bolts strike the surface of the Earth every minute. Some of them hit people – each year, about 1,000 people are killed by lightning. The parameters of lightning vary greatly, but the time of discharge is very small, about 1/10 of a second. This is why it’s sometimes possible to survive the lightning strike – if it lasted, say, a full second, there would be literally nothing left of a human’s body. Roy Sullivan (1912-1983), a park ranger in Shenandoah National Park in Virginia, USA, survived 7 lightning strikes during his lifetime. We hope, however, that none of the following 3 Russians who also survived lightning strikes will ever again get an electrocution from heaven.

1. Ivan Zaborovsky – on a football field during practice 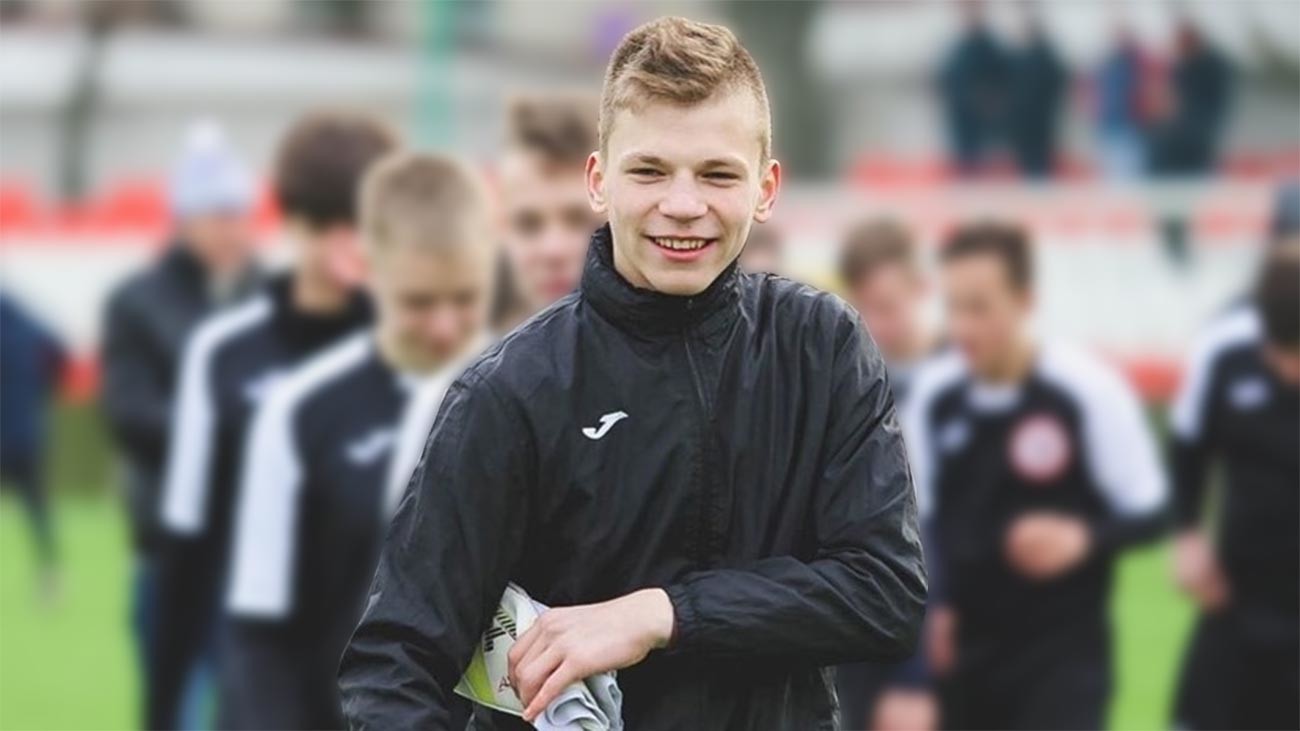 Ivan Zaborovsky, a 16-year-old goalkeeper, survived a direct hit of a lightning that struck him during football practice session on July 4, 2020, in Moscow Region.

“Honestly, I don’t remember that day at all,” Ivan recalls. “I passed out, and woke up only in the hospital, and people telling me how it all happened and who saved me, even showing me the video. My lungs are slightly damaged, I’m a bit short of breath, but the medics say it will all get back to normal. And my eardrum is broken, I’m deaf in one ear. Doctors told me to pause training for two weeks, take medicine and slowly get back to football. I feel strong gratitude towards my coach, if not for him, the consequences could have been much worse.”

Immediately after the strike, Ivan’s coach, who trained Zaborovsky since Ivan was just 9, performed an indirect heart massage and mouth-to-mouth resuscitation, while the ambulance was on the way. Ivan was instantly taken into intensive care. Soon, the paramedics revealed that his injuries were not critical. Ivan regained consciousness in a few days, and has now almost recuperated. After the incident, his football team gave Ivan a new contract, and promoted him into the main team. Ivan also said his training shirt burned, his football boots crumbled, and the lightning left considerable burns on his body. Ivan kept his burned boots as a token of this unbelievable stroke of luck. 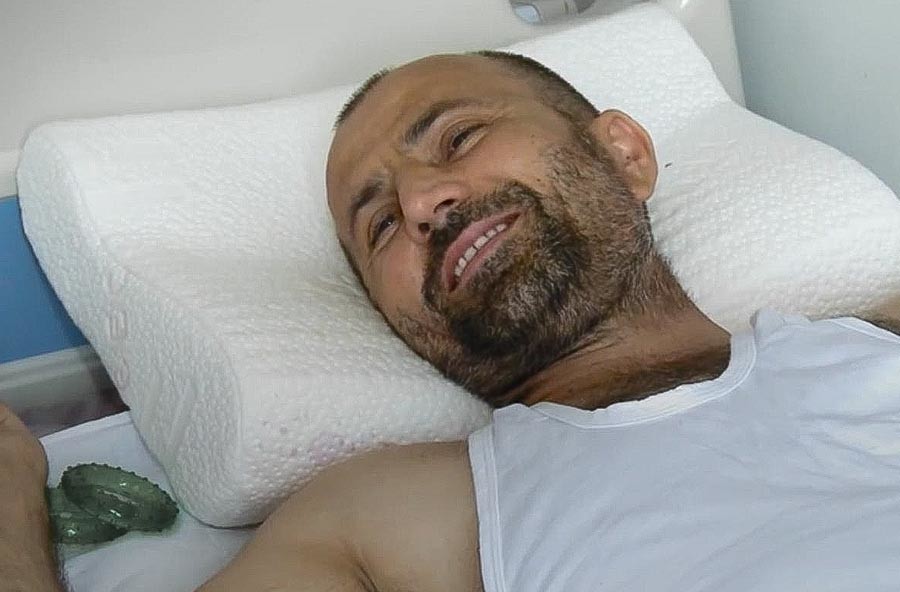 Salaud Akhmatov in the hospital, a month after the incident

46-year old Salaud Akhmatov, a resident of Nazran, Republic of Ingushetia, walked out onto his balcony on June 3, 2020, during a storm to watch the lightning. The lightning came through the balcony window’s glass, entered his body through his left armpit and came out through the back, tearing his chest open, and breaking 9 ribs.

“I watched the rain and the thunderstorm, and I saw several lightning discharges one after another,” Salaud said a month after the incident. “Suddenly, I felt a strong blow, I was thrown back [...] I saw blood running all over me, I felt something hanging from my back and saw pieces of bone on the balcony floor…” 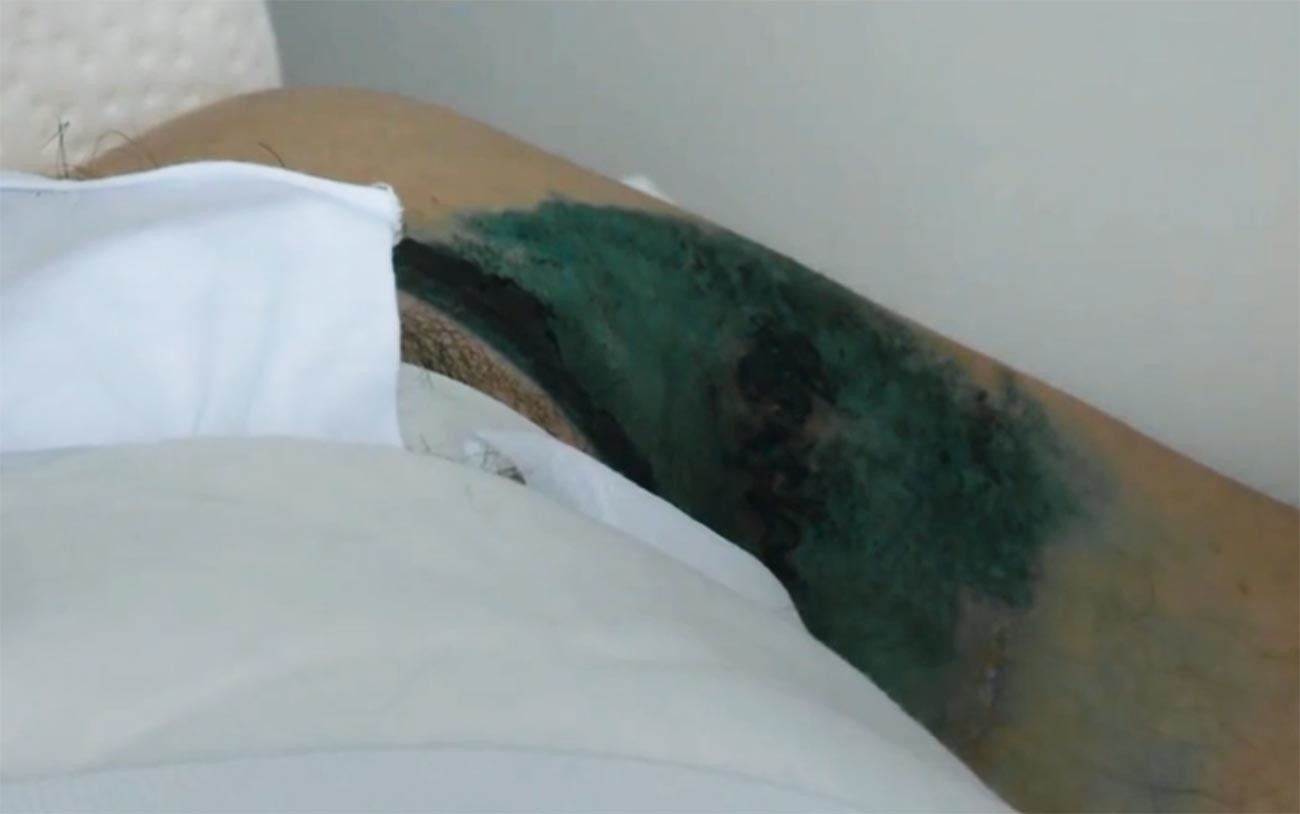 In the hospital, where Akhmatov was taken, electricity had gone out, because of the very same thunderstorm, so the surgeon and his team had to perform multiple operations necessary to save Akhmatov in darkness, illuminating the room with just their cell phones.

The operations lasted for 5 hours straight, but thanks to the skills of the medics, Akhmatov was saved. His lung and diaphragm were reconstructed, his damaged spleen was removed and also had his bones and muscles reconstructed. Salaud Akhmatov woke up after three days of unconsciousness. The medics plan to install titanium ribs into his body to compensate for the 9 ribs he lost in this frightening incident.

3. Angelina Stepanova – with a child in her lap 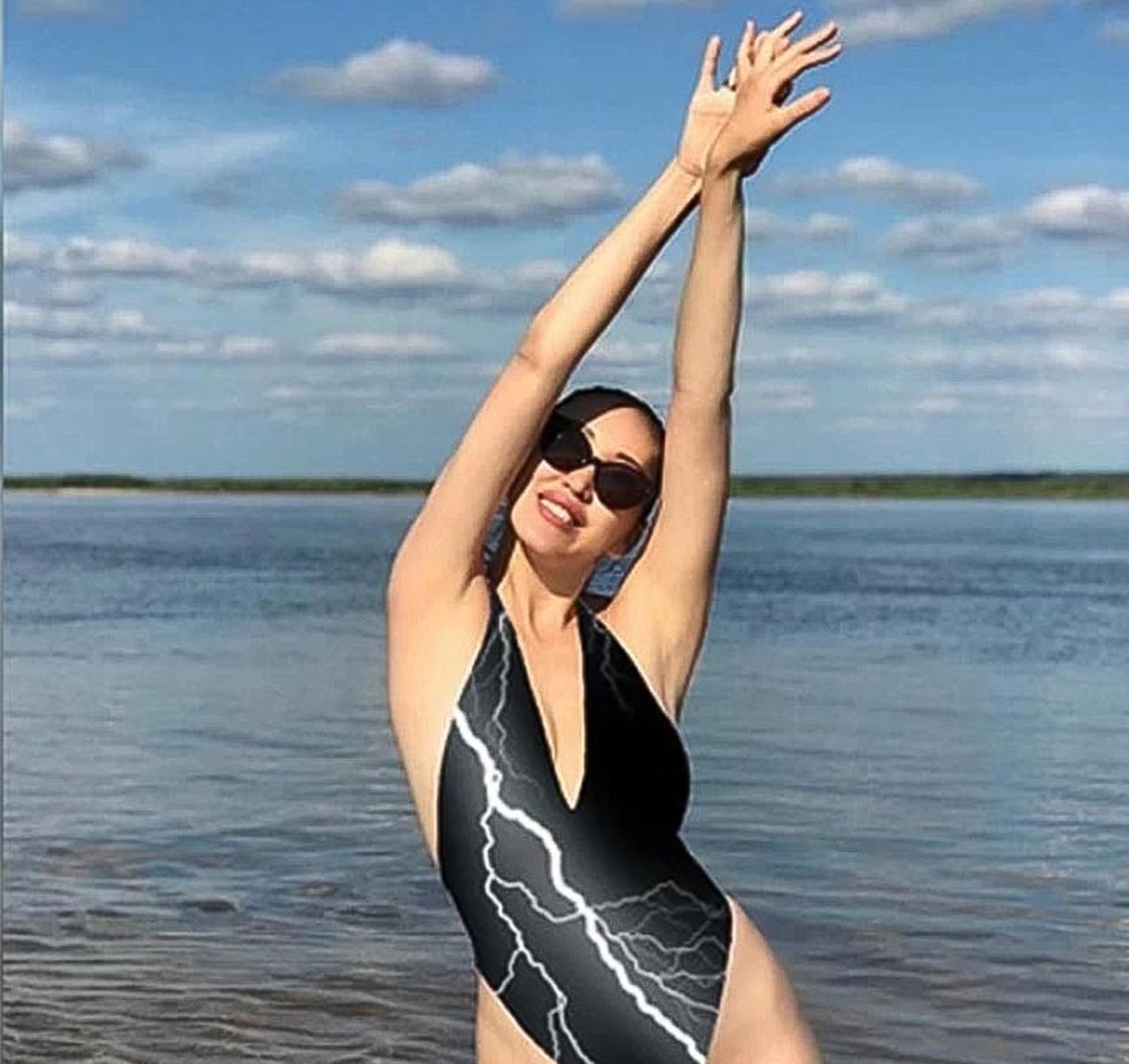 “I used to love thunderstorms. I loved swimming during the storm: the water was warm as milk, and the atmosphere was filled with magic. I loved listening to the thunder roar and capturing lightning on my phone camera, counting seconds between the lightning and the thunder blow. But it’s all in the past now,” says Angelina Stepanova, now 32. “Now, during a thunderstorm, I sit in the bathroom, without my phone or any electric devices. This is my phobia now, and I learned to live with it. 9 years have passed, but my memory is still fresh.”

In 2011, when Angelina was 23, she just divorced her husband and moved into a village in Buryatia region of Russia with her parents and two children, a 3-year old son Sai and a 2-year old daughter Altaana. Her parents helped her build a new house while they were living in a partly derelict building. 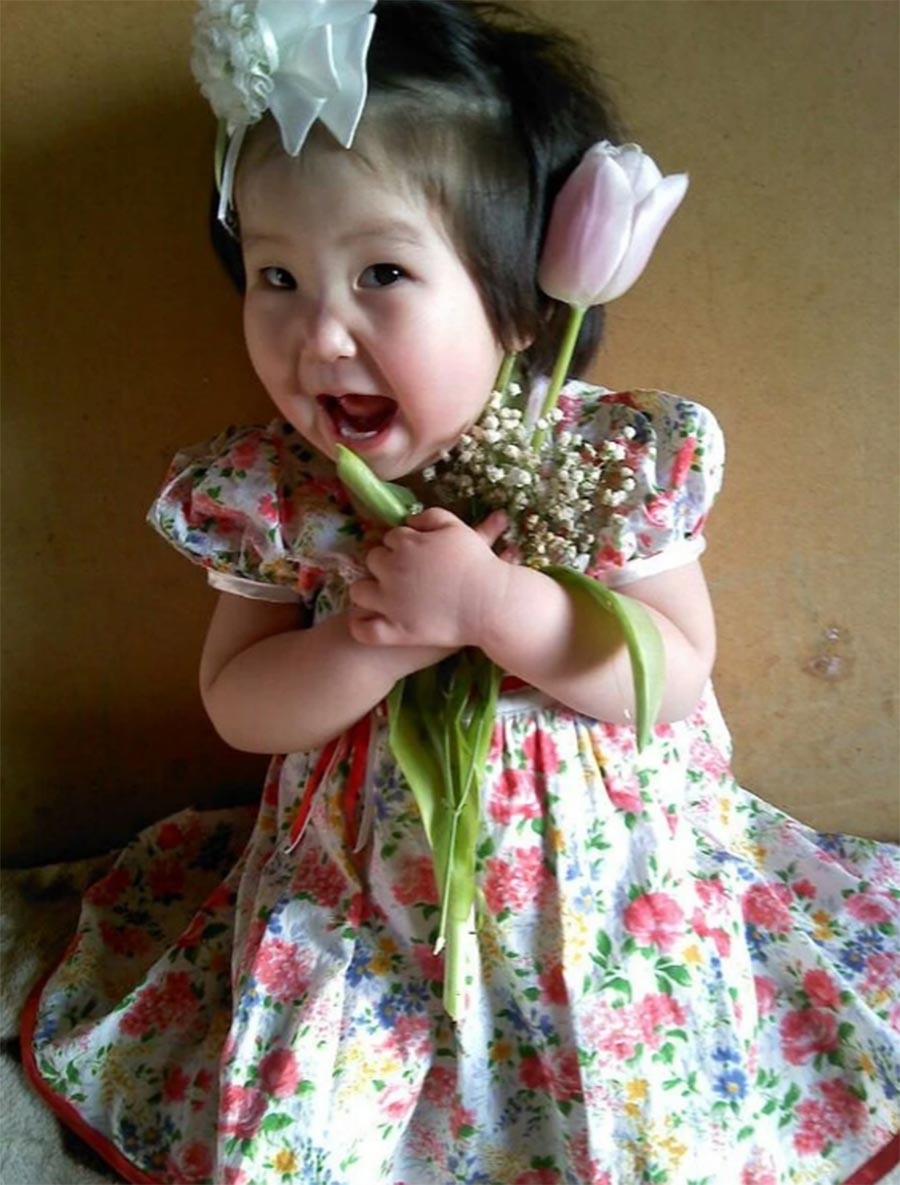 One day, Angelina was sitting on her porch with her daughter in her lap, browsing her cell phone, while her mother was asleep in the house. “Suddenly, I felt a strong electric shock, I stood up promptly, dropping my daughter on the ground, and I was shaking for 15 seconds straight!” Angelina recalls, still in shock with this ever-fresh memory.

“Everything before my eyes was white, and I didn’t see a thing. All the wiring in the house was cracking, and I felt my hair stand up, I felt the current that entered my body through my right hand and left it through my leg. It all happened very fast, but the time stood still and I remember everything that happened. When I stopped shaking, I regained my eyesight, and the thunder struck right above my head, deafening me. I grabbed my daughter and ran out into the rain!”

Angelina’s mother persuaded her to go inside. It became apparent later that the lightning struck an electricity meter on the house’s front wall, and then contacted Angelina’s body. Luckily, her daughter was only partly struck with the same charge.

After the incident, Angelina wasn’t hospitalized, but her heart hurt “unbearably,” she says. Doctors detected a minor anomaly in her and her daughter’s hearts. “We are not allowed to take up sports or any serious physical strains and exercises,” Angelina says regretfully. Other than that, nothing changed much: “It didn’t ‘open my third eye’, I have to say, nothing that ridiculous.”

Half a year later, Angelina’s life has completely changed. She moved from the village to Yakutsk, got a job as a teacher and is now happily married.