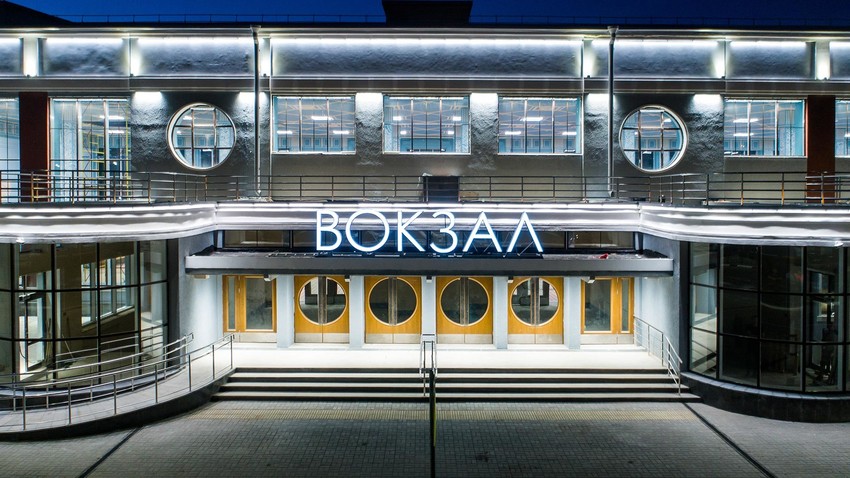 Andrei Safonov/visitivanovo.ru
The station was recently renovated and acquired new life, while preserving its historical roots. 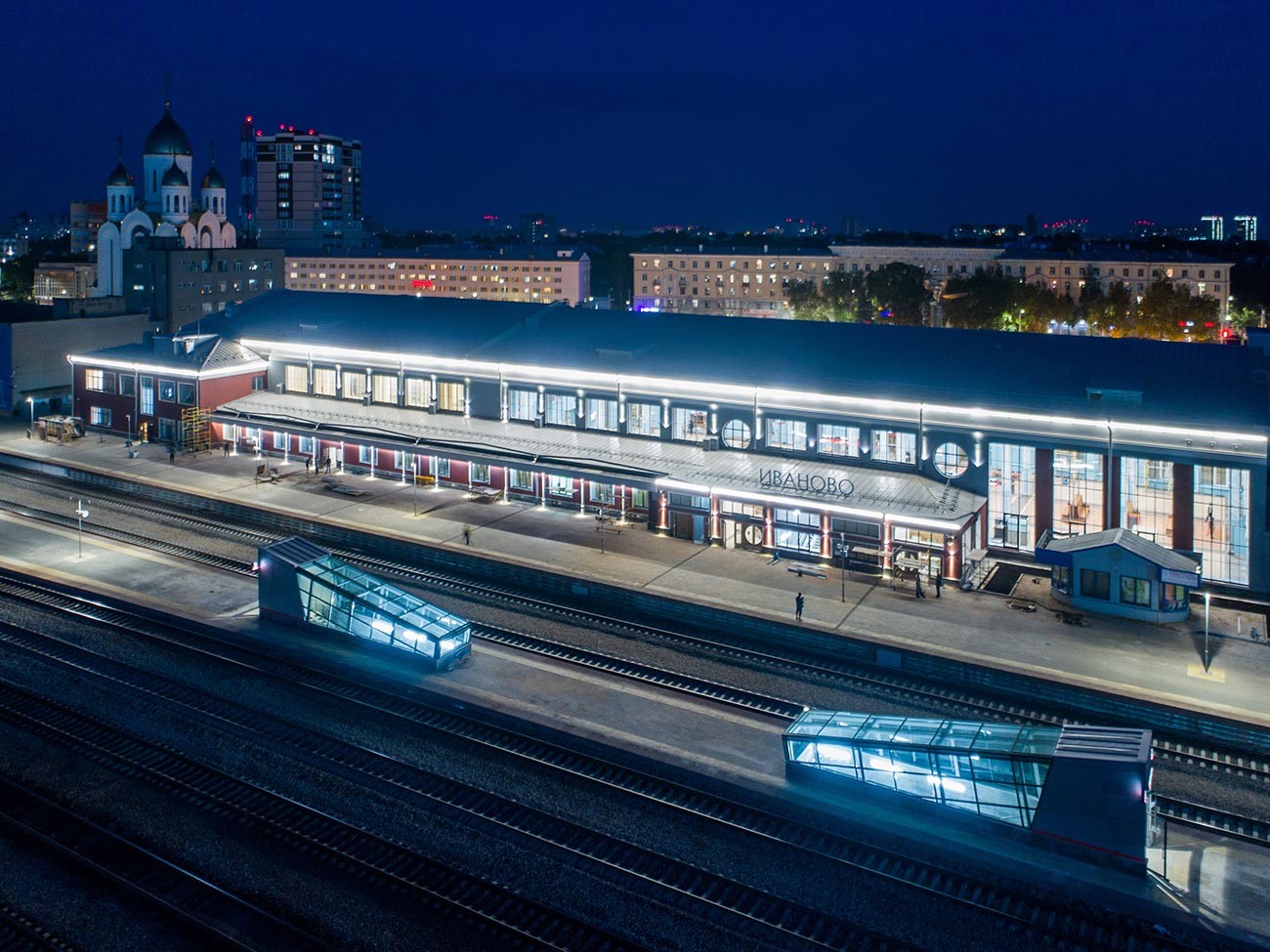 The constructivist architecture emphasizes the utilitarian nature of buildings: every element of the whole must serve its purpose. However, the old railway station lost its original appearance, because it had been rebuilt multiple times in the past: original windows were lost, new columns appeared and the large hall was divided into two separate, smaller halls. 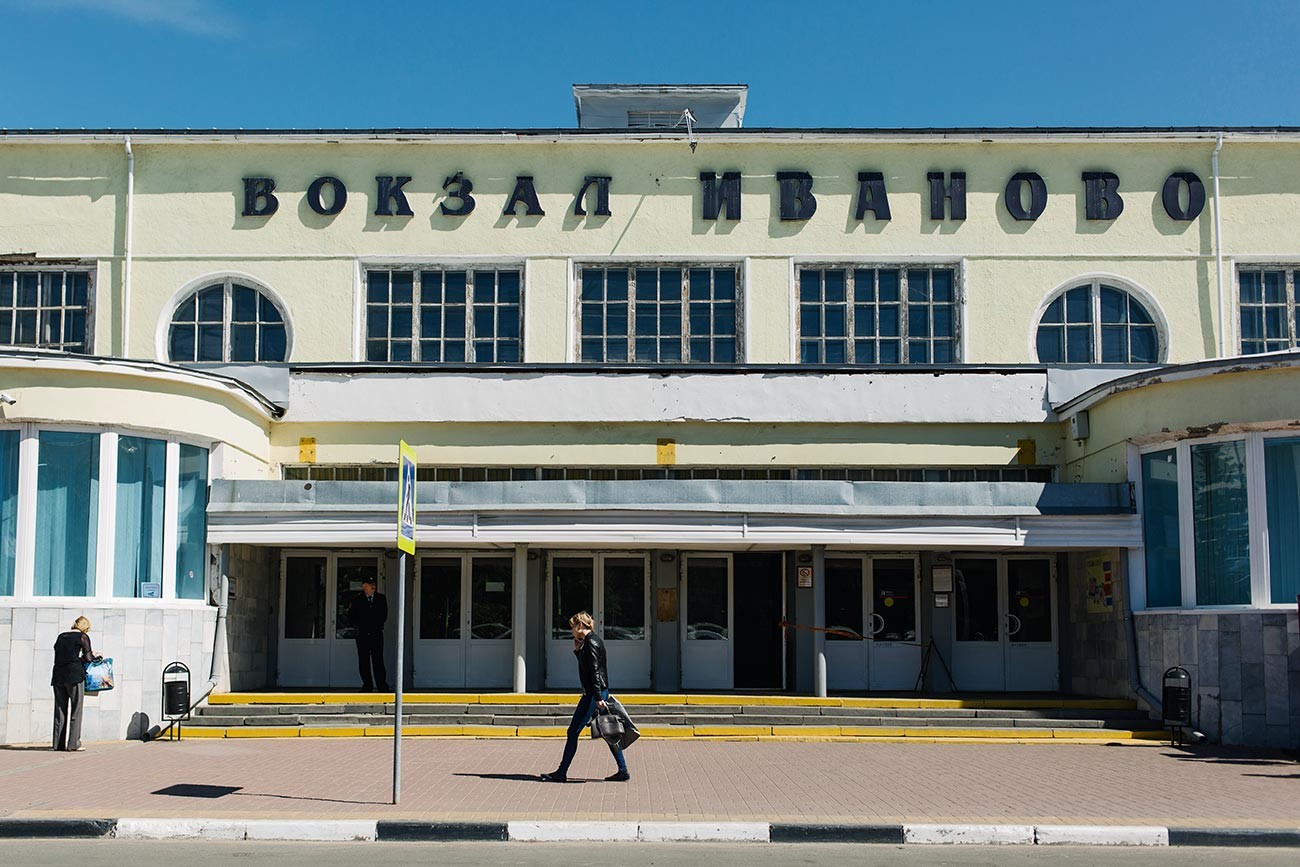 In general, the old building looked dull and shabby.

In 2018, historians and architects combined efforts to recreate the building’s original appearance, but also to modernize and refresh it. The final project was a compromise: the new design utilized the original constructivist ideas of the building’s first architects, but also incorporated modern architectural solutions and trends. 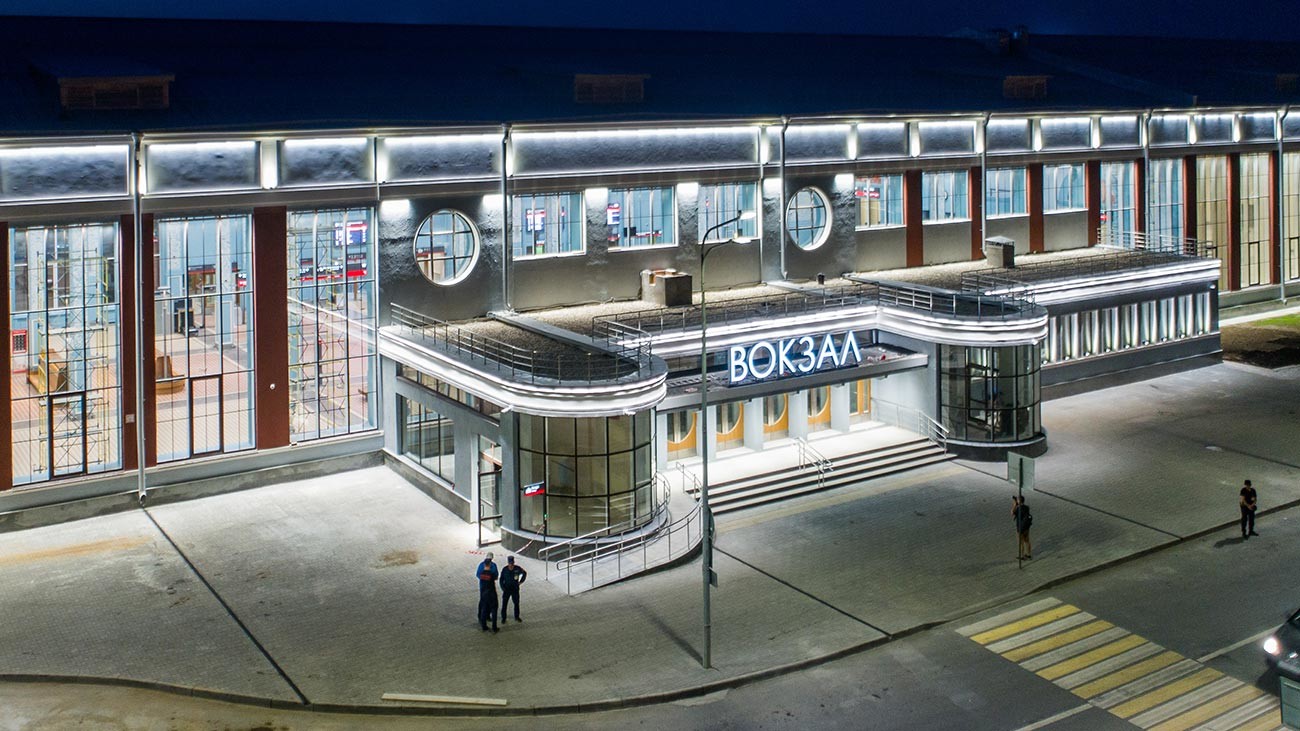 For example, the architects allocated more space in front of the building for pedestrians at the expense of the driveway. Also, the redesigned railway station acquired more convenient ramps for disabled people to use and a more convenient entrance.

The facade of the building also underwent a major renovation. Although it preserved its original constructivist look, its appearance became more vibrant and modern in comparison to what it used to be in the past. 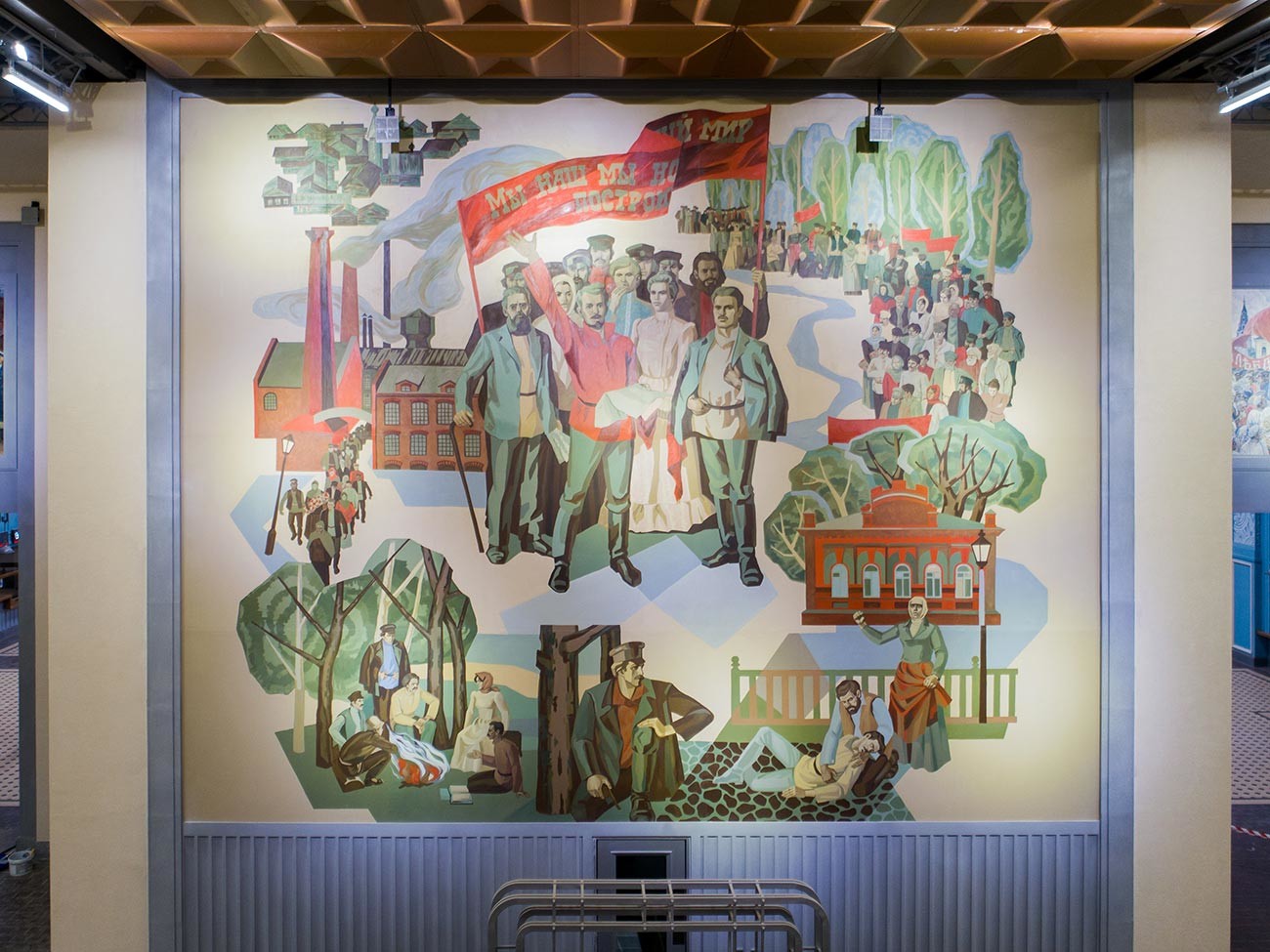 Designers also swapped chairs in the main hall for benches, an original solution used at the time of construction, although within newly inbuilt power sockets. 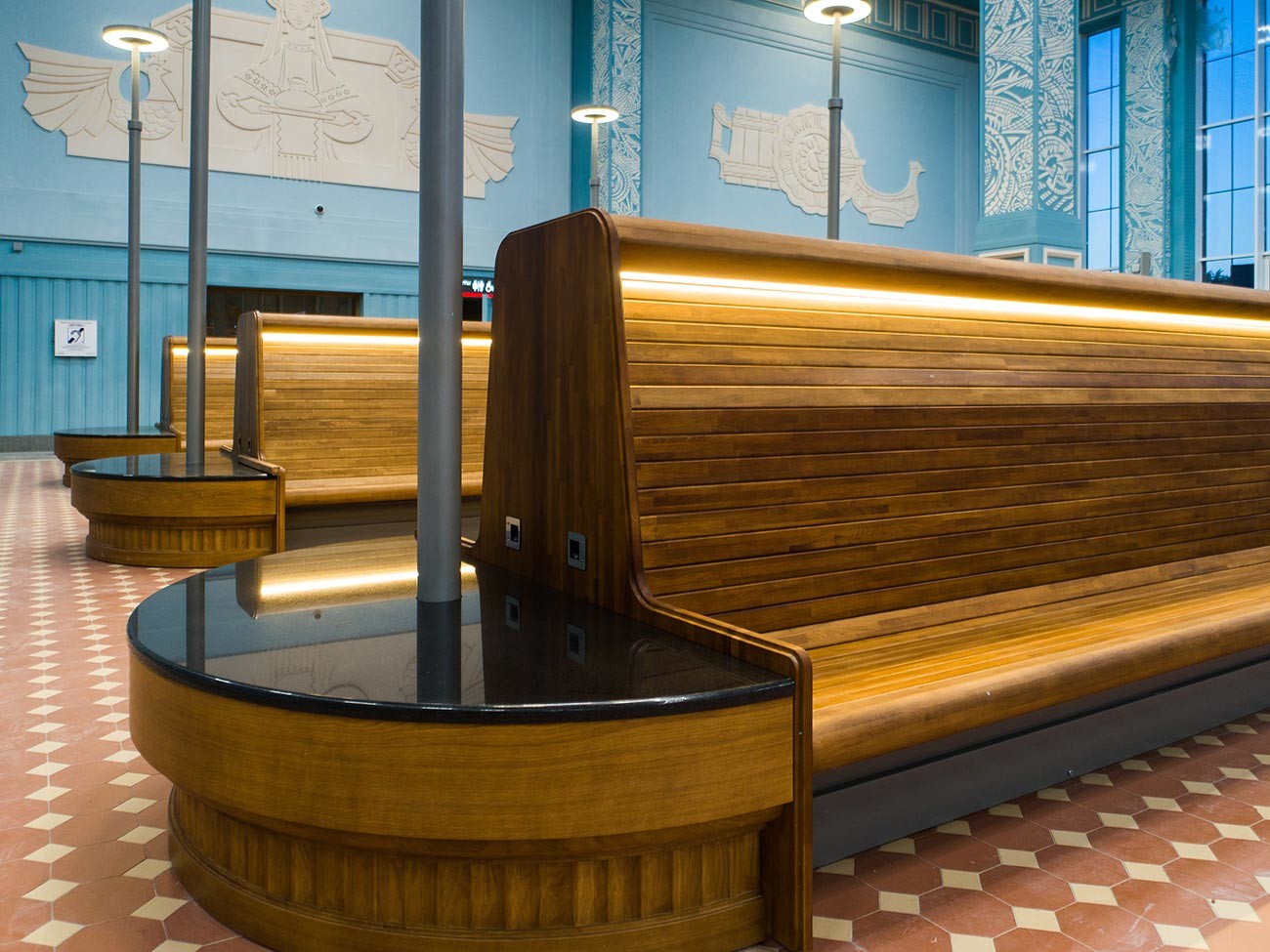 In the main hall, columns were decorated with distinctive patterns and the floor design was renewed, too. 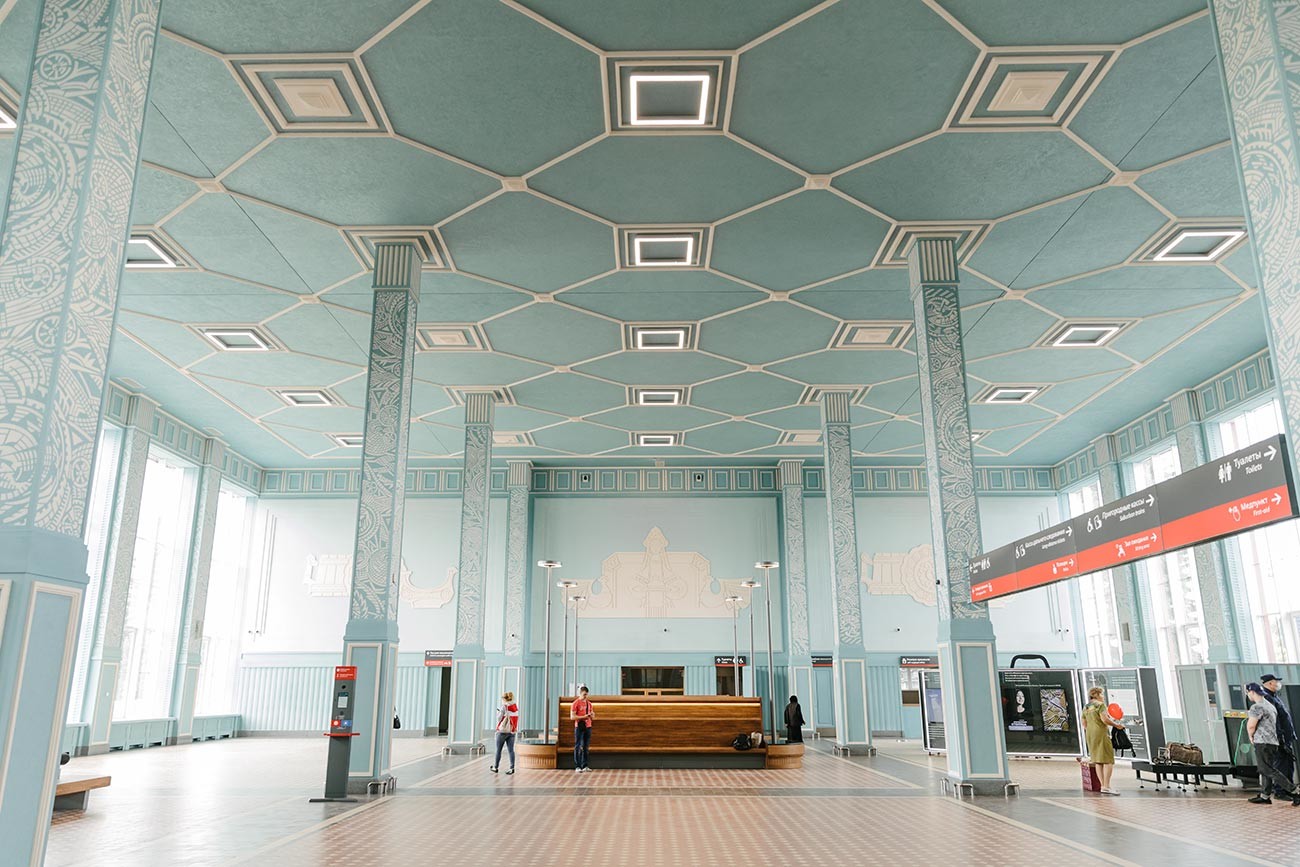 There is now a weaving loom in the hall that serves as a decorative element and also as a symbol of the city. 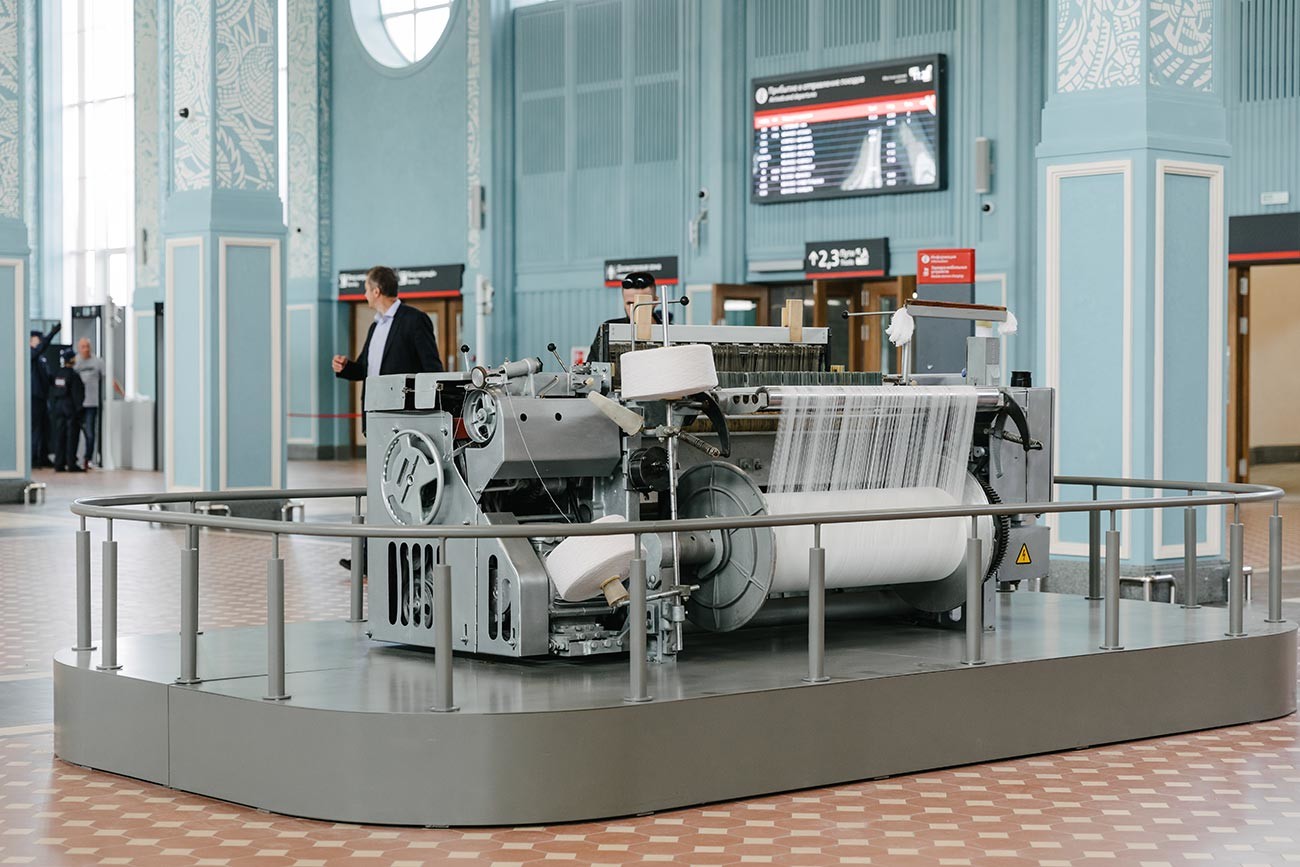 Soviet frescos were restored in their original appearance, including the hammer and sickle, the famous Soviet symbol meant to represent proletarian solidarity. Although the symbol is no longer used in modern Russia as a state emblem, the designers decided to leave it as it was for the sake of authenticity of the railway station. 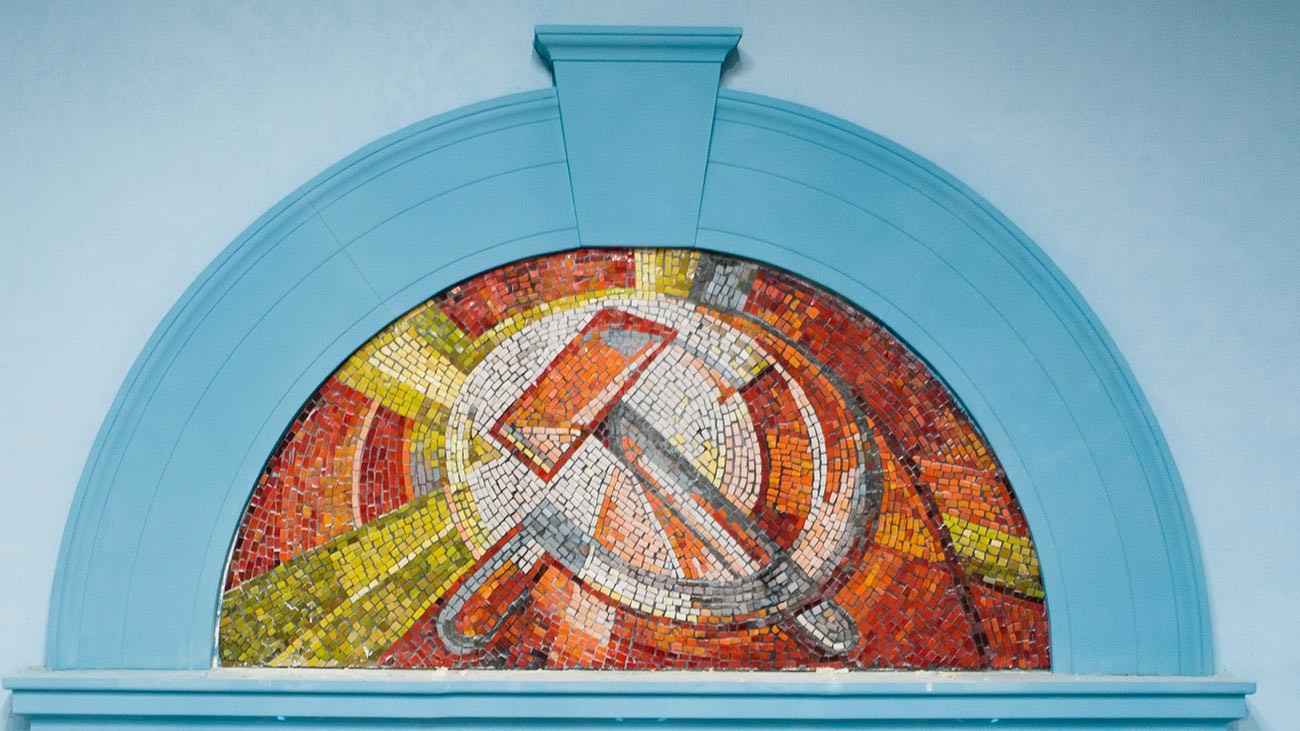