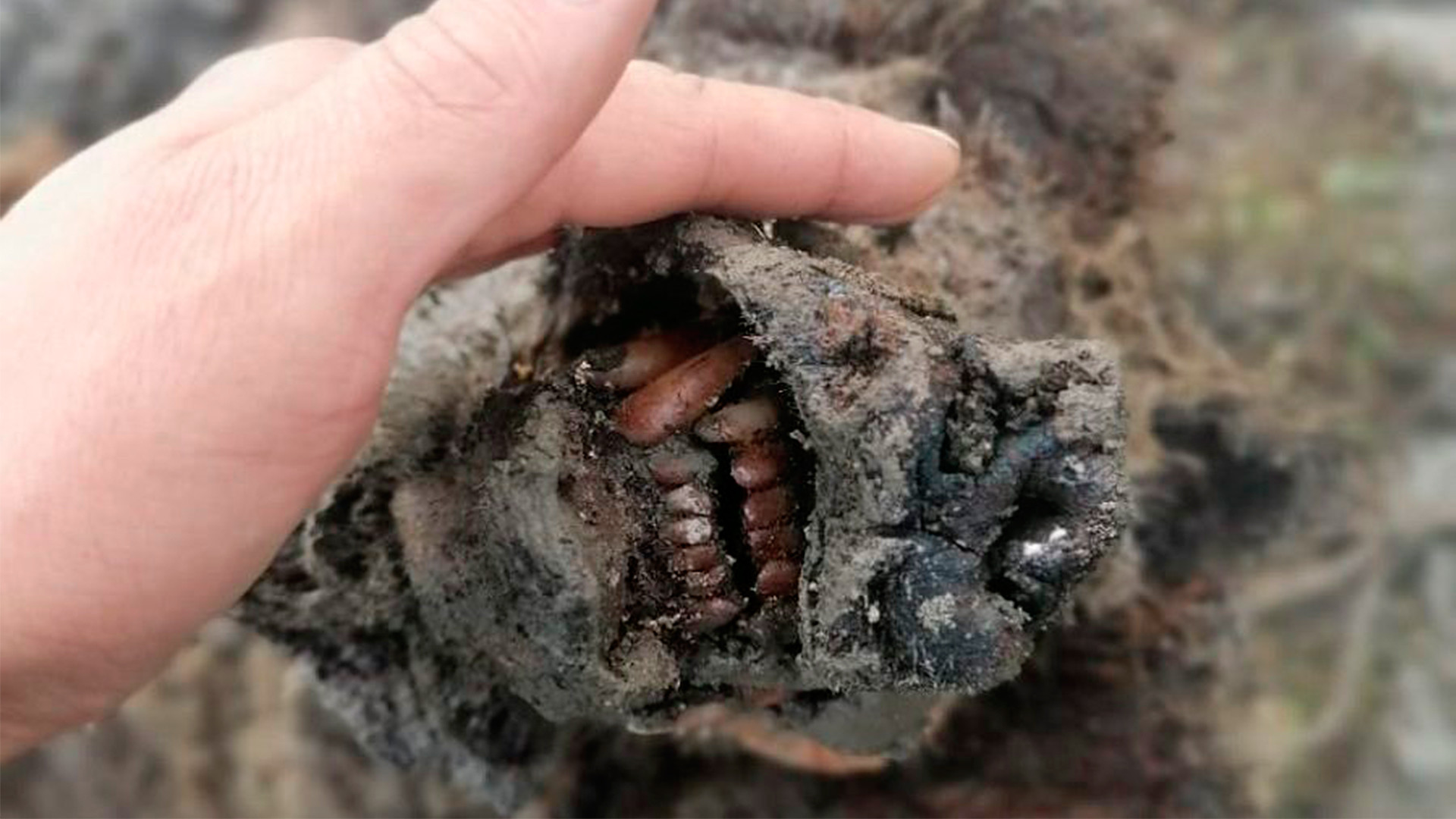 Carcass of an ancient brown bear

North-Eastern Federal University named after M. K. Ammosov
Previously, only skulls and bones of cave bears have been found during excavations, but this specimen even has its nose intact.

For the first time in history, reindeer herders on Bolshoy Lyakhovsky Island (in Yakutia, a very cold and remote part of Russia) have found the perfectly preserved carcass of an ancient bear, according to the website of the North-Eastern Federal University.

“As of today, it is the first and only find of its kind - a whole bear carcass with soft tissues. It is fully preserved, with all its internal organs in place. From the photograph, you can see that even the bear’s nose is intact. Previously, only skulls and bones [of cave bears] have been found,” Lena Grigorieva, head of the Molecular Paleontology Laboratory at the university, says. 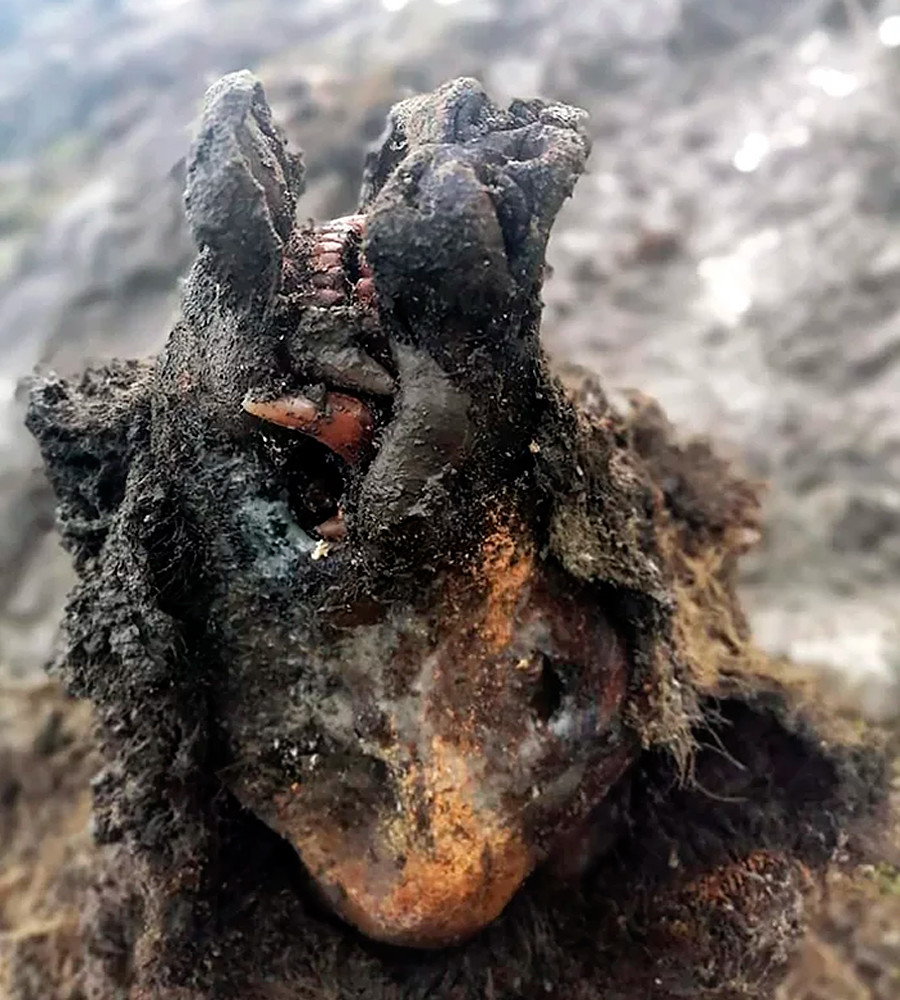 The cave bear is a prehistoric species that lived in Eurasia in the Middle and Late Pleistocene (a period that began 2,588,000 years ago and ended 11,700 years ago - Ed.), and became extinct about 15,000 years ago. According to preliminary information, the bear could have lived between 22,000 and 39,500 years ago, says the Siberian Times. The university’s website points out that scientists have not yet been able to confirm the exact age of the find.

The find will be studied by staff of the Mammoth Museum Laboratory and the Molecular Paleontology Laboratory of the North-Eastern Federal University, along with Russian and foreign colleagues.

“We intend to study the bear carcass, employing all of today’s scientific research methods - molecular-genetic, cellular, microbiological and others,” Grigorieva said. 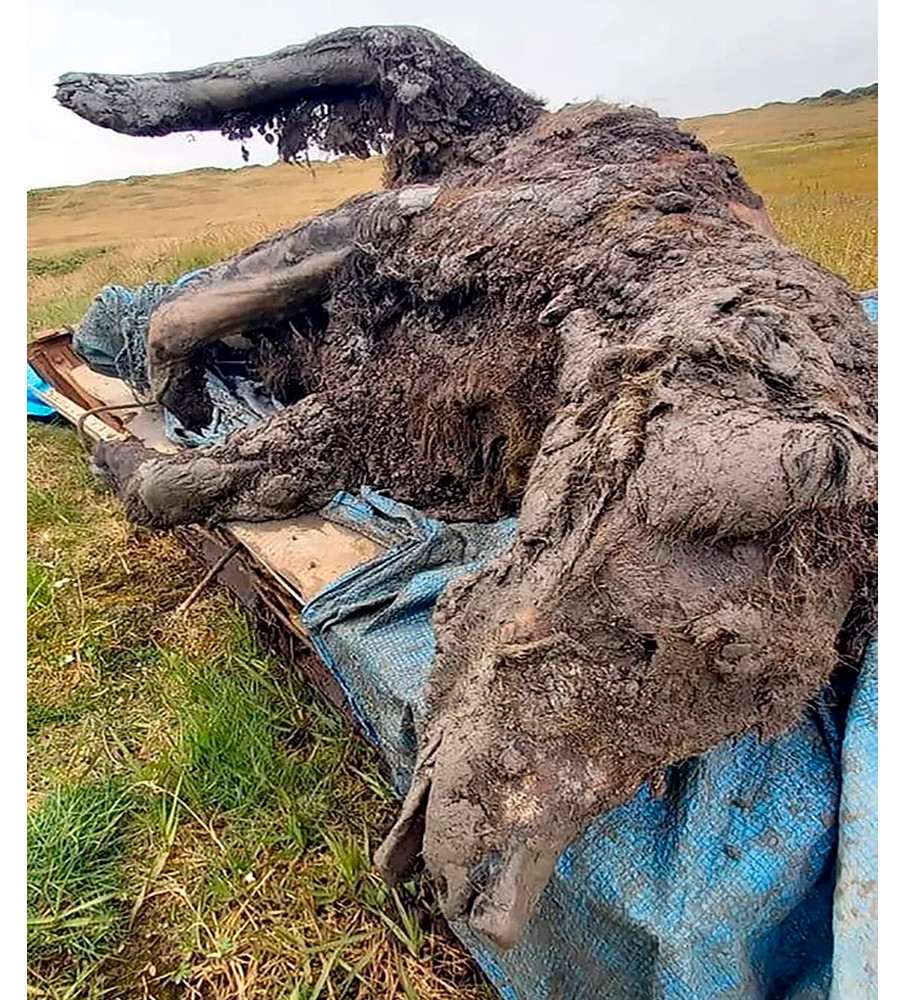 She added that the research will be as extensive as in the study of the Maly Lyakhovsky female mammoth discovered in 2012, also on one of the Yakutian islands. Scientists managed then to determine that the mammoth dated from about 29,000 years ago, had nine calves and one of them had died soon after birth. She was 67 when she died (the average life expectancy of mammoths was 60-65 years - Ed.) after falling into a crevasse, sustaining damaged bones and being unable to clamber out again.