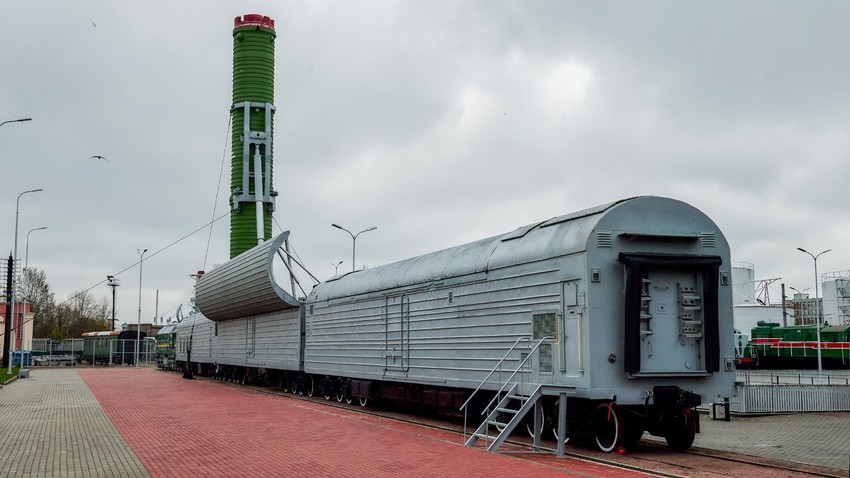 Alexei Danichev/Sputnik
These trains were once among the most formidable weapons in the Russian army, equipped with state-of-the-art technology: from mountain rifles to intercontinental ballistic nuclear missiles. 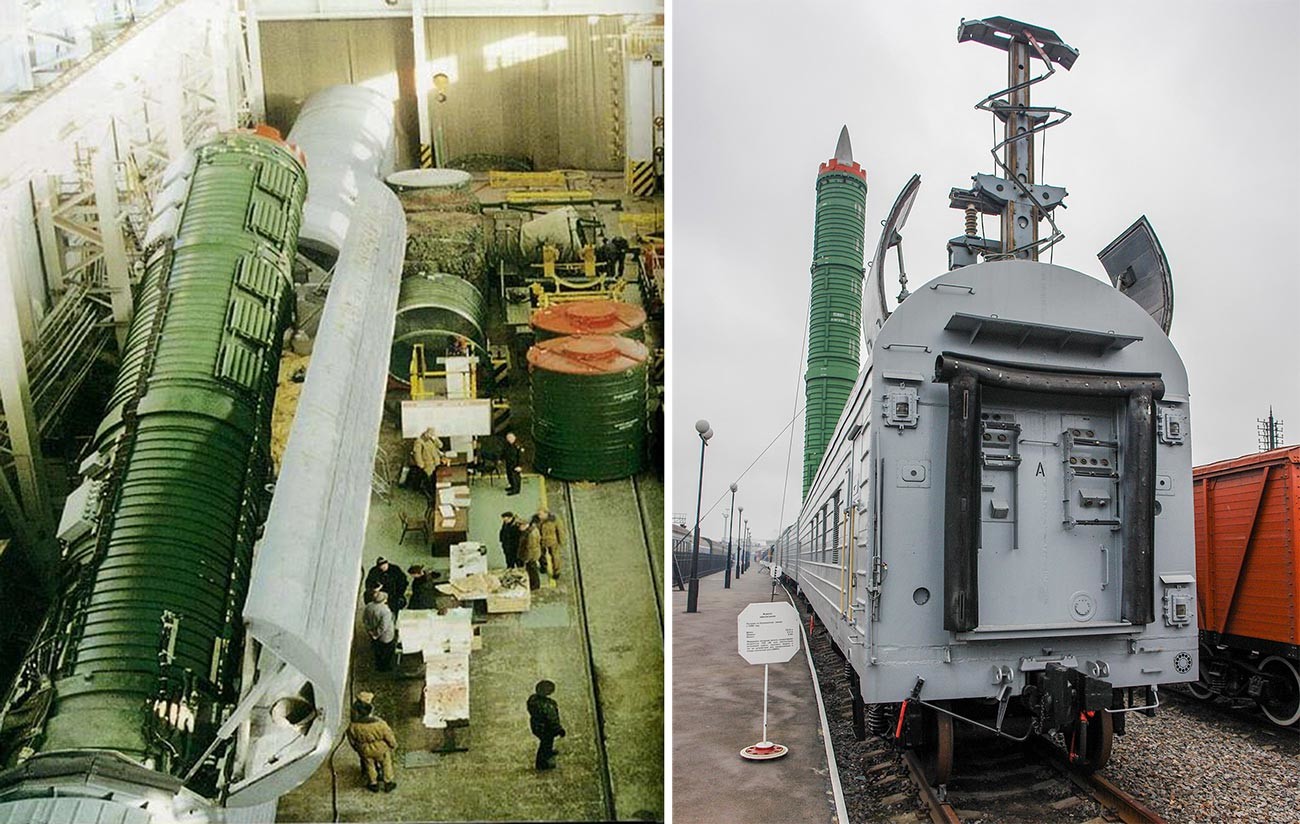 The most formidable weaponized train was and remains the BZhRK combat railway missile system with RS-22 intercontinental ballistic missiles, which roamed and rolled around Russia, ready to strike the enemy at any moment.

Nuclear mobility was the BZhRK's main advantage, since Russia ranks third in the world by length of railway track (more than 120,000 km). In service since the late 1980s, it was effectively untraceable by enemy satellite.

However, the system was not without its drawbacks.

“The missile trains were very heavy, each weighing over 110 tons, and pulled by three diesel locomotives. Every time they plied the railroad, a repair team had to be called out to strengthen the embankments. This irritated the Russian Ministry of Railways,” retired colonel and military analyst for news agency TASS Viktor Litovkin told Russia Beyond.

In his words, trains carrying the RS-22 traversed the country from 1984 to 1994, after which their numbers were slashed under the Strategic Arms Reduction Treaty (START). The current New START allows Russia and the United States each to have 700 deployed carriers (nuclear submarines, strategic bombers, intercontinental ballistic missiles) and a further 100 in depots. Plus the number of nuclear warheads is limited to 1,550.

In 2013, Russia announced plans to remove part of its missile systems from combat duty in order to put the new-generation Barguzin BZhRK project back on the rails. By December 2014, the Russian Ministry of Defense had selected the missile for the complex: the RS-24 Yars, six per train. They can be accommodated in ordinary freight cars, making it possible to mask the special vehicles in the flow of civilian rail traffic.

However, the economic crisis of the mid-2010s put the project on ice, and the money for Barguzin was reallocated to the construction of Avangard silo-based missiles. 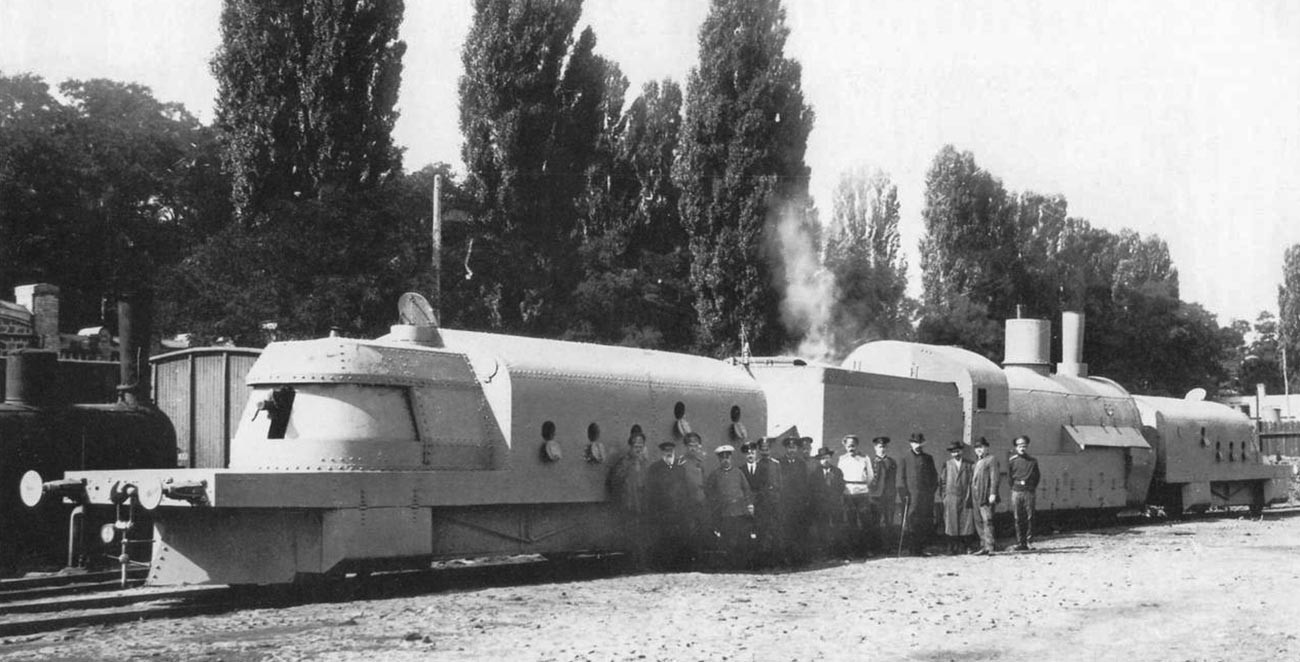 During WWI, the Russian Empire had four Khunkhuz-class armed trains in active service.

Each consisted of an O-series (from Russian osnovnoi — “basic”) steam locomotive and two biaxial platforms. They housed 12 captured Austrian 8-mm Schwarzlose machine guns and a tower with a 1904-model 76.2-mm mountain rifle. The steel-plate armor 1.2-1.6 cm thick was more than sufficient to protect the crew of 94 from small-arms fire.

The Russian army actively used trains in frontline operations until its withdrawal from WWI in 1918. 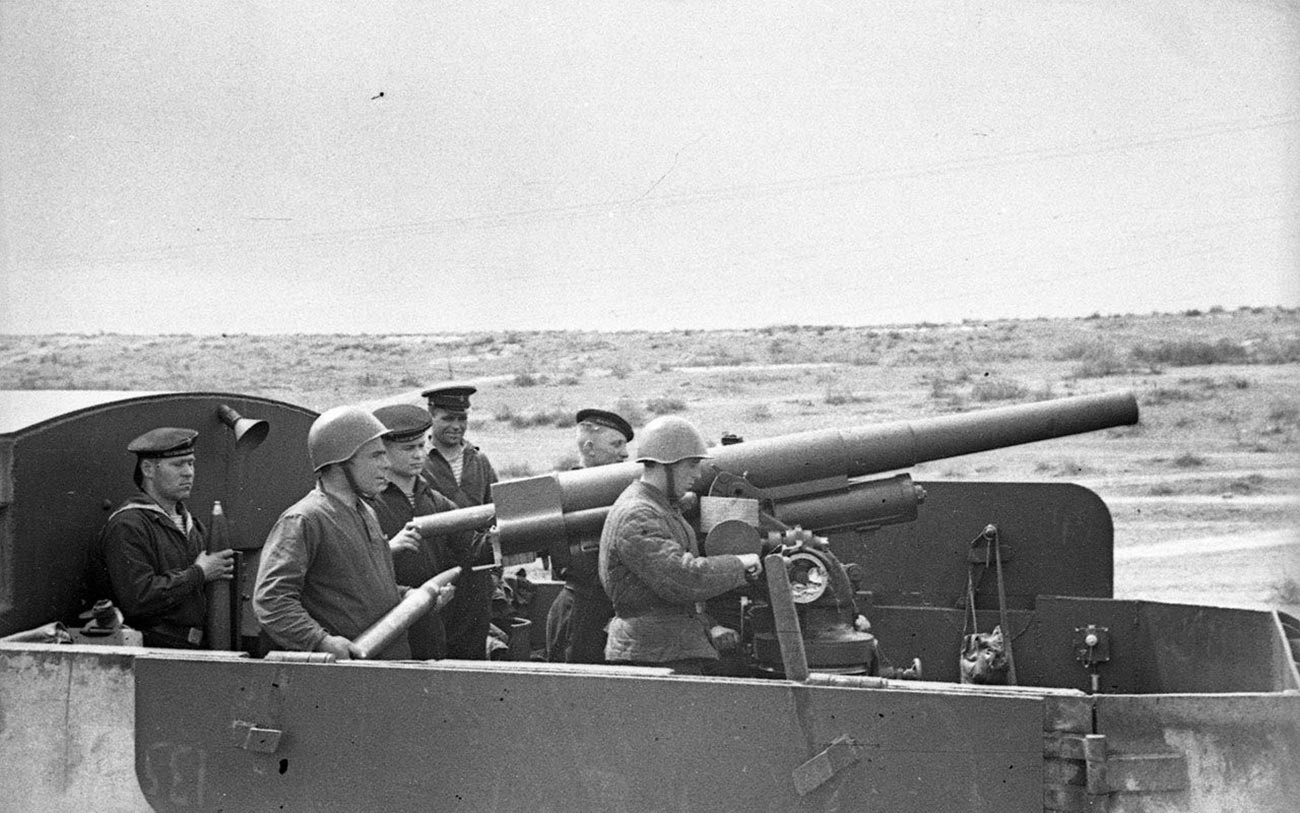 The most famous combat train of the Great Patriotic War (1941-1945) played a major role in the defense of Sevastopol in Crimea.

The body of this behemoth was sheathed with 30-mm armored plates, yet despite its weight it could accelerate to a speed of 50 km/h.

The German army nicknamed it the “green ghost” for its ability to appear as if from nowhere, open fire, and vanish from sight. This was because the train was concealed in tunnels cut into the rocks and in narrow recesses in the Crimean mountains. Eventually, however, the Germans tracked down its location, and the Luftwaffe bombed the tunnel in which the train and its operators were stationed.