Meet Morgenstern, the first man in Russia to receive a ‘Woman of the Year’ award 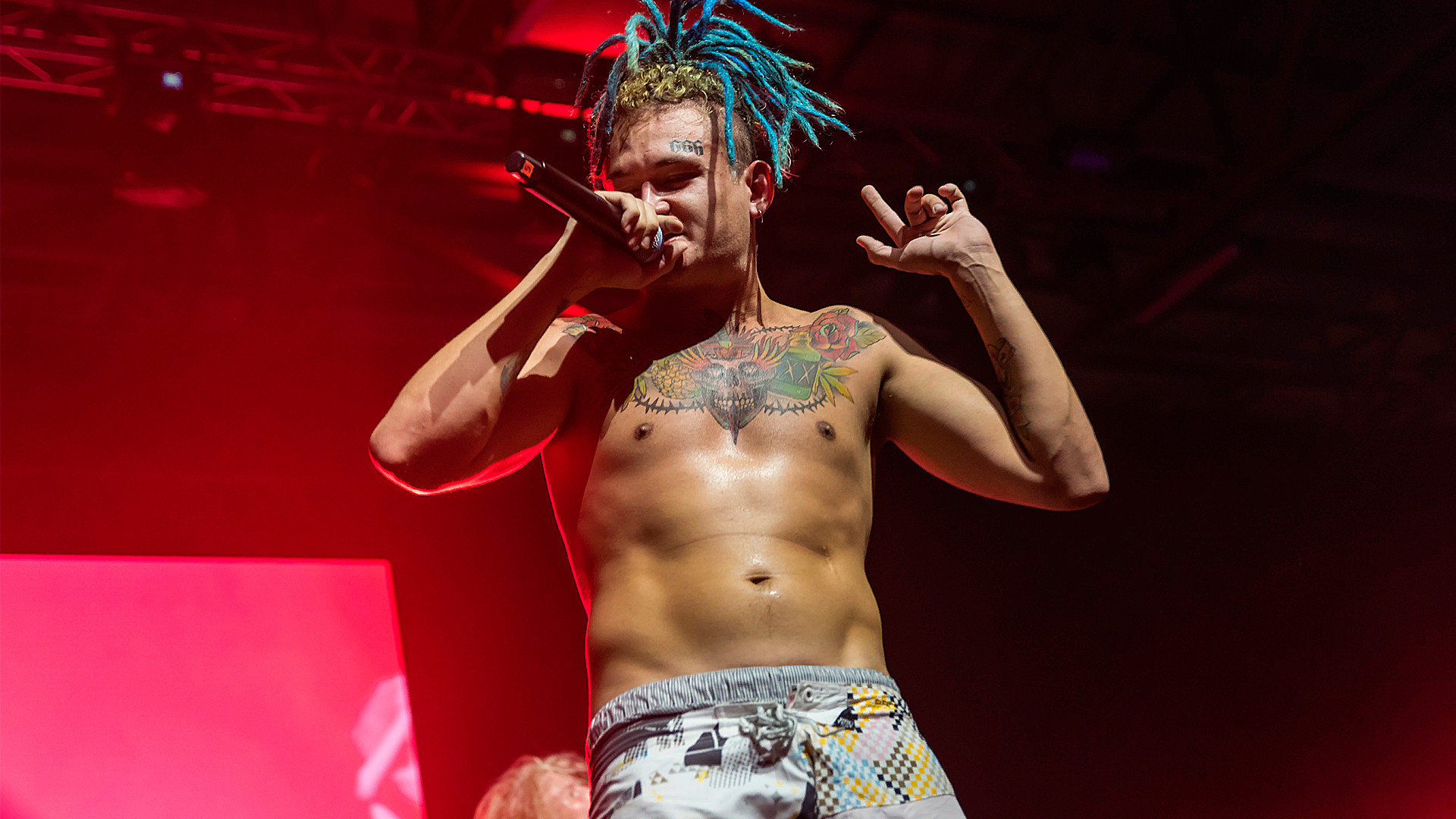 Okras (CC BY-SA 4.0)
The award went to the 22-year-old rapper from Ufa, who raps freestyle live on air, shoots clips in one take - and makes millions from it all. WTF?

“Hey girls, it was so unexpected, but nice, especially considering I've got a huge penis!” Was how Morgenstern, a young guy with face and body tattoos dressed in a long women’s coat, fur cape, wide-brimmed hat and Dolce & Gabbana bag thanked the audience for his ‘Woman of the Year’ award from Russian glamor magazine Moda Topical. It’s all most likely a joke thought up by the magazine to boost sales.

But that didn’t stop the rapper — already considered the most listened-to and discussed artist of 2020 — from Instagramming that the award for him was a “breath of fresh air”. So, who is he and how did he get so popular?

A freestyle rapping dropout from uni

Three years ago, almost no one knew about 20-year-old Alisher Valeev from Ufa. Having discovered rap at the age of 12, he recorded his first track with a 2-megapixel camera, which contained the following lines:

“Soon you’ll have these tracks, the district is listening, friends are listening, we don’t want fame, we want to download, the golden border, we’re above the clouds.”

As a student at a teacher training college, he rapped in the street to earn a living, all the while shooting YouTube videos and vlogs. 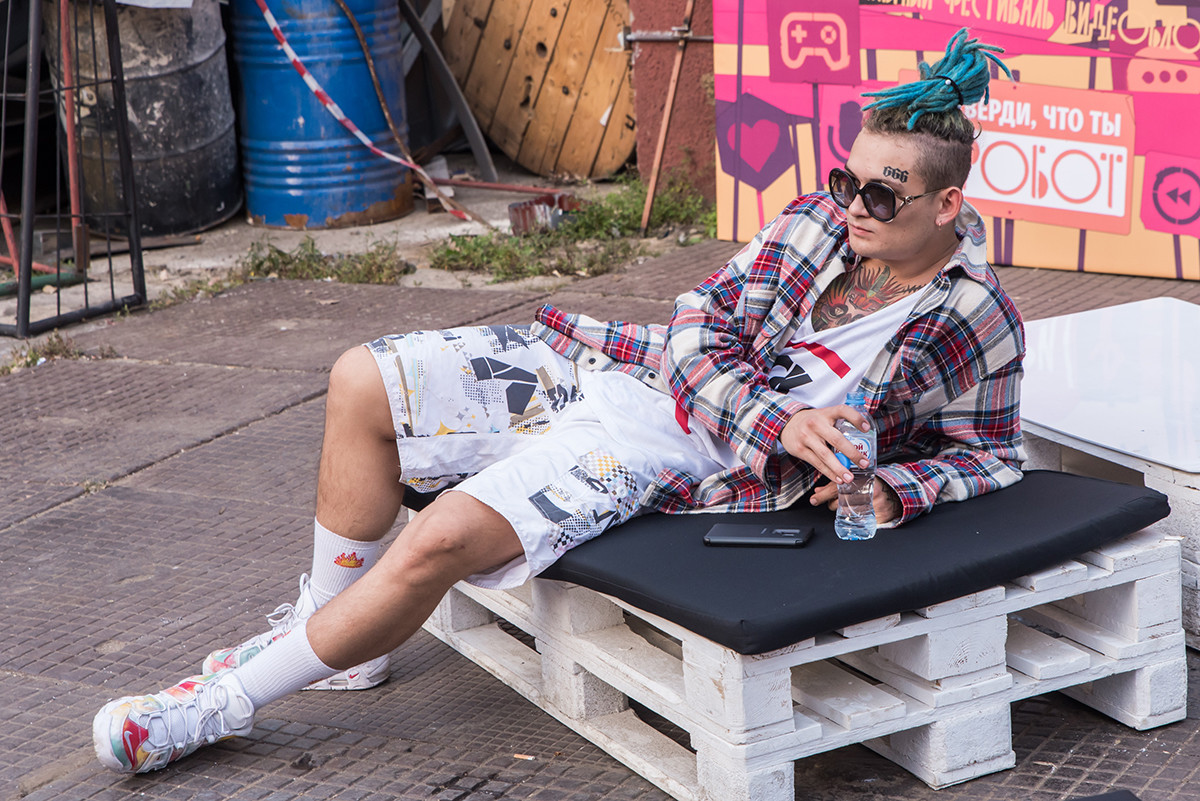 One of his earliest videos is about getting excluded from college. This happened after he posted a YouTube video in which he offers sex to a schoolgirl. Before leaving, Alisher told the college administration that in ten years he would be famous, and his songs “about shit” would be listened-to all over the country.

However, fame came knocking a little earlier — four months after launching the ‘Easy Rap’ section on his YouTube channel. There, he details how he writes tracks and shoots videos in the style of popular Russian rappers in just a few minutes.

“Hey douche-tards! I’ll show you there’s nothing difficult about making modern music and absolutely anyone can do it!” This is how the first Easy Rap video begins, now with 13 million views.

He spent about a year writing freestyle tracks and firing disses at popular vloggers, as well as rapping his own to clips of presidential candidates. In 2018, Alisher moved to Moscow and released his first album, made up of old tracks. The album got 50,000 reposts a day on the Russian social network Vkontakte, surpassing the previous record.

In early 2019, he released a new album with the track ‘Zelynoglaziye Deffki’ (“Green-Eyed Girlz”). The song made it into the Top 30 global chart on Genius.com, as well as the Top 10 on VKontakte.

In winter 2019, the rapper announced he was quitting vlogging to devote himself to music and a tour of Russia.

In 2019-20, even those with no interest in Russian rap heard about Morgenstern, thanks to the release of his new album, plus several videos.

One of them is about buying a new Mercedes-Benz, which has scored 78 million views and counting. In the video to the track ‘Novy Merin’ (“New Benz”), Morgenstern flings cash around and says that he made it from touring.

That was followed by another video with Russian pop singer Klava Koka ‘Mnye Pokh’ (“I Don’t Give a F*ck”) (68M views).

On January 17, 2020, Alisher released the album Legendarnaya Pyl’ (“Legendary Dust”), recorded live in a week. Two days after its release, the album had already notched up 21 million listens. After that, he bought a chain worth 3 million rubles (approx. $40,000).

“The end of the album contains at once the most powerful and creepiest moment of the record, a real confession of a scumbag and probably the most truthful portrait of Morgenstern: ‘My family’s proud of me, but I don’t care, my gramps died, but I don’t feel sorry for him, I said I wanted to be a role model to you, but I lied, I’m an a-hole,’” writes the youth portal Afisha Daily in its review of the album.

On June 4, 2020, Morgenstern released another video, this time for the track ‘Pososi’ (“Suck it”), shot in one take in his own backyard. That was followed on June 8 by a video for the track ‘Cadillac’, recorded together with popular Russian rapper Aljay. The two tracks were a big hit with Russian TikTokers, with both appearing at least 500,000 in user videos.

Even Shaquille O'Neal was seen dancing with his son to one of the rapper's songs on TikTok.

Morgenstern’s fanbase is mainly teenagers, attracted by his anything-goes attitude and talk of easy money.

Morgenstern himself explains the reason for his popularity as follows: “I’m not ashamed of making shit, I love making shit. I follow my impulses and desires. I go places and do things without thinking if it’s good or bad. Many say it’s just an image, but I think people sense it’s all for real.”