How Vladimir Putin spends his birthdays 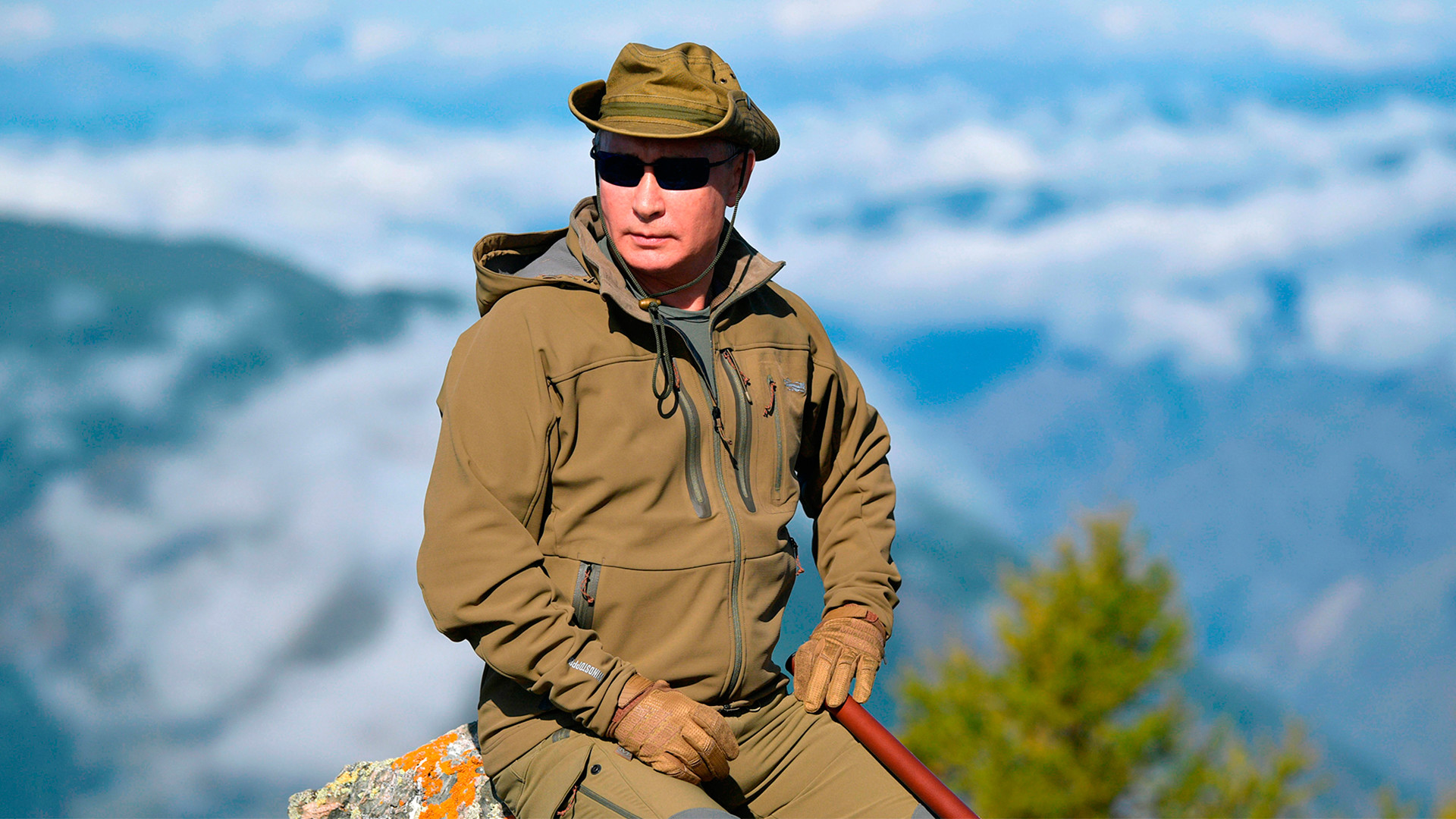 Alexey Druzhinin/TASS
On October 7, 2020, President Vladimir Putin turned 68. His spokesperson notes that even on his birthday, the president normally spends most of the day at work. It is filled with dozens of international calls, while in the evening, Putin meets with friends and family. Let’s take a closer look at how he celebrates, and check out some of the more interesting gifts!

Love for the Siberian taiga

“The cone is just at the top, here, let me show you,” Vladimir Putin says, as he stands in the middle of a forest in a suit, holding a mushroom with a cone attached to the top, showing his find to the camera. Nearby is Minister of Defense Sergey Shoygu, who’s found another mushroom. Putin then pockets the cone as a small souvenir.

The President of the Russian Federation spent his 67th birthday in 2019 in the Siberian taiga. According to his spokesperson, Dmitry Peskov, Putin “enjoys nature”. Shoygu, during the same trip, dug up a lingonberry bush, which the president suggested the minister plant at his dacha. 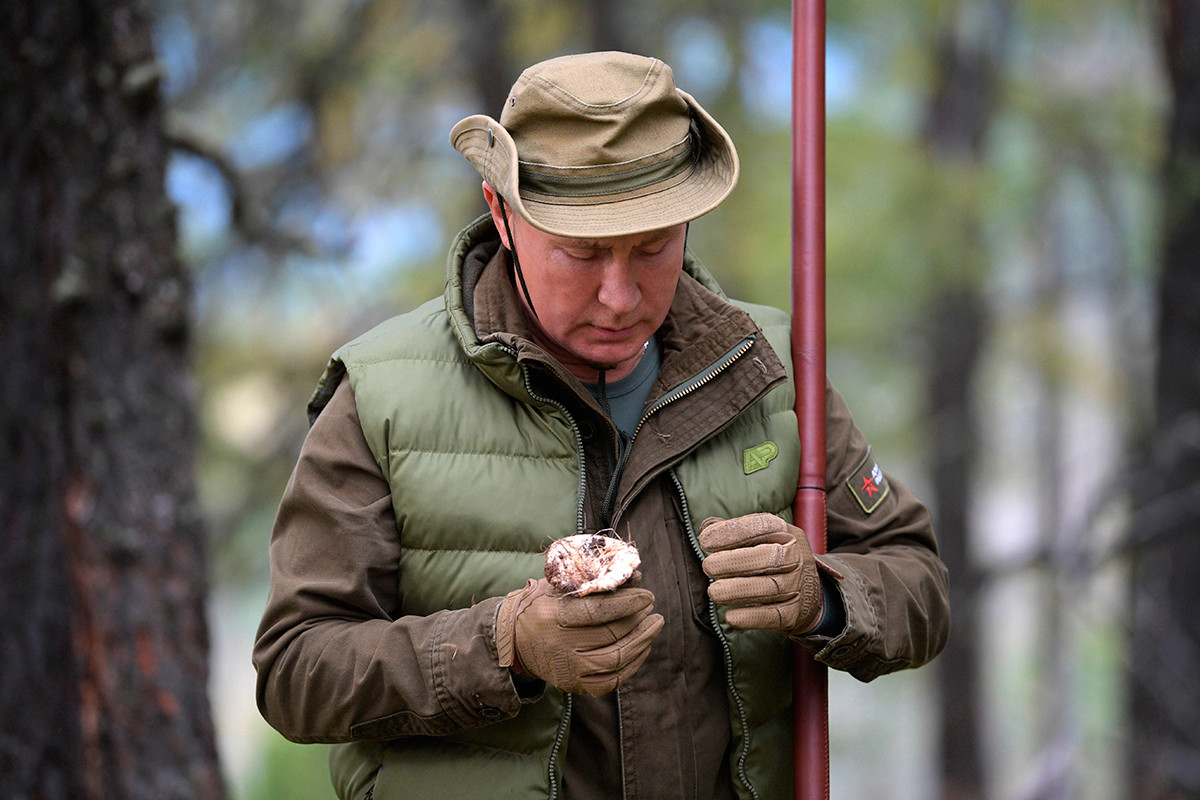 October 7, 2019. Russian President Vladimir Putin during a walk in the taiga

Putin spent his 2014 birthday in a similar fashion. He took a weekend off then.

“Tonight, he will travel to Siberia, to the taiga, some 300-400 kilometers from the nearest settlement, where he will enjoy some rest on his birthday,” Peskov then said, adding that the vacation would not be spent in “stationary habitation conditions”, what with the nearest wooden house being hundreds of kilometers away. 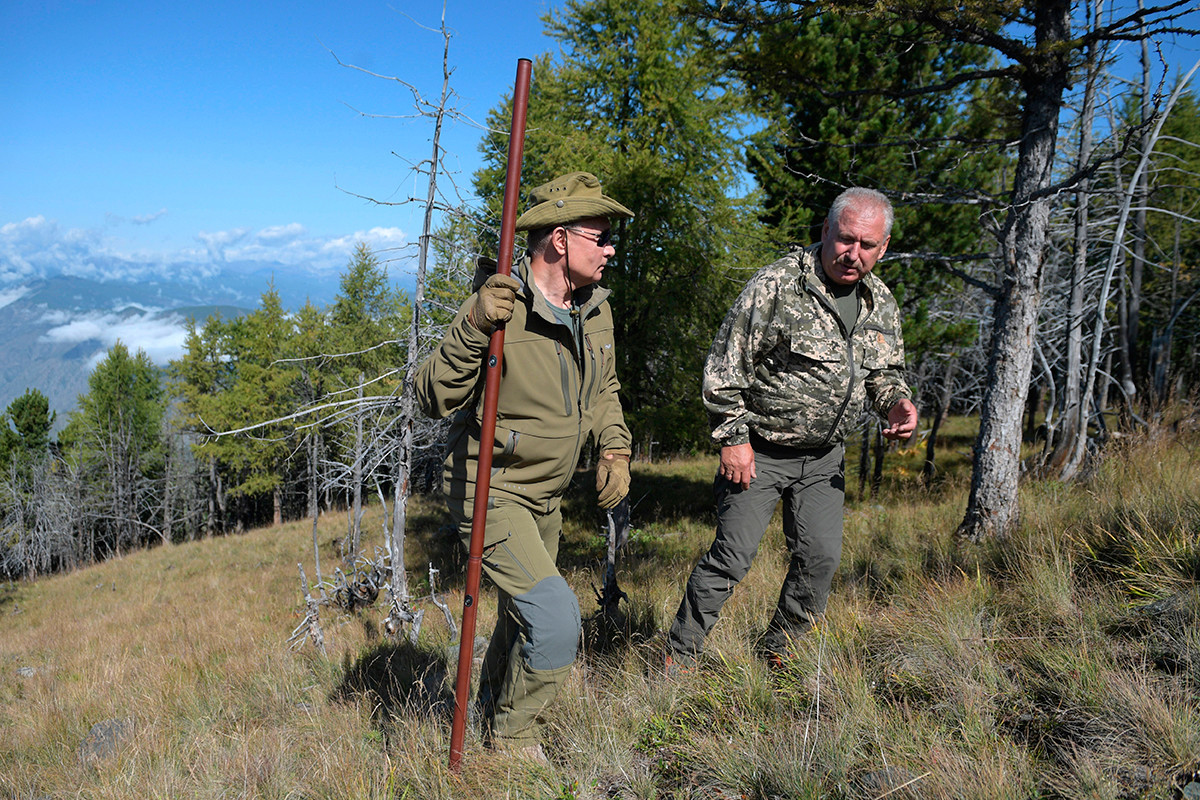 October 7, 2019. Russian President Vladimir Putin during a walk in the taiga

Just two days later that year, the president addressed the Council on Physical Education and Sports, where he shared stories from the trip.

“The [International] Walking Day, perhaps, was never spent this way. I had one the day before yesterday. I walked for nine kilometers in the mountains, the body still aches all over,” the president admitted.

Summit participation and congratulations from colleagues

Putin frequently celebrates his birthdays on work trips. This way, in 2002, on his 50th birthday, the president traveled to Chisinau for a CIS summit. The then Moldovan President Vladimir Voronin gave Putin a crystal crocodile, with the Russian president then inspecting some wine cellars and holding a celebratory lunch at the Russian embassy. 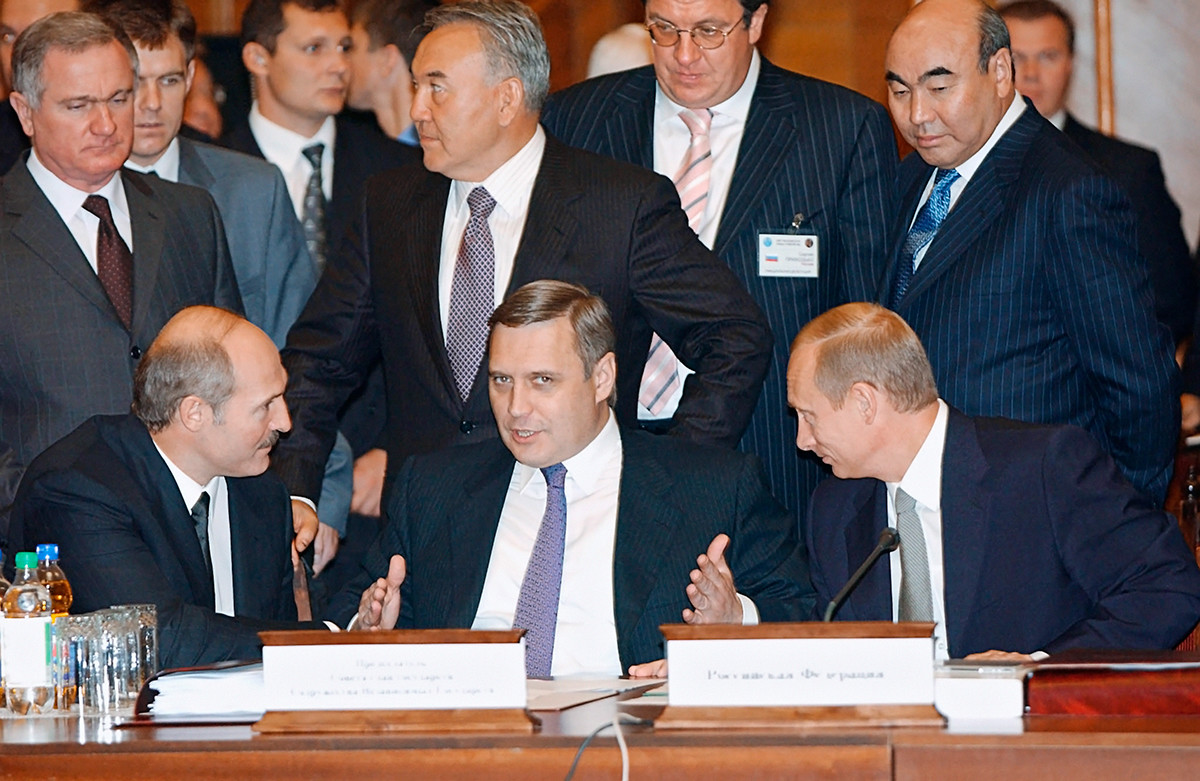 In 2002, on his 50th birthday, the president traveled to Chisinau for a CIS summit

In 2005, Putin attended a high-profile breakfast at the Konstantin Palace in St. Petersburg with the heads of Kyrgyzstan, Kazakhstan, Tajikistan and Uzbekistan, as part of the Central Asian Partnership. The Russian leader then personally gave his counterparts a ride to the press center in his black Mercedes, presented an award to a mechanic from Orenburg Region for single-handedly putting out a fire in a wheat field, before meeting then German Chancellor Gerhardt Schroeder.

In 2008, when Vladimir Putin held the post of Russian prime minister, the president celebrated in St. Petersburg. He was given a copy of the DVD ‘Learning Judo with Vladimir Putin’, while also taking part in the 77th Interpol General Assembly, surveying an anti-flood complex and visiting the film studio ‘RWS-Sankt-Peterburg’. An unnamed well-wisher gave Putin a two-month-old Siberian tiger named Masha. She was sent off to live in the ‘Safari Park’ in Gelendzhik. 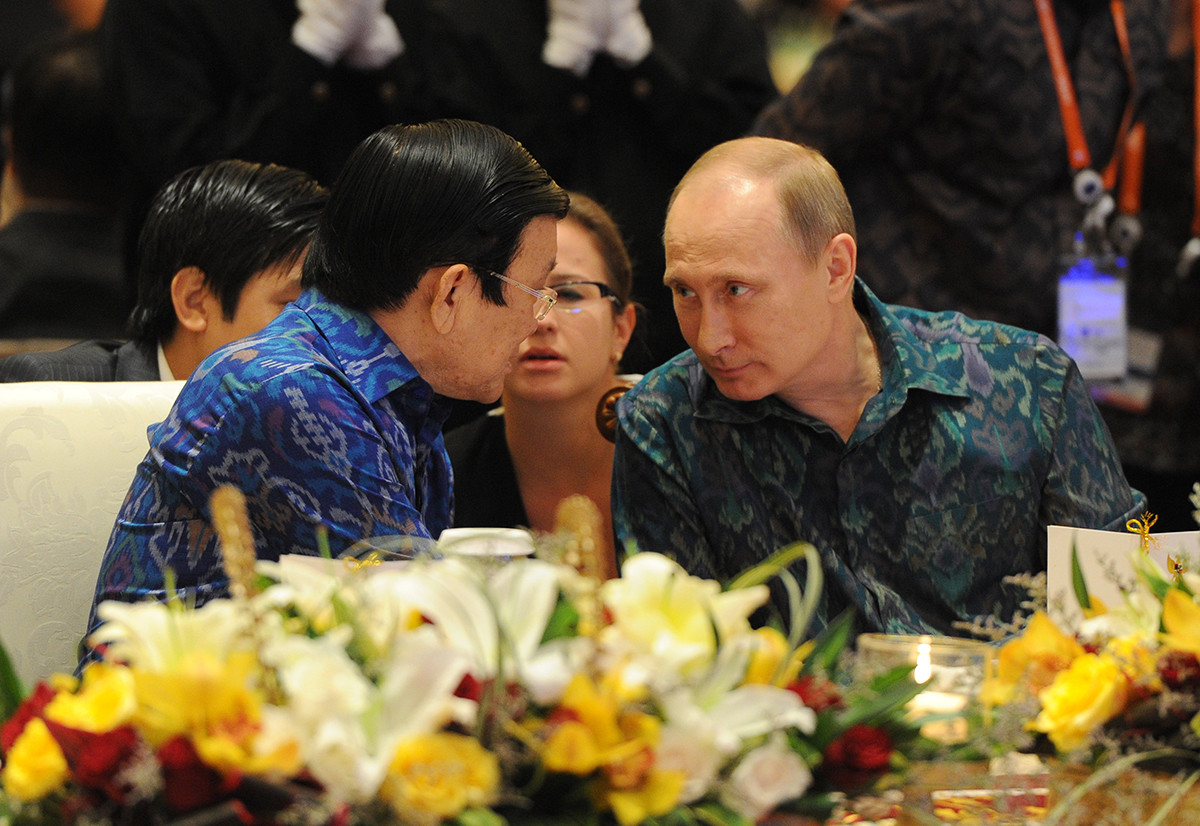 The most exoitc place the president ever spent his birthday was the APEC summit in Bali in 2013. On the evening of October 7, the president met with a Chinese delegation where the two sides “enjoyed a shot of vodka”, according to him. Japanese Prime Minister Shinzo Abe then gifted Putin a bottle of sake, with China’s Xi Jinping presenting a cake and Indonesian President Susilo Bambang Yudhoyono performing the Happy Birthday song accompanied by a guitar.

“We devoured it [the cake]. Everything was spontaneous, no banquet or dinner,” the Russian president remembered, admitting that the sake was not opened that day. “You think I was going to let myself go drinking? Thank God, I was able to keep myself in check. I think we’ll still get to the sake, but in Moscow.”

7 pucks and songs of eternal youth

In 2015, Putin celebrated his 63d birthday at a hockey rink in Sochi’s ‘Shayba’ sports palace. Russian singer Denis Maydanov then performed for the president, while hockey fans raised banners with the words “For faith, for the tsar!” and chanted “Happy birthday!” 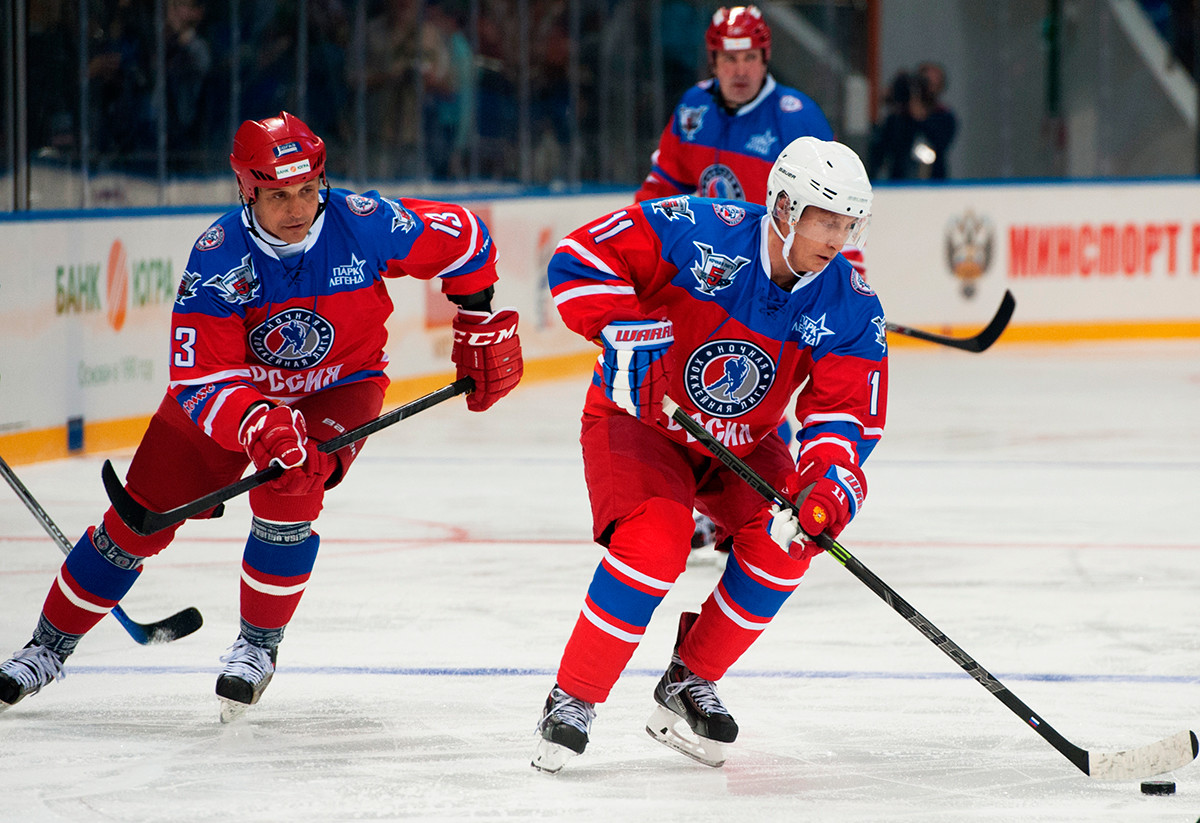 Putin played under number 11 for the ‘Zvezdy NHL’ (“Stars of the NHL”) team, which also boasted the minister of defense, as well as hockey legends Pavel Bure, Alexander Mogilny and Viacheslav Fetisov. 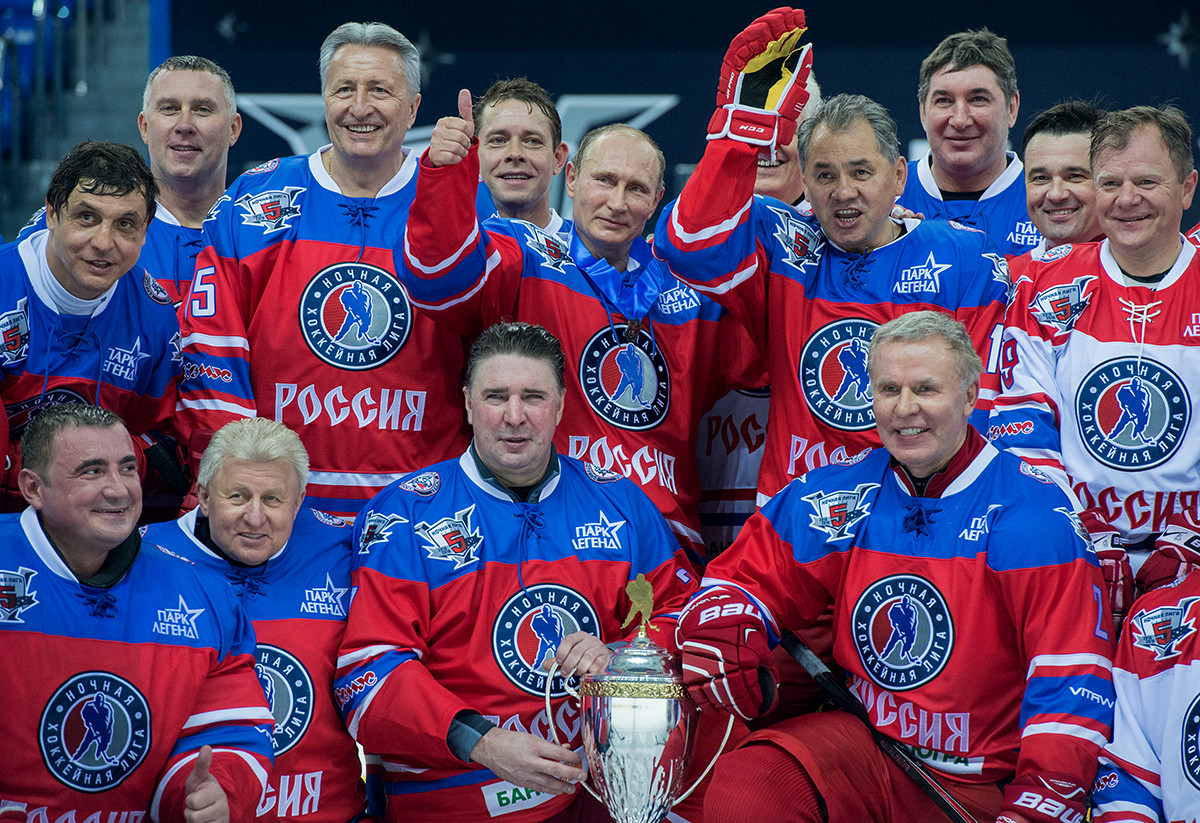 Russian President Vladimir Putin (center in the background) after the match

It gained victory over Russian businessmen with the ‘Sbornaya NHL’ (“The NHL Team”) with a score of 15:10. Seven of the pucks were scored by Putin himself.

“If I’m being honest, it’s not always that I even check the contents of the package, and I often pass them on to various storage spaces,” Putin said in an answer to a question about the kinds of gifts he likes to receive.

Nevertheless, other heads of state and politicians often present the Russian leader with various gifts. This way, Sergey Shoygu - who was still head of the Emergencies Ministry at the time - gave Putin a black labrador, Koni, while Turkmenistan President Gurganguly emerged with an alabay puppy, nicknamed ‘Verny’ (“faithful” in Russian), and the former mayor of Moscow Yury Luzhkov gave Putin a goat - ‘Skazka’ (“fairy tale”). 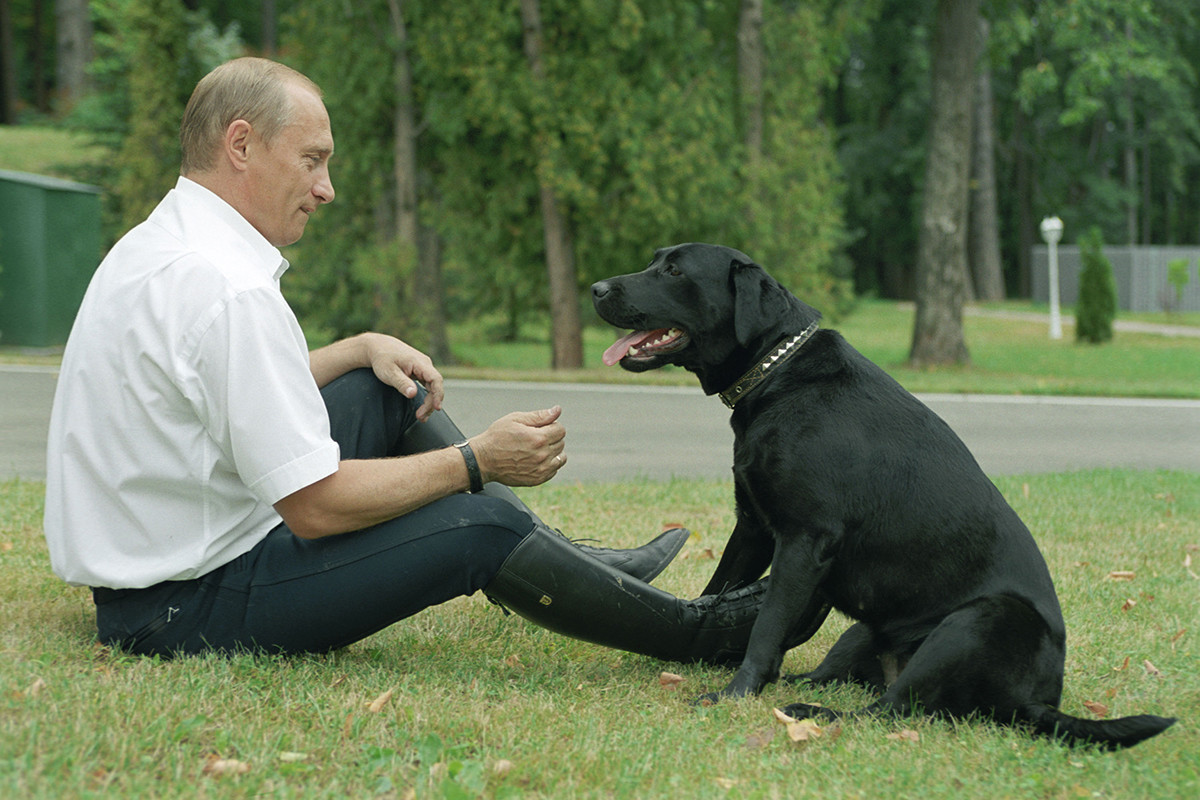 Putin with the dog Koni

In 2017, Silvio Berlusconi gave Putin a massive duvet cover with a gigantic photo of the Russian and Italian leader shaking hands with the St. Basil Cathedral and Coliseum in the background. 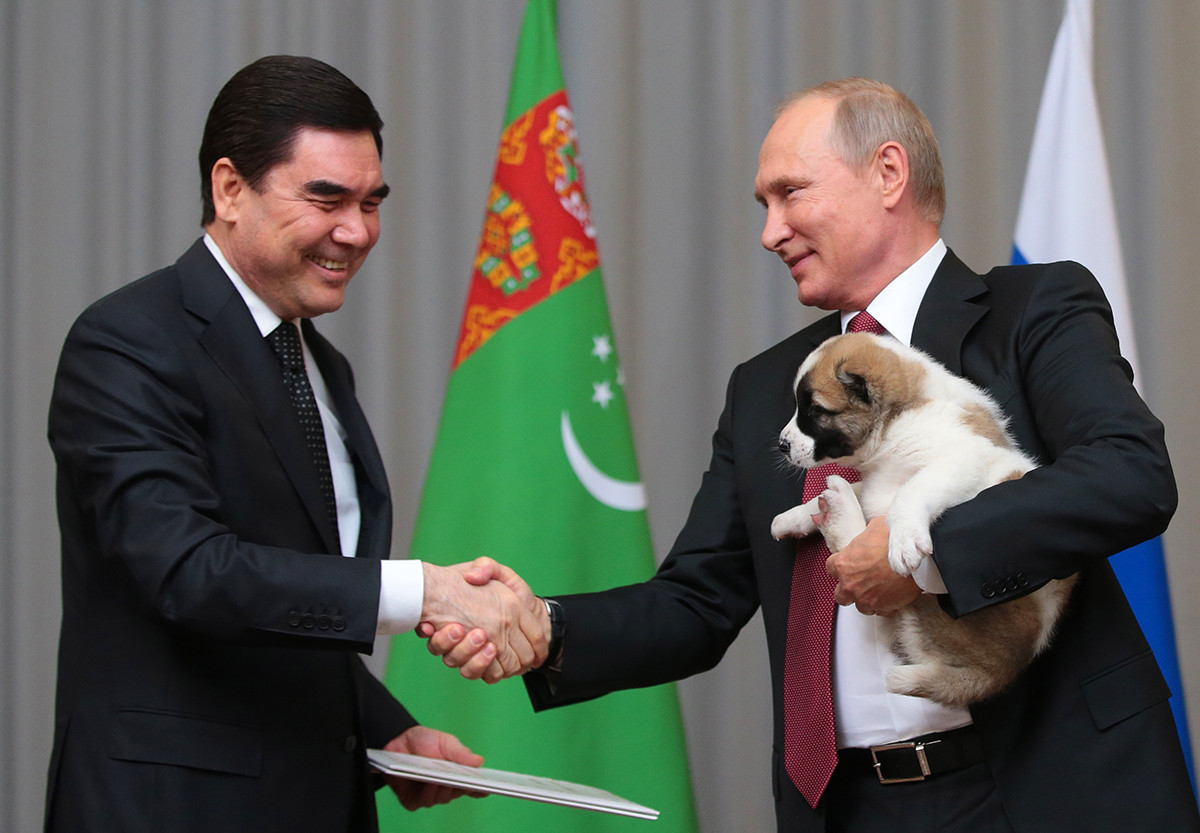 Unfortunately, Putin cannot accept every gift, according to protocol, Gazeta.ru writes. The president can only keep something valued at no more than 10,000 rubles (approx. $132), the rest is automatically appropriated by the government and sent for storage in a special museum in the Kremlin.