The most EXTREME sites in Russia for a photo shoot (PHOTOS) 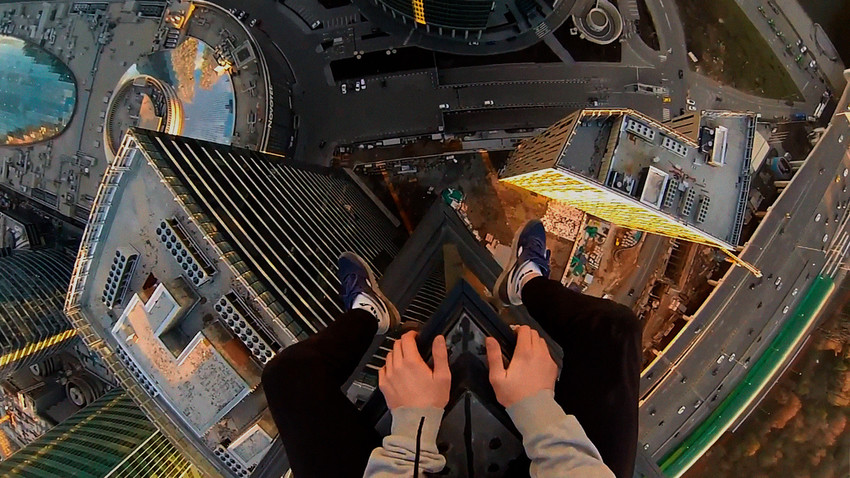 Grisha Nero/youtube.com/
Getting to these places is an adventure in itself! Some of them are dangerous and pose a threat to life and you’ll need to bypass security to get to others. 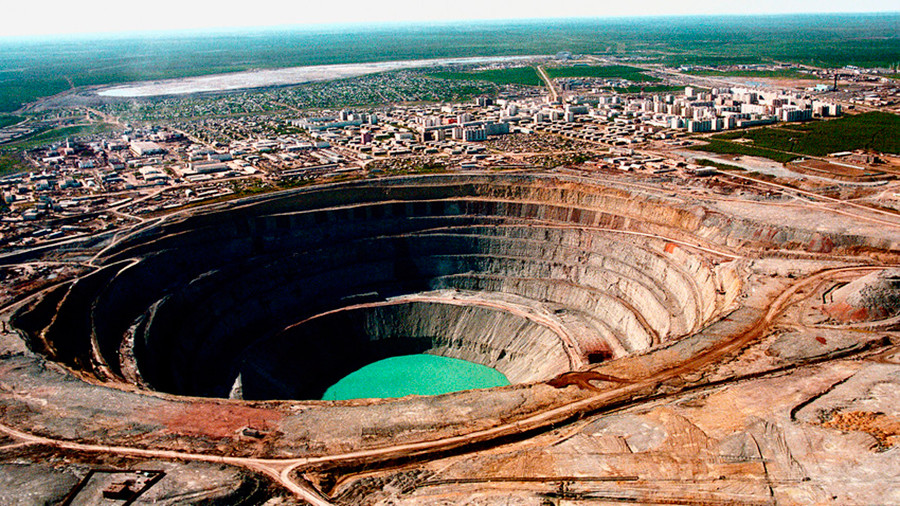 The incredibly large hole in the ground next to the small town of Mirny is a diamond quarry, no less. This man-made abyss, 525 meters deep and 1.2 kilometers across, is mind boggling. The quarry is located in Russia’s biggest and most deserted region - Yakutia - and is the main “attraction” in the area. The quarry is so big that it is clearly visible from space.

“It gives the impression of something in outer space. It is located on the outskirts of the town, so when you look into the quarry, you think to yourself: If the sides of the quarry ever began to collapse, the whole town would disappear into the ground,” Yevgeny from St. Petersburg says, having paid a visit there. In actual fact, there is no danger of the quarry collapsing. It even has a viewing platform for taking spectacular photos from the edge of the precipice. 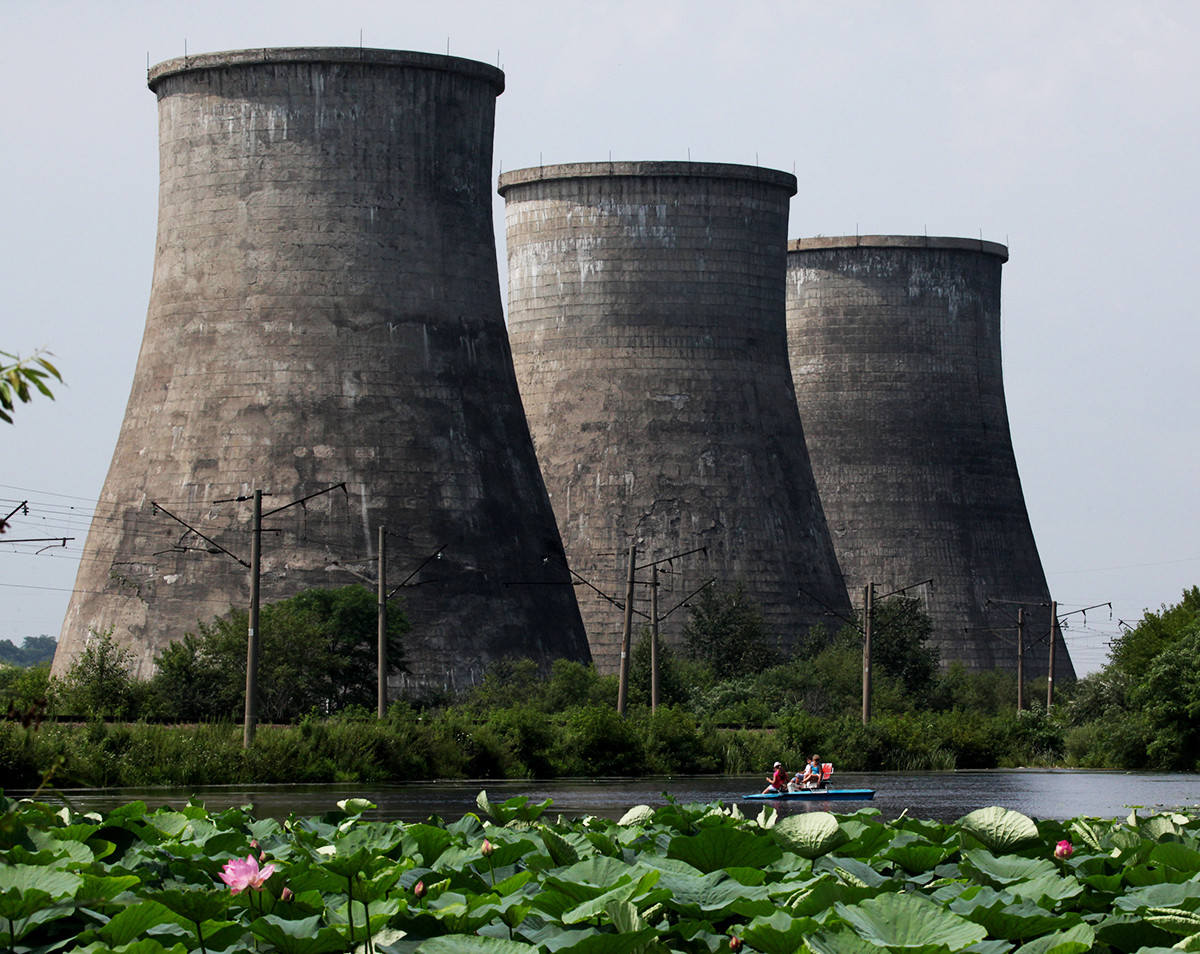 Not everyone would risk going inside an abandoned cooling tower (a tower for cooling water at thermal power plants). It is simply dangerous. One such cooling tower can be found at the Artyom combined heat and power plant in Maritime Territory. The plant itself is not abandoned and has functioning cooling towers, too.

There is an access ladder leading to the summit that, owing to the curve of the cooling tower, seems to curve back on itself at the top. The height of the cooling tower is 55 meters and there are ledges and platforms at the top. Climbing to the top is not for the faint-hearted, but enthusiasts of urban tourism and dramatic photos do manage to get inside. To get in, there’s a slope leading down; as is to be expected, access is closed, but people always find ways of getting in.

This strategic grain storage facility in Tula Region, which was run by Gosreserv, the Federal Agency for State Reserves, was closed down, because it became too old and too expensive to maintain. Until then, it had been used, hypothetically speaking, as a big grain sack for a rainy day - in case the country ran out of grain. 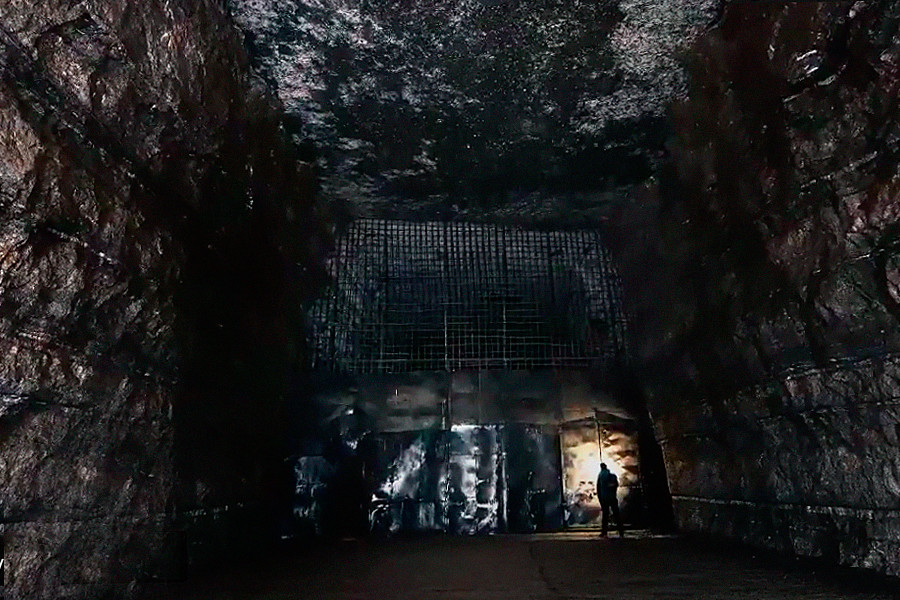 The storage facility is a whole underground city covering an area of 126,000 square meters. It consists of endless tunnels that are so long that a torch beam can’t reach the furthest walls. “As we were going down the shaft, I shone down from time to time but the beam from my torch wouldn’t reach the bottom,” recalls Aleksandr, a photographer and explorer of abandoned sites.

The former grain storage facility has guards who regularly go round the site. On the website, would-be “stalkers” are warned: “If you are spotted, the police will immediately be called.”

The vivid turquoise lake on the outskirts of Novosibrsk has become popular as a location resembling (if viewed from the right angle) an upmarket tourist resort in the Maldives. There is a huge BUT, however: It would be awful to end up in the water. 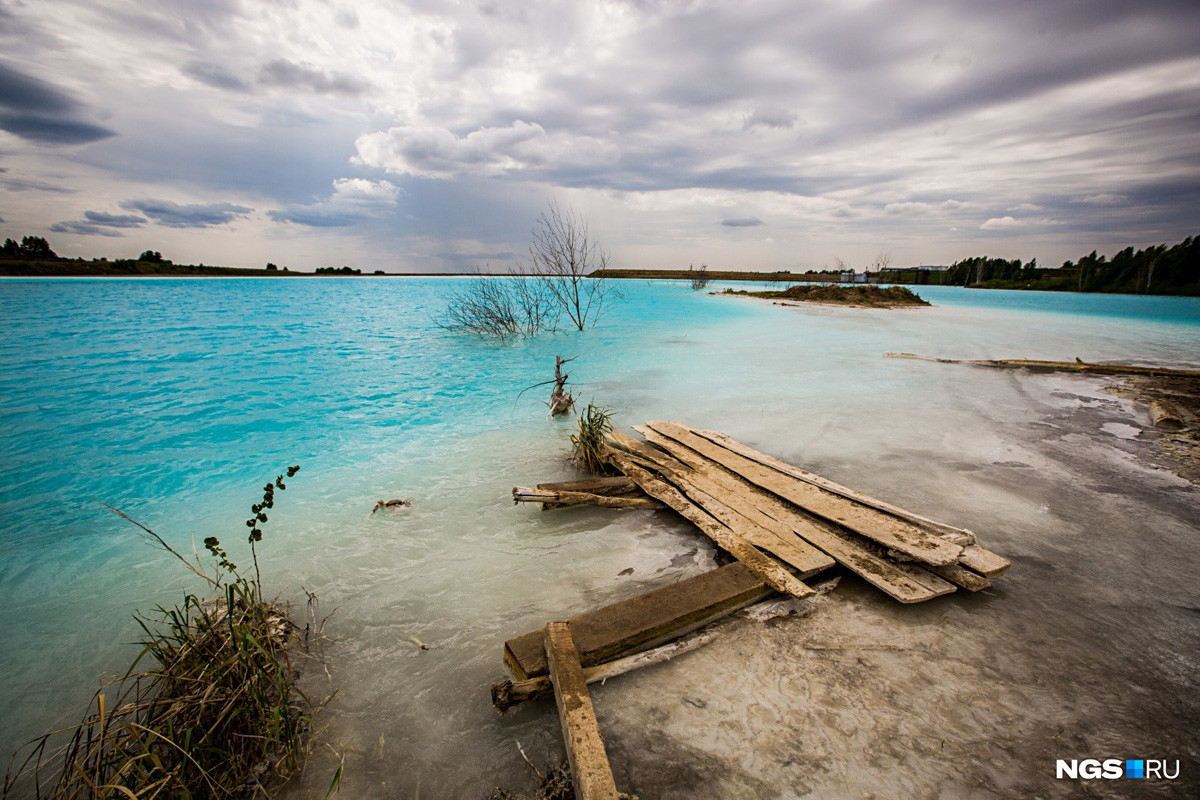 “When you drive up to the lake there is a very strong smell of laundry detergent or caustic soda. When you walk down to it there is no smell, but you naturally have no desire to touch the water. You can feel that it’s not a safe place,” according to local journalist Mikhail Reshetnikov. 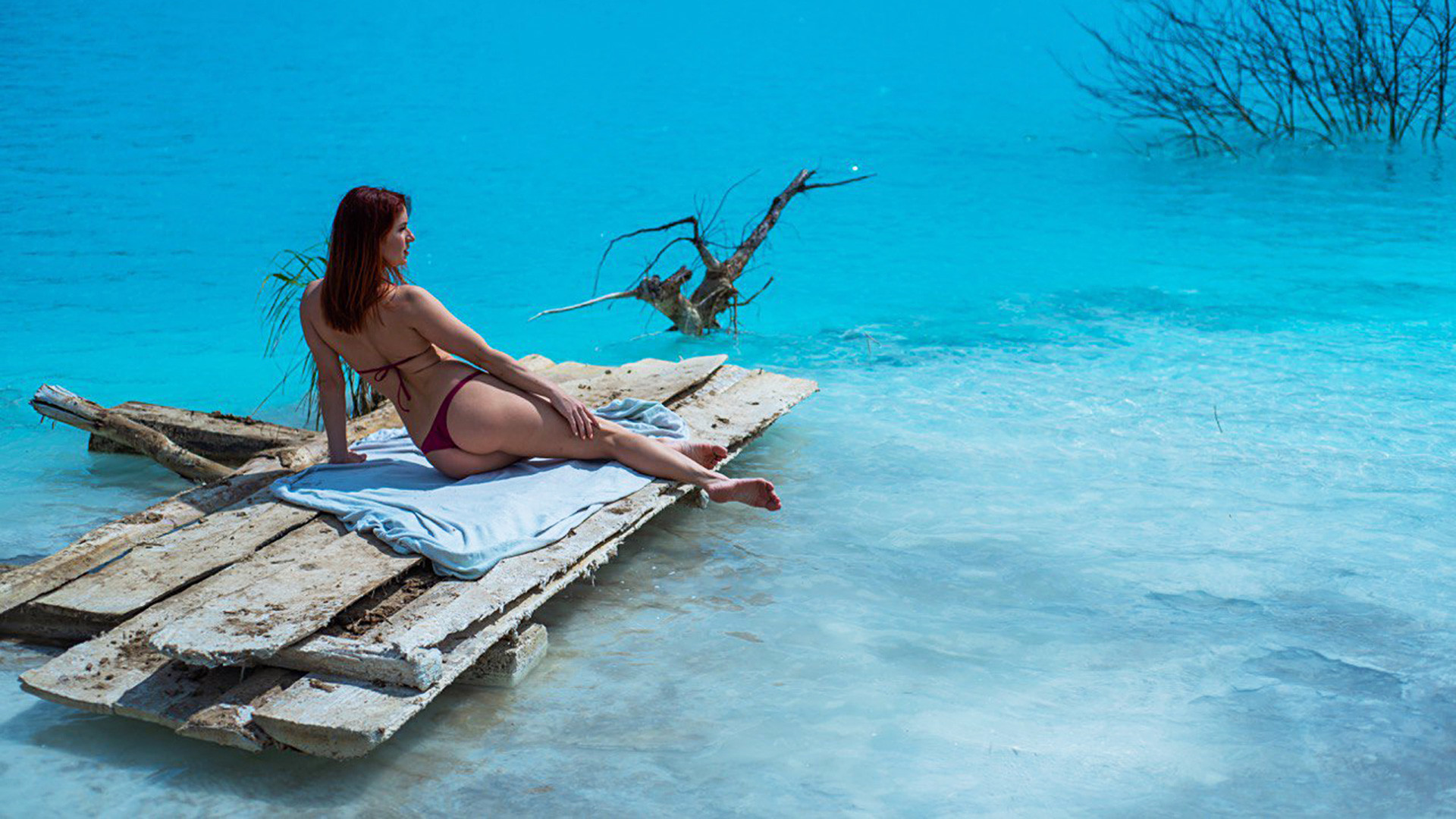 In actual fact, it is the ash dump of the local thermoelectric power station and the azure color of the water is the result of the fortuitous combination of the water depth and its chemical makeup. Skin contact with the water can cause an allergic reaction and it is practically impossible to get out of the artificial pond unaided, because of the excessively sludgy bottom. 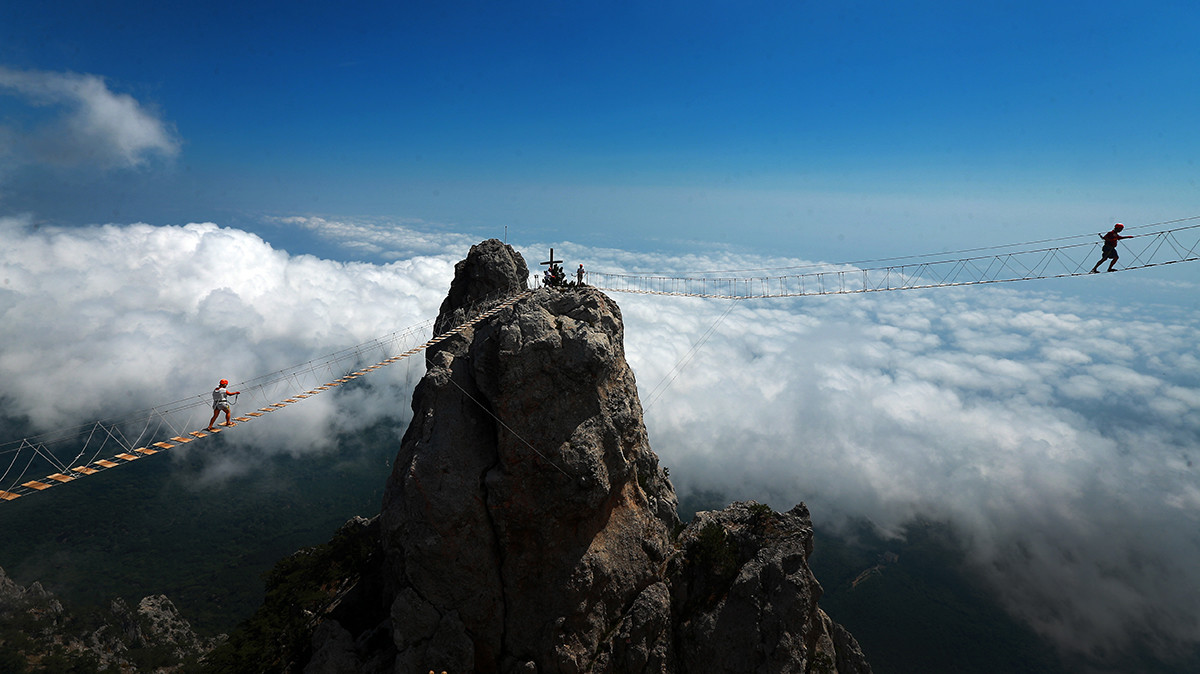 Mount Ai-Petri is one of the most visited tourist destinations in Crimea, but this does not make it any less exotic. A cable car with one of the longest unsupported spans in Europe goes to the top. And there is also a suspended cable bridge for pedestrian access to the Ai-Petri rock pinnacles. And despite the fact that it is an official tourist site, many visitors find it a hazardous venture.

“You get an awesome view from the top, of course, but I was prevented from enjoying it by a sense of self-preservation: There is only a cable serving as a barrier, and the rocks are worn and slippery in places,” according to Natalya from Yekaterinburg.

A sulphuric acid lake in Kamchatka 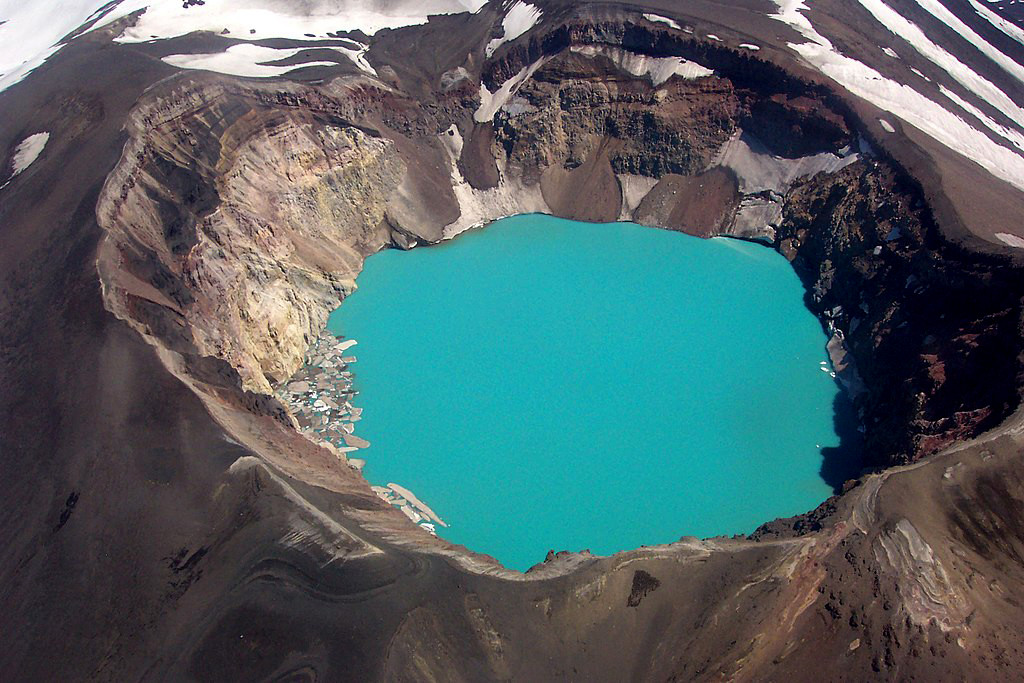 Kamchatka has so many wild places for spectacular photos that they could form a list of their own. But the absolute number one spot belongs to the scary Maly Semyachik volcano with its crater containing an acid lake. There is a complete absence of any living thing in it because of the water’s deadly chemical compound.

You can only get down to the lake from the north side and it is essential to use a rope for support. Or you have to fly in by helicopter. 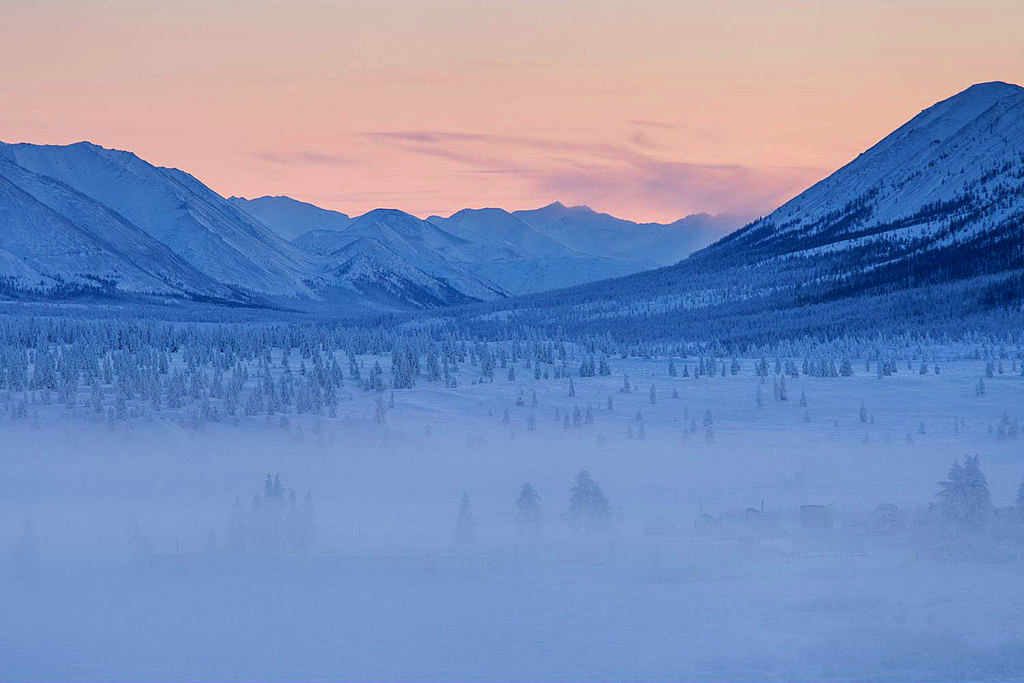 This village in eastern Yakutia is the most inhospitable locality with a human population. In winter, the temperature falls to -50°/-60°C (-58°/-76°F). The extreme temperature is actually the main point of interest in these parts! Every visitor to Oymyakon gets immediately coated in a particular kind of “makeup” and the locals’ favorite “display” for tourists is to roll around naked in the snow.

In other words, you’ll be guaranteed some striking pics! 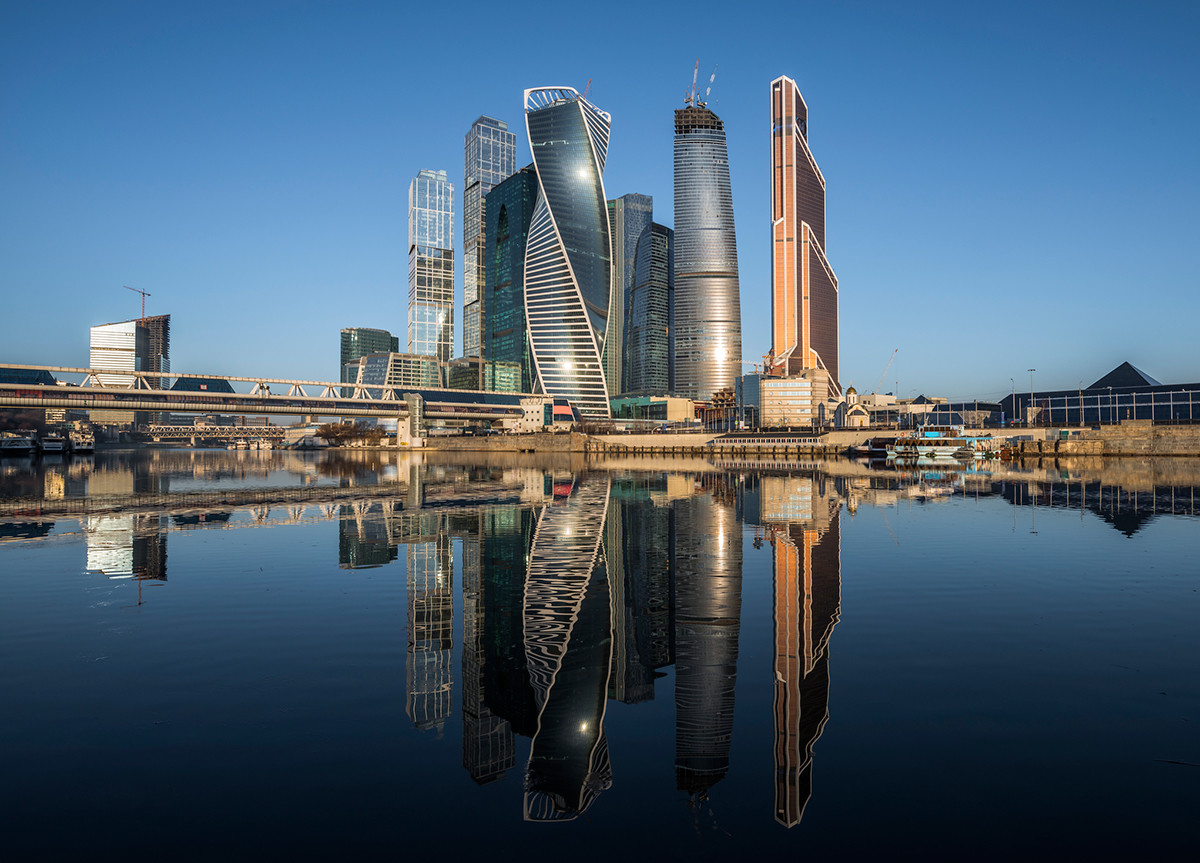 The skyscrapers of the Moscow City business district are among the tallest in Europe and you can visit the rooftops by buying a special entry ticket. They are all in excess of 200 meters in height. The most “extreme” of the roofs, with its glass barriers, is on top of Evolution Tower - 300 meters above the ground! However, the highest is the roof of the OKO residential tower (at 354.2 meters).