Why do Russians lay fresh flowers at monuments? 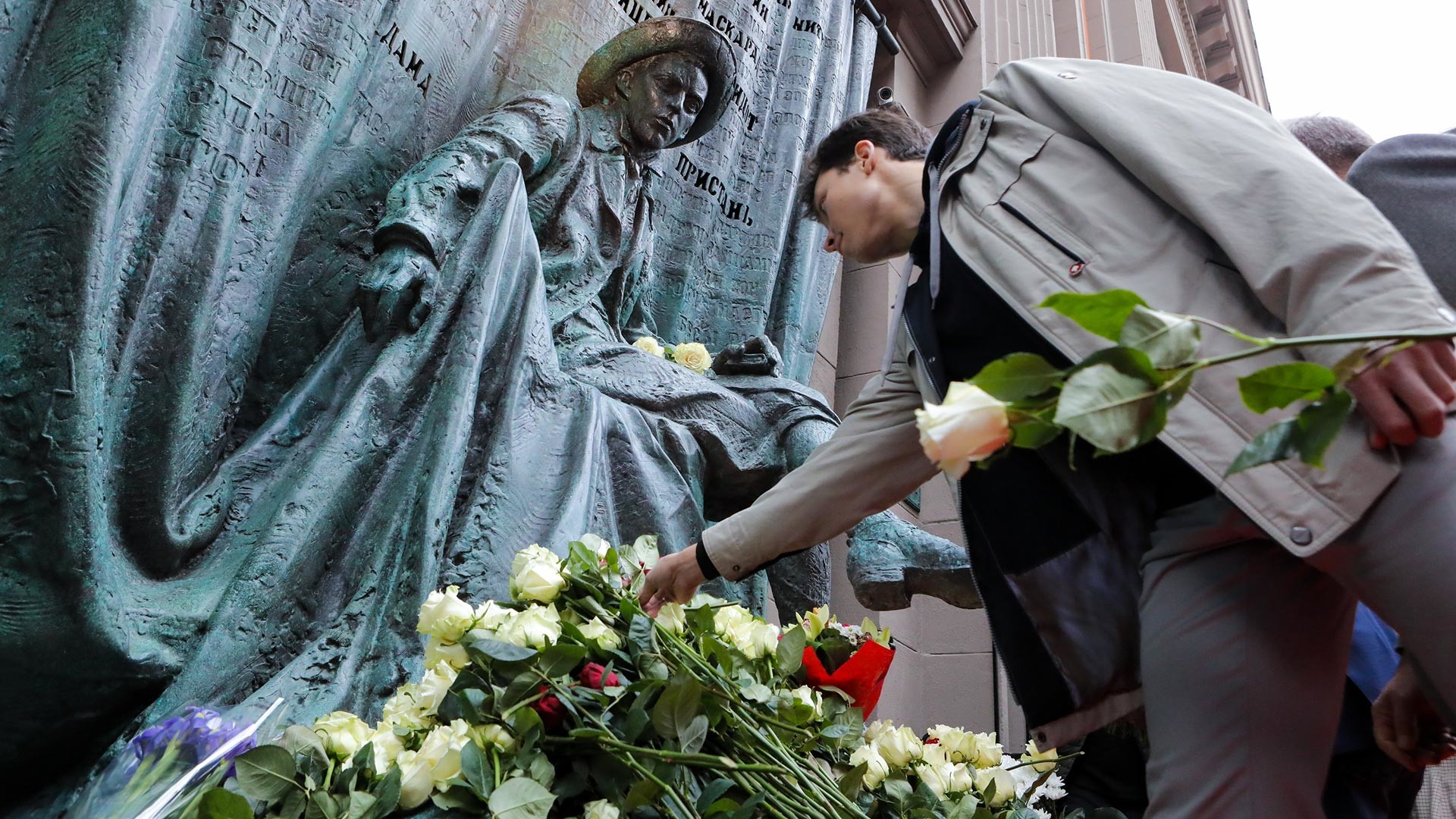 Sofia Sandurskaya/Moskva agency
Monuments to writers, scientists, poets and many other historical figures in Russia are often seen surrounded by a whole bunch of fresh flowers. But who puts them there and why? 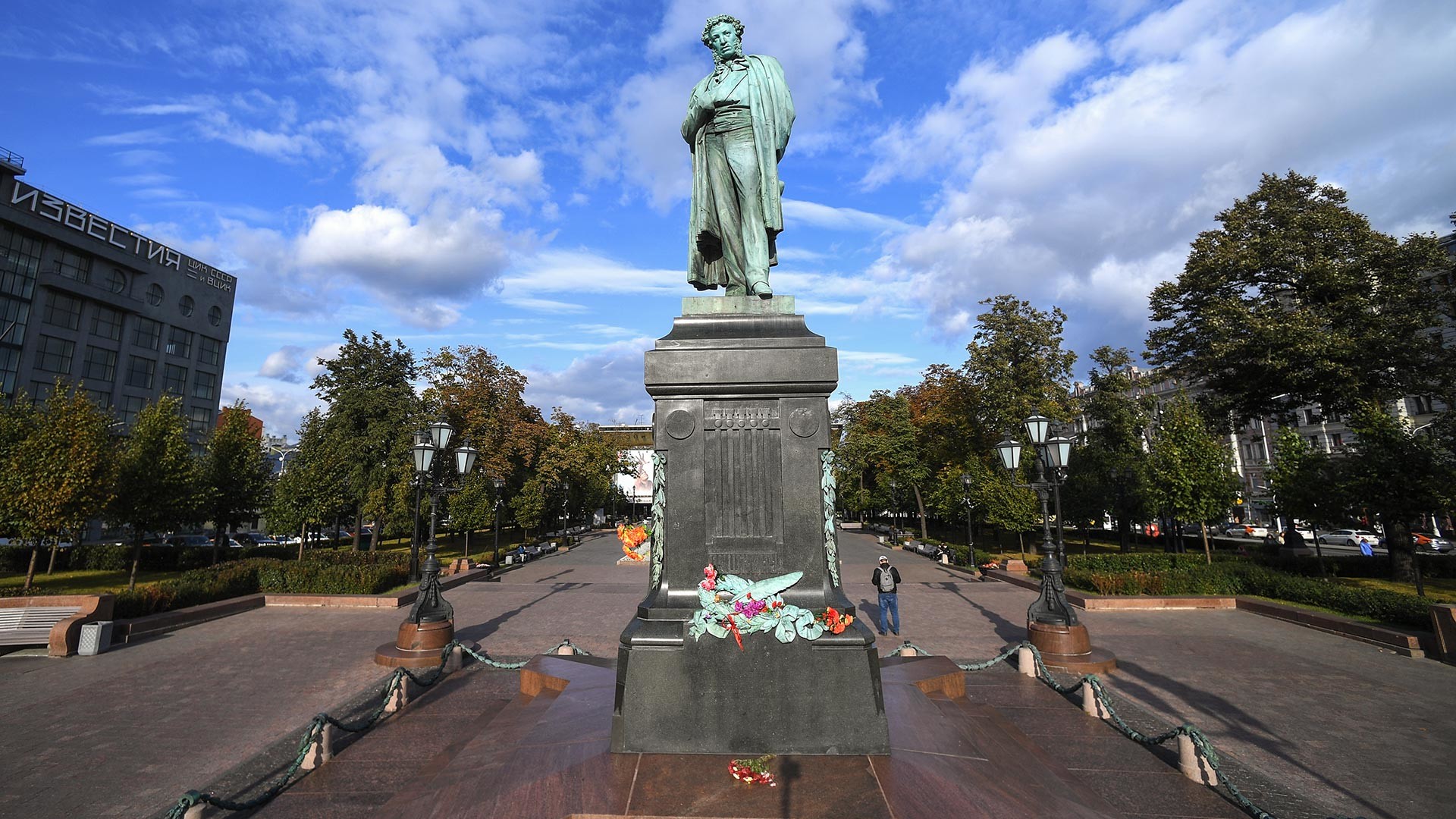 The monument to one of Russia’s most beloved poets, Aleksandr Pushkin, stands in downtown Moscow. Officially, flowers are laid there only on state holidays, but you can spot pretty bouquets and wreaths at the monument practically the whole year round, despite the fact that it’s an ordinary monument, just as you get on any urban square in Russia. 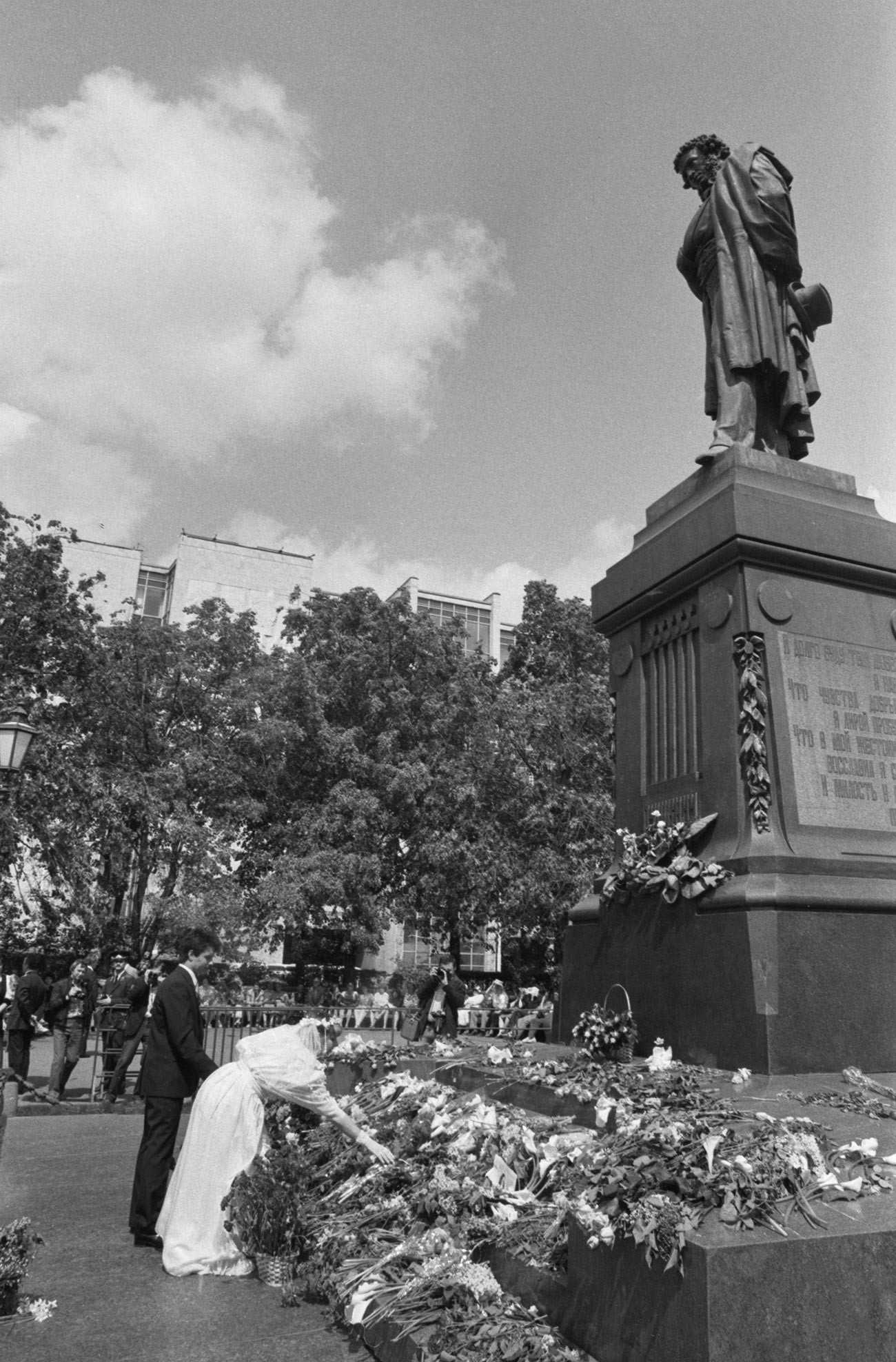 The tradition is observed for all famous poets, musicians, as well as for war memorials. But where does it come from?

In actuality, the tradition of laying fresh flowers at graves and memorials exists in many countries. In the Christian tradition, flowers symbolize the hope for eternal life and a living memory of those that have passed. Artificial flowers can only be seen on those graves that are not visited very often, as they do not require tending to.

It is also a Russian tradition to only lay an even number of flowers at graves, which symbolizes the finality of life. The look of the flowers also matters. For instance, in the case of a young woman, pale lilies are laid; for friends - chrysanthemes; for those having died tragically - burgundy roses; and for members of the military, cloves are laid. Coniferous trees are also seen at graves, such as spruce, juniper or pine.

It was only in Soviet times, however, that people started to lay flowers at monuments that do not act as graves. For example, as a sign of national gratitude for the promise of a brighter future - as in the case with the father of the 1917 Russian Revolution, Vladimir Lenin. Such monuments exist practically in every Russian city to this day. 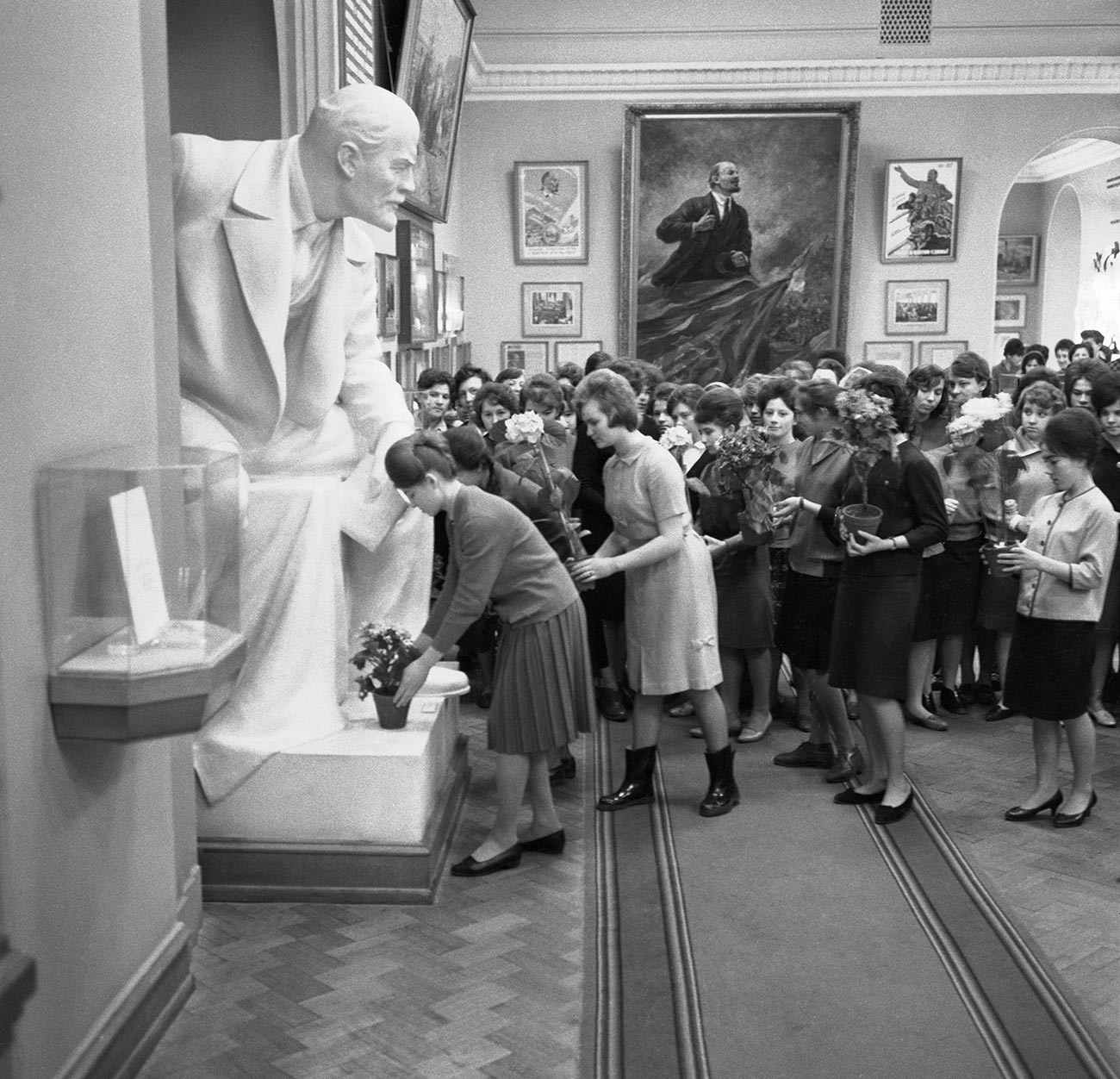 After the Great Patriotic War (World War II), the USSR installed a great many war memorials. Traditionally, Russians lay wreaths and cloves at the graves of the soldiers who fought for the Motherland. 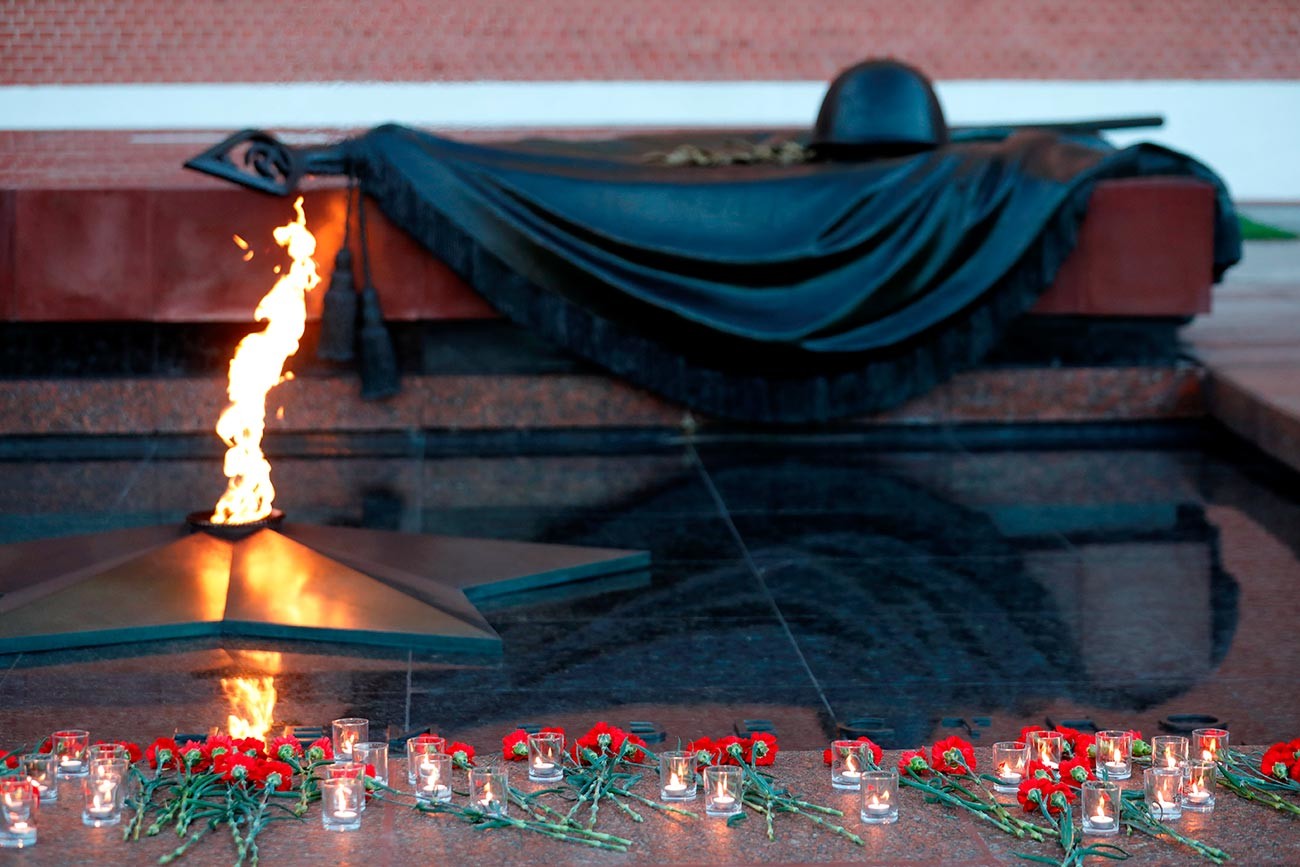 Grave of the unknown soldier monument in Moscow.

The wreaths are often seen containing red or burgundy roses, which symbolize spilt blood. Pink or orange flowers are normally avoided in funeral bouquets. White and red clove combinations, however, are often used.

Interestingly, this Soviet ritual of showing up at monuments with flowers does not only apply to state holidays, but is also performed during official ceremonies. For example, during visits by foreign delegations, which partake in the ceremony. 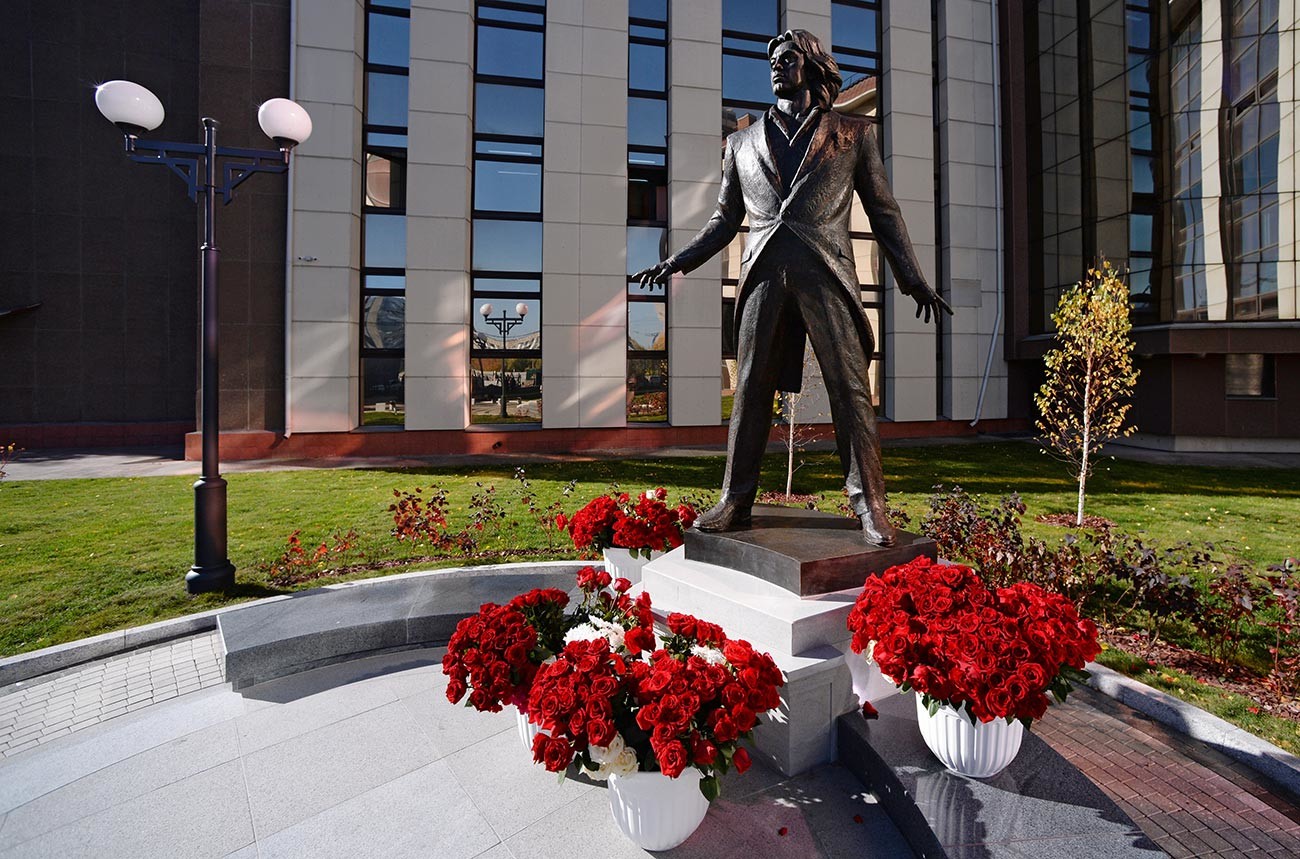 A monument to the opera singer Dmitry Khvorostovsky in Krasnoyarsk.

Moreover, even some newlyweds practice the tradition: having exchanged signatures at the matrimonial office (or “palace”, as we say), and before everyone heads off for a wedding feast, the newlyweds head to a war memorial in their city to pay their respects. 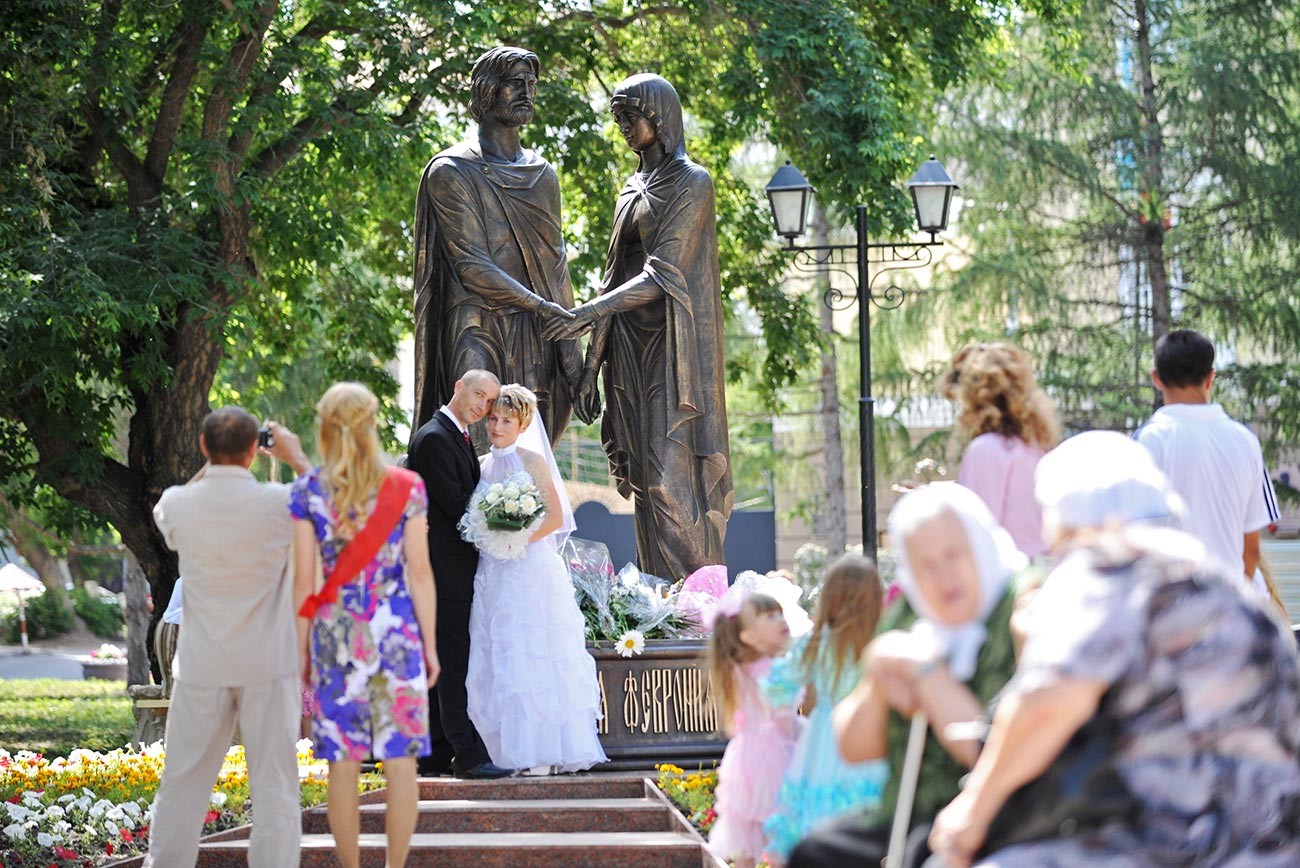 Newlyweds take photos at the Peter and Fevronia statues in Omsk.

In Moscow, you often see people heading to Poklonnaya Gora, or the Pushkin monument in Aleksandrovsky Sad, as well as Stary Arbat Street. 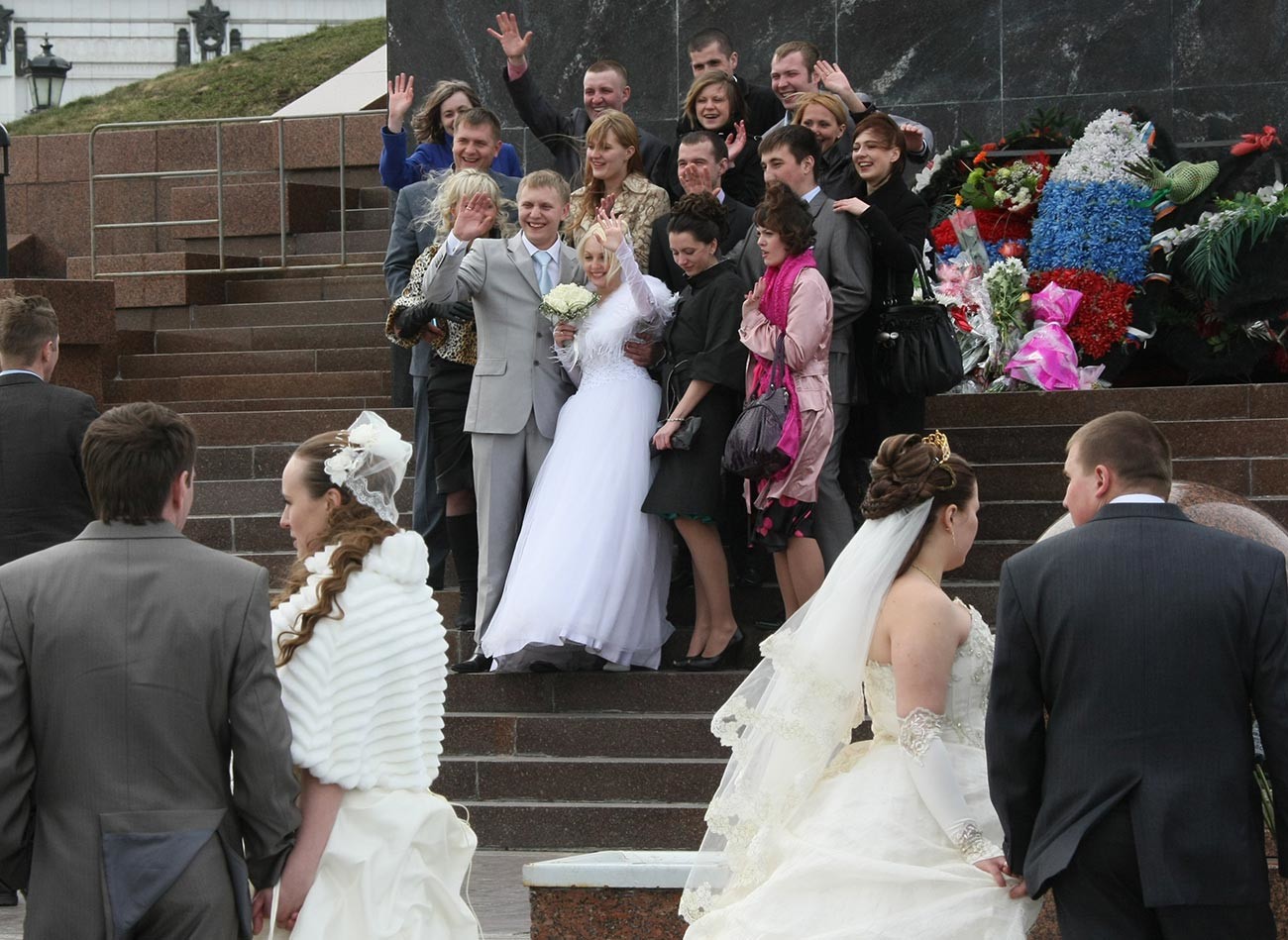 Regions, meanwhile, have their own customs: aside from war memorials, the people there often visit monuments to famous residents - poets, writers and the like. 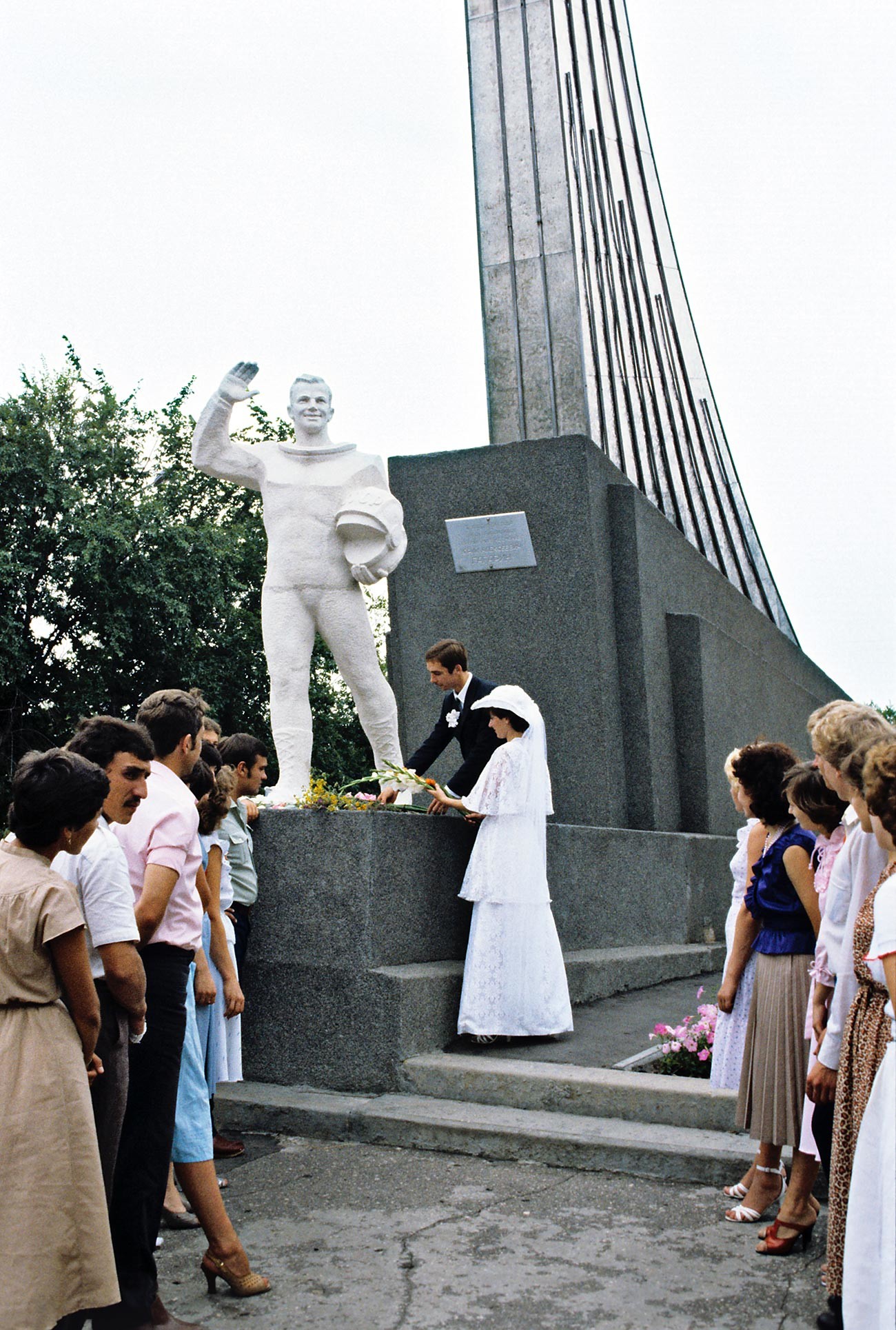 At the Gagarin monument, which is the site of his landing, Soviet times.

The Caucasus is no exception

In predominantly Muslim regions of Russia, flowers - as well as the construction of monuments to people - are not appropriate. Nonetheless, the Caucasus, as well as Tatarstan and Bashkortostan, often lay flowers at memorials on special occasions. 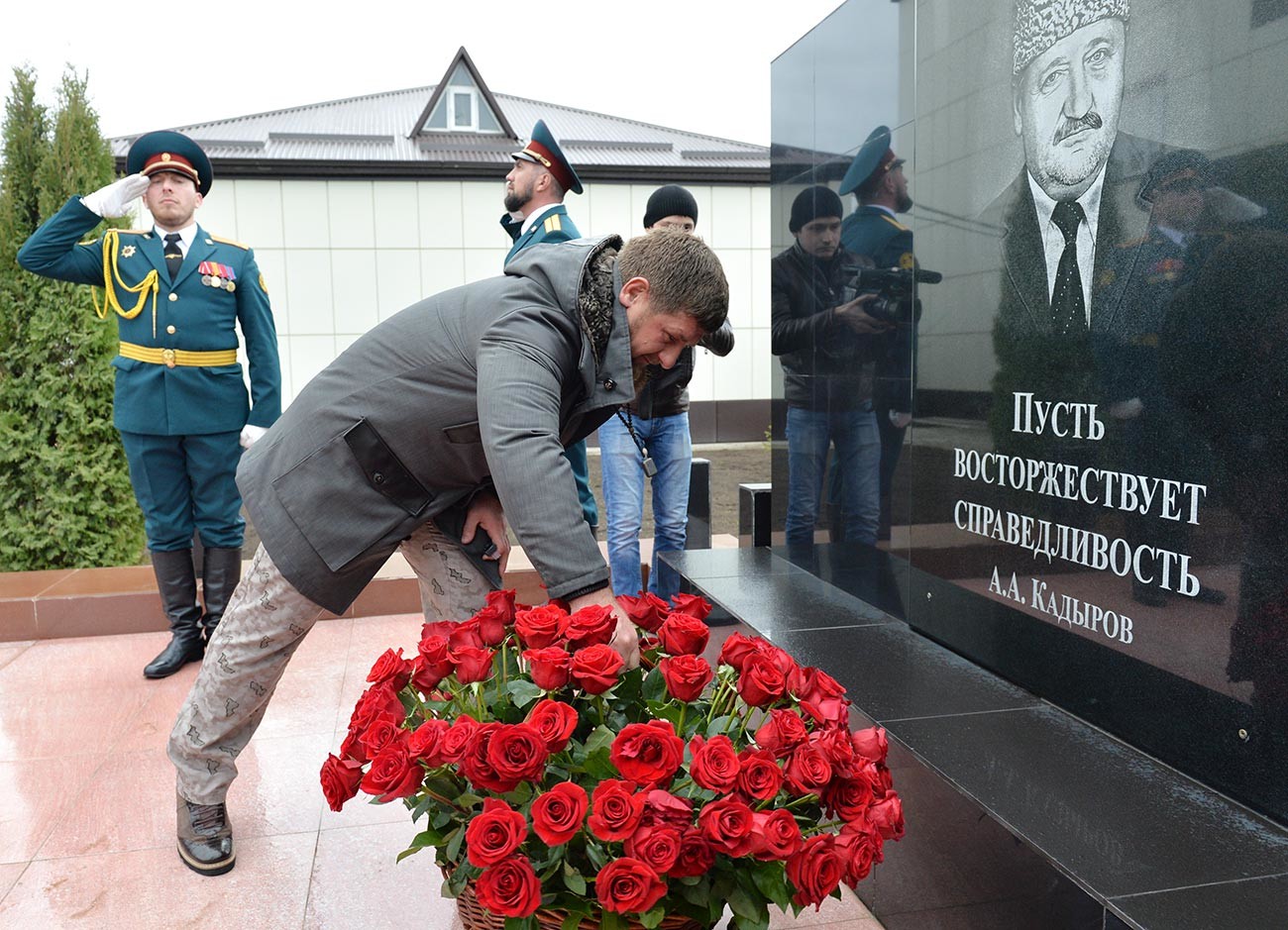 The traditions formed in Soviet times, and remain to this day. Senior research fellow at the Russian Academy of Sciences, Mikhail Roschin, explains why.

“A lot had changed in Soviet times, with Islam having been put on the sidelines in the late 1920s. Therefore, the installation of monuments and the custom of laying flowers gained salience in the Northern Caucasus,” Roschin notes, adding that separating this Soviet tradition from regional culture has become practically impossible.