6 of the best Russian war memorials 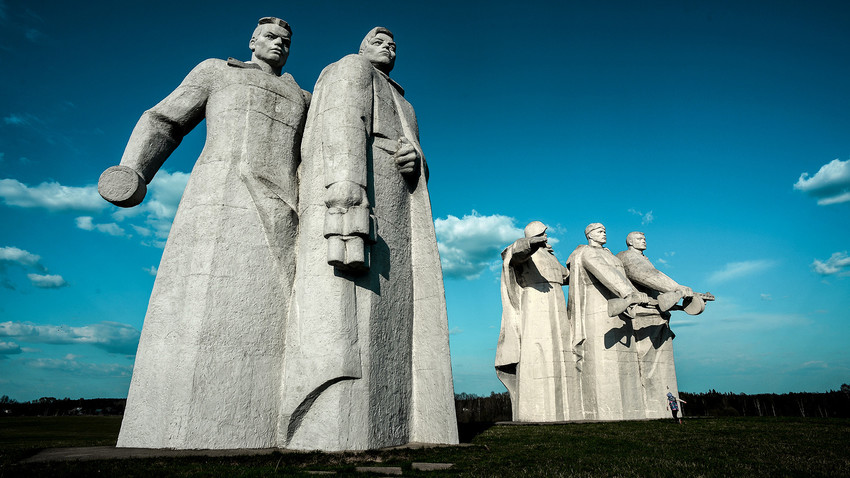 Vladimir Sergeev/Sputnik
The Soviet Union - and Russia - spared no money to commemorate victory in WWII. Some of the monuments are so huge and grandiose they can compete with modern skyscrapers. 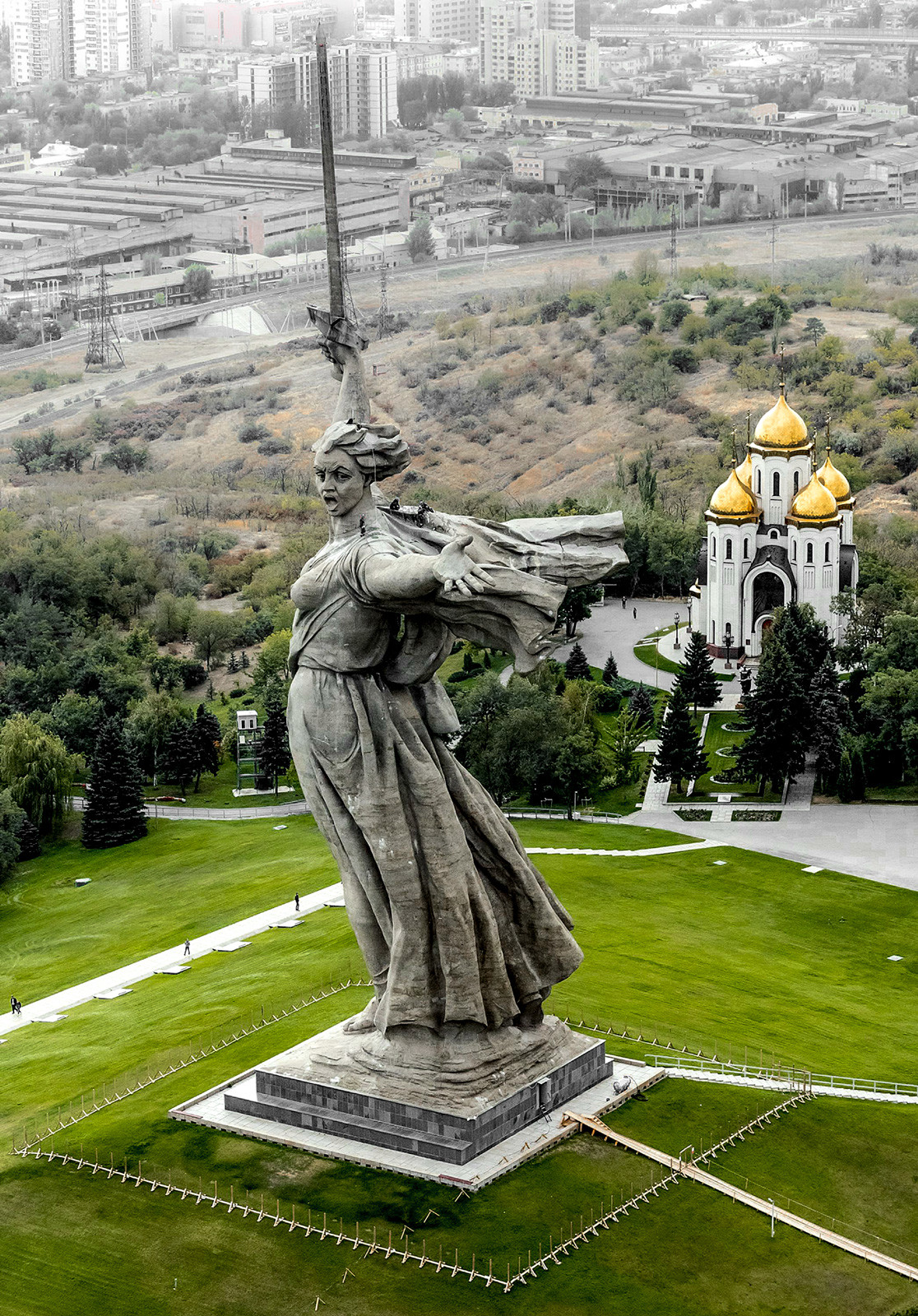 This is definitely the most famous WWII monument in Russia. Rising to nearly 280 feet, The Motherland Calls in Volgograd (formerly Stalingrad) is the tallest statue in Europe and one of the highest in the world.

The statue is a part of the vast Mamayev Kurgan complex covering the heights above the river Volga. Here, during the Battle of Stalingrad, German and Red Army troops engaged in frantic clashes, changing the course of the whole war. More than 35,000 Soviet soldiers are buried here in a mass grave.

2. The Panfilov Heroes (The Moscow Region) 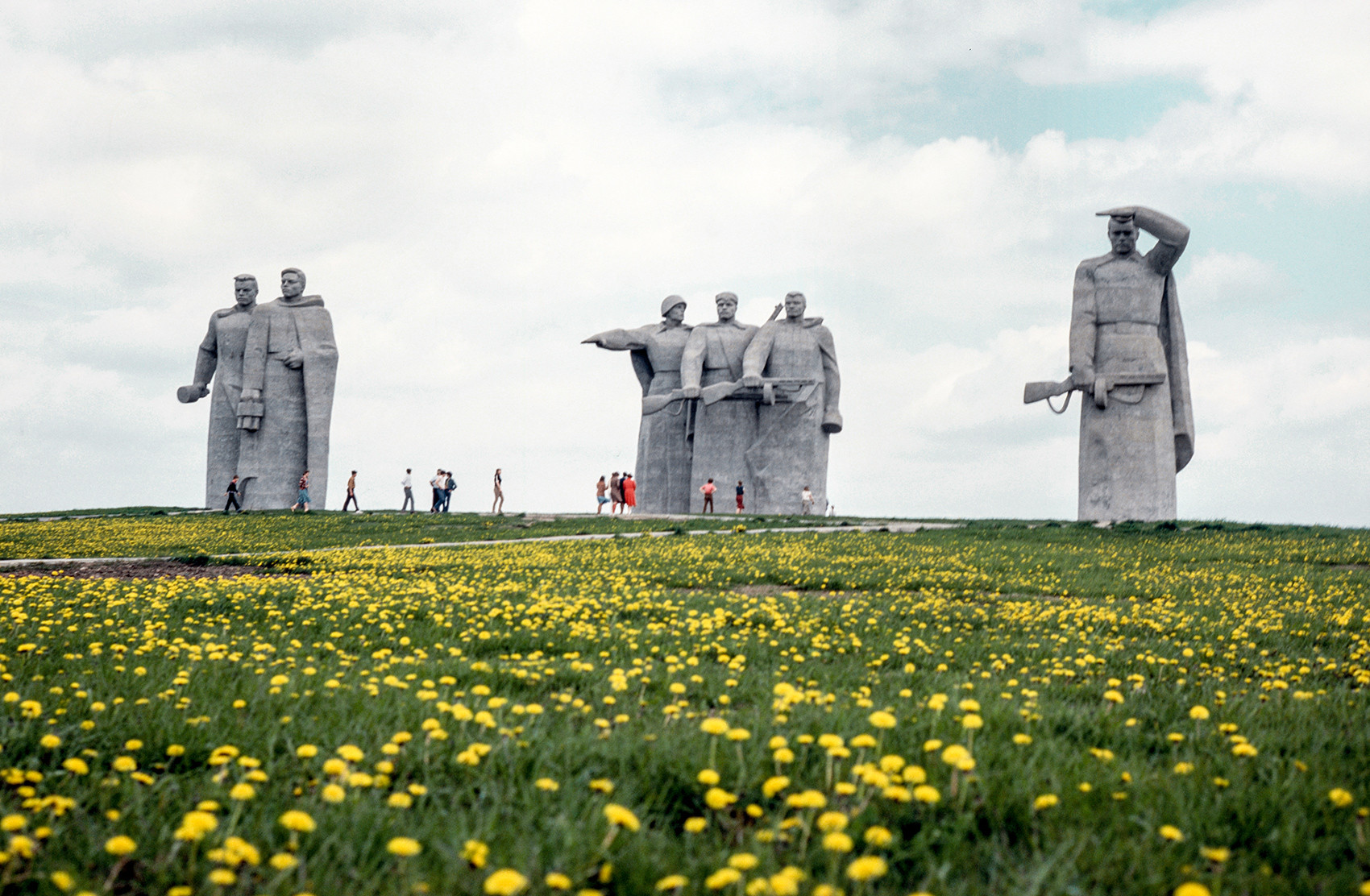 In an open field near the village of Dubosekovo (60 miles from Moscow) one can find a monumental complex devoted to the so-called 28 Panfilov heroes. Six 32 feet-high sculptures glorify the deeds of troops from the 316th Rifle Division who served under the command of Major General Ivan Panfilov.

On the 16th November 1941, during the German offensive on Moscow,  28 soldiers from this unit took out 18 enemy tanks in four hours of intense fighting. It is believed that the famous phrase “Russia is a vast land, yet there is nowhere to retreat – Moscow is behind us!” was born here - spoken by one of the Panfilov soldiers. 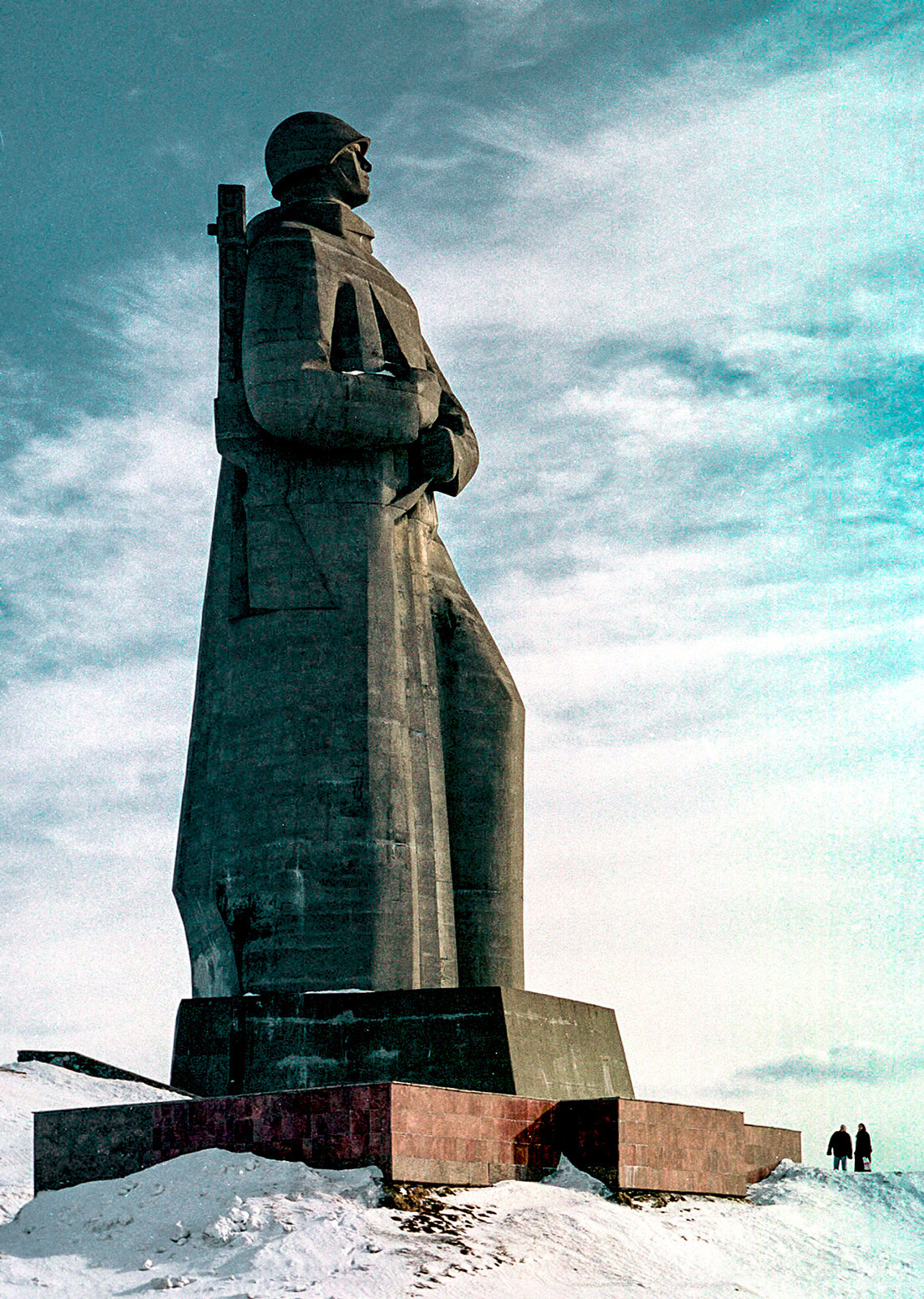 The monument Defenders of the Soviet Arctic during the Great Patriotic War - better known as Alyosha celebrates the defense of Murmansk during WWII. As a result of the long and exhausting clashes in 1941-1942, Soviet troops thwarted joint German-Finnish armies to capture this important Soviet northern port-city.

The square with this 115 feet-high monument is beloved by locals and visitors to the city alike, since here they can enjoy remarkable views over Murmansk. 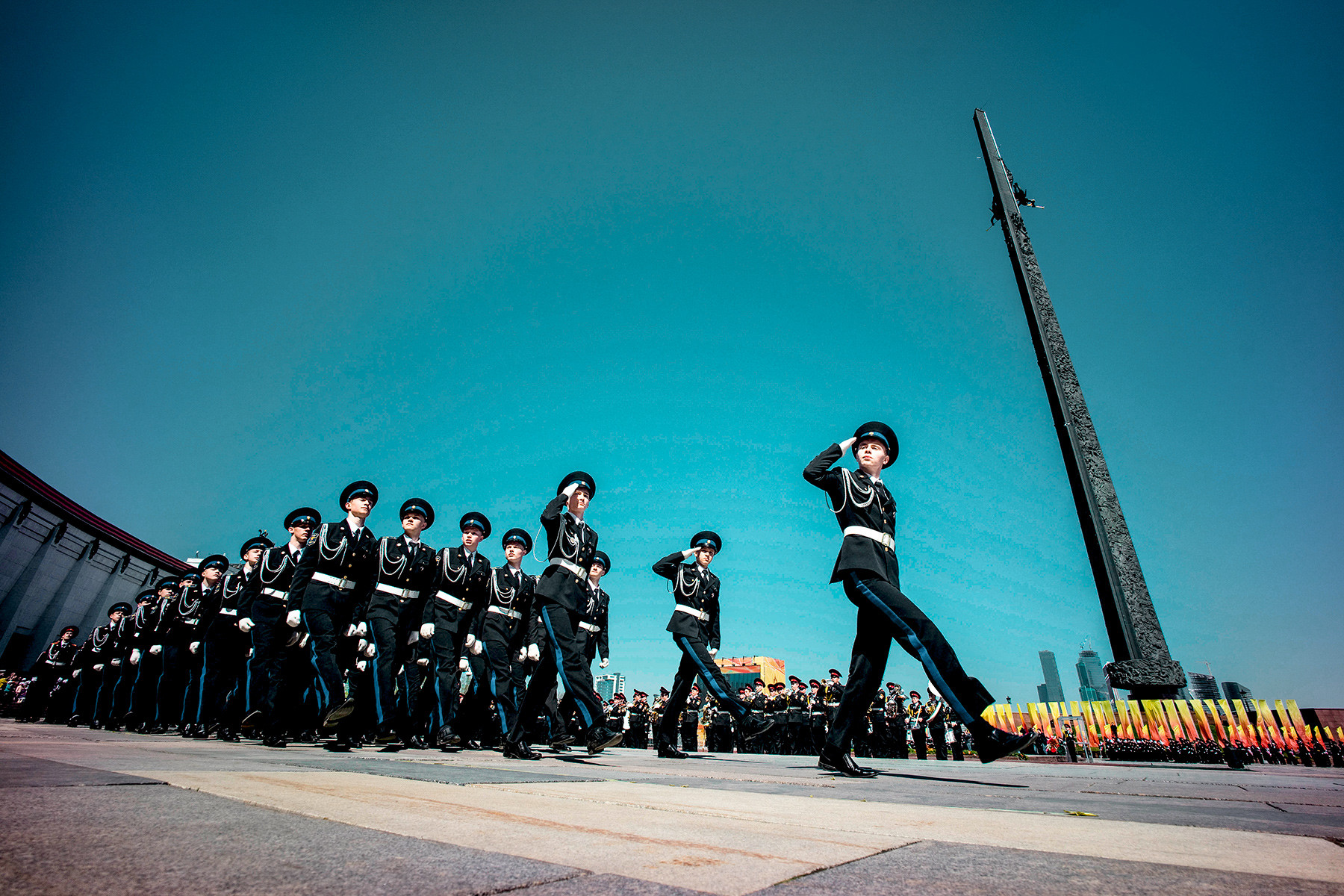 At a height of 465 feet, this is the tallest monument in Russia. The number (in meters, 141.8) is not random. The Great Patriotic war - as WWII is known in Russia - between the Soviet Union and Nazi Germany, lasted 1,418 days.

On the top of the obelisk one can see a sculpture of Nike, the Greek goddess of victory, and two heralds, sounding victory.

Victory Monument is a part of the huge complex, devoted to victory in WWII. One of the largest in the world, it contains a church, mosque, synagogue, museum, fountains and numerous monuments. 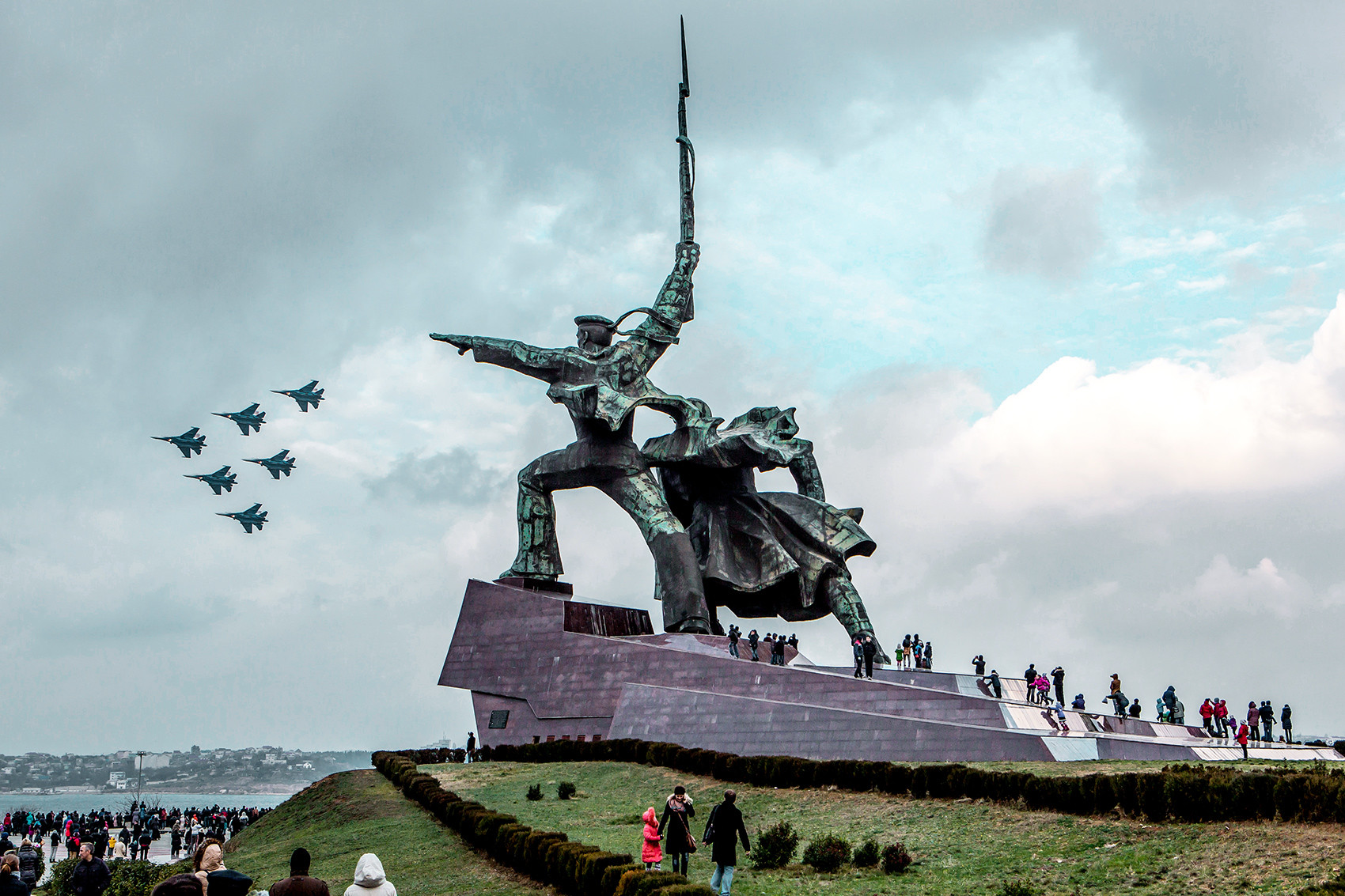 This was a work in progress for nearly 35 years, with many revisions and even the suggestion that it be canceled entirely. It was only in 2008 that the grandiose 131 feet-high monument saw the light of the day.

The Soldier and Sailor Monument records the liberation of Sevastopol and the Crimean peninsula from German and Romanian troops in 1944, during which the Red Army lost over 17,000 men. 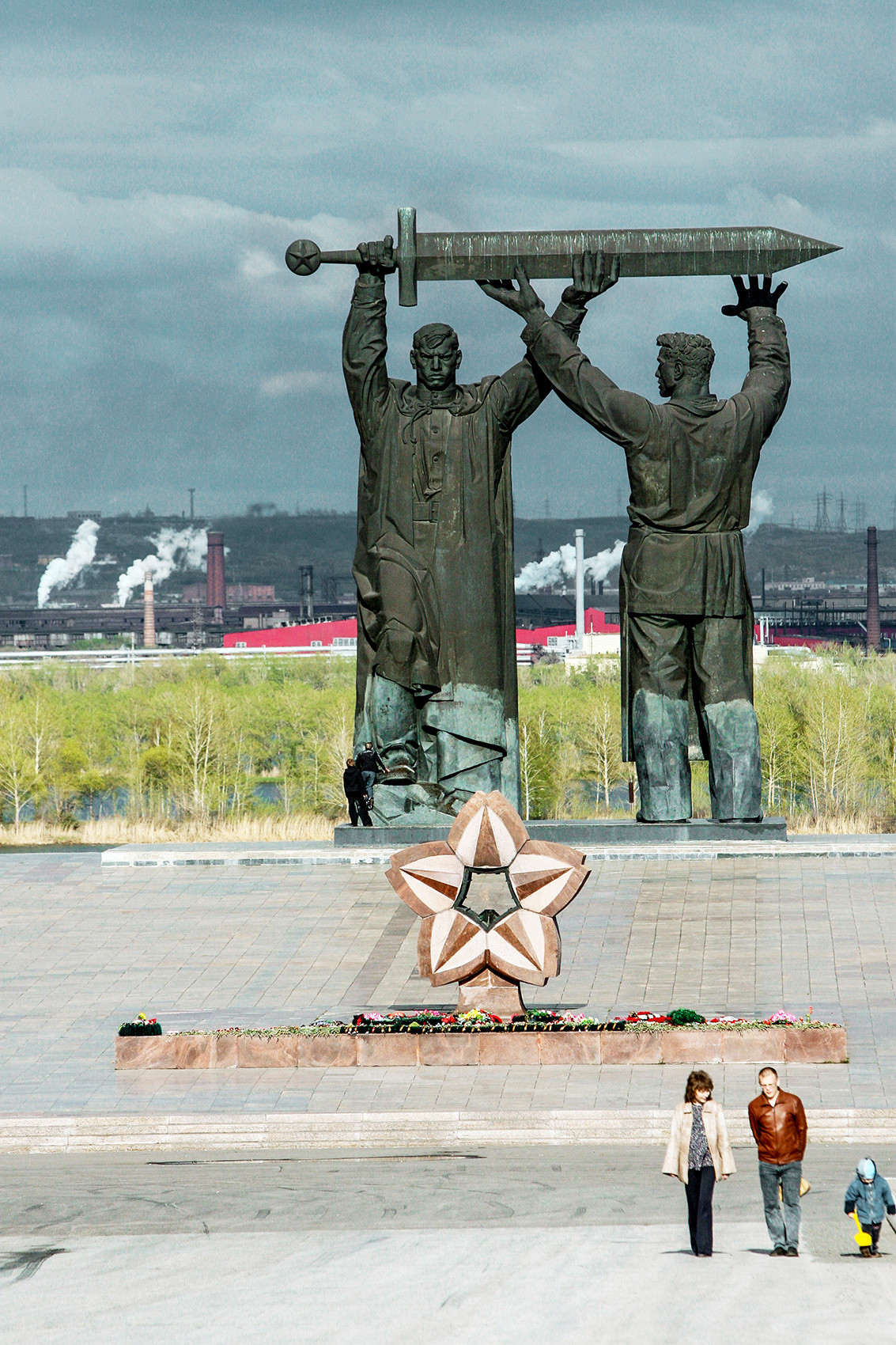 Magnitogorsk in the Southern Urals was far from the frontlines during WWII, but its industrial potential made a considerable contribution to victory. The 50 feet-tall monument Home Front is devoted to those who worked for victory behind the lines.

Read more about the most impressive Soviet war memorials outside Russia.