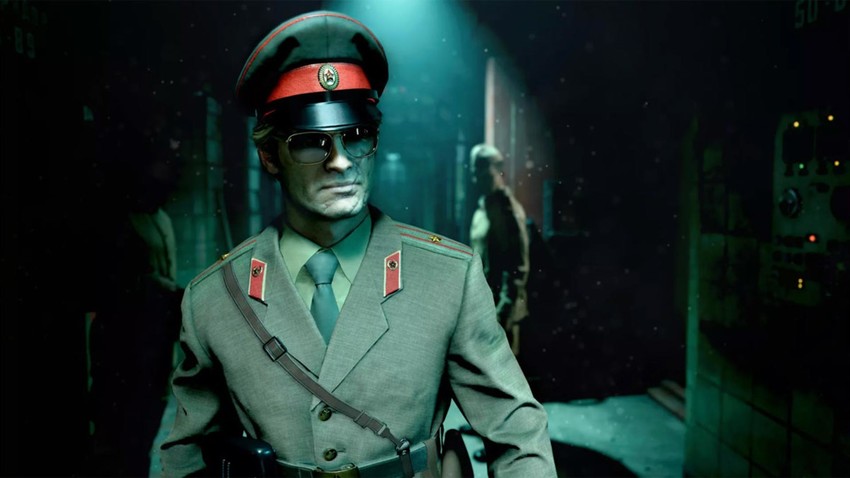 Russian bad guys are frequent foes in the Call of Duty shooter series, one of the top-grossing franchises on the planet. The first games revolved around World War II, but as the series progressed, the plots moved closer to the present day, becoming more relevant. In games that deal with modern armed conflicts, parallels with reality are inevitable. Wars have been replaced by terror attacks and counter-terrorist operations, and with the latest installment set during the Cold War, the villains are no longer German but Russian, of course.

The hunt for Perseus

The plot of Call of Duty: Black Ops Cold War (2020) revolves around the hunt for an elusive Soviet spy, known as Perseus — the order to capture him comes personally from the lips of a digitized President Reagan. It’s the Cold War, so no prizes for guessing who the bad guys are.

But how do Russian gamers feel about such a premise? After all, it was because of caricatured Russian characters that attempts were made to censor, and even ban, a couple of Call of Duty titles in Russia (see below for details). However, the old chestnut of villainized Russians, by chance or design, in novels, movies or games has long morphed into a separate genre, which Russians themselves find curiously amusing. What have the Americans cooked up this time? 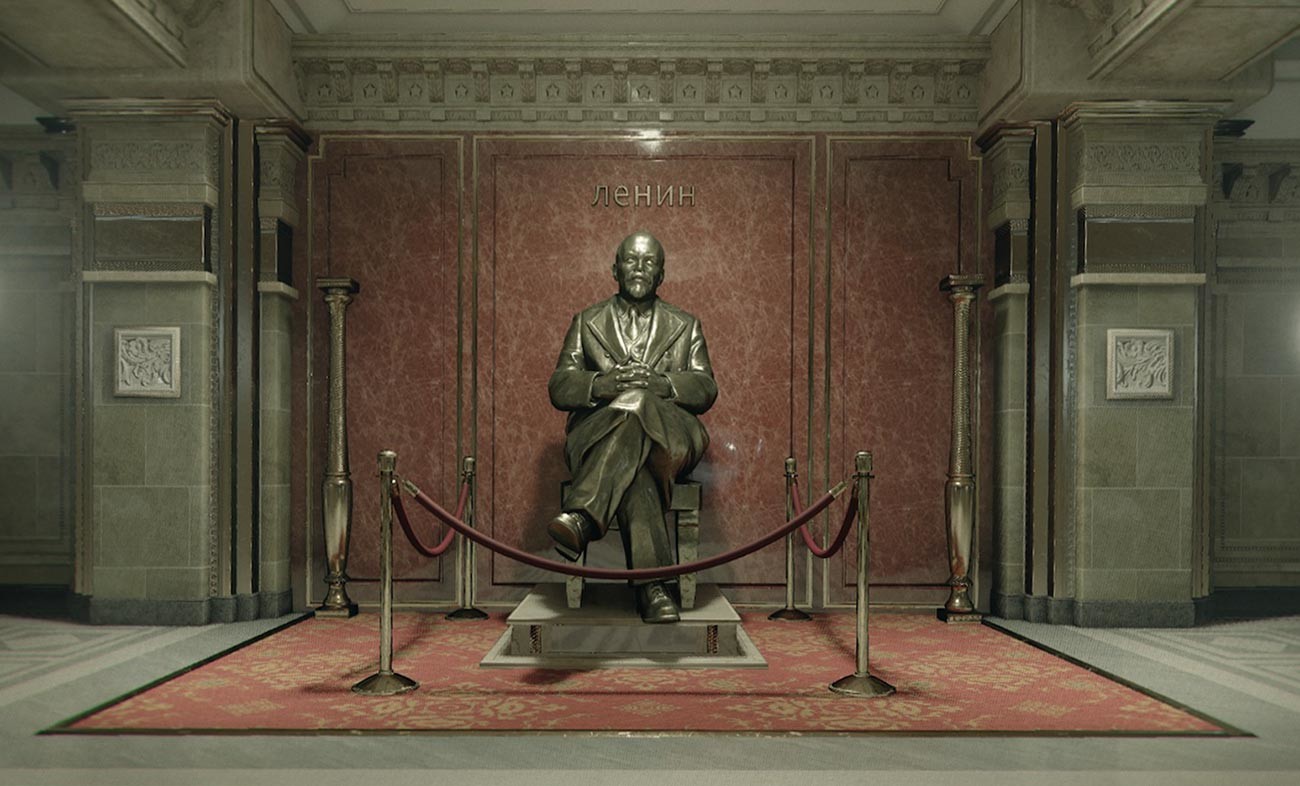 The Lenin monument inside the 'KGB headquarters' in Call of Duty: Black Ops Cold War (2020).

Knowing that accusations would fly whatever they did, the developers of the new title had fun twisting the plot to absurdity and beyond. The new Call of Duty plays to the crowd, in this case die-hard aficionados of the Cold War and all related conspiracy theories—the wackier, the better. In one mission, with the help of a Soviet traitor, we, the player, penetrate the headquarters of the KGB. In another, we locate a Soviet army training ground, built as a typical U.S. town. Who knows, maybe the hunt for Perseus will end with the storming of the Solovetsky Monastery?

As a Russian gamer, my reaction is — great! A mission inside the KGB building? What’s not to like? The real thing, of course, is off-limits, but at least I’ll get to see how the developers imagine it. Anti-Russian it may be, but it’s important to note that, in this game, not only the “Russkies” are bad. Pretty much everyone is. 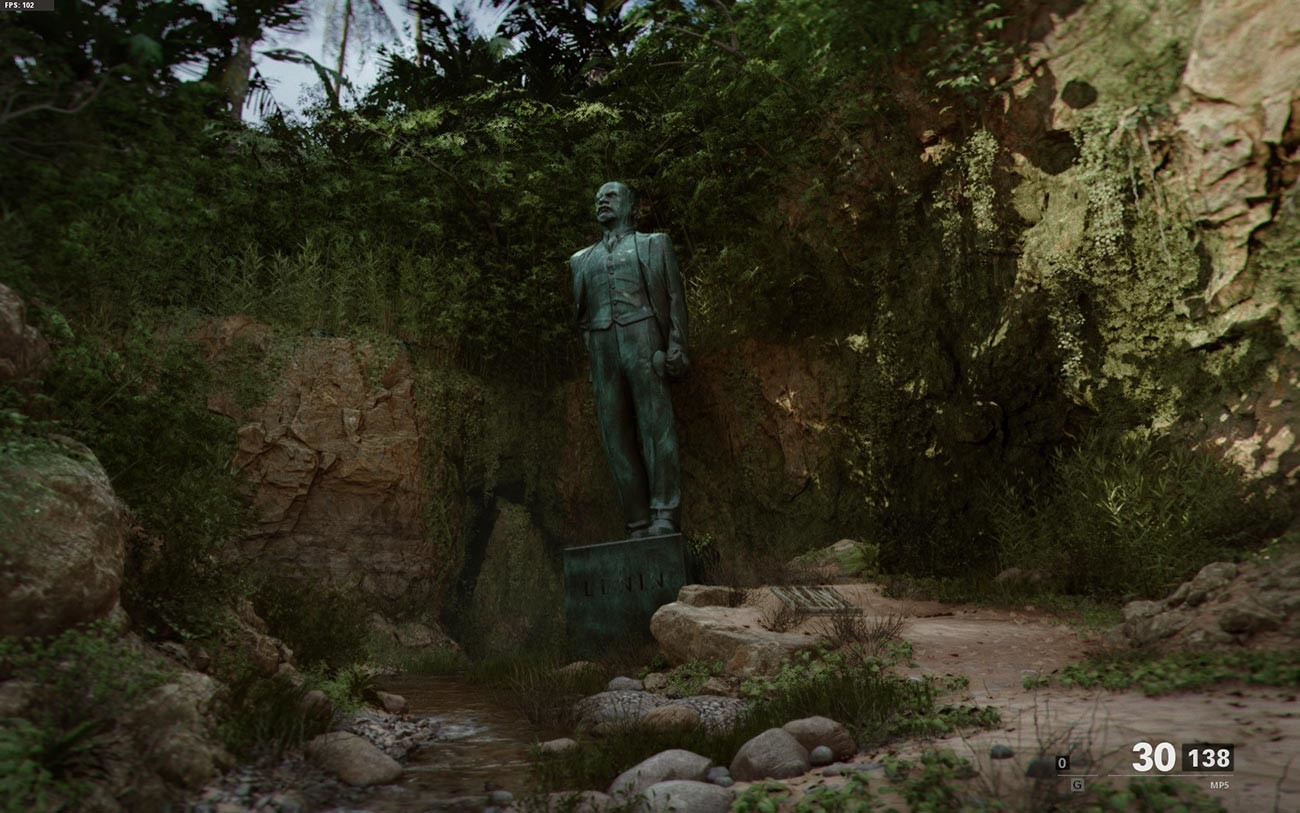 This abandoned monument to Lenin... in Vietnam gives a good idea of the degree of insanity in the story of 'Call of Duty: Black Ops Cold War.'

Ever since Call of Duty stopped being a purely WWII shooter and dipped its toes into more modern conflicts, its creators have spoken a lot about "gray" morality. 'Black Ops: Cold War' is a case in point.

From the get-go, we are given to understand that, although the hero works for the CIA, he can in fact be anyone—the player gets to choose his background, which might, for example, involve a stint as a KGB officer. Moreover, you don’t need to spend the entire game searching for Perseus. At some point, if you like, you can switch sides and double-cross the Americans. Then again, maybe the mysterious Perseus is none other than you yourself? Hmm... 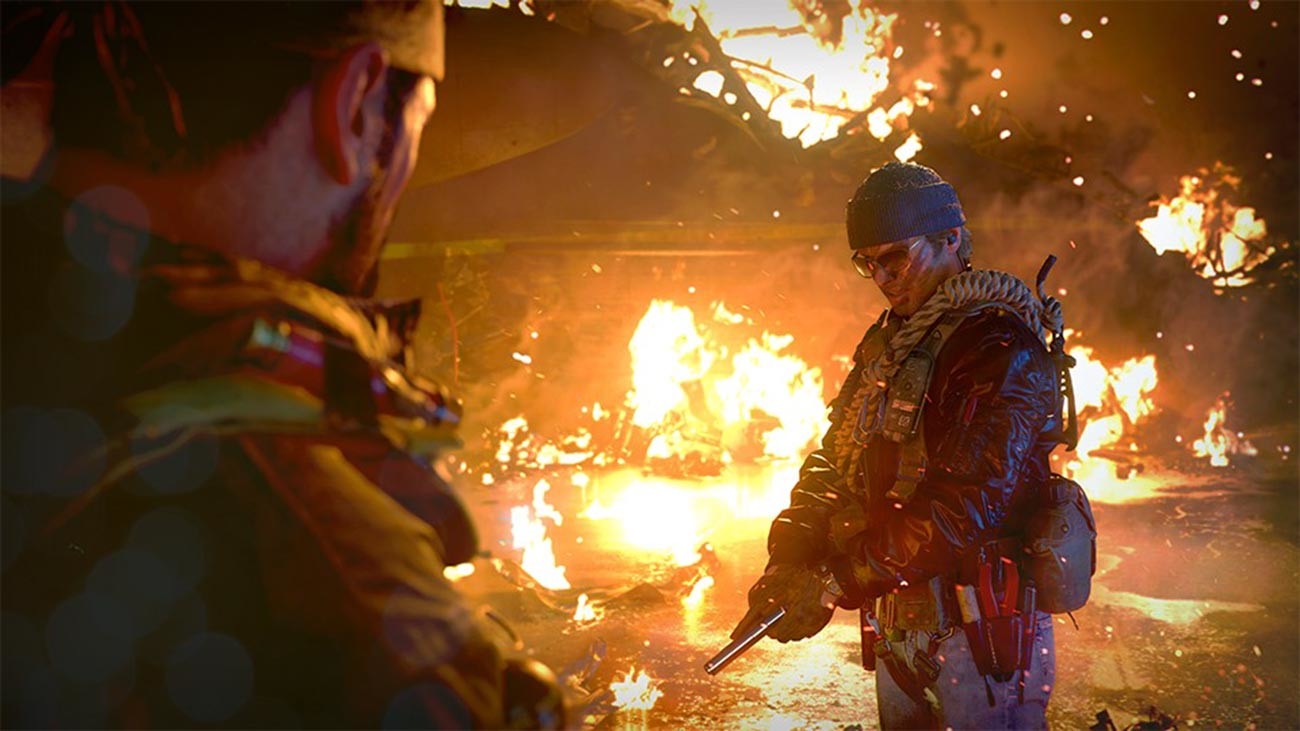 Even if you do remain loyal to the CIA, don’t think for a second that makes you one of the good guys. There is no “good” ending as such. Anyone who’s anyone in this game, including you, no offence, is basically a shithead.

Come the finale, it turns out that the elusive Perseus may not have been acting on the Kremlin’s orders after all. “Maybe we finally found something in common,” an anonymous U.S. security official comments off-screen. Regardless of the chosen ending, the Cold War as conceived by Call of Duty is more than a run-of-the-mill confrontation between the U.S. and the USSR. After so many years of “Russian baddies” in movies and video games, that is refreshing.

At the time of writing, not a single Russian politician or public figure had spoken out about the new Call of Duty. Perhaps because the Cold War-based plot is just too crazy: the weaker the link to the real world, the less rabid even the most patriotic gamers and politicians become. But not all titles in the series are as far-fetched as this one. The 2009 and 2019 releases, for example, caused massive controversy for hitting far too close to home.

‘No Russian’ and the mutinous General Barkov 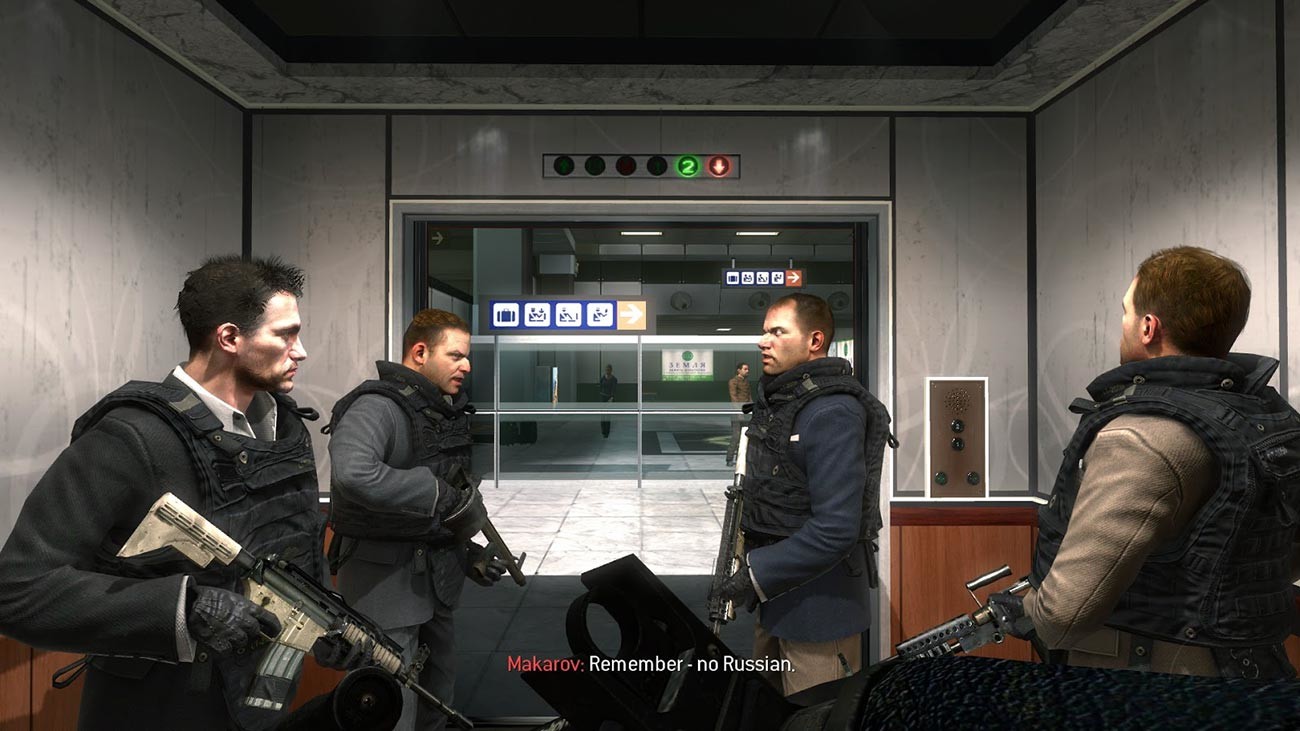 'No Russian' mission in 'Call of Duty: Modern Warfare 2'

The first storm blew up over Call of Duty: Modern Warfare 2 (2009), specifically the ‘No Russian’ mission. The game is set in the near future. The protagonist, a CIA agent, infiltrates a Russian terror cell: at the behest of the ringleader, he organizes a mass shooting at a Moscow airport, killing dozens of passengers and FSB officers. What’s more, the cell tries to pin the attack on the Americans, for which reason, before the mission, the militants are strictly forbidden to speak Russian. The player does not have to open fire on civilians, but must help eliminate the security forces. Those of a nervous disposition can skip the mission entirely (although they perhaps shouldn’t be playing in the first place).

‘No Russian’ sparked heated debate among players and journalists around the world: many questioned the game designers’ decision to allow players to kill innocent citizens. In Germany and Japan, the game was released with fixes preventing this. In January 2010, Vasily Seleznev, a late State Duma deputy from the Liberal Democratic Party of Russia (LDPR), described Call of Duty as promoting extremism and violence, and proposed adding it to the government’s list of extremist materials. Seleznev’s statement was actively discussed online, and represented perhaps the biggest clash ever between the video game industry and the Russian authorities. However, the game was not banned; in the Russian version of Modern Warfare 2, the controversial mission was simply cut — but as an act of self-censorship by Activision. The official reason given was the lack of an age-rating system in Russia at that time. 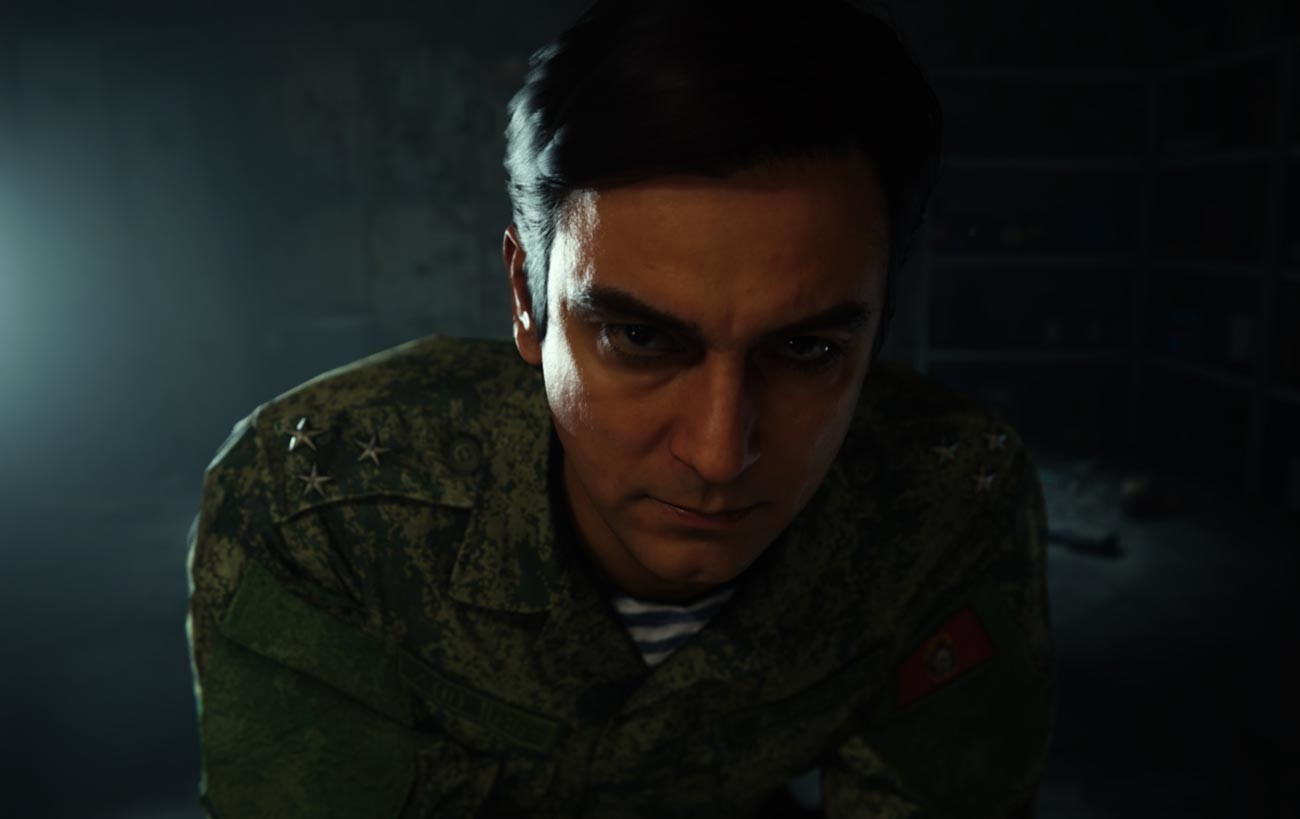 Since then, Call of Duty has flirted on and off with “Russian baddies”: for example, Modern Warfare 3, released in 2011, begins with a Russian attack on New York. In 2019, Modern Warfare was relaunched. This time the setting is the present day, and the main villain is Russian General Barkov, whose army is besieging the fictional Middle Eastern country of Urzikstan. The game specified that the general was a loose cannon and not acting in the name of Russia: the authors even compared him with Kurz from the movie ‘Apocalypse Now’.

At the same time, Urzikstan is protected from Russian attacks by the White Helmets. This alone was enough for many to draw comparisons with events in Syria and accuse the game of Russophobia. There were more subtle points too: for example, even American players noted that some references to real facts seemed to have been "US-washed": "Uh, it turns out that the new Modern Warfare game just sorta lies about a US war crime and makes it a Russian one because it needs the US forces to be seen as the good guys," a user tweeted. 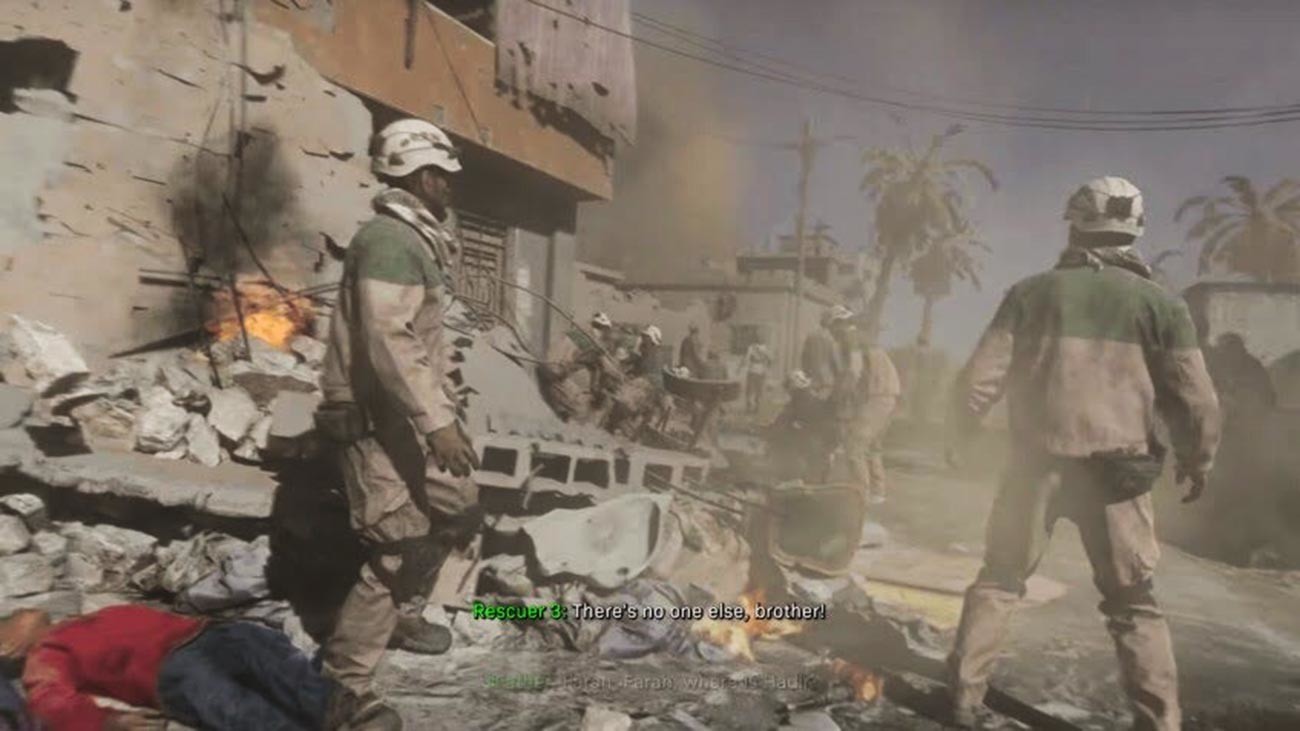 These and other episodes caused even more indignation among patriotic Russians than the No Russian mission. Their mouthpiece was popular streamer Ilya "Maddyson" Davydov, who stated without too much ambiguity that "this piece of shit must be banned." At around the same time, Davydov, who is known for his outrageous comments, ironically became a member of the LDPR — the same party as Seleznev, who slated Call of Duty ten years earlier.

But even this time, as before, it was all just media noise. Activision again covered its proverbial rear: the White Helmets in the Russian version became the Green Helmets. Self-censorship was at work again. Sony, one of the game’s distributors in Russia, didn’t make the digital or physical version of Modern Warfare (2019) available for PlayStation 4, despite it being freely sold for PC and Xbox One.

The Russian release of Black Ops Cold War didn't avoid partial self-censorship either. The publisher shipped no physical copies into the country, and the game can only be purchased digitally (including for PlayStation this time). Recalling the 2019 incident, Russian gamers reacted with irony to the appearance of the new Call of Duty on the Sony platform: "New Call of Duty Cold War available in Russia? RUSOPHOBIA, HOGWASH, DELETE, REPRESS," one user tweeted.