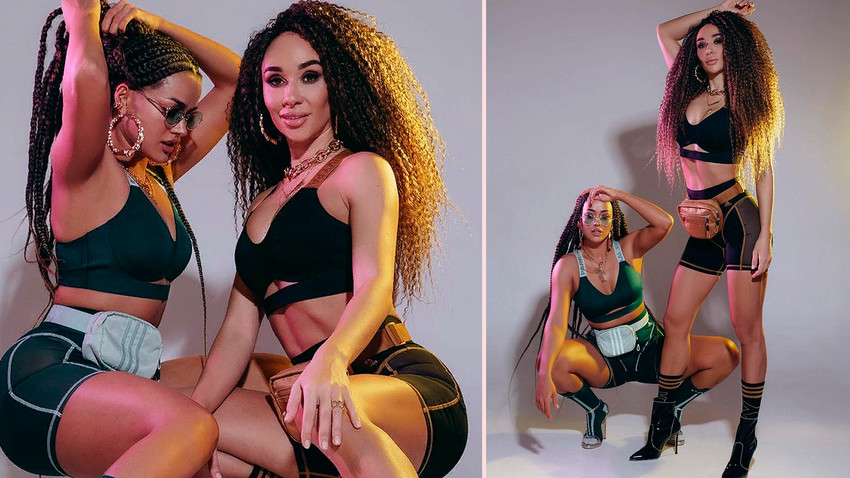 @anastasia1102
It’s all down to the fake tan and the curls. The girls, who were featured in an ad for Beyonce clothing line, stand accused of ‘blackfishing’. Russians have come out in support, however.

“Should I have been photographed in a kokoshnik [a traditional Russian headdress - ed.] and with a Russian ponytail? And if there’s no ponytail - does that belong to them as well? What next? Are you going to ban me from listening to hip-hop, wear my jeans low and visit the tanning salon? Yeah, that’s right - being too tan is also an insult to them,” reads an Instagram post from Alena Buni, one of the models that so angered some English-speaking audiences. 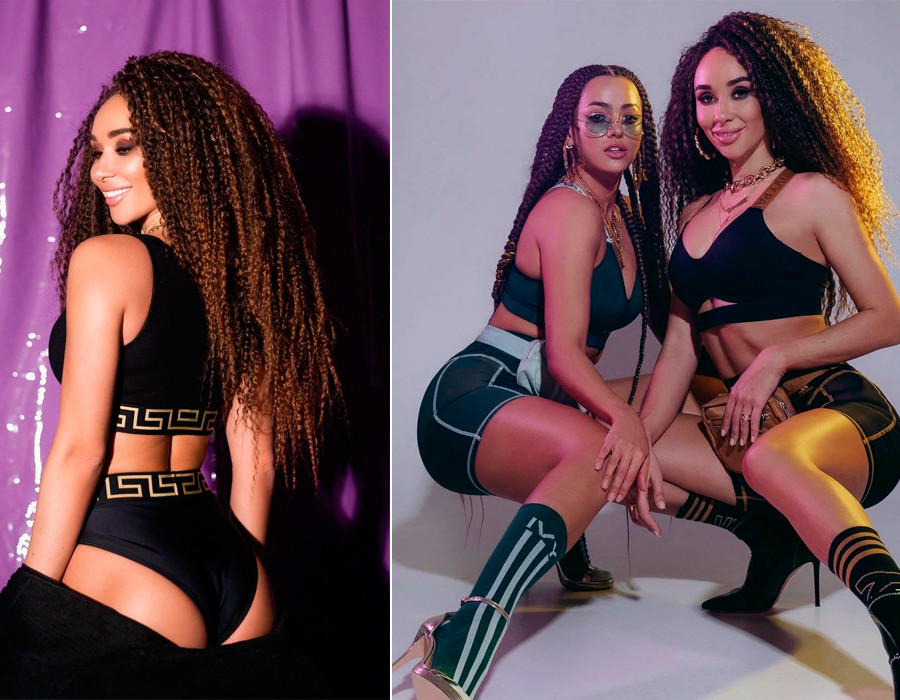 Alena and Anastasia uploaded several group shots to Instagram on December 4, posing in Ivy Park clothes - Beyonce’s collaborative line with Adidas. Several days later, the brand took notice of the photos and published them on its own page. Soon after that, however, the pictures were deleted, due to everyone realizing the girls were, in fact, Russian. The move was precipitated by a flurry of angry comments.

Here’s a small sample of those comments, which garnered thousands of likes:

“Y’all… whoever posted this getting FIRED”

“I’m about to write corporate. Tf is this?”

“Y’all are about to be draaaaaagged across the internet by your appropriated hair. This is Black face and needs to be taken down”

The girls, Beyonce and Adidas all ended up in hot water for the charge of “cultural appropriation”, racism and something called “blackfishing”, for their alleged attempts to copy the African-American likeness with its braids, curls and darker skin tones. Western media didn’t take long to do their write-ups, while several YouTube vloggers made videos to express outrage.

“The question is did Adidas know that these women didn’t have any black ancestry?” vlogger Millennial Tea asks.

Meanwhile, most Russians internet users had no idea what all the fuss was about. Many ended up taking the girls’ side in the matter, reminding the online community that anti-black racism never existed in Russia or the USSR as a systemic problem and calling upon people’s good sense not to try and fish for racism every time a tan person with curls shows their face.

“You can’t view everything as racism,” read an Instagram comment. “This clothing is on sale and anyone can buy it. Sun tan - it’s natural. Anyone can have any level of it. Hairstyle, really - they should not have it? What would you say if I told you I saw ladies from Africa coming to Russia to do braids? So, Russians started to adopt it. Is that racist to buy a service from a black person?”

The Ivy Park brand, as well as Beyonce herself, have yet to issue a public comment. In the meantime, Russians have continued to come out in droves and commenting on the brand’s Instagram page, demanding to “get the Russians back”, joking about cultural appropriation and threatening to boycott Adidas.

The models themselves are of single mind on the matter: “Come ooooon, guys, the world contains more than just ‘blacks’ and ‘whites’, there are southern girls with Gypsy and Caucasian roots, as well. And yes, we are slightly darker than most Russians. So, what now - we’re supposed to slather ourselves in SPF +100, so no black woman is offended? There’s nothing evil in being inspired by and using the heritage of other races. I think the world has far greater problems than attacking people and bullying them because of hair or clothing style or other nonsense,” Alena wrote.

Anastasia, likewise, didn’t get why the brand would allow the Beyonce/Adidas collaboration to reach Russia in the first place: “So, as a result, most Russians have been told that this clothing is not for you! And that a tan and braids are an insult to black rights. And all that in the 21st century! Why then sell it in multinational Russia?”