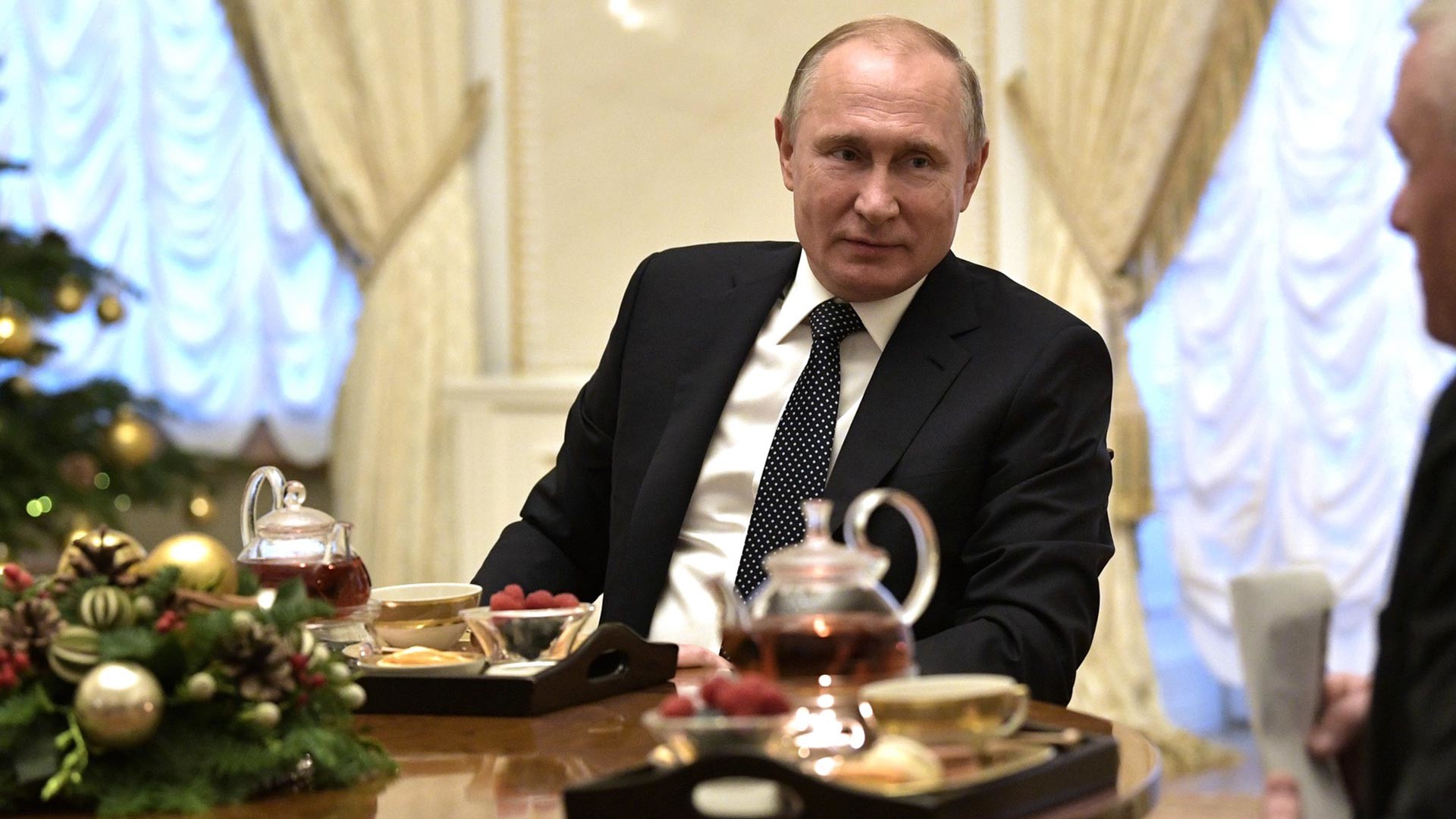 Kremlin.ru
An ice-hockey match several days before New Year’s Eve and a Christmas service at 46°C below zero – find out more about these and other festive season traditions that President Vladimir Putin keeps up and about how he plans to greet the coming New Year.

Vladimir Putin, dressed in a hockey uniform with the number 11 on it, is approaching a small café near the skating rink in Red Square. Looking at the selection of corn on the cob presented there, he turns to jazz musician Igor Butman, who is playing for the opposite team:

“So, I had corn on the cob and [Defense Minister Sergei] Shoigu had a doughnut. We shall beat you.”

“Yes, but I had a corn on the cob, too and Gennady Nikolayevich [Timchenko, a Russian billionaire] had a doughnut," Butman responds.

“Indeed,” Putin replies, “but our doughnut had a bigger hole in it.” 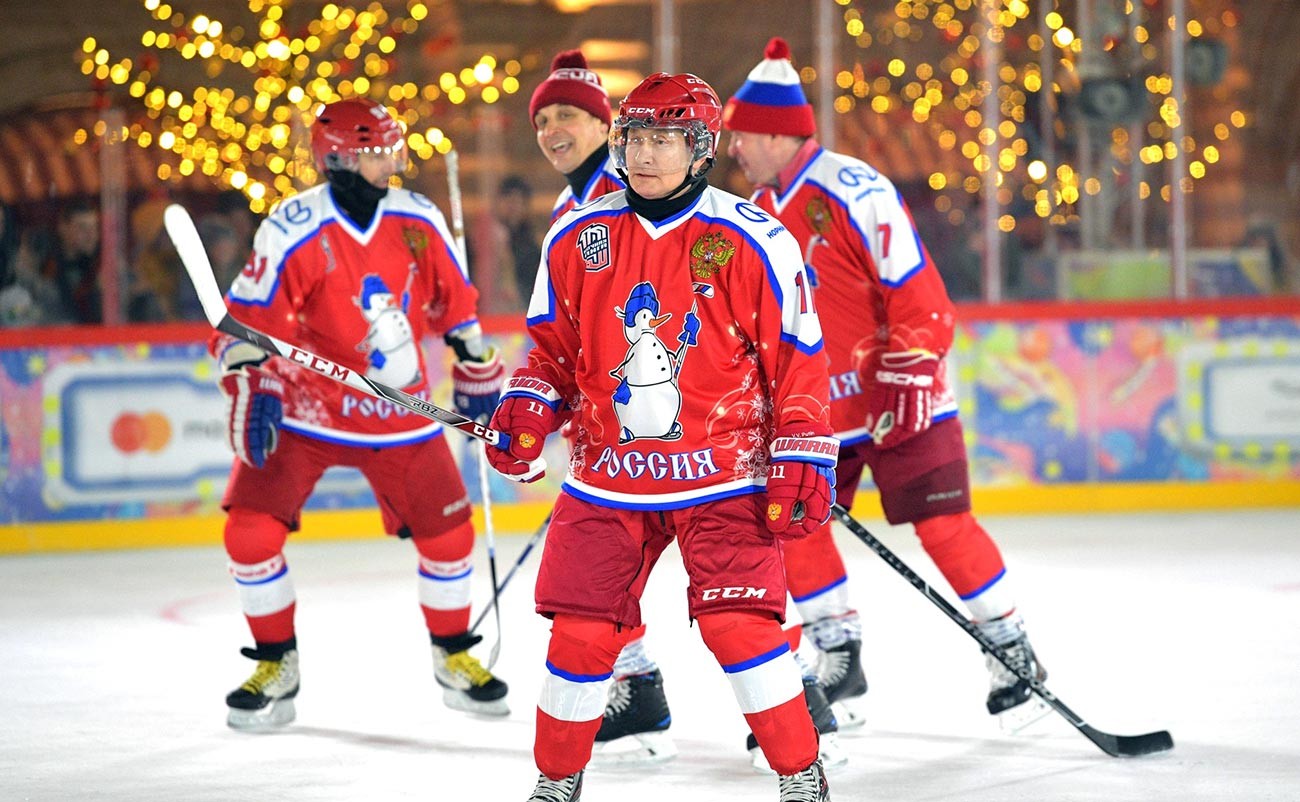 After this brief exchange during a break in a hockey game, Putin scored several goals and his team won with a score of 8:5. This is how, according to Kommersant journalist Andrei Kolesnikov, the traditional New Year hockey match in Red Square went in December 2019. President Putin has been playing them every year since 2017. It has already become a New Year tradition for the president. In addition to the head of state, these games usually involve ministers, businessmen and hockey veterans. Warming up together with Putin before last year’s match was Olympic ice-hockey champion and Stanley Cup winner Valery Kamensky. 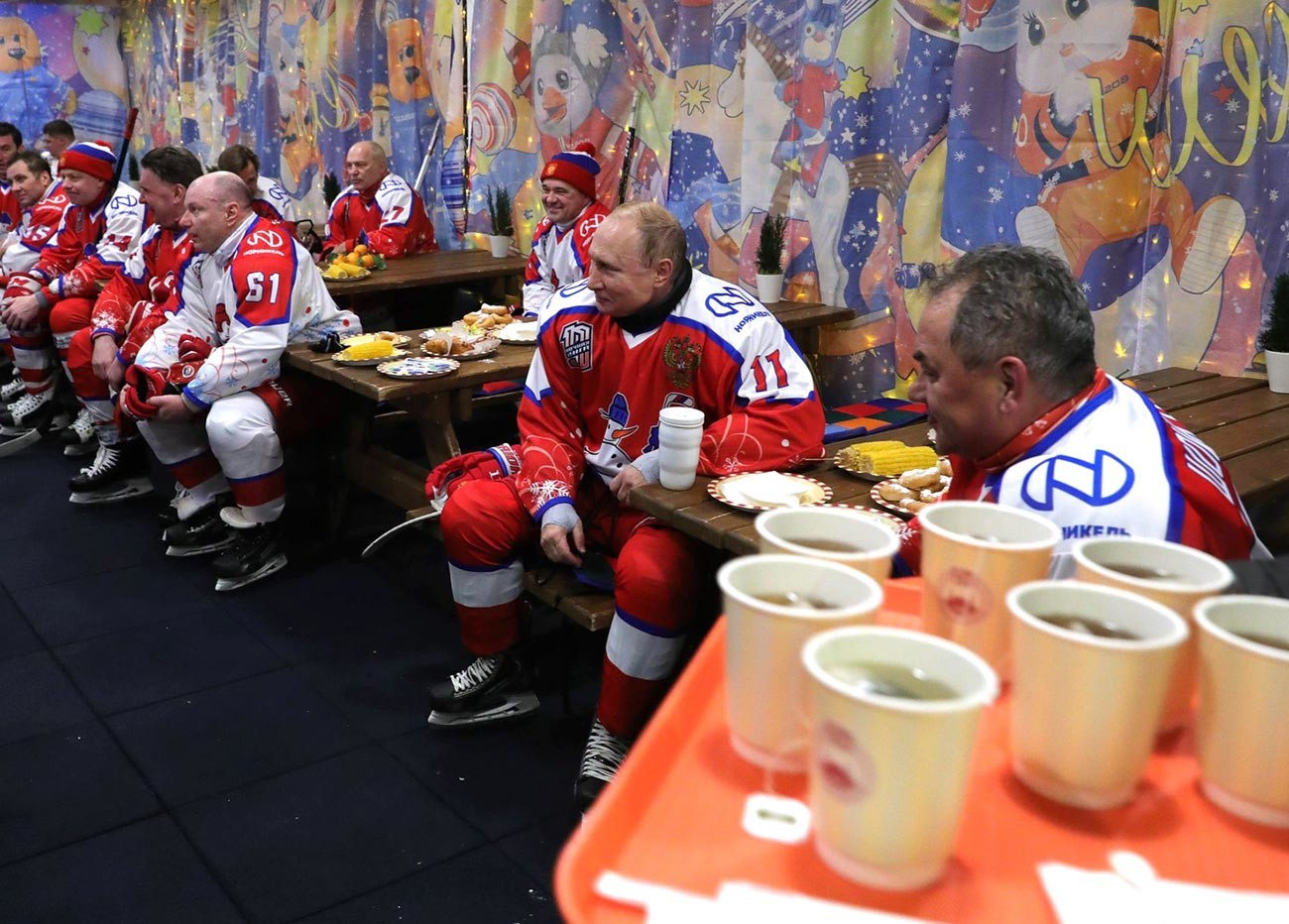 “We play together. And we try to make the president play better. I think hockey has shown it. The president played really well. Given his schedule, it’s hard for him, but he still plays good hockey," Kamensky told Channel One, commenting on Vladimir Putin’s performance in the game. After the match, Putin complained that he had not been getting enough sleep for the past week, managing to snatch just four to five hours every night.

In late November 2020, the president’s press secretary Dmitry Peskov did not rule out that Putin may take part in a New Year ice-hockey match this December, too, despite the coronavirus pandemic. 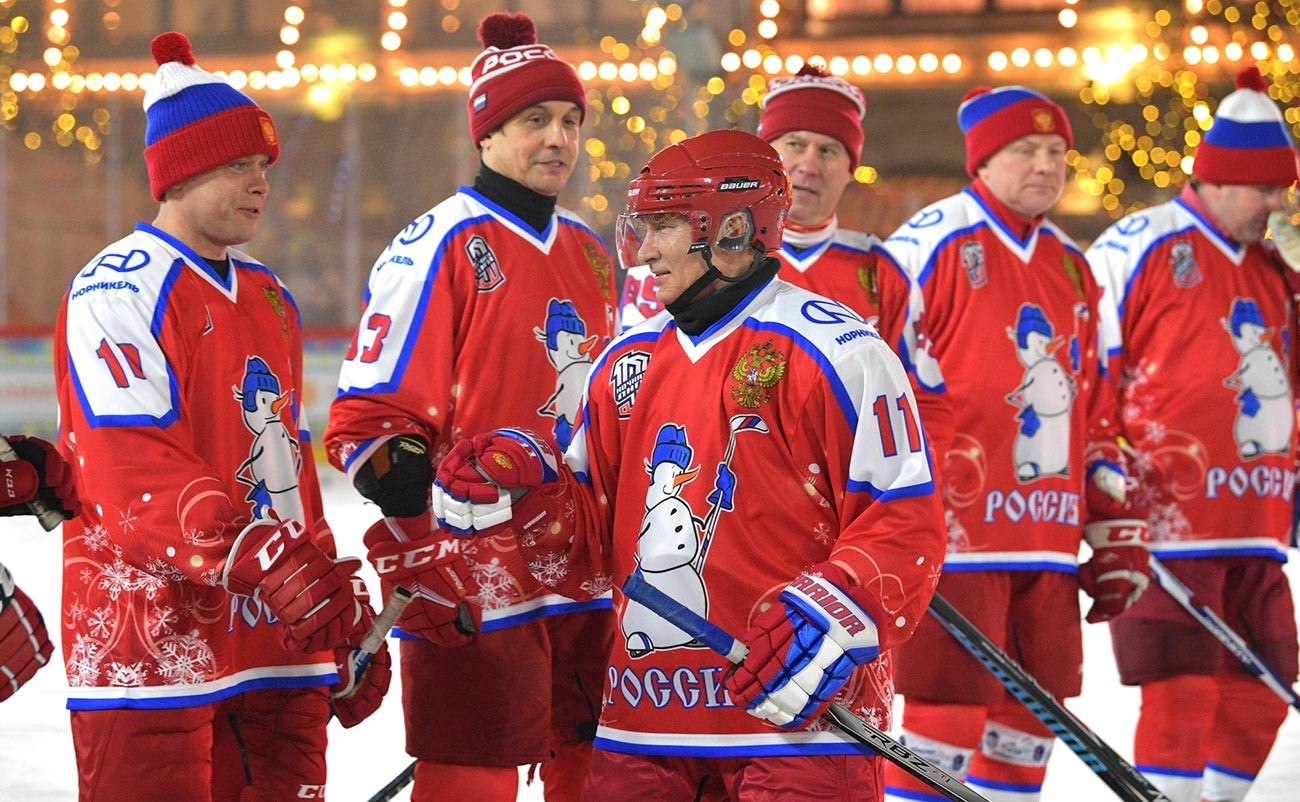 “Usually, plans for it are made quite quickly before the New Year. So far, no plans have been made. But it cannot be ruled out. Given that it takes place outdoors and provided that certain precautions are taken, it is quite possible to do it safely,” Peskov said.

Together with other Eastern Orthodox Christians, Russia celebrates Christmas on January 7. Another festive season tradition that President Putin observes is attending a Christmas service in different churches across the country. On several occasions, he attended the Christmas service in the Spaso-Preobrazhensky (Transfiguration) Cathedral in St. Petersburg, where he had been baptised at the age of six weeks. Every year, Putin attends a Christmas service with other parishioners, lights a candle and congratulates the other believers on this important church holiday. 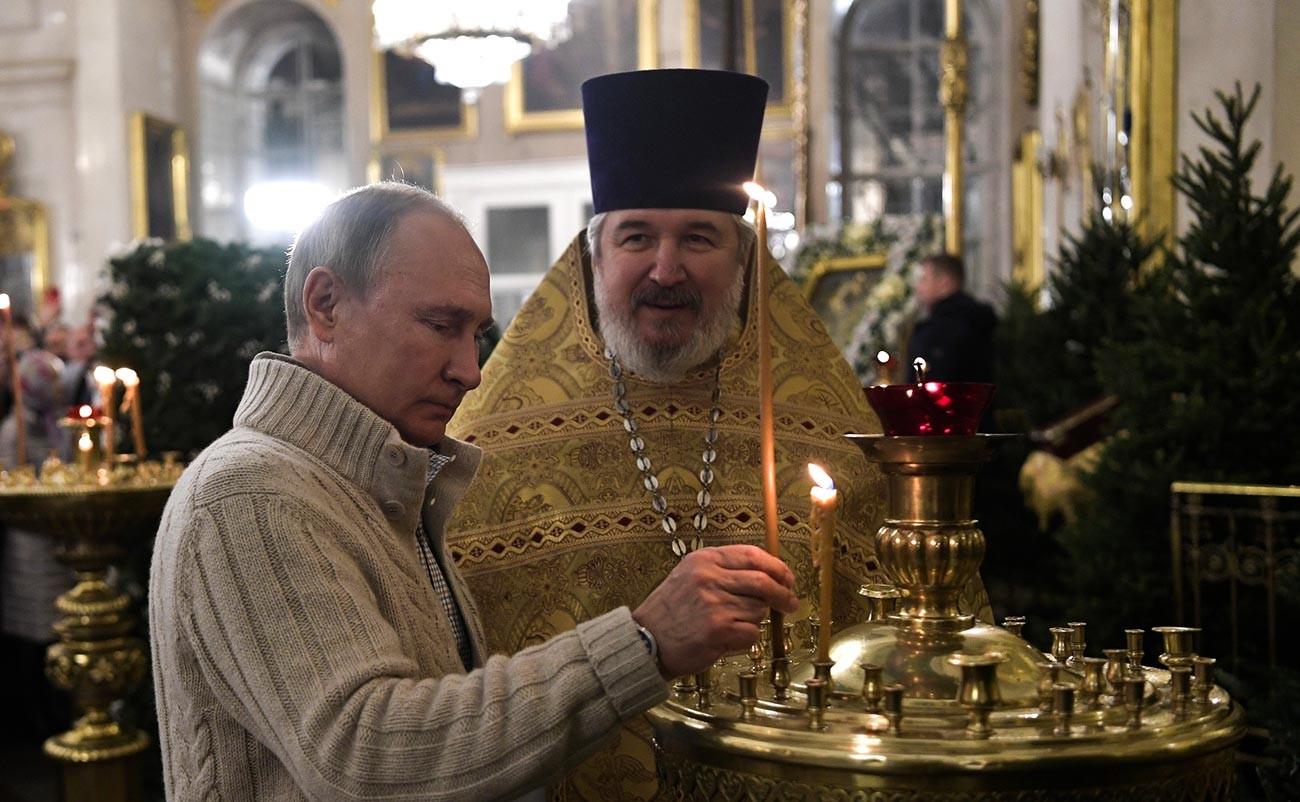 On Christmas night, Vladimir Putin attended a service at the Transfiguration Cathedral in St. Petersburg. With the rector of the Cathedral Nikolai Bryndin

“I wish you a Merry Christmas and a Happy New Year. Be healthy, be happy, happy holidays,” he said at the Christmas service on January 7, 2020.

Putin has attended Christmas services in churches in Sochi, Tver Region, Kostroma Region, in Karelia, Suzdal and Veliky Ustyug. In 2006, he chose to do it in a church in Yakutia, where the temperature at the time was -46°C. 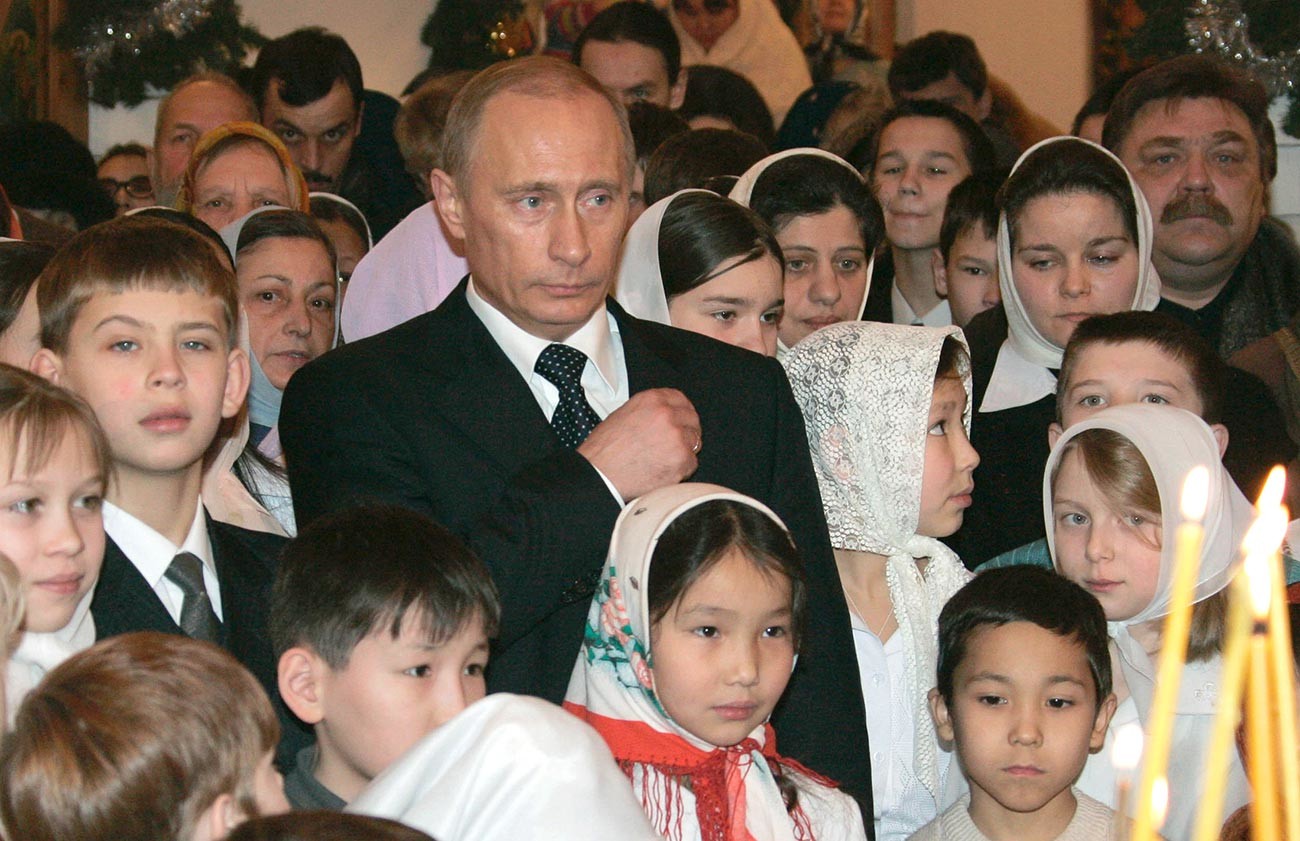 Russian President Vladimir Putin crosses himself as he attends a Christmas mass in the Russia's eastern Siberian city of Yakutsk, January 7, 2006

According to journalist Andrei Kolesnikov, Putin lit a candle and stood surrounded by children for 40 minutes:

“What is he doing?” An old Yakut woman asked me, craning her neck, trying to see the president. “Praying?”

“He is holding a candle,” I replied.

“Well, I never!” she whispered admiringly.

Several minutes later, she began to crane her neck again:

“Is he still standing there?”

“He must be really hot?" she asked anxiously.

“As to that, I could not tell her for sure”, the journalist recalled, adding that the president had to be flown from Yakutia on a backup aircraft, since his main one could not be started because of the severe frost.

There have been many reports in the media about Vladimir Putin celebrating New Year not at home. For example, on December 31, 2013, the president travelled to Khabarovsk, which earlier that year had been hit by severe floods, which had affected 135,000 people and necessitated the evacuation of 32,000 local residents, RBC reported. Putin arrived in Khabarovsk to wish the evacuees a happy New Year and to inspect the new housing they had been provided with. 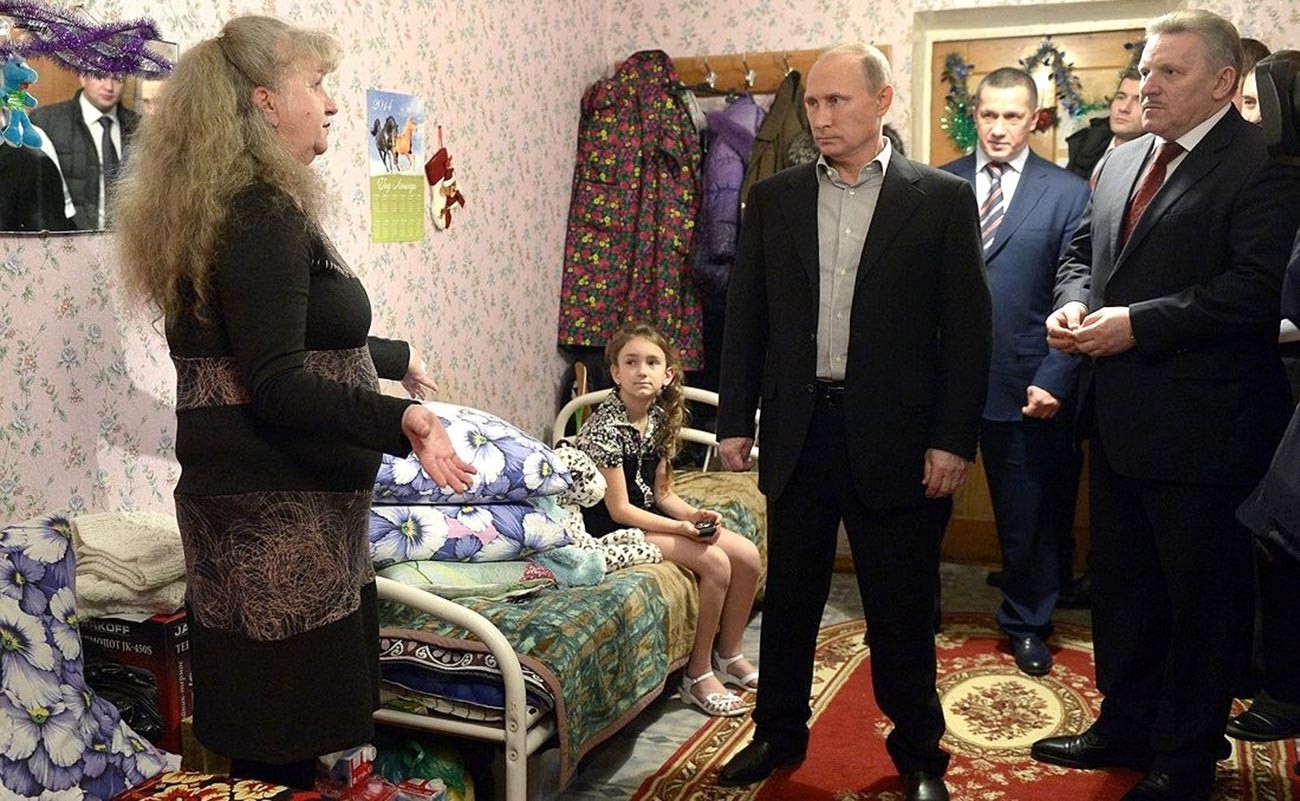 Vladimir Putin arrived in Khabarovsk, where he celebrated the New year with the victims of the flood in the Far East

If the president’s schedule does not feature any business trips, Putin prefers to spend the New Year at home with his family and close friends, Kremlin press secretary Dmitry Peskov said in 2019. 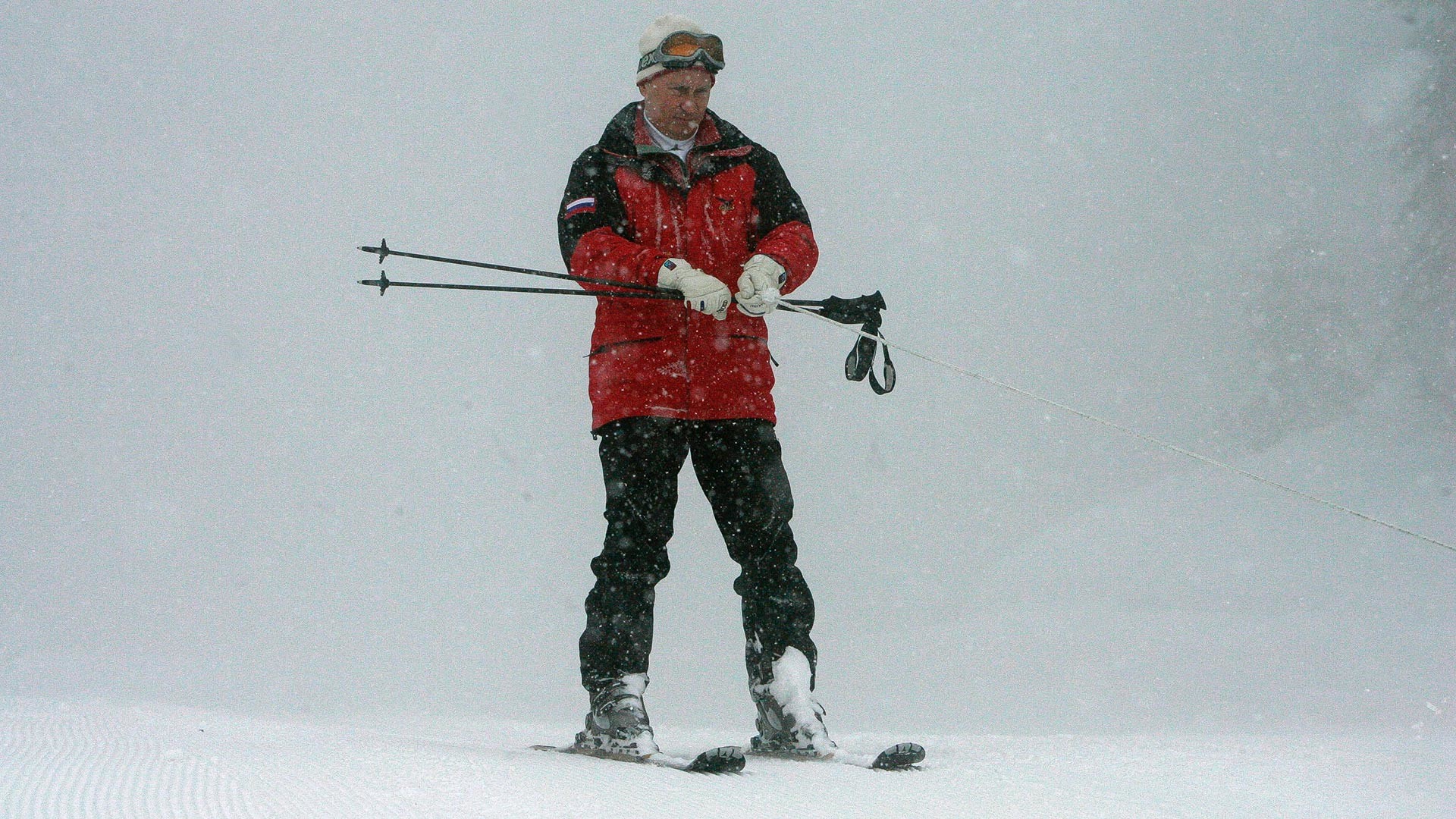 During New Year holidays, Putin likes to spend time in various sporting activities - skiing, playing ice-hockey and swimming. For example, in 2018, Putin spent New Year holidays at home and then went to Siberia.

“It’s just a tradition. To be honest, I am not tempted to travel anywhere (abroad). I spent the New Year holidays at home and then went to Siberia for a couple of days. It was indeed very cold there, minus 33 degrees. But I like it,” the president said, commenting on his vacation that year. 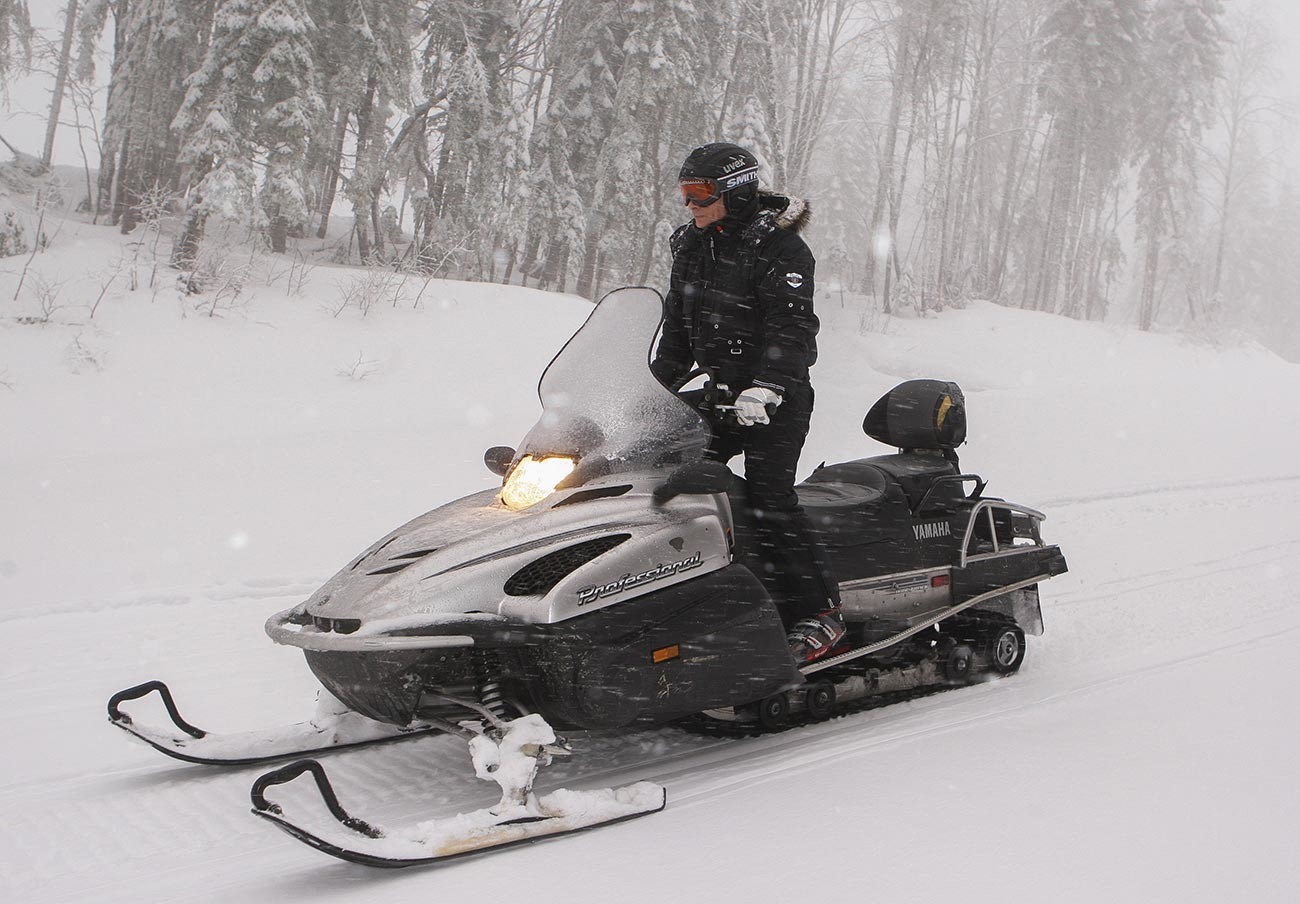 This coming New Year, Putin will most likely greet at home, his press secretary Dmitry Peskov said on December 13, 2020.

“Well, he never has a proper holiday anyway, but maybe he will get a bit of a breather,” Peskov said in the documentary Dangerous Virus. Year One aired on the Rossiya 1 channel.