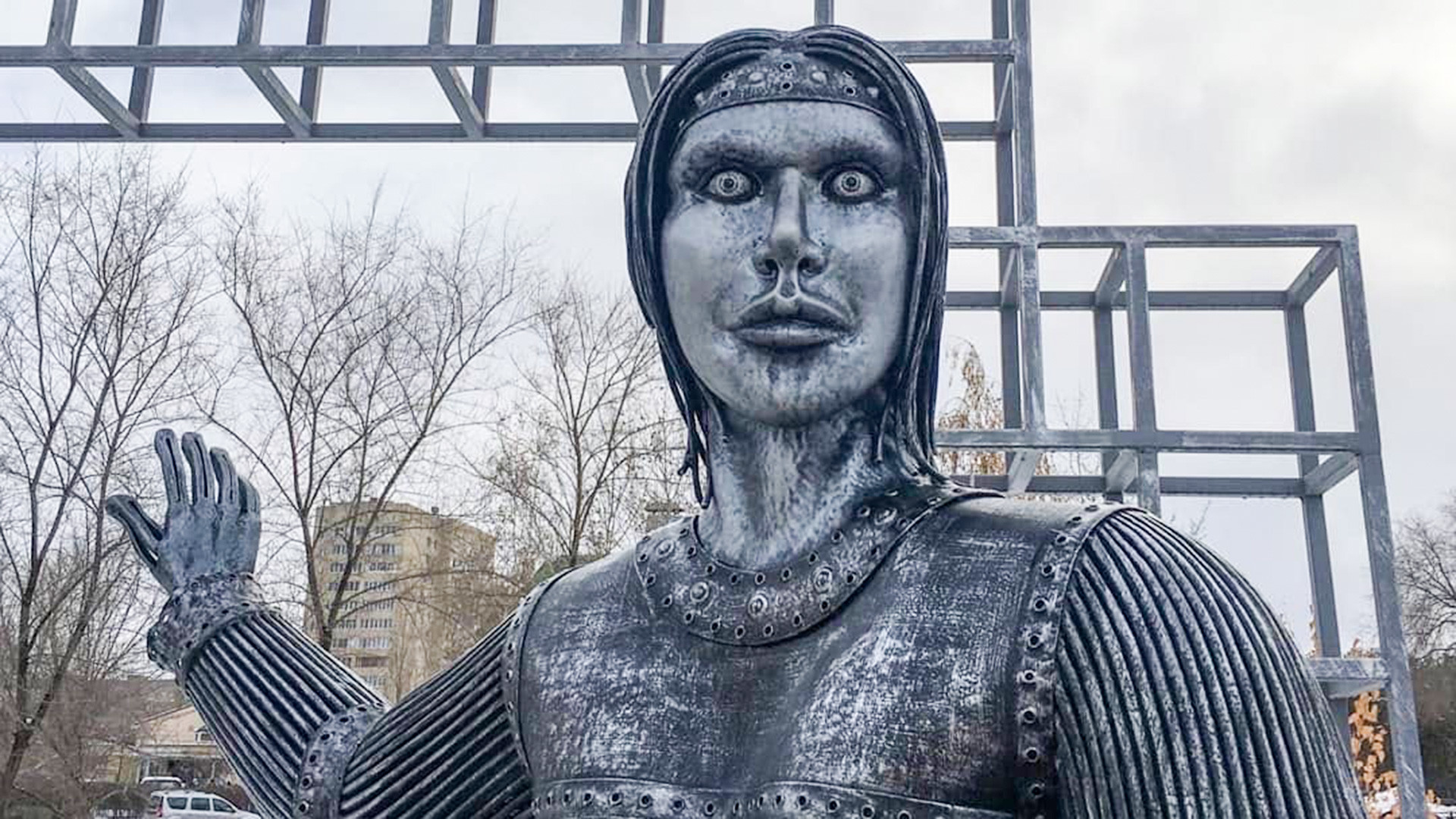 Real Voronezh
Everyone's favorite Russian fairy tale character looked like a ghost from the “The Nun”, or the White Walker from “The Game of Thrones”.

On December 18, 2020, the city administration of the small town of Novovoronezh (564 km from Moscow) erected a monument to Alyonka, a popular Russian fairy tale character. She is also considered the founder of the village, New Alyonovka, which preceded the city founded here in the 1950s.

According to local legend, Alyonka led people to the local creek and advised them to establish a village here. These events were followed by tragedy –-- Alyonka was killed by the bandit Kudeyar, and local residents decided to name the village in honor of the deceased girl.

The gift to commemorate the village’s 250th anniversary looks like this. 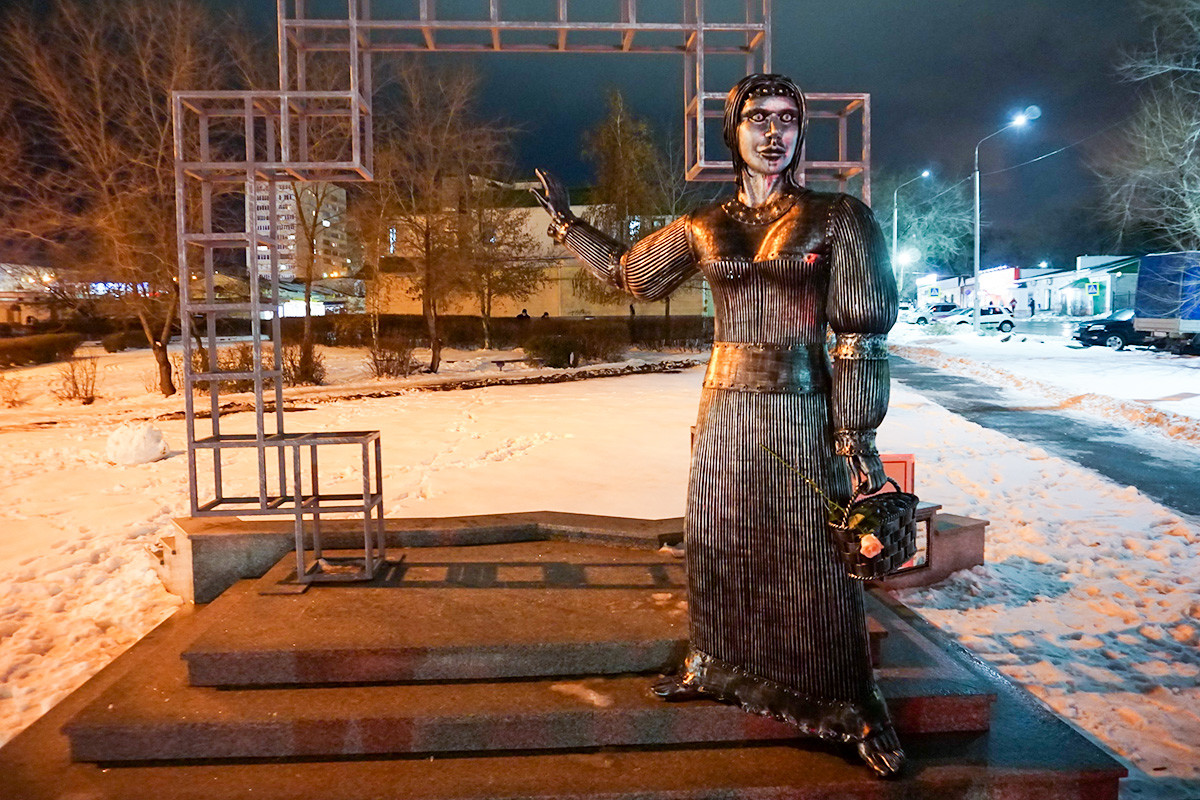 The monument was opened with much fanfare.

"For our city, Alyonka is a challenge, a startup, a brand, it’s our kind of hype, PR, mascot, the business card of the city..,.” — said Boris Smolyaninov, a native of the village of Novaya Alenovka, in an interview for Novovoronezh local TV station.

@helensmail558 called the monument "Alyonushka of the post-apocalypse”, and showed what would happen if the iconic girl on the Russian chocolate bar, "Alyonka", shared the same face. 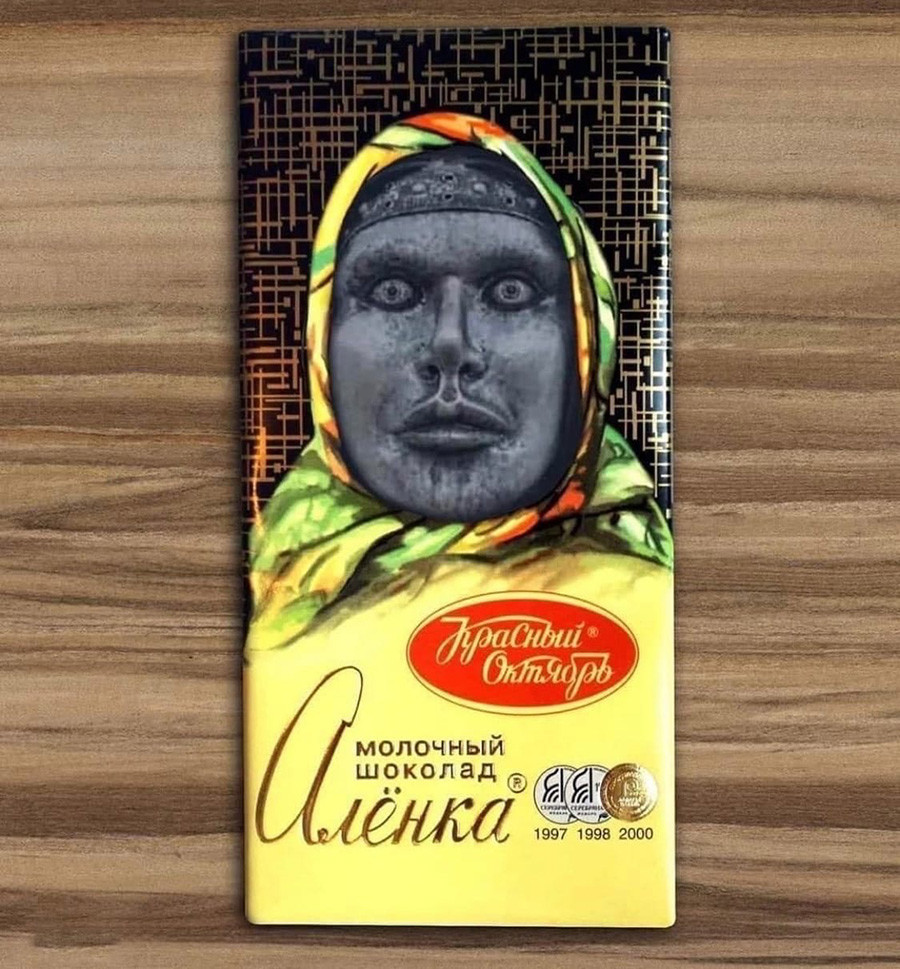 Also, the face of the monument was juxtaposed on the famous Alyonka portrait by the great russian artist Viktor Vansnetsov. 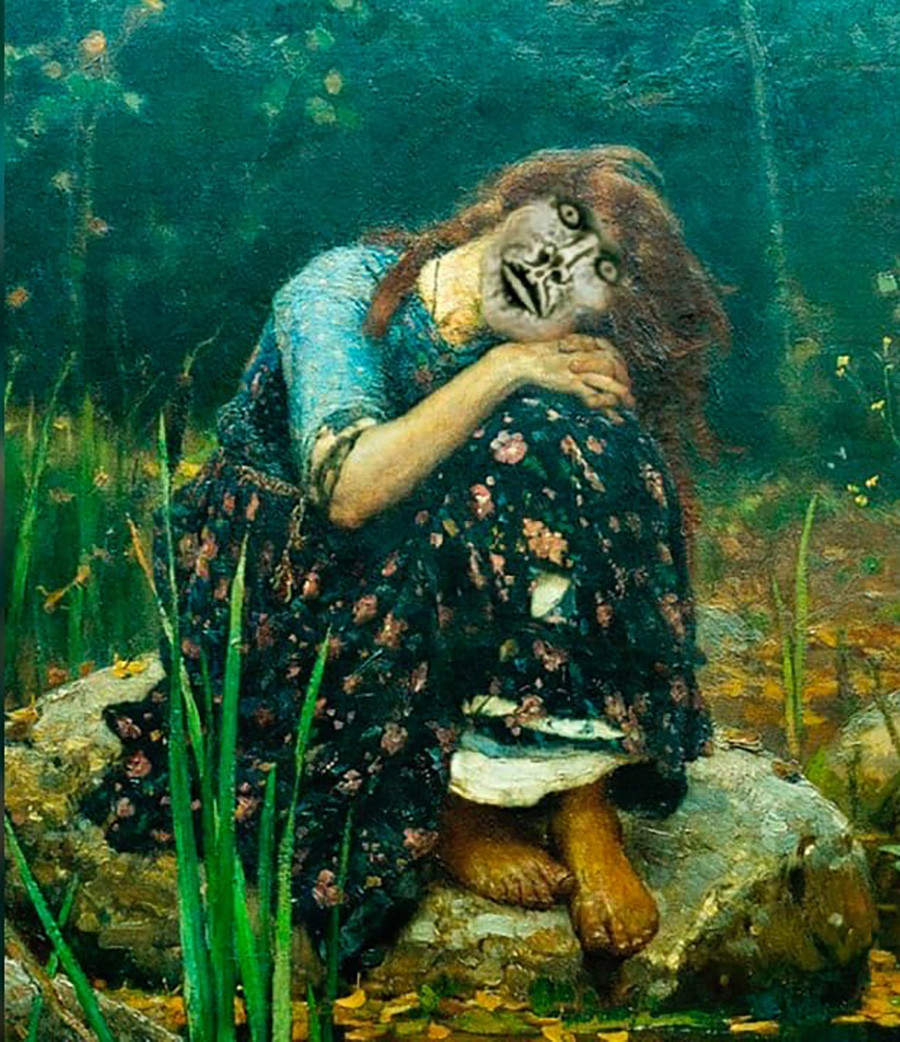 "Novovoronezh’s Alyonka embodies all my attempts to do something meaningful, which always results in… well, such an Alyonka,” wrote @tprk_nst, who also compared the monument to “The Nun” horror film villain. 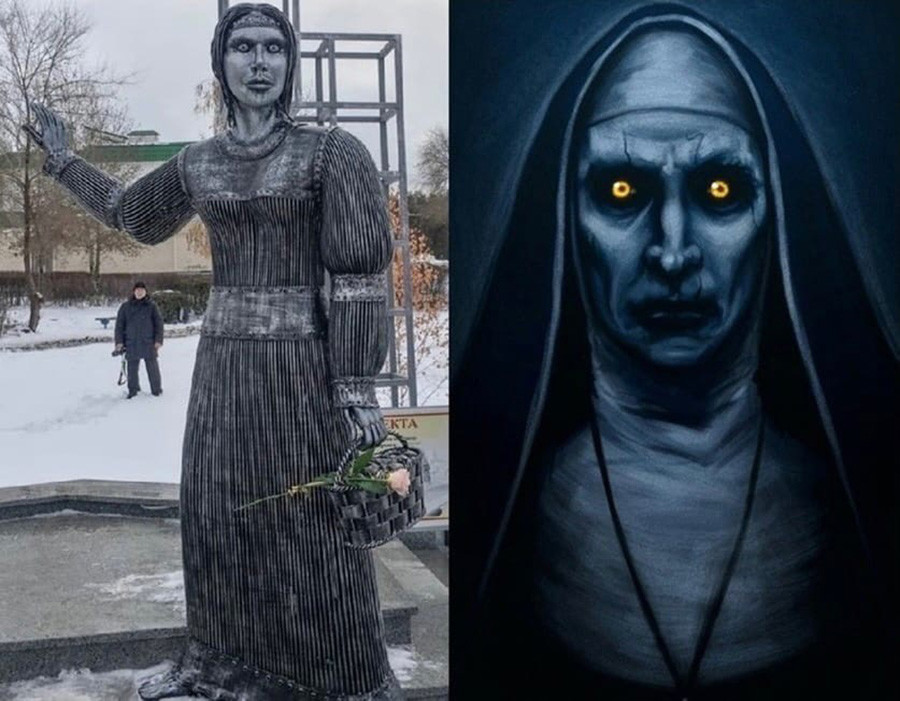 So, according to @Wertongen, the husband of Alyonka should look like...

...And C-3PO from Star wars is actually her brother.

Local residents were also unhappy with the monument, and demanded to demolish it .

"Budget funds were not used to create this art object. The monument was designed and installed by the initiative group. < ... > Yes, the figure of the girl seems a little heavy and cumbersome, and the look is heavy, but this is only because it is difficult to work with metal," claimed the head of Novovoronezh, Vladimir Leshchenko, in an interview with TASS.

On December 21 the monument was dismantled.

“[The monument] is stored temporarily at our municipal facility. After the New Year, the initiative group will invite sculptors and architects to make a decision on the future of this art object. Perhaps it will be refined, perhaps some other solution will be offered," said Alexey Doroshenko, deputy head of the city administration.

Despite all negativity, some among the local population fell in love with the unusual monument.

"When will people start loving something new? It seems like everything should be done according to a certain standard, to a template, trying to portray an ideal female beauty. Alyonka is forever in my heart,” Dmitry Semenov wrote, commenting on the monument’s demolition.