A cat was thrown in the trash... but became a deputy minister! (PHOTOS+VIDEO) 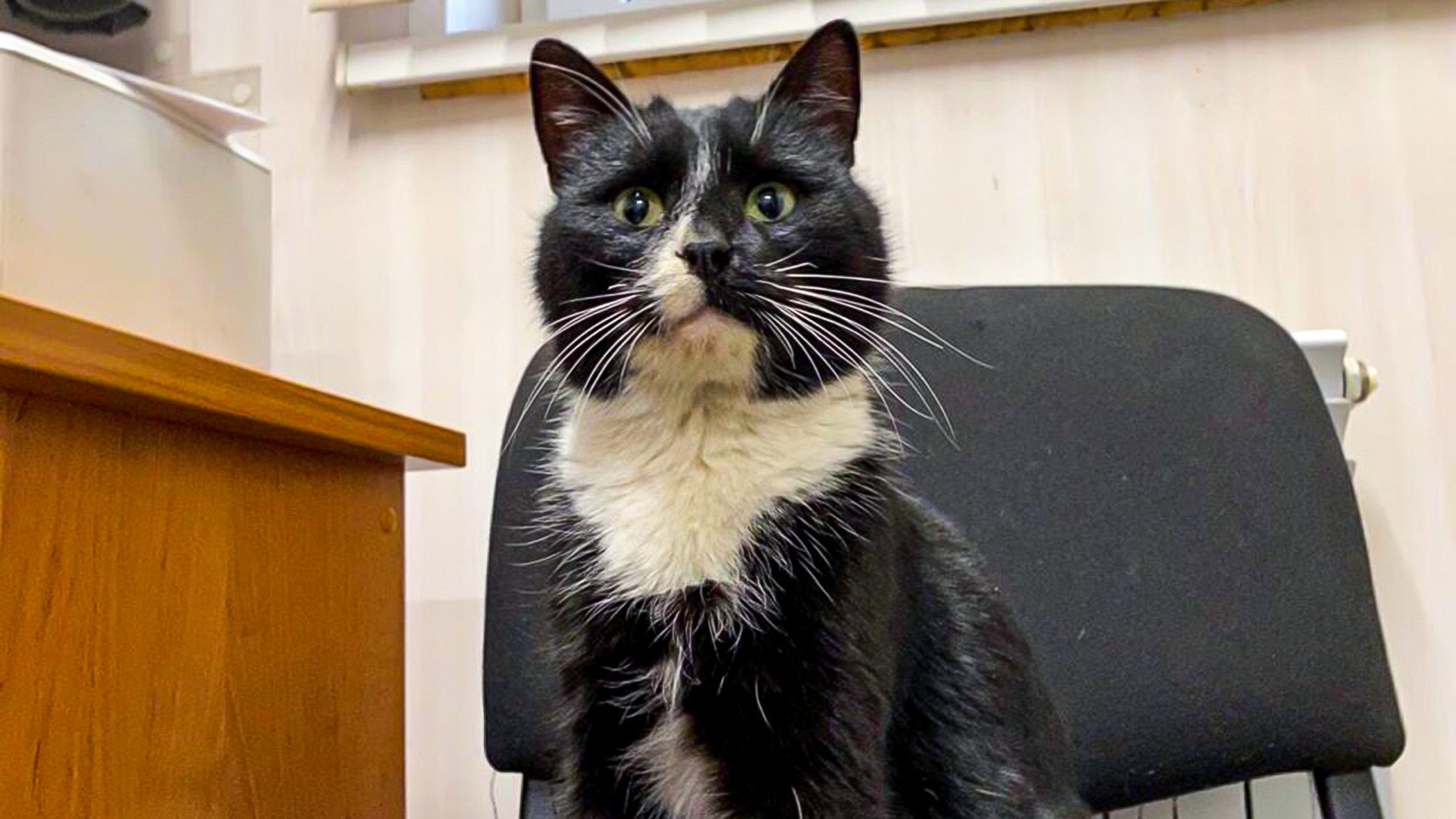 Press service of the Ministry of natural resources of the Ulyanovsk region
A cruel person tried to get rid of a cat by throwing it in the garbage. The animal wasn't just rescued, however. The fluffy feline got a comfy job in the regional ministry!

On December 21, 2020, employees of a waste-sorting complex in Ulyanovsk (704 kilometers east of Moscow) were processing the garbage as they usually do, and then sending it to a special garbage separator. Worker Mikhail Tukash cut open yet another bag and to his surprise he saw a black and white cat inside.

"We normally cut all the bags open to check if there's metal in there. When I took another bag, I felt something soft inside. I cut the bag a little bit, and I saw eyes looking at me! I was surprised, cut it wider, and pulled out the cat. Surprisingly, the cat didn't meow or even move in the bag," Tukash told MK.ru.

Cameras captured the moment when the cat was rescued - Mikhail Tukash is second from the right.

Mikhail pulled the cat out of the bag a few seconds before the bag would have hit the sorter. He suspects that the cat was domestic and well-groomed.

At first, the cat stayed at the waste-sorting complex, but on December 23 it was sent to live at  the Ulyanovsk Region’s Ministry of Nature and Cycle Economy. Turkash the cat savior and his company received many letters of appreciation. Also, Tukash was promised a cash bonus. 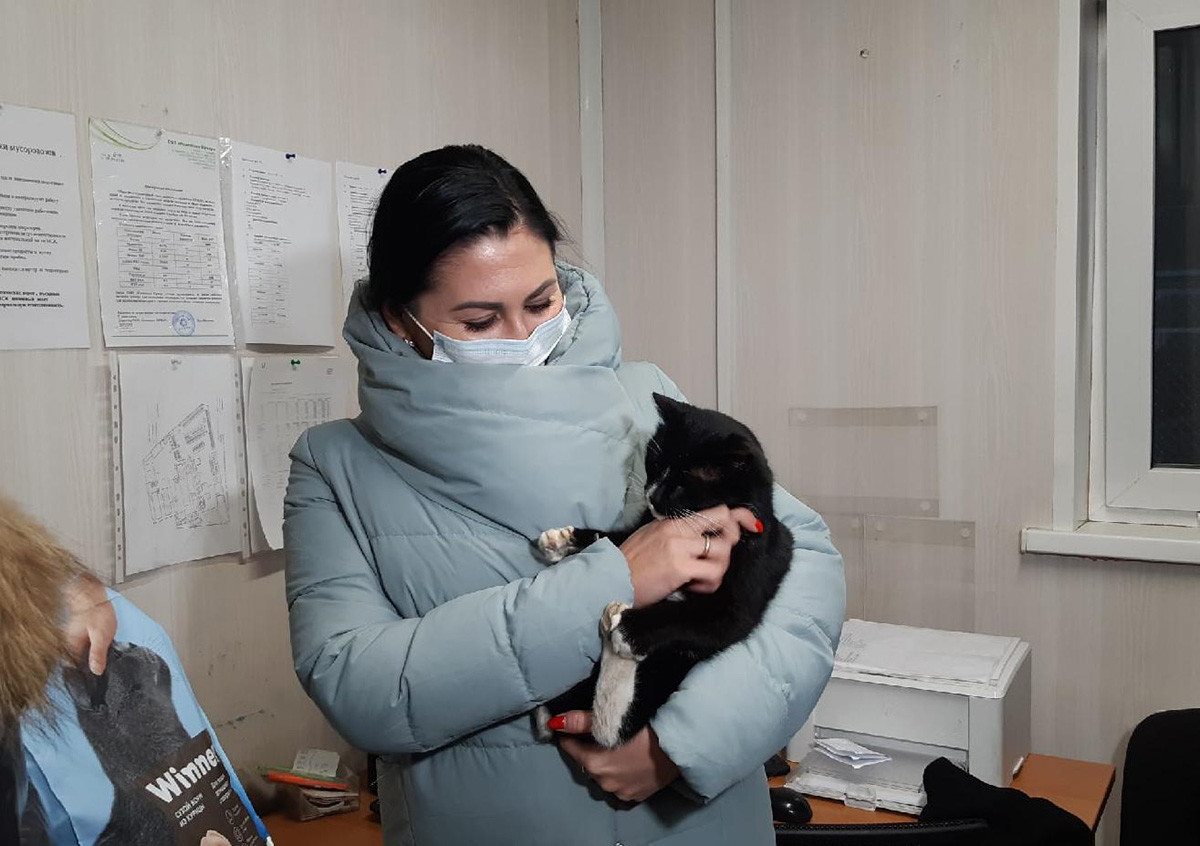 "The cat was examined at the veterinary clinic and the vet said the animal is domestic, and in satisfactory condition; he is healthy and well-fed. The vet also treated the animal with anti-flea medicine, and soon it will be given the necessary vaccinations," stated the ministry press service. 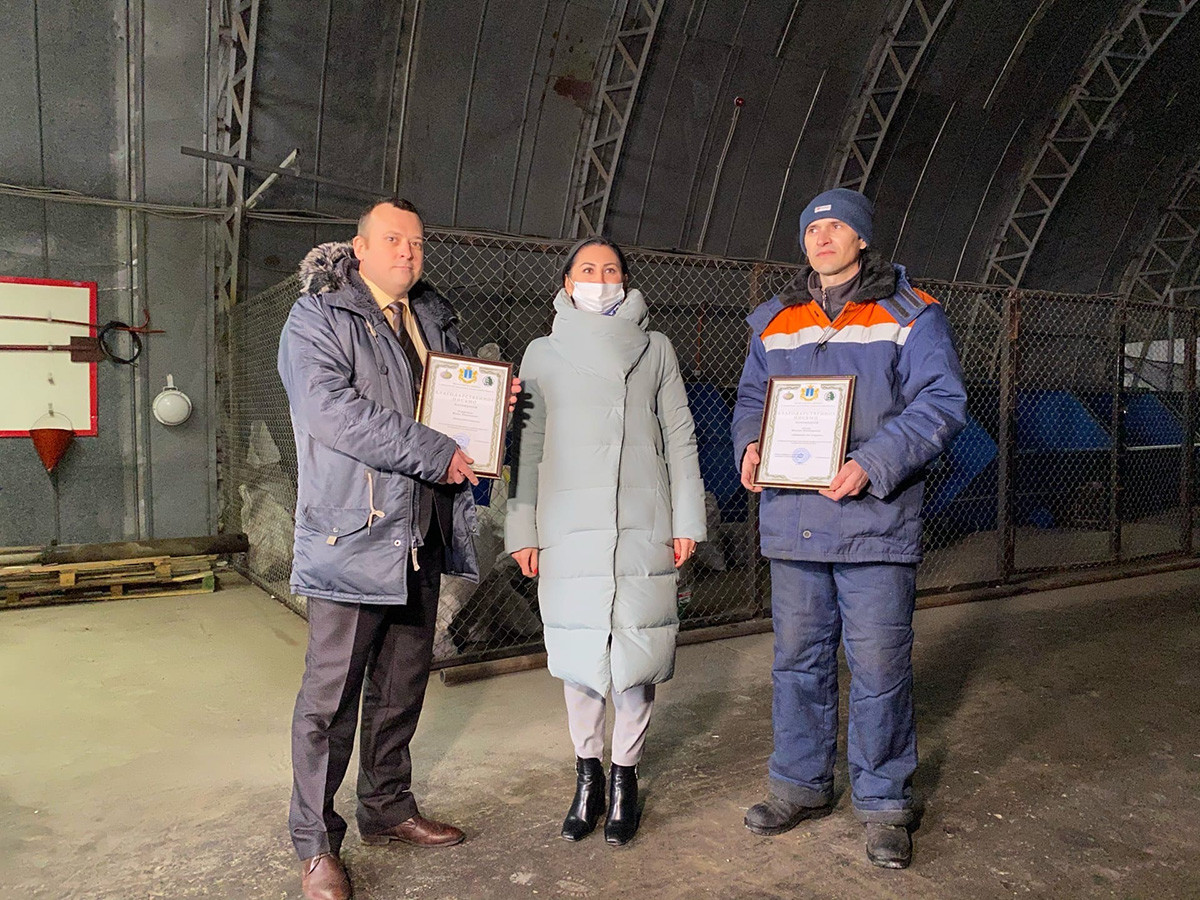 The ministry even introduced a new unofficial position for the cat. The lucky ball off fur was appointed as the region’s Deputy Minister of Nature and Cycle Economy for the protection of wildlife. The press service also said that the cat spends most of its time in the ministry’s reception area, and most of all it likes to sleep in a chair. 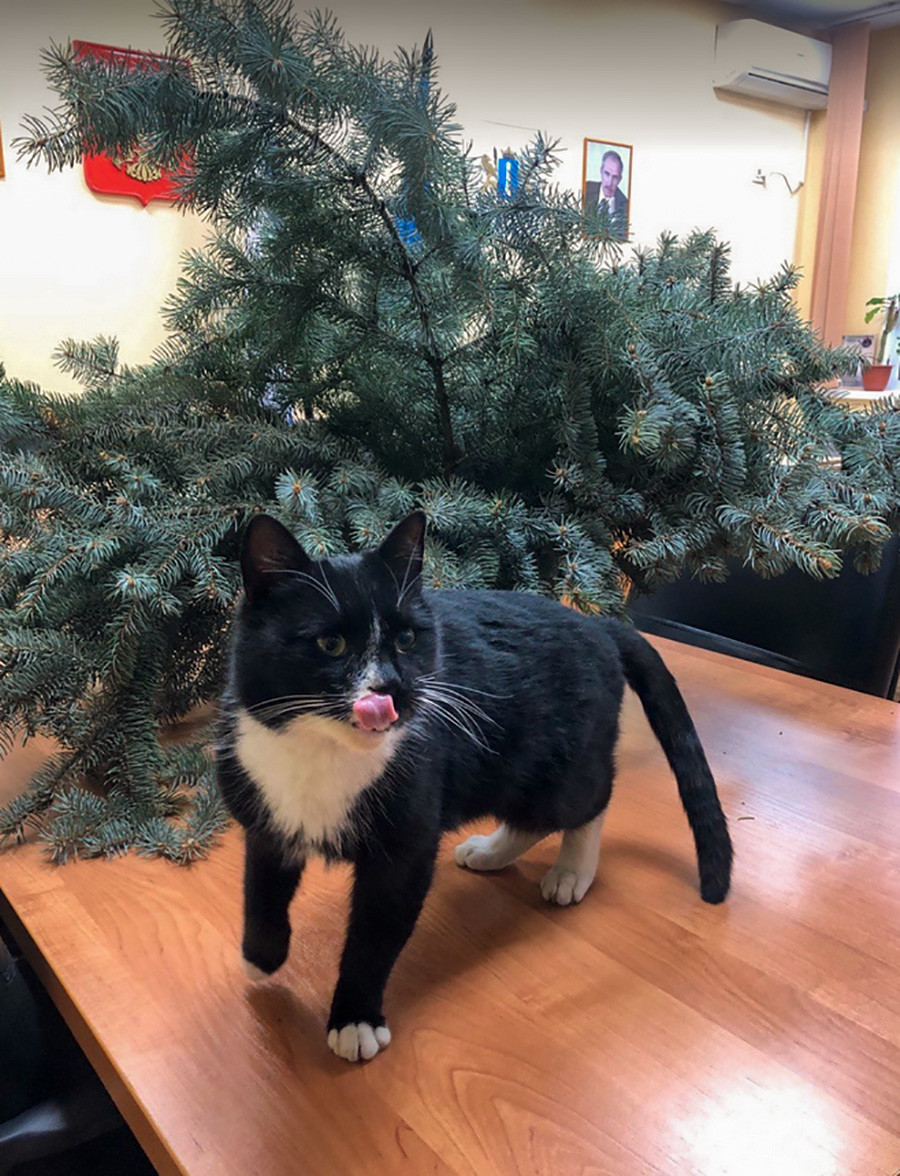 The department also announced a competition to find the perfect name for the rescued animal - users of the Russian social network, VKontakte, have offered to name him Phoenix, Lucky, Misha (in honor of the savior), or Ulyan - in honor of the city of Ulyanovsk.