Russians fly from Moscow to Moscow - how come? 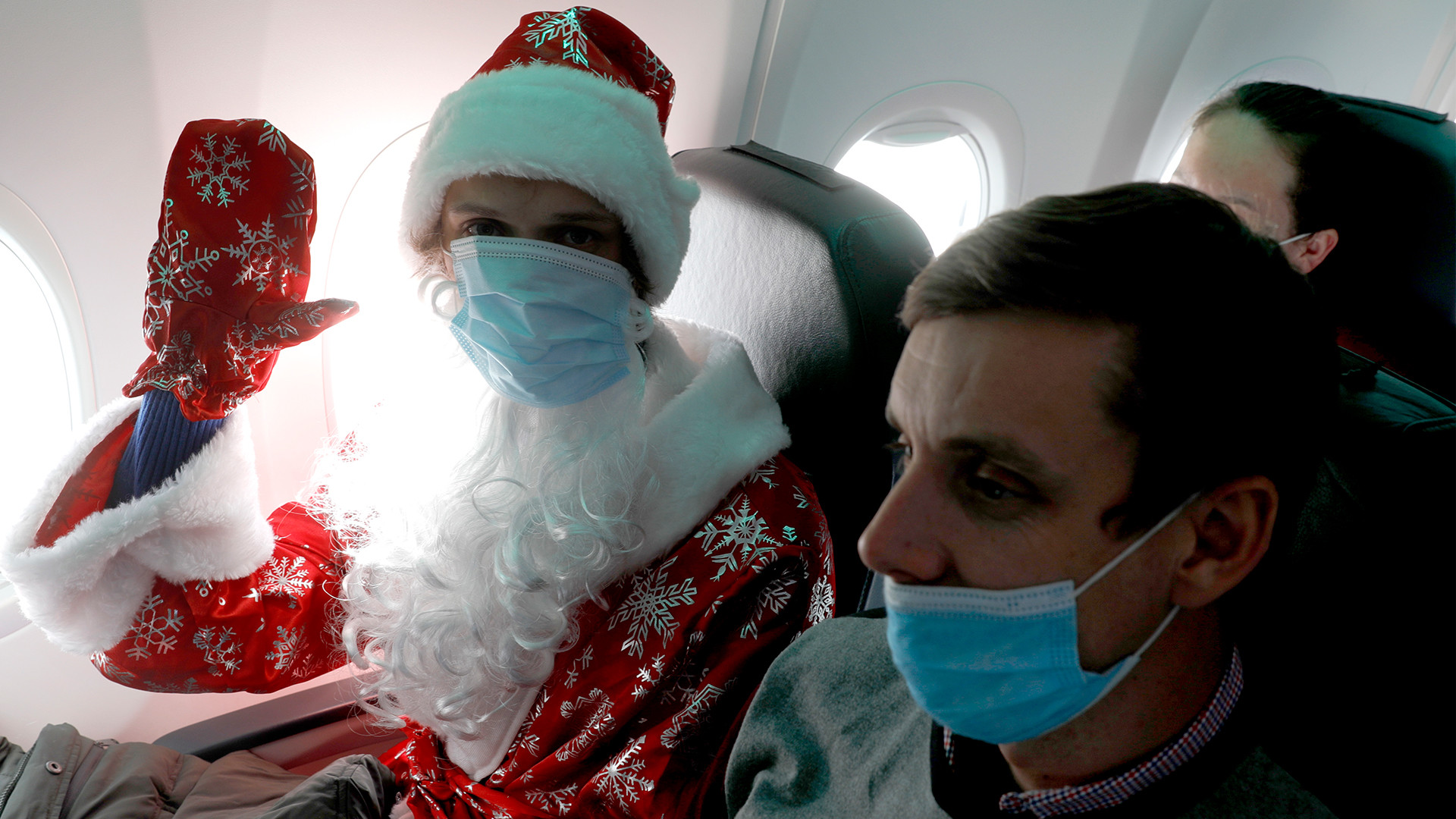 Mikhail Japaridze/TASS
Two hundred people from all over the country came to the capital for a 90-minute flight around the city. And it seems it was completely unrelated to the pandemic.

Makar, a 26-year-old police officer, lives in the small town of Zheleznogorsk-Ilimsky almost 1,000 km by road from Irkutsk. In December, he was given two weeks’ leave, so he had plenty of free time. Early on the morning of December 18, he came out of a small panel-built apartment block, shivered and breathed out a cloud of steam - it was -23 degrees Celsius outside. He got into his car, warmed up the engine and 14 hours later, by evening, arrived at Irkutsk airport. A flight to Moscow’s Sheremetyevo airport took another six and a half hours. After a brief nap he headed for another Moscow airport - Vnukovo. The whole journey had taken him over 24 hours and, finally, at 7:30 in the morning, 30 minutes before the start of check-in for his next flight, he was already waiting inside the airport building. 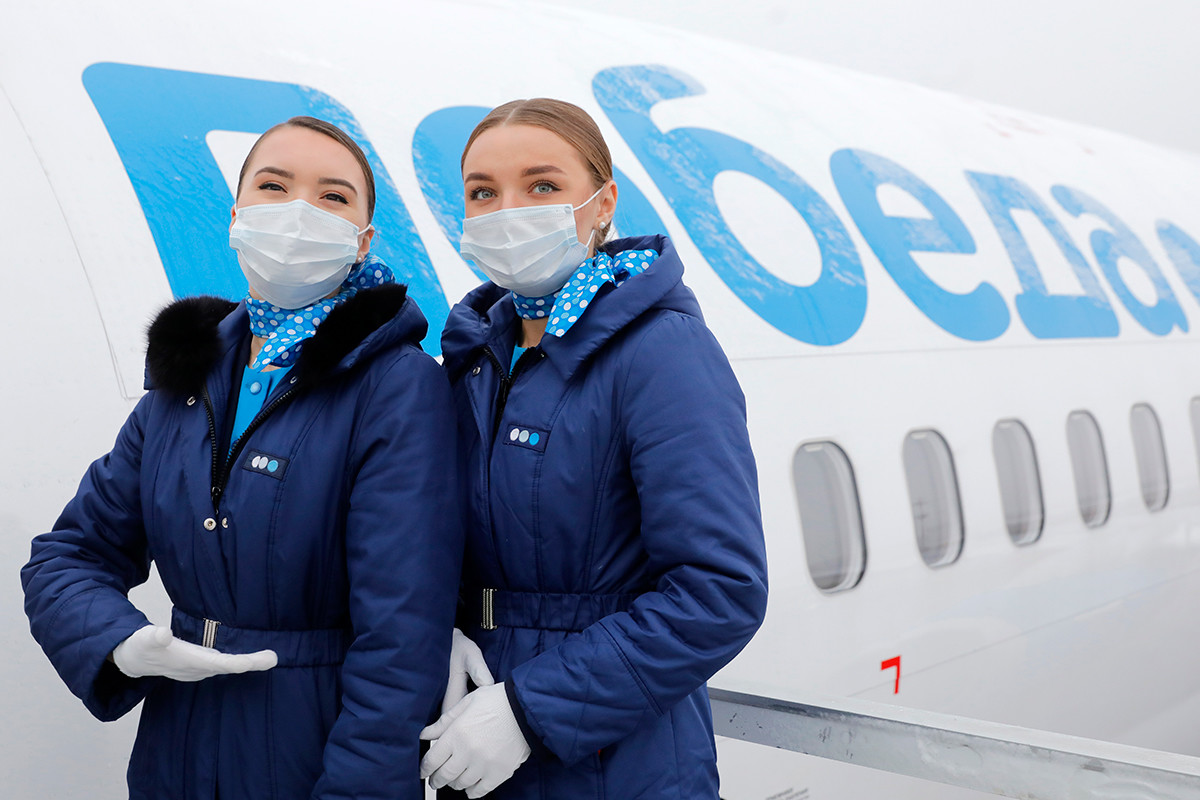 “And you know what? I wasn’t even first, so I had to get in line,” Makar explains in a weary voice.

He made the whole journey for the sake of a 90-minute excursion flight on a plane belonging to the Russian low-cost airline Pobeda, organized by Alexei Kochemasov, a pilot and the host of the ‘Nebonutye’ (“Sky Crazy”) podcast about Russian aviation. The flight takes off from Vnukovo, circles around Moscow and returns to the airport of departure.

How did the first such flight go and why did Makar and other passengers fly in from afar in order to “fly to nowhere”?

Fight for tickets and window seats

A ticket for the flight from Vnukovo to Vnukovo cost 7,500 rubles (approx. $100). In December, you could fly from Moscow to many Russian cities for this money - at least to those that are less than a six-hour flight away. Still, tickets for the flight “to nowhere” sold out within minutes.

“All the tickets were gone in the twinkling of an eye”, “I made it, hooray!”, “Everything is sold out. Will tickets go on sale again?” read the comments on the ‘Sky Crazy’ podcast on Instagram on the day the tickets went on sale. Owing to high demand, another flight had to be organized for the next day and the tickets for it sold out just as quickly. 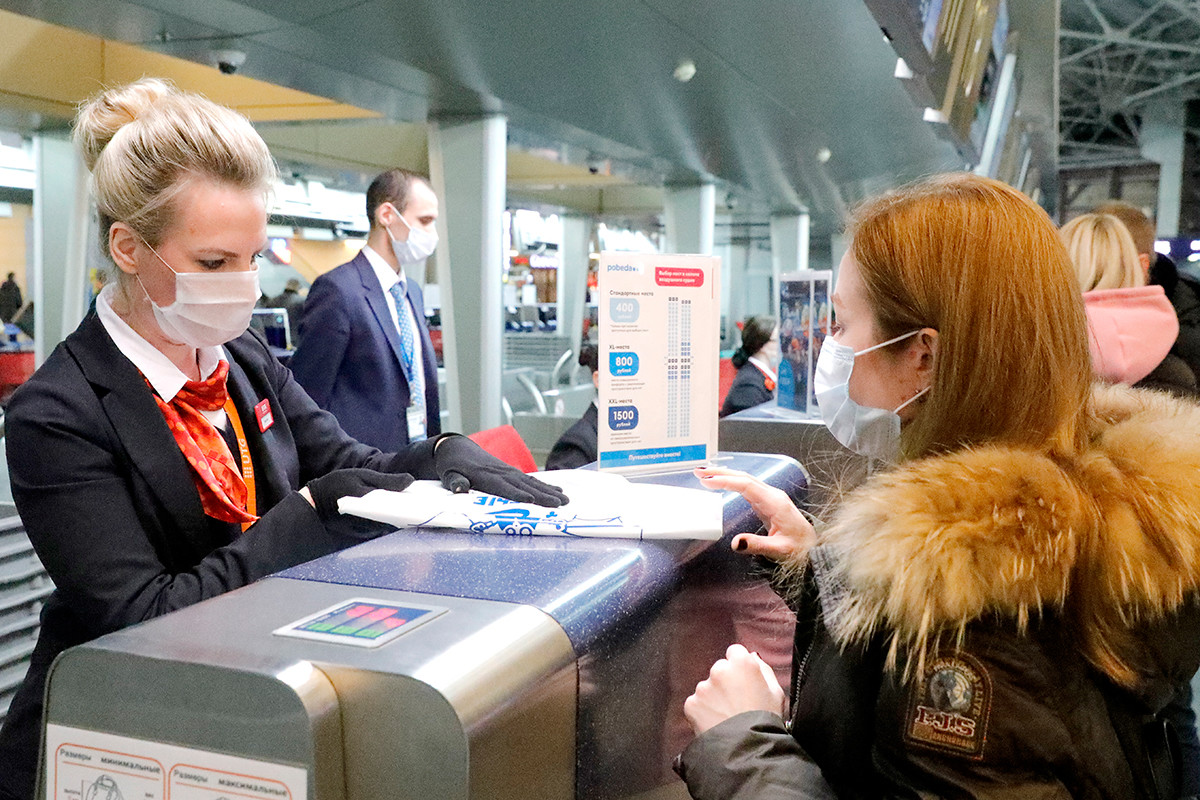 According to Makar, it was no accident that the lucky ticket holders came to the airport before check-in opened. One couldn’t choose a seat when buying a ticket, so everyone tried to grab a seat by the window. No-one had heavy suitcases or bags - at most, people had small backpacks.

“For the majority of ordinary people, an airplane is just a means of getting somewhere fast, but for us the flight itself is an adventure,” explains Makar.

After check-in, one of the passengers, 34-year-old chemical engineer Olga Pavlovskaya, was in such a hurry to board the plane that she accidentally ended up in the international departures zone. 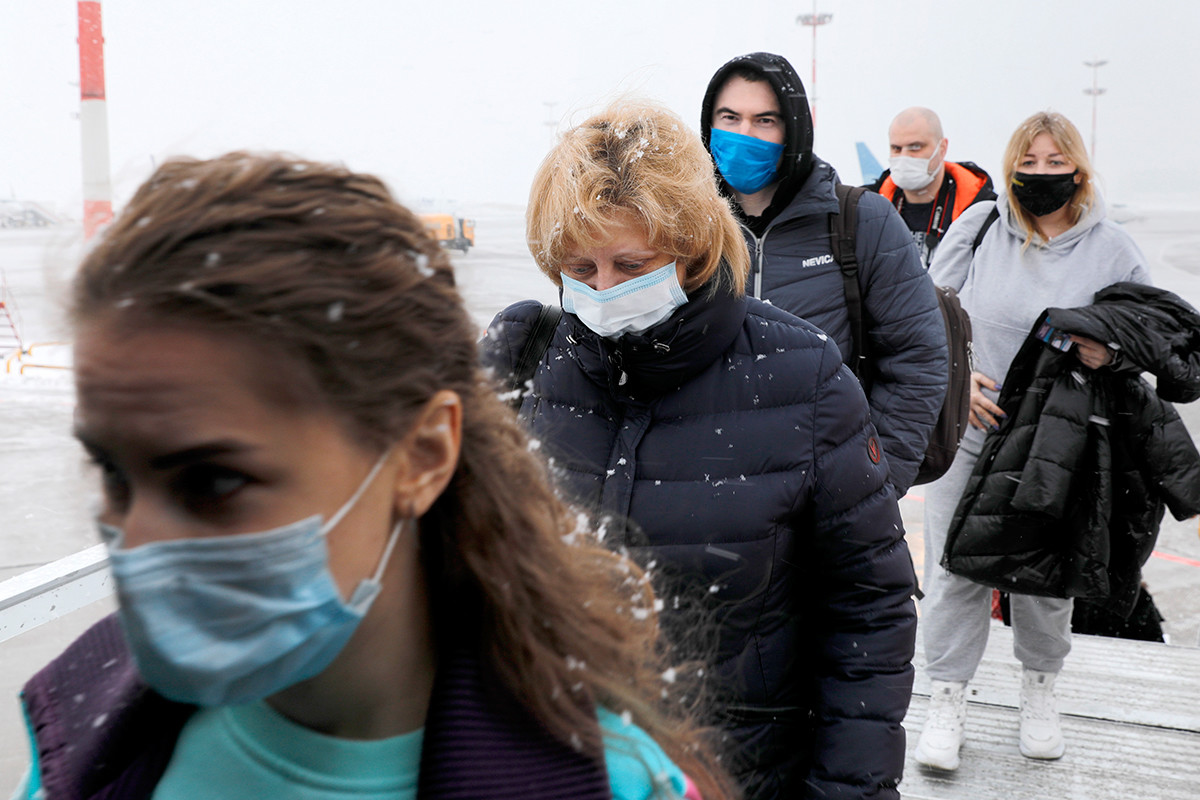 “It took me several minutes to try to explain to airport staff why my ticket said that I was flying from Vnukovo to Vnukovo - they thought it was a mistake. Then I showed them a bag of small souvenirs which I had been given at check-in - look, I am one of the ‘sky crazy’ enthusiasts. When they realized what it was all about, they had a good laugh,” says Pavlovskaya.

Boarding the Boeing 737-800 was like for any other flight, with one difference - passengers were allowed to take photos with the flight organizer, Alexei Kochemasov and other crew members. This is normally prohibited on Pobeda flights.

The flight itself closely resembled a lecture about aviation - pilot Kochemasov sat where the stewardesses usually sit, and for an hour and a half he used the passenger address system to spin aviation-related stories, explaining why the engines vibrate sometimes, why liquid is poured on airplanes in winter prior to flights, and what happens throughout the duration of a flight.

“Normally, when you fly, there is something happening all the time - something shakes and strange announcements can be heard with mysterious codes and you have no idea whether to be scared or not. But here, everything was explained and you felt absolutely unperturbed. In my view, all flights should be like this,” Pavlovskaya says. 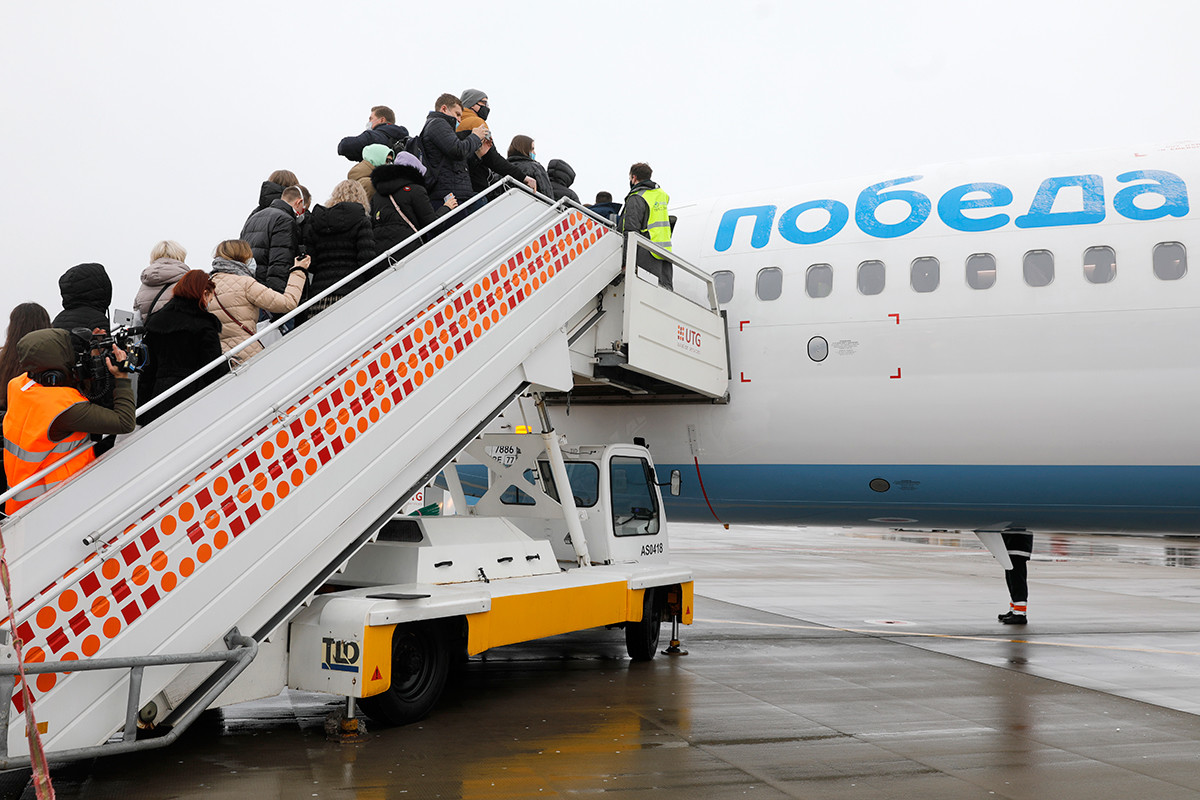 While the talk was taking place, the plane flew over the historic towns of the Golden Ring, but they weren’t visible because of the clouds.

“But when we ascended above the clouds and saw bright sunshine, tears welled up in my eyes - I realized how long I hadn't seen the sunshine and the extent to which I had missed flying. I immediately seemed to enter another world and to find peace of mind,” says another of the participants in the flight Vera Timofeycheva, a stylist from Moscow.

After his talk, Kochemasov handed out autographs and answered questions about the flight and also raffled off several prizes, including an Aviator watch.

“I didn’t win anything, of course. The watch in the draw was won by a passenger sitting in another seat,” Makar admits ruefully. 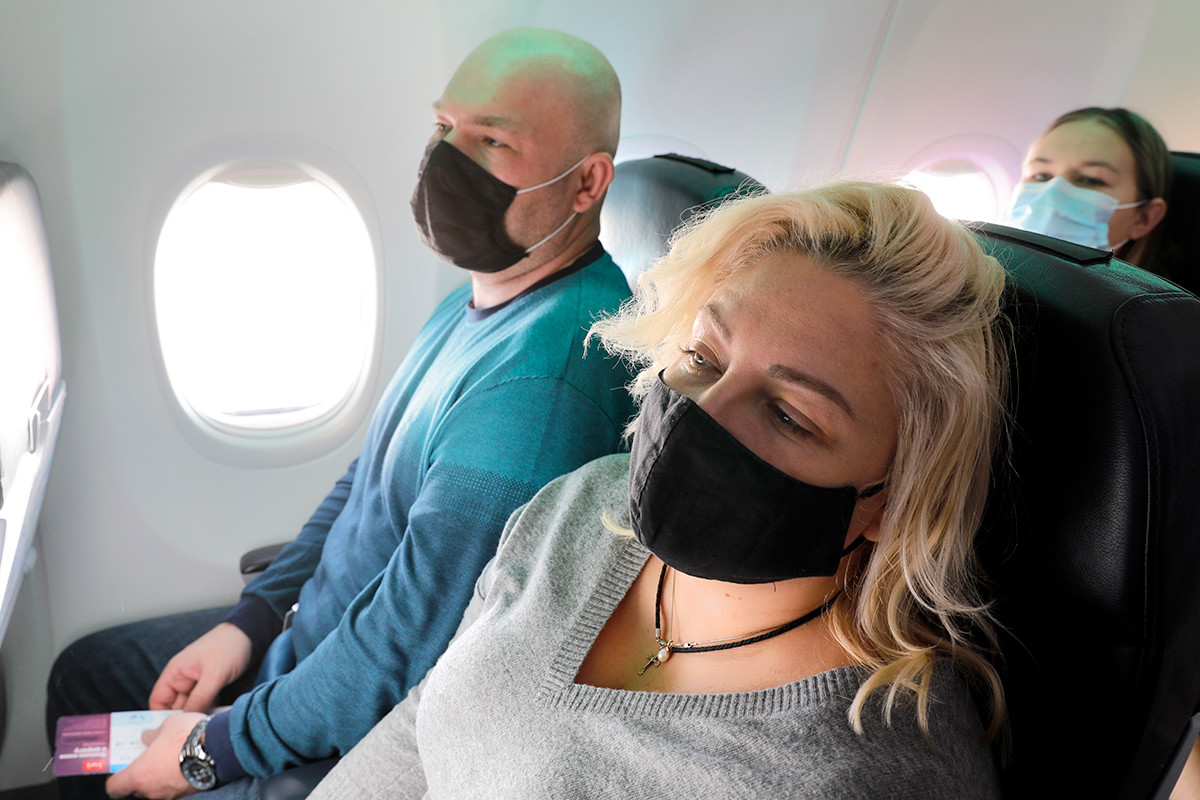 During landing, the plane aborted its approach and was forced to go around again because the preceding flight hadn’t cleared the runway in time, according to Pavel, a 24-year-old IT specialist from Moscow.

“We began our descent, there wasn’t long to go before touchdown and Alexei was telling us about the undercarriage and then there was a sharp acceleration of the engines and the plane started to gain altitude rapidly! Without interrupting his commentary, Alexei calmly announced: ‘And what you can observe now is the plane going around again after a missed approach.’ It was the first time in my life this had happened and the cost of the ticket was worth it just for that," Pavel says.

Even after landing, people did not want to disembark. Passengers stayed on to take photos with Kochemasov, the captain and the stewardesses and also to ask when the next flight would be and whether a flight of this kind could be organized in the North in order to witness the northern lights.

‘While we’re flying, look and enjoy’

“I was flying from a young age. We still had Yak-40s flying to Irkutsk - I still remember their round portholes. I remember the smell of kerosene and of cheap Soviet plastic in the cabin of the Tu-154. I even adored aircraft food… For me, when I was a child, any flight was a source of happiness,” recalls Makar, explaining the reason for his love of flying.

With age, his interest in aircraft grew stronger, but people who knew him found his enthusiasm strange. After serving the army, he decided to train as a pilot privately, but when he went to the nearest flying club, he realized that the training would be too expensive. 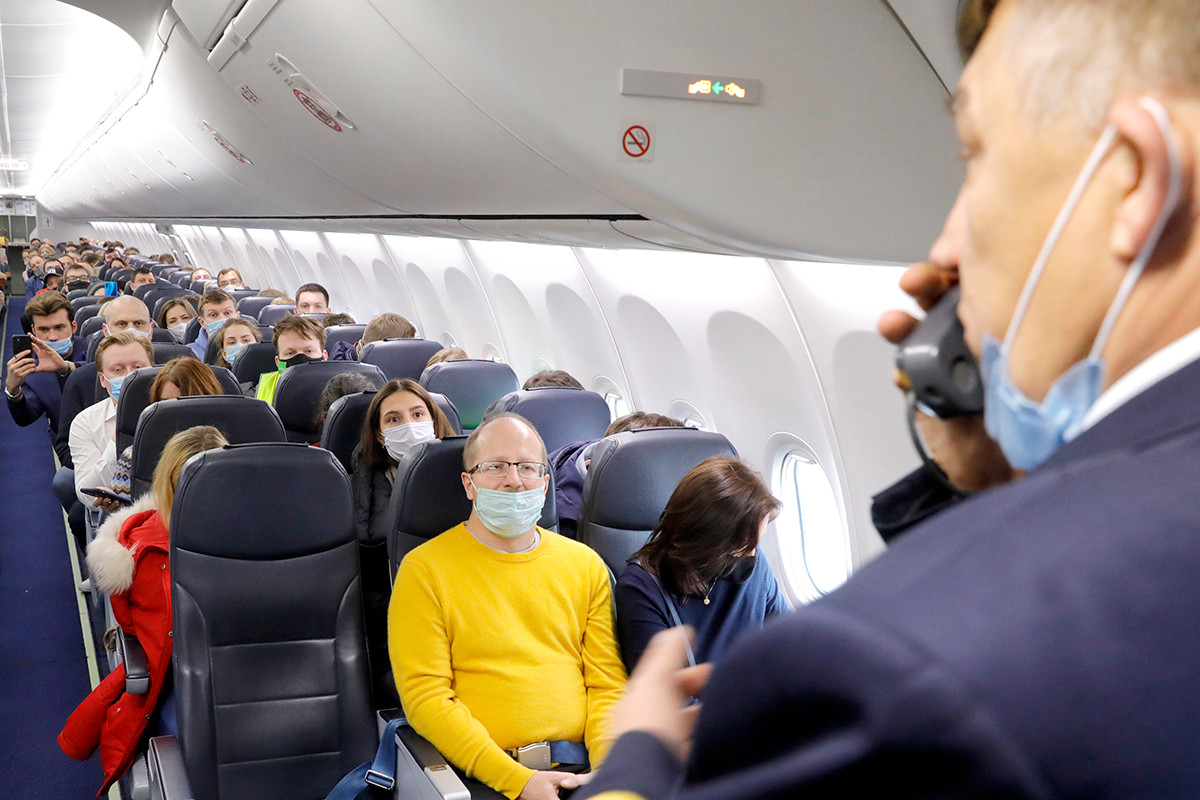 “It struck me that it would be better for me to spend more time in the air as a passenger for less money,” Makar explains.

According to Pavel, the IT specialist from Moscow, there were a lot of programmers on the flight - he believes that many people from “sedentary” professions are attracted by the sensation of freedom and sense of adventure experienced during take-off.

“I started with a parachute club, where we made parachute jumps, but then I developed a desperate desire to become a pilot. The profession of pilot always seemed to me something heavenly. Currently, I’m practising on gliders because getting a pilot’s license is too expensive for the moment, but I hope that I’ll be able to fulfil that dream too,” Pavel says.

Many of the passengers on the “sky crazies” flight turned out to be the children of pilots.

“I was literally born and brought up at a flying academy,” says Vera Timofeycheva, the stylist. “While my classmates were lulled to sleep with children’s stories, I went to sleep to the sound of roaring aircraft - our accommodation was right next to the runway and for me it was like a lullaby.”

Thirty-five-year-old Nadezhda, a resuscitation medic who used to work in the air ambulance service, was inspired with a love of flying by a family friend, a pilot.

“He still flies even though he is already approaching 60 and every visit of his was accompanied by fascinating stories. That was how I first came to see photographs of airplanes - made on old Soviet cameras,” Nadezhda says. 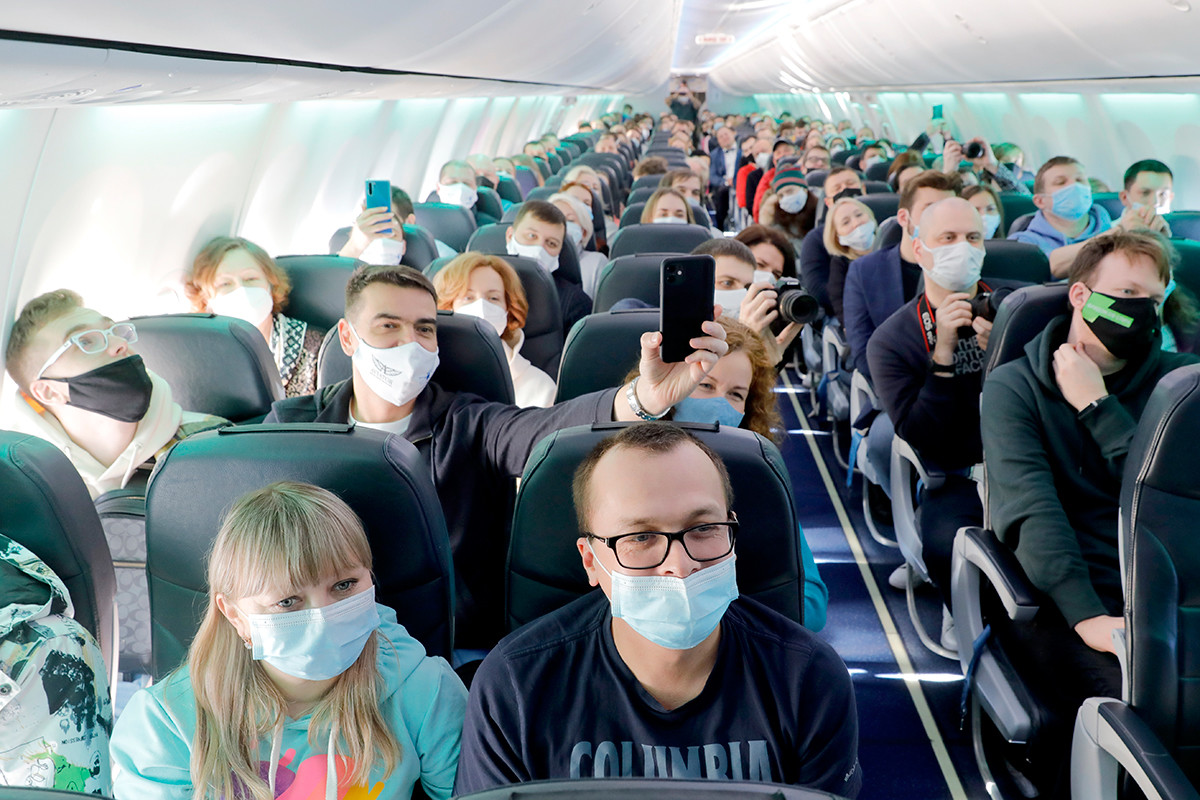 The doctor saw Russia from a low altitude for the first time on medical evacuation flights - because of her work, she says, each flight was accompanied by stress given that the main objective was to save the life of her patients. But even then, if she found herself with a moment to spare, she would continually gaze out of the porthole to admire the various landscapes over which they were passing.

“Pilots always told us: ‘While we're flying, look and enjoy.’ So, for me, any flight became a real antidote to any stress, including the ‘sky crazies’ flight. While everyone was chatting, joking and having a jolly time, I sat quietly smiling, on a high, looking through the window and realizing that for the first time in a long time I was finally happy,” Nadezda says.