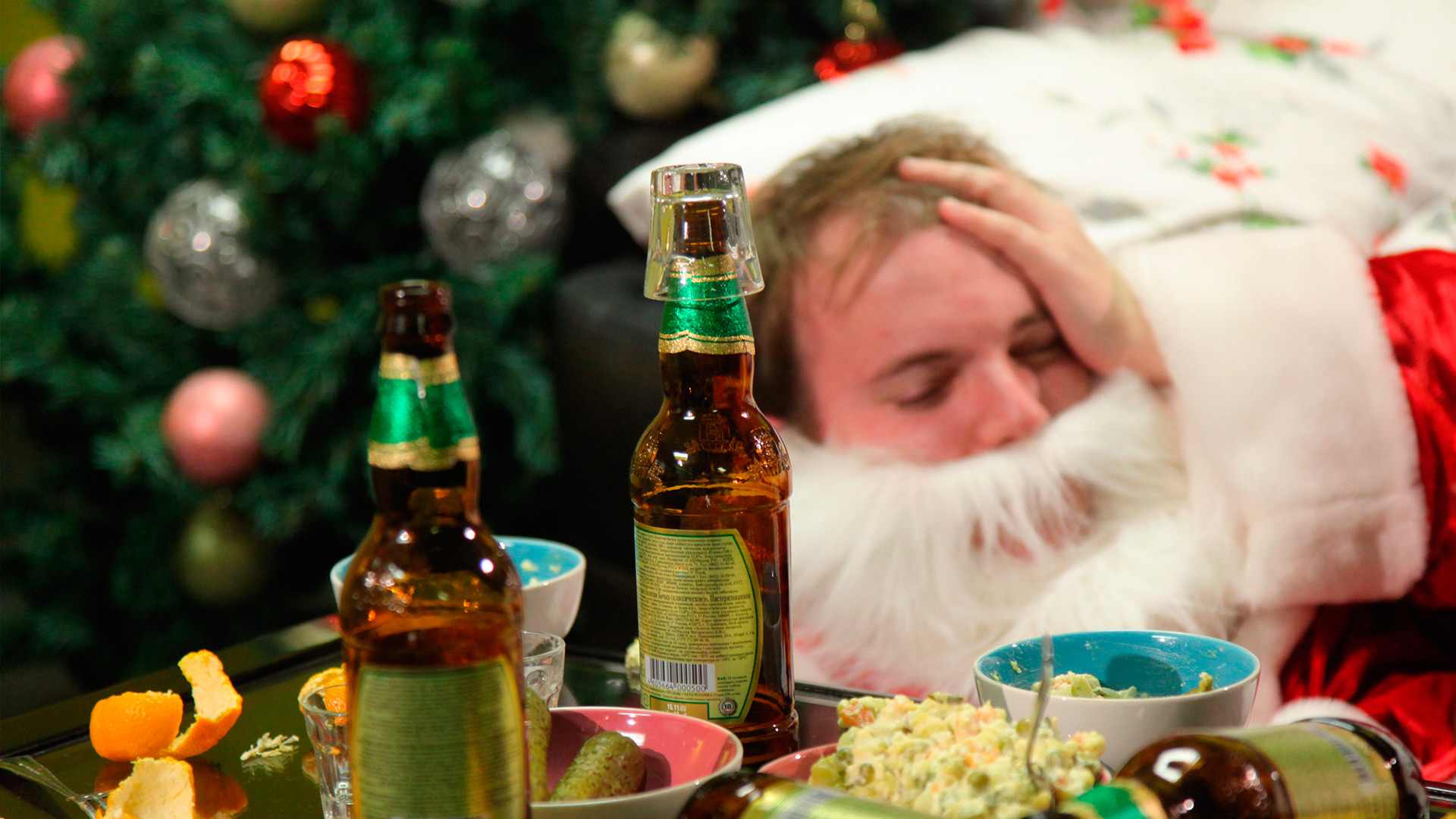 Mikhail Fomichev/Sputnik
While the rest of the world lives their normal life, in Russia, the first day of a new year is usually… dead.

New Year’s Eve is the main holiday in Russia. It’s the most anticipated one and celebrated on a large scale. It’s a true extravaganza. Moreover, it requires a long preparation, lots of money spent on gifts and food and at least two days of cooking and chopping those endless salads.

So, January 1 should really reflect how much fun you had the night before.

When the awaited New Year night finally arrives, Russians celebrate to the fullest. Dress up, eat and drink, forget any diets and health rules, set off fireworks, dance wildly and don’t go to sleep until the very end.

We used to say that if you remember the whole night or if you don’t have a hangover in the morning - the New Year celebration failed.

2. Wake up closer to lunch time

Just like Paris Hilton in her prime, Russian New Year animals go to bed closer to the sunrise, which is not that early during Russian winters. And when you fall asleep after 5 am, you most likely wake up at 1 pm or even later.

3. Start the day with champagne

Farewell to the gone year with champagne and welcoming a new one with champagne. That’s a rule, almost as holy as watching the president’s speech before midnight. Even drivers start their January 1 with champagne, because on this day… they don’t need to go anywhere!

For the first New Year breakfast, Russians always eat salads remaining from the party. Mayo in the morning? Easy! Given the fact it’s 2 pm already… Then, it would be nice to have some caviar with bread and butter. However, there’s rarely any caviar left over on January 1! Finally, all good housewives usually prepare a fatty baked duck in advance - so that becomes another breakfast snack.

On January 1, even those who usually don’t watch TV, turn it on, because there are great movies on agenda the whole day. Good old Soviet classics, as well as contemporary comedies, New Year romantic movies and more. (Here’s our list). By the way, we also LOVE Home Alone and watch it on New Year, not Catholic Christmas.

Please don’t even think about working out on January 1, that’s just against the rules of logic. The only thing you can do is clean up the dishes and house after the wild night. Russians who live at a crazy pace, let themselves be lazy this day. Wear pajamas, lay on the sofa, talk to roommates or friends and just enjoy this very special moment.

Closer to the evening, when Russians are already more alive, they decide to go outside. They also frequently dress in New Year costumes - putting on a Grandfather Frost’s hat or coat. No need to go anywhere or strain yourself for a ride. Just a lazy walk with friends, setting off some more fireworks and sparklers. And if the weather is great, throw snowballs or make a snowman together!

BONUS (Up to you) - drop by the relatives

If the line was busy last night, now is the time to call all your friends, parents and relatives and congratulate them with the New Year. But if you keep to point 6 of our list, just arrange a Zoom call with everyone. But don’t worry if you are too lazy for this, either. January 14 is Old New Year in Russia (read more about it here) - and you can repeat everything!