How to order vodka the Russian way 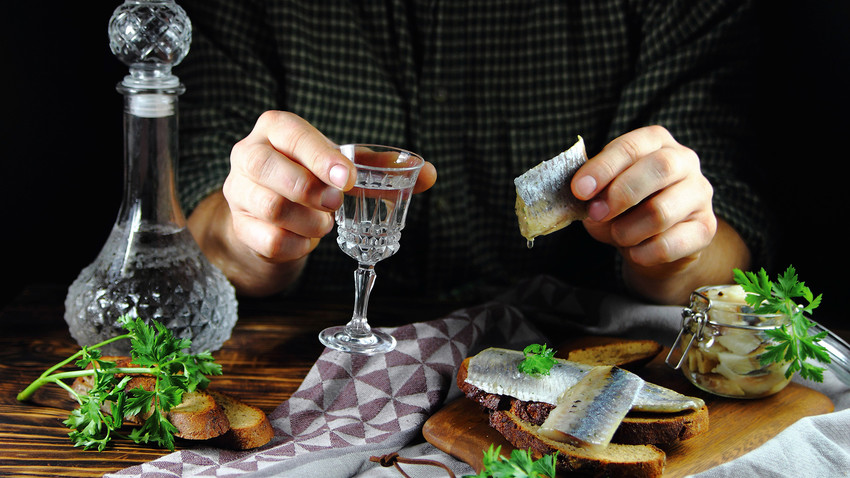 Getty Images
What’s a Russian ‘single’? How does one properly say ‘a bottle of vodka’ in slang terms? These and other handy tips to talk about vodka in Russia like a pro.

You don’t say to the bartender: “Hey fella, pour me another 40 grams,” do you? However, that’s exactly the way hard spirits are most often ordered in the Russian language. Read on to get savvy with Russian slang terms for different volumes of spirits. 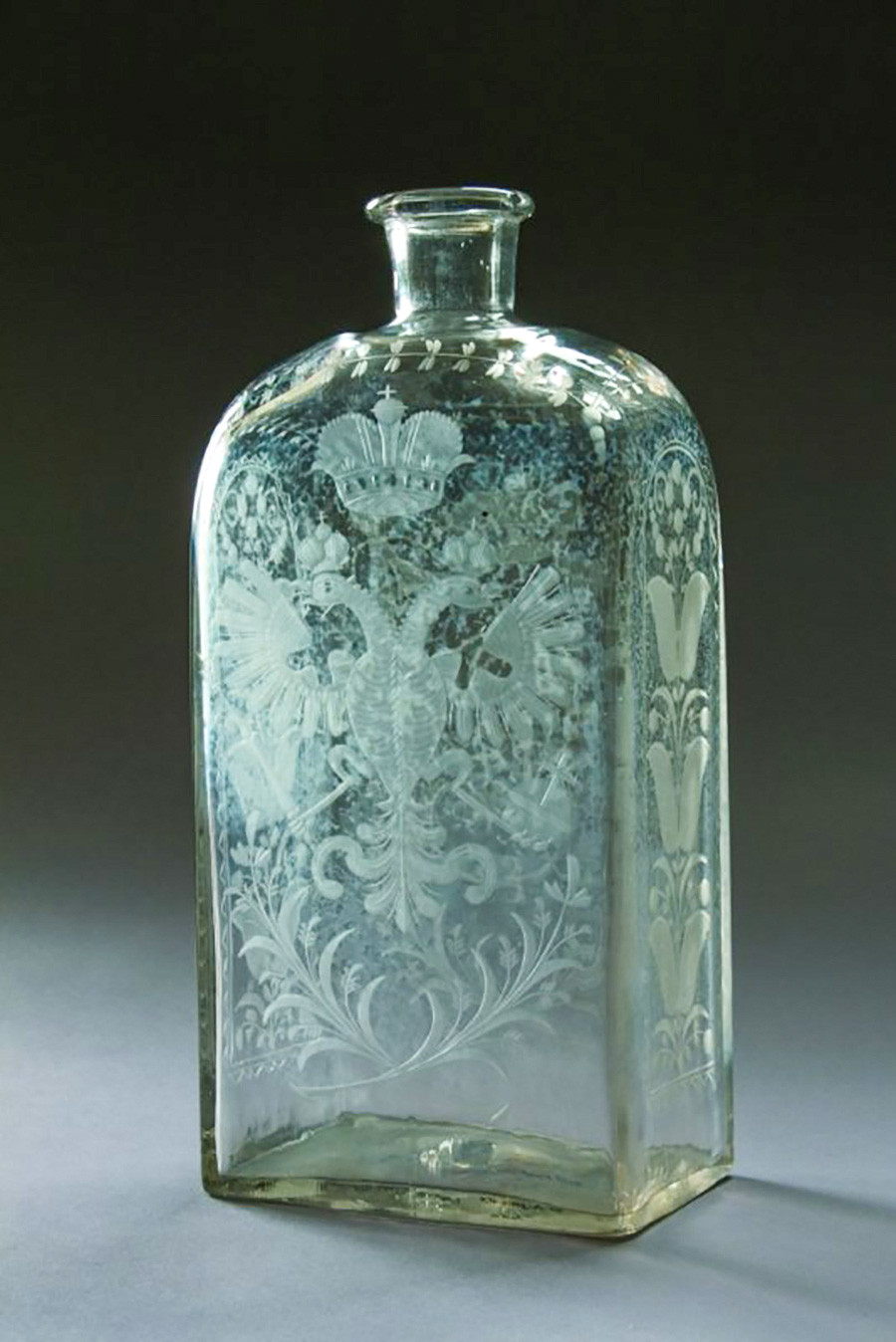 A Russian shtof of the 18th century 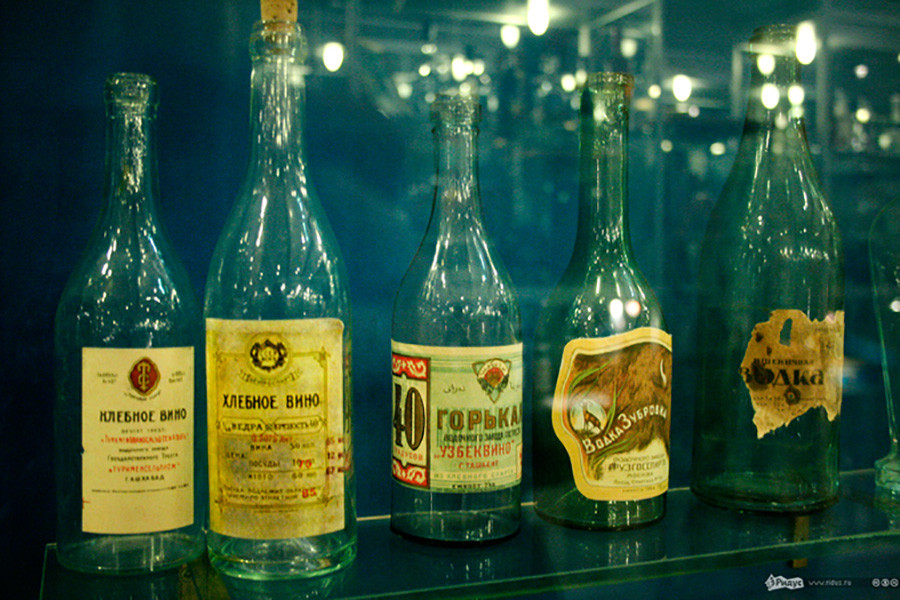 In 1918, the Soviet government introduced the use of the metric system in Russia. Since then, all volumes were to be measured in liters. When, in 1923, the Soviet government started the production of “official” vodka, Русская горькая (“Russian Bitter”), it was sold in 0.5-liter bottles. Accordingly, the Soviet drinking glasses at the time were 250 ml, 100 ml and 50 ml.

Grams according to Stalin 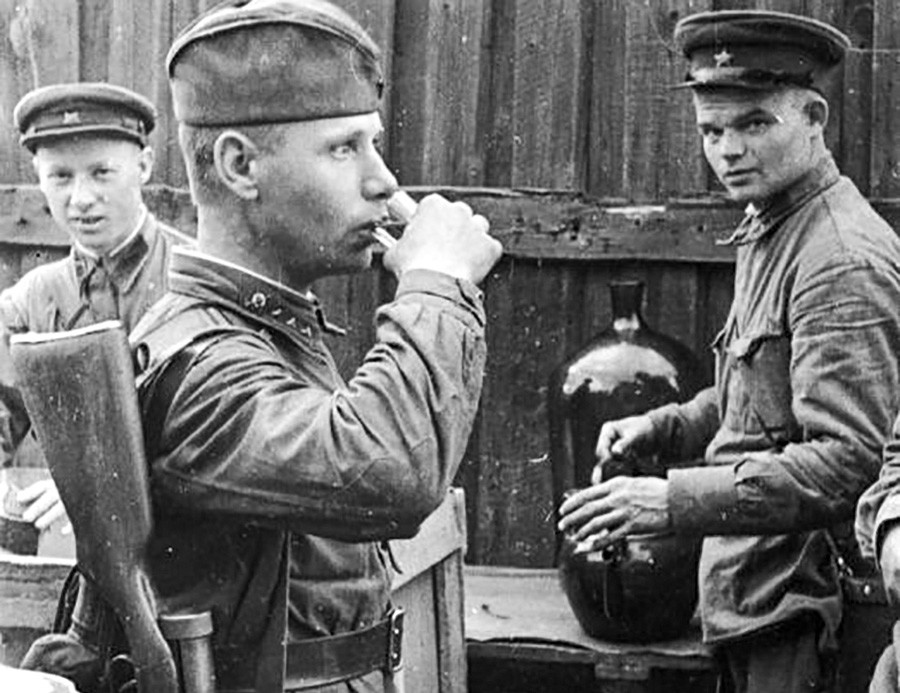 A Soviet soldier downing his 100 grams.

So, a Russian shot is 50 ml of vodka, as opposed to the usual European/American 40 ml. But why are vodka and other spirits commonly measured in grams, not in milliliters?

Until the end of the 1930s, the same old shtofs and shkaliks were commonly used when talking about vodka. It changed during the Winter War (1939-1940) against Finland. In 1940, People’s Commissar of Defense Kliment Voroshilov appealed to Joseph Stalin with a request to give 100 grams of vodka to the soldiers and commanders of the Red Army. No one knows why Voroshilov used the word “grams” instead of “milliliters”, he just did. 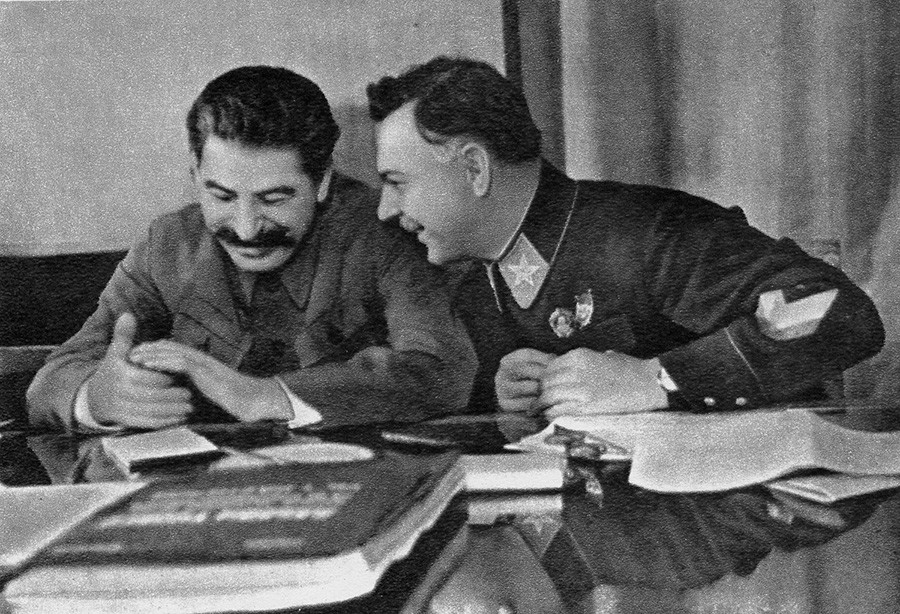 The request was fulfilled. Tank crews received 200 grams of vodka daily, pilots – 100 grams of cognac. We can say that since then, the phrase “the narkom’s 100 grams” became a kind of a Soviet meme (narkom – an abbreviation for narodnyi komissar, or “People’s Commissar”, meaning it was Voroshilov who promoted this allowance).

How to order drinks 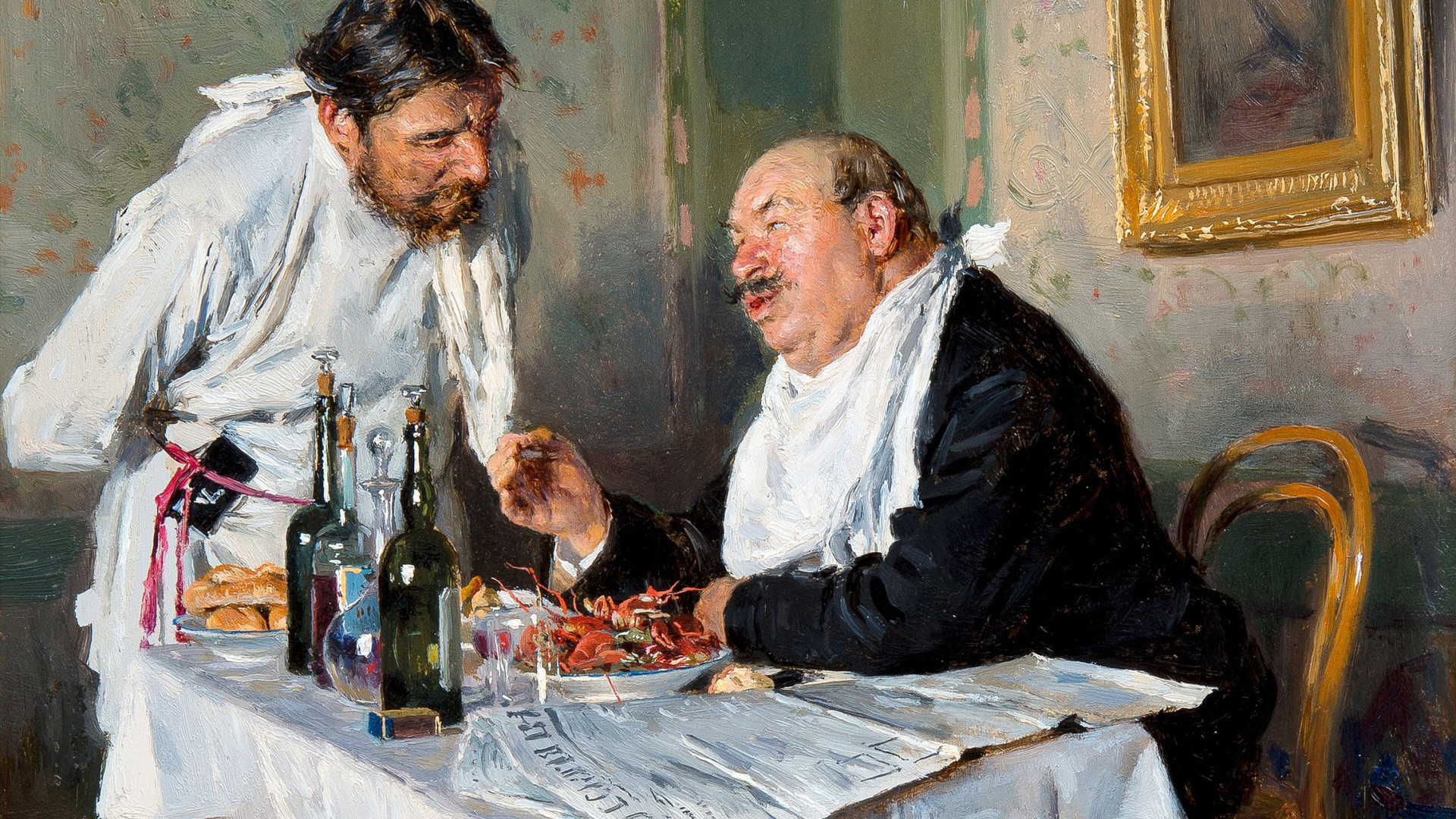 Apparently, since the 1940s, “grams” were used when talking about hard spirits in Russia. But only hard spirits. It would be considered awkward to say: “I drank 200 grams of wine” – with vodka, whiskey, cognac, however, this would be perfectly normal.

When ordering a single shot, one may use the word for “fifty”: pyatdesyat (пятьдесят, 50). “Davay po pyatdesyat” (“Let’s have a 50 each”) is a common get-go for drinking.

“Sto gramm” means “a hundred grams” and you used to say that when you wanted a double. However, some Russian bartenders now use European measurements and, like elsewhere in the world, you get 40 ml in one shot and 80 ml in a double. 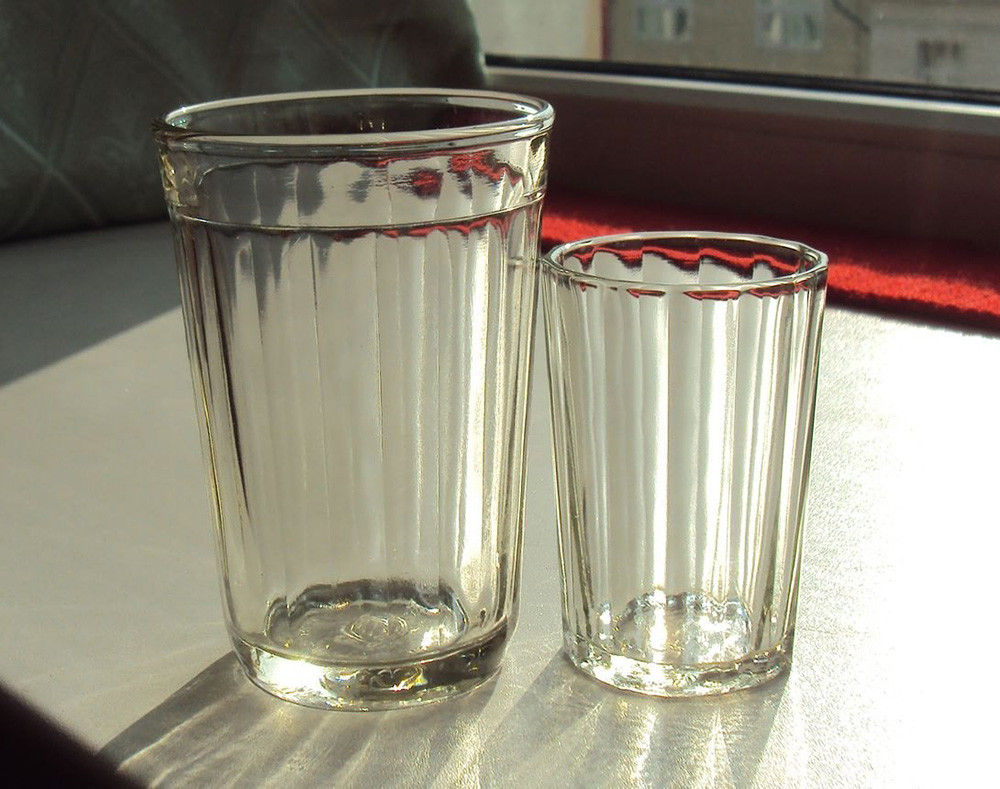 As we mentioned in a separate article, a bottle of 250 grams is called a chekushka and the same volume is a classic Soviet glass (tumbler) designed by Vera Mukhina. But in ordering drinks, this volume is not used anymore. As usual, following shots and doubles is a bottle.

A bottle is commonly called a pollitra (поллитра, “half a liter”) because of the volume and this is also the most common slang term for a bottle of vodka. Larger portions? Some drinks are served in 0.7 liter and 1 liter volumes – they have no popular slang terms.