How Russia got its own version of ‘American suburbs’ (PHOTOS) 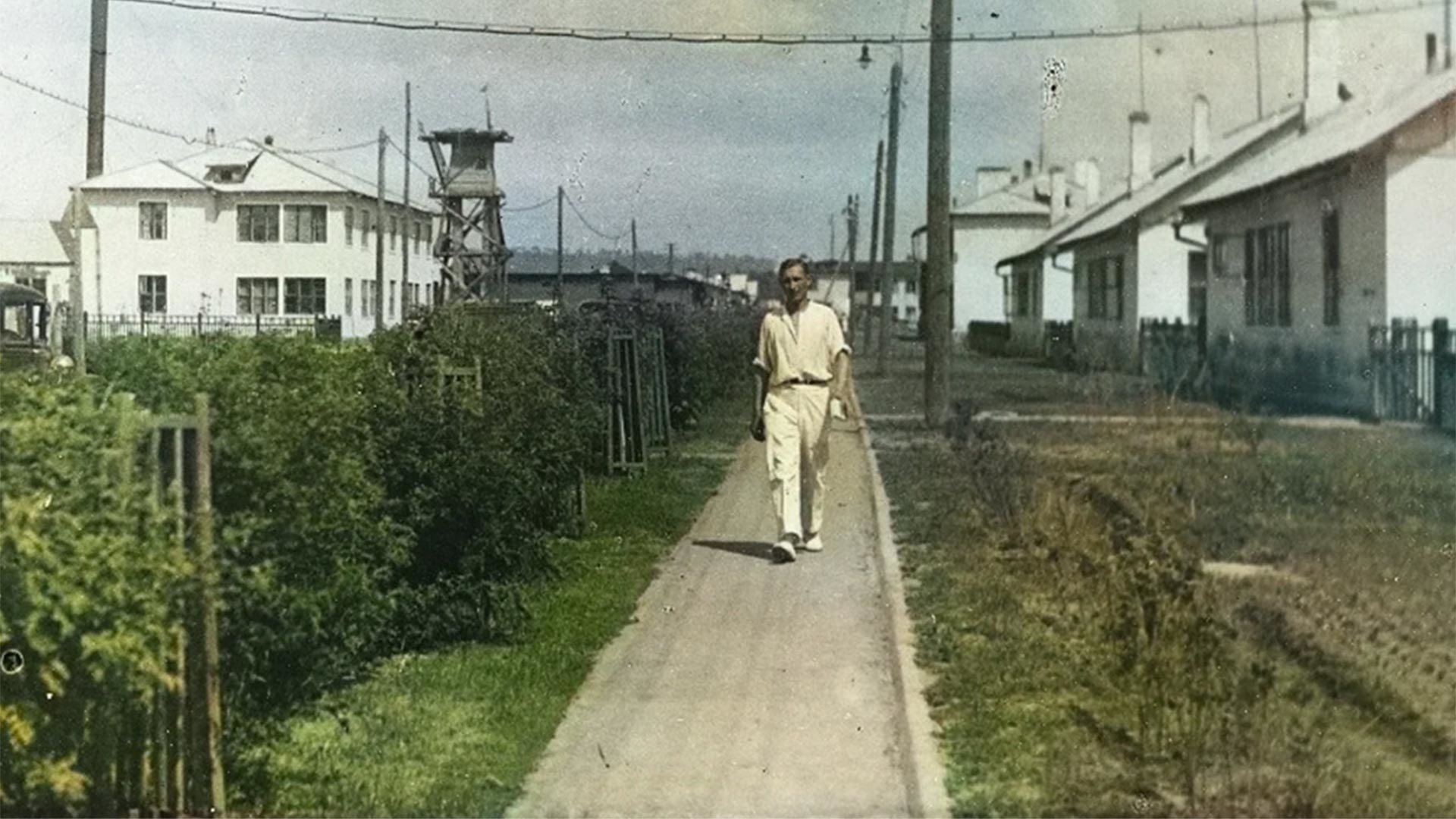 GAZ Museum of History
Traditionally American elements of urban planning have become something of a landmark in some Russian cities. Although many buildings have fallen into disrepair, a number are still inhabited to this day. Some have even been turned into luxury accommodations.

Imagine a typical American suburban scene: two-story houses with lawns and yards for Sunday barbeques, white picket fences and smooth pavements. How many of you would believe that such a thing was not only possible in the USSR - but existed in the farthest reaches of the country?

‘Berezki’ in the Ural district 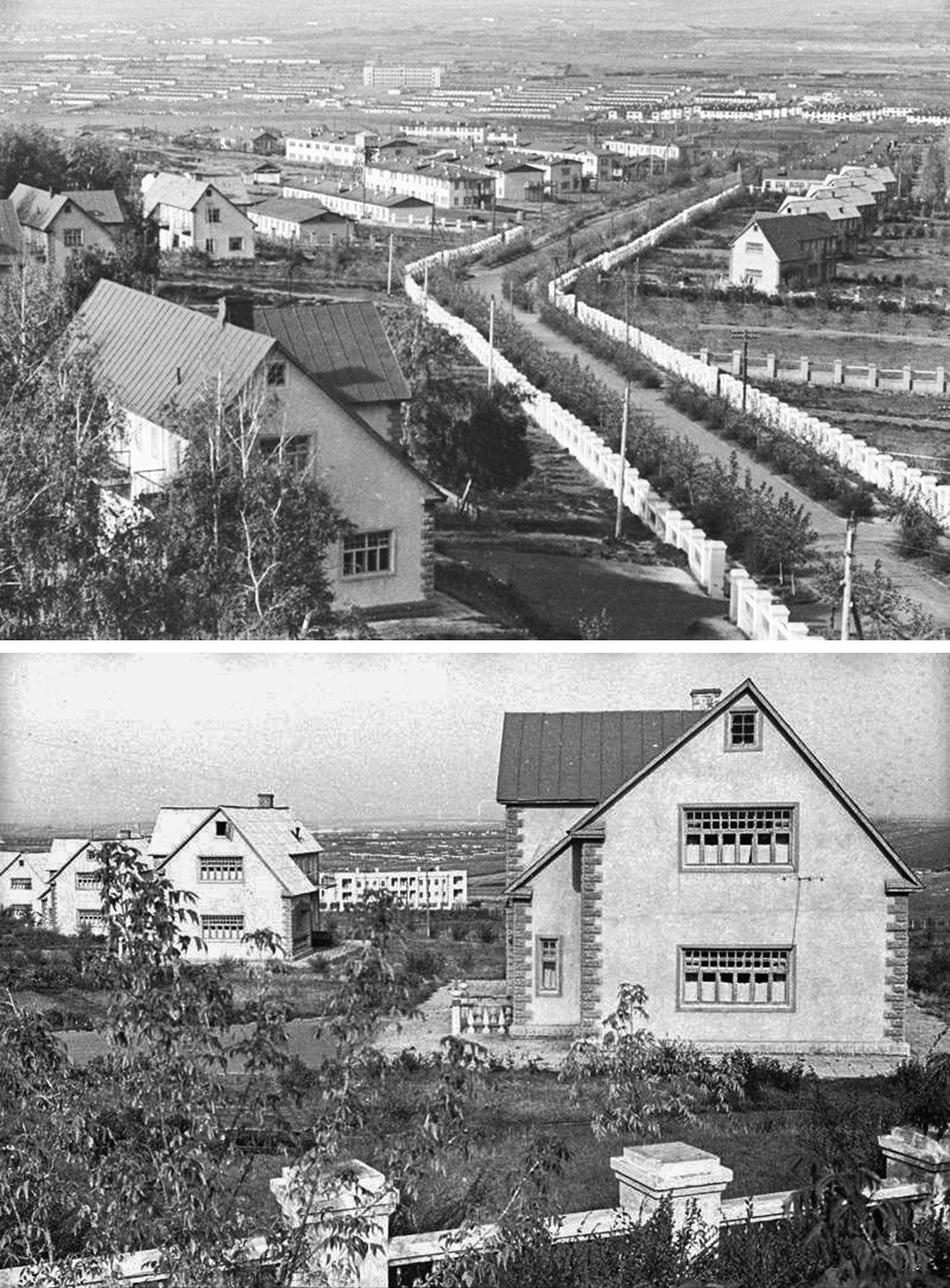 One of the most well-known “American towns” is located in the south of the Ural, in the industrial city of Magnitogorsk. In 1925, the Soviet government decided on building a metallurgical plant there. Five years later, a deal was signed with the Arthur McKee Company to take over the planning and construction. The American engineers arrived in 1930 and presented a plan that was similar to the U.S. Steel plant in Indiana; however, not all of the designs were completed in time and, by the end of the year, the project was passed on to Soviet construction institutes. 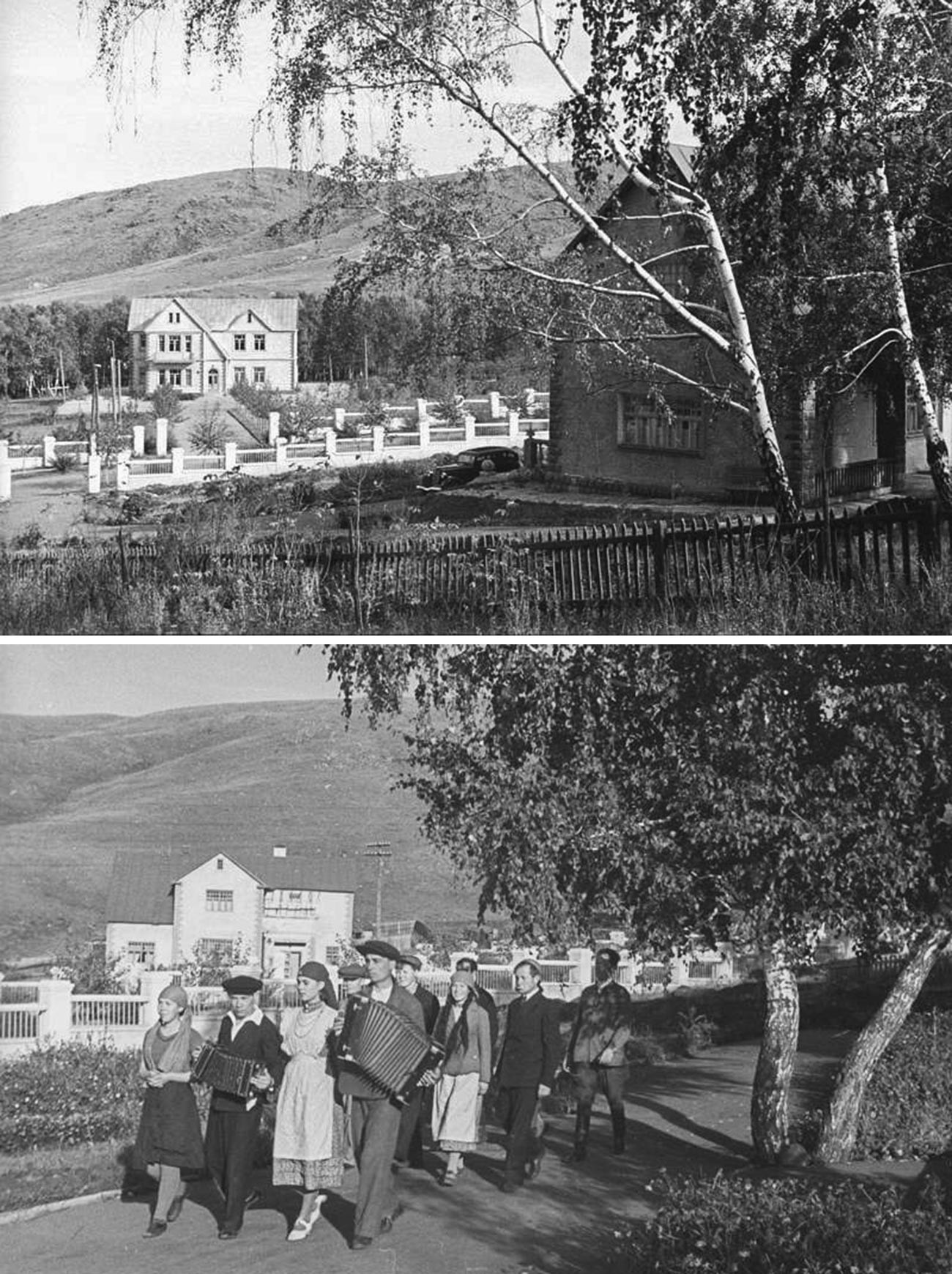 Nevertheless, the township of ‘Berezki’, about seven kilometers from the plant, had already been constructed prior to the arrival of the U.S. engineers. It consisted of lavish cottages with gas, electricity and central heating, as well as all the necessary infrastructure that included traditional American paved paths, as well as tennis courts. The place used to be referred to as ‘Amerikanka’.

Although ‘Berezki’ was classed as a “workers’ village”, ordinary workers never inhabited the place - their accommodation was far more modest - at best, they were cold wooden barracks. 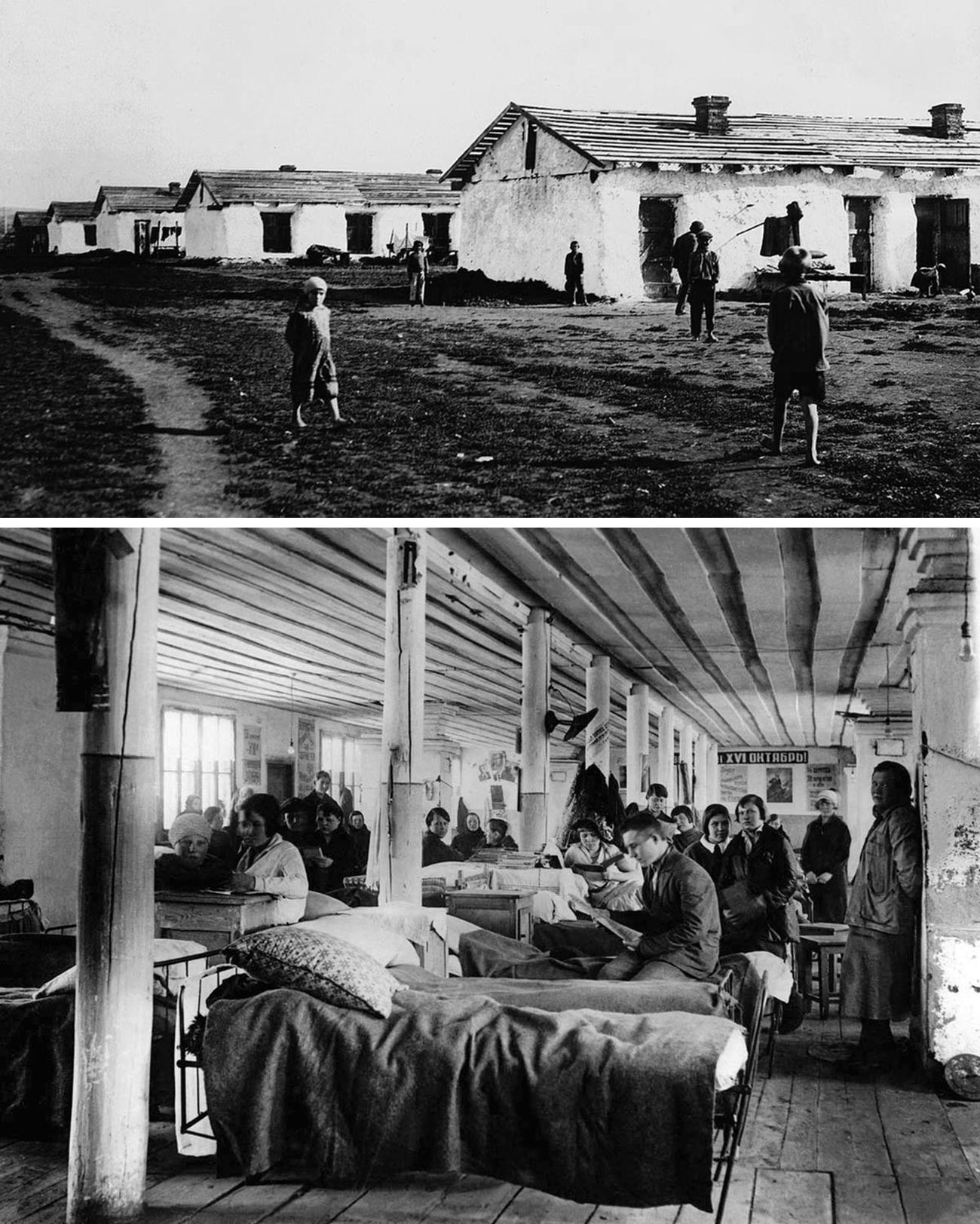 After the Americans left, the cottages were settled by the Communist Party elite. Today, most of these houses have fallen into disrepair and are no longer habitable. Some, however, are still lived in to this day. 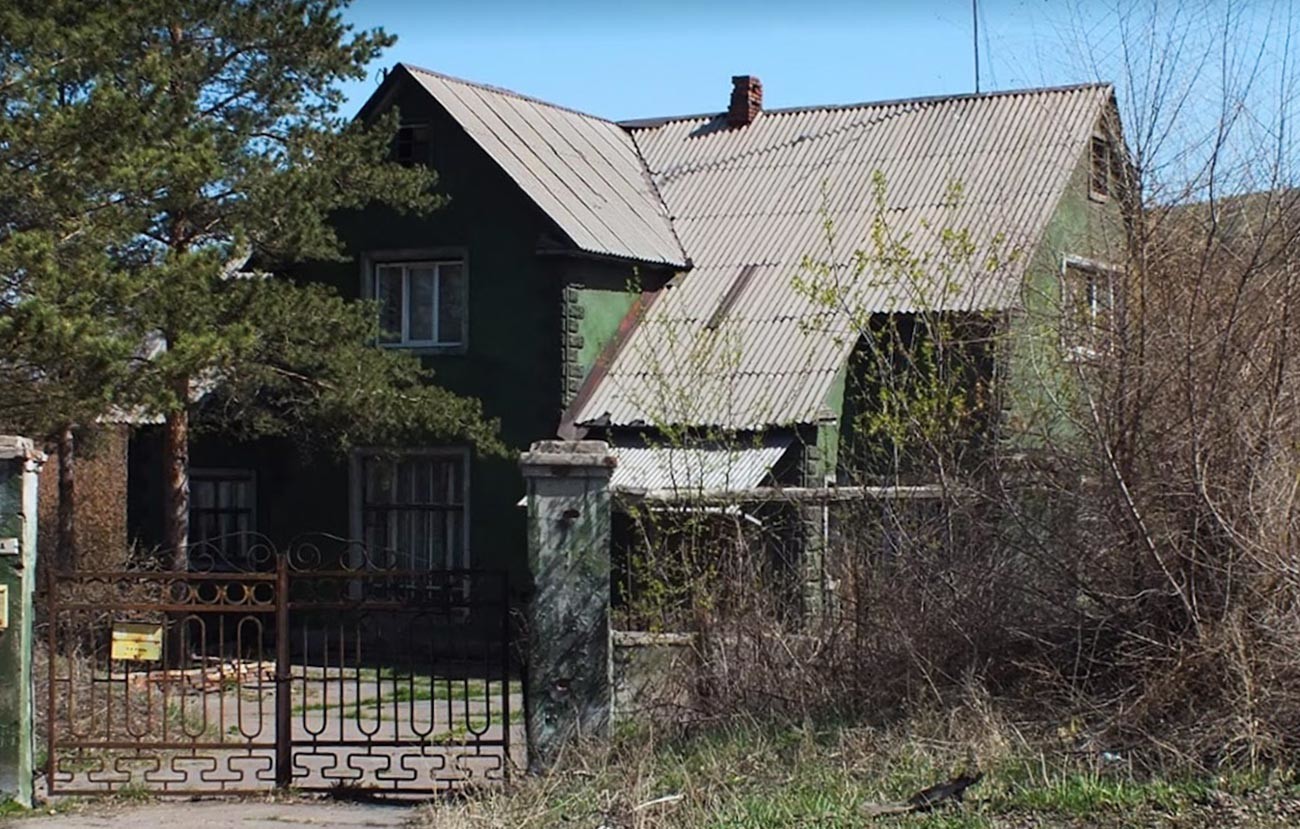 One of the Berezki houses.

The American village in Nizhny Novgorod 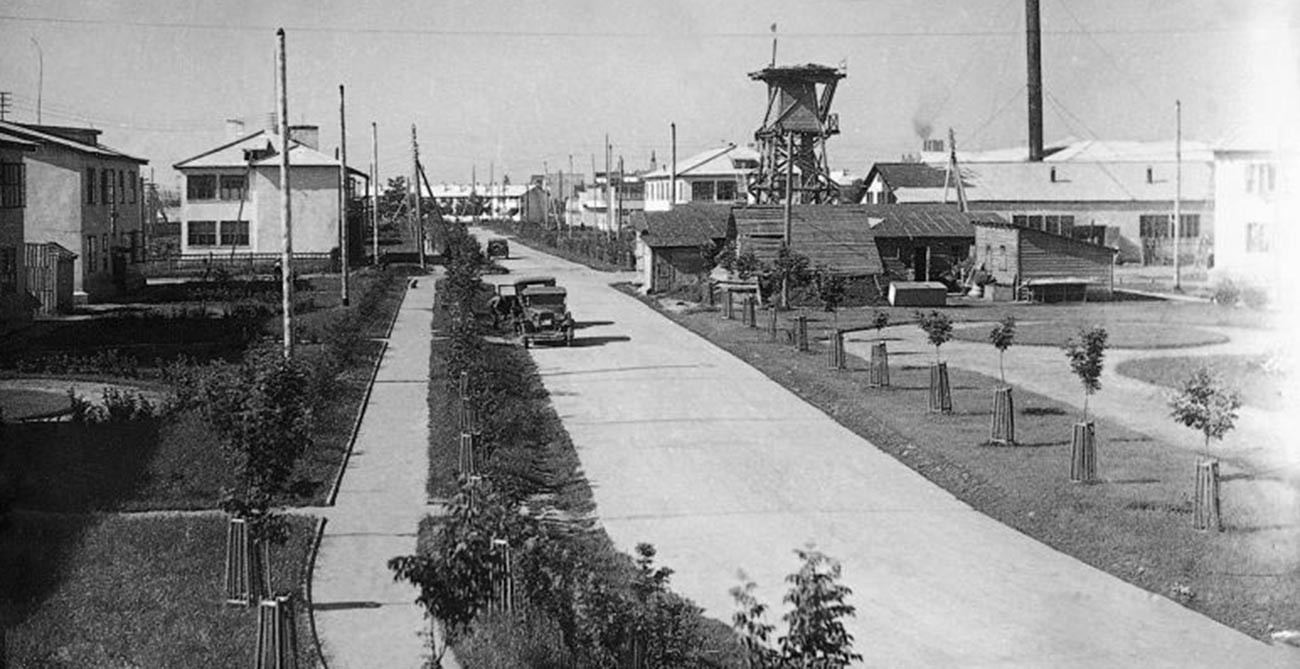 Here is how the American village in Nizhny Novgorod (Gorky) looked like.

This settlement was built for American engineers from Ford and Austin, who came to Russia in the late 1920s-early 1930s to work on the construction of the ‘GAZ’ auto-manufacturing plant. 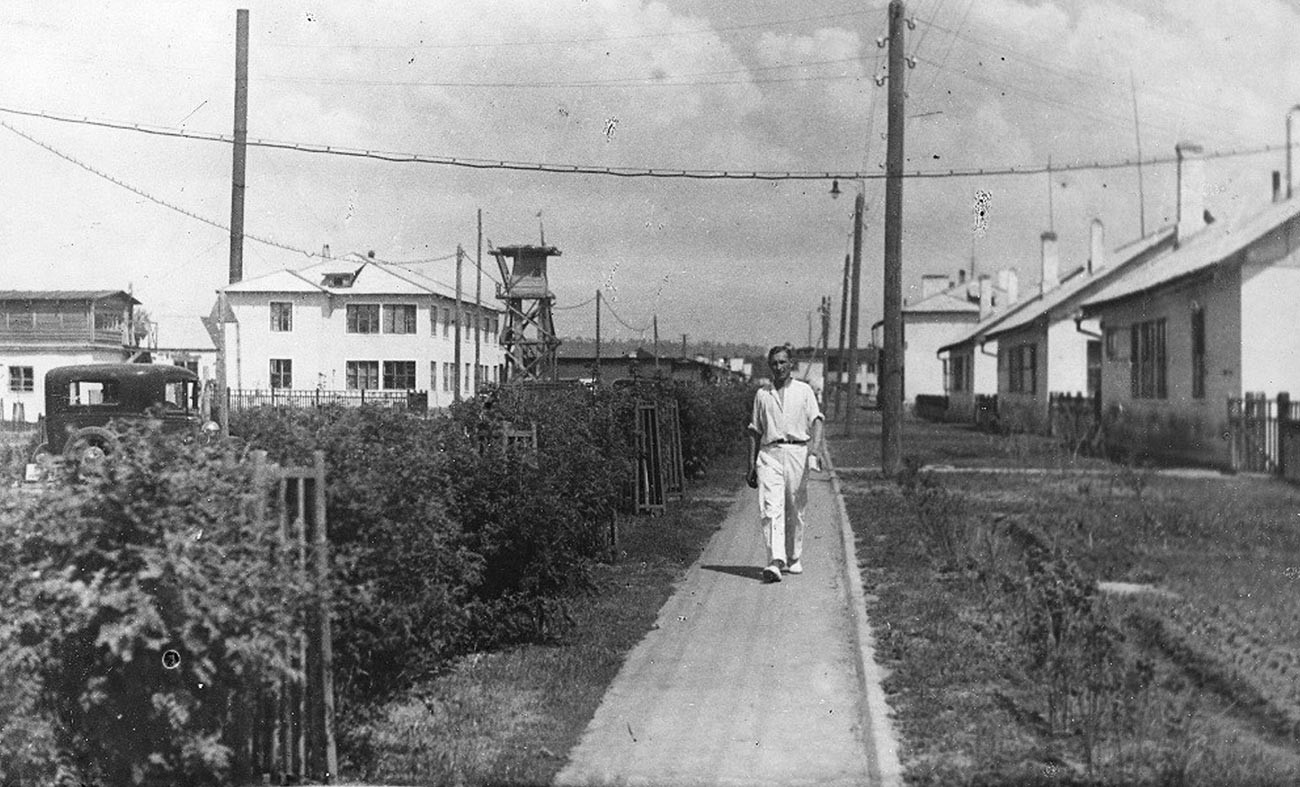 The alley at the village.

The settlement contained one and two-story buildings with neat lawns and paved walking areas. There was also a club where they played jazz and a special store for the foreigners to shop in. 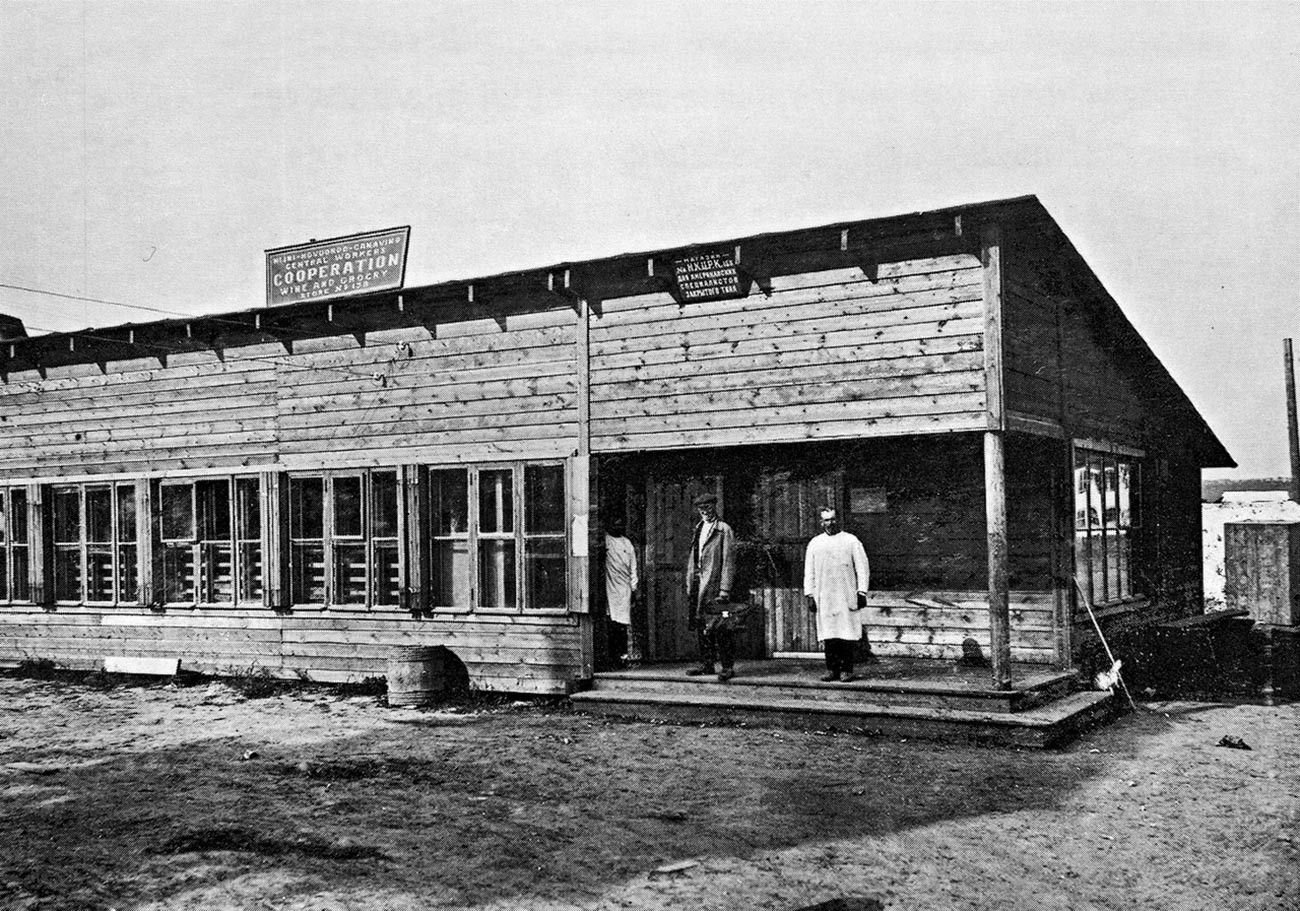 The store in the village with banners in English, not in Russian.

The specialists also developed construction plans to accommodate future builders and auto plant workers - called the Sotsgorod (from the words “social city”), however, a more “compressed” version of those plans ended up being implemented. 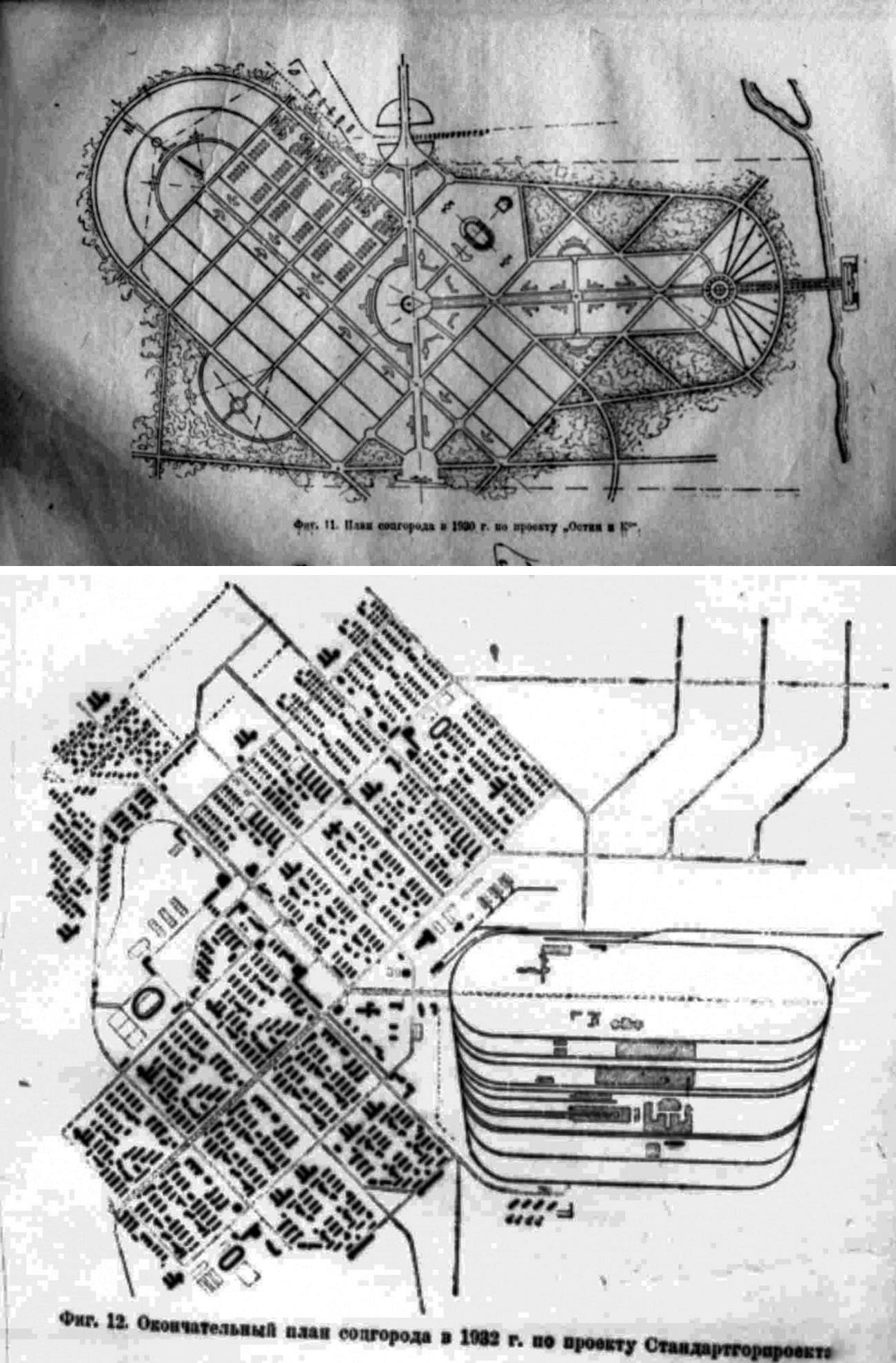 New residential areas have since replaced the old buildings in the Avtozavodskiy district. The only remaining building of the American settlement is a bathhouse, which has been turned into a store selling car parts. 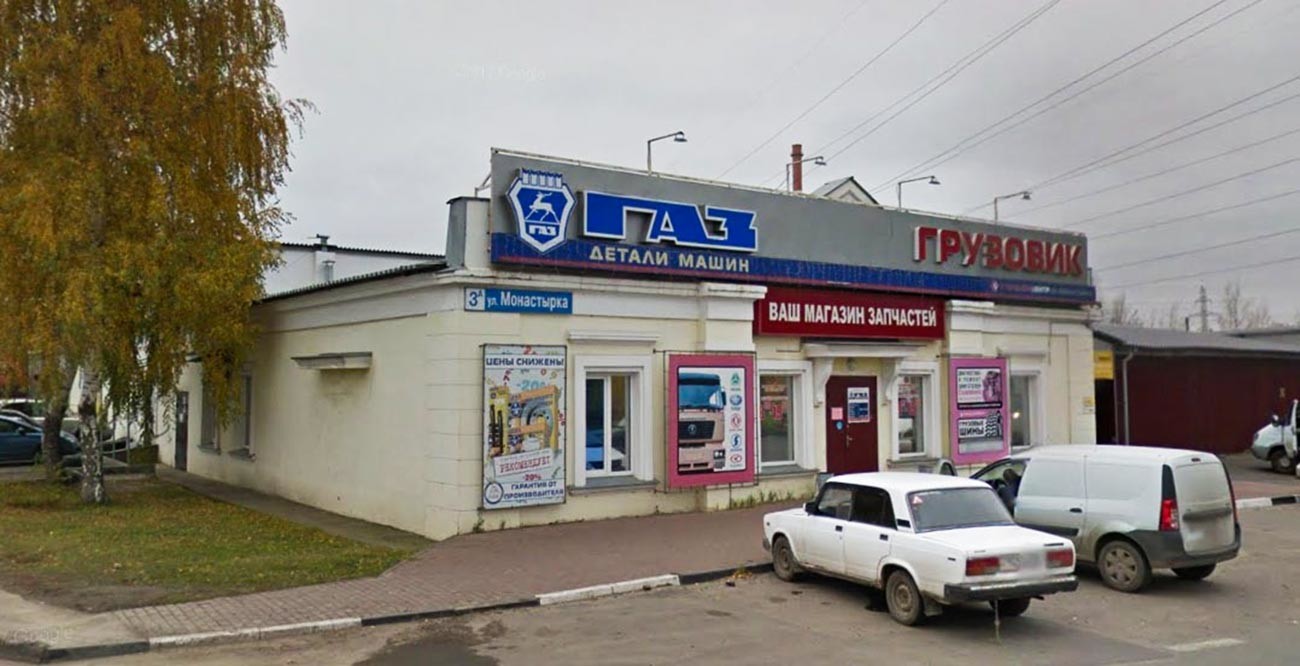 In the town of Petrozavodsk in the Republic of Karelia, one of the main tourist attractions is considered to be the American settlement located in the city center. The small district includes only Anokhin, Gorky and Lenin streets.

The American town in the central Petrozavodsk.

In 1930-1935, it was settled by 6,500 Finnish immigrants from the U.S. They came to the USSR in search of work, as the U.S. economy was in the midst of a great economic crisis at the time with the Great Depression. The new country was, at the time, touted as the land of opportunity and promised foreign specialists access to various special privileges. The American Finns arrived in Karelia to develop the local forestry. They really stood out in terms of how their appearance compared to the locals: they wore long American coats and hats and speake a mixture of Finnish, English and Russian. Their preferred dish was pork and beans. 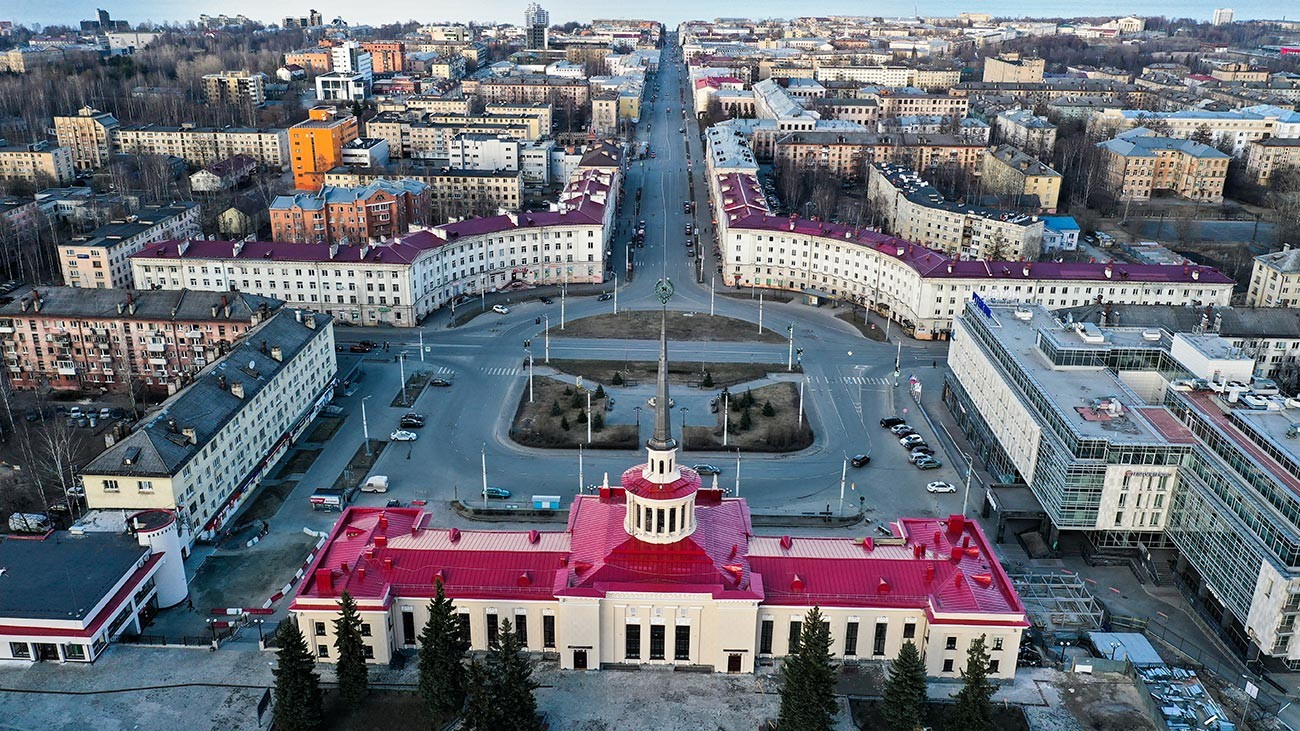 The American town was located on the right side of the square.

The American settlement in Petrozavodsk contained wooden houses fit for several families, as well as a cafeteria and a performance venue, often used to stage Finnish classical productions. The buildings were planned with bathrooms in mind, although there was no plumbing to speak of. Today, all that remains of the little settlement is a couple of buildings, but they are still lived in. 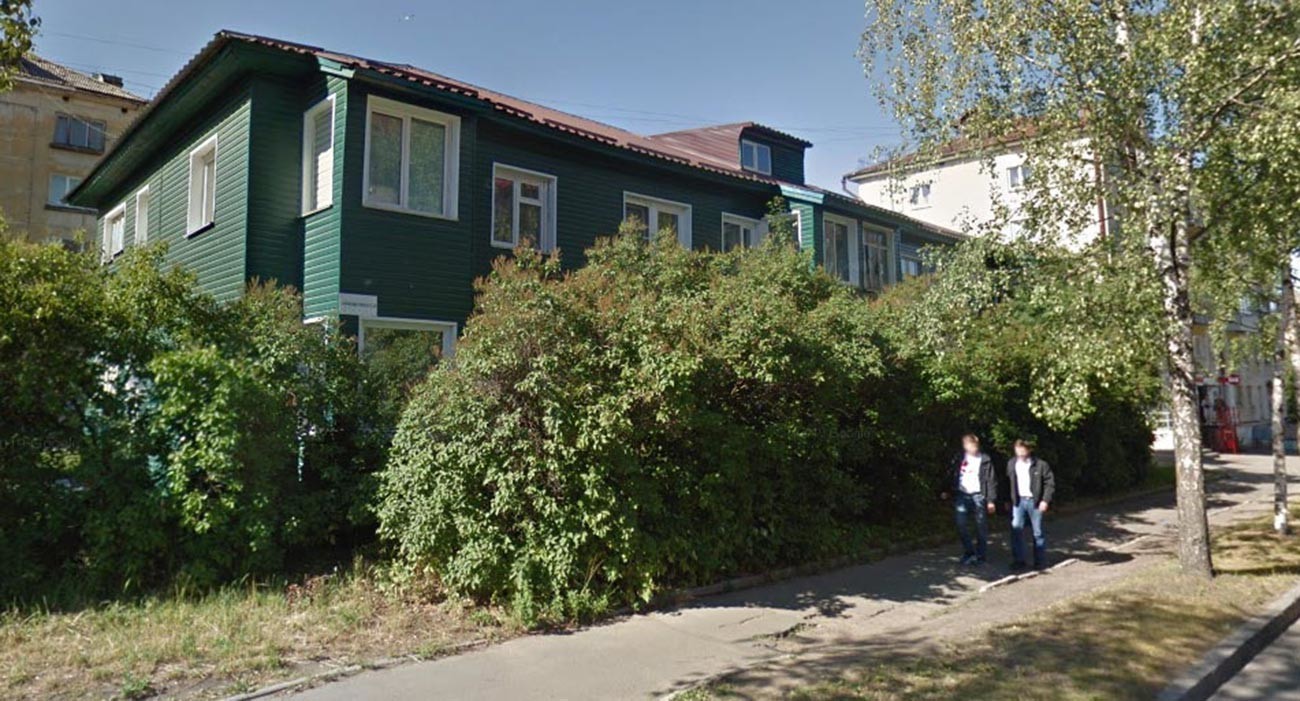 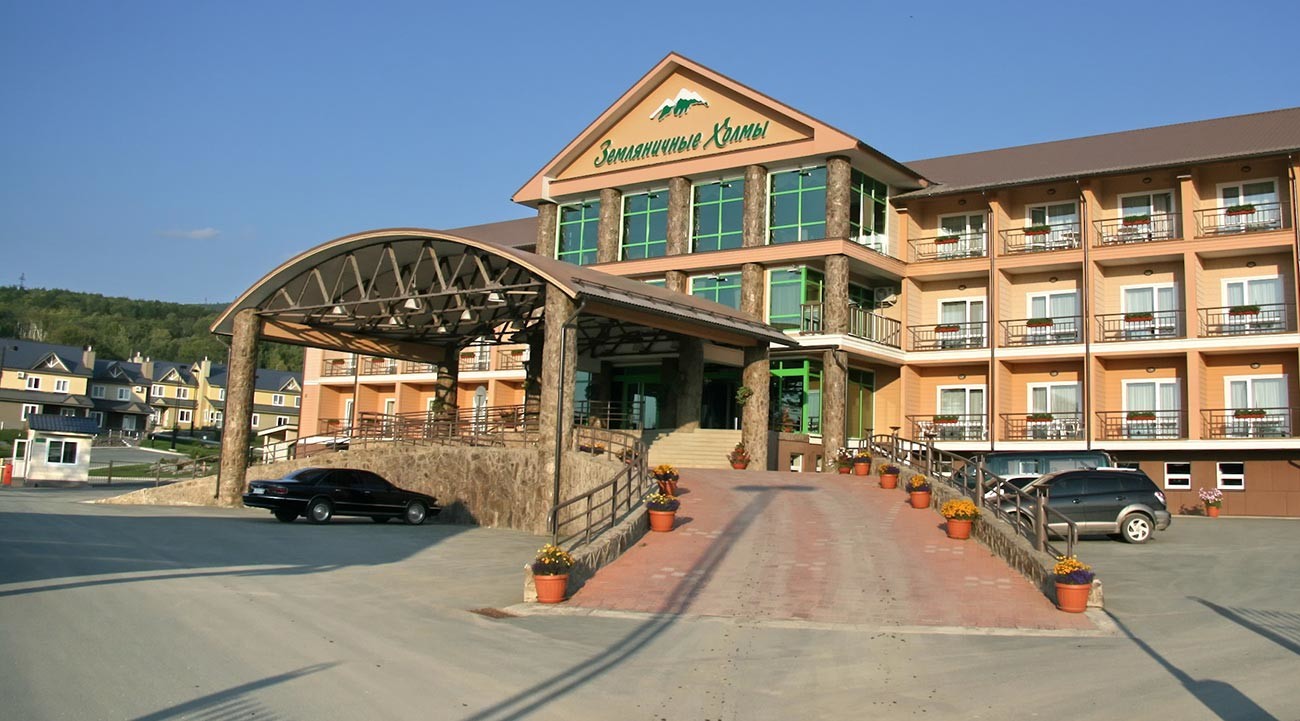 The hotel called Strawberry Hills is the center of the American village.

This suburban cottage settlement is situated near the city of Yuzhno-Sakhalinsk. Today, it is a modern “American district” - a form it took on in the early 2000s. The design idea was borrowed from American architects and oil industry professionals, which used to come to Russia’s Far East on business. The place does have an air of authenticity to it. Instead of streets named Pushkin and Gorky, there instead are the Solnechny (“sun”) and Lunny (“moon”) Svet (“light”) streets and Ulitsa Golubyh Yeley (“Blue Spruce Street”), while, in place of high fences, there are neat green lawns and standing post boxes next to every house. 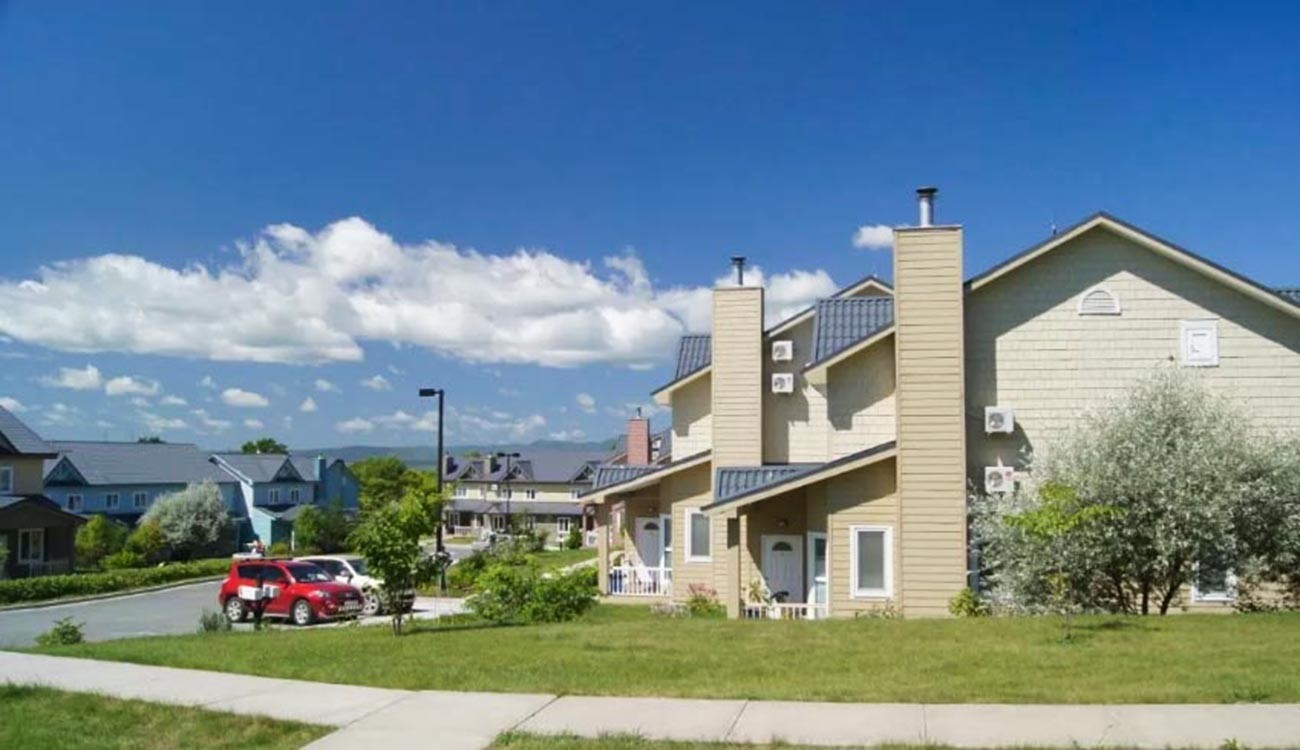 The view from the hotel.

The streets themselves have their English-language counterparts written below the Russian names - so that English-speakers could feel right at home walking around the area. Today, the cottages have been converted into luxury accommodations, inhabited primarily by Russian families. 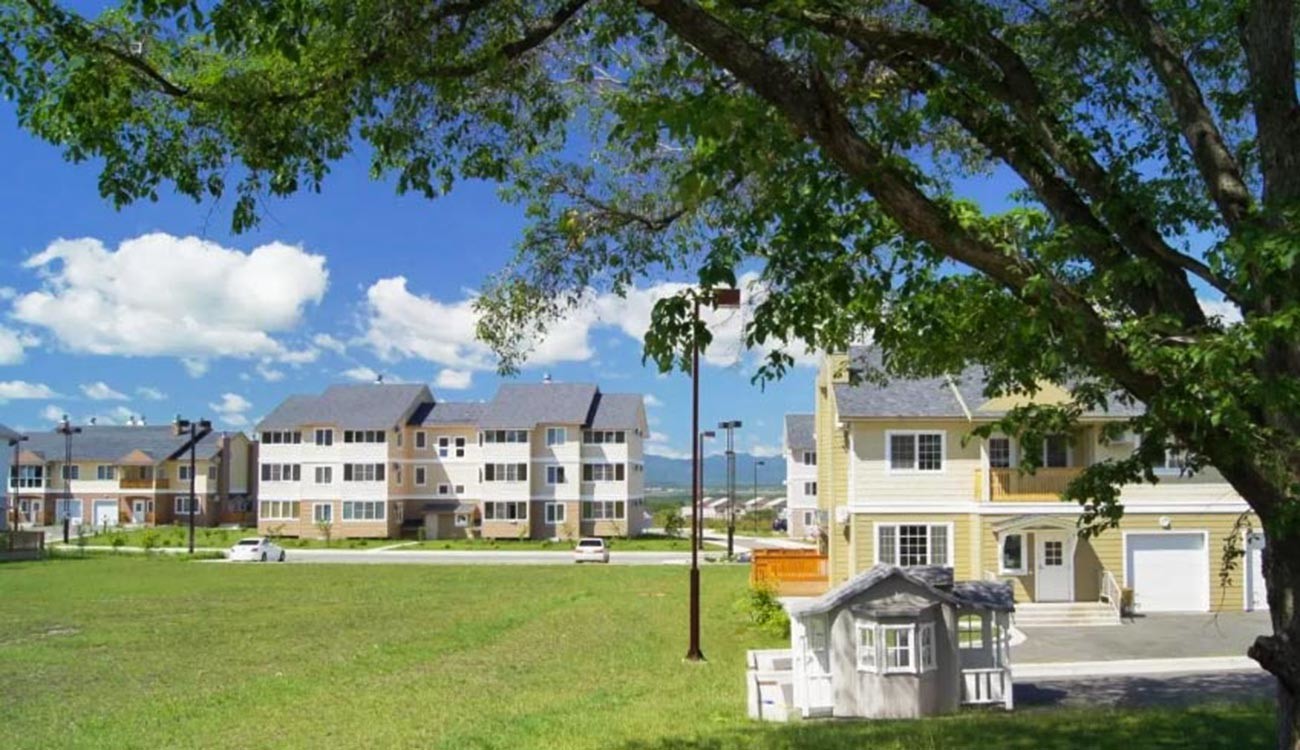