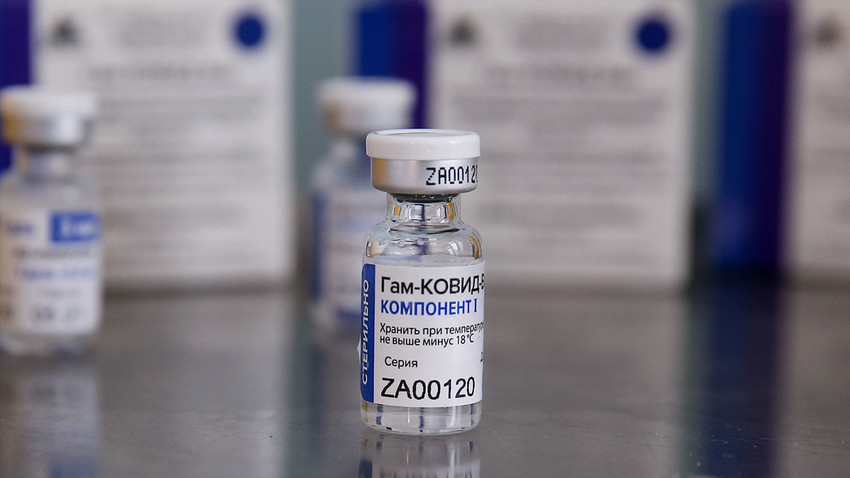 Sergei Malgavko/TASS
How many countries are buying the vaccine and what side effects does it have?

READ MORE:Russia has several working COVID-19 vaccines. How safe are they? (DETAILED EXPLAINER)

1. How is the vaccination campaign being conducted in Russia? 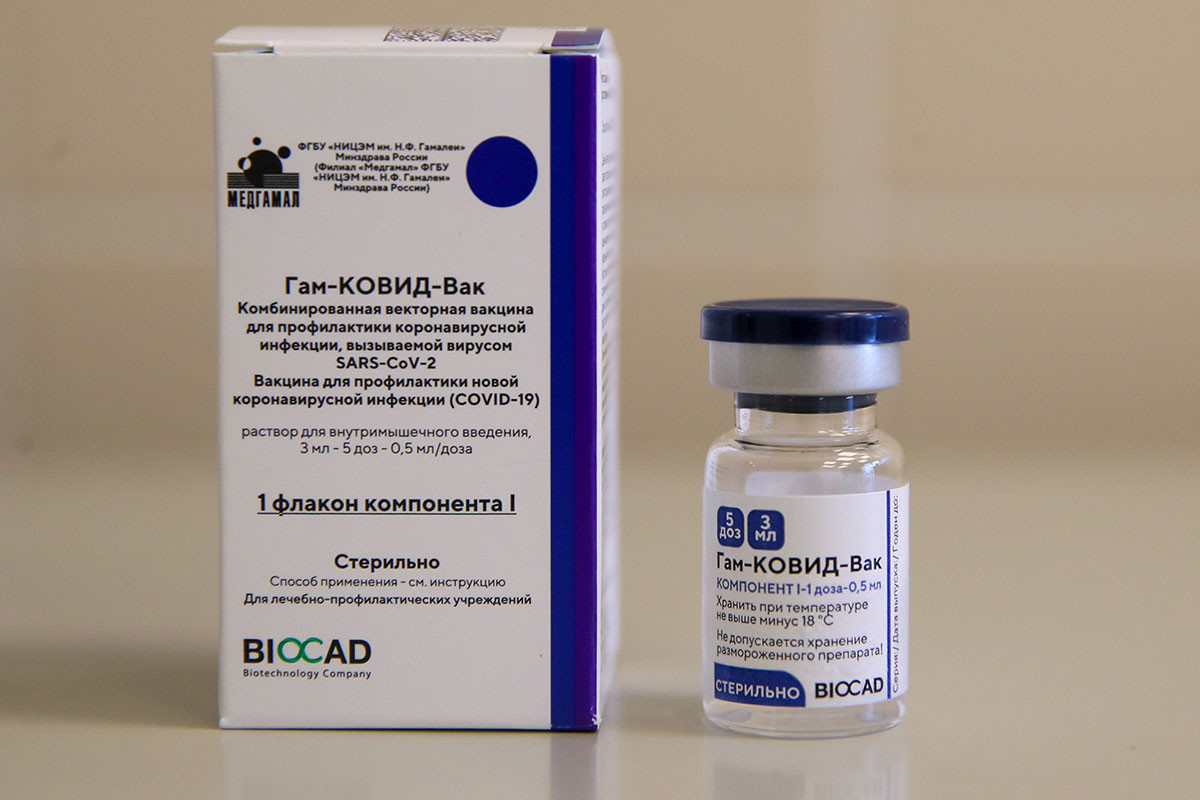 Vaccination in Russia is free and is being conducted with the Gamaleya’s ‘Sputnik V’ vaccine. People in each Russian region can register for a vaccination via the Gosuslugi (aka “government services”) website or by phone. In Moscow, you can also get a shot not just in clinics, but also in shopping malls, on a first come first served basis – with only a passport required.

Interestingly, at the end of December 2020, the ‘Sputnik V’ manufacturer launched a video advertisement in English on social media with the slogan “V is for Victory”.

According to Rospotrebnadzor (Russia’s consumer rights watchdog) head Anna Popova, by the fall of 2021, 60% of the country’s population will be vaccinated (out of Russia’s 146 million population). Experts say these estimates are real if people would be ready to take the shot: “The main thing is that people should understand the need to get vaccinated,” said Larisa Popovich, director of the HSE Institute of Health Economics.

2. Are there enough doses? 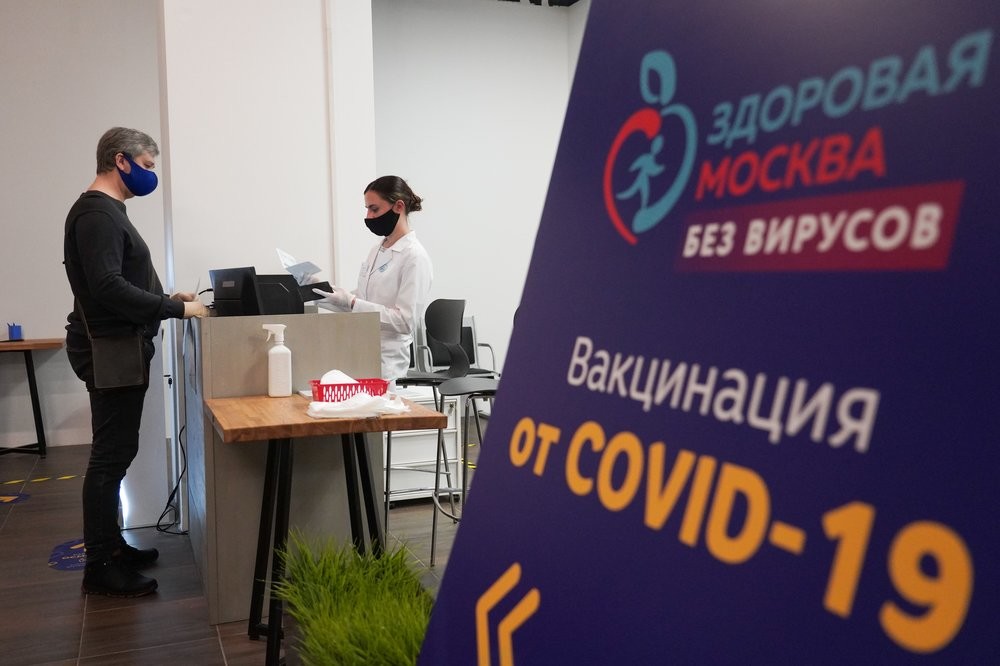 Meanwhile, some regions including, for instance, Perm Region, Leningrad Region and Volgograd Region have reported shortages. Authorities say the deficit is due to Russia’s enormous territory and the fact that the production of the drug hasn’t reached full capacity yet. Experts also note that there is not enough medical staff in the regions.

The highest availability of the vaccine is in Moscow, Moscow Region, Sakhalin, the Nenets Autonomous District and Chukotka (interestingly, the last three are among the most remote regions in Russia and far away from Moscow).

3. How many Russians want to get vaccinated? 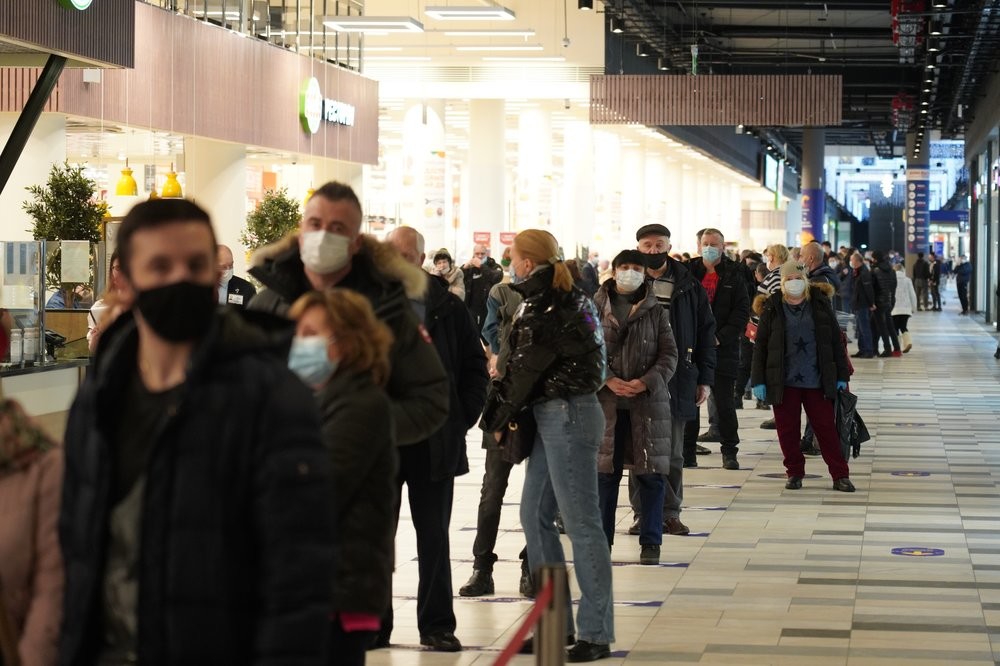 According to the TASS news agency, as of January 29th, 2021, 2 million people have already received the vaccine, however, exact numbers of people by region have not yet been disclosed. Also, it’s unclear whether this figure includes foreign citizens.

Meanwhile, according to the polls by VTSIOM and Levada Center, only 38% of Russians wanted to get the vaccine and most of them with the Russian-made vaccine. Vaccination is mostly expected by citizens aged 55 and older, while most Russians under the age of 34 do not want to get the vaccine.

The reasons for refusal include the desire to wait until the end of trials, fear of side effects or simply a denial of the efficacy of any vaccines. Experts also believe that people lack motivation, because they still are being told to wear masks and abide by other restrictions even after receiving the vaccine.

4. Has Vladimir Putin got vaccinated? 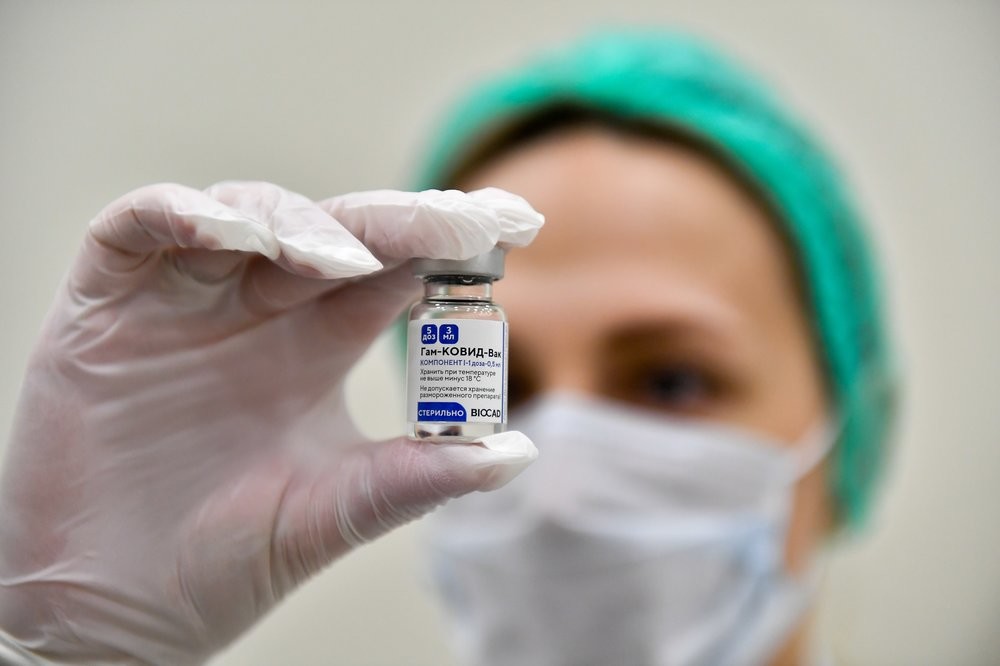 Not yet, but he has said he plans to do so. Back in the mid-December, 2020, the Russian president said that he hadn’t received the vaccine because of his age. At the time, only people aged 18 to 60 were allowed to be vaccinated, while Putin is 68. Today, ‘Sputnik V’ has been approved for people older than 60, as well. According to Putin’s press secretary Dmitry Peskov, the president will inform everyone about his vaccination himself.

5. Where exactly is ‘Sputnik V’ produced? 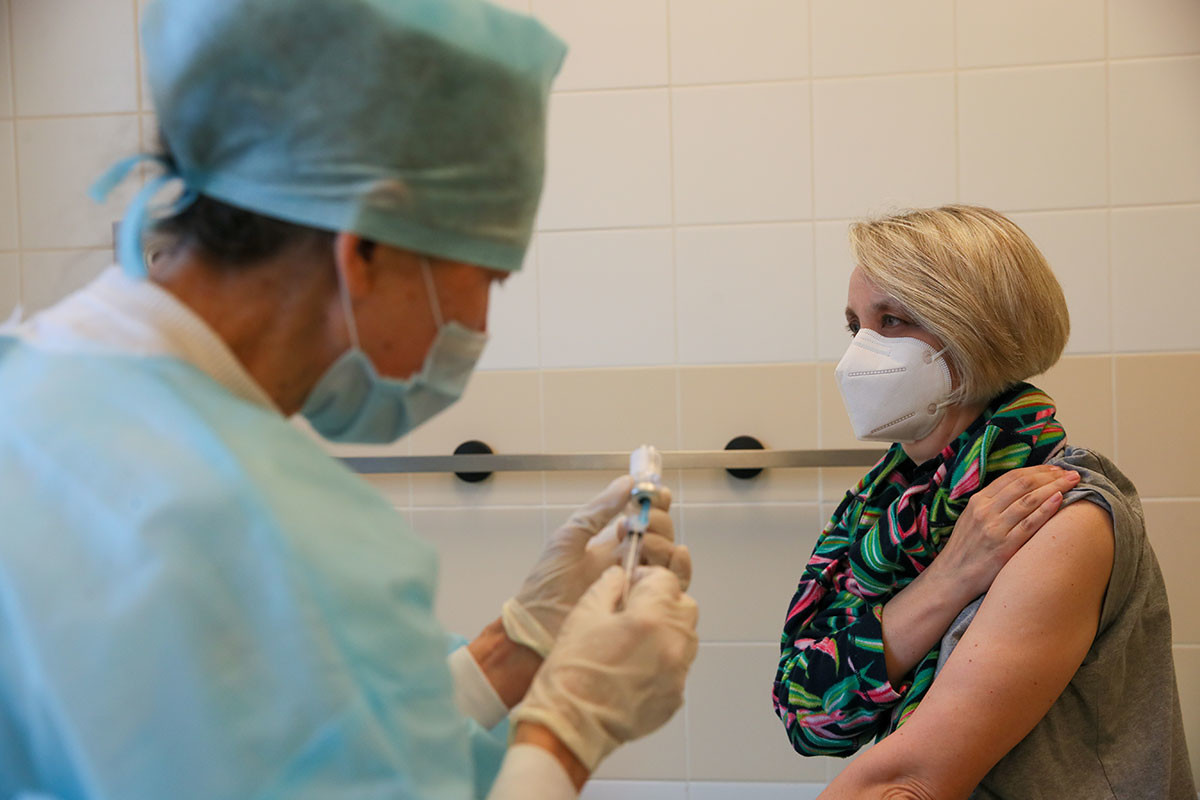 Currently, the ‘Sputnik V’ vaccine is being produced at 6 plants in Russia that are located in Moscow, Vladimir Region and St. Petersburg. The opening of a 7th plant in Yaroslavl is planned soon. In December, 2020, it was announced that ‘Sputnik V’ was also being produced in India (5 plants), South Korea (1 plant), Brazil (1 plant) and China (3 plants) for export demand.

At the end of January, 2021, the production of the Russian vaccine also began in Kazakhstan - for local use only, however.

6. Which other countries are using ‘Sputnik V’? 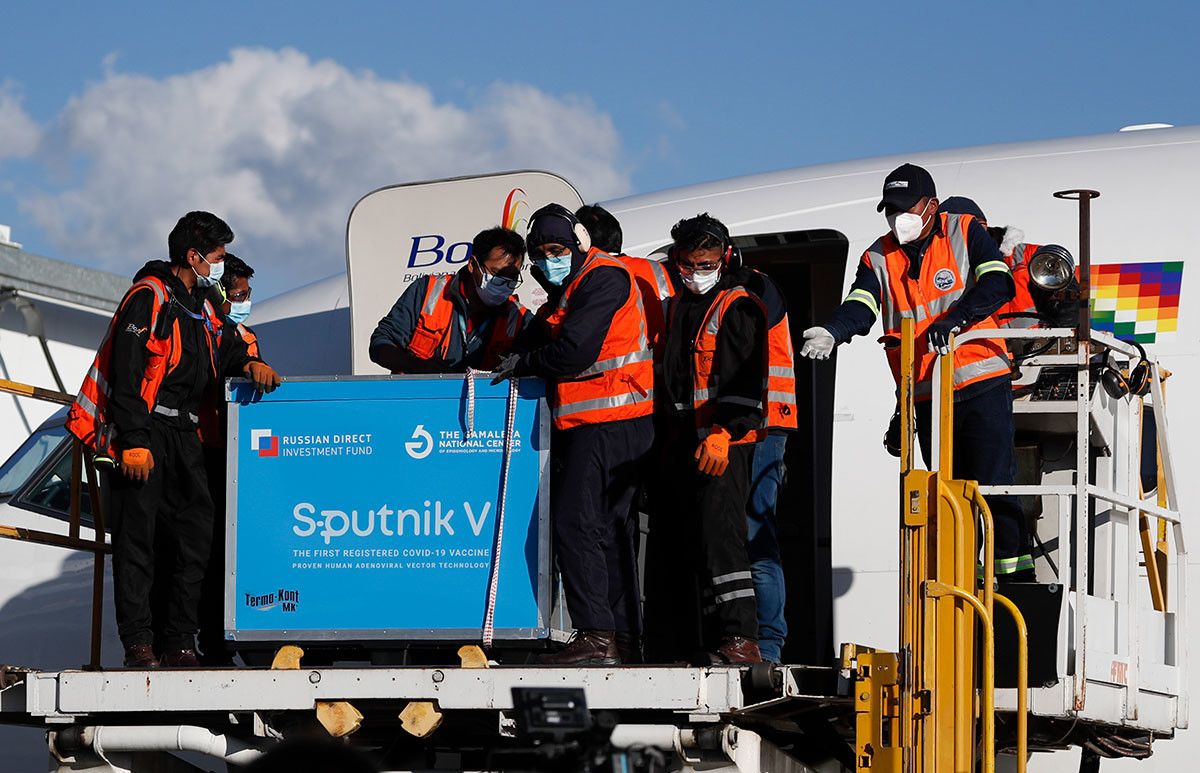 More than 40 countries have shown interest in the Russian vaccine, having already ordered 1.2 billion doses. The export price is less than $10 per dose, which is half the price of Pfizer’s and Sinopharm’s vaccines, and 2.5 times cheaper than Moderna’s medicine.

Meanwhile, ‘Sputnik V’ has been officially registered in 16 countries, besides Russia:

The first foreign state to start using the ‘Sputnik V’ vaccination was Belarus: its authorities signed the contract for 170,000 doses. The vaccination there is currently only being conducted among medical workers.

The second country was Argentina: At the end of December, 2020, it agreed to purchasing 10 million doses. President Alberto Fernandez and Vice President Cristina Kirchner claim to have already been vaccinated.

The third country will be Bolivia: the country should receive 5.2 million doses of the vaccine by the end of May. The country’s leadership also announced its readiness to be vaccinated by ‘Sputnik V’.

Serbia, meanwhile, has ordered 6.5 million doses from different manufacturers, including 2 million doses of ‘Sputnik V’. According to the Serbian Health Ministry, 40% of citizens would prefer to be vaccinated with the Russian vaccine, while 28% with Pfizer’s, with others saying they don’t have any preferences.

7. What side-effects does ‘Sputnik V’ have?

No serious side-effects have been registered, so far. Most often, people feel symptoms similar to a cold: fever, weakness, a headache for a couple of days. According to the Argentinian Health Ministry, only 1% of vaccinated showed any side effects: fever, headache, skin reactions around the area of the injection.

Among the official contraindications for the vaccination are strokes, tuberculosis, hepatitis B and C, syphilis, as well as HIV. The Russian Health Ministry says that the vaccination may be risky for persons with oncology, because there have not been enough trials.