‘Man for hire, not expensive’: Why do Russians rent themselves out? 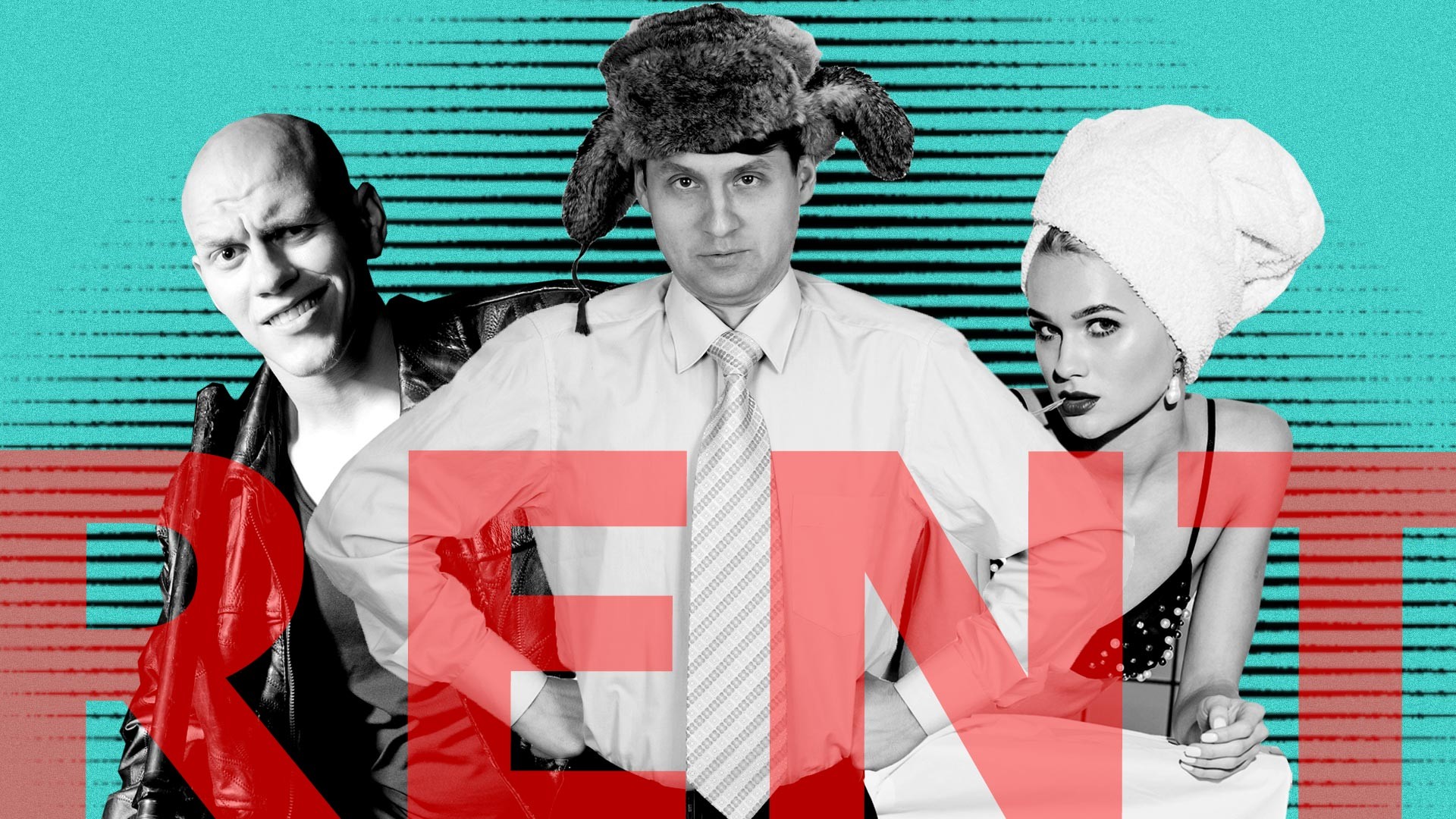 Russia beyond; Legion media
Imagine you’re browsing through a classifieds website and, out of the blue, among the ads for vacuum cleaners and old fur coats for sale, you come across the following: “I rent myself out, 150 rubles (approx. $2)”.

A small recording studio. Two guys - one in a hoodie, the other in a sweatshirt and a gold chain - are dancing in front of the camera and moving their lips to a track with the following words:

The one in the sweatshirt is Timur, 23. He goes on ad sites from time to time, but not to “flex” there as he does on his Instagram account - rather he offers himself for hire for 150 rubles (approx. $2) an hour. You can come across ads like this more and more often on Russian classifieds websites like Avito or Youla. And they seem to have been on the rise since the coronavirus pandemic began.

An income and a remedy against loneliness

“I’ve been doing this since April 2020, the beginning of the lockdown caused by the coronavirus - it was then that I realized the full pain of isolation. In ordinary life, I am a musician and make money by playing at corporate events and parties, but of late, my income has plummeted because of the ban on large gatherings, but I need the money,” explains Timur.

For $2 an hour you can talk to Timur online or on the phone and complain about your life or ask for advice - these are the services offered by the majority of people who rent themselves out on Avito. For an additional fee - 500 rubles (approx. $6.70) an hour - you can meet Timur in person or have a date with him.

“I can even have a drink with you - let’s fight loneliness together!” the musician says in his ad. 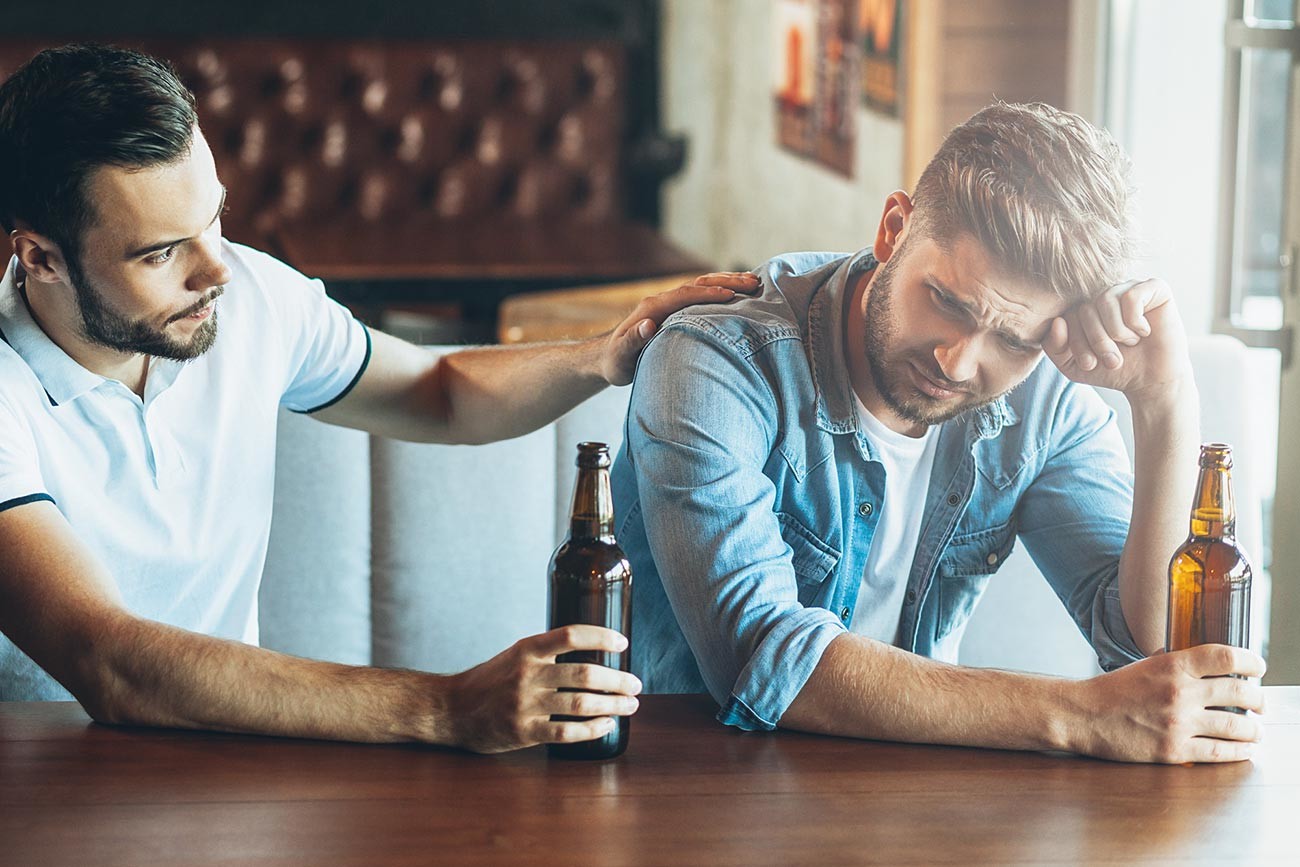 Timur has three or four calls a day with clients. There have been far fewer face-to-face meetings - fewer than five in the entire period he has been engaged in this line of work. His main clients are young women aged between 16 and 28 and men from 25 to 40. This line of business doesn’t help solve all his financial problems, but it helps him to understand what really worries Russians, according to the musician.

“The most common problem everyone has is relationships. Girls complain about a lack of attention and loneliness and grown-up men about domestic violence, both psychological and physical, from their wives and girlfriends. All of them need to unburden themselves and shed a few tears, but they fear their acquaintances will laugh at them. There are few calls about work or studies and there are even fewer people who just want to chat about anything under the sun," Timur says about his clients.

Timur says he can’t rule out intimate relations with a client. According to the musician, two men have offered him sex but he refused and currently he is corresponding with a girl who finds him attractive and he hopes to meet her in person.

“Why not? I’m a free man after all,” the musician says.

‘Idle women’ and boyfriends for an hour

On the Youla site, you can come across an ad headlined ‘MensRent’ - on the photo are three guys wearing white masks fully covering their faces.

The guys call themselves Rodrigo, Prokhor and Pablo. For 1,000 rubles (approx. $13.50) any of them is ready to come to your place for 20 minutes dressed in a suit and carrying a bouquet of flowers, pretending to be your boyfriend - they can hug a girl (but nothing more), have a chat and pose for a few souvenir photographs for Instagram. They believe the guys can be ordered by any girl who wants either to annoy her ex or arouse the envy of her girlfriends, or by a lonely woman who wants to cheer herself up.

In ordinary life, the guys work in the tech sphere as engineers or programmers. So far, they have had just over 10 orders, but they confess that they hope to be noticed by some big brands with whom they might be able to work with in the future.

“In Russia, you can already rent a bouquet of roses for a photo, so we just decided to enhance and expand this service. We had planned it exclusively for February 14, but, if it goes well, we’ll go back to it for March 8 [International Women’s Day]. We were thinking of taking off the masks, but we still want to be remembered and talked about by everyone along the lines of ‘Wow, it’s those guys in masks again!’” says Rodrigo.

In one of the rare female ads there is a photo of a happy-looking blonde woman of a mature age with her two daughters. In the first sentence, Alisa jokingly offers herself for hire “as someone who has nothing to do”. For 500 rubles, Alisa offers to do babysitting, share a dinner with someone, bake a cake, provide help in a flat purchase, fill in for someone at work, train people’s pets for them, remove rubbish from people’s apartments or “play the flashy dame in high heels to make your ex or your soon-to-be jealous”. 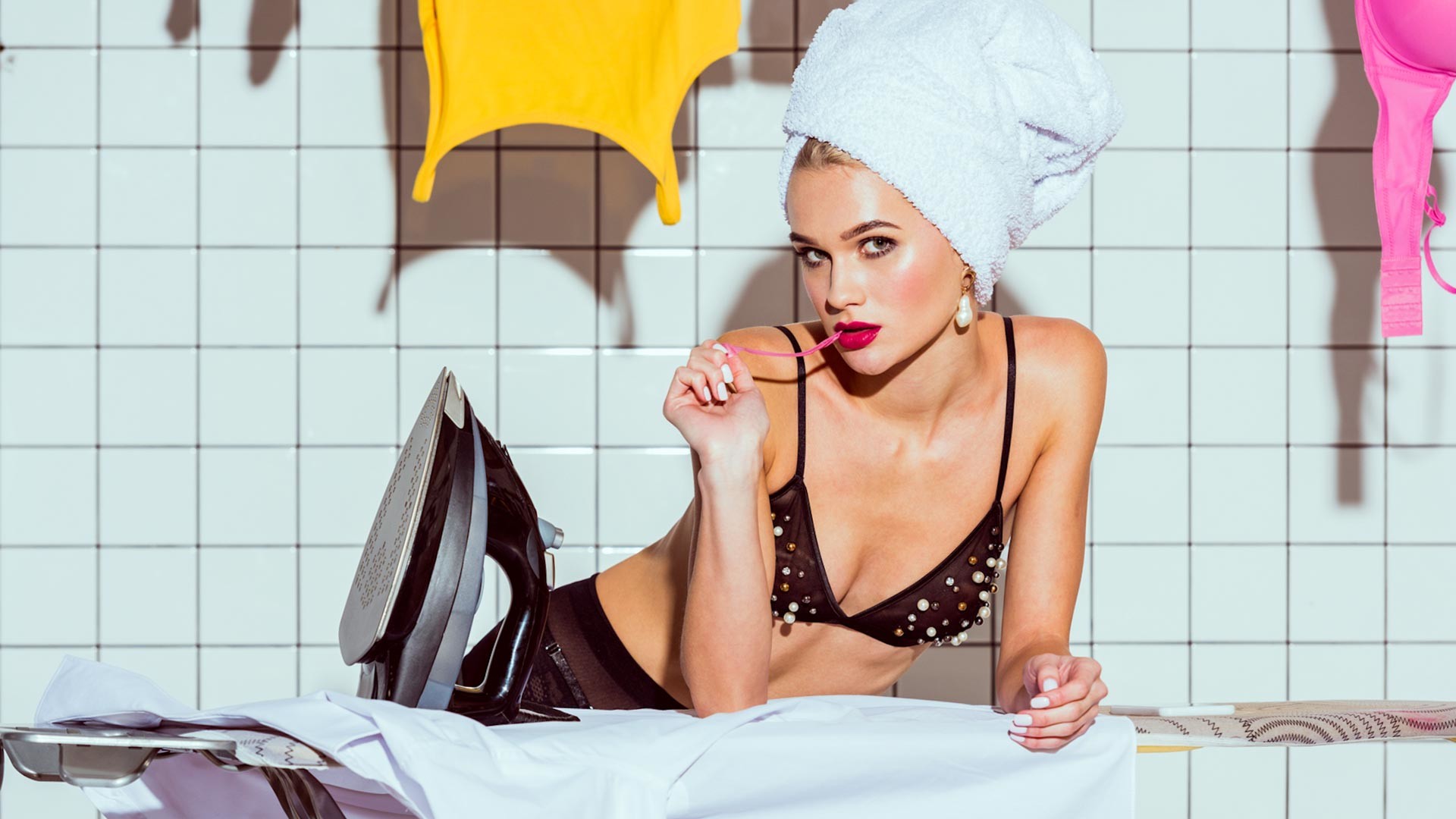 Alisa failed to reply to questions about her method of topping up her income or about the clients that answer her ads, but she did write this rousing oration:

“You’d be astonished how strong we are, we women of Russia. I don’t deal in sob stories about family and divorce. My life deserves not just a movie, but a masterpiece to be made on the subject of how I pass my days.” And she logged off.

Some ads for people for hire are actually advertisements for online sessions with professional psychologists, according to Alexander, who places ads.

“In actual fact, I’m not putting myself out for hire. That’s just a popular interpretation. I have a higher education qualification and I give psychological counselling,” Alexander explains.

From a joke to a crime

Announcements advertising people for sale, including minors, sometimes appear on sites. On January 28, 2021, the children’s ombudsman for Buryatia Natalya Gankina reported an ad for the sale of a school-age boy, complete with photograph, placed on Avito.

“The police rapidly established that some teenagers from the Kyakhtinsky District had decided to play a joke on one of their school friends. <...> The advertisement for the sale of the minor was removed. Precautionary interviews were conducted with the children and their parents,” Gankina wrote in her Facebook account.

In June 2020, a resident of St. Petersburg placed an advert for the sale of his son in the ‘Animals’ section. In the father’s words, it was for educational purposes, reports Interfax. The ad read: “Little pest seeks new parents. Likes to tell lies, answer back and steal.” The father was fined 3,000 rubles (approx. $40). 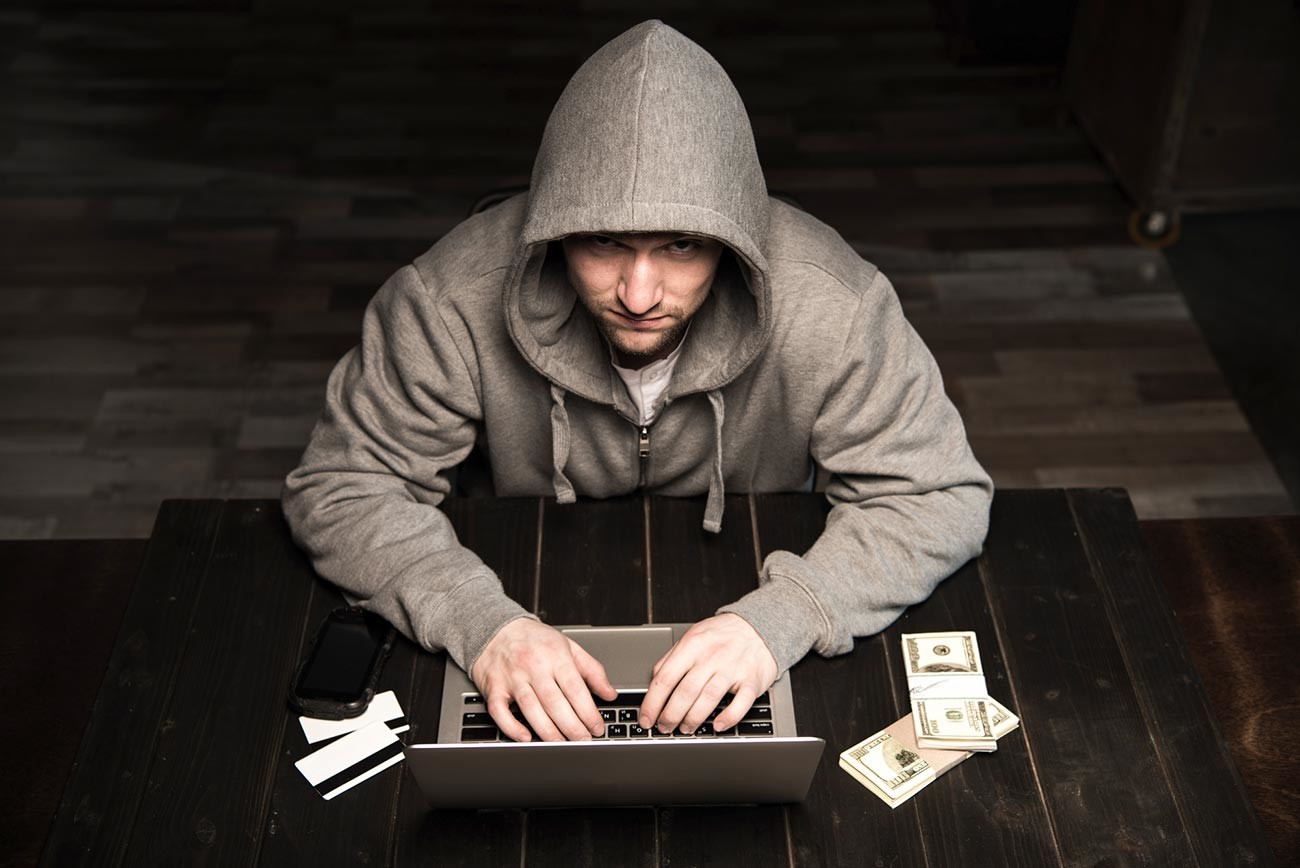 But there have also been real attempts to sell children. In December 2019 a woman from Kazakhstan, Yuliya Shcheglova, was sentenced to six years in a standard regime penal colony for attempting to sell her seven-month-old son on an advertising site for 1.2 million rubles ($16,200), the NTV television station reported. Moscow detectives saw the advert and, posing as buyers of the child, they persuaded Yuliya to come to Moscow together with the infant. When they met, Shcheglova explained how to look after the baby, wrote out a renunciation of parental rights and asked for the money to be transferred to her bank account. She was detained at the bank.

Another woman, a 36-year-old resident of the Stavropolsky District, attempted to sell her newborn child for 440,000 rubles ($5,900) via social media in December 2019, reports the local Investigation Committee directorate. A second woman saw the ad, reported it to the law enforcement bodies and "bought the child" as part of a sting operation. The mother received a four-year custodial sentence, reports Ren TV, citing the district court.