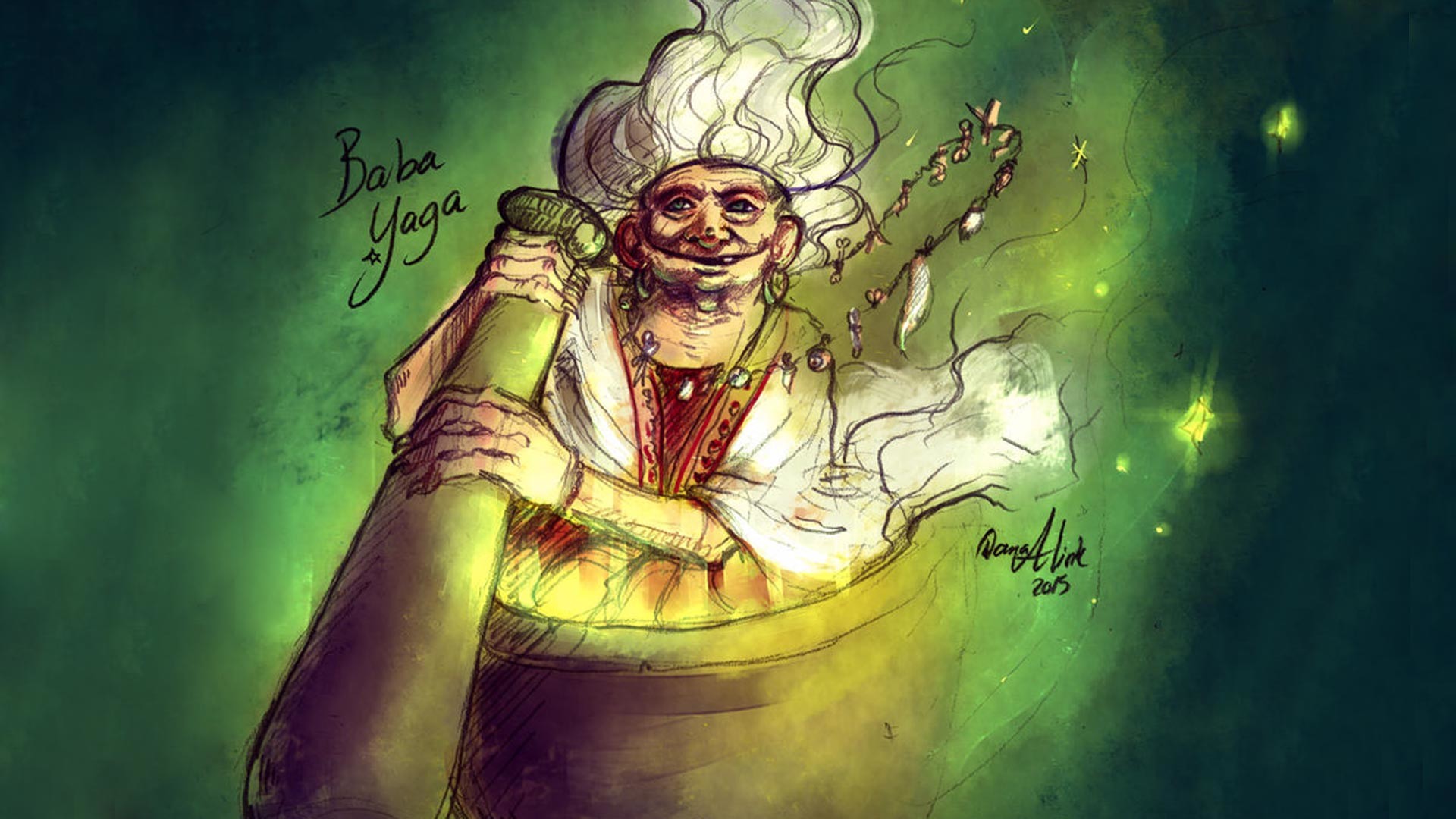 illustration by Dana Alink, 2015
This most ancient of Russian evils can go from looking like an attractive femme fatale to a full-blown ghastly creature. Let’s take a look at how Baba Yaga has been imagined by artists from around the world.

An old crooked hag with a big nose and a club foot, who lives in a house on chicken legs deep in the woods and uses a mortar and pestle to fly - this is, perhaps, the most common image everyone has of Baba Yaga, the witch we encounter in a number of Russian tales. In reality, a lot of the time, Baba Yaga takes on the role of a helper. She frequently aids the tale’s protagonist with advice on how to defeat an evil force, or she might hand them a magical object to help in their task, or a ball of yarn to help them find their way out of the woods and other things.

However, such tales often tell of a young Baba Yaga. The way Canadian artist Secondlina sees her, she was a young fair maiden like any other girl - but with a particular love for skulls.

This take on Baba Yaga makes me think she'd be an incredible (albeit unexpected) Disney princess. “Baba Yaga and the Skulls of her Enemies” by @Secondlina on Deviant Art. https://t.co/XkBXrEeZaE. pic.twitter.com/kfZCWQXx0r

“I think, one day, I’d like to write about the adventures of her youth. How she became powerful and delightfully evil (although she is good in a couple of tales). So, here you go, young Baba Yaga (who would have a different name, since Baba means old woman. Maybe just Yaga?),” the artist wrote.

tobiee from the U.S. also believes Yaga has retained her youth and beauty and possibly even inhabits the skies over Moscow in our time.

She might well have had a young accomplice, which would take to the skies with her in her mini-mortar, bearmantooth, another American artist, believes.

Baba and Baby Yaga! I worked on this over the weekend at the Charles Vess workshop. http://www.tlcworkshops.com/p/classmsonormal-classmsonormal.html

Baba Yaga practically lives in her mortar and is constantly concocting magical potions, believe Kaizoku-hime from the Netherlands. 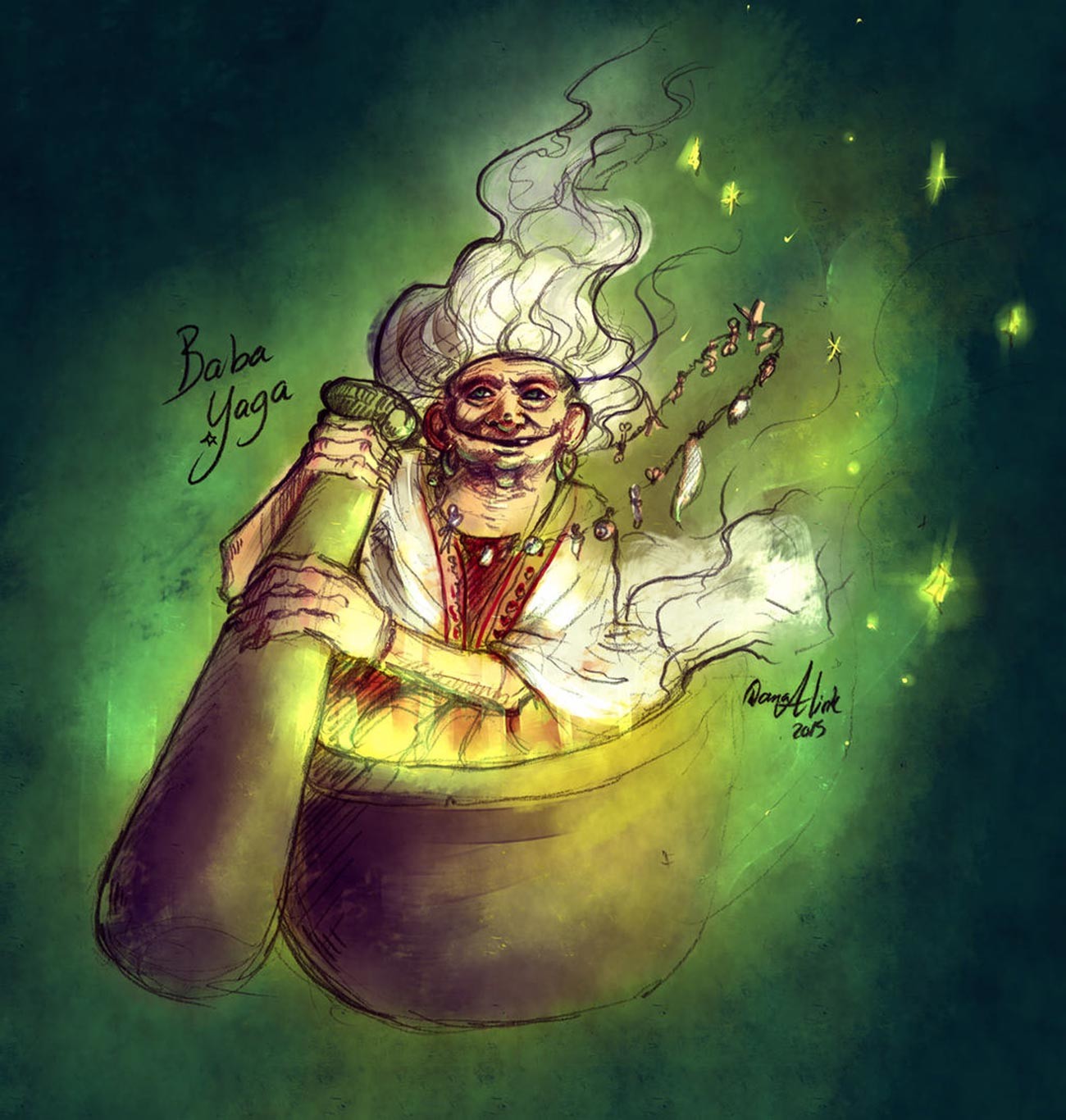 Artists pay special attention to the shack on chicken legs, which characters in fairy tales often come upon while lost in the woods.

According to some artists, Yaga has no anthropomorphic qualities to speak of at all. Vincent-Covielloart from the U.S. pictures her as a magical bird.

While Lenika86 from Ukraine believes she could look similar to a horse. Although she could really be anything, as she’s always been quite “strange and difficult to pigeonhole”, the author believes.