Razor Crest spaceship from ‘The Mandalorian’ built in Yakutia (PHOTOS+VIDEO) 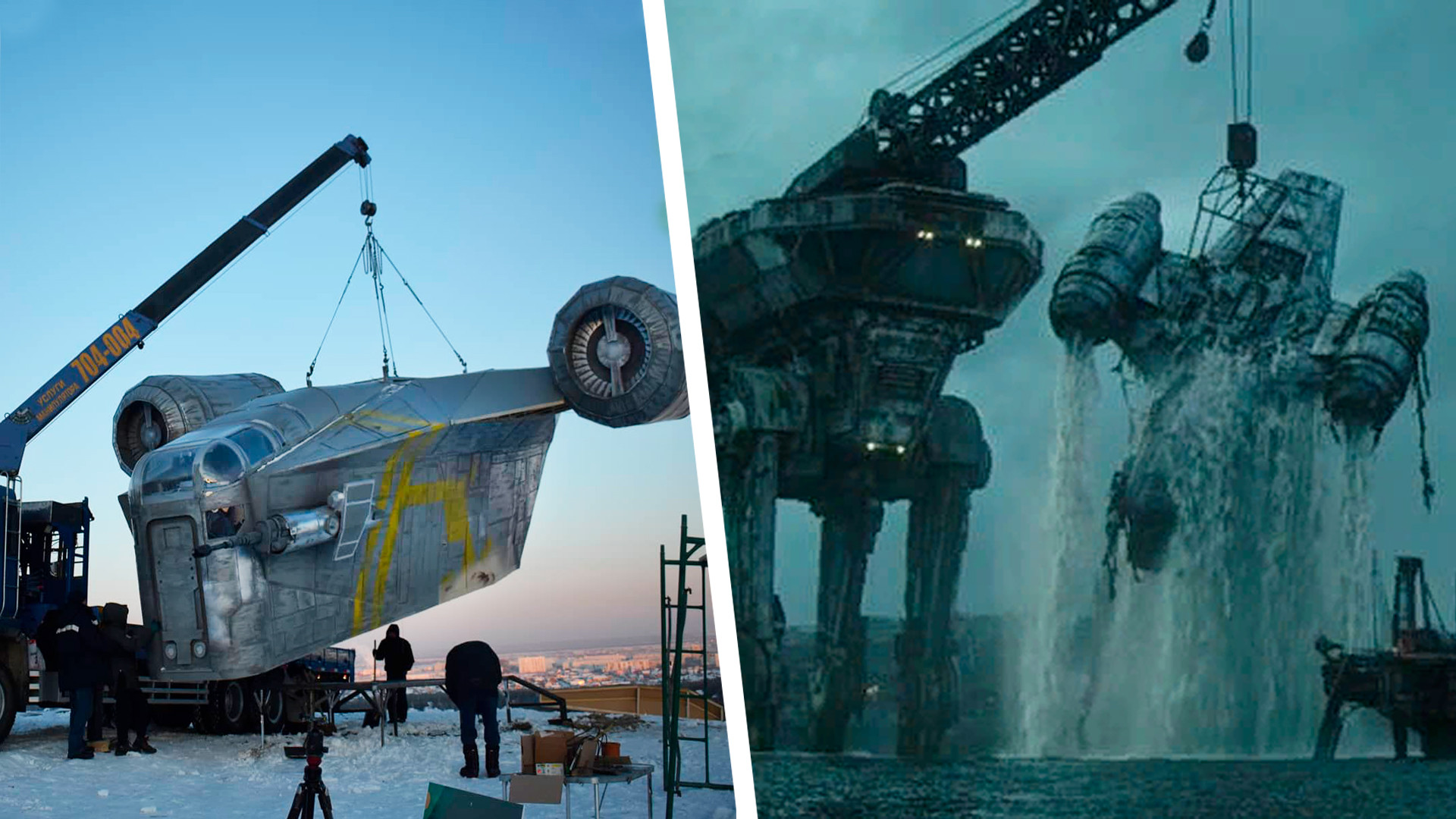 Just Create from Yakutia
A 28-year-old cosplayer from Yakutsk sold his car to build a spaceship from his favorite TV show.

Cosplayer and blogger Ayaal Fedorov, together with his team, installed a model of the Razor Crest spaceship from the hit TV show ‘The Mandalorian’ in Urdel park in Yakutsk (4,800 km east of Moscow). 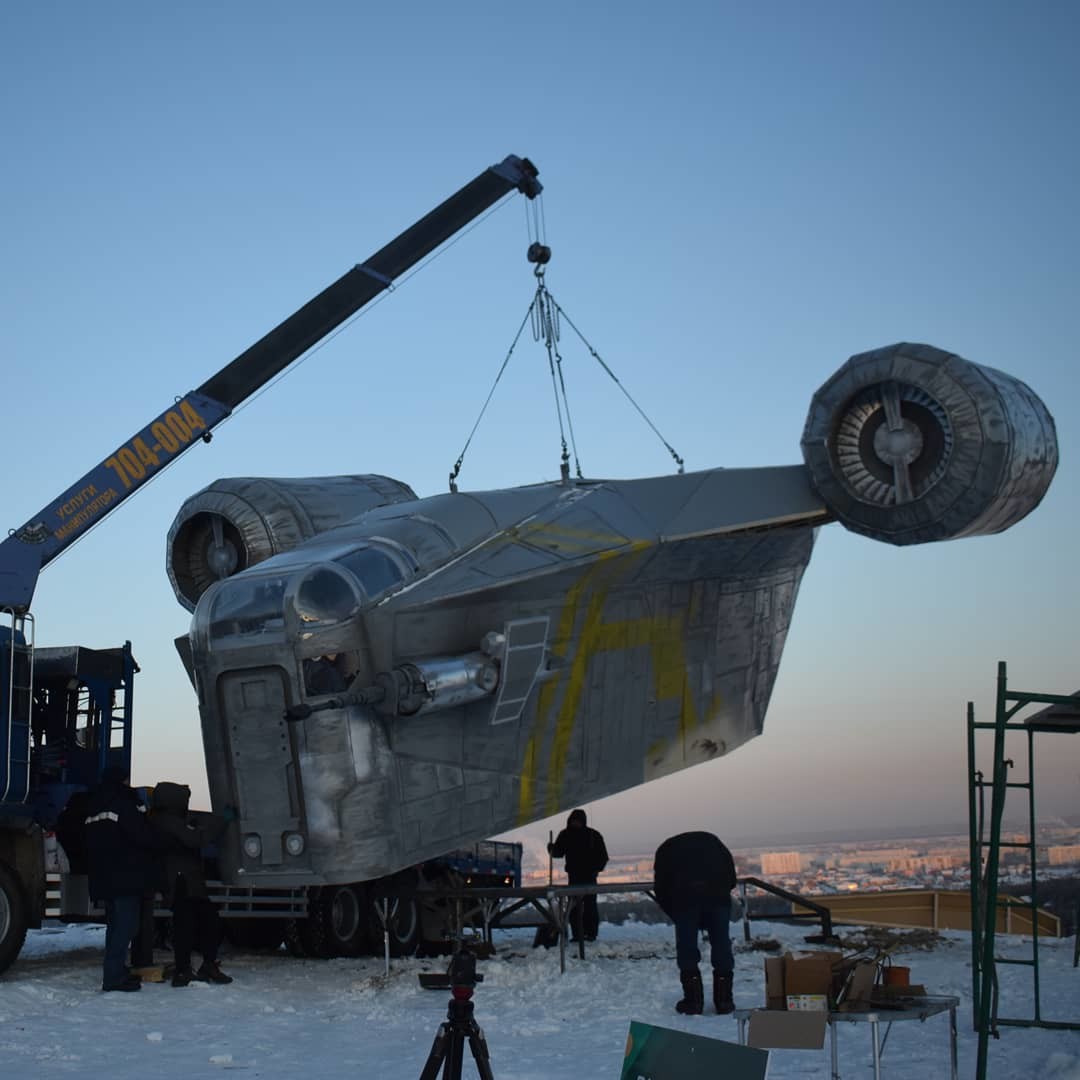 The ship is 14 meters long, 10 meters wide and 4 meters high and weighs more than a ton, according to Ayaal. The cosplayers also built the entire cockpit inside the ship and installed (fake) engines and lights. The team used 50 sheets of fiberboard to clad the ship, while the frame was built from timber and iron bars. 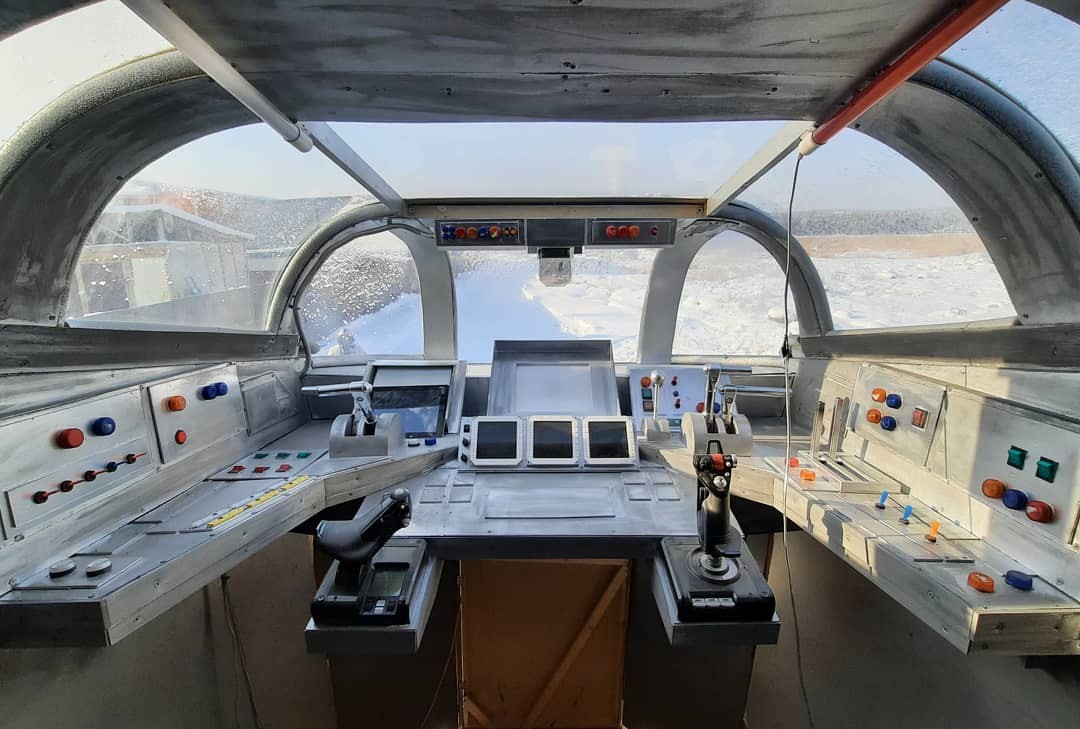 Ayaal had been drawing since childhood and, as he grew older, he got serious about cosplay - one of his projects was a fan-made version of an ‘Avengers’ teaser.

“When I saw the first season of Mandalorian, I was really hooked on the story and I immediately decided to build this spaceship someday. I was set back by the coronavirus pandemic and lack of funds, but, last November, I sold my car and started making the first blueprints. Friends came over, asked what I was doing and immediately got involved in the project,” says Fedorov. 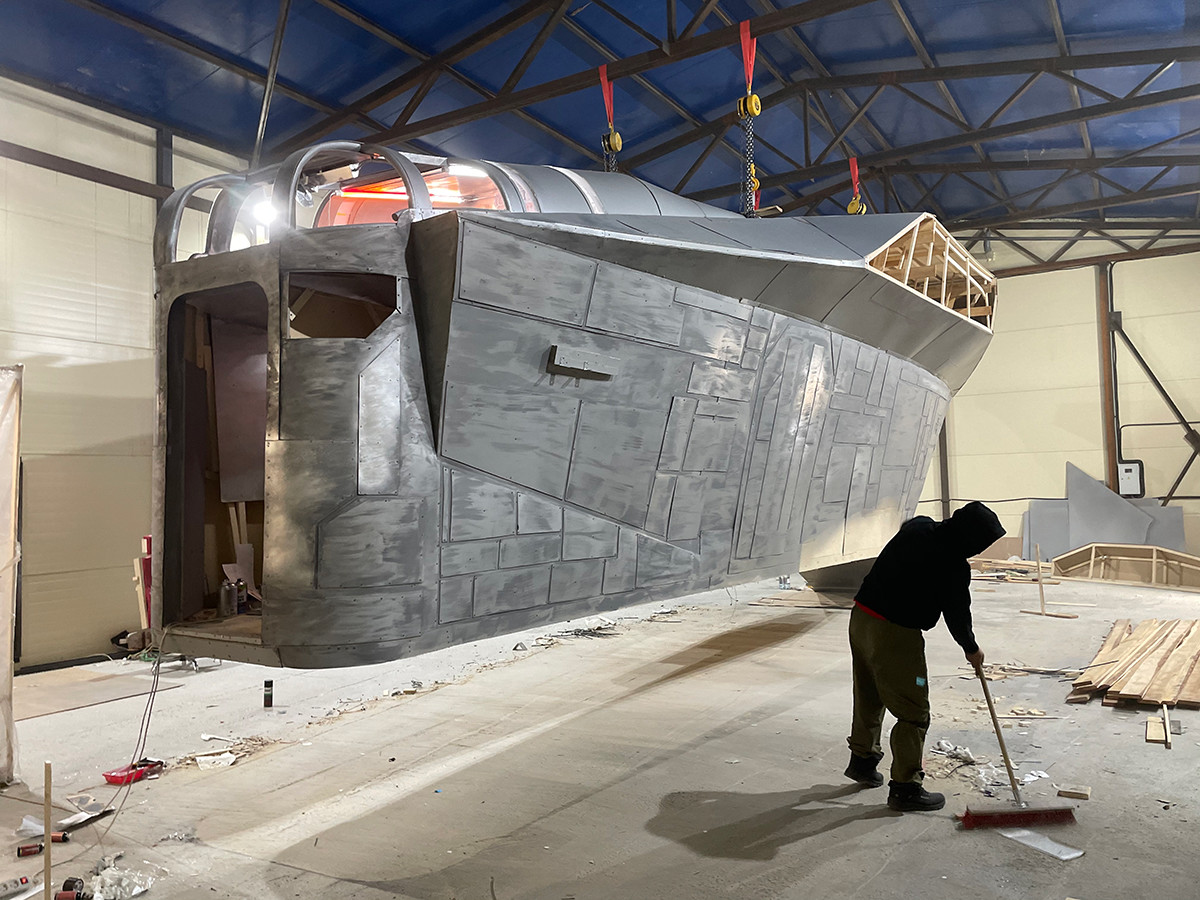 The cosplay team rented a hangar, bought all the necessary materials and began building Razor Blade in early December 2020.

“Initially, we wanted to make the skin of the ship from cardboard. So, for three days we went through the dumps, collecting boxes, but it’s a very fragile material, so we chose fiberboard [instead],” explains Fedorov.

According to him, during the construction phase, the frost in Yakutsk dropped to -60 degrees Celsius (-76°F) and the stoves in the garage stopped working - then the guys had to rent fan heaters. 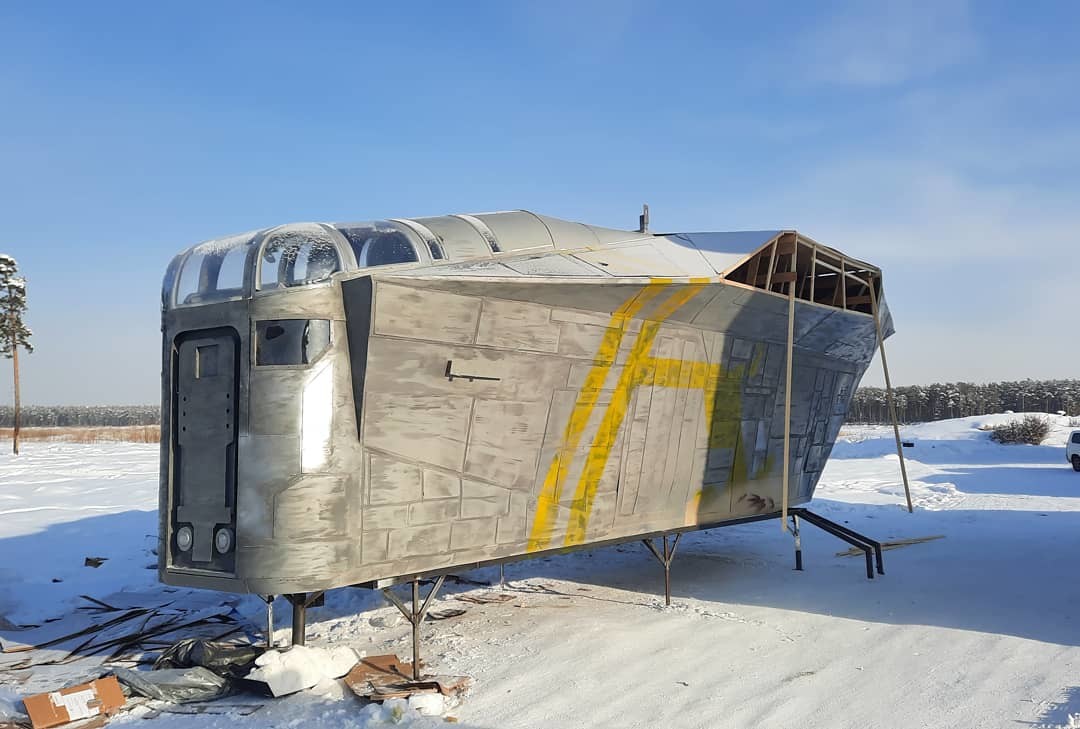 There was not enough money for the construction, so cosplayers put their phones in pawnshops, borrowed money from their friends and asked their subscribers in social networks for donations. The cosplayers were also helped by local businessmen, who gave money to pay for a hangar. 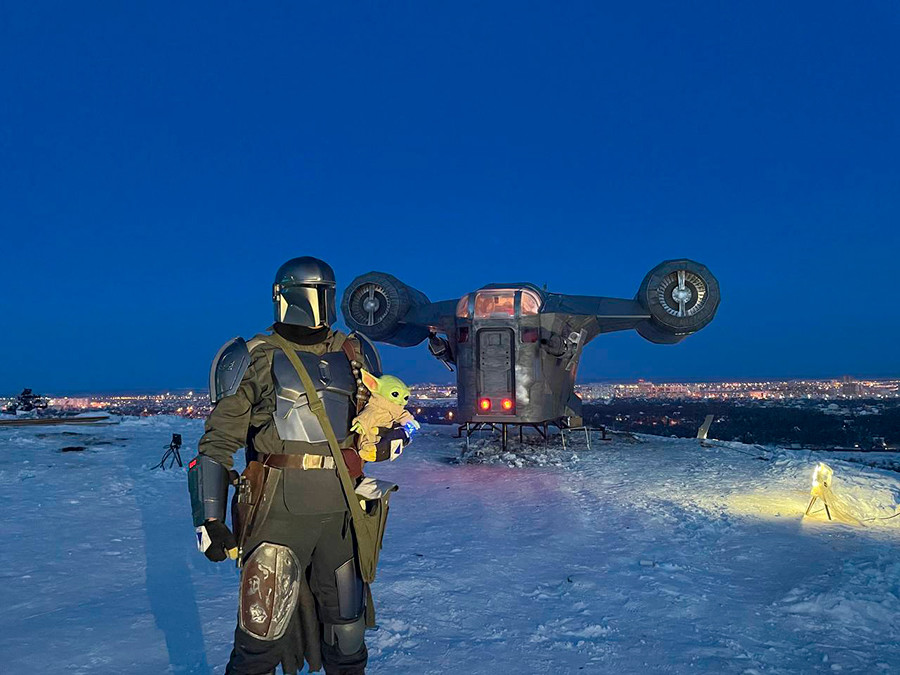 “Initially, we didn’t know where to put the ship, but a local park contacted us and offered to put the ship on their property. At first, we thought that Razor Crest could be lifted by thirty people, but no - we had to bring the ship in parts and assemble it already on the spot with the help of winches,” explains Fedorov. 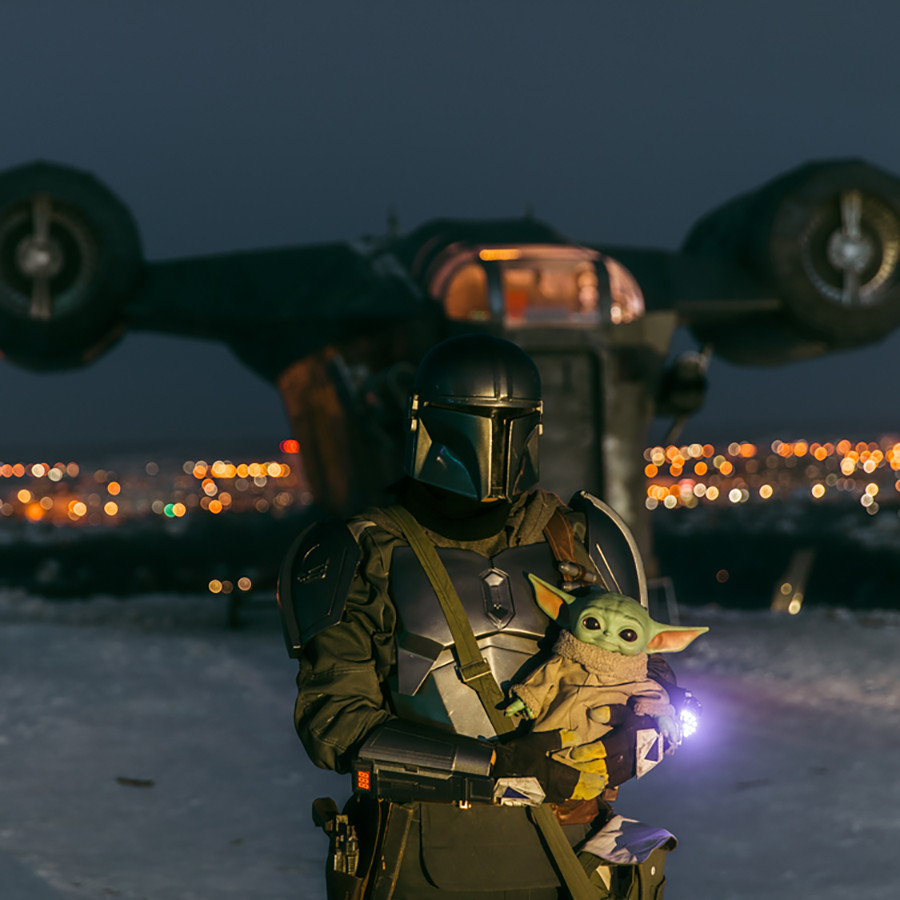 According to him, in the near future, the team will start shooting fan scenes based on ‘The Mandalorian’ featuring the spaceship. Now Ayaal and his friends are working on creating the costumes.