A brief history of the Russian squat 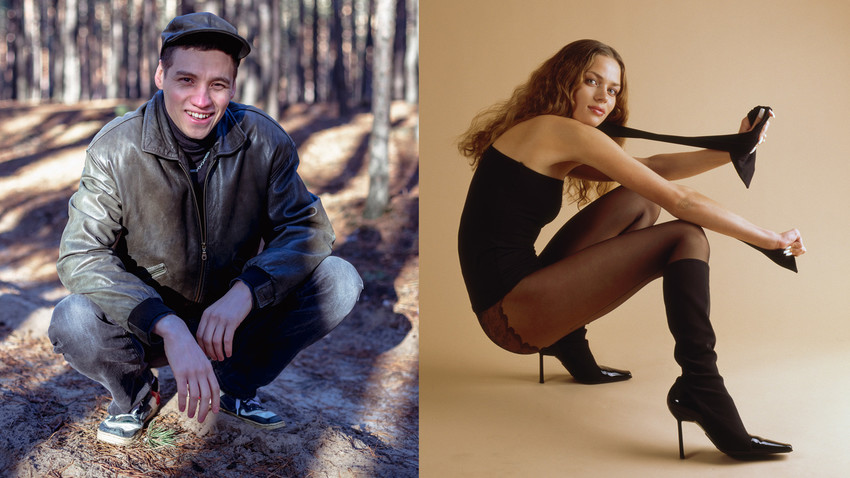 Legion Media; Igor Primak/Global Look Press
You see Russian thugs, dressed in three-stripes and all, squatting everywhere. Is it some kind of Russian yoga?

First things first: how to detect a foreign spy disguised as a Russian? By the “right” and “wrong” ways to squat. A non-Russian would do it the wrong way:

In Soviet Russia, one could easily tell when a man had spent time in prison – such a man could easily sit squatted for a really long time. Why was that skill so important in detention? 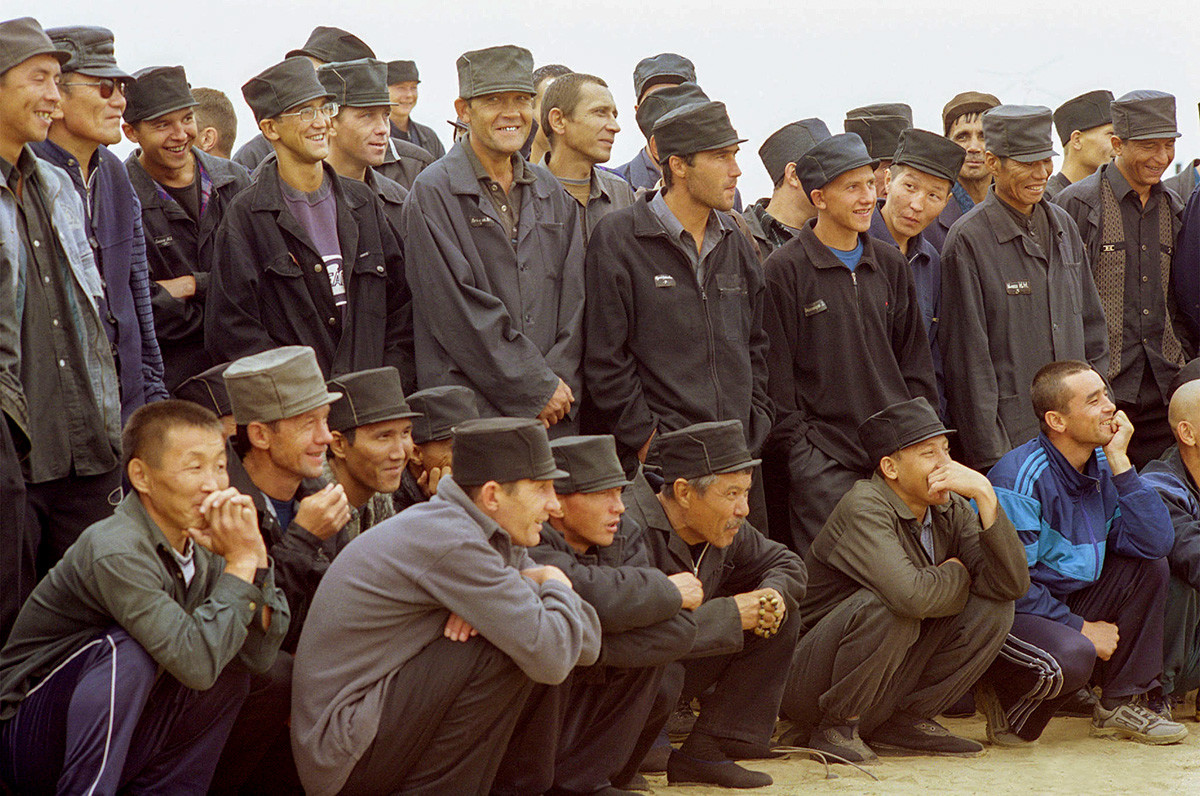 BURYATIA, RUSSIA. Spectators during the sports event for inmates of corrective institutions of the republic.

The rules in the Soviet prisons stated that prisoners could lie or sit on their beds only after lights out. During daytime, prisoners had to stand or sit on the floor. This harsh rule came from pre-Revolutionary times – for example, in St. Petersburg’s ‘Kresty’ prison, where a prisoner’s bed was to be raised at the beginning of the day and lowered only by night so that the prisoners couldn’t sleep during the day. Currently, such strict rules are applied only in high security prisons. 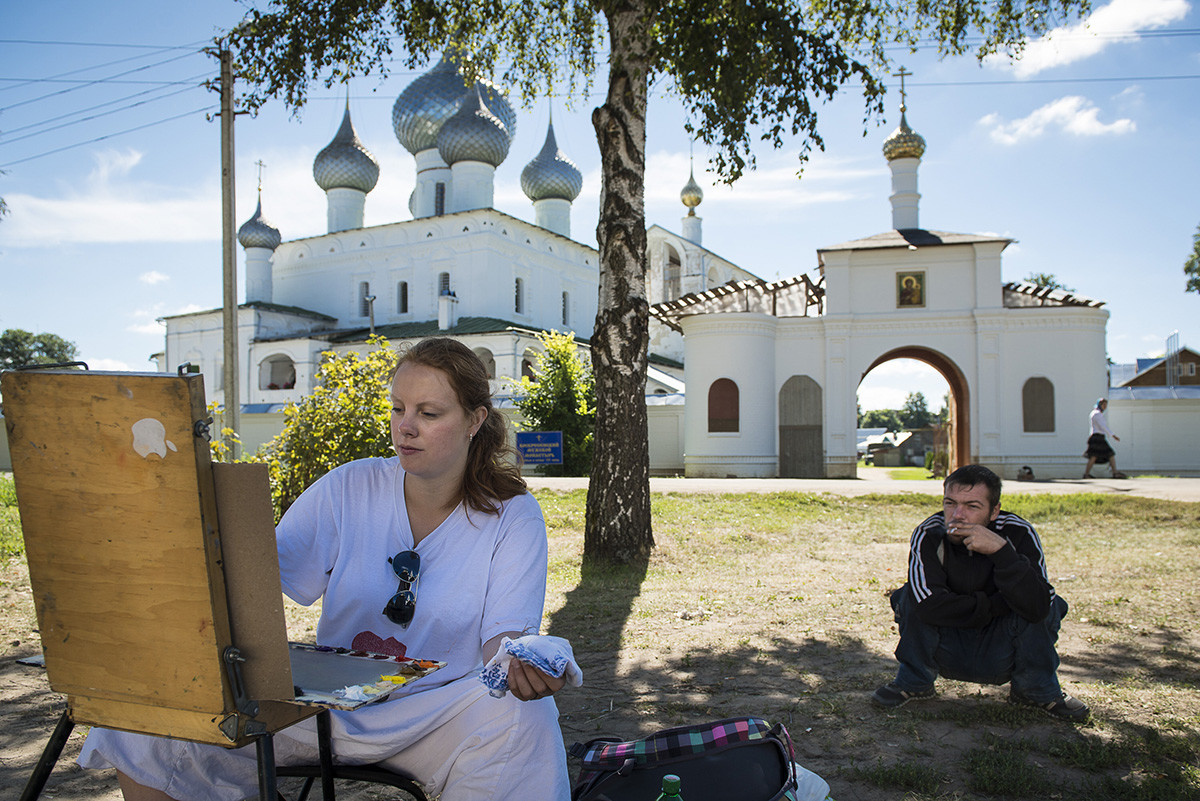 A moment of appreciation

Not only the fact that stone floors were unbearably cold – but also the fact that sitting on the floor was considered unbecoming and lowly among the Russian prisoners. Personal hygiene in prisons was always a very important thing. So sitting squatted was the choice. In fact, it was the only way most prisoners could sit – their inner yards, where they had about half an hour of free time each day, didn’t have benches either. 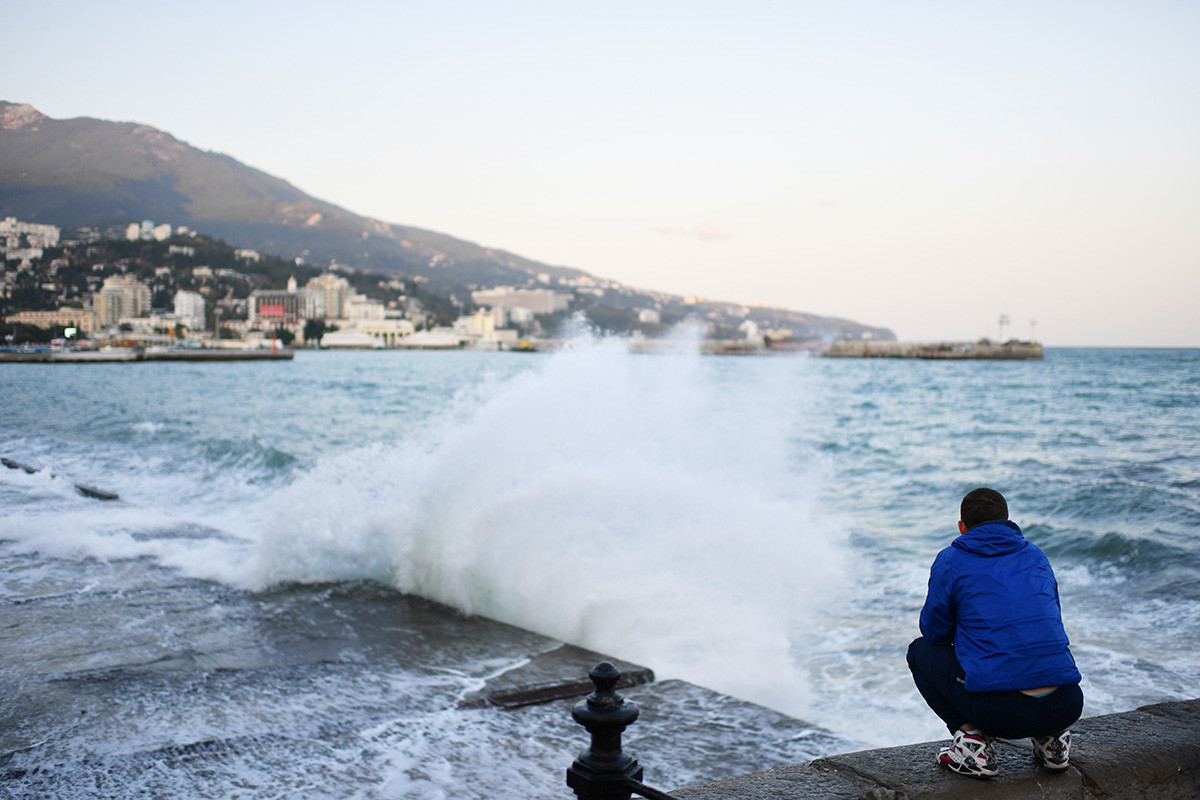 A moment of contemplation

Sitting squatted became a habit, so former inmates were remarkable for their ability to sit squatted for a really long time. This “skill” became popular among the criminalized youth of the USSR, mostly for the same reason. 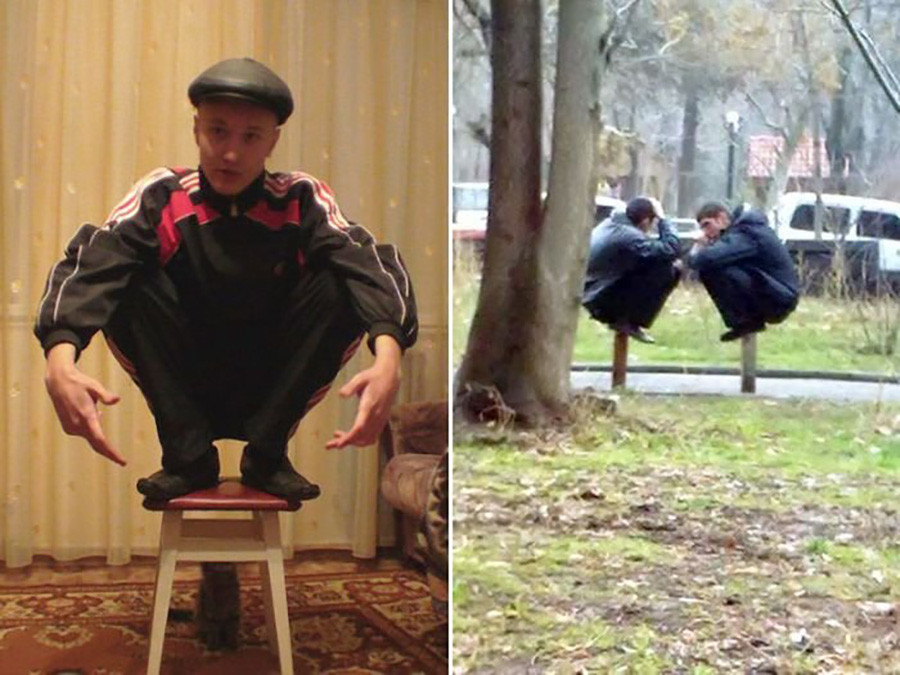 The anonymous Russian professionals of squatting

The places where young thugs (gopniks) could gather and engage in fights, smoking and drinking, usually didn’t have benches – these places were referred to as “behind the garages”, “near the heating pipeline” and so on. So, the hooligans had to learn to squat, as well. 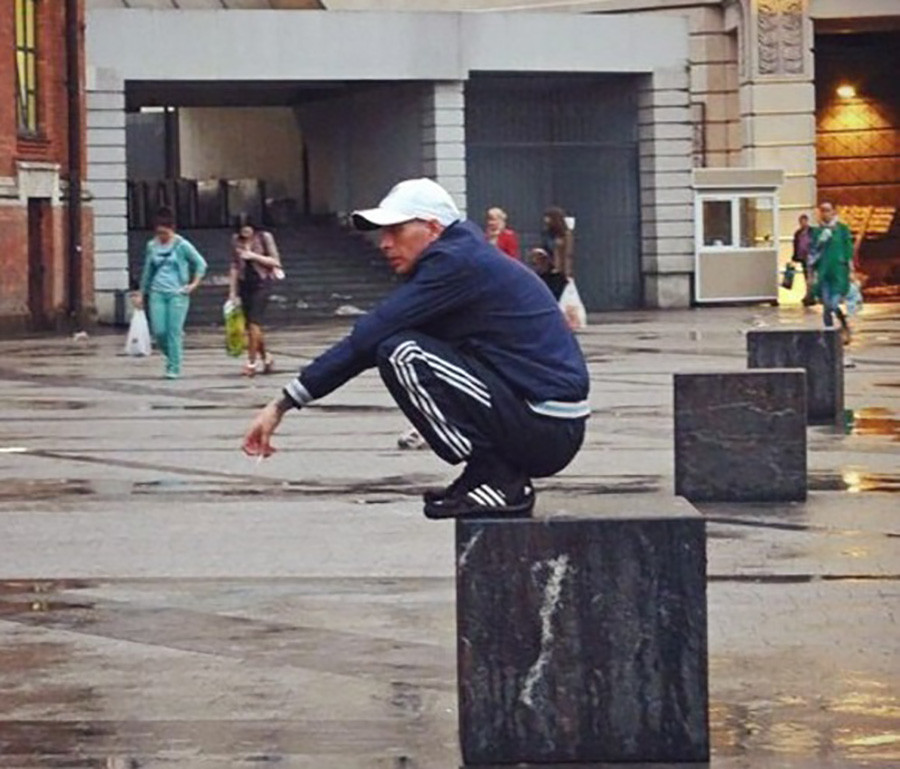 In his essay ‘Body Techniques’, French ethnographer and sociologist Marcel Mauss wrote that “humankind can be divided into those who sit squatted and those who sit using some appliances”. “A baby often squats, while we can’t do this anymore,” wrote Mauss, implying that squatting is a sign of a lower level of society development. Indeed, in closed male communities, primitive hierarchy gets quickly established, and most likely squatting is one of its features. 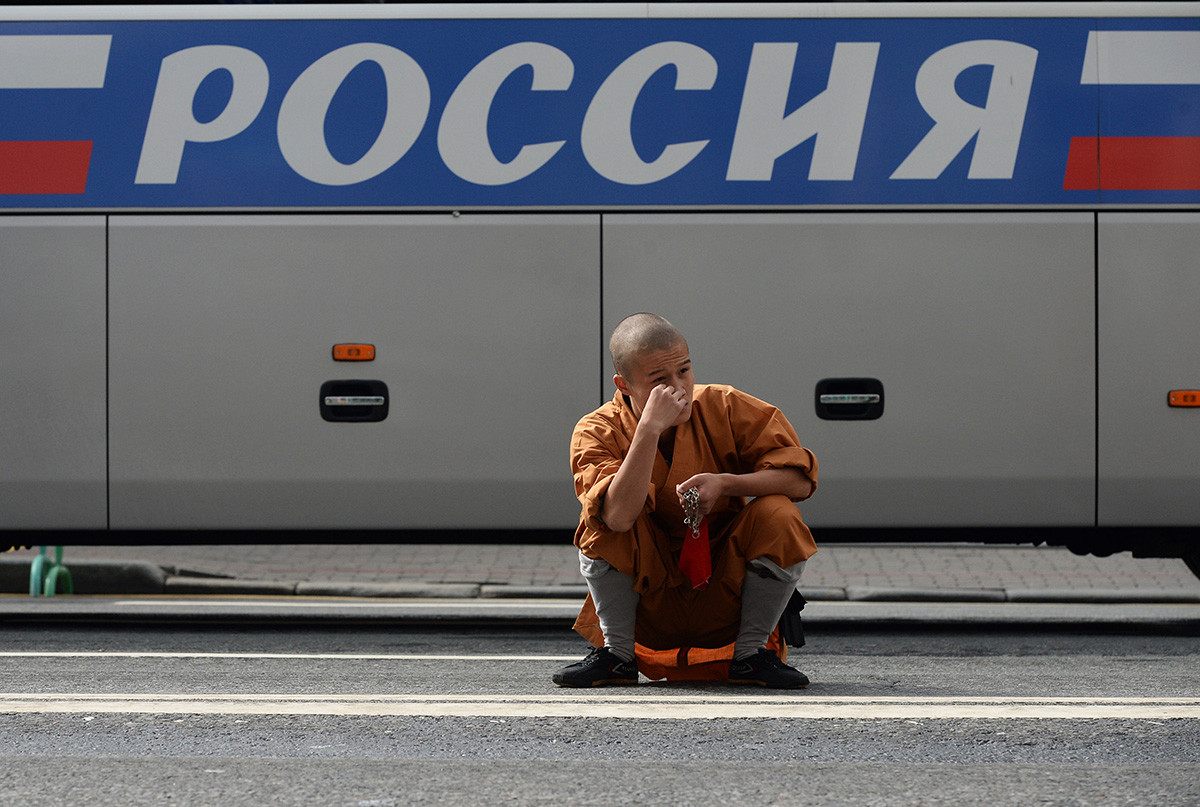 A Chinese musician (from Shaolin monastery) sits squatted waiting for his turn to take the stage in Moscow, during 'Spasskaya Tower' music festival

Sitting squatted is also very popular in the Asian cultures – when there’s a conversation of two or more people, and there are no chairs or benches, many Asian people will also squat for convenience and go on with their talk.

How long could YOU sit squatted? Experienced ‘squatters’ could do this for eternity, really – they don’t feel their legs ache or becoming numb. Doctors say that squatting, as one of the ancient poses humans used regularly in absence of chairs, is really beneficial for the knee joints, intestinal peristalsis, blood flow, etc. Could this be one of the reasons Russians are so tough?