5 most famous Russian prisons and their convicts 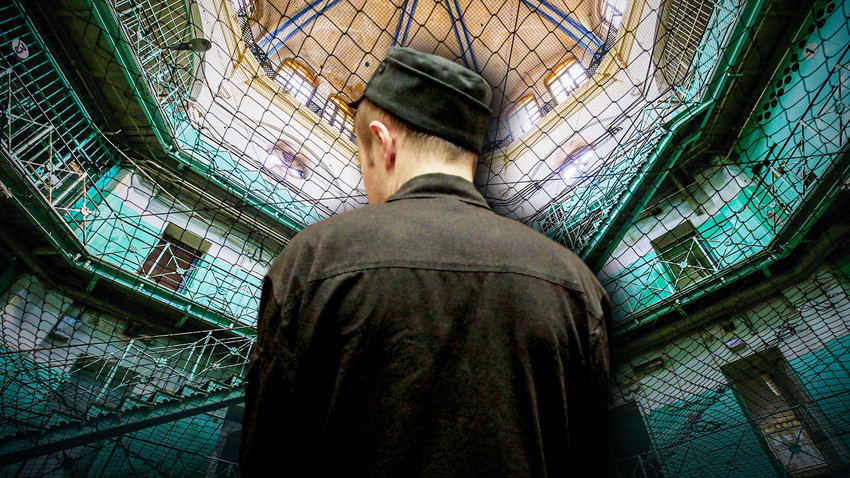 Peter Kovalev/TASS; Andrey Stenin/Sputnik
From the oldest prison house in Russia to St. Petersburg’s most famous prison, the ‘Crosses’.

In ancient times in Russia, separate jailhouses weren’t in immediate demand – to detain prisoners, dens were simply dug in the ground. Also, underground passages under fortress walls served to detain criminals and separate cells could be organized in monasteries.

Meanwhile, Russia’s oldest separate prison house was built in what used to be the state’s easternmost outskirts, in the town of Cheboksary, halfway between Nizhny Novgorod and Kazan. 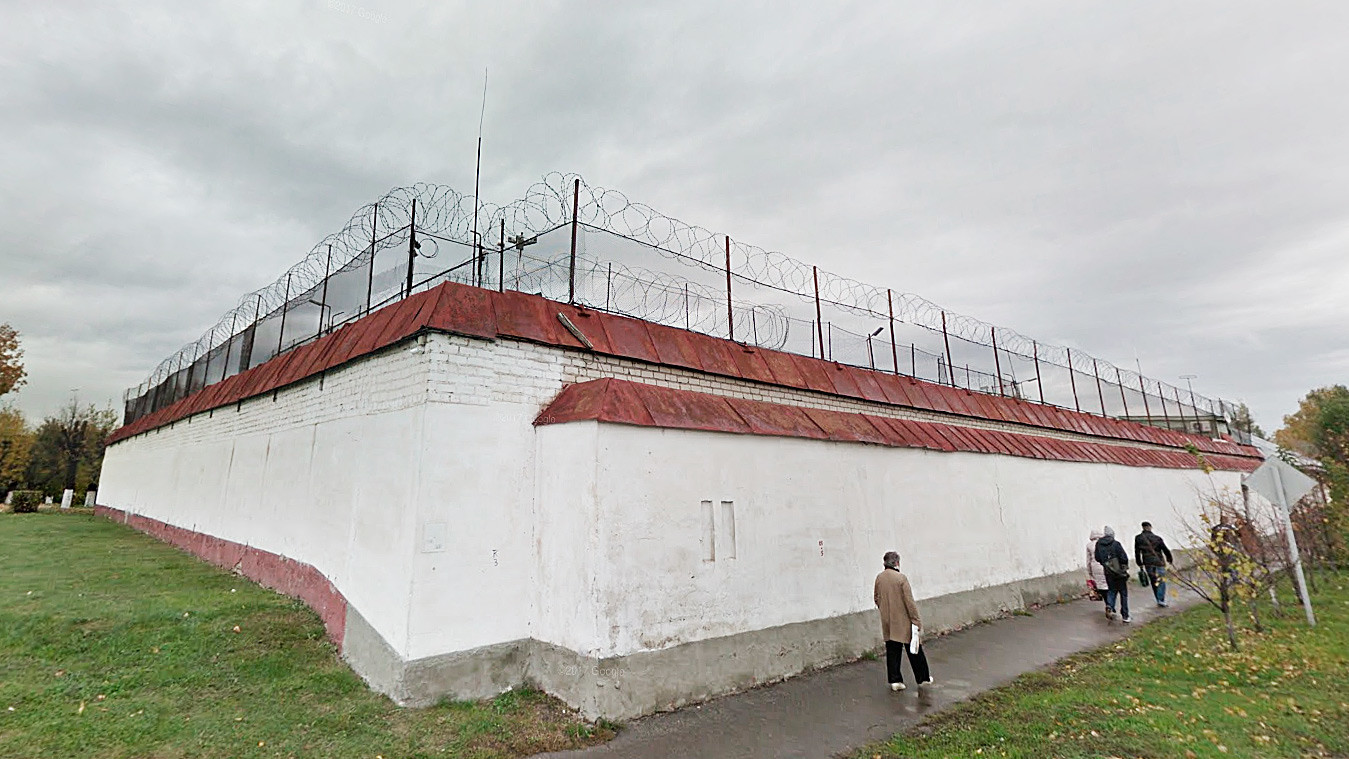 This prison is considered to be the oldest in Russia. It was first built out of wood at the order of Ivan the Terrible and simultaneously with the Cheboksary wooden kremlin (founded in 1555). The fortress was built there to facilitate Moscow Tsardom’s presence in these lands, subdue the local Tatar tribes and make them pay tributes. The rioting leaders of the locals, as well as criminals from the Russian local population, were to be placed inside the Cheboksary prison.

In 1646, the prison was rebuilt in stone, with 82-cm-thick walls. In 1871, it was named Cheboksary Prison Castle. It is now the oldest functioning prison in Russia that still stands in its initial place in the center of the city. And nobody has ever escaped from Cheboksary prison.

Famous convicts: There is a legend that Stepan Razin (1630-1671), leader of the 1670-1671 peasant riot, was held briefly in the Cheboksary prison while en route to his execution in Moscow. 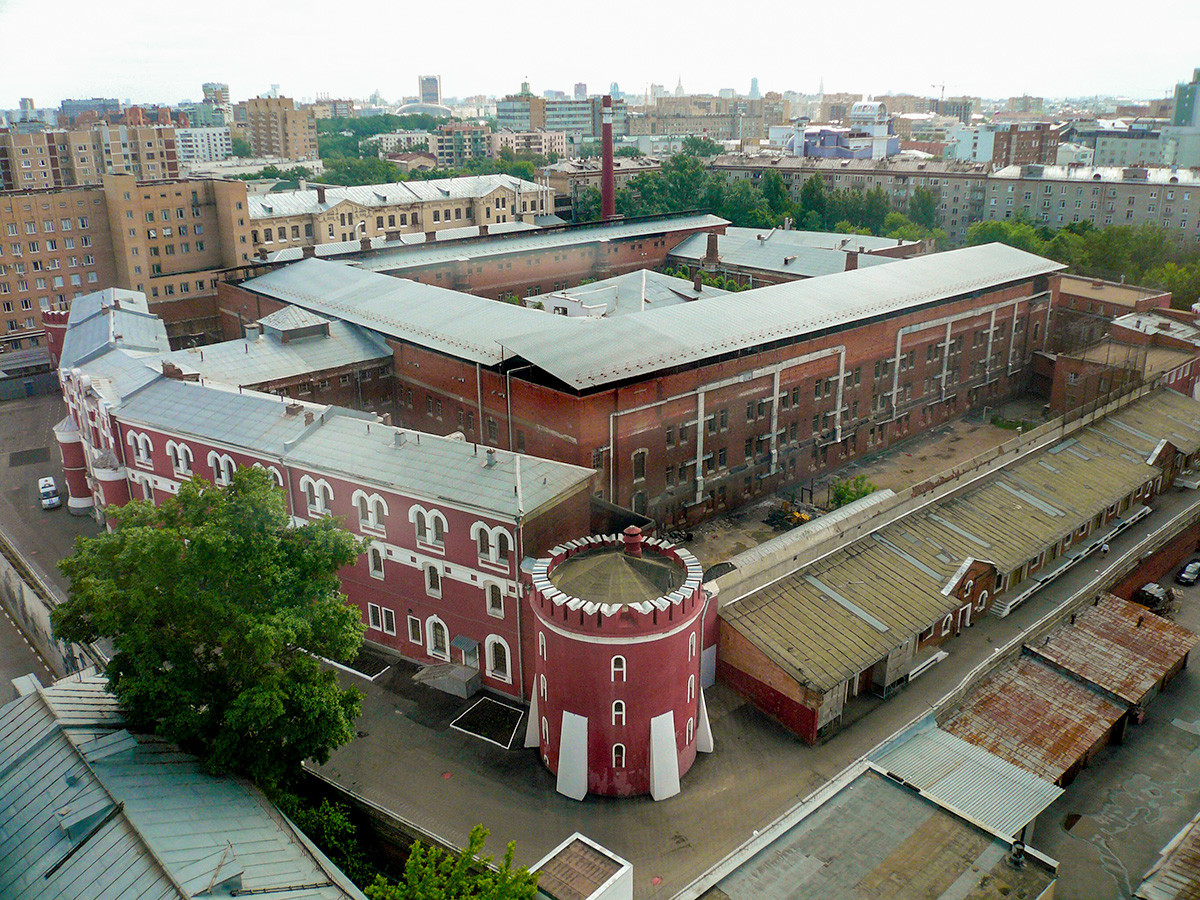 In the early 1770s, the place where Butyrka now stands was on the outskirts of Moscow. In 1771, a wooden fortress was built there for prisoners. In 1775, Emelyan Pugachev, a leader of another peasant riot, was held here in the basement of a wooden tower. He was such a famous criminal that the tower where he was kept was named after him and the vertical cage in which Pugachev was forced to stand upright for days was kept in the inner yard of the prison for a hundred years along with his 22-pound fetters.

In 1784, the prison was rebuilt into a stone prison castle with four towers and a wall. It became a transit prison, with about 30,000 convicts annually going through it.

Butyrka preserved its function in the Soviet times. But before the 1980 Moscow Olympics, authorities decided to conceal Butyrka from the eyes of the city’s guests, so an apartment building was built around it. 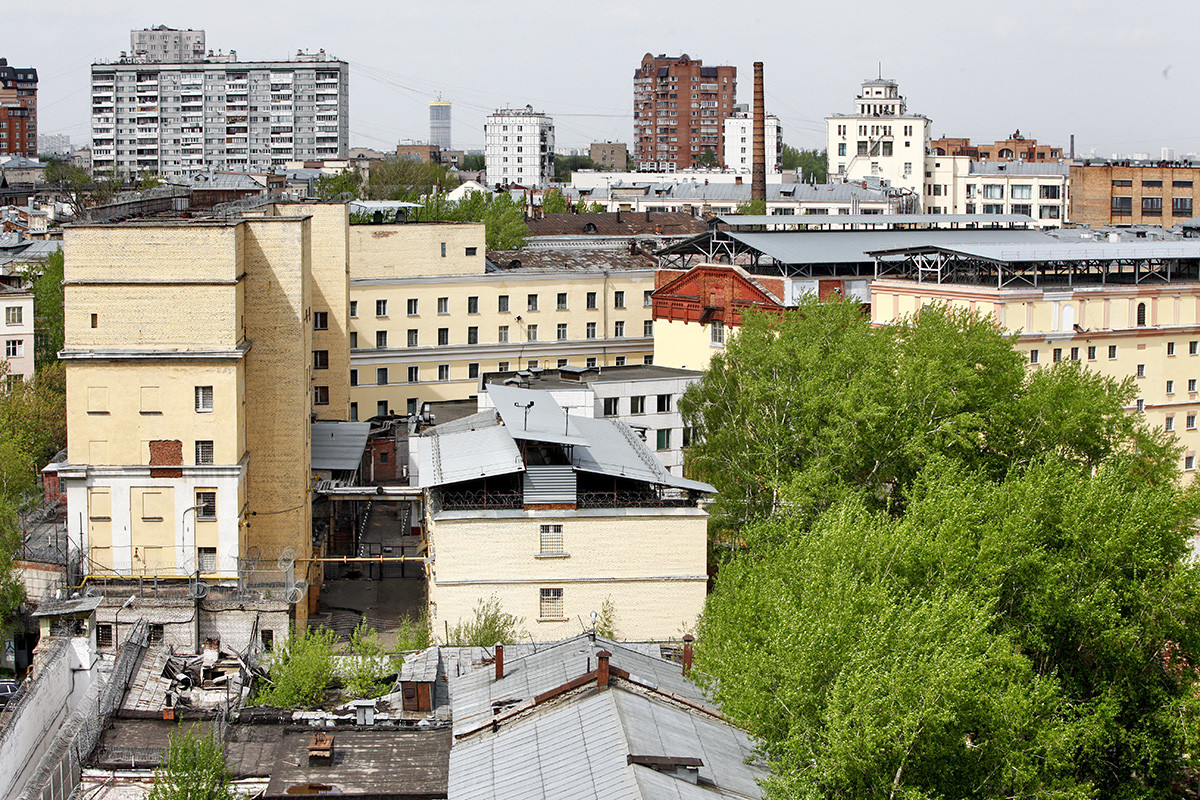 The name of this Moscow prison has an interesting history. The street where it is located also bears the name ‘Matrosskaya Tishina’, which means “The Sailors’ Silence”. Since Peter the Great’s time, sailors were settled on the banks of Yauza River there and, in 1771, a hospice for veterans of the Russian fleet was organized. A psychiatric hospital was located nearby and so the street was usually covered with hay so that the horses and carriages wouldn’t produce a rattle and disturb the veterans and the lunatics alike.

The prison, founded in 1775, was initially also a “house of restraint”, a special institution where people who committed crimes because of mental diseases were kept, along with debacheurs, drunkards, etc. In 1870, the house of restraint was transformed into a regular prison.

In 1918-1945, the prison was used to hold up juvenile criminals and, in 1946, became a regular prison again. In 1949-1953, parts of the building were used to keep the Nazi criminals captured during WWII. Currently functioning as a pre-trial detention prison, it holds up to 1,700 convicts. 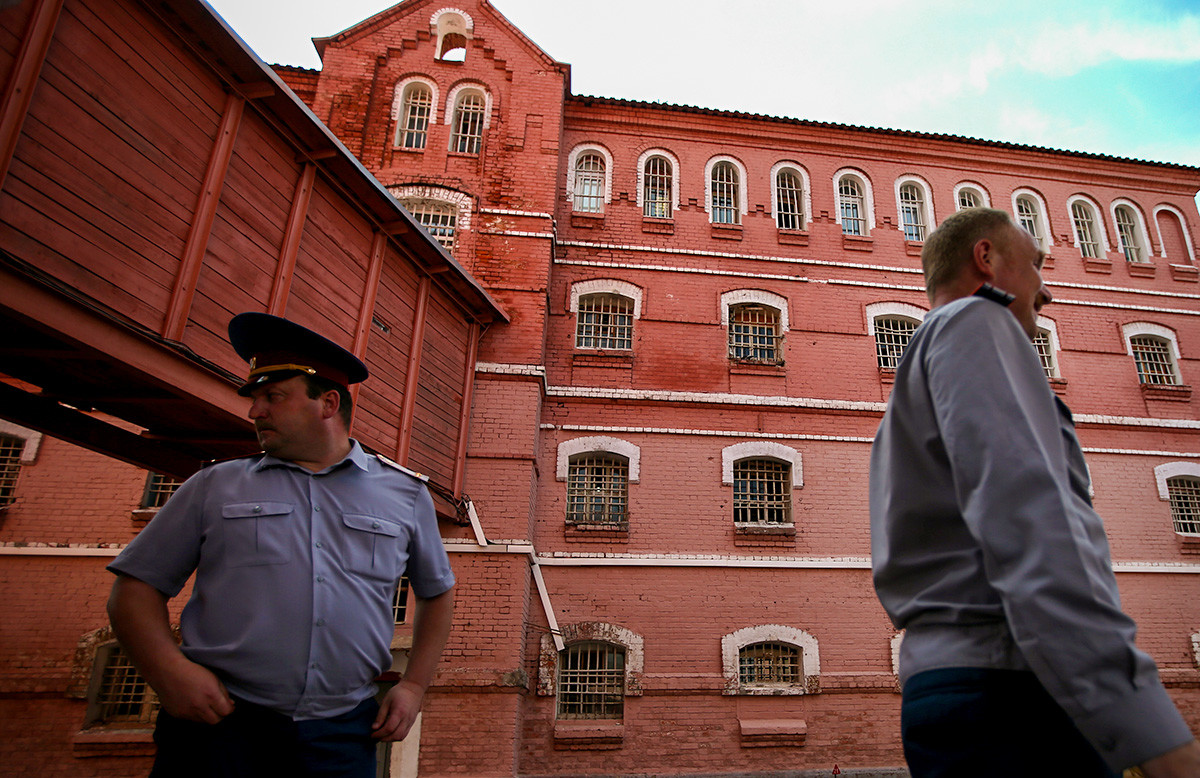 This prison, too, was founded in Vladimir in 1783 during Catherine the Great’s reign (Catherine’s reign was marked by a considerable hardening of serfdom in Russia, which spawned a great lot of crimes and, subsequently, convicts). It was initially built as a labor house for petty criminals, but in 1906, it became a central prison – a specially guarded and fortified detention facility.

From 1921, the Vladimir Central was used by the Soviets to hold up political prisoners and, in 1929-1953, it was controlled by the organs of state security (NKVD followed by the KGB). Here, the most dangerous and important convicts were held, and, during the prison’s history, no jailbreaks out of here were registered.

Currently, the Vladimir Central Prison is a special security prison. It is also famous in criminal folklore, because of the eponymous song by Russian urban (criminal) chanson singer Mikhail Krug (1962-2002). 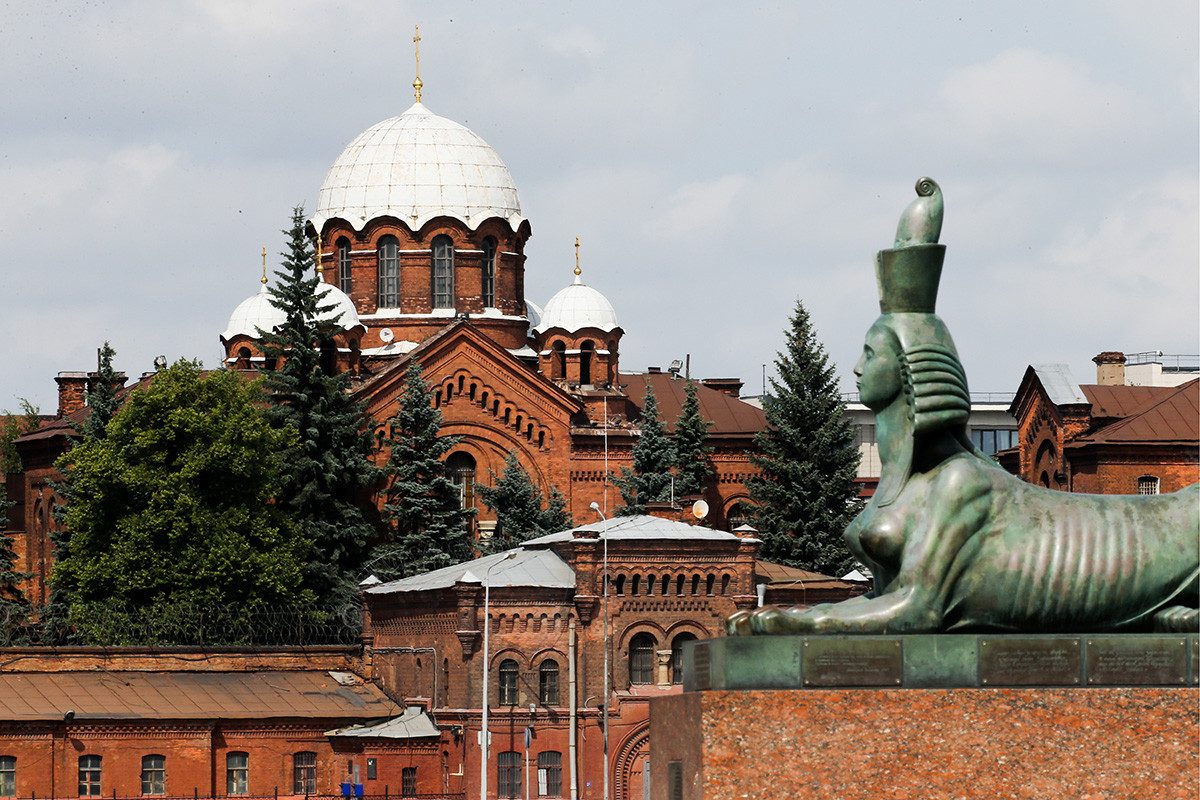 A view of the Kresty prison with the St. Alexander Nevsky Church (located on the prison territory) in the center

The buildings of this most famous prison of St. Petersburg are shaped in the form of crosses, hence its name. Since 2017, the Kresty is no longer functioning, with the prisoners being relocated to another detention center in Kolpino, near St. Petersburg. Still, ‘Kresty’ is very famous in the Russian prison culture and history.

It was founded in 1868. Legend has it that the buildings were constructed by the convicts who were later kept in this prison. Initially, it was constructed for 1,150 inmates. After the Revolution of 1905, the prison was used mainly for political prisoners. Famous future Bolsheviks, such as Leon Trotsky, Anatoly Lunacharsky, and Lev Kamenev were kept in this prison. 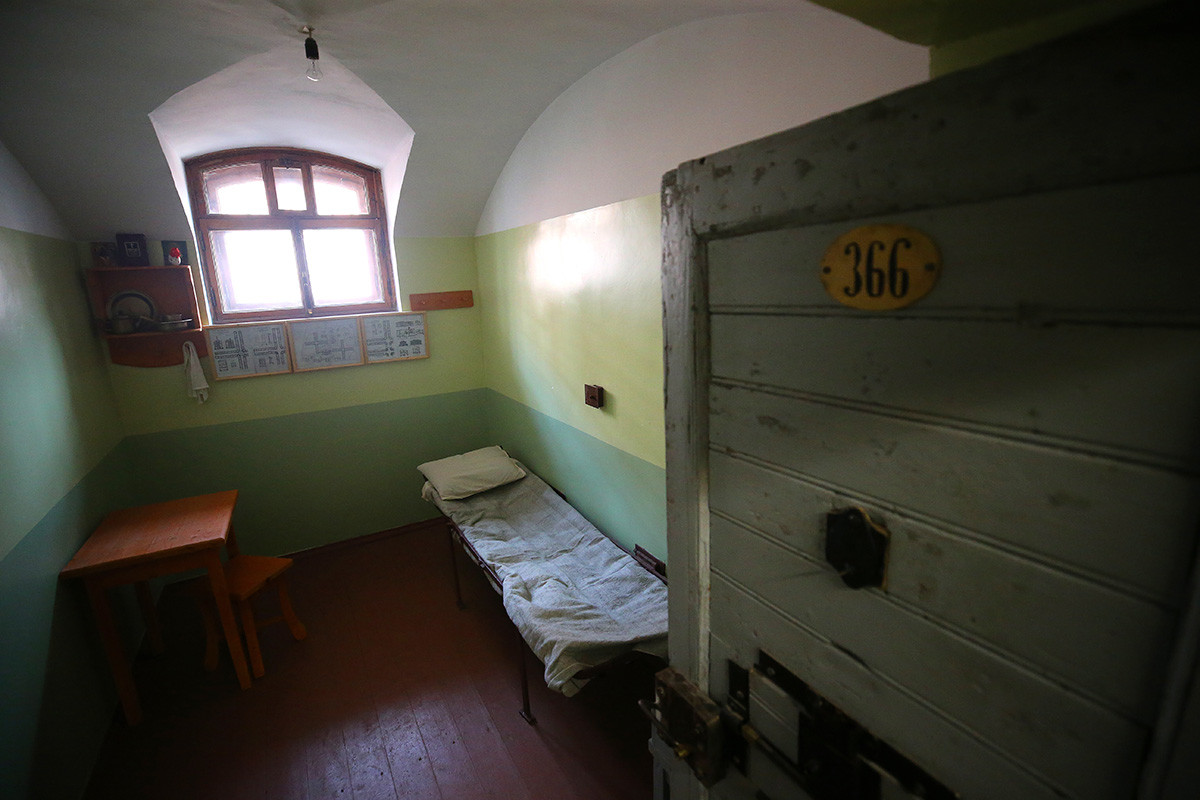 A cell in Kresty as it looked in pre-revolutionary times (from the Kresty prison Museum).

Among the harsh rules of the ‘Kresty’ was the fact that a prisoner’s bed was to be raised at the beginning of the day and lowered only by night so that the prisoners couldn’t sleep during the day.

Another harsh condition was the constant over-population of the prison that was especially harsh during Soviet times – 8-meter cells could hold up to 18 inmates. They took turns to sleep during the night. Because of the overpopulation and poor condition of the buildings, the prison has been relocated from there. There are currently still about 200 inmates in there, who maintain and repair the building.