How Russians changed my life: Jonathan from the United Kingdom 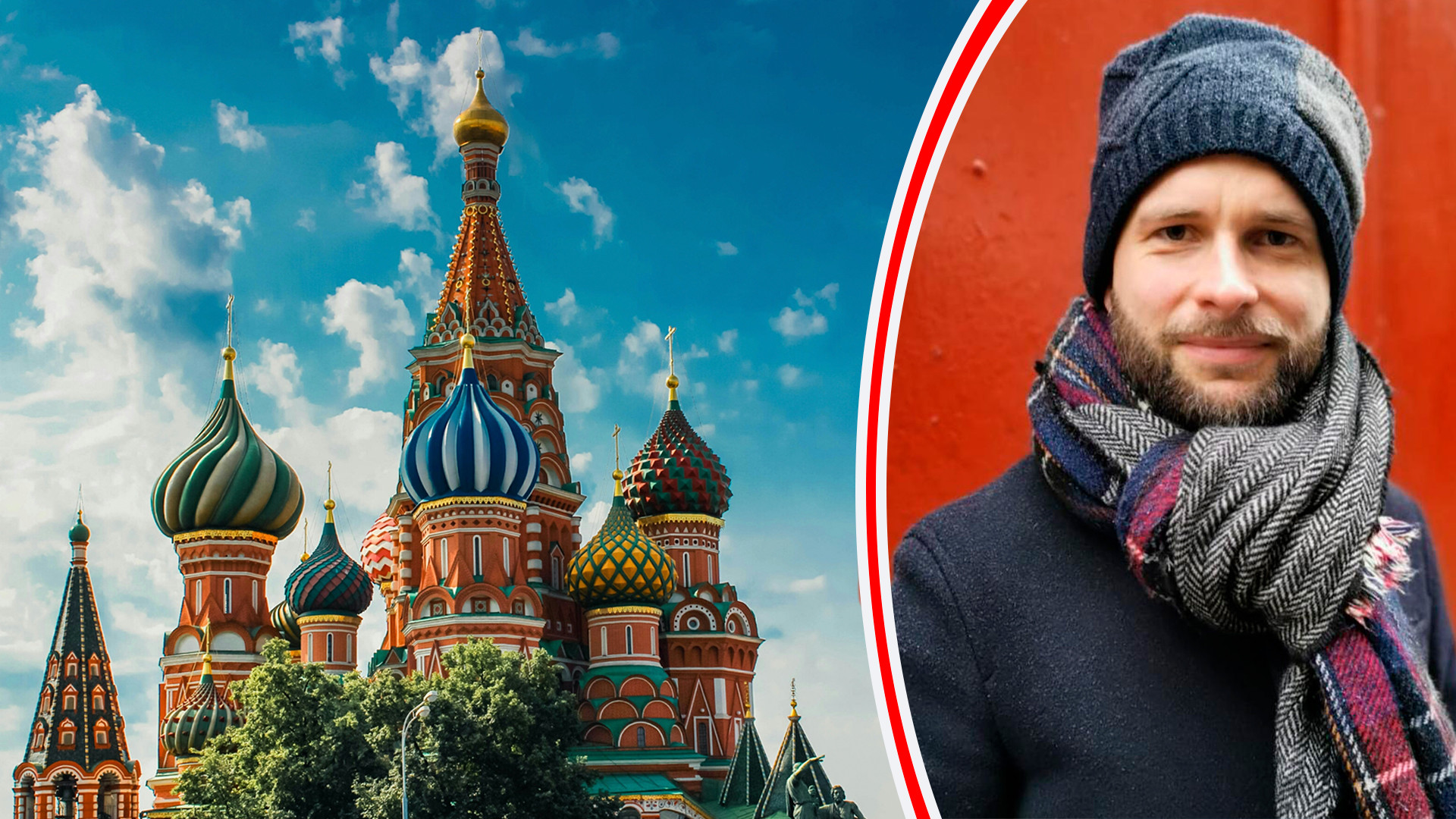 Jonathan Campion; Getty Images
From business meetings in Moscow City to eerie encounters in Ulan-Ude, my life has been shaped by conversations with Russians.

I learned Russian at university. I never liked studying from textbooks, so between lessons I picked up the language in other ways. This was 2003, before social media, YouTube and Amazon; to hear Russian spoken I had to order DVDs - Nochnoy Dozor, Brat, Progulka - on Ebay from a warehouse in Krasnoyarsk and wait a month for them to arrive. Some of my first Russian teachers were Konstantin Khabensky and Sergey Bodrov Jr.

For the third year of my course (2005-2006), I went to study in Russia. To get as far out of my comfort zone as possible, instead of Moscow or St. Petersburg, I chose a language school in Yaroslavl for the first half and Tver State University for the second. 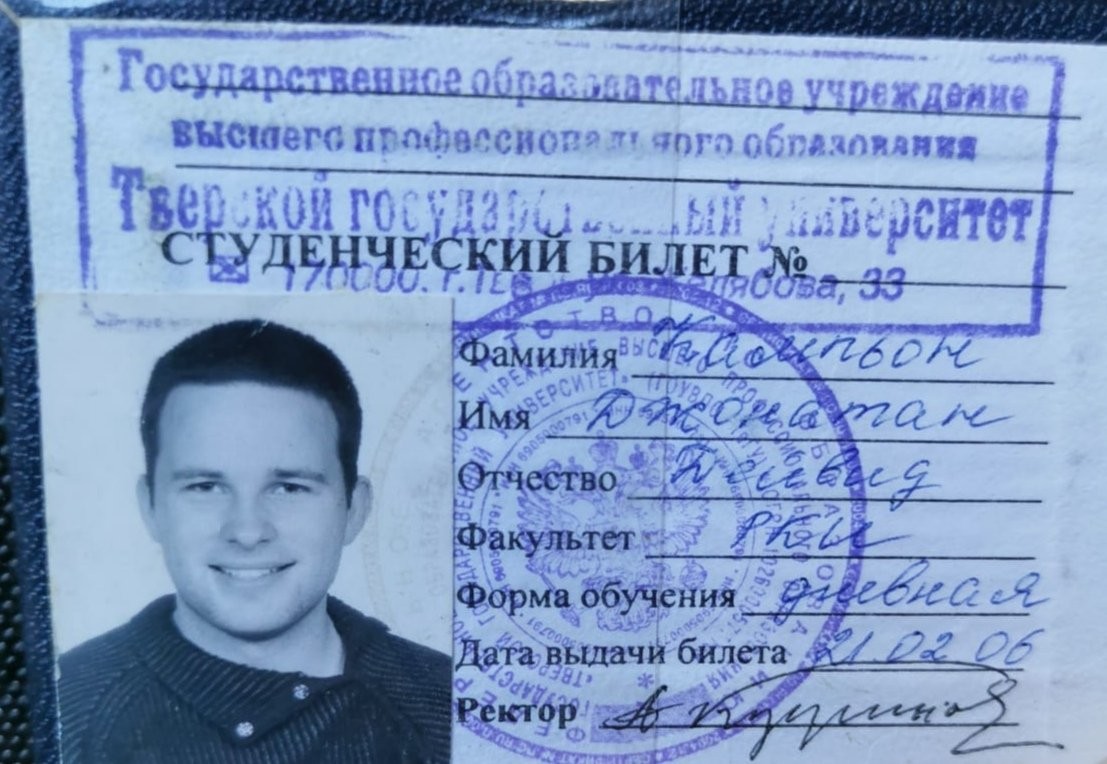 After two years studying in England I thought my Russian was fluent. Trying to talk to people in Yaroslavl I quickly realized I understood almost nothing. The teachers at the school got me speaking with more confidence and I topped up my vocab by listening to Yulia Savicheva and Zemfira on my walkman as I wandered through the streets. I spent a lot of time wandering: for at home, Tamara Aleksandrovna, the formidable babushka whose spare room I slept in, would always await me, feeding me spaghetti with tangerines in warm milk and who once cut my bath towel into pieces. 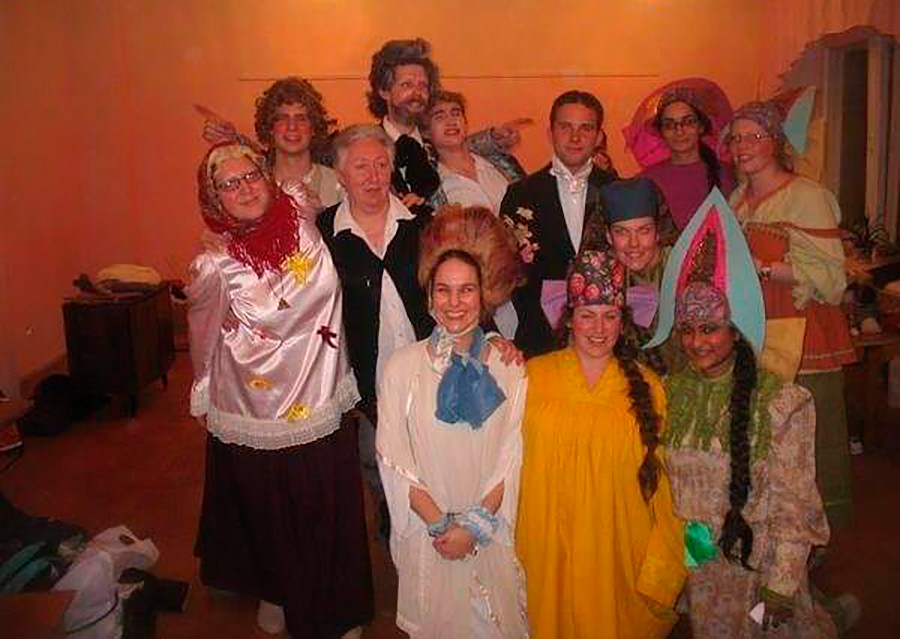 In Tver, I lived in an obshchezhitie (dorm) above the classrooms. The other students were from Finland; we would read Gogol in the daytime and drink vodka on the stairs with Russian friends at night.

Over nine months in Russia, I grew up. On my last evening, my phone and wallet were stolen on the train from Tver to Moscow. I lost contact with everyone I knew in Russia. At the station, I was picked up by the militsiya (police) and spent the night on patrol with them in the back of their car. When they finally dropped me in Izmailovo, I found a five-star hotel and convinced reception to let me sleep in the lobby. Now I knew I was fluent.

Argentinian wine and a hundred questions

Almost ten years passed before I set foot in Russia again. In 2016, I came back for a job as the Russia analyst at a wine & spirits research agency. This meant spending two weeks in Moscow each winter meeting with alcohol companies, to write reports about which drinks brands are popular in Russia. For three years, I was the person who worked out how much vodka Russians drink.

If I avoided Moscow when I was 20, I was obsessed with her at 30. Russia had changed a lot between 2006 and 2016 - the country had modernized, internationalized - but the things I loved about her were still there. People live their lives by common sense and intuition, and treat each other like adults. I always felt that I could be myself with the people I spent time with.

Dashing around Moscow, from the plush skyscrapers of Moscow City to melancholy districts far from the center, I never knew who I would meet - or what I would find - when I arrived. At the meetings, my contacts gave me different perspectives on lifestyles in Russia: people don’t only drink vodka, of course, but Argentinian wine, tequila, vermouth and everything else, as well.

What united almost every Russian person I met, young managers and the big bosses alike, was generosity with their time. I would appear in their offices with a notepad and a hundred questions and they would tell me all the information I needed, even if the meeting ran over into the rest of their day.

Even in a professional setting, Russians could still be completely unfathomable. After one meeting with a gin importer, as we said goodbye, the lady gave me an orange to take with me.

I wanted to see every square meter of Russia. On my weekends, I gave it my best shot. 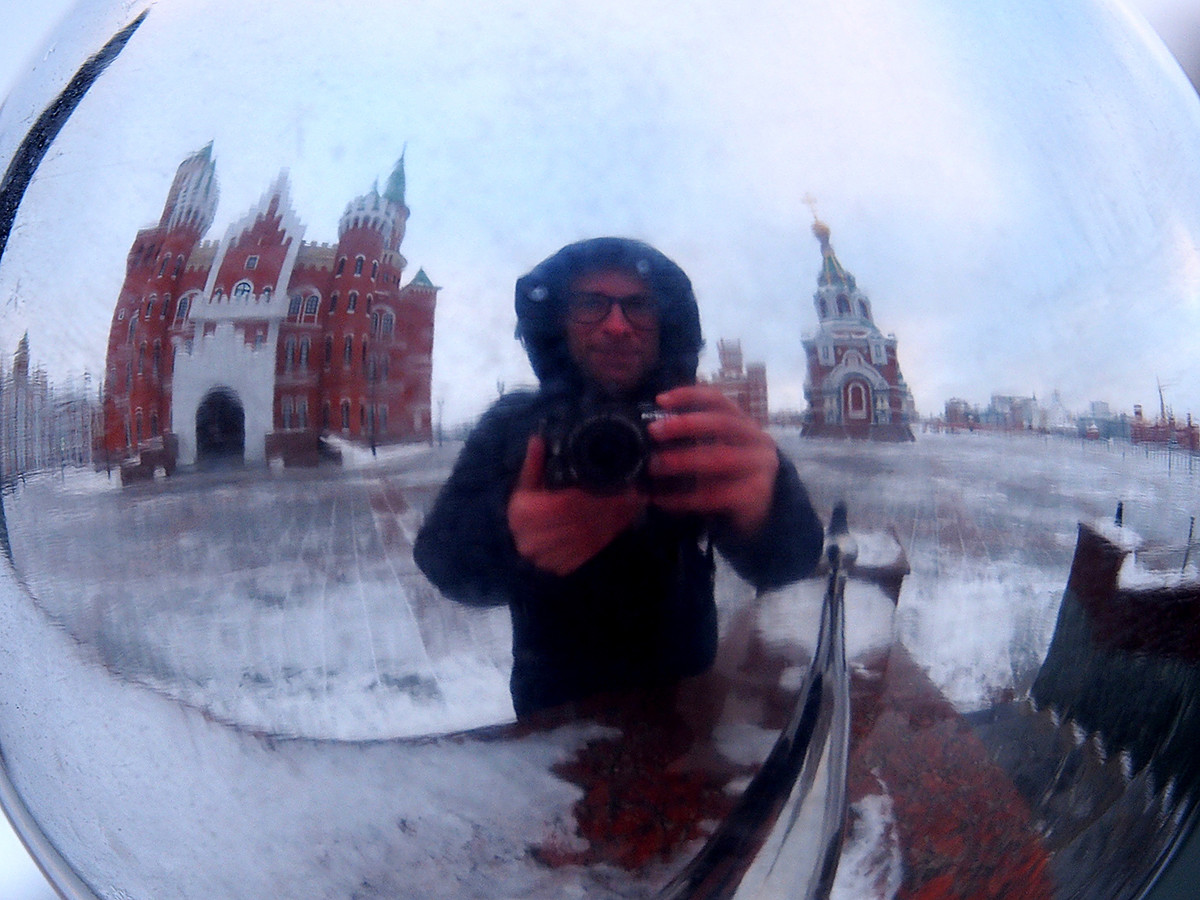 In Russia’s far corners and republics I came across beauty that made my heart jump out of my chest. In the Arctic taiga forest on the Kola Peninsula and on the river embankment in Arkhangelsk, the snow and silence was mesmerizing. So, too, was Patriarshaya Square in Yoshkar-Ola, in the republic of Mari El (it’s also, without a doubt, the oddest place I’ve ever been to: the most stunning building is a Spar supermarket). In Buryatia in Eastern Siberia, I heard singing at Ulan-Ude’s Odigitrievsky cathedral and Buddhist chanting at the Rinpoche Bagsha temple. The Russian voices were closer to Heaven than earth. 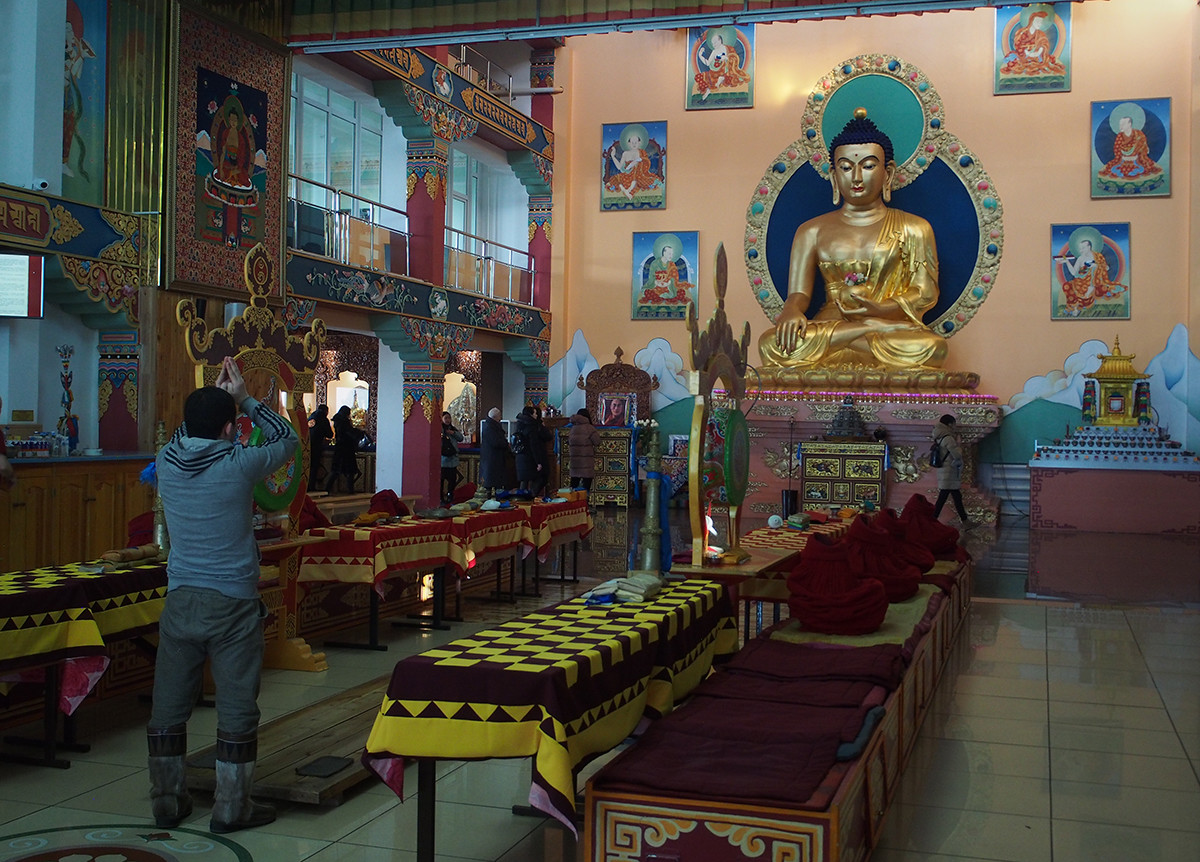 The Rinpoche Bagsha temple in Ulan-Ude

The Russian people I met in the provinces were generous with their time to even more crazy extremes. In Kandalaksha on the Kola Peninsula, an artist took me to her home to show me her studio. In Mari El, a lady beckoned me into her puppet theater and insisted that I catch the end of a show. A Buryat family in Ulan-Ude saw me taking photos and spent a whole afternoon giving me a tour of their neighborhood. There’s a story about a naked couple and a bottle of Martini in a hotel in Arkhangelsk, but I’m running out of space.

Sometimes, my heart jumped out of my chest for other reasons. In an eerie yurt-bar in Ulan-Ude, a girl came to my table, told me disturbing stories, then handed me a napkin that she had written on: ‘Mir naiznanku’ (“The world is inside out”). Like anywhere else, the scary moments in Russia leave you with new courage. 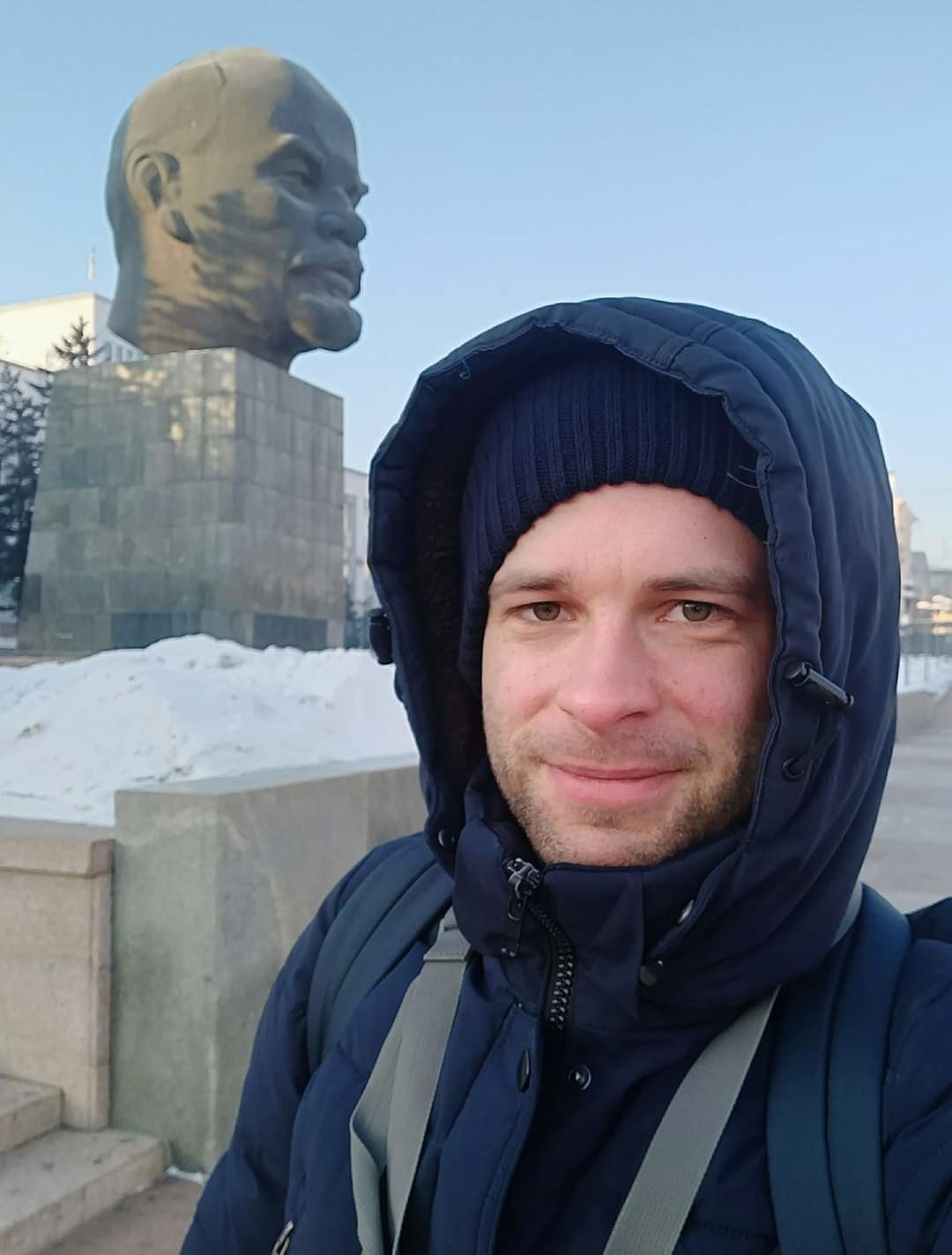 I hope that fate will bring me back to Russia. In the meantime, I’m trying to live the way that Russian friends have shown me. I try to stay guided by common sense and intuition. I give people as much time as I can. And I still listen to Zemfira.