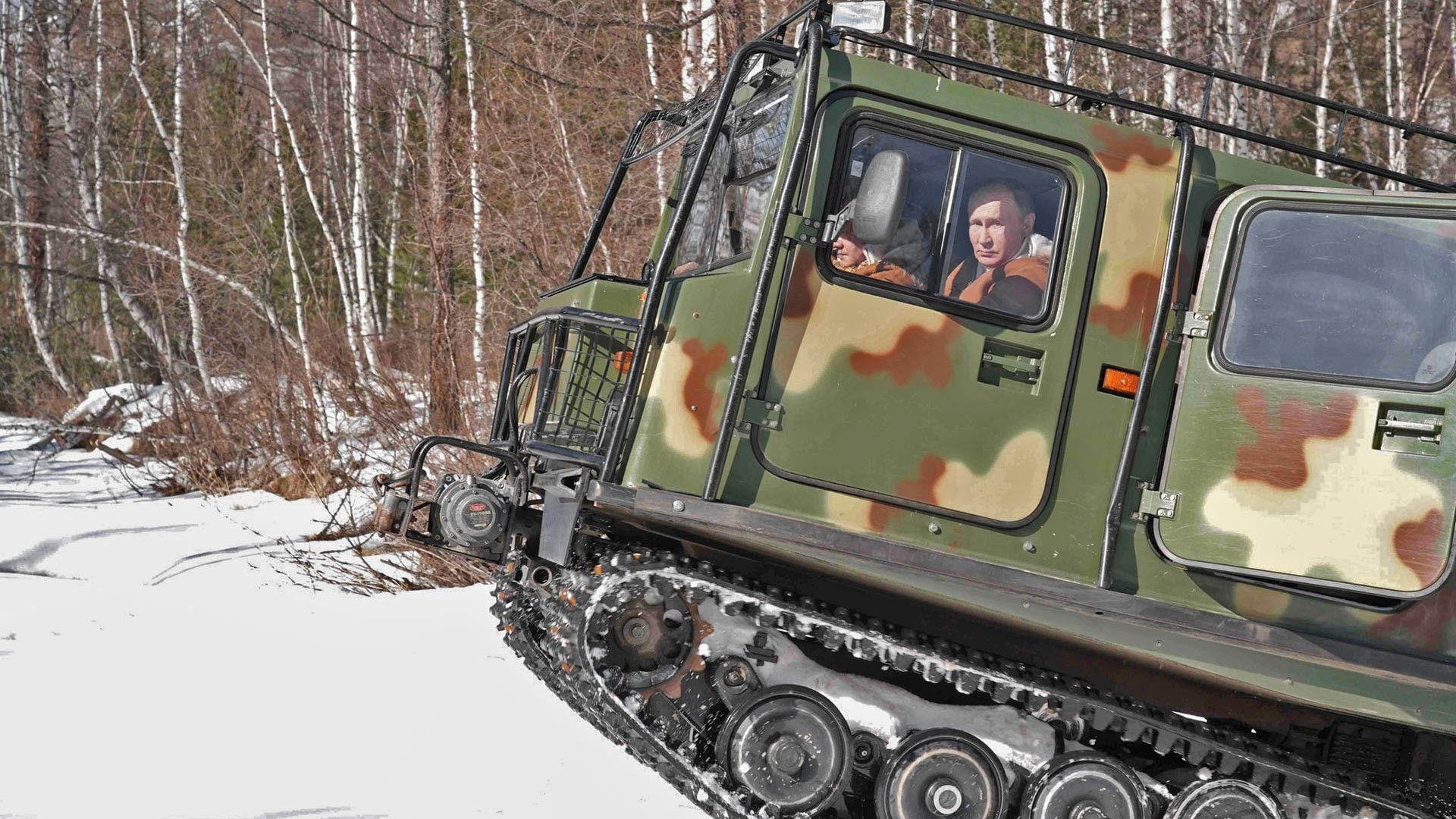 Kremlin.ru
Examining wooden handicrafts, driving an ATV and tea time in the wilderness are just some of the things President Vladimir Putin enjoyed when he took time off to mark the arrival of spring.

Putin and Defense Minister Sergey Shoygu are in a small wooden house in the middle of nowhere, with Shoygu holding a small piece of wood and the president looking on. 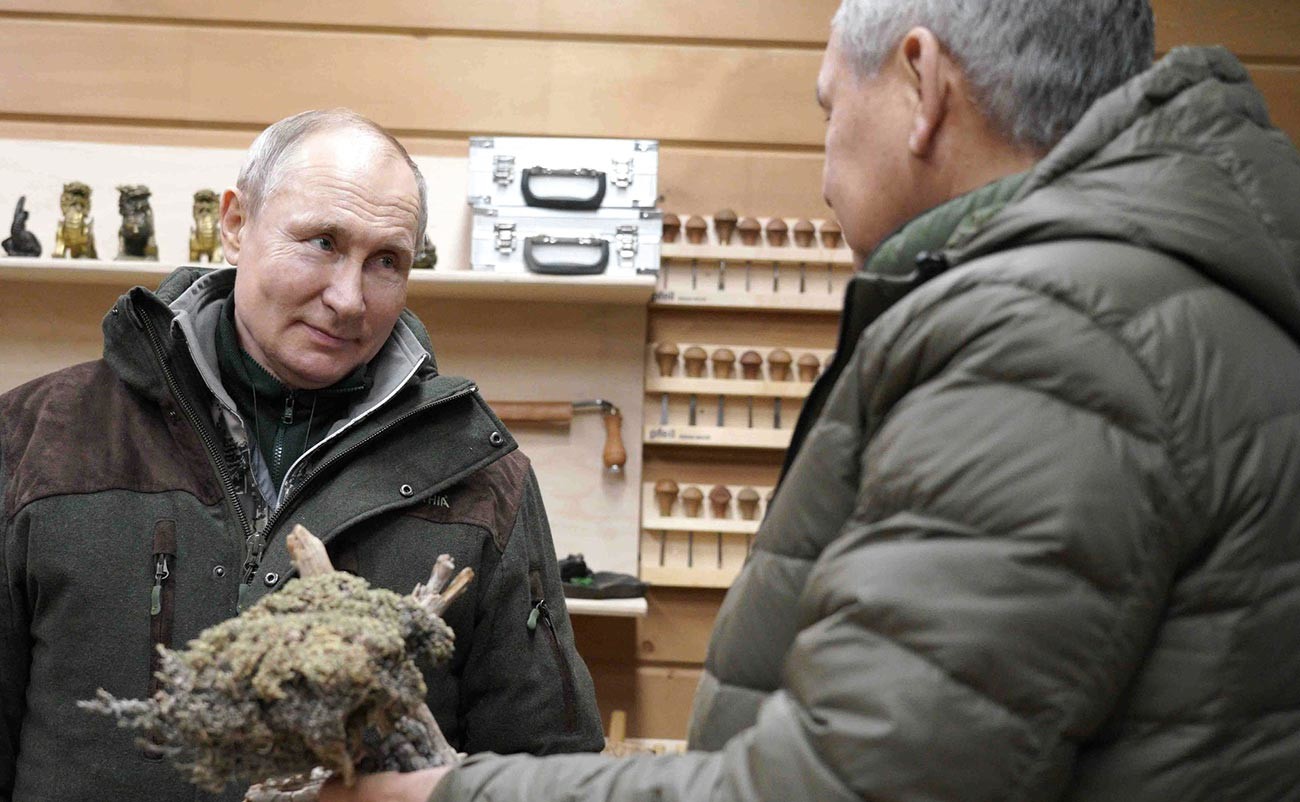 “You screw it in and get a small pine,” the defense minister explains. The president picks up another piece, resembling a deer antler, and examines it before putting it back. 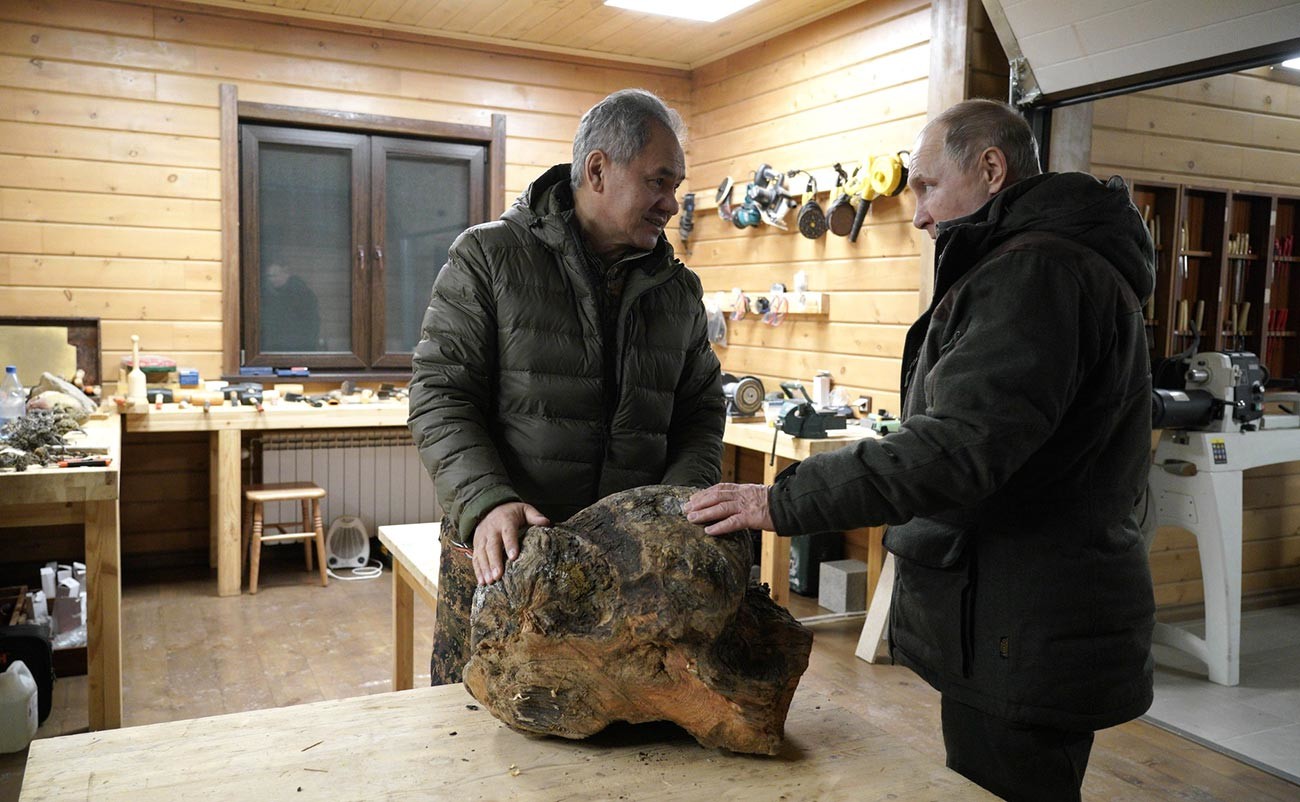 The pair were enjoying some days off during the March 20-21 weekend, which they spent in the Siberian taiga in Russia’s Tyva Republic. 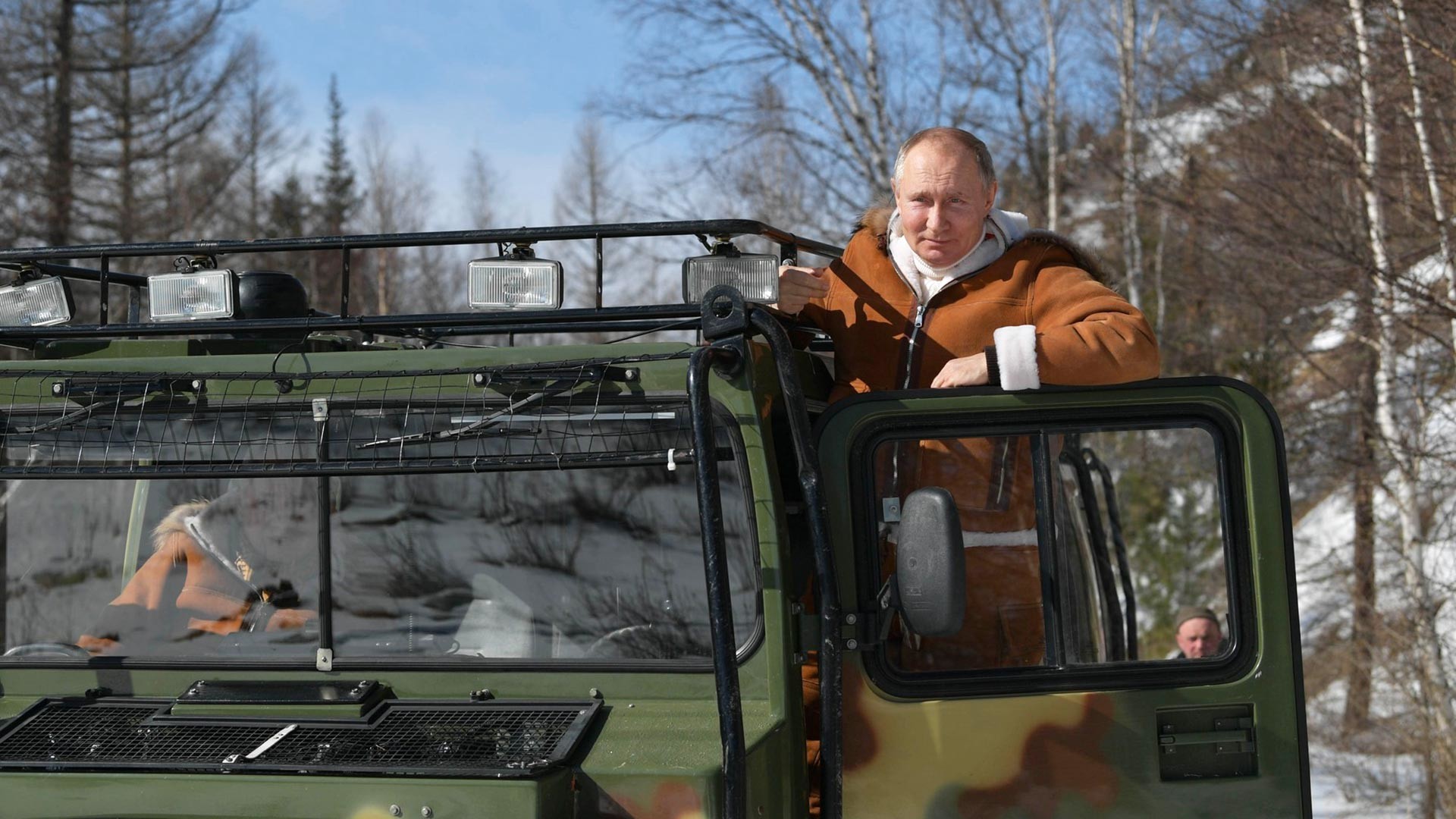 Shoygu showed the Russian leader his private wood shop, as the two hiked around and drove around in an ATV, with Putin in the driver’s seat. 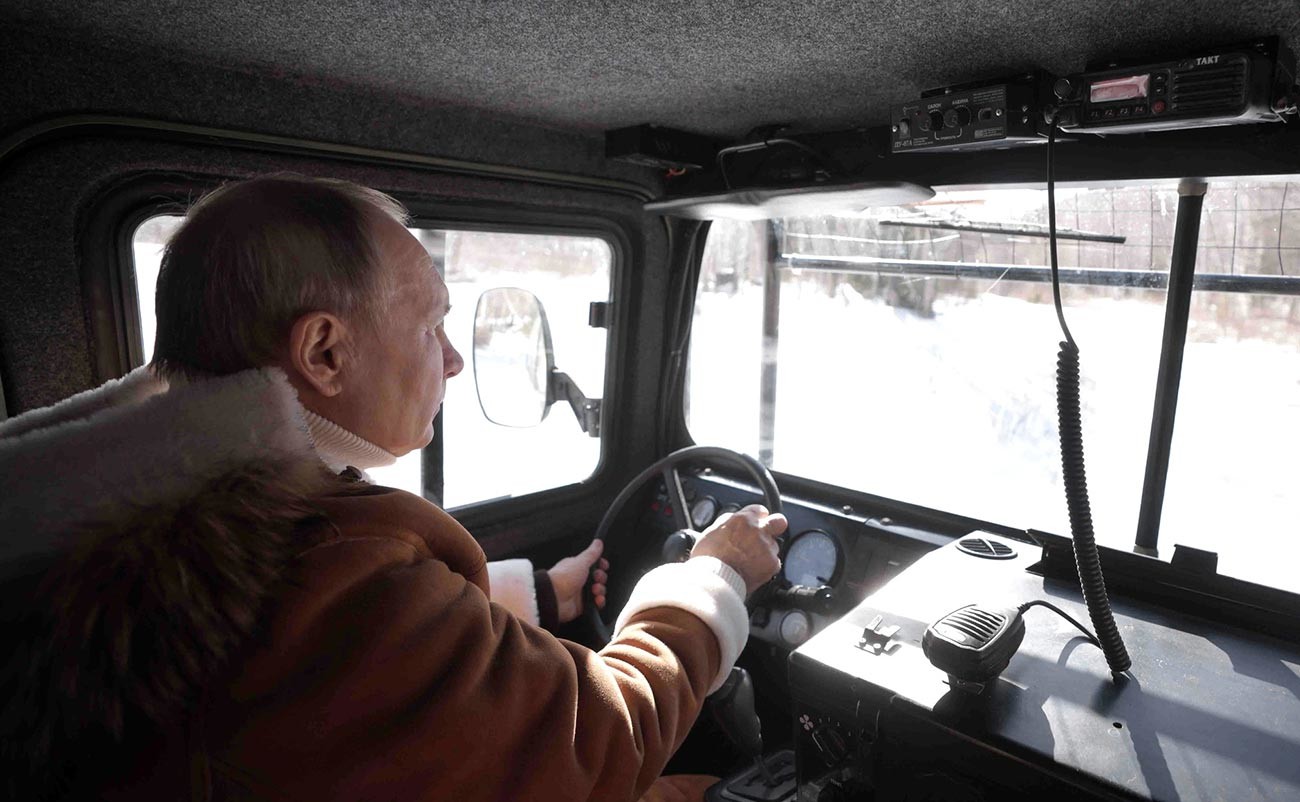 Putin and Shoygu also walked across an old suspension bridge hanging over a river, where the president tossed a coin into the water - a tradition many observe in hopes that they will once again visit the place. 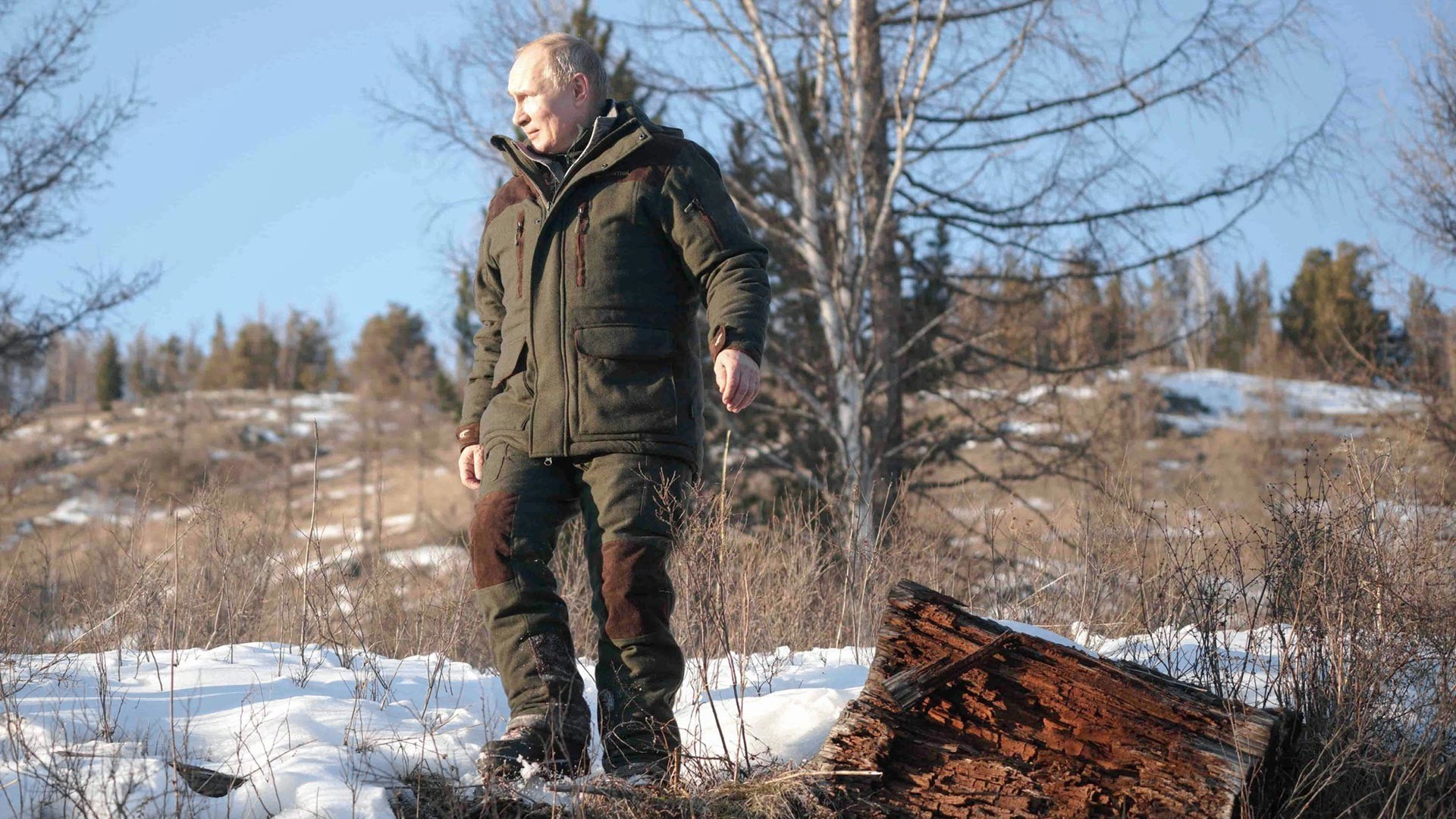 The pair also enjoyed some animal-watching.

“There’s a bull over there. The neck is black, it’s all gray… Further up appears to be a cow,” the defense minister pointed out to the president. 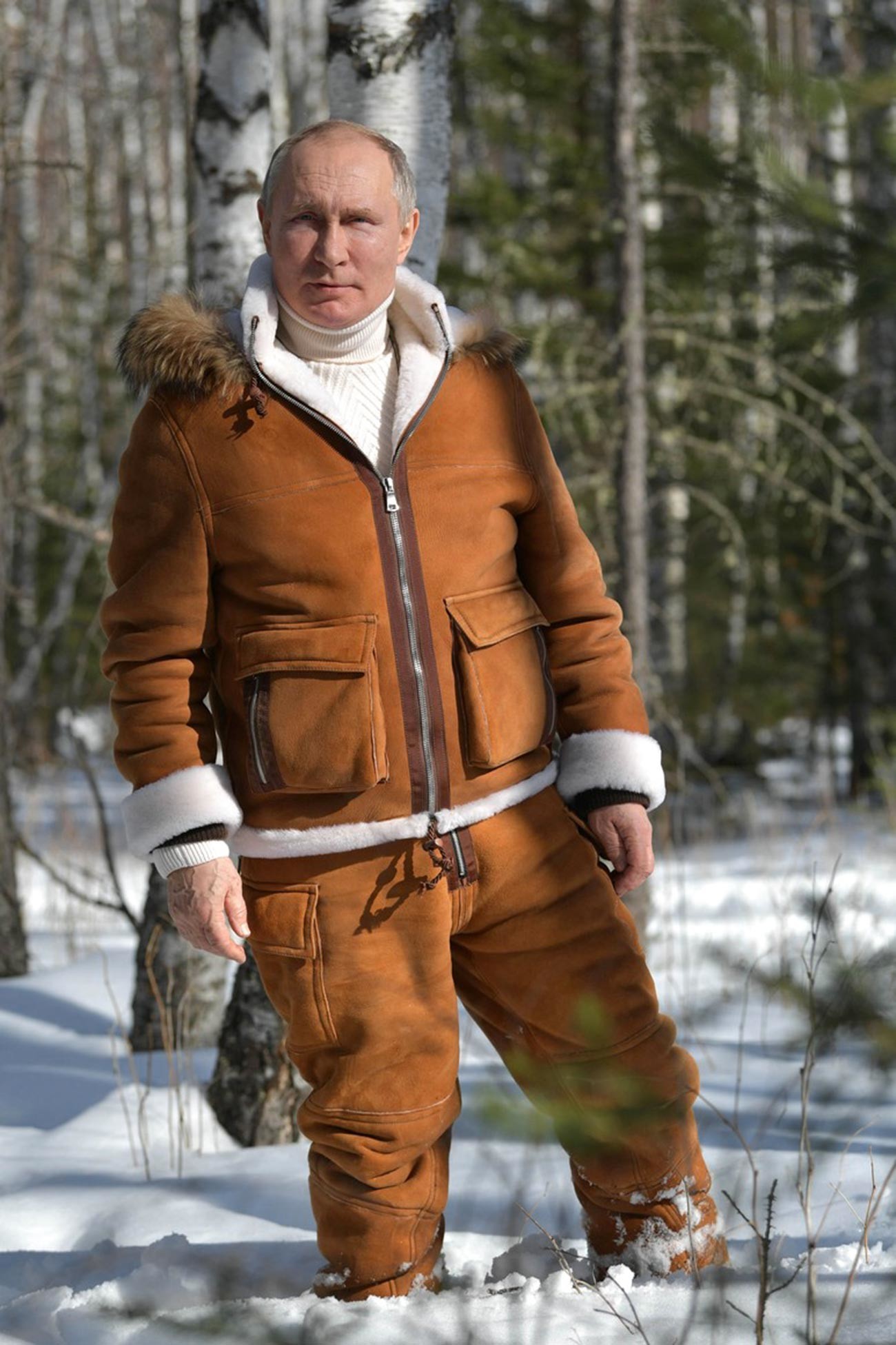 After the hike, Putin and Shoygu enjoyed tea in the woods, drinking out of fur-coated thermal cups, snacking on tomatoes, cucumbers, radishes, pork fat and sausages. 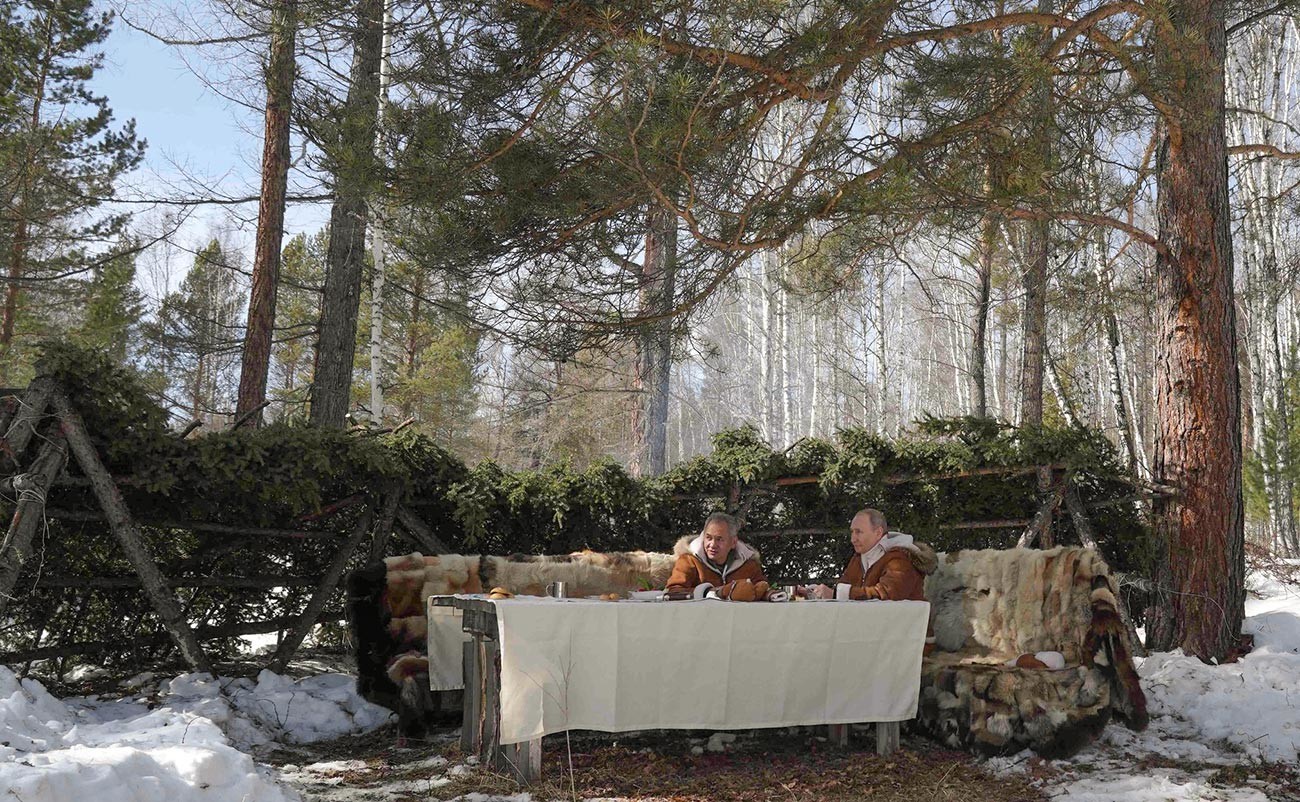 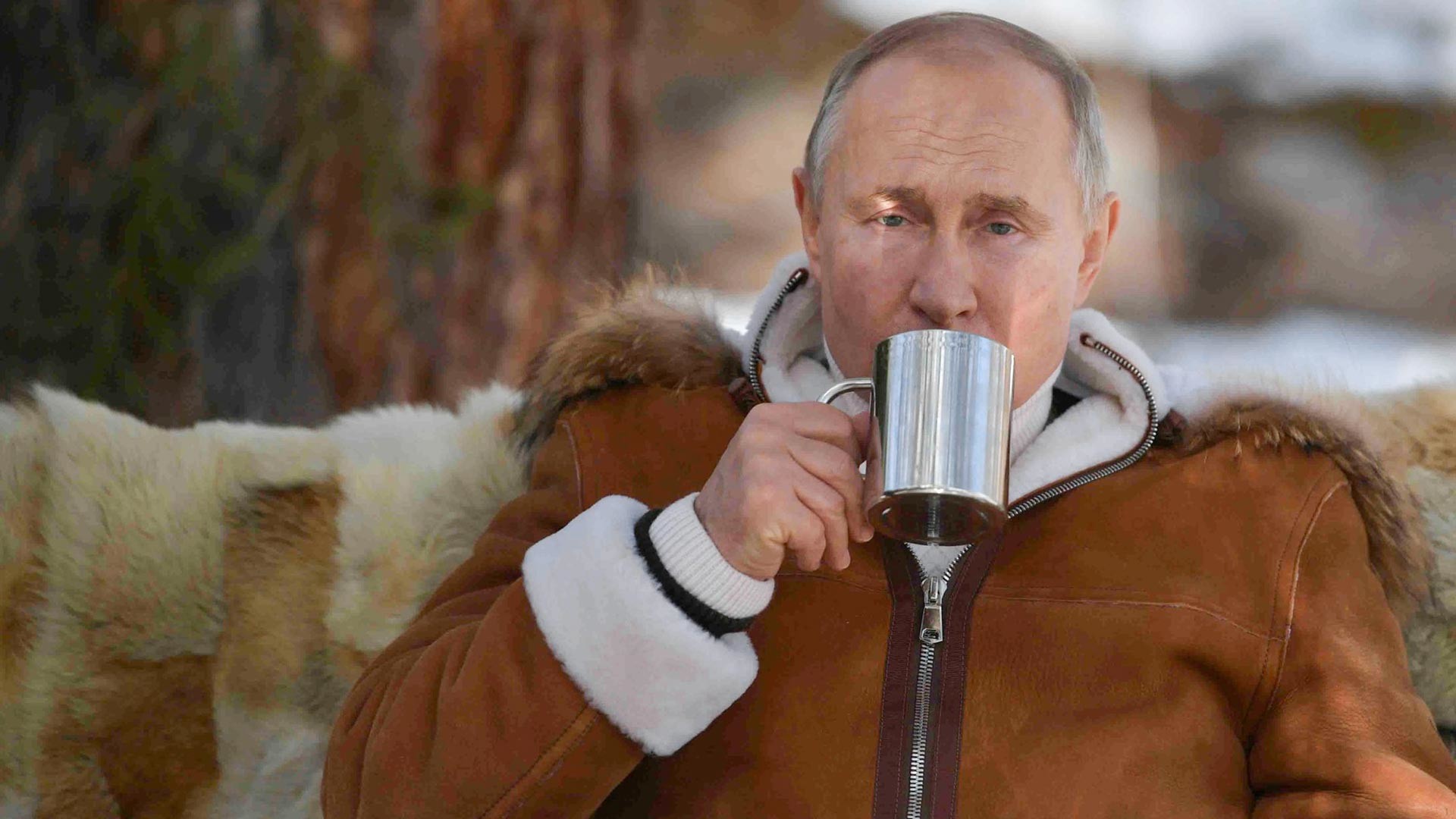 During the short vacation, Putin and Shoygu managed to wear several outfits suited for the occasion. Most of the photos show the Russian president wearing a sheep fur coat. The ‘Dozhd’ TV channel found similar outfits on the St. Petersburg-based 'Masterskaya Kozhi i Meha' website that are custom-made and costing, on average, 70,000 rubles (approx. $940). On March 22, Putin’s spokesperson Dmitry Peskov told a press conference that the outfits were all locally made in Siberia.

“You can’t exactly stroll around in pants, dress shoes and a city coat in Siberia,” Peskov explained. 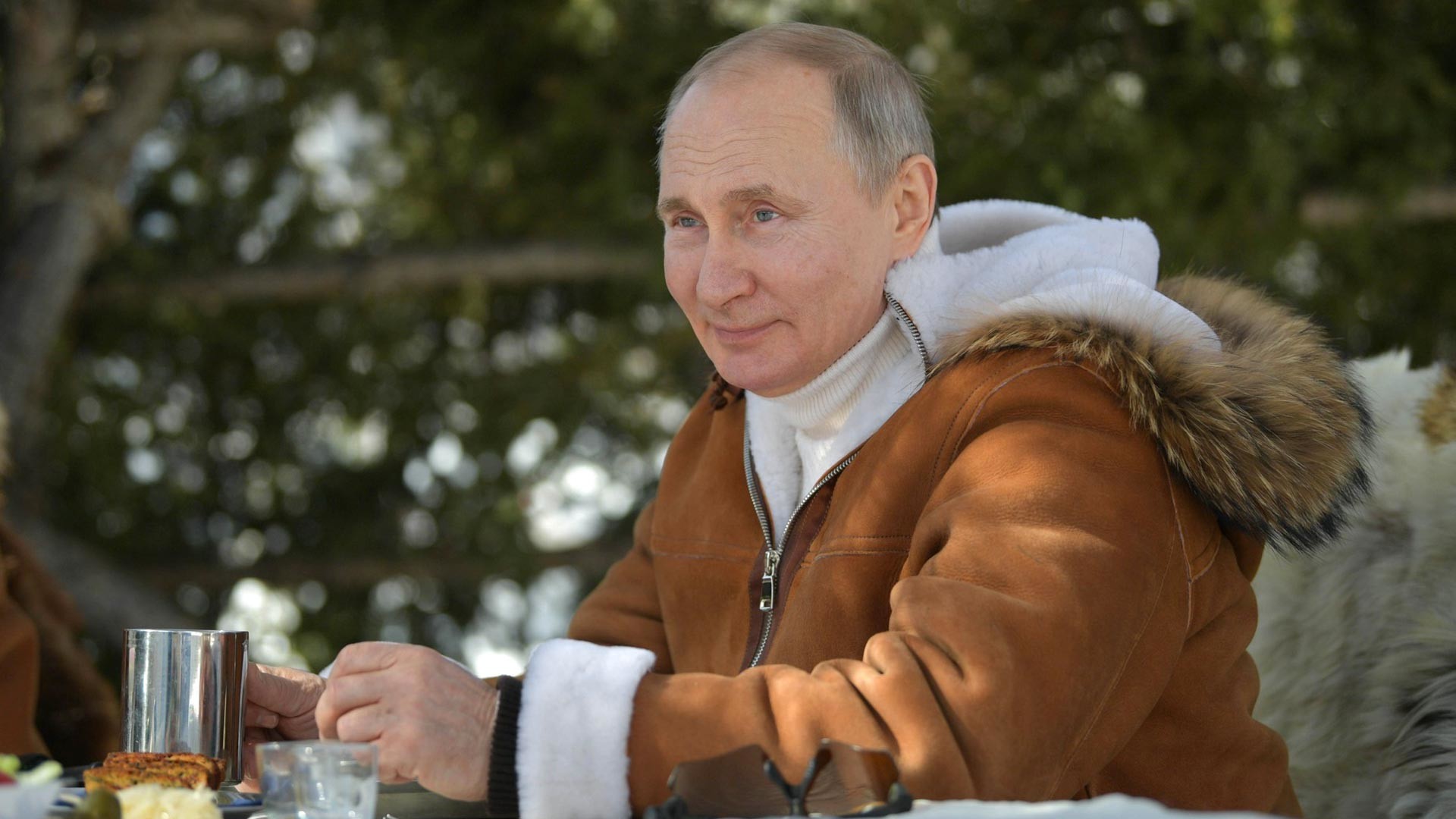 Journalists were also curious to know if Putin took his nuclear briefcase along with him, to which the press secretary responded: “Every necessary means of communication, including the strategic kind, are always with the president, whether in Russia or any other part of the world.” 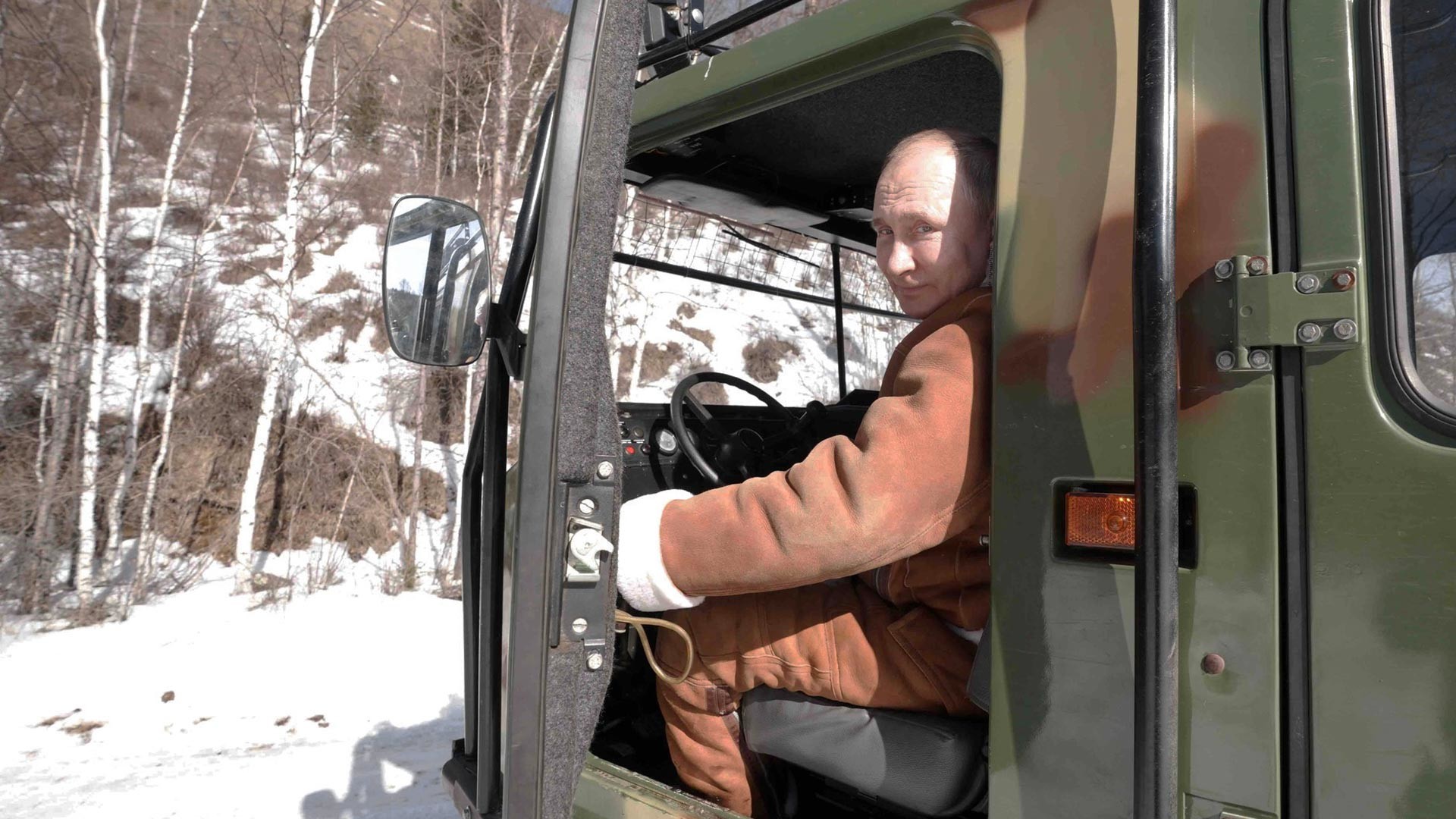 Vladimir Putin often spends his days off in Russia’s remote regions. Tyva can be considered among the president’s favorite spots. Some of you will remember the famous photo of him bare chested and on horseback, which was also taken there.

READ MORE: How and where Putin spends his vacation (PHOTOS)