How does Putin stay in such good shape? 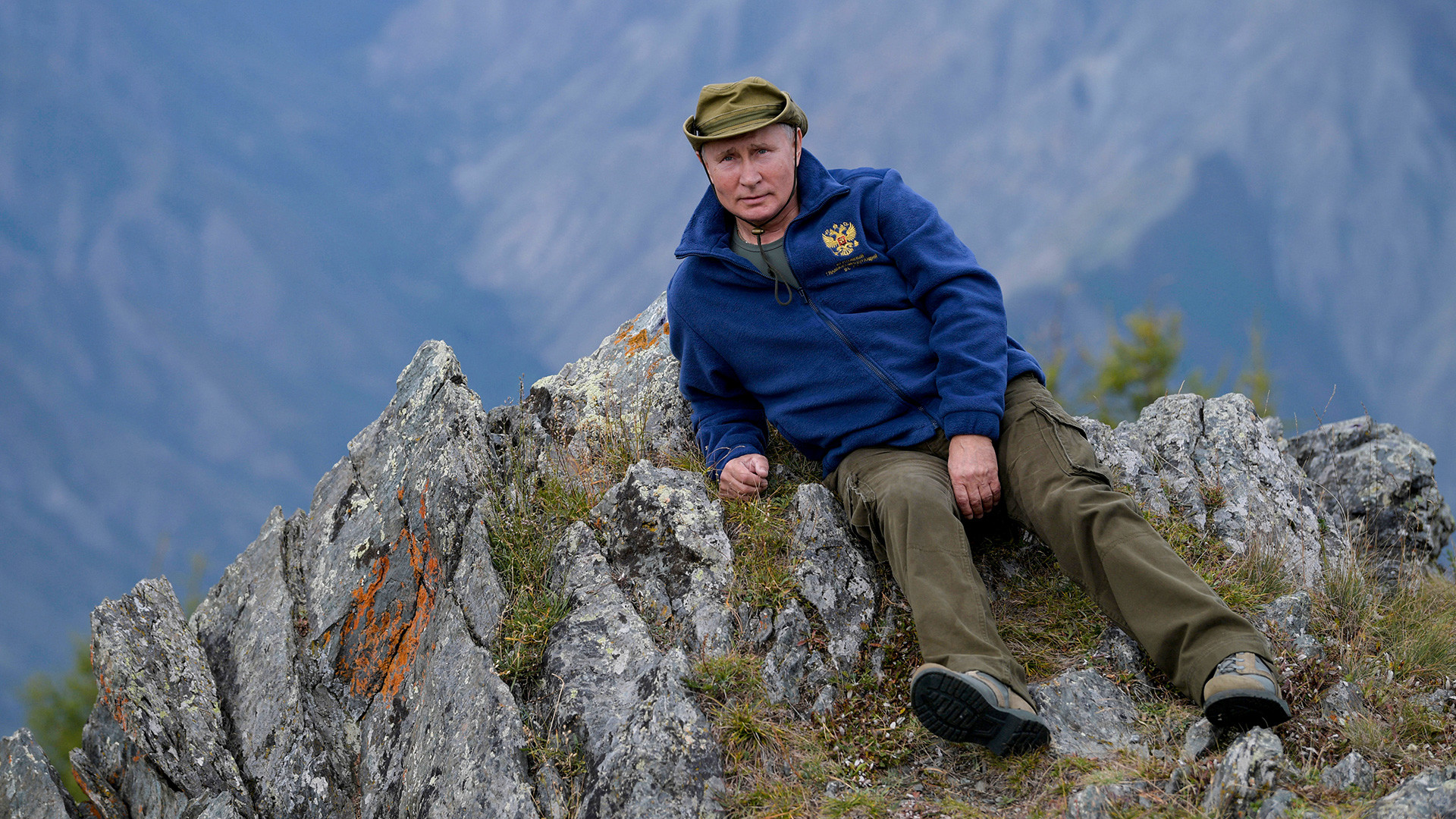 Russian President Vladimir Putin is seen during his holiday in the Siberian taiga, Russia October 7, 2019

Reuters
A strict diet, tea with honey and cold shower therapy are just some of the ways how the Russian president stays healthy.

Russian President Vladimir Putin is in his black-belted white judo uniform and jogs around the dojo, his knees reaching high into the air as dozens of young judokas look on. The footage then shows him throwing them over his shoulder, one by one onto the floor.

That was Feb. 14, 2019, during Putin’s most recent demonstration session at the Yug-Sport center in Sochi. The president has always loved sports, says his press secretary Dmitry Peskov, and spends an hour and a half in the gym nearly every day.

“He swims a kilometer each day, except sometimes when on an official trip. He’s also passionate about hockey and other sports, such as wrestling,” Peskov told Argumenty i Fakty newspaper in early 2019. 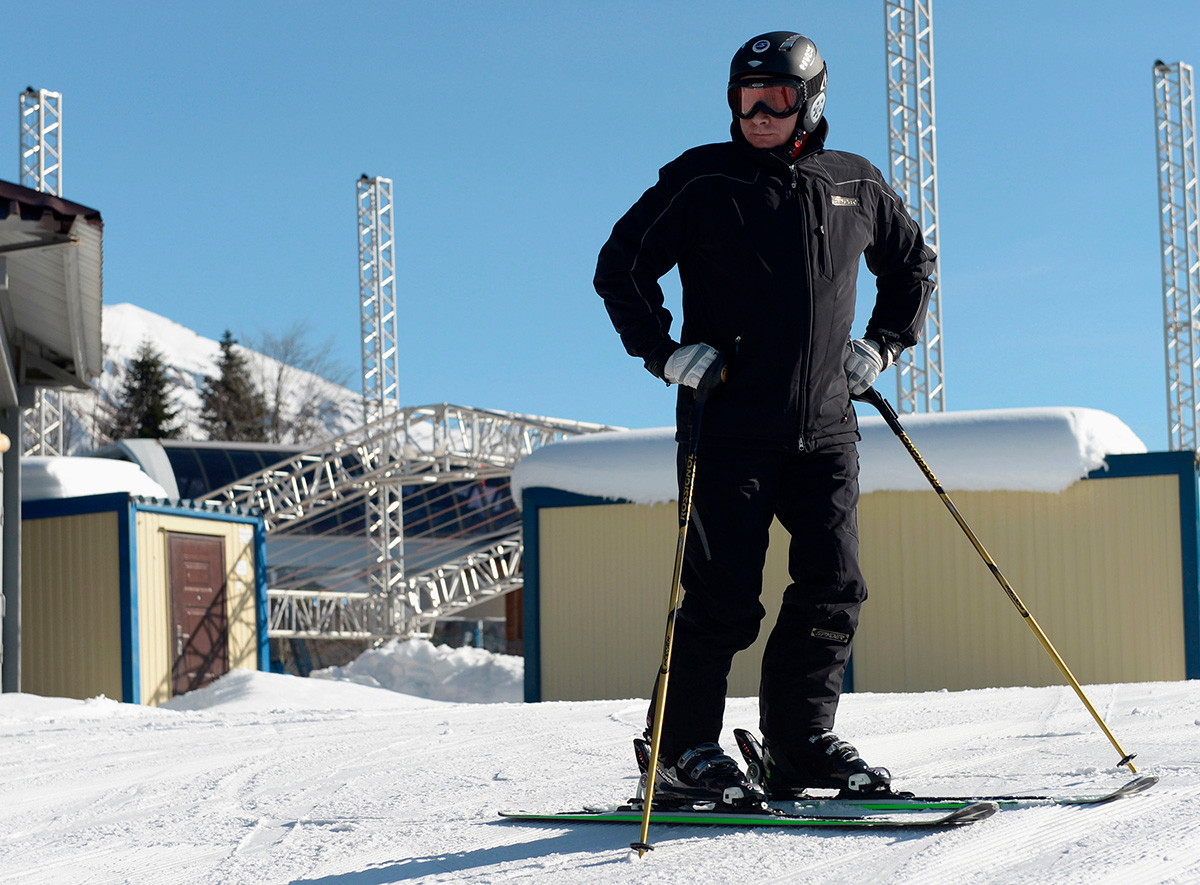 Exactly how the training takes place was shown in 2015 in Sochi when Putin, accompanied by former Prime Minister Dmitry Medvedev, both dressed in sweatpants and T-shirts, tried out various muscle-building machines in the gym, followed by a delicious barbecue.

In addition, the president enjoys equestrian sports, skiing and river rafting, according to the Kremlin website.

In February 2020, before the coronavirus outbreak in Russia, Putin himself stated that the key to keeping fit is movement. 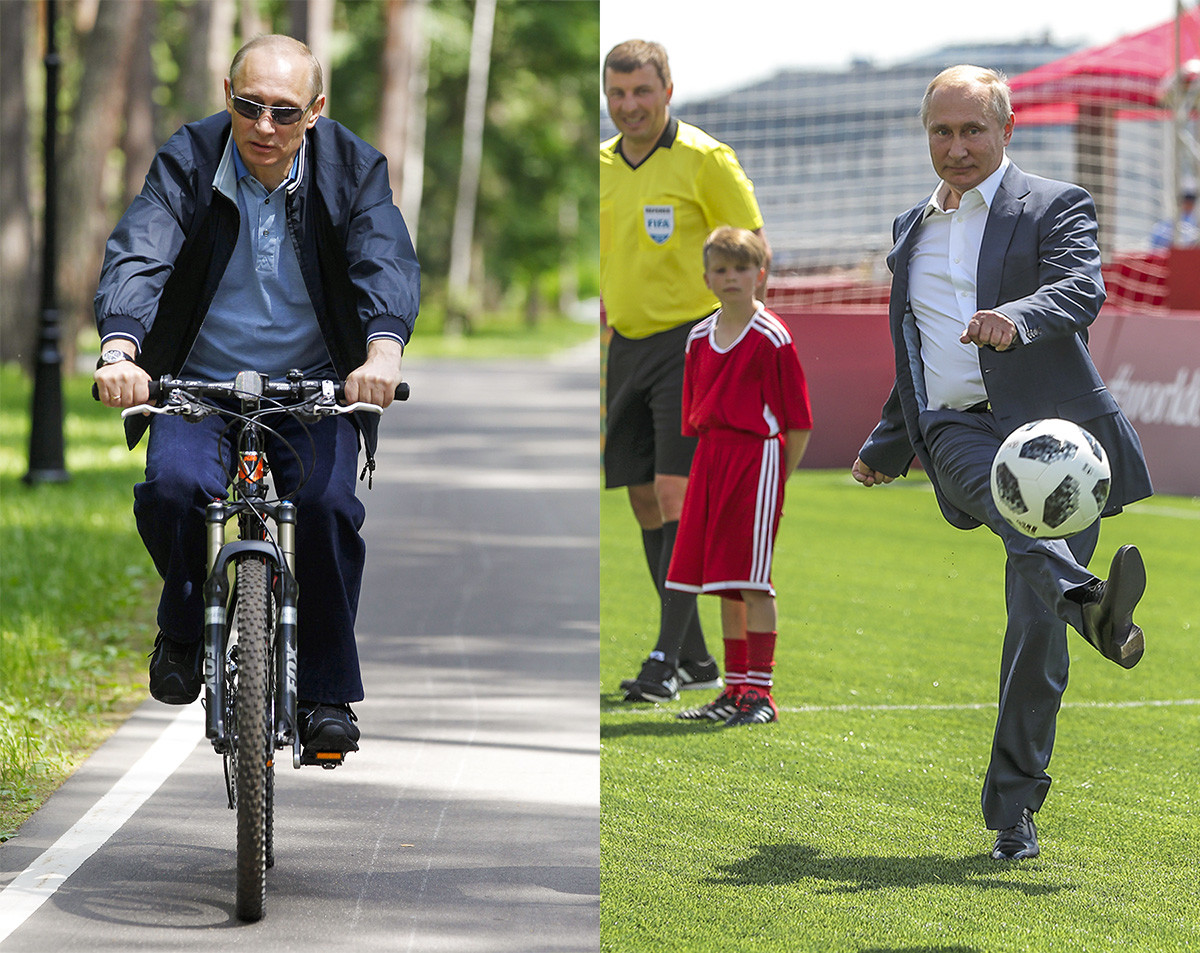 “I believe that you need to eat less and move more, but everything is fine in moderation, and restrictions should also be in moderation,” said the president.

Another part of the president’s daily “beauty rituals” is contrast bath therapy, which Putin spoke about in late March 2021.

“I do this every day [taking contrast baths — ed.]. If there are no baths nearby, I take a cold/hot shower. By the way, I recommend it. It’s a very simple, but effective procedure, in my opinion. Good for the immune system,” Putin told Rossiya 1 TV station. 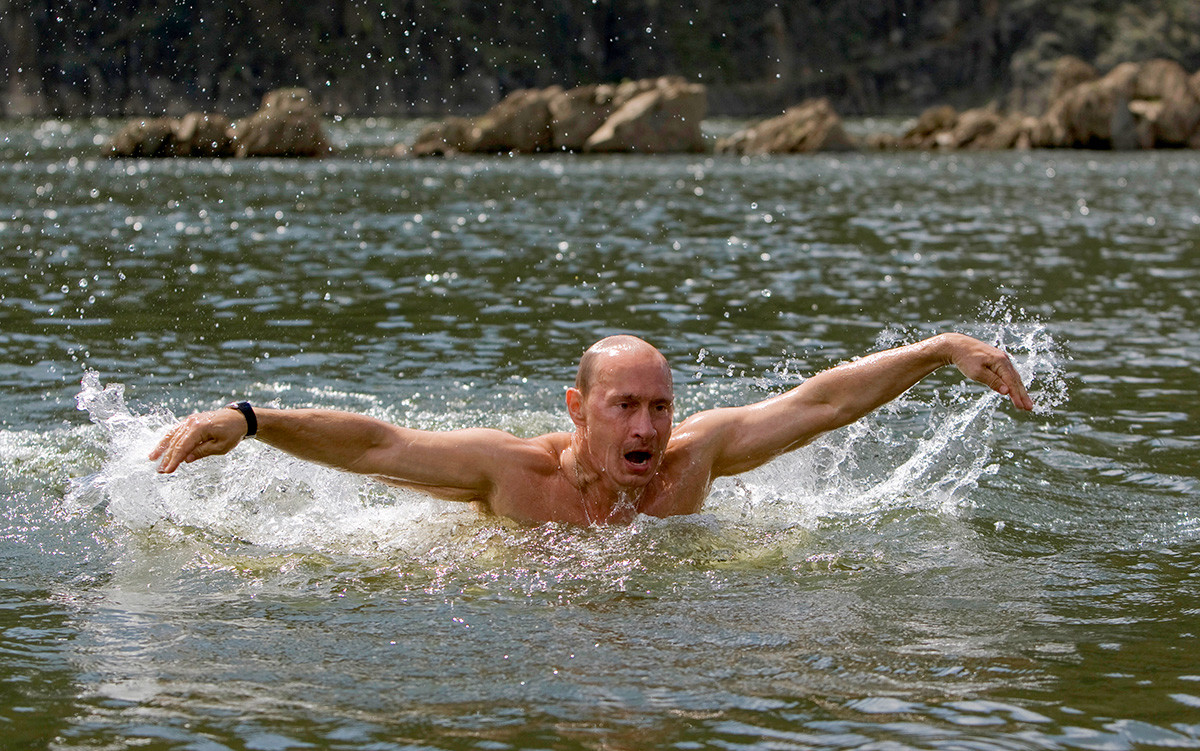 He stressed that there’s nothing complicated about it: “On and off, hot and cold water.”

Back in 2013, in another insight, Surgeon General and Honored Doctor of the Russian Federation, Sergei Mironov, said that when it came to treating colds the president preferred folk remedies. 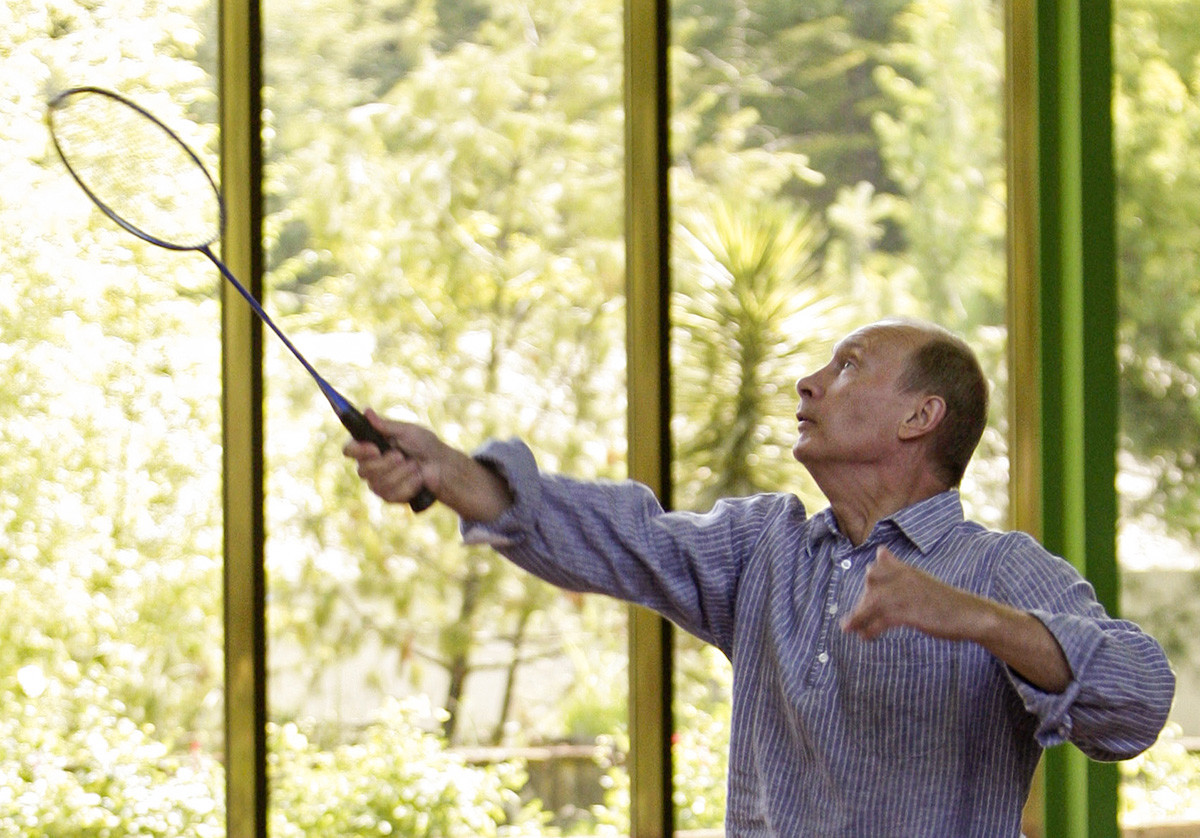 Russia's Prime Minister Vladimir Putin plays badminton with President Dmitry Medvedev during their meeting in the official vacation residence of Bocharov Ruchei in the Black Sea resort of Sochi, August 14, 2009

"Vladimir Vladimirovich [Putin] is rather skeptical about taking medicine, even if it’s just pills for a cold. He prefers folk remedies, tea with honey, bath, and massage," Mironov explained.

At 20 minutes past midnight, Putin, together with a correspondent from the Russian TV station NTV, is enjoying a bowl of porridge and cottage cheese; also on the table is a glass of raw quail eggs. In Putin’s own words, every morning he takes a shower, does some work, signs urgent documents, then heads to the gym and the kitchen. 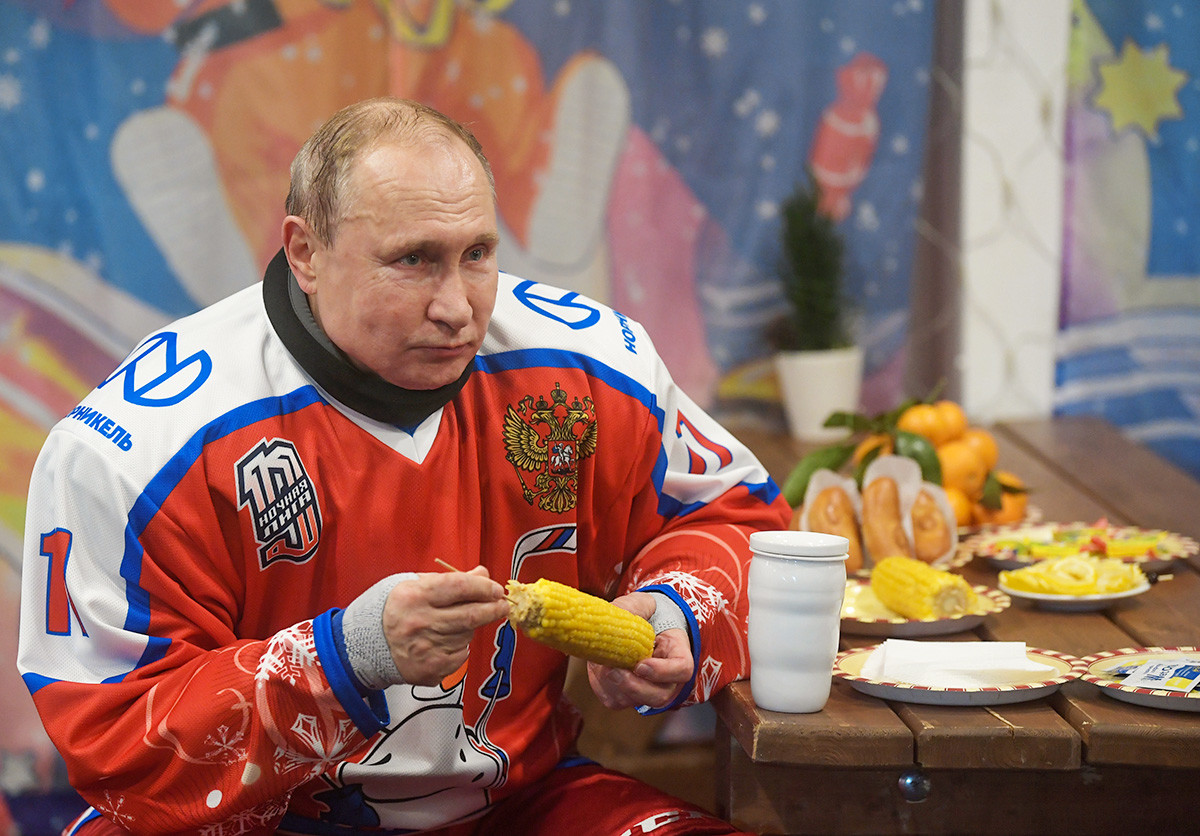 December 25, 2019. Russian President Vladimir Putin during a break in the New Year's Eve friendly match of the Night Hockey League at the skating rink on Red Square

In 2012, for example, the president showed the entire country what he ate for breakfast, opening up his refrigerator in front of journalists. Inside we saw milk, kefir, a carton of juice and ketchup. 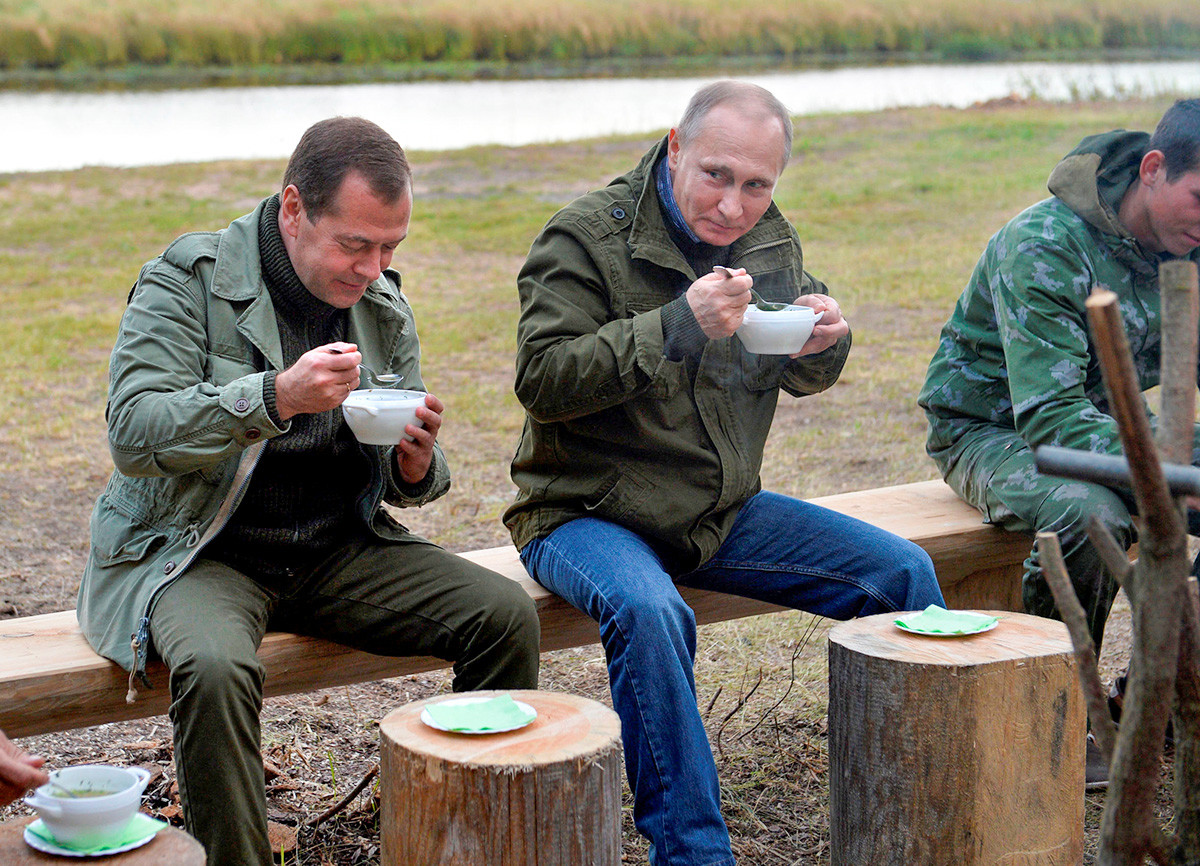 Putin describes himself as unpretentious food-wise and indifferent to sweet dishes, except for ice cream. Only on trips does he treat himself by way of the local cuisine.

“I don't have any special preferences. I love vegetables: tomatoes, cucumbers, and lettuce. In the morning: porridge, cottage cheese, and honey. If there’s a choice between meat and fish, I prefer fish. If meat, I like lamb. Green tea has been a staple for a long time,” Putin was quoted in 2019 on the website of Tsargrad TV channel. 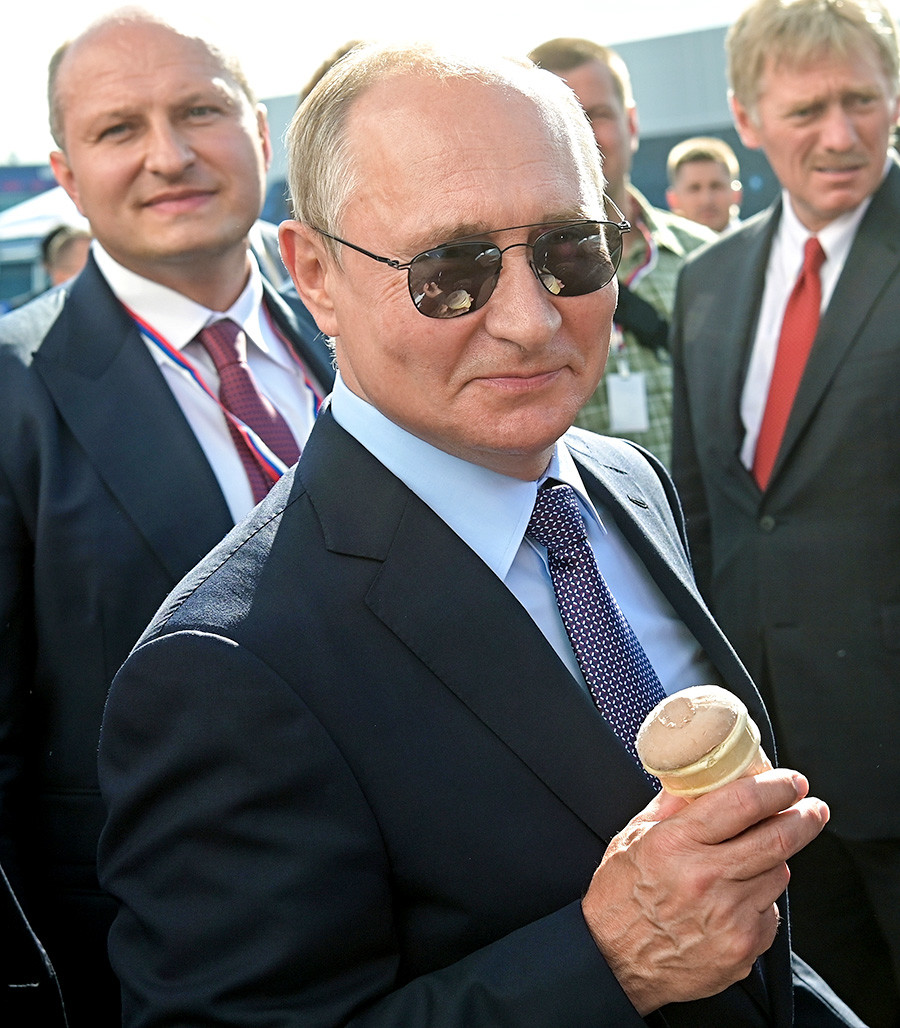 That said, of course, everything that lands on Putin’s table is thoroughly tested beforehand in the lab, and the dishes are prepared either in the special kitchen of the Federal Protective Service or in the presence of a sanitary inspector, revealed Igor Bukharov, former general director of the Kremlevsky food plant and president of the Federation of Restaurateurs and Hoteliers of Russia, in an interview with RIA Novosti in May 2020.

“The products come with compliance certificates, but all the same the batch is sent to the Federal Protective Service’s lab for testing. Sometimes things get rejected, and something has to be changed on the fly,” Bukharov said.

Back in 2016, reporters noticed a strange contraption in a press photograph of a meeting between Putin and Russian Defense Minister Sergei Shoigu — a Russian-made Dezar-7 air irradiator. Built into the device are ultraviolet lamps designed to kill bacteria, viruses, fungi and other microorganisms in the president’s office in the Kremlin. After the picture was published, sales of the Dezar-7 shot up, and in 2020 the same devices were purchased by Moscow schools to protect against Covid-19. 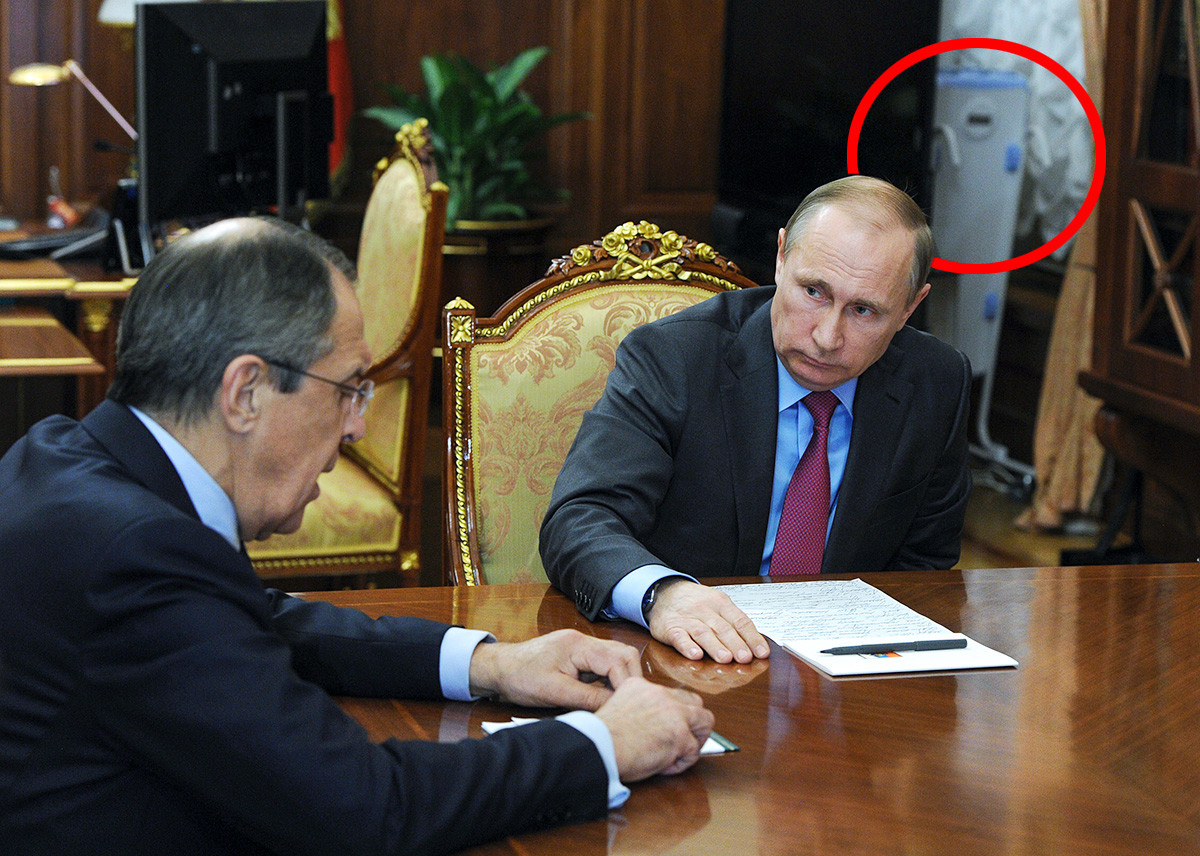 Clean air was also a concern for Putin when the coronavirus hit in 2020. In June, a special “disinfection tunnel” appeared at the presidential residence in Novo-Ogaryovo.

The idea is for all employees at the residence to walk through the tunnel — amidst a cloud of sprayed disinfectant solution — on their way to work. Olga Izranova, head of Motor Technologies, the Penza-based firm that developed it, advises closing your eyes and not breathing when in the tunnel. 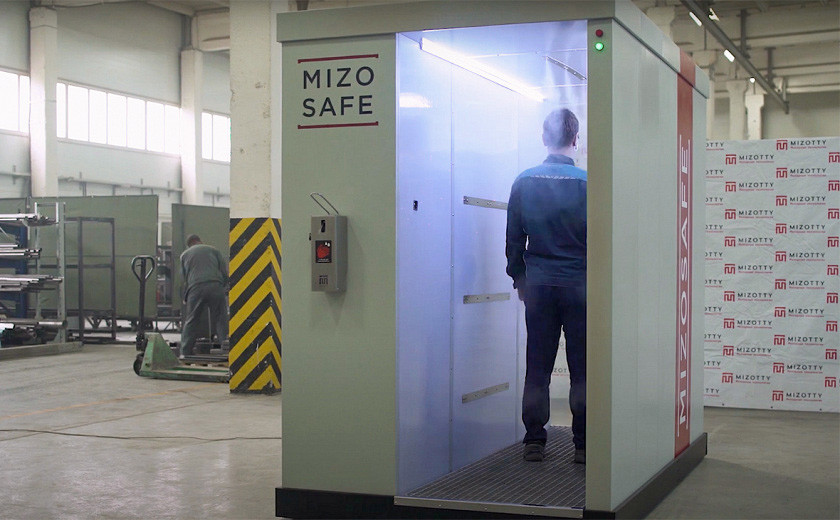 “But if you do breathe in or open your eyes, the mucous membranes will not be irritated and there are no health risks, let alone damage to clothes or glasses. It’s not moisture, but essentially a mist,” Izranova said.

To support and strengthen his immune system, Putin is given a whole range of vaccinations throughout the year, including against influenza and pneumococcus, said Dmitry Peskov in February 2021.

“The president, knock on wood, is very healthy. The vaccinations are simply to maintain his excellent health,” explained Peskov. 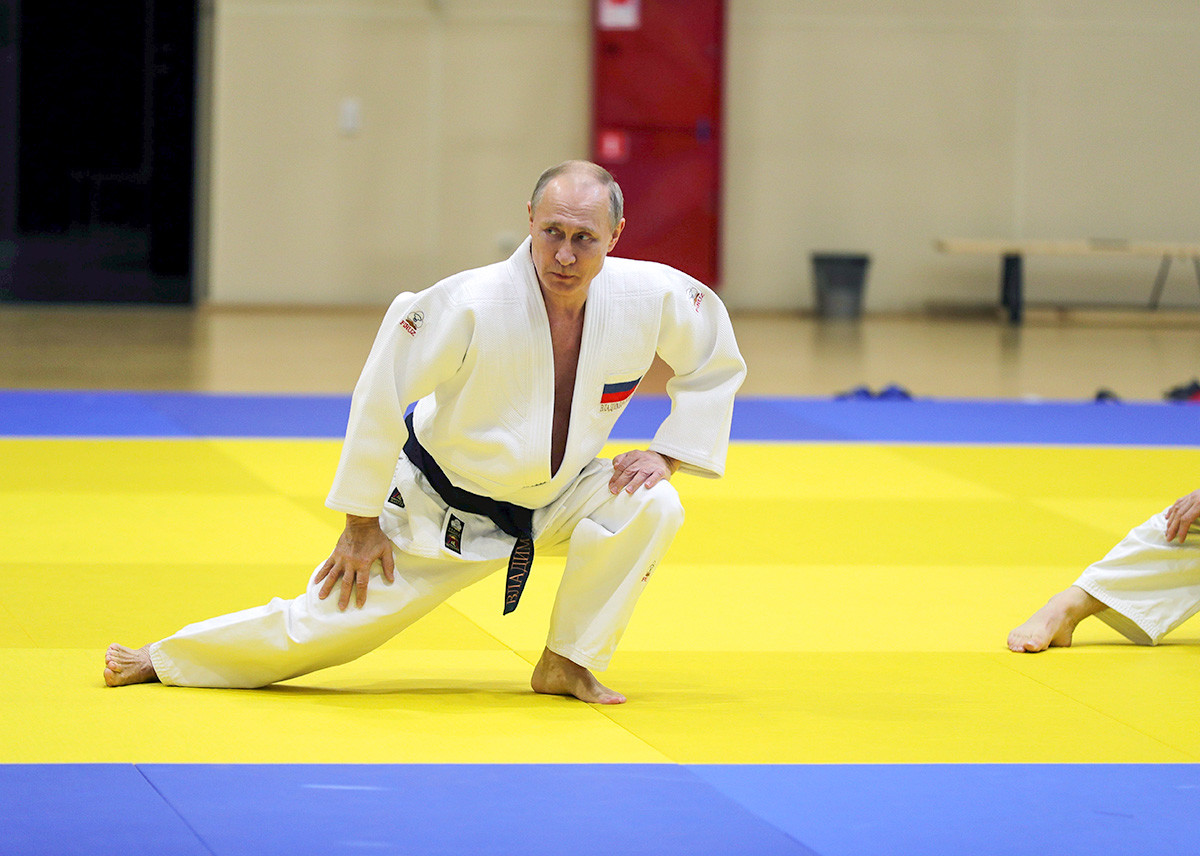 As for Covid-19, the president received his vaccination on March 23, 2021. He felt a slight discomfort afterwards, but his condition soon returned to normal.

“It was fine for the first five hours, then I raised my arm — [the injection] was done in my left arm. It wasn’t painful, no, just uncomfortable <...> Just in case, I put a thermometer on the bedside table before going to bed. When I woke up the following morning, it was still aching a little. I took my temperature — perfectly normal. In any case, I didn’t deny myself the pleasure of taking contrast baths,” the president said on an upbeat note.