10 different street types in Russia (and the words for them) 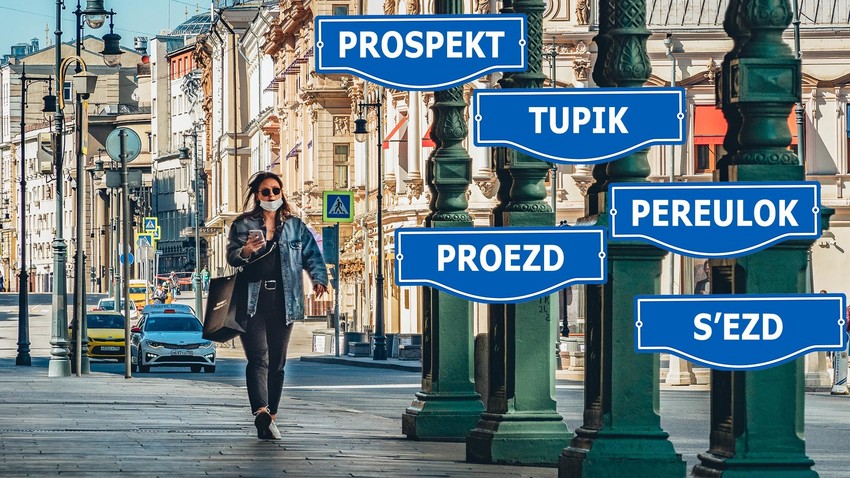 Russia beyond; Konstantin Kokoshkin/Global Look Press
Russians love roads and streets, and have a whole plethora of names for the different types. Let’s look into what they mean and how to tell them apart.

The total length of Russian streets adds up to a staggering 395,000 kilometers, a survey by Russian search engine Yandex reveals. If a pedestrian were to move at the speed of five km per hour and never stop, they would need more than nine years to traverse all of them. In fact, if you laid the length of Russian streets in a straight line pointing into the sky, you would be able to reach the Moon (which is closer, at 384,400 km from Earth).

‘Ulitsa’ is not the only word in Russia you can use to denote a street. Akin to the Inuit, which have many different names for different types of snow, Russians have a dozen names to describe the types of streets. Although the majority are likely found in English and other languages, there are a couple that appear to be uniquely Russian. 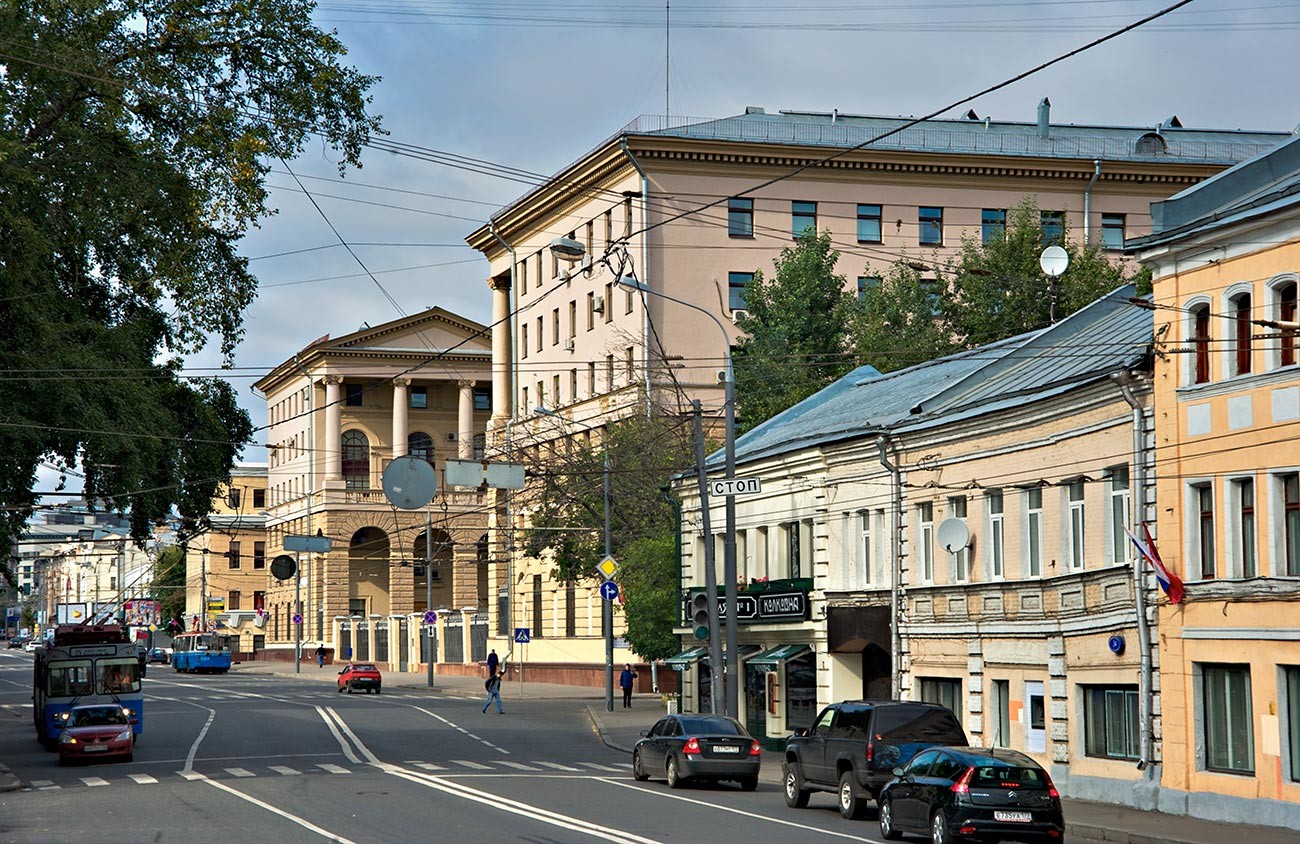 ‘Ulitsa’ is the most common word for a street. It is a paved road inside any Russian locality, where houses on one side of the road are numbered in even numbers, and odd on the other. Neighboring houses usually have neighboring numbers so it’s easy for mailmen to find them.

Lubyanka, Varvarka, Petrovka – the first Moscow streets that had names seem to have appeared circa 14-15th centuries, when Moscow was slowly becoming the capital of the North-Eastern Russian lands. These street names were constructed using a proper noun (like Saint Peter or Saint Varvara (Barbara) merged with the suffix “-ka”, preceded by an “ulitsa”: Ulitsa Petrovka, Ulitsa Maroseyka etc. 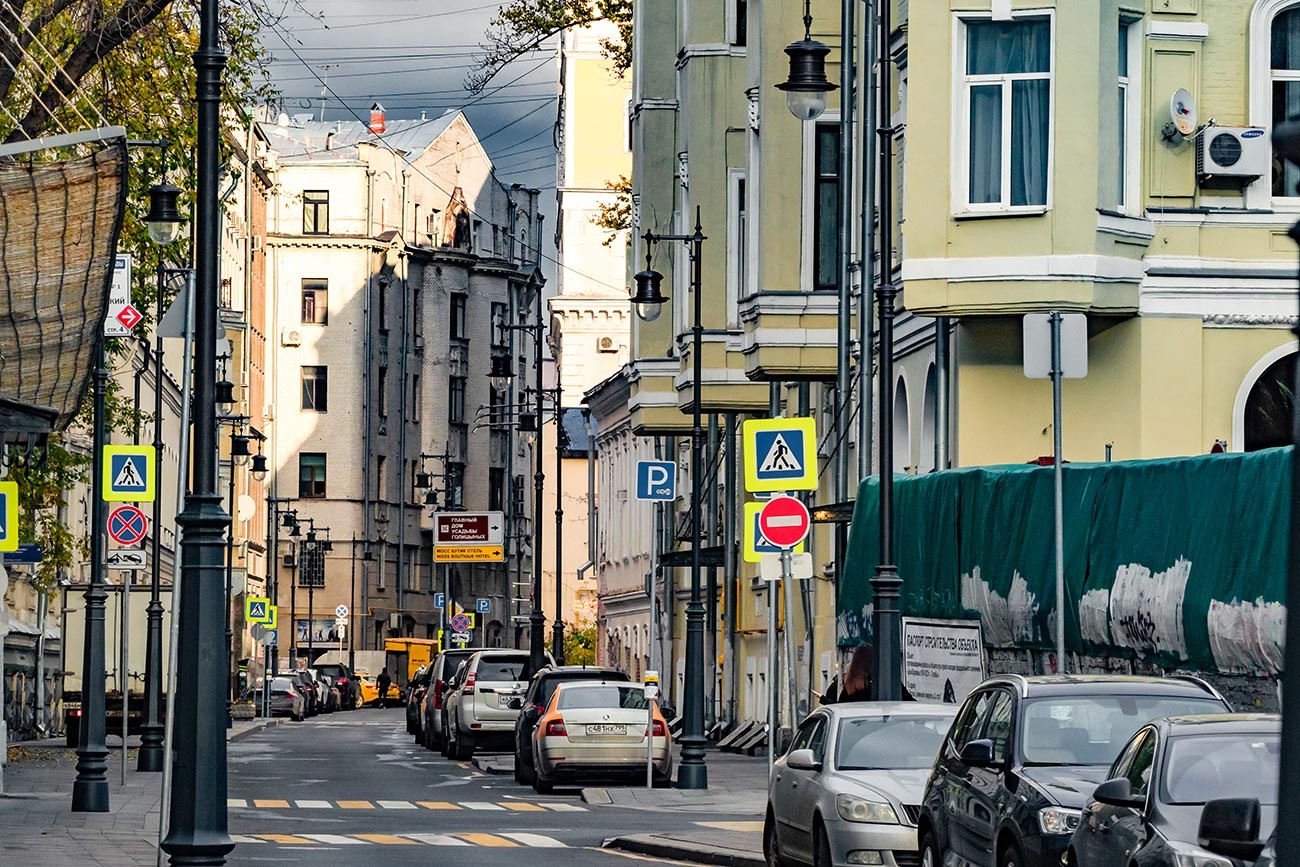 ‘Pereulok’ means ‘that which crosses the streets,’ so lanes in Russia are mostly smaller streets that connect the bigger ones. In Moscow, until the middle of the 20th century, pereulok was the most common address object. At the beginning of the 19th century, the city had 142 streets and 518 lanes, and at the beginning of the 20th — 404 streets and 936 lans and ways. Currently, pereulok is an obsolete word in toponymy. Newer smaller streets are being named ‘proezd.’ 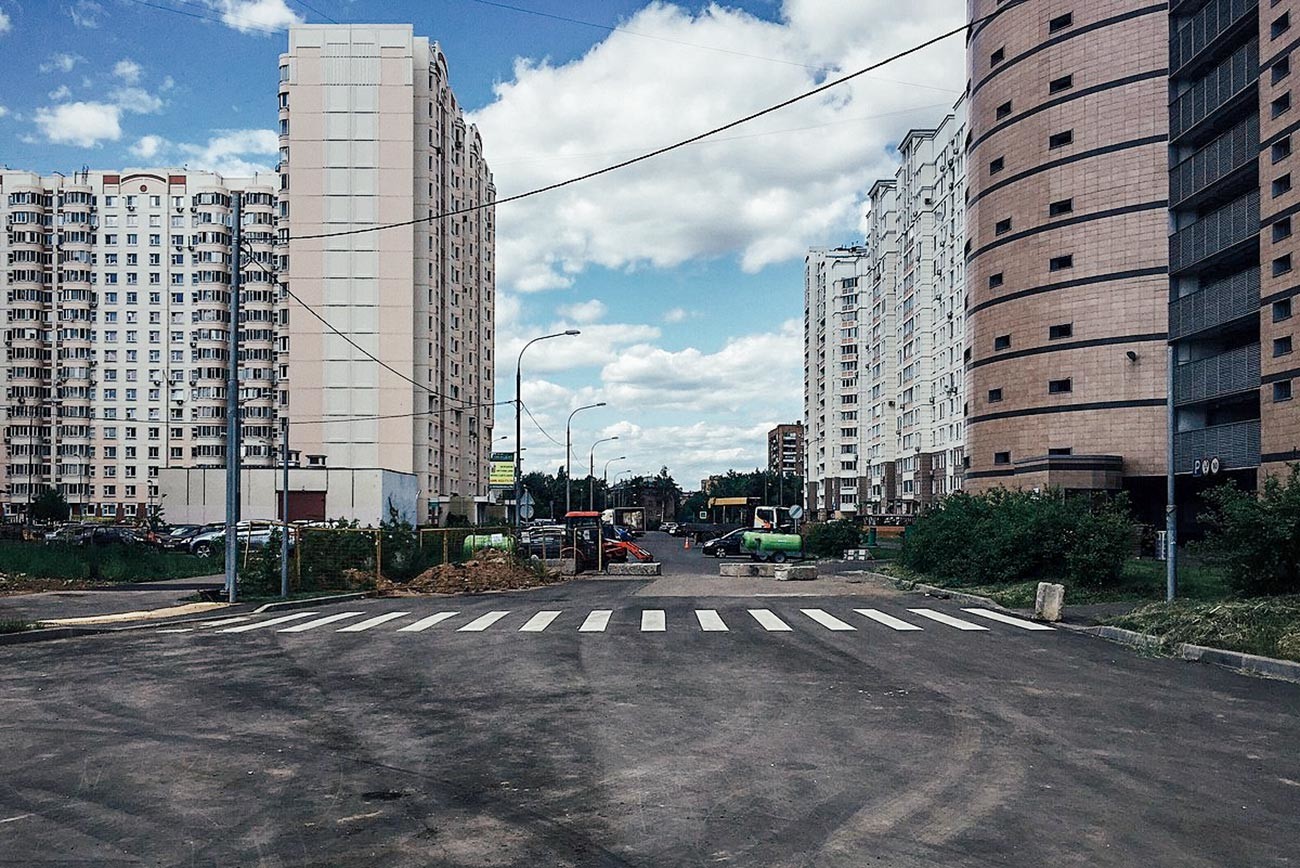 Literally “driveway” (or “way”, as in the UK), ‘proezd’ is how new streets connecting two streets are now called in Russia. Some proezds in newly constructed suburbs appear in fact earlier than they are officially named by the authorities, so they are temporarily named ‘Proektiruemyi proezd’ (“a proezd in design”), plus a number. At every point in time, there are dozens of such proezds in Moscow, which is the fastest-growing city in Russia. Later they become parts of the streets or get their own proper names. 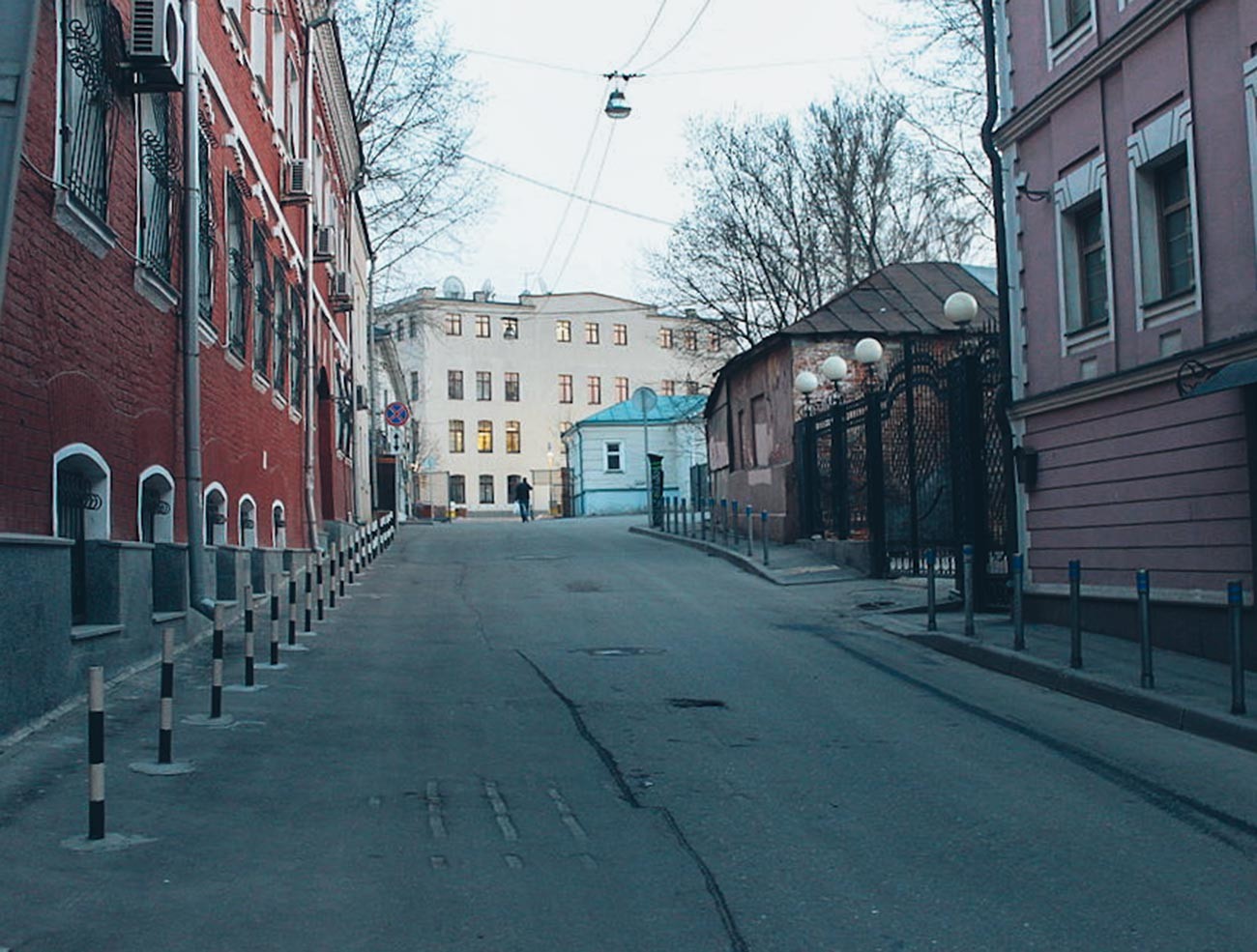 ‘Tupik’ means “dead end,” but as a street name, it’s a nominal noun. Some tupiks have stopped being dead ends along with the reconstruction of the city: for example, Shvedsky Tupik in Moscow became a street connecting two other streets in 1973, with the demolition of the old houses, but kept its former name. That being said, tupiks are also encountered in the English language as ‘closes’ or ‘cul-de-sacs’. 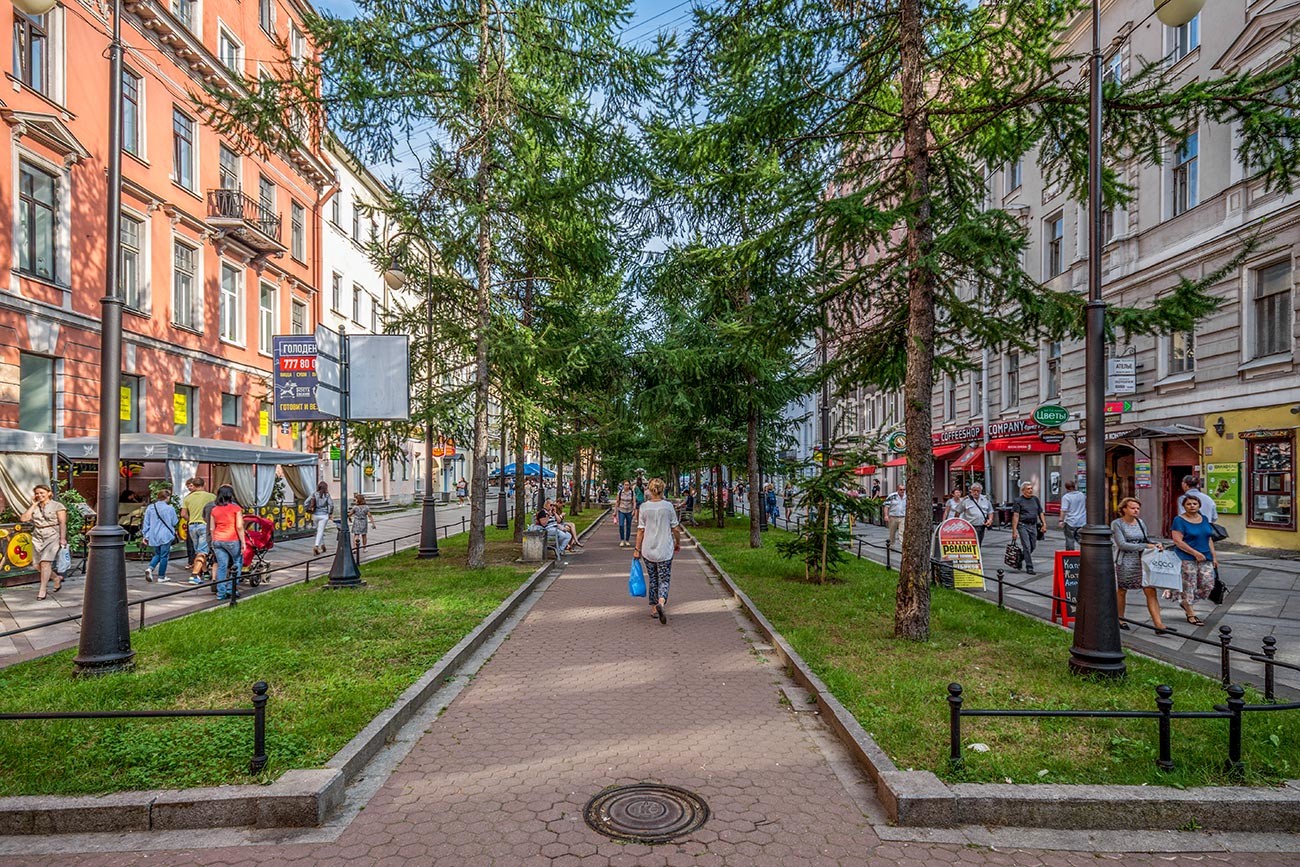 A ‘liniya’ (line) is a straight street, usually pre-projected as such. There are a lot of liniyas in St. Petersburg, on Vasilyevsky Island – they were meant to be canals across the island, but the project was not implemented due to the fact that the water level would be too close for comfort, with constant flooding. 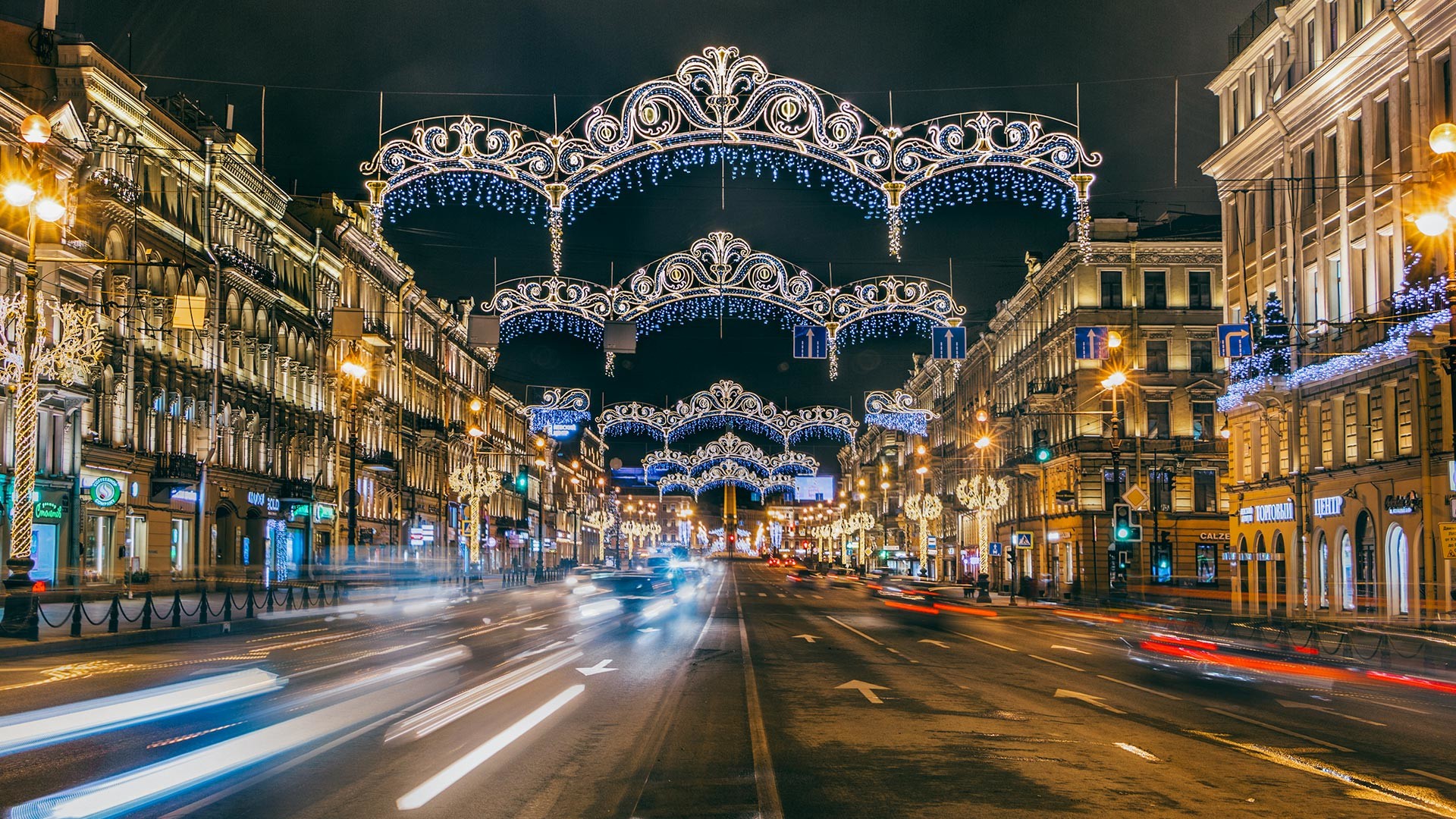 ‘Prospekt’ is a word that appeared in Russian toponymy with the construction of St. Petersburg. Its main street first carried the name “The prospective road to the Nevsky Monastery,” but by 1781 was shortened to ‘Nevsky Prospekt.’ Currently, prospekts are large streets in city centers that connect its different parts, e.g. going to the bridge over a large river, or from a suburb to the city center. 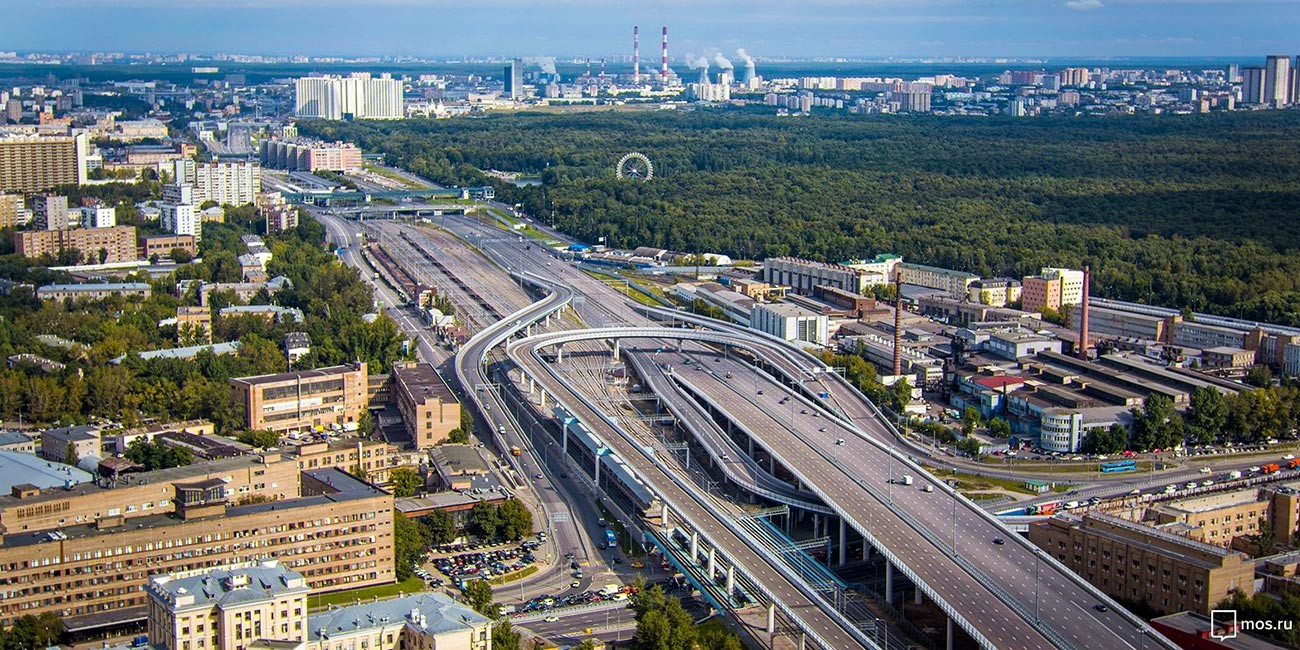 Derived from the French ‘chaussée’ (“a rock-surfaced road”), in Russian localities, a shosse is just a freeway or a highway - a big street beginning inside a locality, but leading out of it and continuing past the locality’s borders. 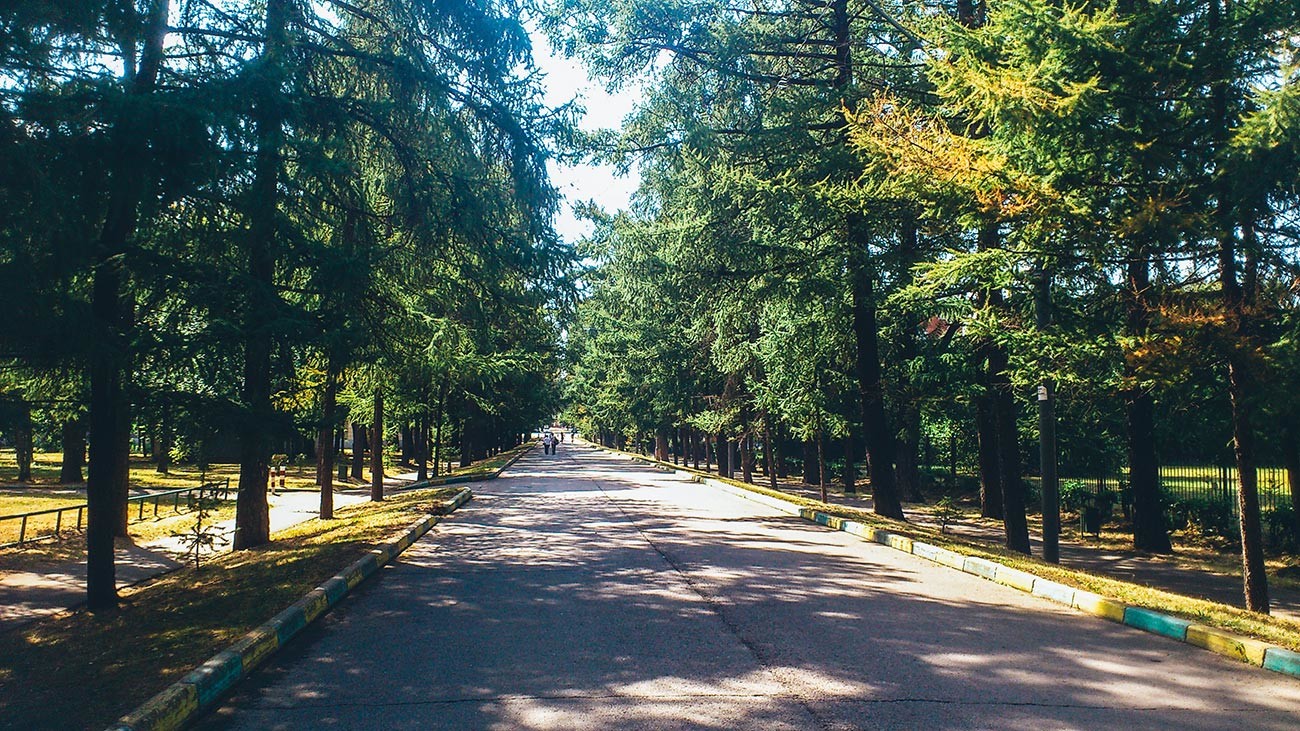 ‘Alleya’ (Russian for “alley”) is a street that has considerable vegetation in it. There are a lot of streets named this way in Russia: Listvennichnaya (Larch) Alleya in Moscow, Platanovaya (Sycamore) Alleya in Sochi, Kashtanovaya (Chestnut), Sosnovaya (Pine) Alleyas and others among them. 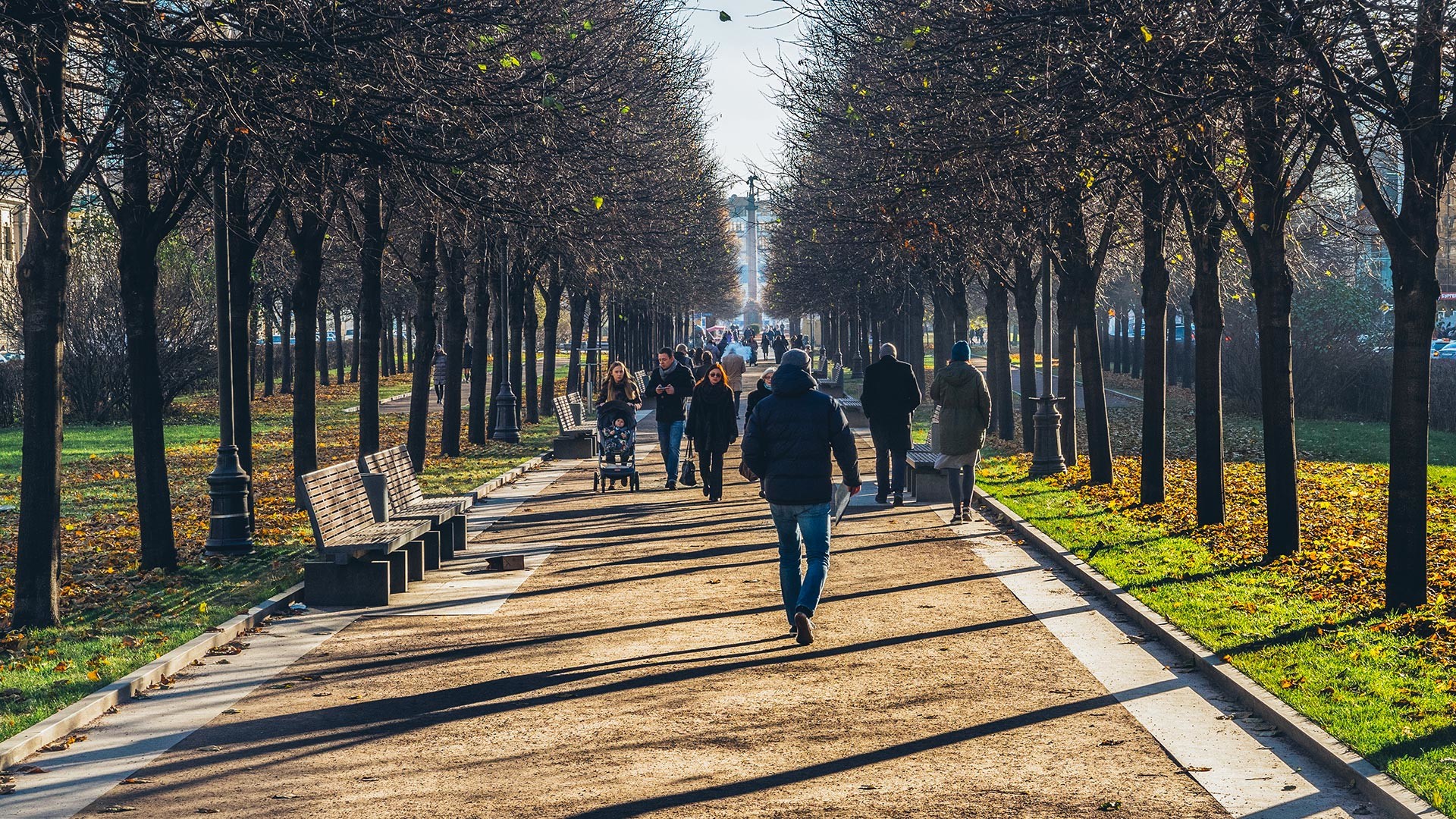 There’s probably nothing special about Russian boulevards except for the fact that they appeared very late – only in the 18th century, when Moscow’s wooden and soil-based fortifications of the so-called Belyi Gorod (‘White City’) were demolished and replaced with a chain of boulevards, known as the Boulevard Ring. 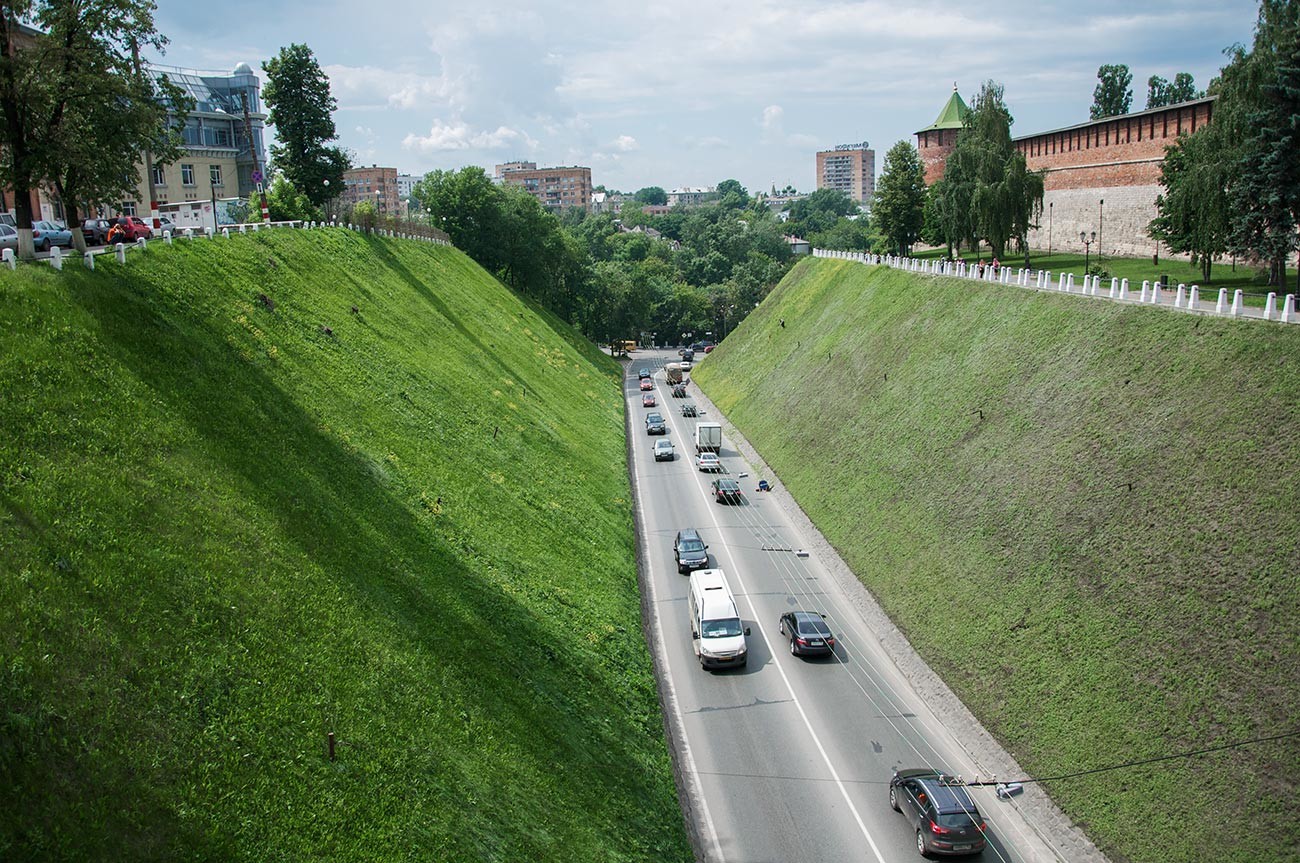 Such streets in different parts of Russia may have even more different names: ‘spusk’, ‘vzvoz’, ‘podyem’, ‘raskat’ – but they all mean the same thing: a downward or an upward driveway, connecting low and high places in cities. Almost all of these streets have a sloping profile. The most known street of this type was Vasilyevsky Spusk - a sloping former street behind the St. Basil’s Cathedral, now called the ‘Vasilyevsky Spusk Square,’ due to there being no more houses there.