6 shortest streets and lanes of Moscow

Travel
Yulia Afanasyenko
Russia’s capital is a vast and ever growing city, but it still hides a few tiny streets. 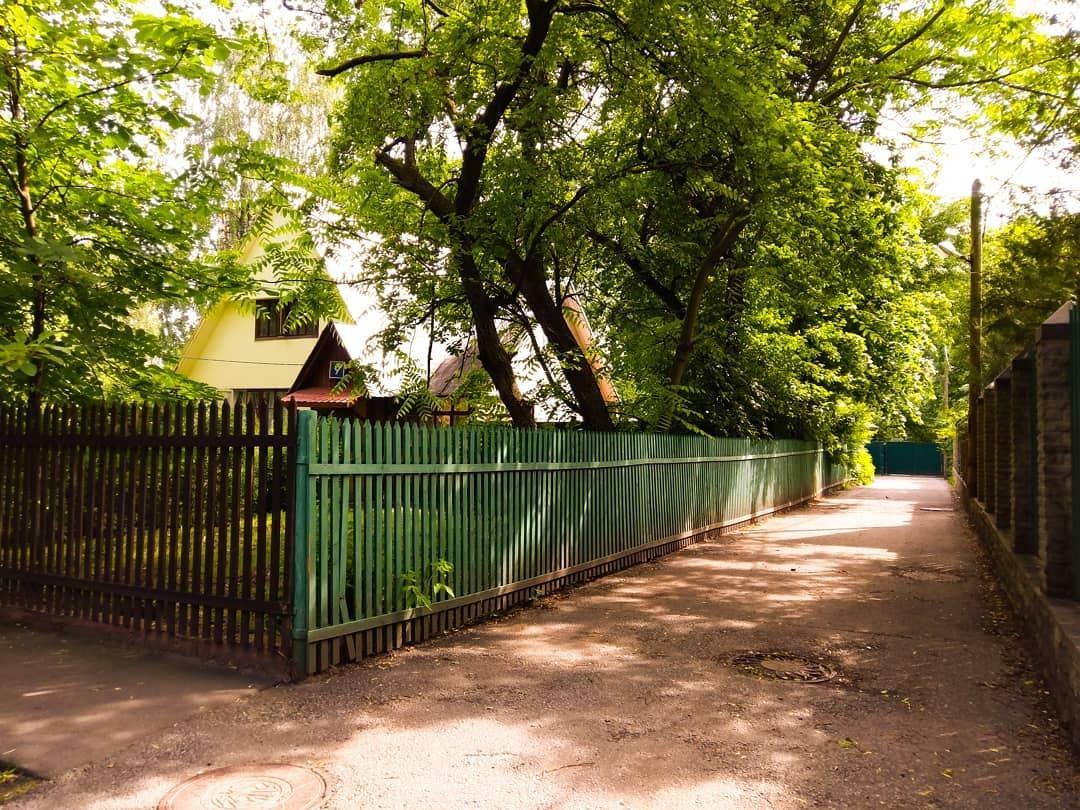 Some maps don’t even show the shortest street of Moscow, as it is too tiny. That’s because Venetsianova Street is only 48 meters long. This street is also the narrowest in the city - at just 4 meters. Only two cottages are housed there - №3 and №4. The street was named after great Russian painter Alexey Venetsianov, who lived in the 19th century. He is especially famous for the paintings showing the life Russian peasants. Venetsianova Street is located in the north-western part of Moscow, in the cooperative cottage settlement called Sokol. It was founded in 1923, becoming the first settlement of this type in Moscow. At the time, Venetsianova Street was roughly two times longer, but, in the 1930s, a part of this street was built over with the house of Soviet painter Alexander Gerasimov, who was famous for ideological paintings and portraits of Lenin and Stalin. 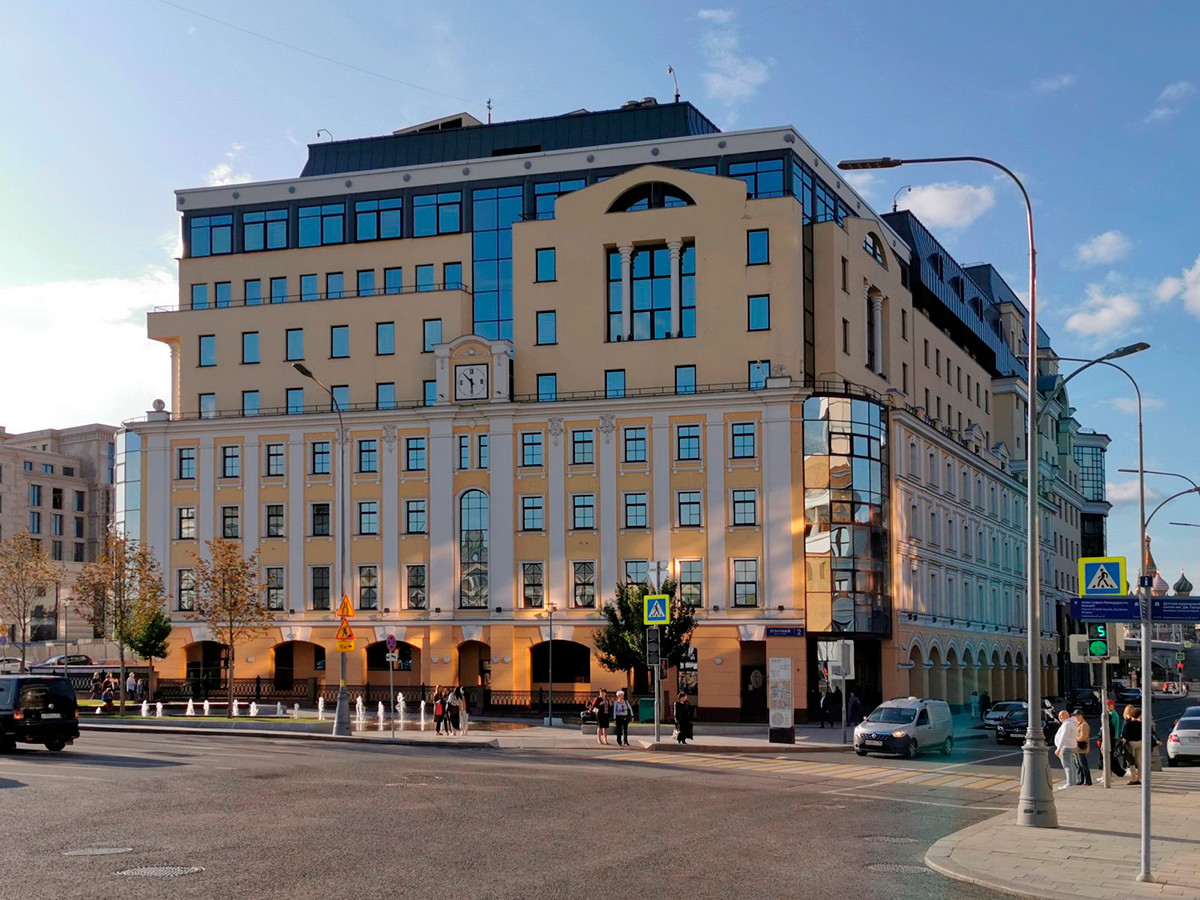 The second shortest street in Moscow is actually a lane, though it doesn’t look like one. It’s named Lubochny Lane - a 58-meter-long part of an embankment of the Moskva River. It’s the shortest street inside the dense city-type neighborhood (in comparison with Venetsianova Street). It connects two bridges: the Chugunny and Bolshoy Moskvoretsky. Only one building is housed on this street and has the address Lubochny Lane, 2. It’s an office building occupied by a department of the Central Bank of Russia. Its second and better-known address is Balchug Street, 2 (which crosses Lubochny Lane). This is a new building that was built in the 1990s in the place of demolished historic houses. The lane got its name after the bast fiber ropes that were produced here, which were used to tie together the parts of an old bridge that once existed there. Lubochny Lane is located in the heart of Moscow and the St. Basil’s Cathedral at the Red Square can be seen from there. The street is located on an artificial island that appeared in 1783, when a drainage canal at its southern side was built to protect the place from strong floods. 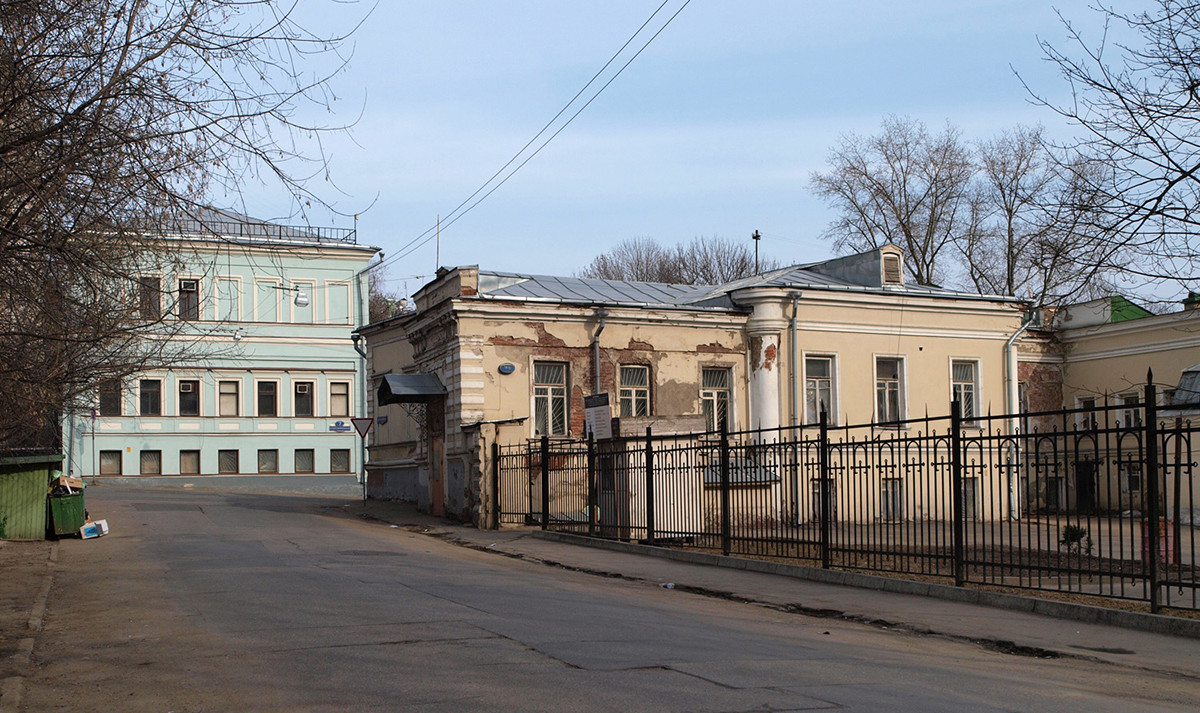 The next short street is already a true lane, located in the southern part of Moscow’s city center. It’s called Maly Ordynsky Lane and is only 67 meters long. This small lane connects two bigger streets - Bolshaya Ordynka and Malaya Ordynka. It’s actually the only function of Maly Ordynsky Lane. Though it is long enough and some buildings are situated along it, they formally refer to the connected streets: these are different buildings of Bolshaya Ordynka Street 53 and 55 and Malaya Ordynka Street 38 and 40. Technically, it’s the shortest street without buildings. As the variation of names is insignificant (Bolshoy Ordynsky Lane also exists nearby), they can be confusing. They got their names from the road to the Golden Horde that lay through the neighborhood in the 13-14th centuries. But the old names of Maly Ordynsky Lane were completely different. First, it was called Maly Kurbatovsky Lane after famous brigadier Kurbatov, a local householder, until 1917. Then, it was renamed Maly Maratovsky - in relation to a chocolate factory named after Jean-Paul Marat, which was located at Malaya Ordynka Street and integrated into the ‘Rot Front’ chocolate factory in 1971. In 1994 Maly Ordynsky Pereulok got its modern name. 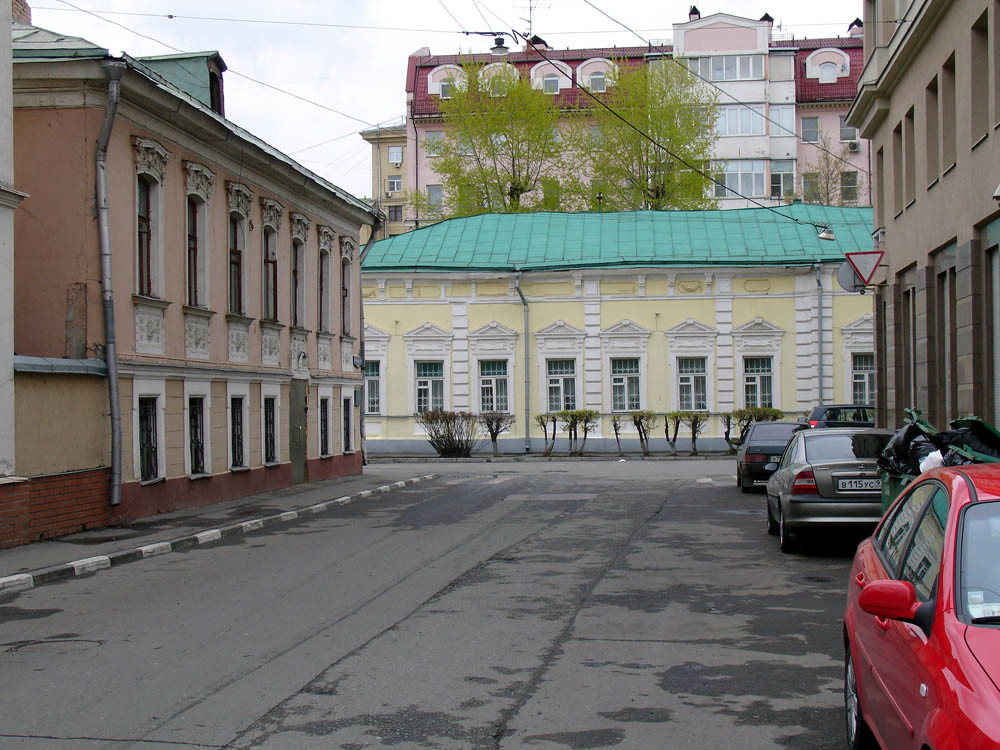 This lane is actually just a little shorter than the previous one: it’s called Maly Nikolovorobinsky Lane and is roughly 68 meters long. It’s situated in the eastern part of the city center and connects Yauzsky Boulevard with Bolshoy Nikolovorobinsky Lane. No buildings relate to this lane, either; however, there is one overlooking it. It’s an old town mansion, which, in 1910, was turned into a hospital and, in Soviet times, the city tried to place an anti-tuberculosis dispensary there. This house is protected as a cultural heritage. All the remaining free area of Maly Nikolovorobinsky Lane is taken up by green space. The lane got its name from the Church of St. Nicholas the Wondermaker in Vorobino that was located nearby, at Vorontsovo Pole Street, 4. The neighborhood was called Vorobino after colonel Vorobin, in honor of his Streltsy (shooters) regiment that lodged there. The first wooden church there was erected back in 1625 and, later, a stone one appeared. It was demolished by the Soviet authorities in the 1930s.

The next small street is Bankovsky Lane that’s situated in the north-eastern part of the Moscow center. It connects Myasnitskaya Street with Krivokolenny Lane and is 70 meters long. The even-numbered side of Bankovsky Lane consists of historic commercial apartment buildings that belonged to the Sytovs - a rich merchant family. Boris Pasternak often visited one of them, as his family friends lived there. At first, this lane was called Shuvalovsky after count Pyotr Shuvalov, who owned a house there. But the count took part in the development of banking in Russia, so he sold his house to the State Issue Bank and the street got its current name. Nowadays, there still is a bank at Bankovsky Lane, though it’s modern and commercial. 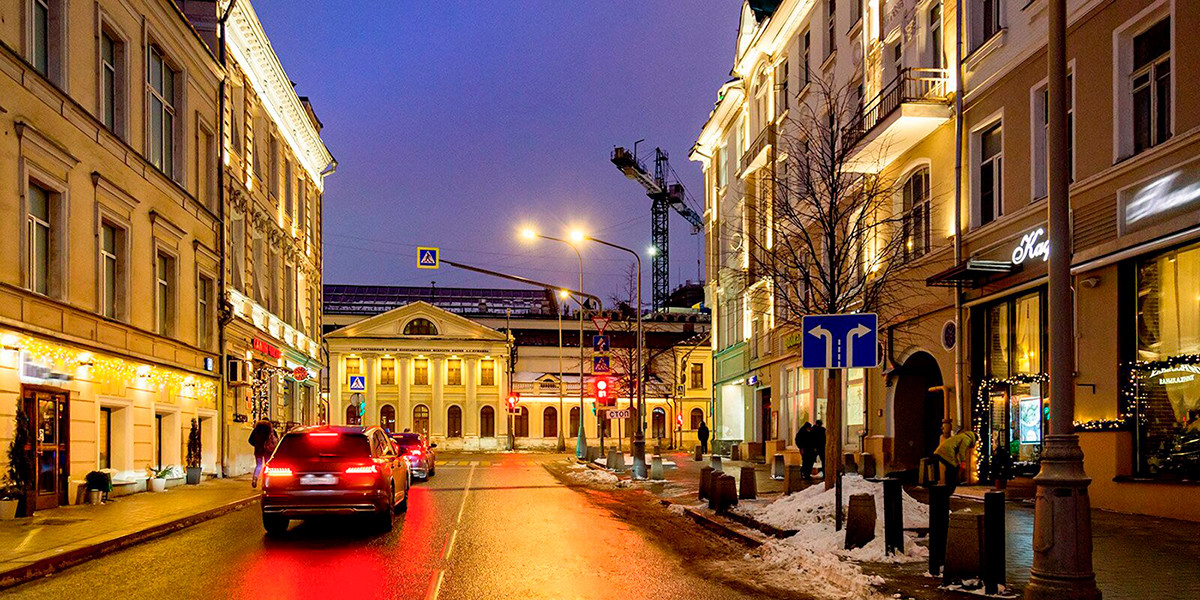 Lenivka Street is 160 meters long, so it’s more than twice as long as Bankovsky Lane, but it’s considered the second shortest street in Moscow (if one excludes all the lanes). The street is located very close to the Kremlin and connects Volkhonka Street with Prechistenskaya Embankment. The houses located on Lenivka Street are former apartment buildings. Also, the street was very important for Moscow traffic in the past: the street was even continued as a bridge over the Moskva River, which existed in stone and metal embodiments until 1938, when Ulitsa Lenivka was considered too narrow for traffic, and the bridge was replaced with the nearby Bolshoy Kamenny Bridge. The street also had different names throughout its history. For example, it was once called Lenivy Torzhok Street. It explains all the names: in the 17th century, there was a marketplace where merchants sold their goods right from their carts, without using any stalls - this method of selling was called lenivy (“lazy”). It explains its current name, too. But, there also is a second version: in the past, there was a river that flowed calmly and slowly, so it was called Lenivka, giving a name to the street, too.