Why the dacha was a Soviet heaven on earth (PHOTOS) 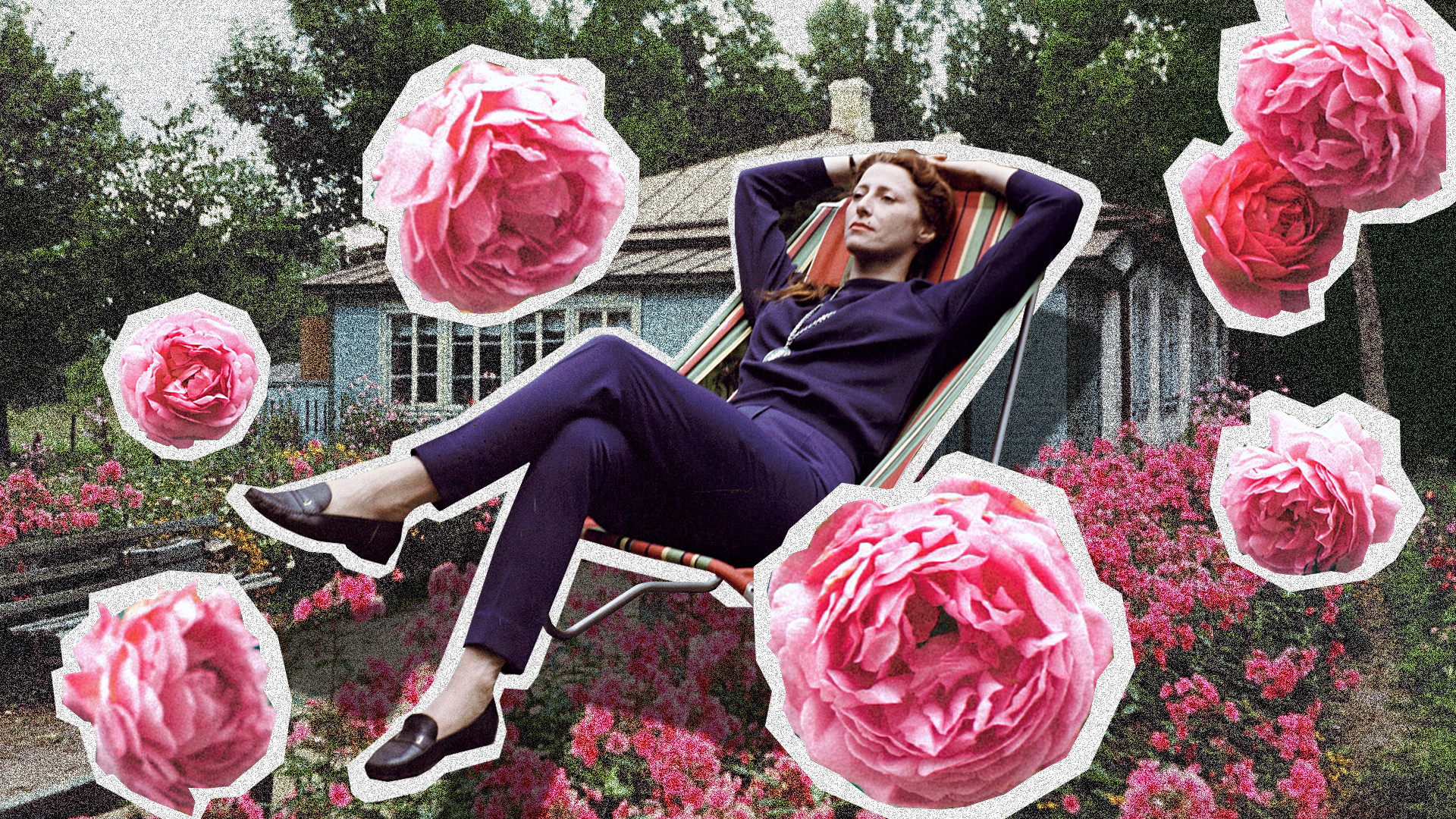 Kira Lisitskaya (Photo: Vasily Malyshev, Anatoly Garanin/Sputnik; Unsplash)
Often, these summer houses had no running water, sanitation or any other amenities for that matter, but, every weekend, their happy owners would make their way to their dachas, usually having to take several means of transport to get there. So, what was the attraction?

In modern Russia, a dacha is usually a cottage or a nice house in the country, with a high fence, running water and sometimes heating. The concept of ‘dacha’ appeared in the Russian language back in the 18th century. For nobles, it meant a country estate with a splendid manor house, where they did not live permanently, but would visit from time to time, usually in the summer. A Soviet dacha was a completely different thing altogether. 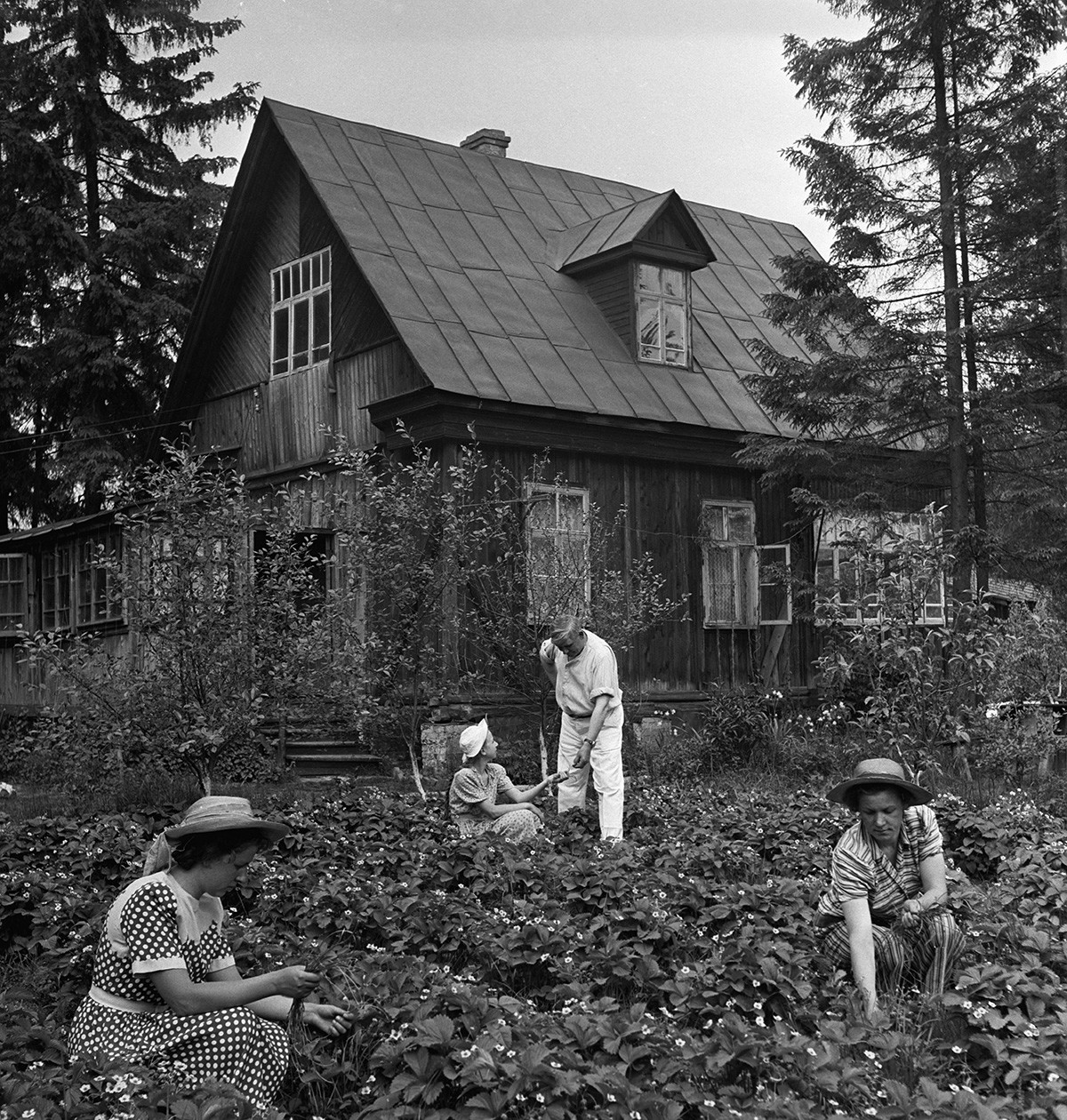 First of all, it was a place where city dwellers could grow their own vegetables and fruit. Dachas were allocated free of charge to employees of various departments, officials, the military, teachers, members of the professional unions of architects, writers, artists and many others, as well as to many ordinary public servants in the USSR. Usually those were small wooden houses on a small plot of land, typically just 600 square meters in size. 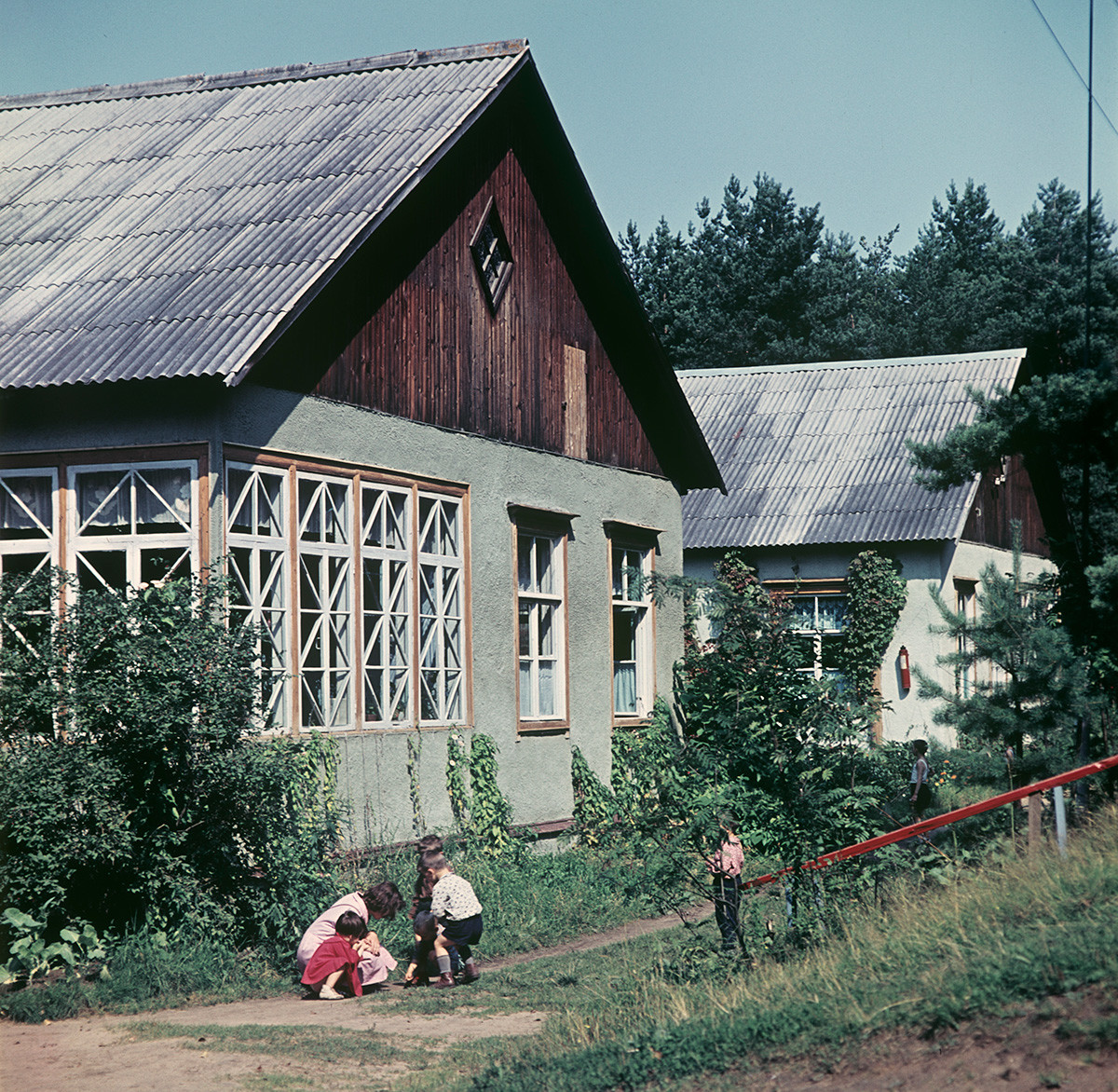 In the USSR, there were whole dacha settlements (known as ‘allotment associations’), where a large number of houses stood close to each other along several streets, separated by low fences. Sometimes, houses were semi-detached and would be shared by two families, each having a separate entrance. 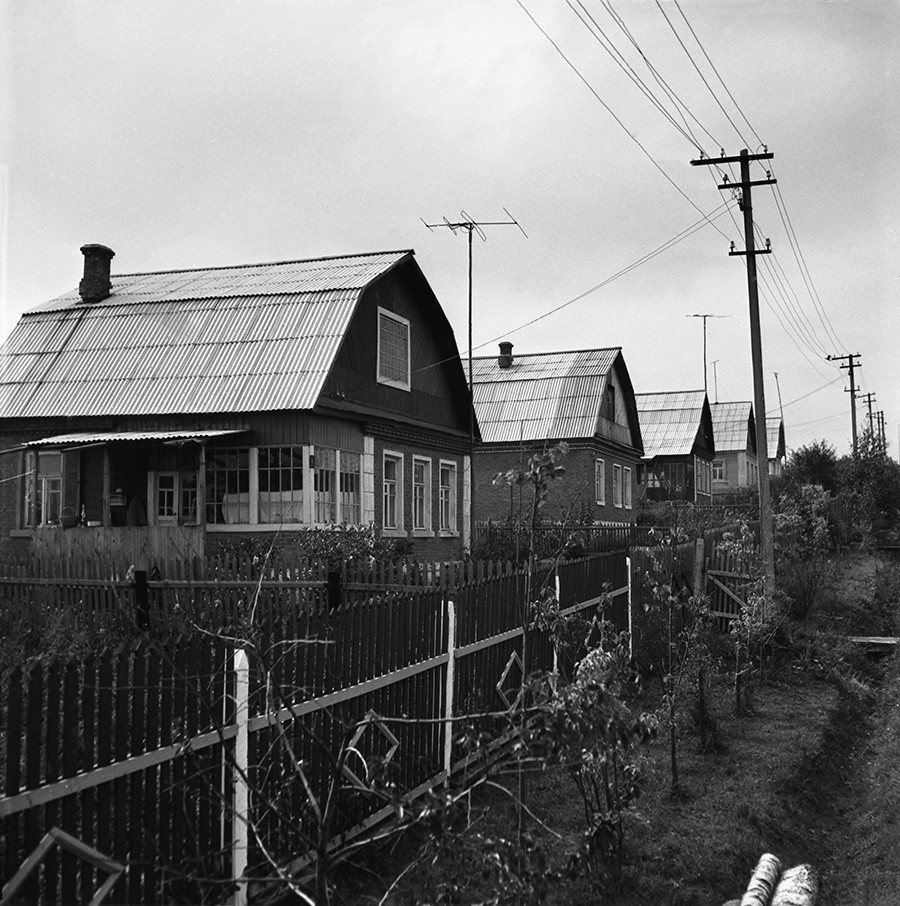 A dacha settlement outside Moscow

However, even those cramped houses were people’s favorite place to escape from the city. Albeit small, it was a patch of land that a Soviet person could call one’s own and where they could relax. 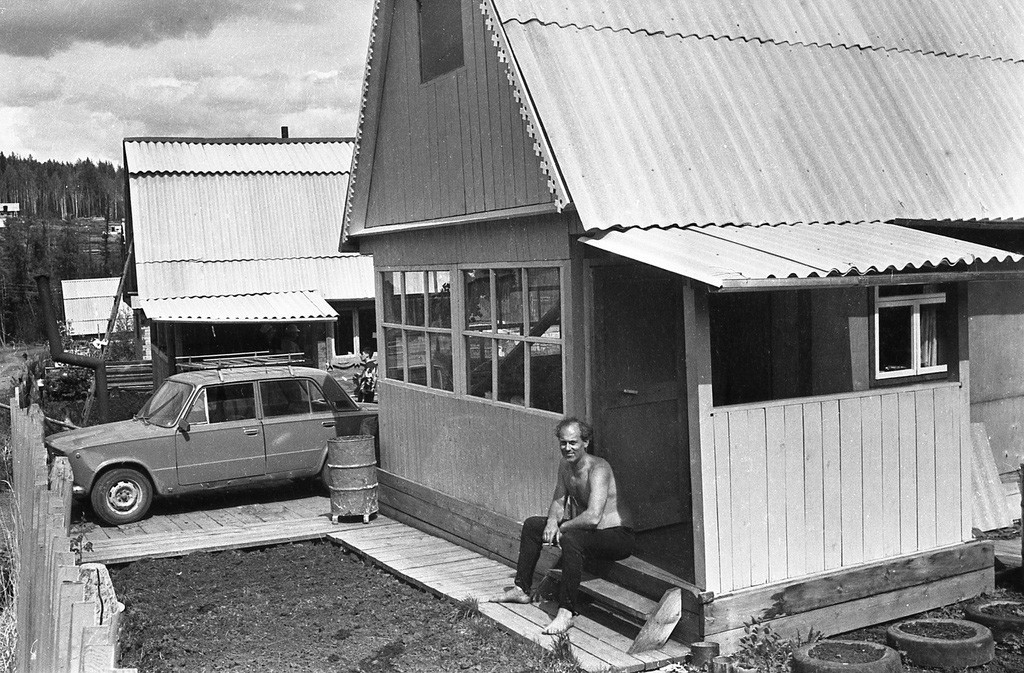 Those who were not given a dacha could still get a plot of land in an allotment association, where they could grow vegetables, visit regularly to tend their kitchen garden and gather crops. Usually people grew potatoes, cabbage and strawberries, but also much more. 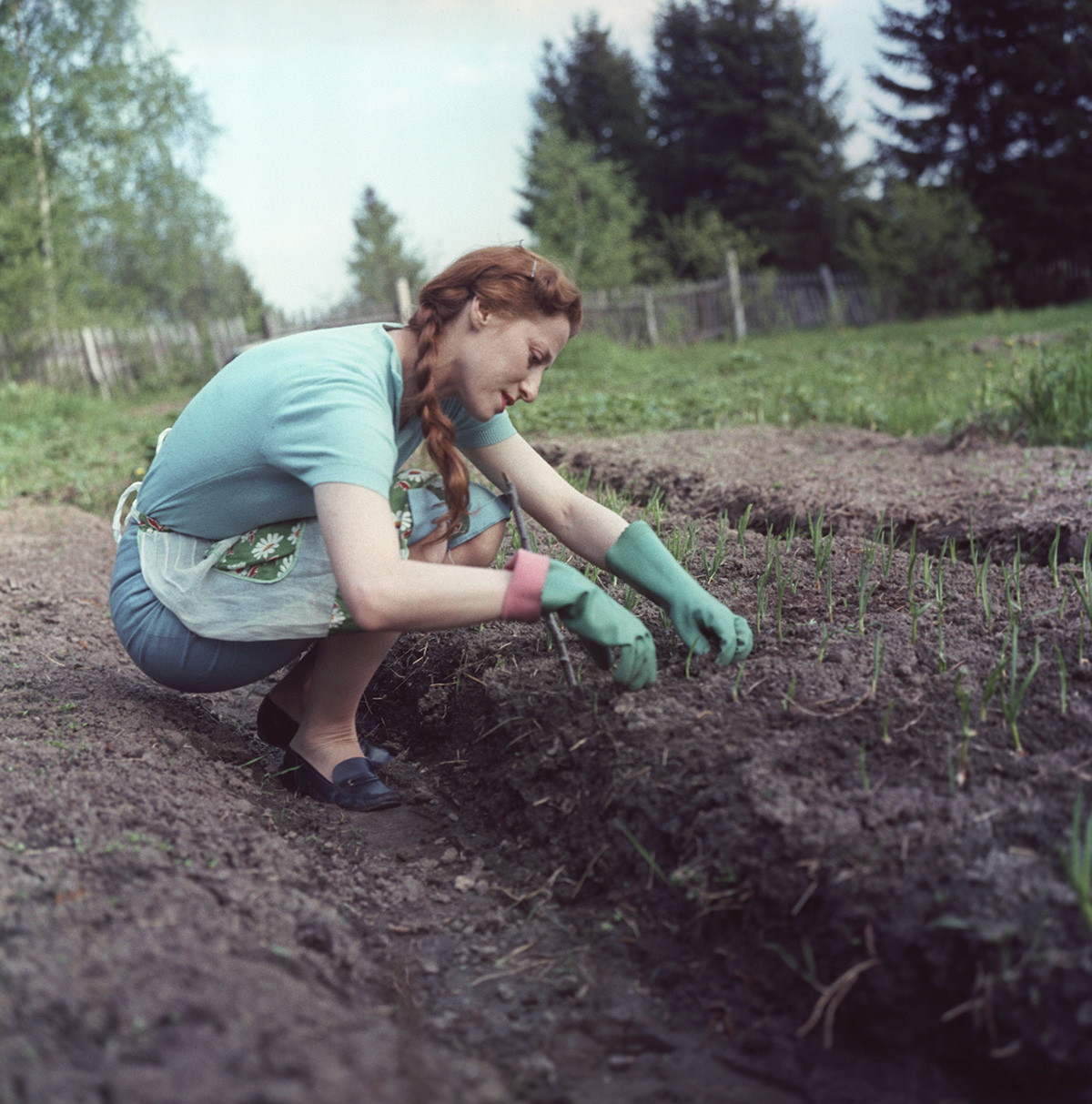 Tiny Soviet apartments had hardly any storage space in them, so many people used their dachas to store old clothes, books, furniture and other junk that they did not want to throw away. 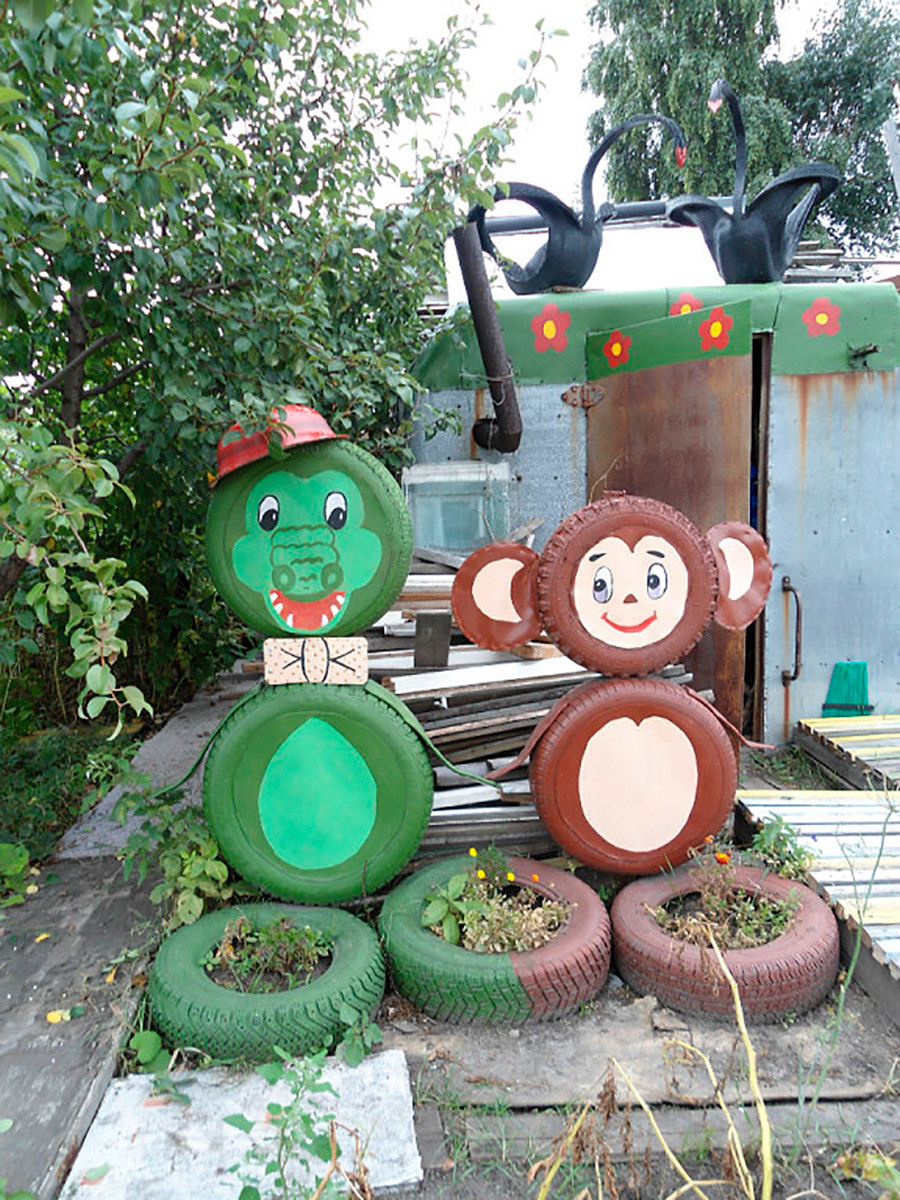 Even now, dachas are often used as a place for recycling old things, which has given rise to a peculiar “art” form, sometimes quite tacky. Check out this picture gallery of garden art here.

Dacha is all about summer 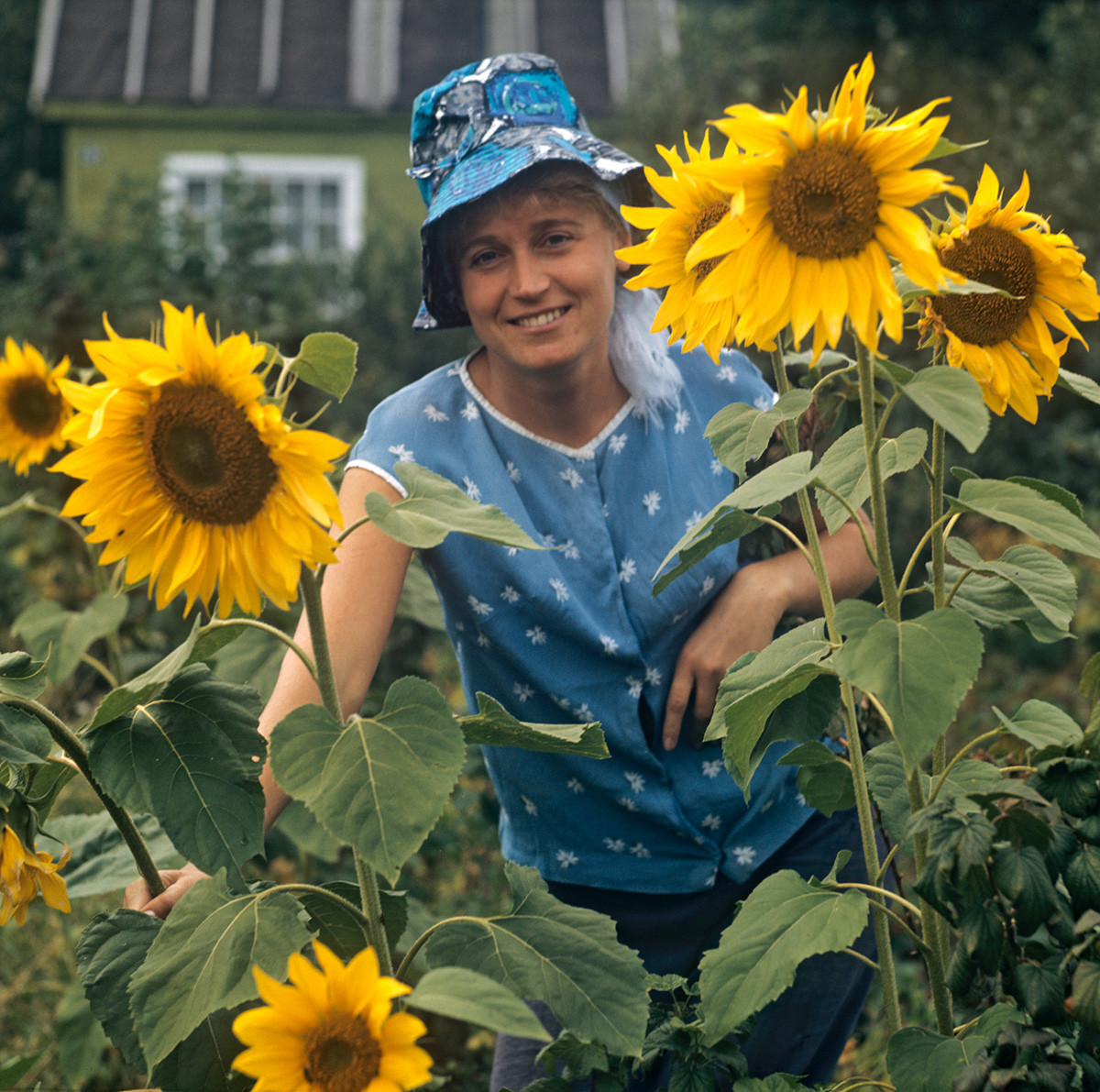 An engineer from the Elektrostal heavy machinery plant at her dacha

Traditional Soviet dachas usually had no heating. Thus, the dacha season usually opened with the first visit of the year around the May holidays, when the dacha was cleaned after several months of disuse, its shutters opened, garden furniture taken out of the shed and arranged on the plot of land, which also had to be taken care of after the winter months. 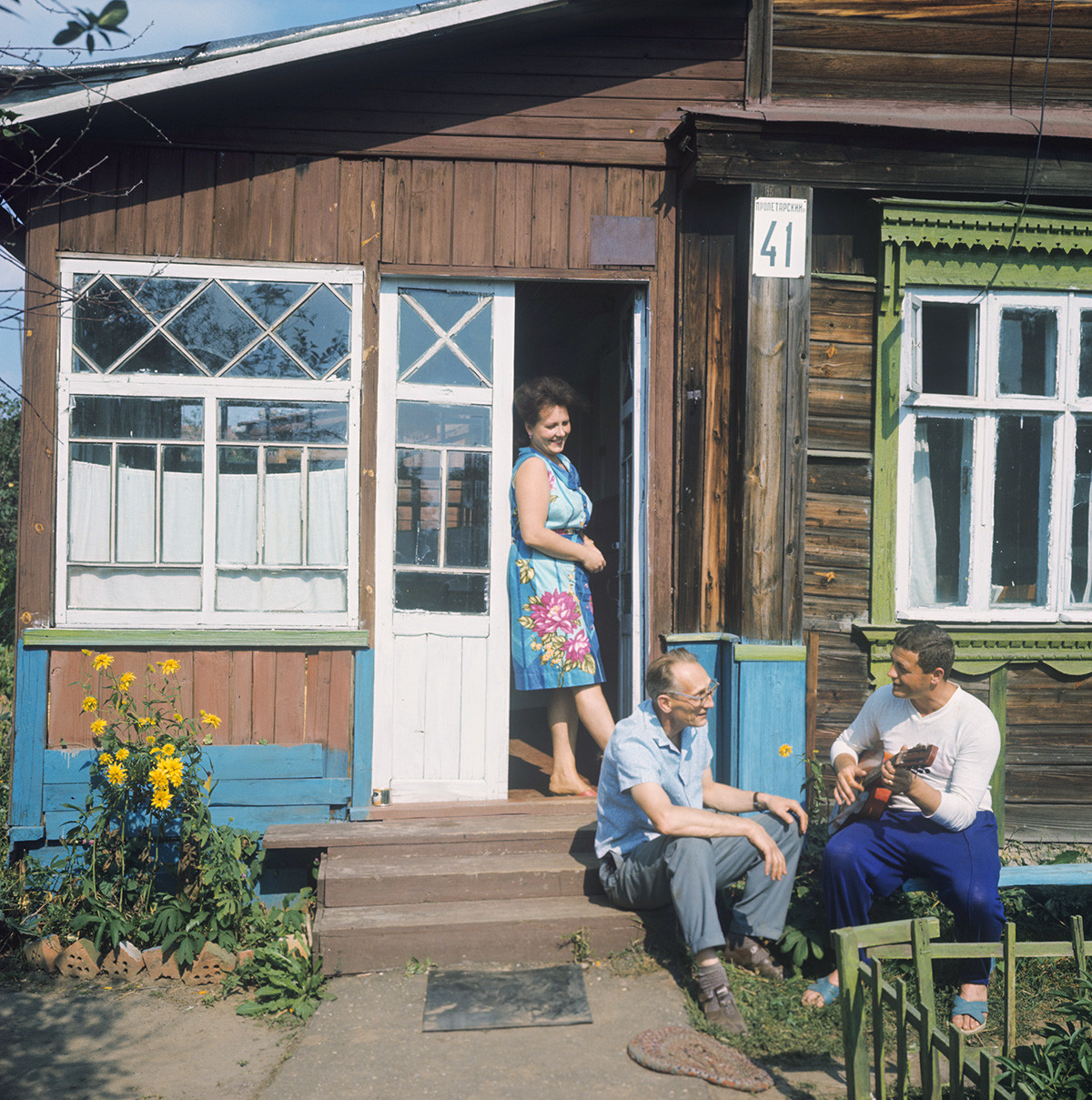 Soviet cosmonaut Vladislav Volkov at the dacha, with his family

Since most dachas were just summer houses, visited mainly at weekends, they also usually did not have running water or sewerage. What they did have were outdoor wash-hand stands, consisting of a water container with a stopper underneath that had to be pushed up for the water to come out. The water from it went either directly onto the ground or into a basin. 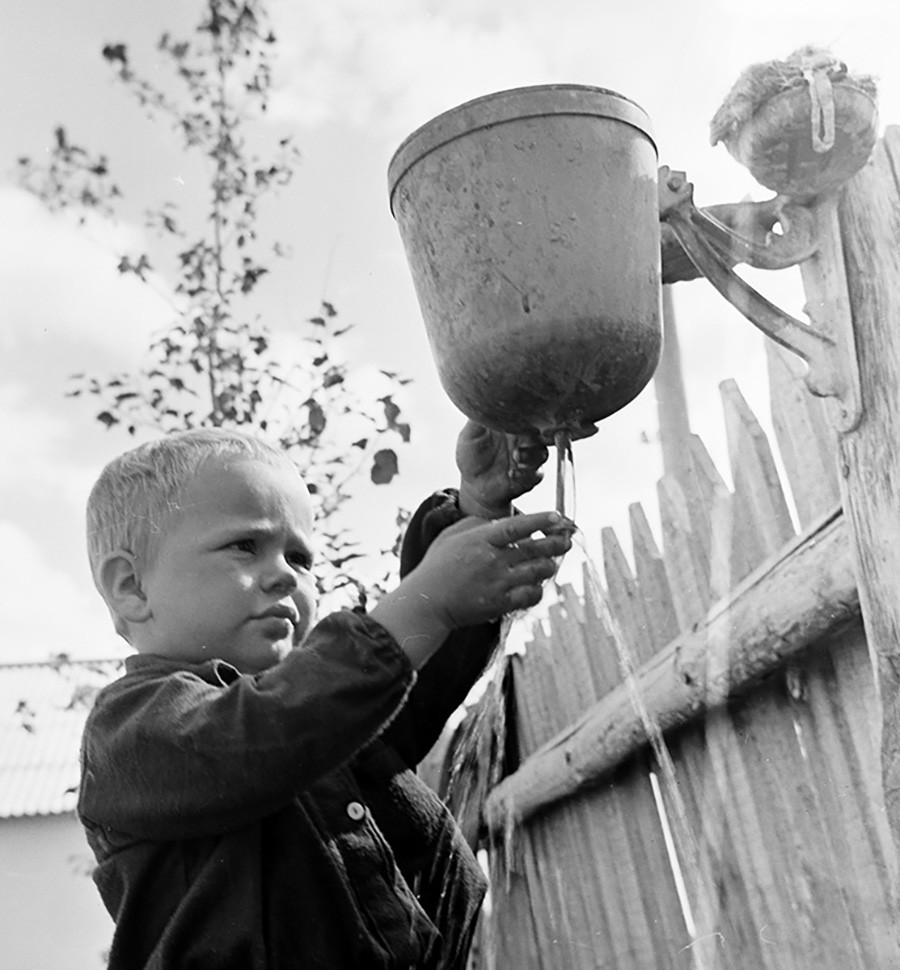 Toilets were outdoor, too: usually in the form of a small wooden hut built over a large hole in the ground. Some dachas had outdoor shower rooms, with water collected in tanks on their roofs and heated by the sun. 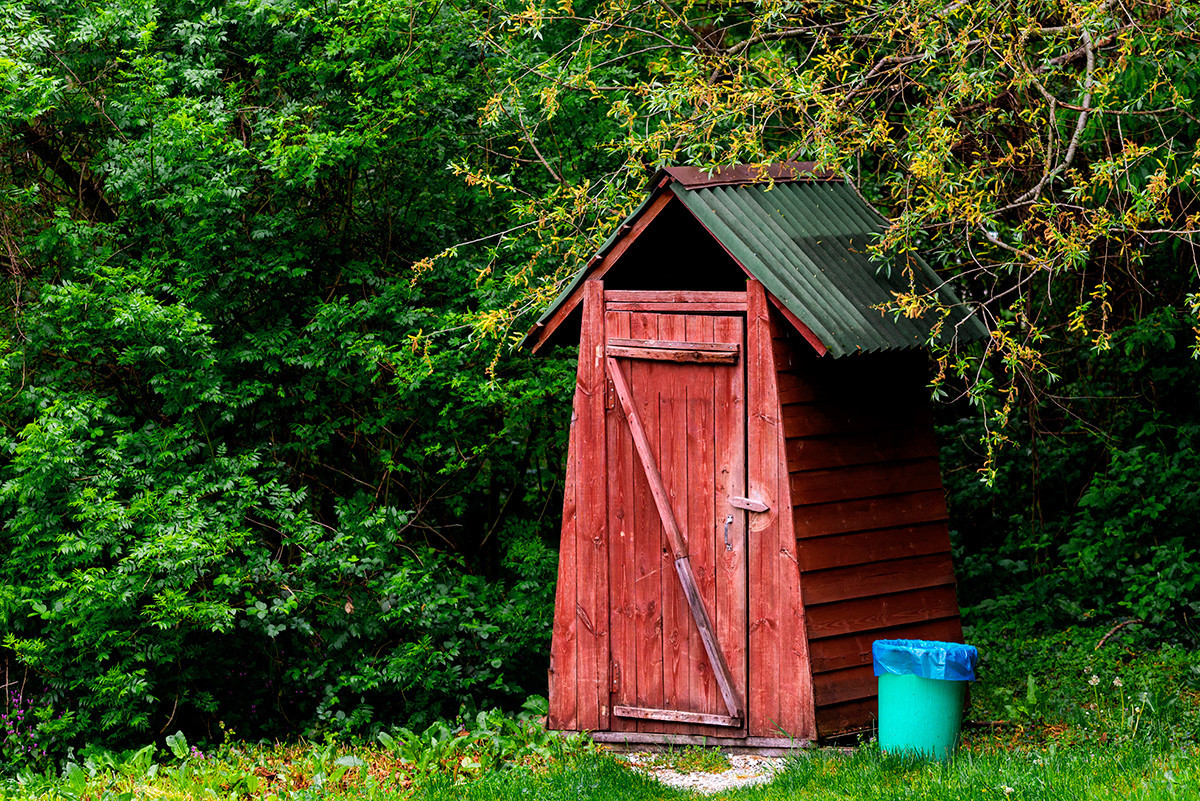 In winter, dachas mostly stood unused. Those that had a stove could be visited for the New Year holidays, too, but the house had to be well heated first. 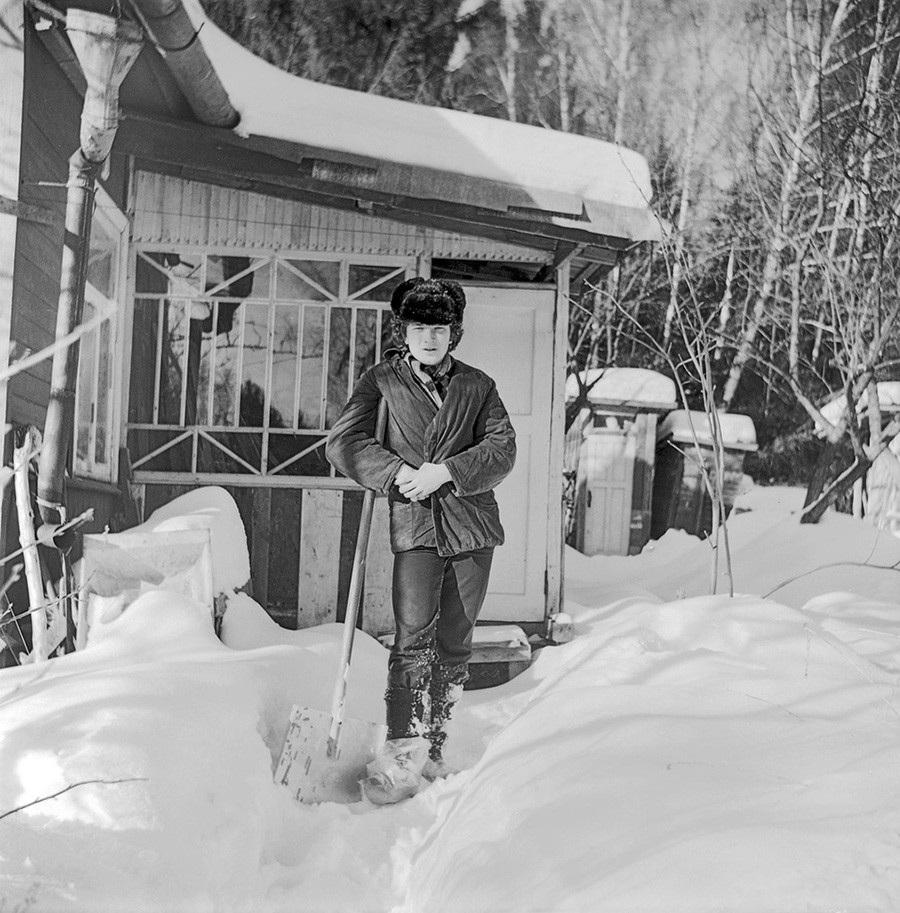 Clearing snow at the dacha

Dacha is not (necessarily) for leisure 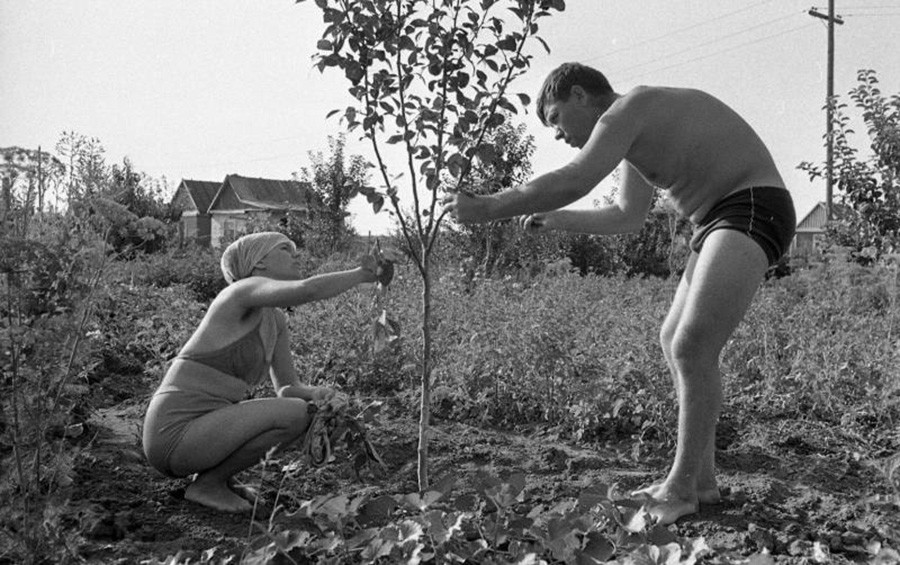 A Soviet person practically did not know how to relax. If they were lucky, they could be issued with a holiday voucher to spend a fortnight at a sea or a health resort. However, those fortunate enough to have a dacha, usually ended up spending their vacations there. 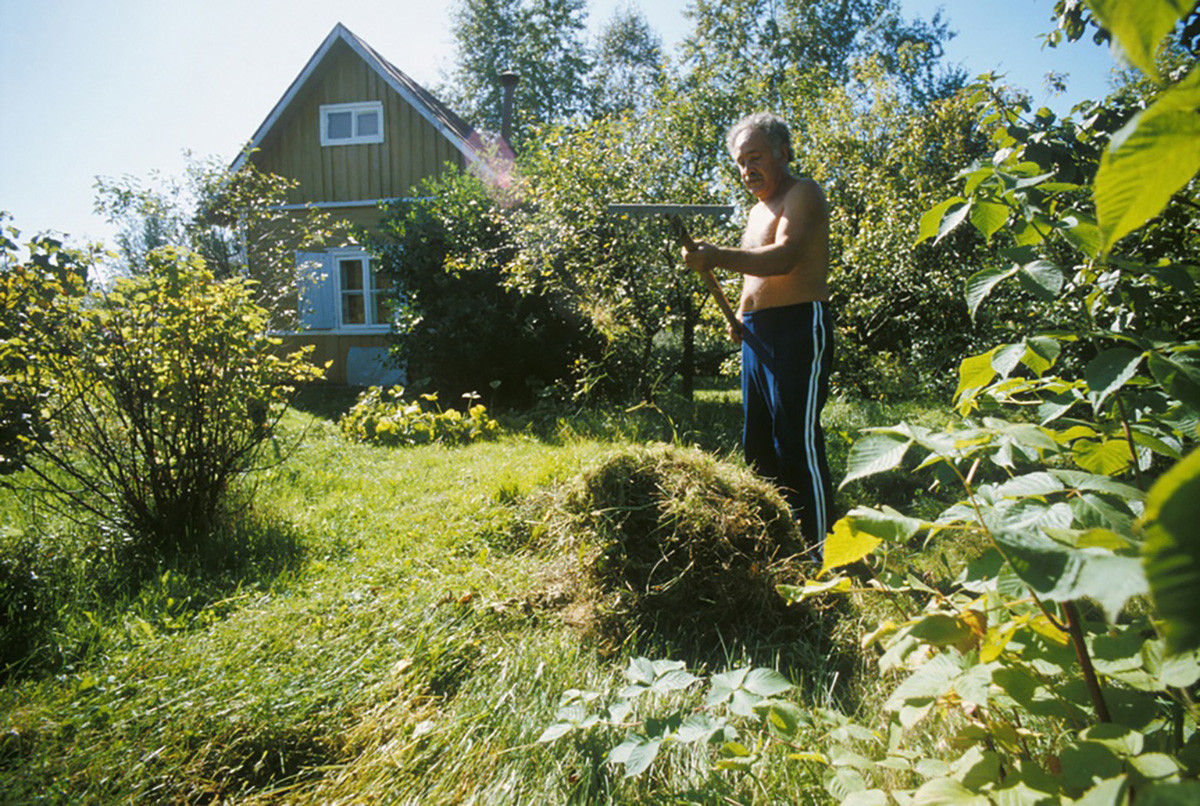 The catch was that while at the dacha, there was absolutely no time to relax, because there were always so many things to do. Something would always break down and needed to be repaired. 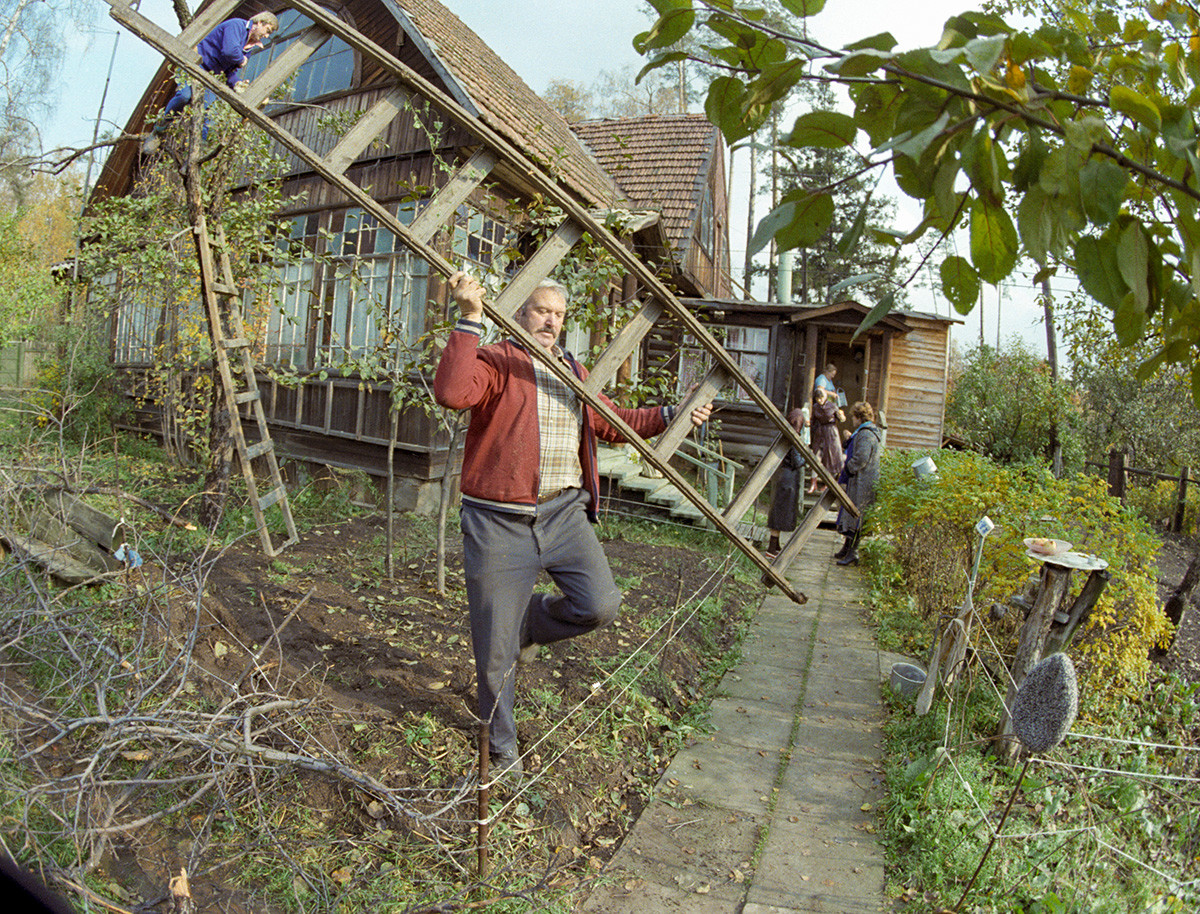 Domestic chores at the dacha

Even when everything was in order, there was always room for further improving the property and the patch of land it stood on, e.g. by installing a shower or building a summer veranda, for instance. 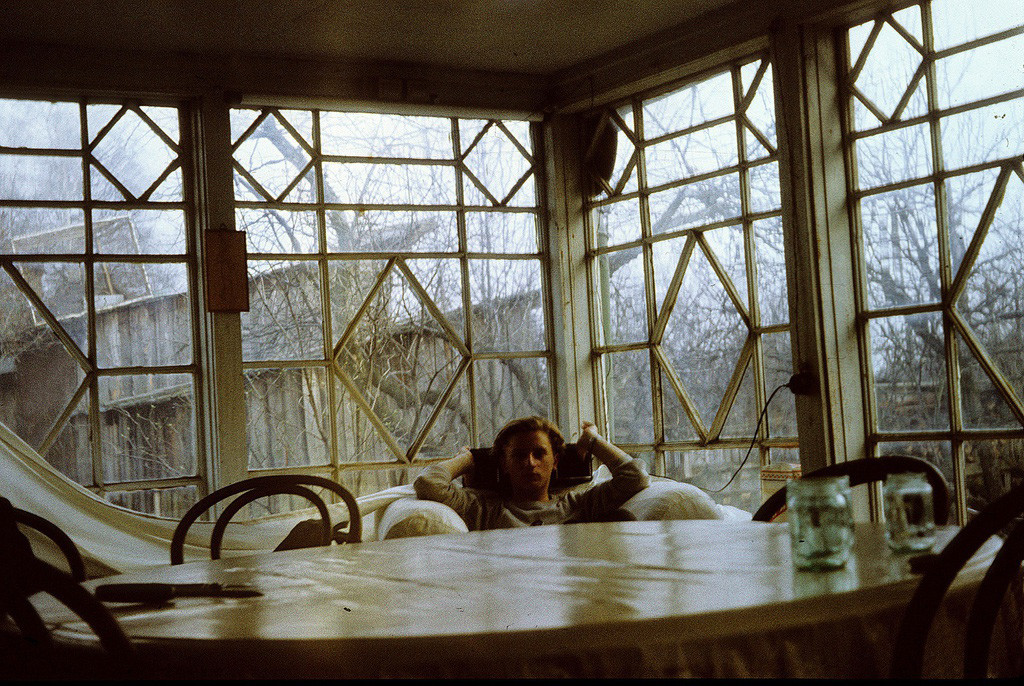 In addition, looking after the kitchen garden took a lot of time and care – first planting, then weeding, watering and caring for plants, treating them against pests and then harvesting the crops. Often, a whole weekend or vacation could be taken up by all this work. 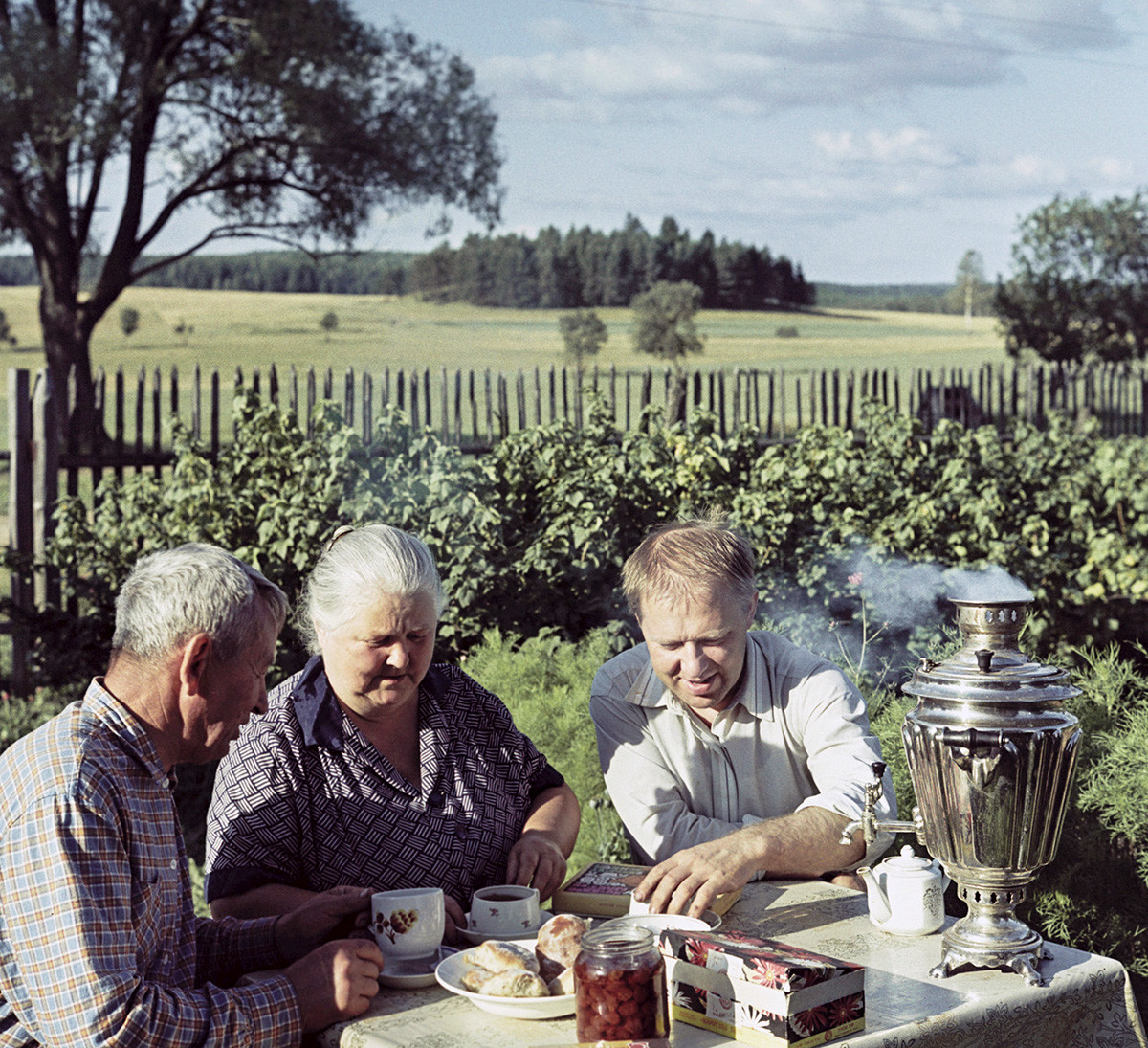 Circus artist Oleg Popov at the dacha with his parents

The only time to relax at a dacha was when receiving guests. Then, hosts would heat a samovar, set a table outside and treat their guests to homemade berry jam and other goodies.

Dacha as a source of happy childhood memories 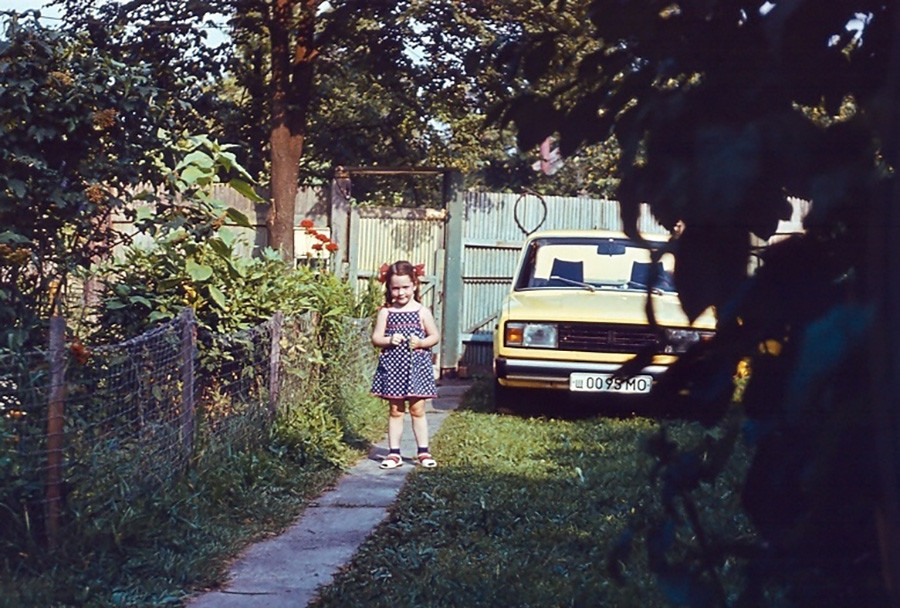 A little girl at a dacha outside Moscow

During the three-month-long summer holidays, schoolchildren could go to a pioneer camp for several weeks. But for the rest of the time, to escape from the city (and to give their parents some breathing space), children were often sent to the country, to spend time at their grandparents’ dachas. Often, parents would also take their annual leave in the summer and spend it in the country with their children. 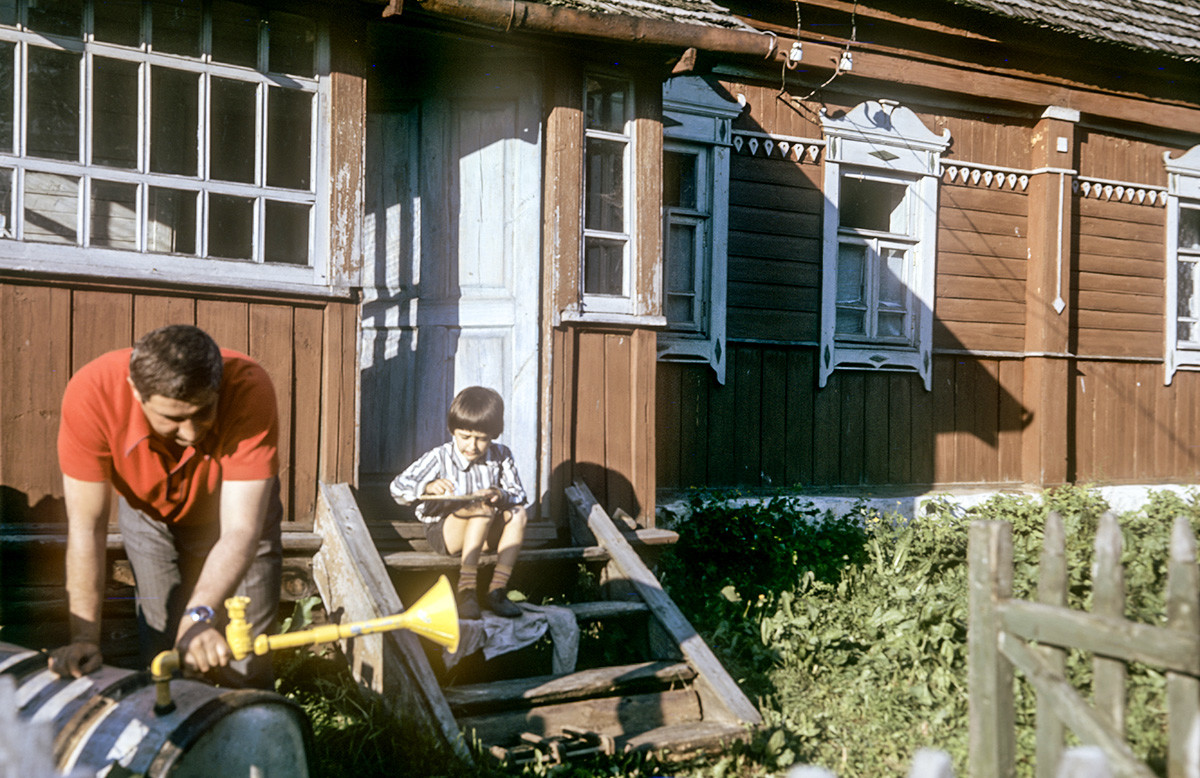 Father and son at a dacha

In large dacha settlements, there were always many children, who spent all their time outdoors, running around, playing together, or disappearing to their secret haunts. An added bonus was the proximity of a river, a lake or even a small pond. 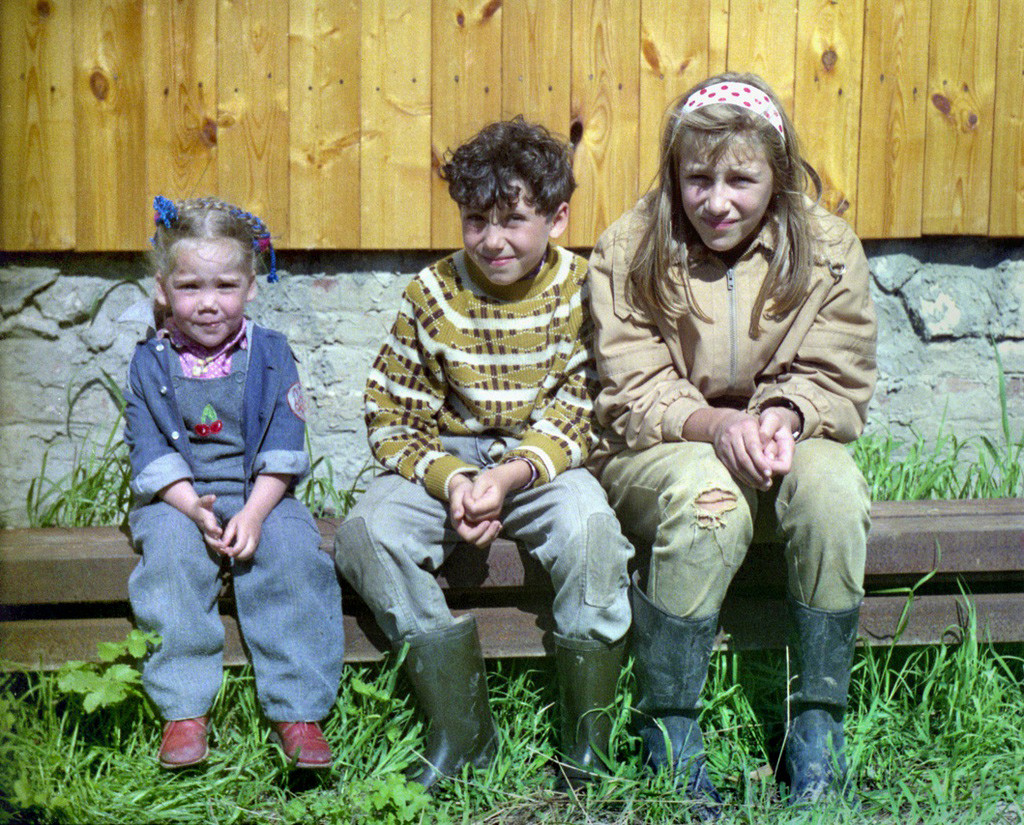 Children dressed according to dacha fashion: rubber boots are a must

While at the dacha, children usually wore old clothes that had been retired from the city (and that could get torn or dirty without anybody minding), so they often ended up looking quite ridiculous. But nobody minded that either, as it was one of the charms of dacha life, where kids felt liberated after spending nine months in tidy and ironed school uniforms.

Soviet leaders had dachas, too 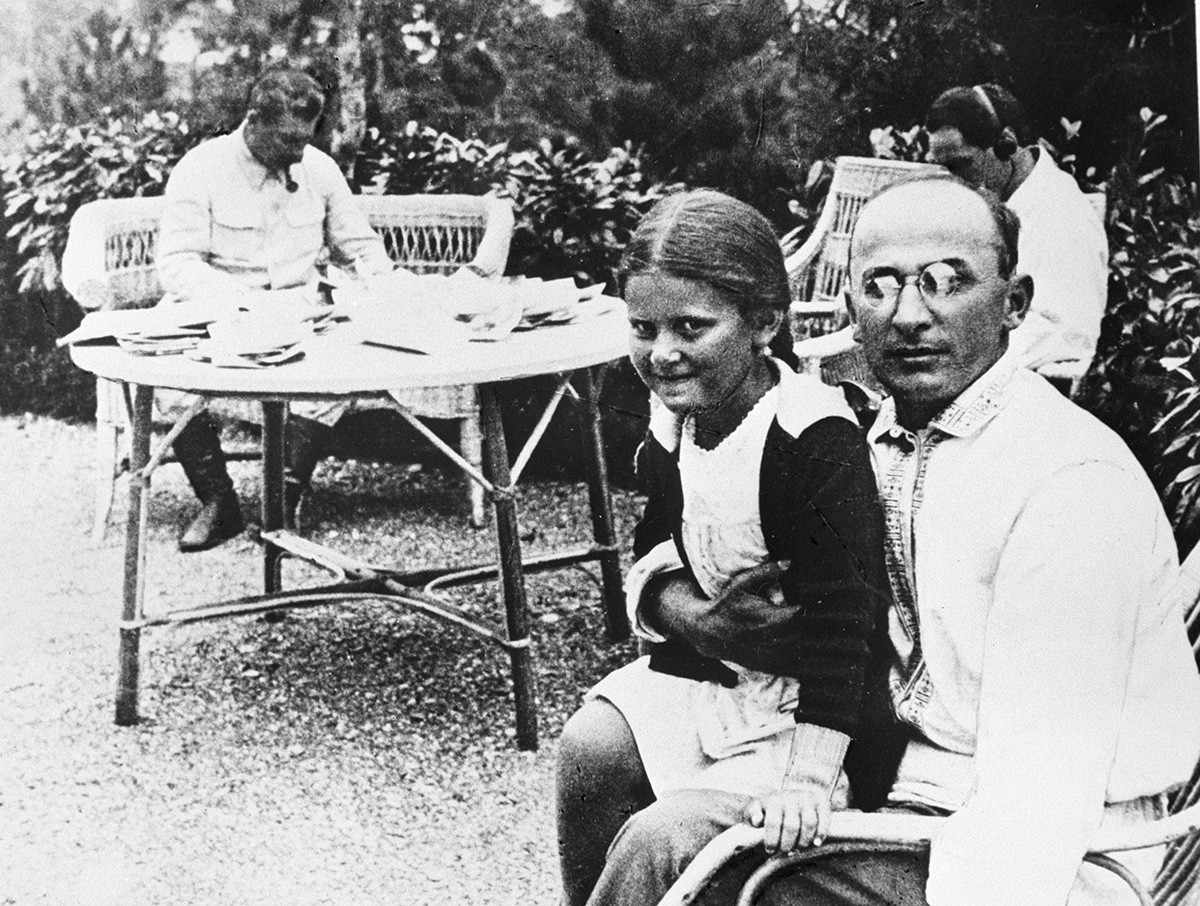 Stalin was very fond of spending time at his dachas. He had about 12 of them - several in Moscow Region, as well as in Sochi, Abkhazia and in Crimea. He not only worked at his country residences, but also often received ministers and officials there. 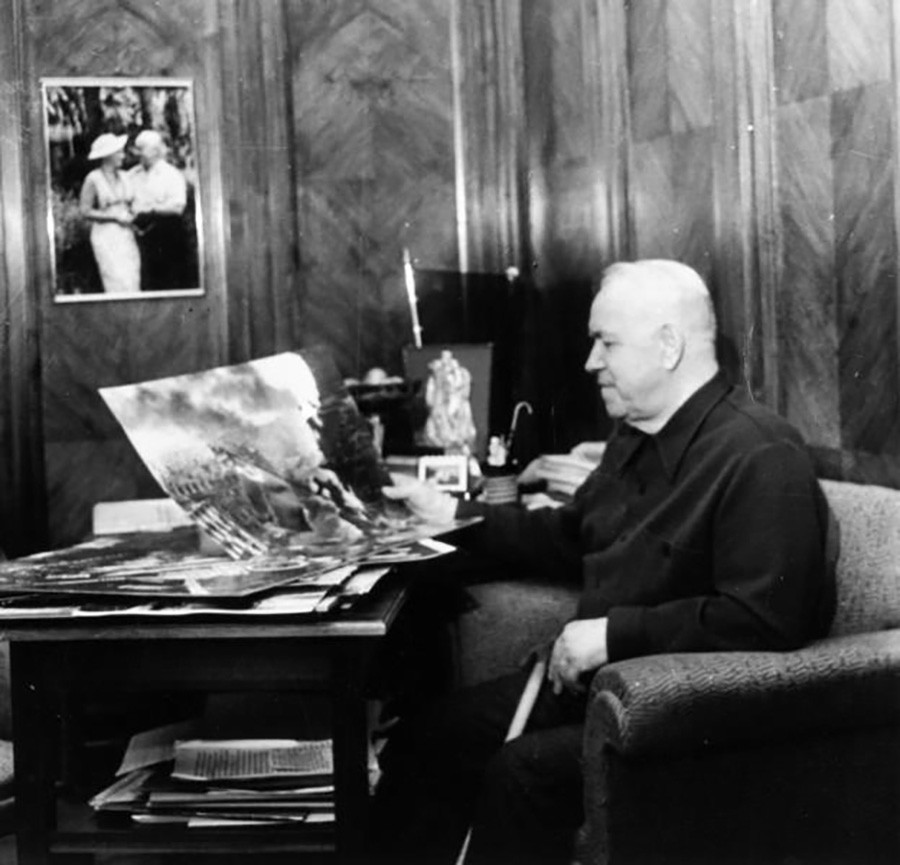 Marshal Georgy Zhukov at his dacha

The country’s leaders after Stalin, as well as high-ranking officials, members of the Soviet nomenklatura and generals also had dachas. Theirs, however, sat not on 600 sq. m. plots of land, as those of ordinary people, but often occupied entire hectares of land. 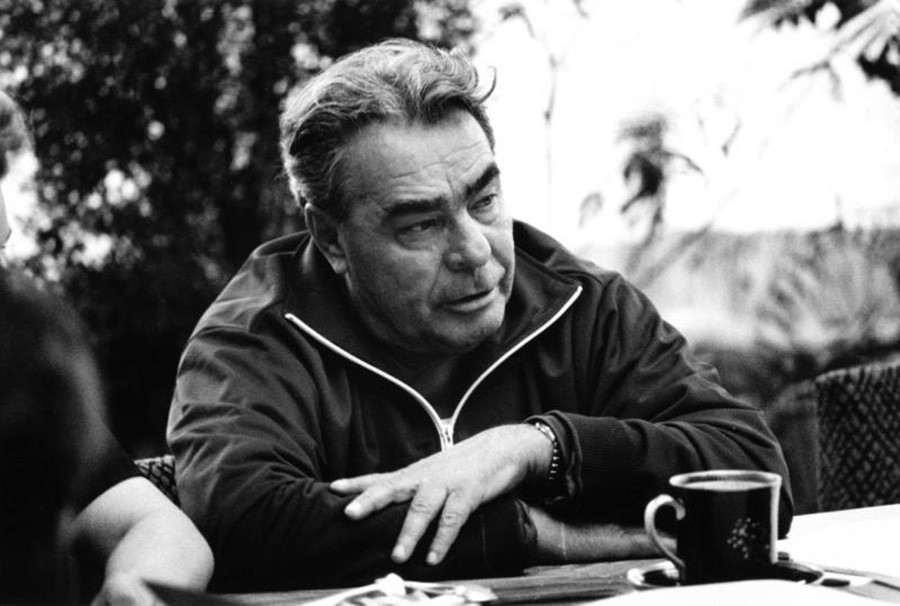 Leonid Brezhnev at his dacha