QR codes for foreigners to enter cafes, and vaccination for migrants in Moscow – what’s going on? 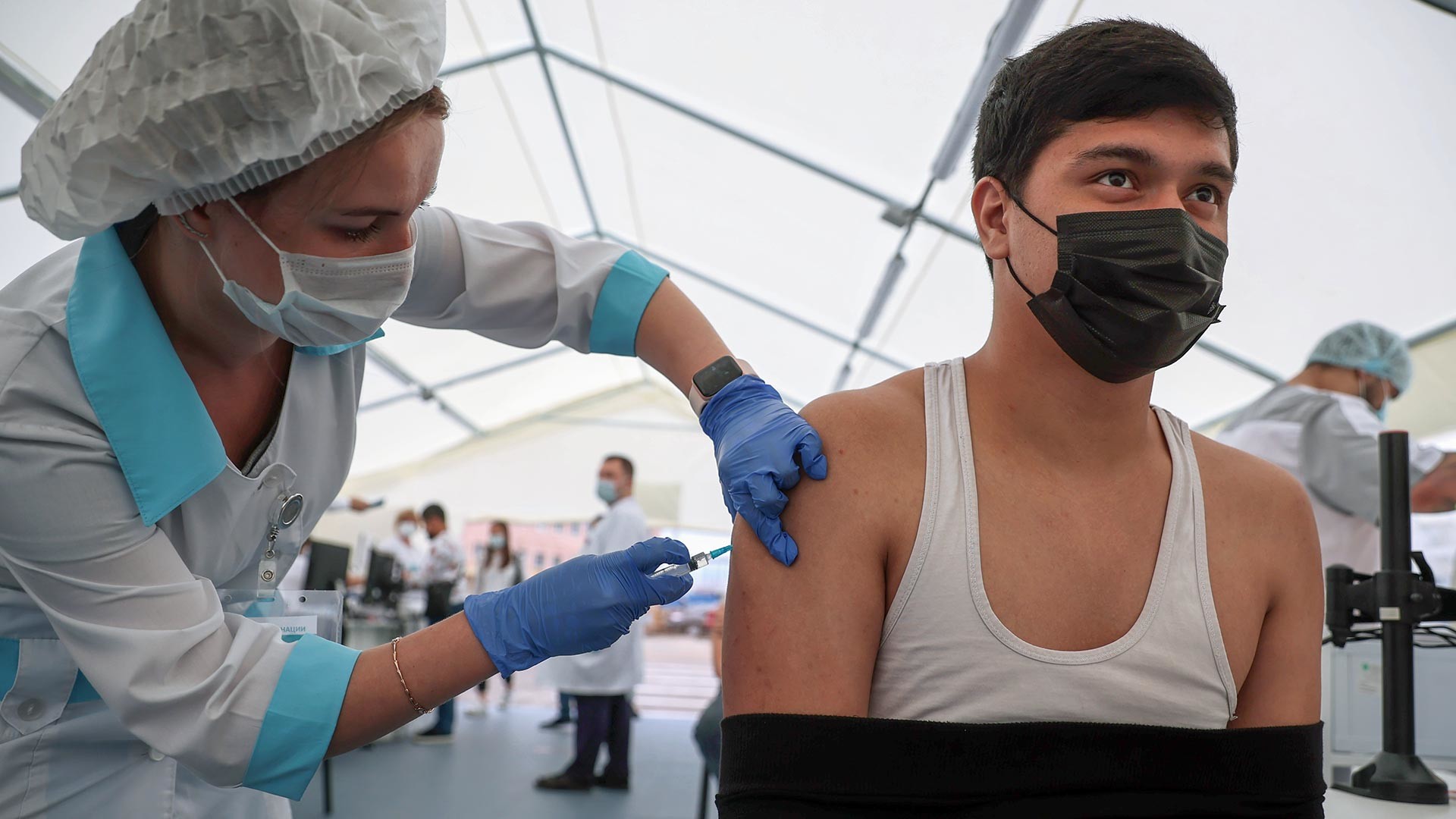 A medical worker during the vaccination of migrants against COVID-19 with the Russian drug Sputnik Lite on the territory of the Sadovod shopping center in Moscow.

Vitaly Belousov/Sputnik
Starting from June 28, 2021, as part of the new restrictions triggered by a rise in the number of coronavirus cases, Moscow cafes and restaurants serve only customers – Russians and foreigners alike - who can produce special QR codes. Also, Moscow has started offering Covid-19 jabs to migrant workers. Find out how to get a QR code and sign up for vaccination, and what to do if there is a glitch in the system.

What is a QR code and how to get it? 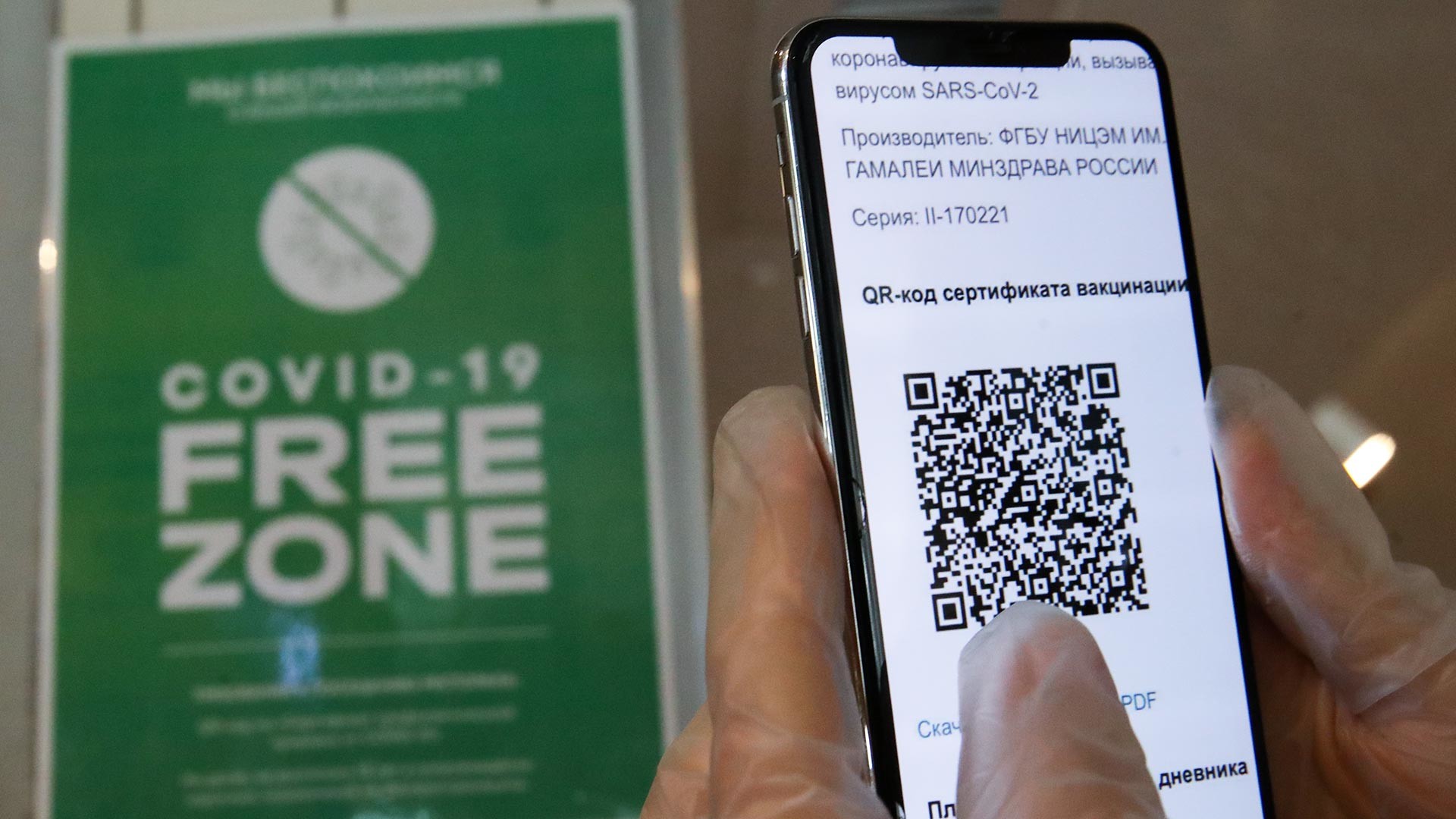 Checking a QR code on a visitor in the restaurant "Mama will be glad," which has joined the experiment to create a COVID-free space in Moscow.

Moscow Mayor Sergei Sobyanin has issued a decree whereby from June 28 all catering establishments in the city, including cafes, restaurants, bars and karaoke clubs, can only allow in those customers who have been vaccinated, or have had Covid-19 in the last six months, or have a negative PCR test taken within the previous three days. The restriction does not apply to customers served on summer verandas or ordering take away food and drinks.

Those who have had Covid-19 or have had both doses of the Russian vaccines Sputnik V, EpiVacCorona, and CoviVac, or a single dose of the Sputnik Light vaccine, (foreign vaccines have not been officially recognized in Russia), can receive an individual QR code, which they would have to present, together with their passport, to be allowed in.

Those who have not had Covid-19 and have not been vaccinated can get a QR code, too. They’ll have to take a PCR test in a lab belonging to UMIAS - the Unified Medical Information Analysis System. (The list of these labs in Moscow can be found on the map here).

To get a QR code, foreign nationals need to fill in a special form on the mos.ru portal, providing their full name, date of birth, mobile phone, passport details, and the number of their work permit in the Russian Federation. Once the questionnaire is submitted, the system will issue a QR code. For those who have had Covid-19, the code will be valid for six months since they recovered; for those vaccinated, for a year from the date of the second jab; and for those who have a negative PCR test, for 72 hours from the moment their test results were entered into the laboratory database.

Also, after the second jab, foreign nationals will be issued with a vaccination certificate that will have a QR code printed on it that can then be used to enter bars and restaurants, Kommersant reports. 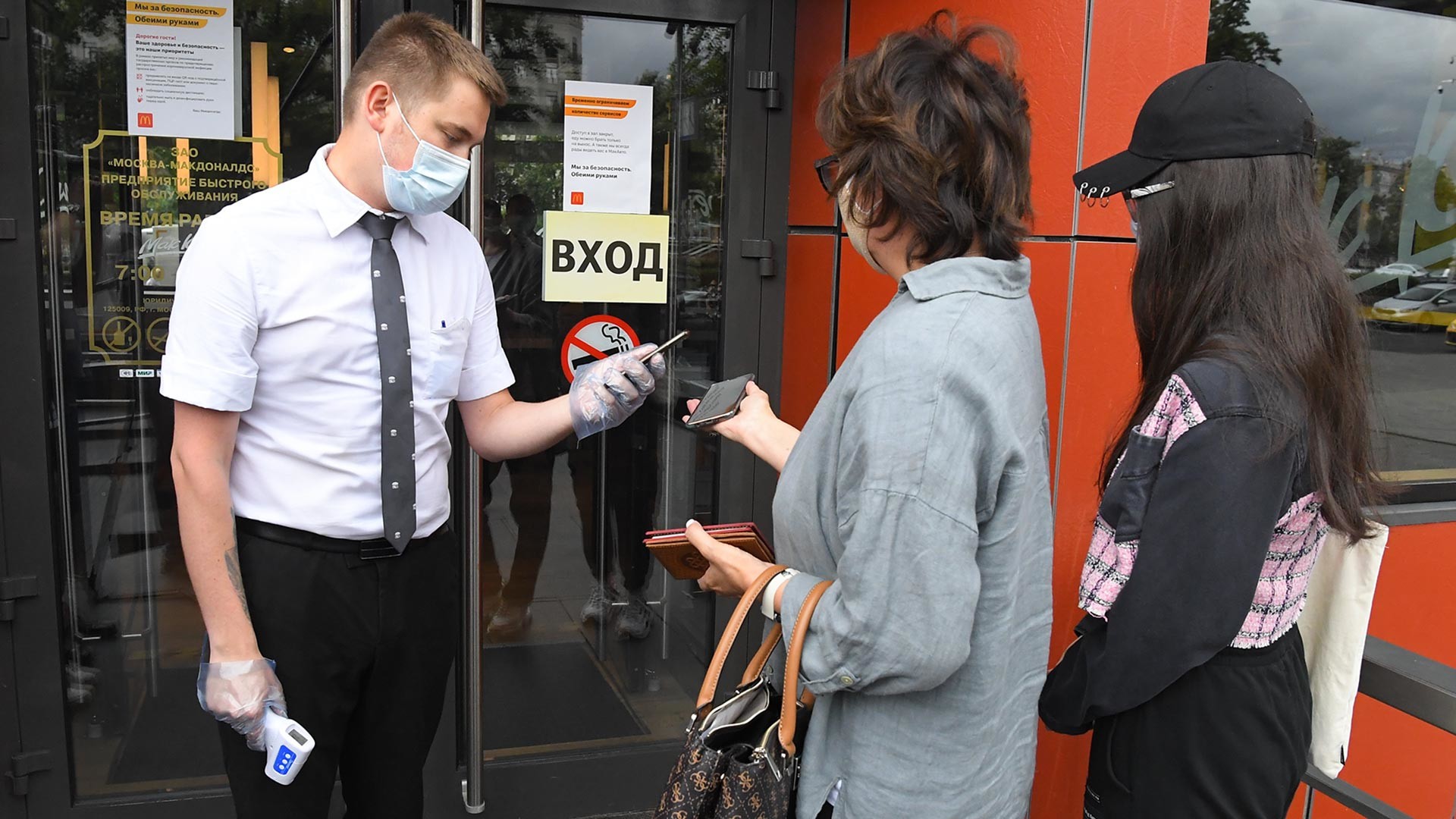 Visitors at the entrance to McDonald's on Pushkinskaya Square after the new restrictions for visitors to public catering enterprises in Moscow came into force.

The Kommersant newspaper reported that some foreign citizens, including diplomats, can’t get a QR code because many were vaccinated in their home countries with foreign vaccines that are not recognised in Russia. Also, before receiving a jab foreigners were required to present to a Russian state polyclinic an individual Insurance account number (SNILS), which foreign citizens do not have.

In the winter and spring of 2021, foreign nationals in Moscow could get a jab at pop-up vaccination points in shopping malls, but now, these may also require  a Russian passport or SNILS.

Read more: “I’m a foreigner who received the Sputnik V vaccine in Russia”

Thus, the only option is to do a PCR test before each visit to a restaurant.

So far, there’s been no comment from either the Health Ministry or the Foreign Affairs Ministry. On June 24, 2021, the Moscow-based coronavirus headquarters announced that foreigners in Russia would be able to get vaccinated for a fee. However, it did not give a timeframe, saying only that everything depended on when the relevant decision was passed by the Russian government.

So does this mean that foreigners can’t get a Covid-19 jab in Russia? 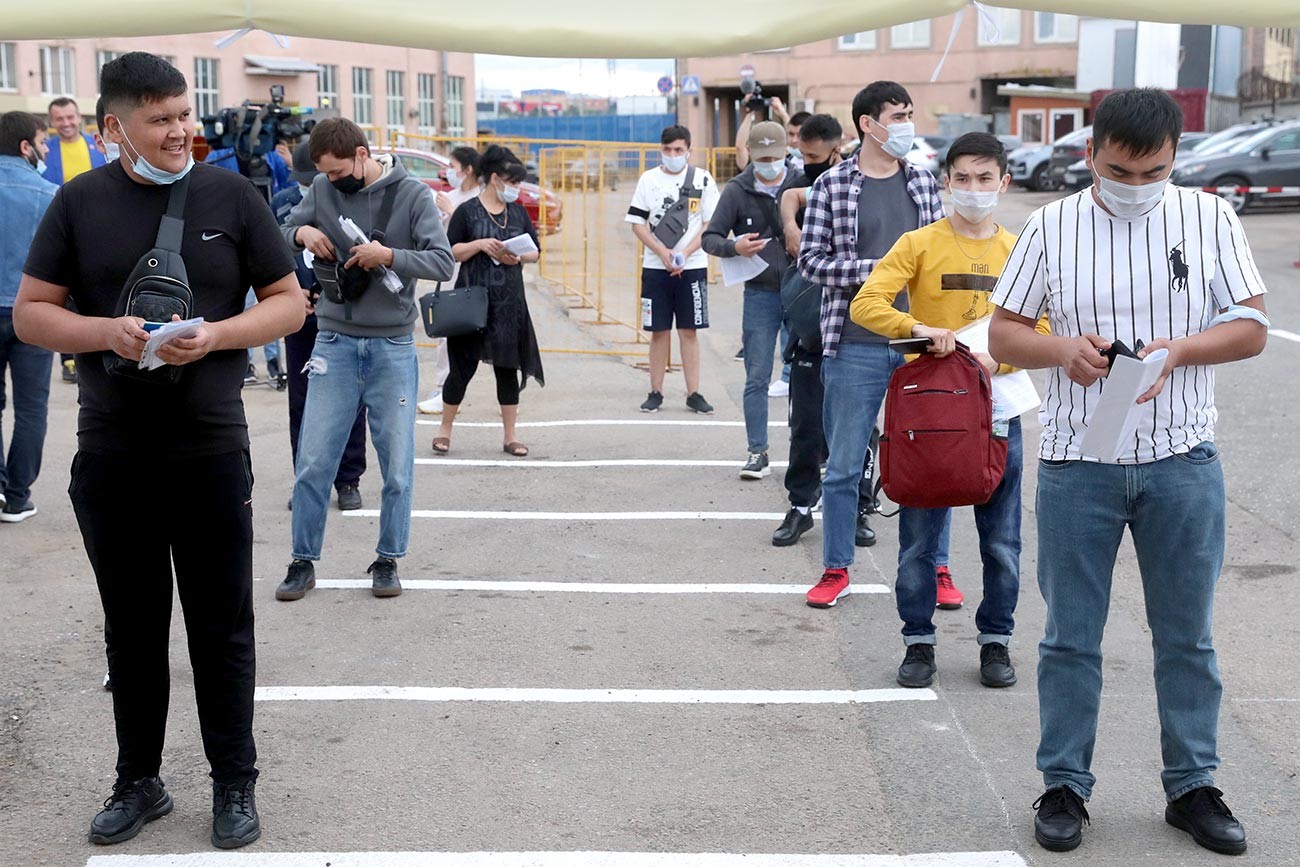 Migrants before COVID-19 vaccination at the Gardenovod Shopping Mall. The vaccination is given once with the Sputnik Light vaccine.

Not quite. Since June 29, two vaccination points for migrant workers have been set up for Moscow and the surrounding region. One is located at the Migration Center in Sakharovo (50km from Moscow) and the other, on the territory of the Sadovod market.

The only vaccine available at these two points is the single-dose Sputnik Light.

“First of all, of course, we need to provide Russians with Sputnik V. Secondly, migrants have a fairly dynamic potential of moving across the border, between different teams, regions and so on, so it would be quite difficult to ensure a normal vaccination cycle. Sputnik Light gives an immediate effect, making it possible to fairly quickly vaccinate those who should be vaccinated," Moscow Mayor Sergei Sobyanin said, explaining the choice of a single-dose vaccine for migrant workers.

According to the mayor, for the first 10 days, the vaccination points for migrants will be operating in a test mode, administering jabs at employers' applications. Each jab will cost employers 1,300 rubles (about $18).

“As the mechanism is tested and improved, vaccination will be offered to other groups of foreign citizens, including those who are self-employed,” the mayor added.