What do Muscovites REALLY wear? (PHOTOS) 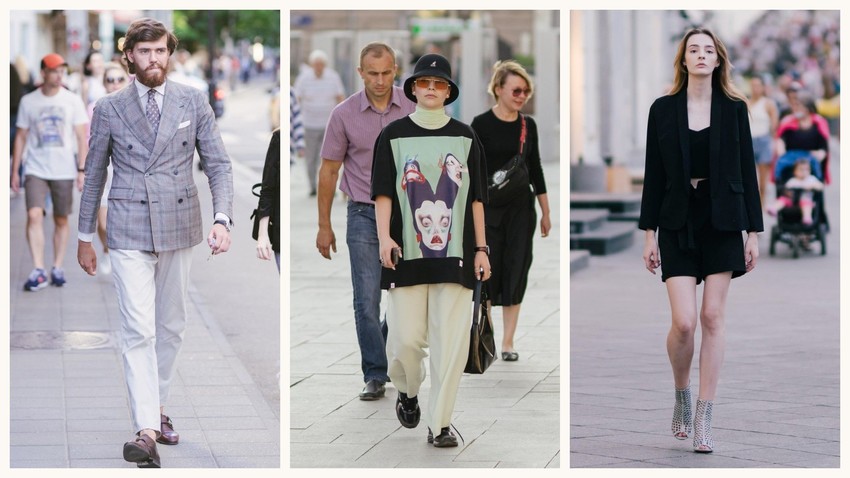 @Watchingmoscow
Photographer Grisha Besko collects examples of what constitutes the everyday Moscow “urban” style. He reveals the main differences that distinguish it from the Western look.

The Watchingmoscow account appeared on Instagram in June 2021. It contained shots of random pedestrians, similar to the type of pages that already exist for numerous Western cities. Every day, new photos of ordinary people going about their business are posted.

The author of the project is Belarusian photographer Grisha Besko, who recently relocated to Russia. As he tells us, the idea for the Instagram page came to him a couple of years back, when he lived in New York: “At that time, I was already into photography and only discovering people-watching as an activity… A similar [activity] is bird-watching, when you go to the woods to spy on birds through binoculars. New York boasts a wealth of colorful and weird people.”

After traveling the U.S., Besko returned to Belarus, before relocating to Moscow in June 2021.

Curiously, he wasn’t aware of the existence of another, similar, account called @watchingnewyork, which focuses on pretty much the same thing his own account does. Besko was only introduced to it in Moscow. “I remembered the idea and realized that the time had come. I had something to work with.”

“Muscovites are, above all, fans of a clean look. The majority of the people dress without the use of loud accessories - the basics. Still, everything belongs and appears to be carefully conceived,” he says.

Muscovites aren’t really into experimenting the same way New Yorkers are, according to Besko. “In Moscow, even if you’re sporting a rebellious style, you still fit into certain prescribed norms of that rebelliousness. In New York, sex rules over all, everything is very frank and experimental. In Moscow, ladies are, perhaps, more womanly, they don’t expose that sexuality to the same degree.

This is not the only difference with the Muscovites. “Yes, I guess I could tell Muscovites apart in a crowd. In these two months that I’ve roamed the streets, I could count on one hand the number of times I’ve seen clothes with Russian logos or the word ‘Moscow’ on a hat.”

“Meanwhile, clothes with American abbreviations, like ‘NY’ or ‘LA’ hats, t-shirts with the U.S. flag or ones with universities - every fourth Muscovite. It looks weird, to be honest - and a number of Americans thought the same thing on a forum: ‘Why do people love that so much?’”

Muscovites like brands, Besko believes. Brand logos are still a common sight. “Moscow is dominated by status. Here’s a D&G shirt and that means it costs a fortune and that I can afford it. The love for ‘American’ baseball hats isn’t too different from this. In the States, only New Yorkers would wear an ‘NY’ hat, while Bostonians would opt for one with a ‘B’. For them, it’s a baseball club and a personal attachment to a city. For us, it’s a brand and you’ll wear it despite not speaking a word of English, nor ever having been to the U.S.”

Besko believes the best places to study the city’s urban style is in areas that are removed from Moscow’s widely lauded tourist spots. “For example, the streets around Patriki [Patriarshiye Prudy - a famous area in Moscow]. They’re narrow, it’s convenient to watch fashionistas there. The same goes for art clusters: ArtPlay, Winzavod. Everywhere where there are less tourists and more locals.”