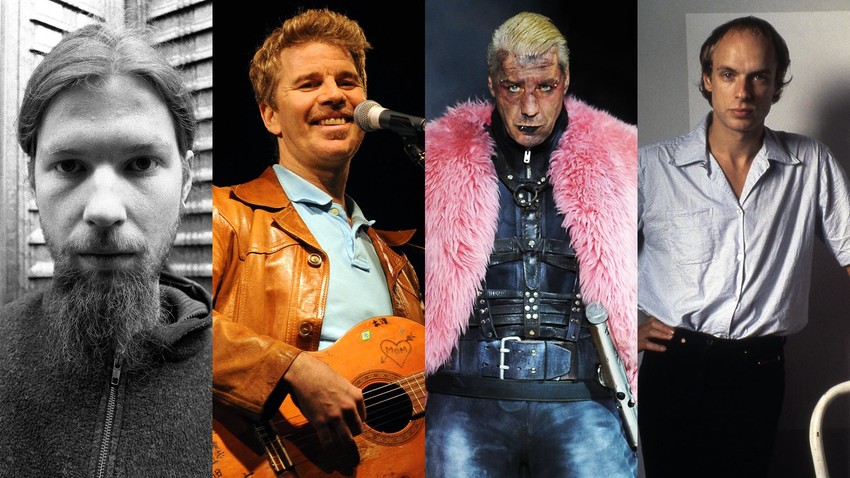 Martyn Goodacre, Roberta Bayley/Redferns/Getty Images; Sergei Fadeichev, Alexander Ryumin/TASS
For some music stars, Russia has become more than just a stop on their tour. In fact, they claim to have been renewed and creatively inspired by the place. 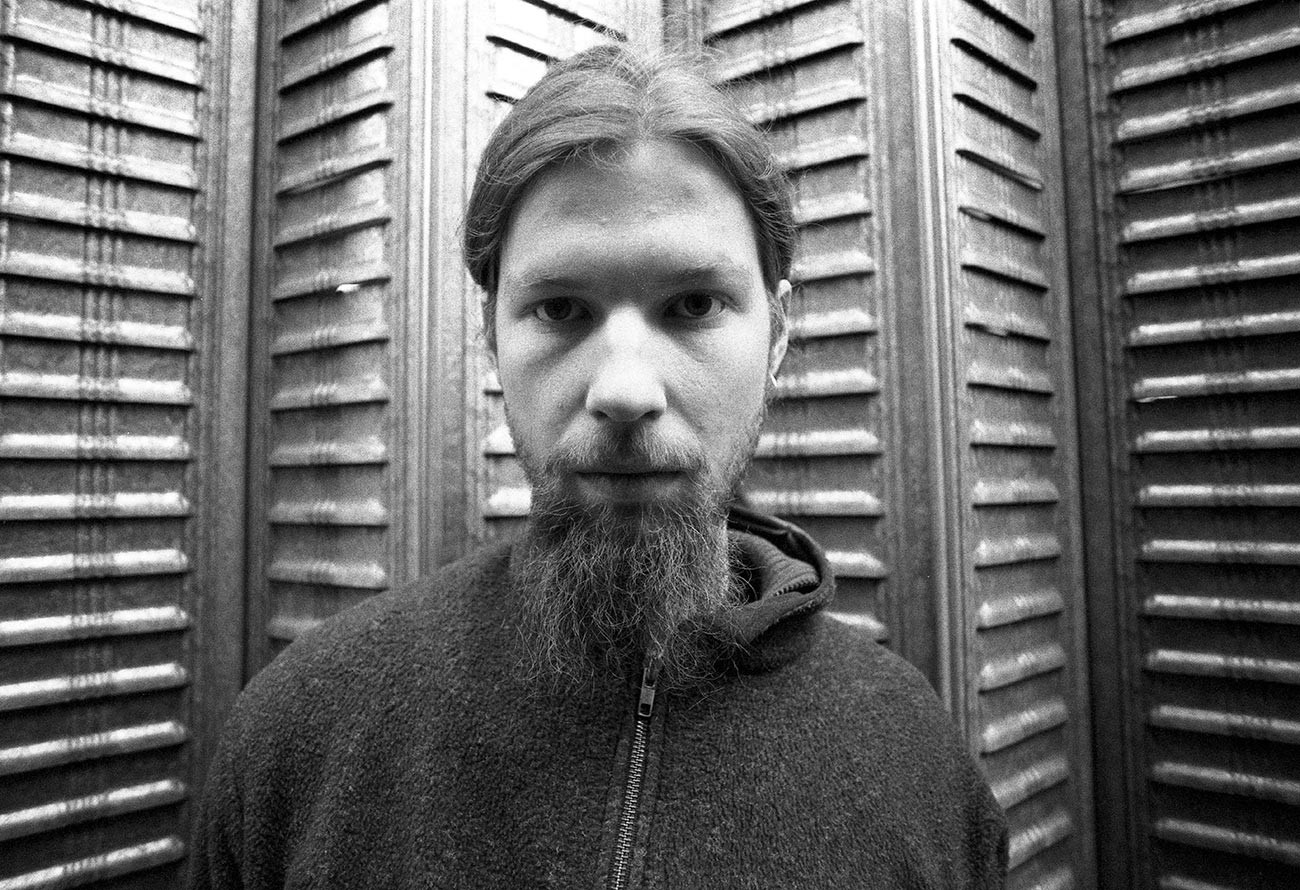 The electronic producer and musical genius Richard D. James, better known by his stage moniker Aphex Twin, has apparently experienced a love story that led him to settle in Russia for two years!

James’s first visit happened in 1994, and there are a lot of rumors surrounding it. according to Russian musical magazine ‘Afisha-Volna’. Some say James got drunk and started a brawl with local unsavory types; others seem to remember that he got food poisoning from belyashi (deep-fried meat pies) and was taken to the hospital by an ambulance that charged him for the ride! Whatever the story, James would return to Russia for completely different reasons 17 years later.

On December 9, 2011, Aphex Twin suddenly turned up in person at one of Moscow’s obscure music venues, just watching the show calmly among the few people in the audience. This is how it became known that he actually was living in Moscow for some time. According to sources in the music industry, he was staying in the Moscow suburb town of Reutov with his girlfriend and future wife. Not much, though, is known about James’s family life, except that he has two sons, and his second wife is a Russian art student.

There are plenty of references to this in Aphex Twin’s Grammy-winning album, ‘Syro’ (2014) – from the track ‘aisatsana’ (Anastasia in reverse) to the fact that in one of the tracks, a Russian female voice can be heard, saying “nosochki, nosochki” (“tiny socks” in Russian). Also, the album’s otherwise enigmatic name rings simple if it is read as a Russian transcription – the word “syro” means “damp/moist,” which, we’re assuming, is in reference to quite usual weather for Moscow. 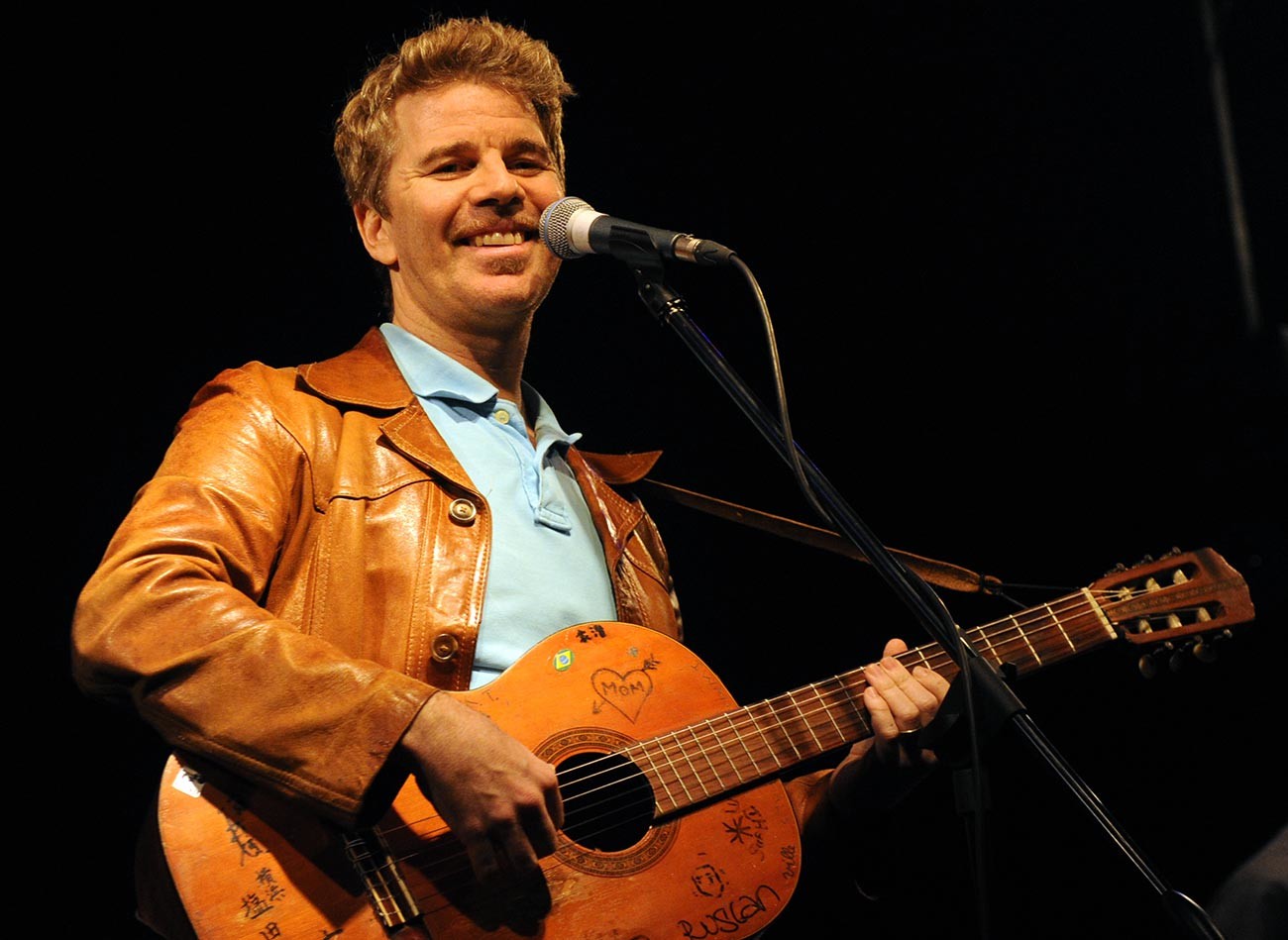 David Brown during a concert in Moscow

Singer-songwriter David Brown, who also played saxophone in Beck Hansen’s band in the late 1990s, started touring Russia with his band ‘Brazzaville’ in the 2010s, although, as he confessed in a 2014 interview to Russia Beyond, he never planned on doing so.

A good part of Brown’s ancestry comes from the former Russian Empire (Ukraine and Belarus), but he doesn’t speak any of the Slavic languages. Nevertheless, he had a minor hit in Russia with ‘Star Called Sun’, a rework of a classic Russian rock song by the legendary Viktor Tsoi, and a few other covers of Russian songs.

David Brown’s latest and most well known accomplishment, however, is creating microphones together with Russian engineers. In 2013, Brown co-founded Soyuz Microphones, with production based in Tula. Thanks to Brown, these Russian mics are now used by some of the most renowned contemporary musicians, including Radiohead and Beck. 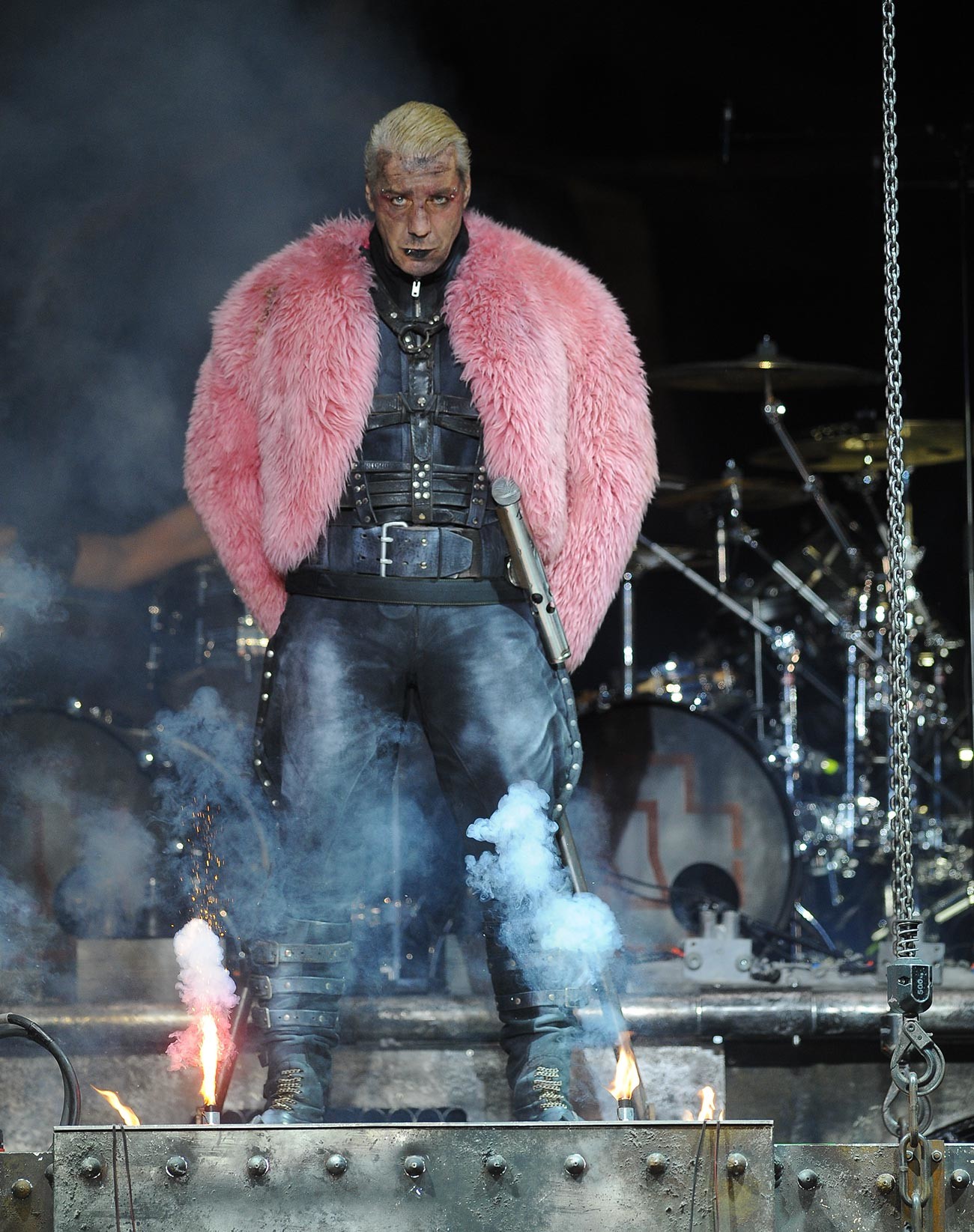 Born in 1963 in Leipzig, then German Democratic Republic, Till Lindemann traveled to the USSR when he was training to perform as a swimmer in the 1980 Moscow Olympics. He returned in 2001 as a leader of the German industrial metal band ‘Rammstein’, which garnered a kind of a cult following in Russia.

In the following years, the ties grew – Rammstein recorded a song dedicated to Moscow, and by the end of the 2010s, Lindemann began frequenting Russia. Filming his videos in Russian studios, hanging out with Russian movie stars or having an alleged affair with Svetlana Loboda, a local musician, as has been rumored in the press. Lindemann even put out books of his poetry in Russian. His latest work was covering a classic Soviet song for a Timur Bekmambetov movie, with many praising his alternative rendition, as well as excellent command of the language.

“I don't care about the market. I grew up in East Germany, and Russia was part of my childhood, my youth,” Lindemann said in an interview. “Our countries were very friendly. This is a very important part of my life.” 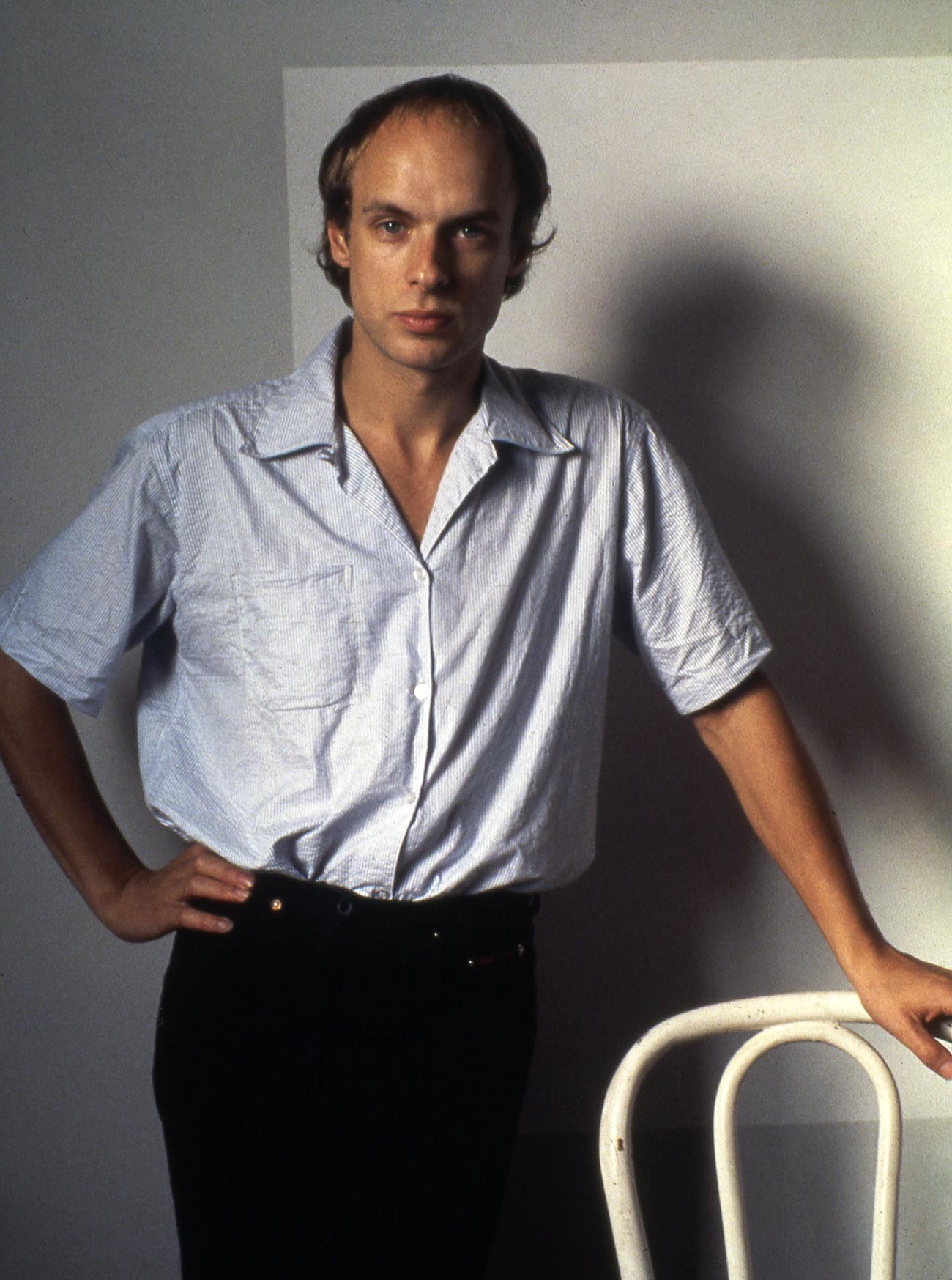 One of contemporary music’s most influential producers, Brian Eno has greatly influenced the signature sound of a great number of iconic bands throughout the last four decades, including Talking Heads, U2, Roxy Music, Coldplay, and many others.

Eno became drawn to Russia in his formative years: “When I was an art student, my favorite period was the early Russian 20th century,” Eno said in an interview. “In 1997, while I was living in St. Petersburg, I literally didn’t get out of the Russian Museum, because it contains an extensive collection of that period. I am ashamed to admit that I have been to the Hermitage only once, but I have been to the Russian Museum at least 25 times!”

Even earlier, in the 1980s, Eno traveled to St. Petersburg several times to work with Petr Mamonov and his ‘Zvuki Mu’ underground band. During his 1997 stay in St. Petersburg, Eno also made two audio-visual installations - at Pavlovsk Palace and the State Russian Museum’s Marble Palace. Moreover, he also wrote a monthly column about life in St. Petersburg for the British Sunday newspaper, The Observer.

“I think Russia is a very, very interesting place because for 70 years they developed as a sort of parallel culture,” Eno said in a 2005 interview to ‘St. Petersburg Times.’ “Not [Western-type], not depending on [the West], highly cultured, but a separate society. So therefore it’s a kind of very interesting experiment that we can learn something from.”